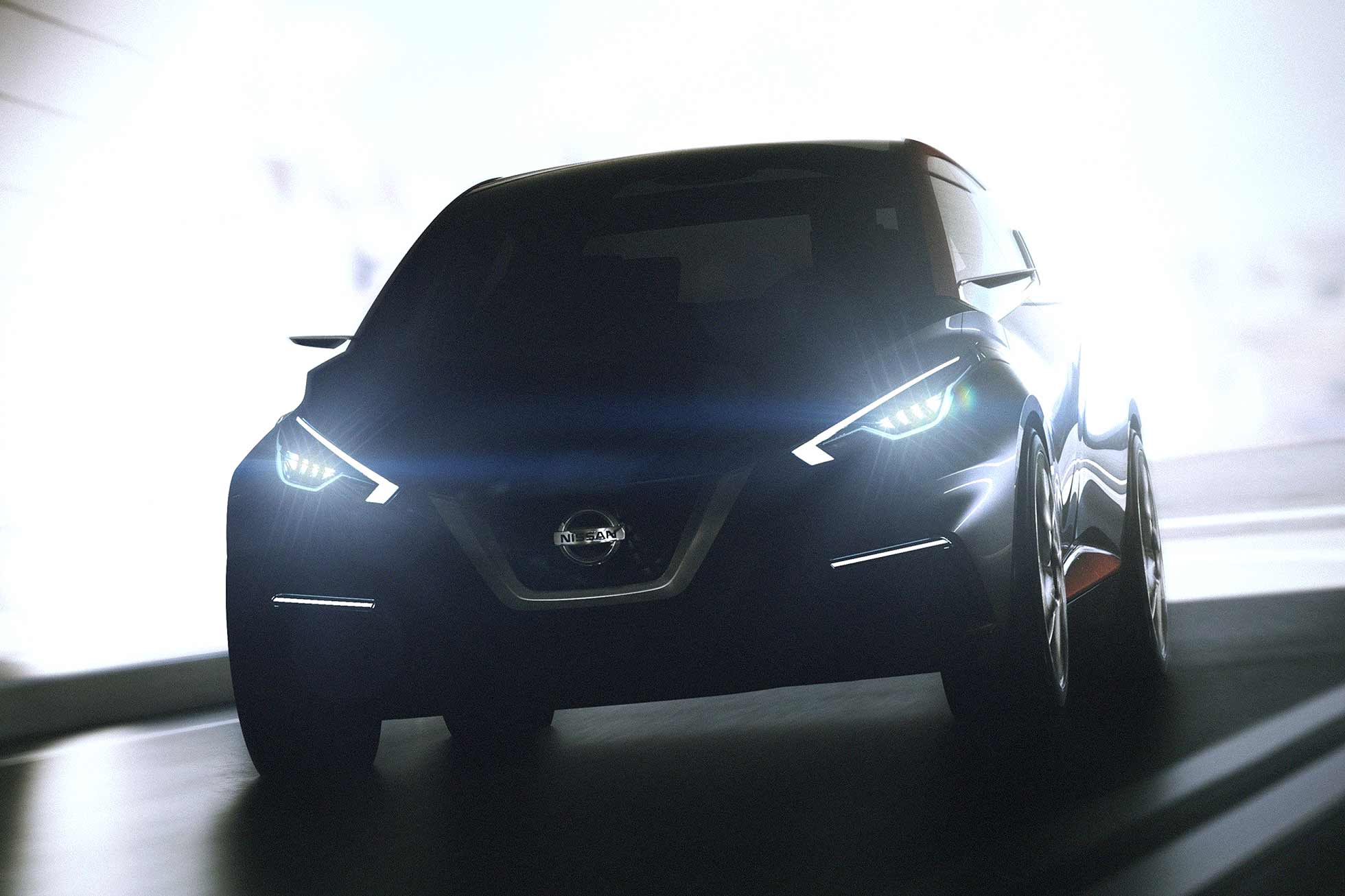 Nissan will reveal the Sway Concept at the 2015 Geneva Motor Show, offering the first glimpse of the forthcoming all-new European-built 2016 Micra.

It has already been confirmed that Renault will build the next Micra at its Flins factory in France. This means the new model will likely be derived from the Renault Clio 4, following Renault-Nissan Alliance logic.

It will replace the disappointing current model, assembled in India as a below-par replacement to the former Sunderland-built model.

Now, Nissan is showing a first look at the Sway Concept that will preview the new supermini – and it looks like the new car is going to get a very distinctive front end, bold LED daytime running lights and some deeply contoured front wings.

The lower half of the doors look to have the same scalloping as the current Renault Clio too, although we can’t yet see if any panels are actually shared with the Clio.

Suggesting its London design office has taken the lead in the design of the new Sway Concept, Nissan said: “Innovative design and product planning gave birth to Nissan Qashqai and Juke, two of the biggest automotive success stories of recent years.

“What would happen if the company applied the same radical thinking and quality standards to one of the most important sectors in Europe: the small hatchback?

“The Nissan Sway Concept is a glimpse at how a future generation of small Nissan models could look if the company’s striking new design language was applied to a European hatchback.”

It will be revealed in full at the 2015 Geneva Motor Show on 3 March.