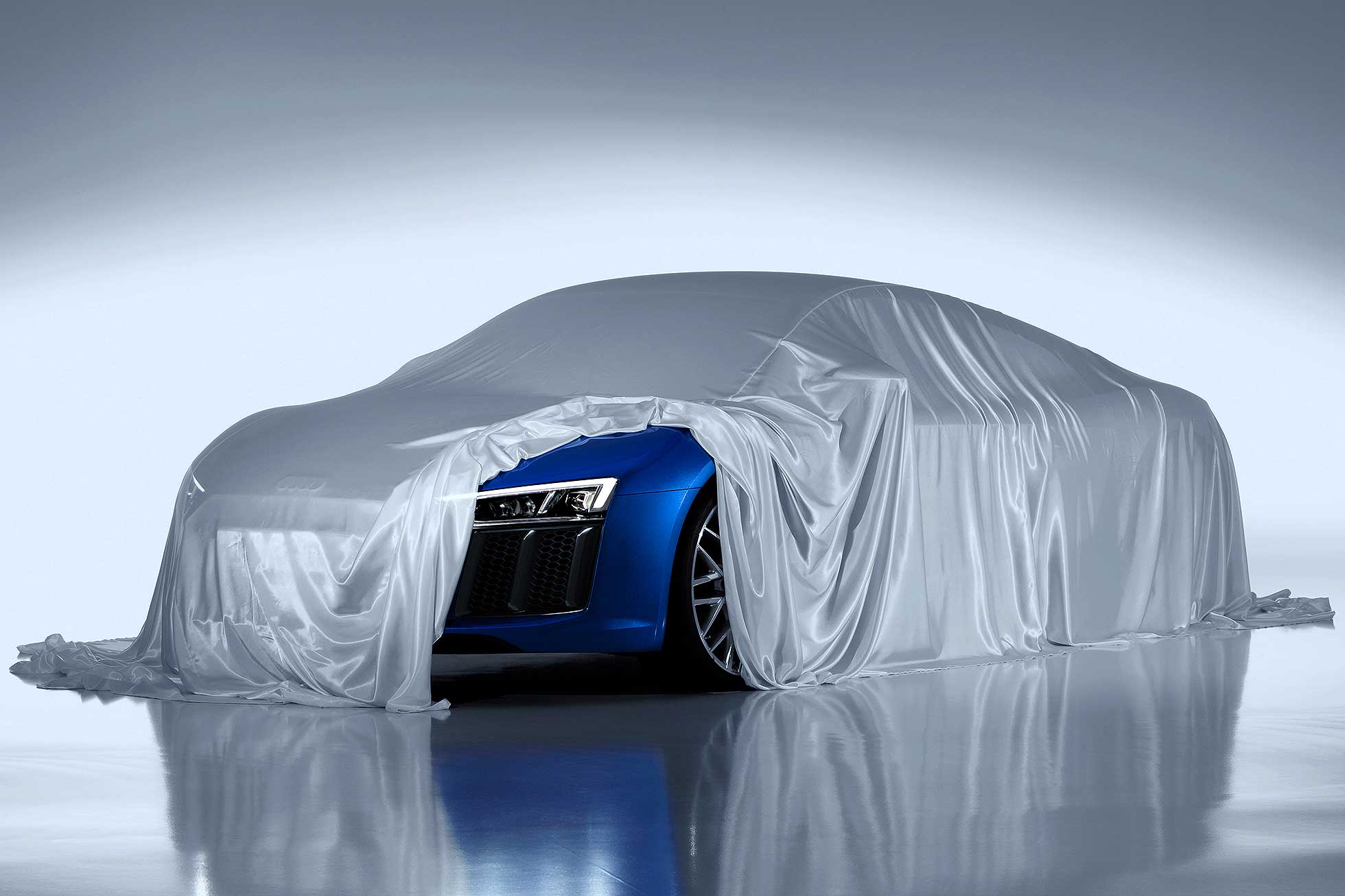 Audi will reveal the new R8 supercar at the 2015 Geneva Motor Show – and has uncovered the laser headlights of the new car.

Hidden beneath a sheet, the new R8 looks clearly related to the original, with what appears to be a similar flow to the rear and crisp, sharp front lights.

Fuller wheelarches can be seen beneath the sheet disguise, and cooling ducts at the front appear to be more aggressive.

Audi isn’t yet telling us anything official though, other than that it will use LED headlights as standard, with optional laser lights. Even compared to LEDs, the laser beam covers nearly twice the range.

The laser lights have already been race-proven: they were fitted to the Audi R18 e-tron quattro that won the 2014 24 Hours of Le Mans; they also made their road debut on the R8 LMX special edition.

Audi is expected to reveal more about the new R8, closely related to the Lamborghini Huracan, in the build-up to the big Geneva show.