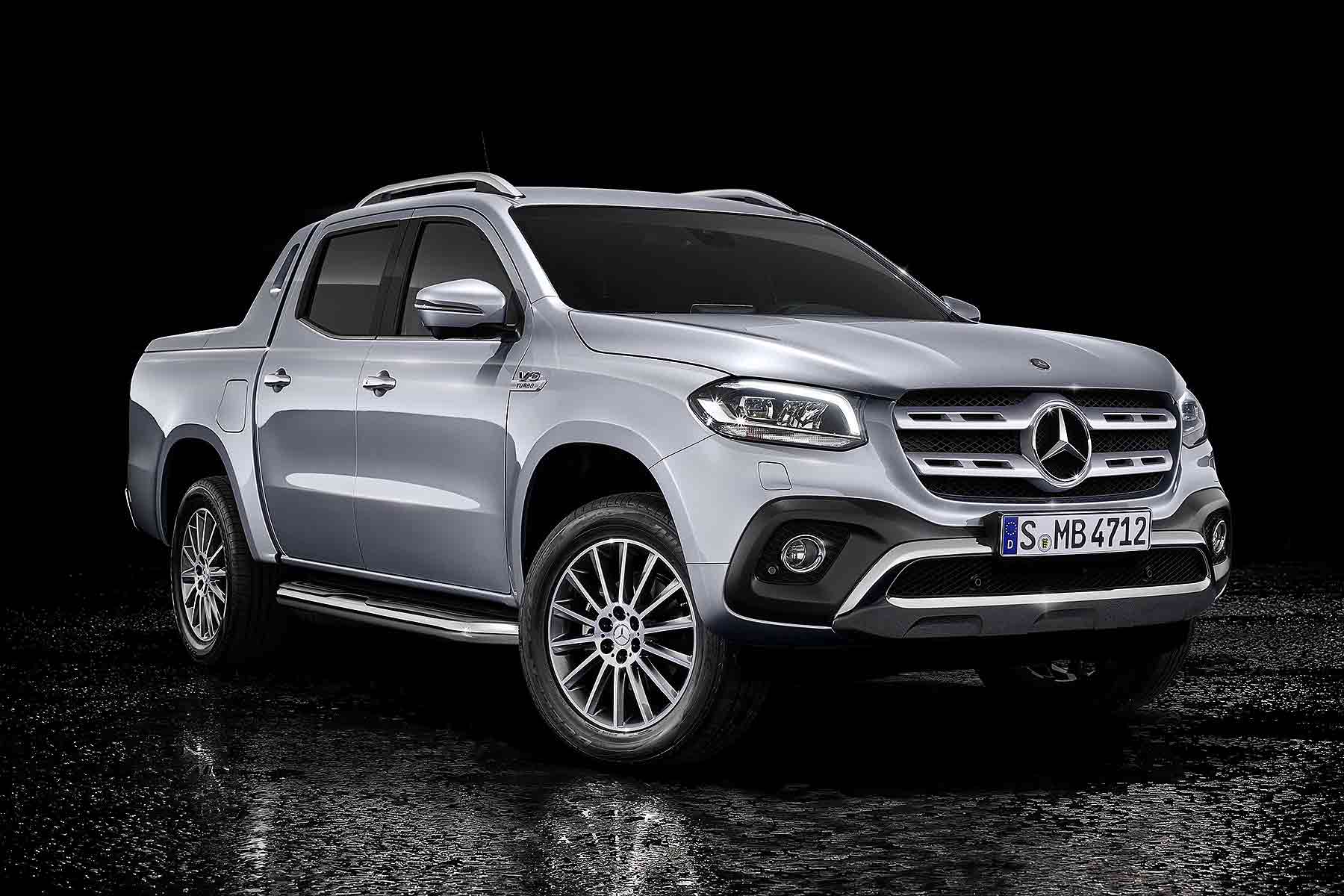 The worst-kept secret in the world of pick-ups is out: Mercedes-Benz will reveal the V6-engined X-Class at the 2018 Geneva Motor Show next week, ahead of the range-topper’s market launch in the summer.

The 3.0-litre V6 turbodiesel powering the X 350 d 4MATIC produces 258hp which, aided by a seven-speed automatic, helps it from 0-62mph in a scant 7.9 seconds. Provisional fuel economy figures suggest it will return over 31mpg, emitting 237g/km CO2 in the process.

Unlike the more basic system in four-cylinder X-Class, the 4MATIC all-wheel drive system is permanent, with a rear-biased weight distribution and low-range gearbox. There’s an optional locking rear differential as well, and 222mm of ground clearance, while 600mm of wading prowess furthers its off-road credentials. 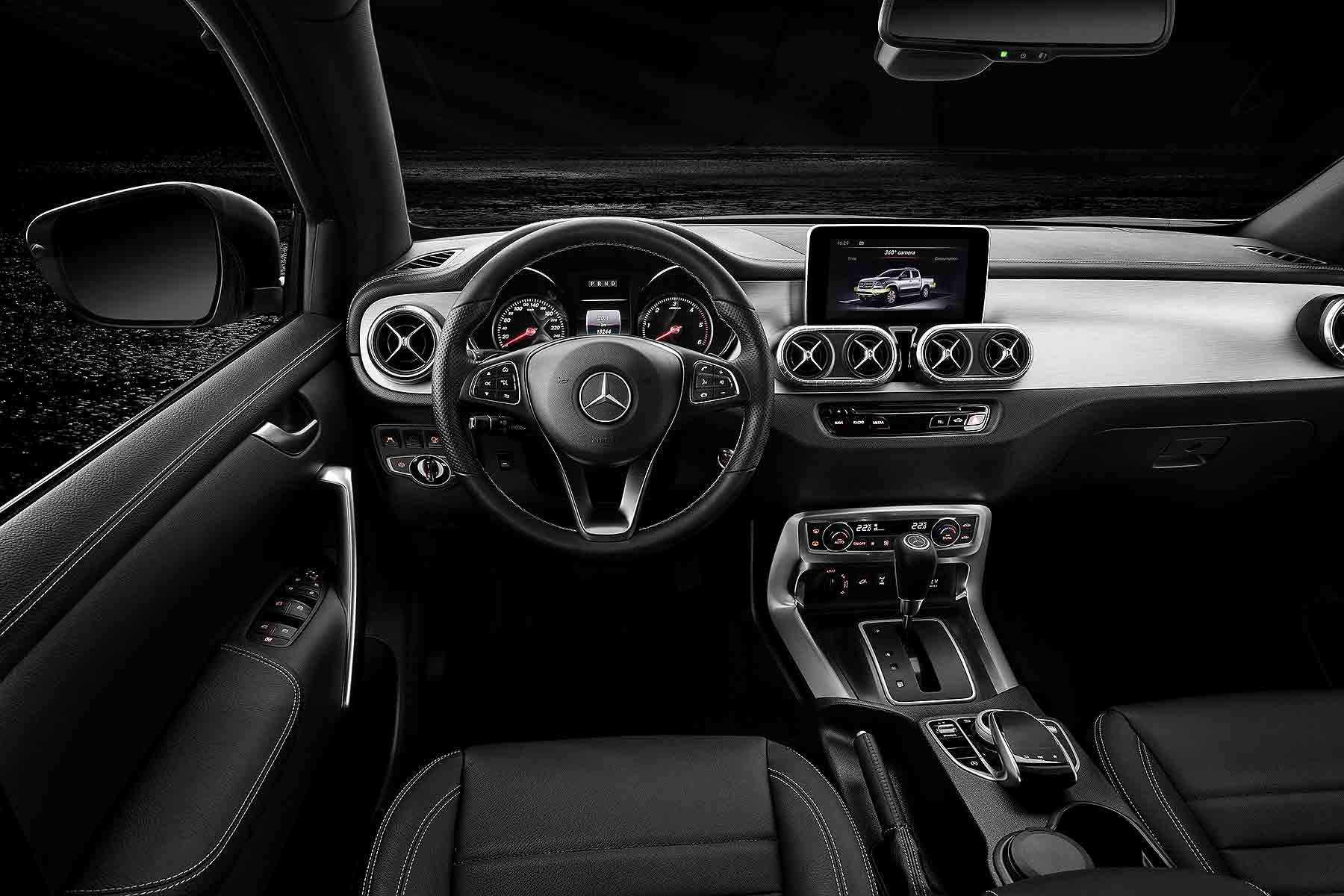 Peering beneath will reveal double wishbone front suspension and a coil-sprung multi-link rear axle, so it should have the enhanced driving manners to complement the creamy engine – which Mercedes-Benz boasts has features such as F1-grade NANOSLIDE cylinder liner coatings and a variable geometry turbocharger.

Peak torque of 405lb ft is delivered flat from 1,400-3,200rpm, and “serene and efficient progress” is apparently guaranteed (it says here). Knowing how well this engine performs in Mercedes-Benz road cars, we can’t wait to try it in the new double-cab pick-up X-Class. 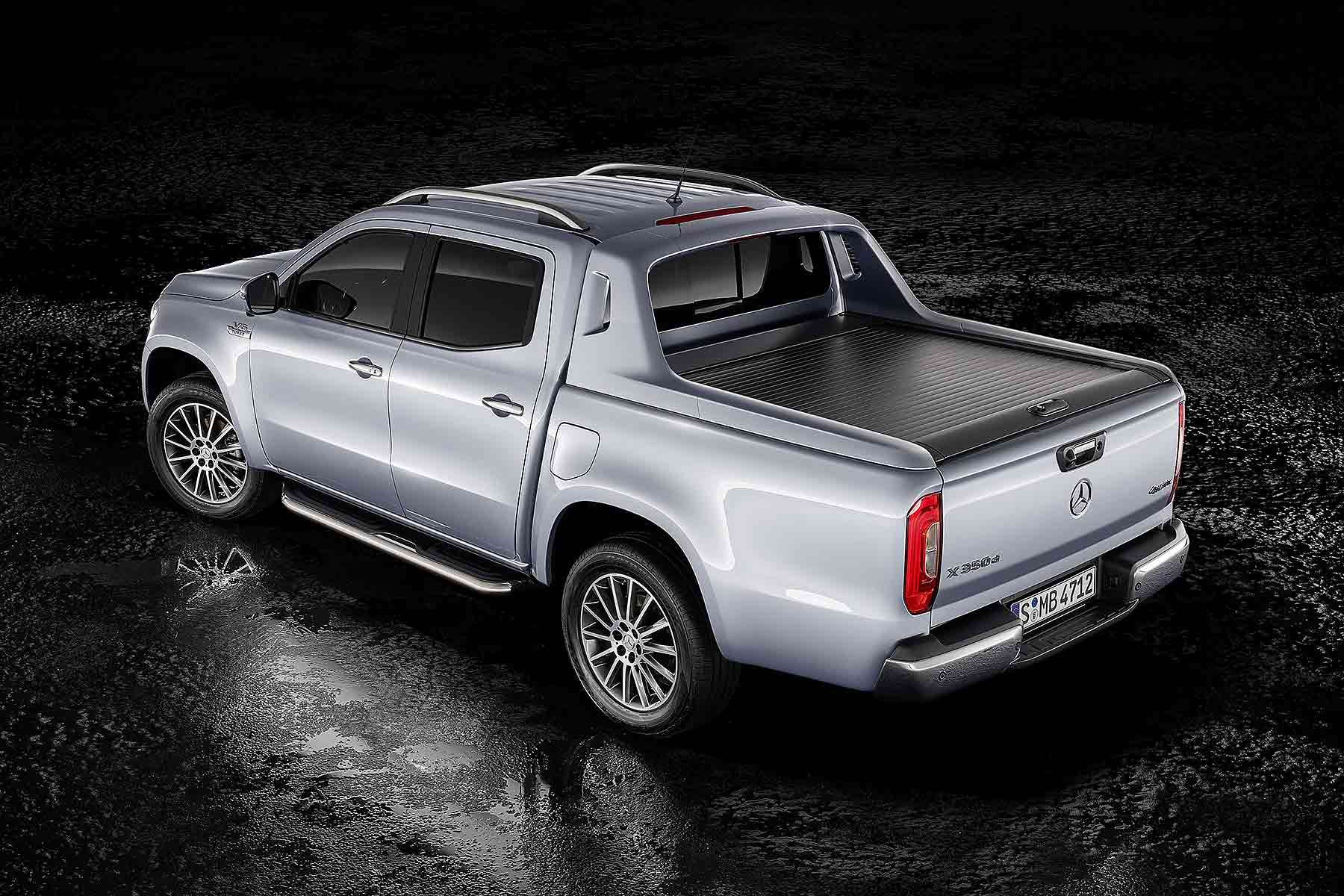 Prices might be the only spoiler. In POWER spec, the X 250 d auto costs almost £41,000 (or £34,100 sans VAT, as most double-cabs are sold). Expect a suitable price hike for the V6, which might call for some particularly creative man-maths amongst the small business owners expected to form the majority of posh X-Class sales…