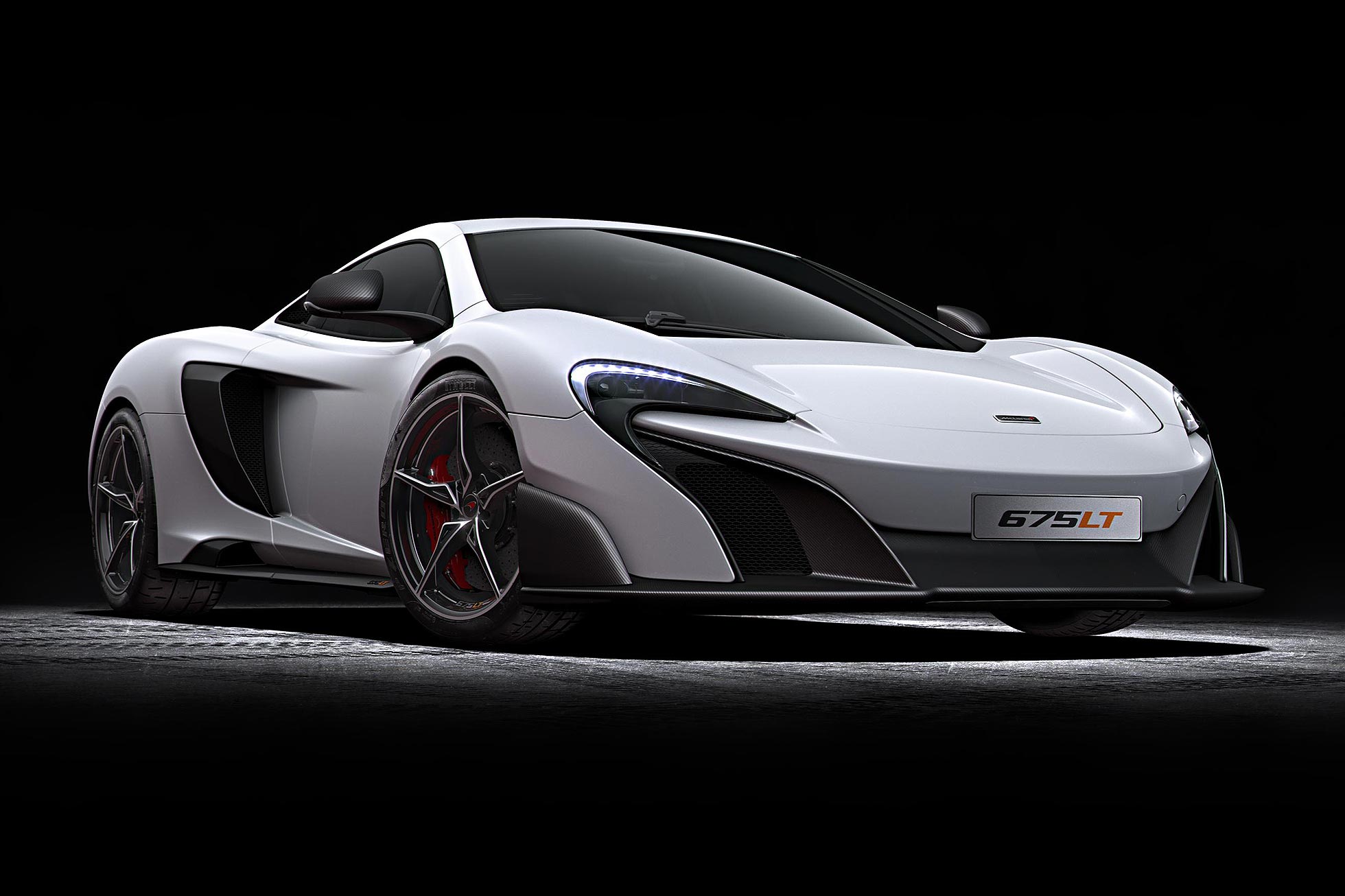 McLaren will bring weeks of teases to a close at the 2015 Geneva Motor Show on 3 March when it reveals the new 675LT supercar. 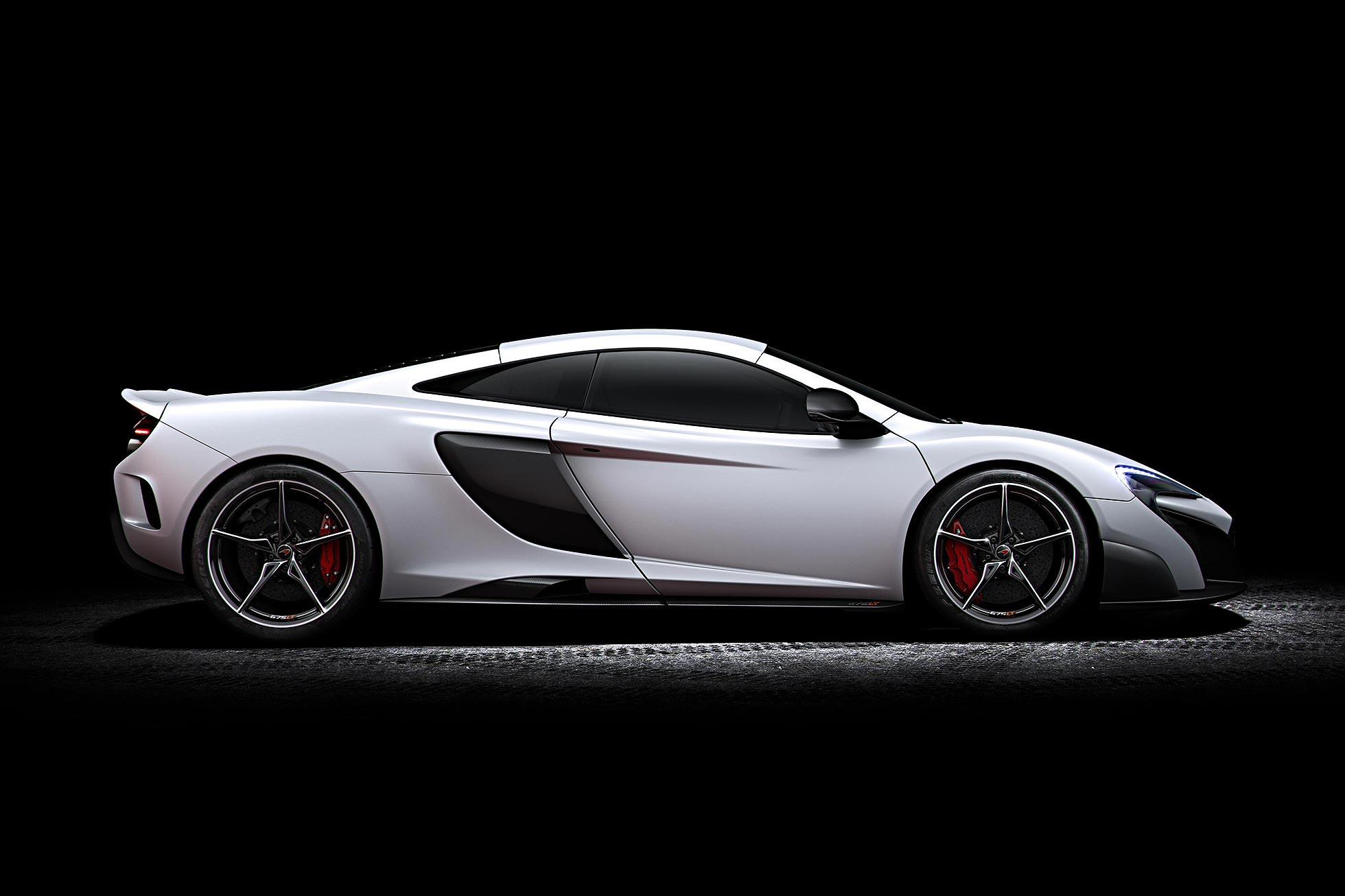 It will only be offered in coupe guise, and is the fastest non-hypercar McLaren yet: 0-62mph takes 2.9 seconds, 0-124mph takes 7.9 seconds. It’s 100kg lighter than the 650S, making it the lightest supercar in its class and giving a stonking power-to-weight ratio of 549hp per tonne.

Such extensive changes are why one in three parts on the 675LT has been changed over the standard 650S, including half of the 3.8-litre twin-turbo M838TL V8 engine alone.

Compared to the 650S, it has an extended carbon fibre front splitter, extended door blades, additional cooling intakes and twin circular titanium exhaust pipes. With a 50 per cent bigger active ‘Longtail’ Airbrake than the 650S, there’ll be no missing it on the road. 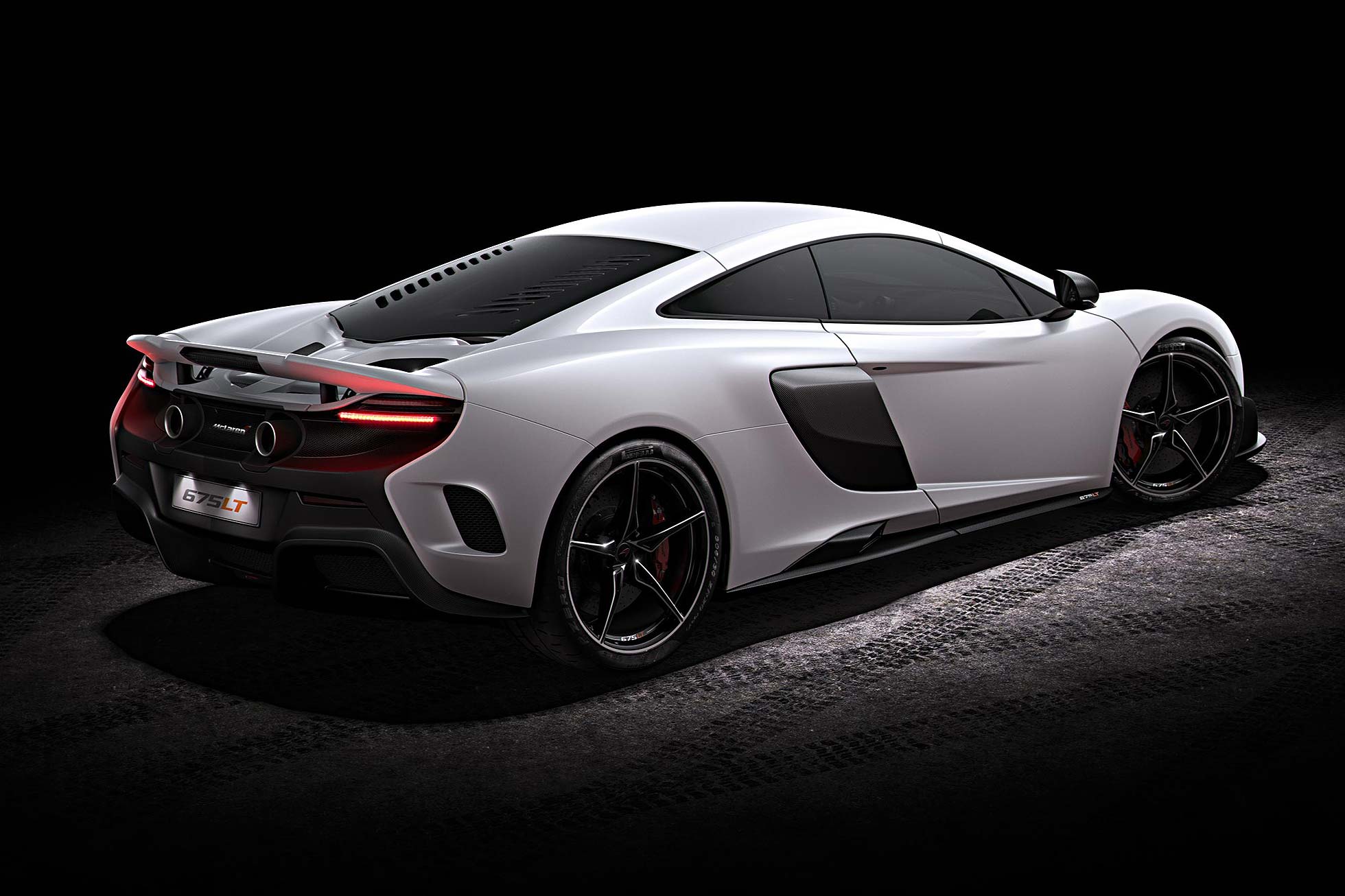 (Impressively, the carbon fibre Longtail Airbrake is actually lighter than on the standard 650S, despite being so much bigger)

McLaren is bullish about how focused the new 657LT is: road legal it may well be, but it’s no soft touch. Owners can even choose to delete air conditioning if they’re really committed to the racer-spec cause, although as it’s a no-cost option, few are actually expected to do so.

Much of the bodywork is made from carbon fibre, there are new front wing end plates to increase downforce over the front wheels and a carbon fibre rear bumper cuts air pressure over the rear wheels.

It’s a bit like reading the spec sheet for a new F1 car. 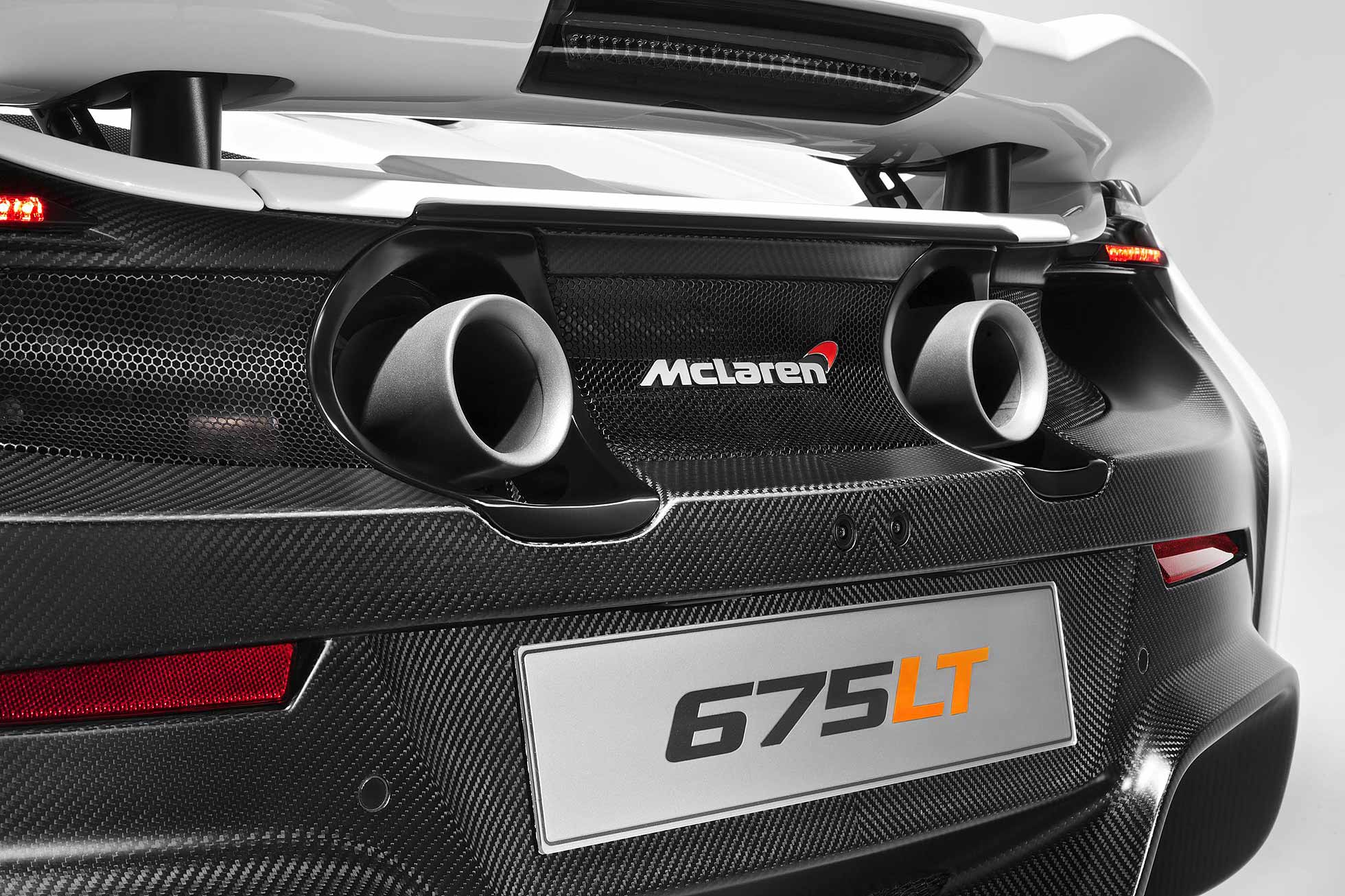 McLaren doesn’t even offer a normal colour choice. The 675LT will instead be sold in five ‘By McLaren’ hero specifications (McLaren’s words, not ours). Four of them are all-new: Silica White, Delta Red, Napier Green and Chicane Grey.

Heritage McLaren Orange will also be available, and all will have stripped-back interiors (McLaren’s dumped the air con controls and integrated them into the central touchscreen instead) in complementary colours. 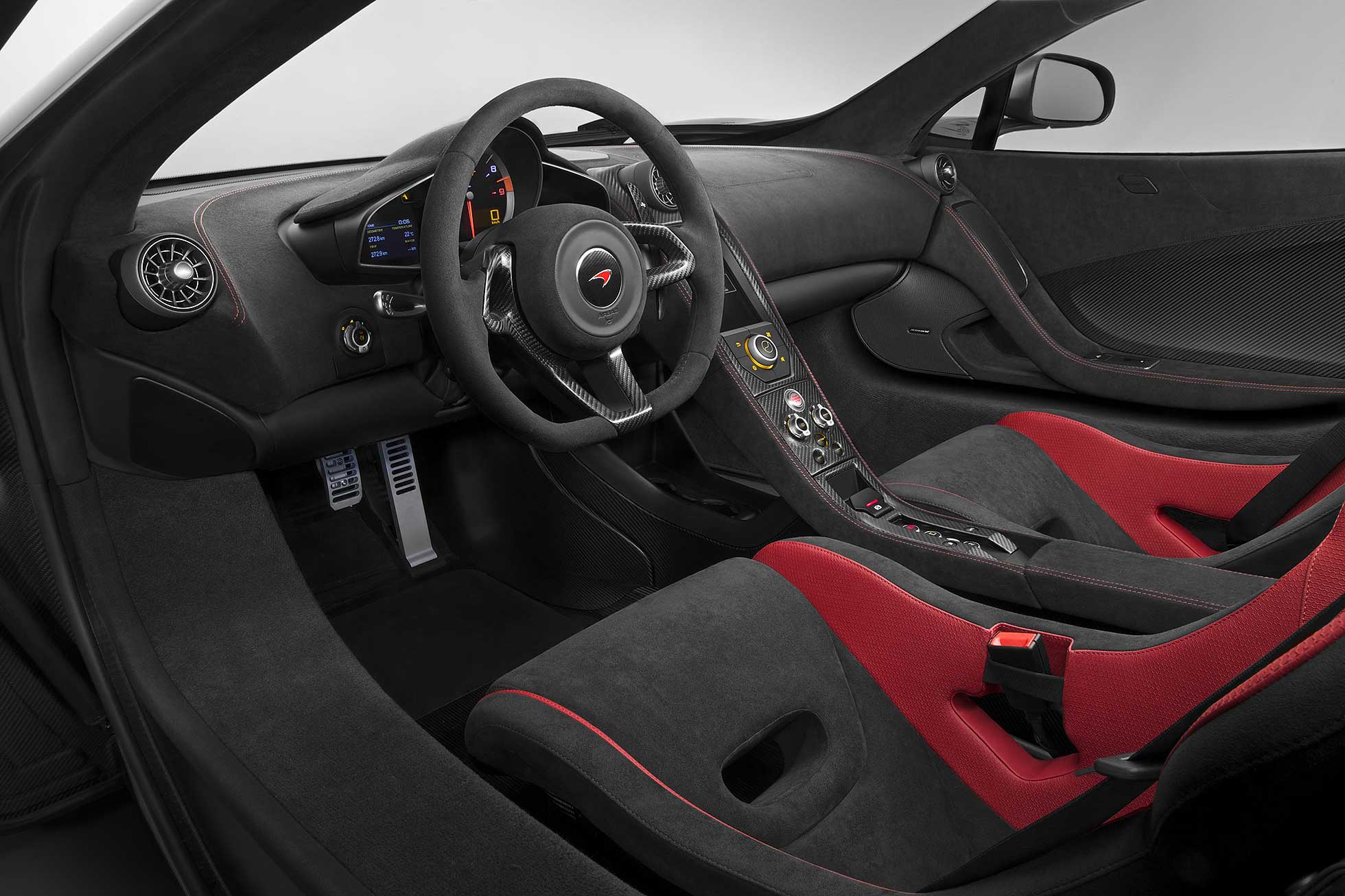 Oh, and if the seats look familiar, that’s because they’re modelled on the ones in the monstrous McLaren P1. All tantalising stuff, and sure to provide a stern challenge to the new Ferrari 488 GTB. Battle will commence from midday next Tuesday over in Geneva…