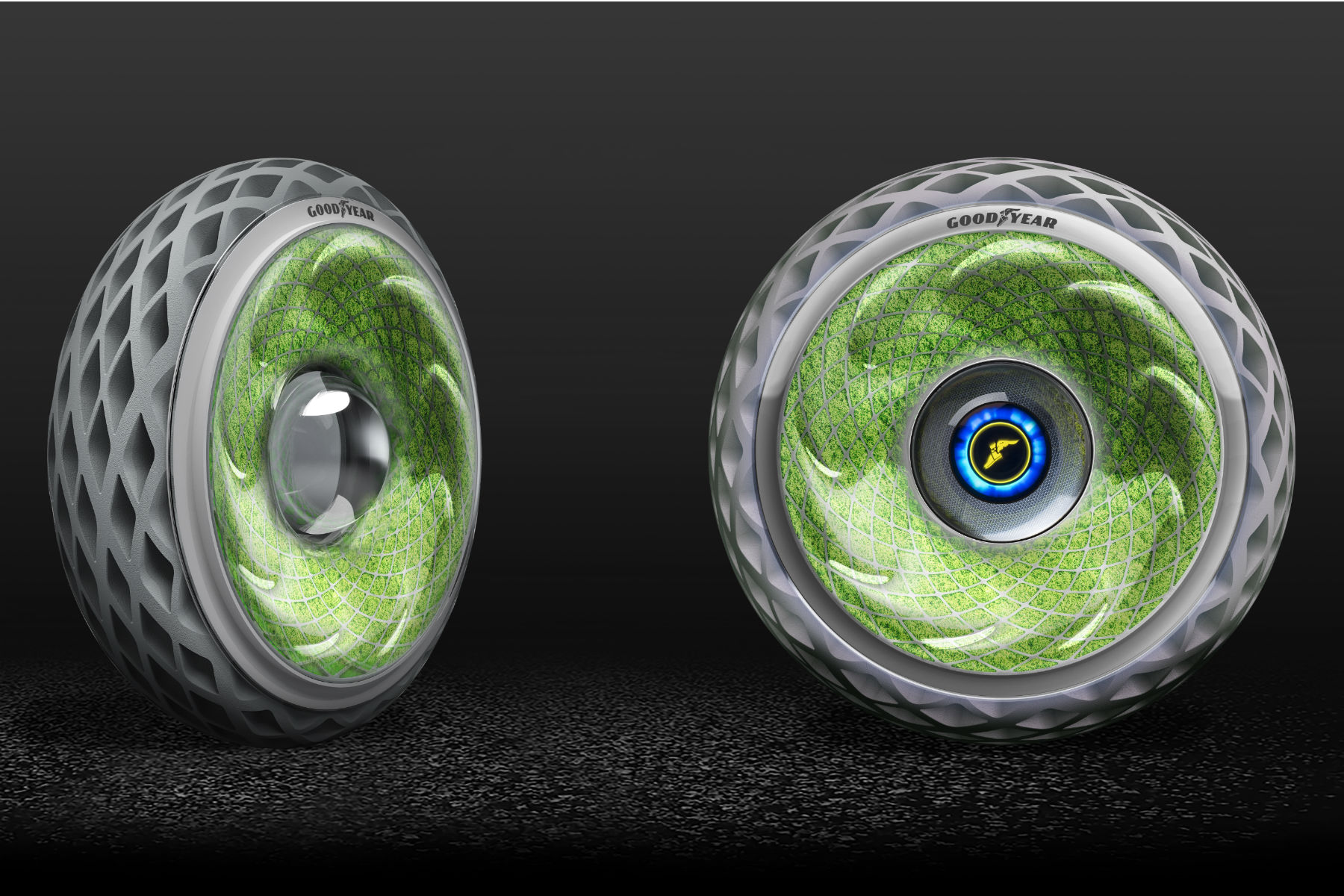 Goodyear has revealed a concept tyre that can create its own electricity using living moss grown within the sidewall.

Unveiled at the Geneva Motor Show, the Goodyear Oxygene features a smart tread design that absorbs water from the road surface as well as CO2 from the atmosphere before releasing oxygen as a result of photosynthesis.

It also harvests energy created during photosynthesis to power a host of embedded electronics, including onboard sensors and even an LED light strip that changes colour to warn other road users of upcoming manoeuvres, such as lane changes or braking.

The tyre manufacturer estimates that if every vehicle in Paris used these tyres, nearly 3,000 tonnes of oxygen would be generated and more than 4,000 tonnes of carbon dioxide would be absorbed. 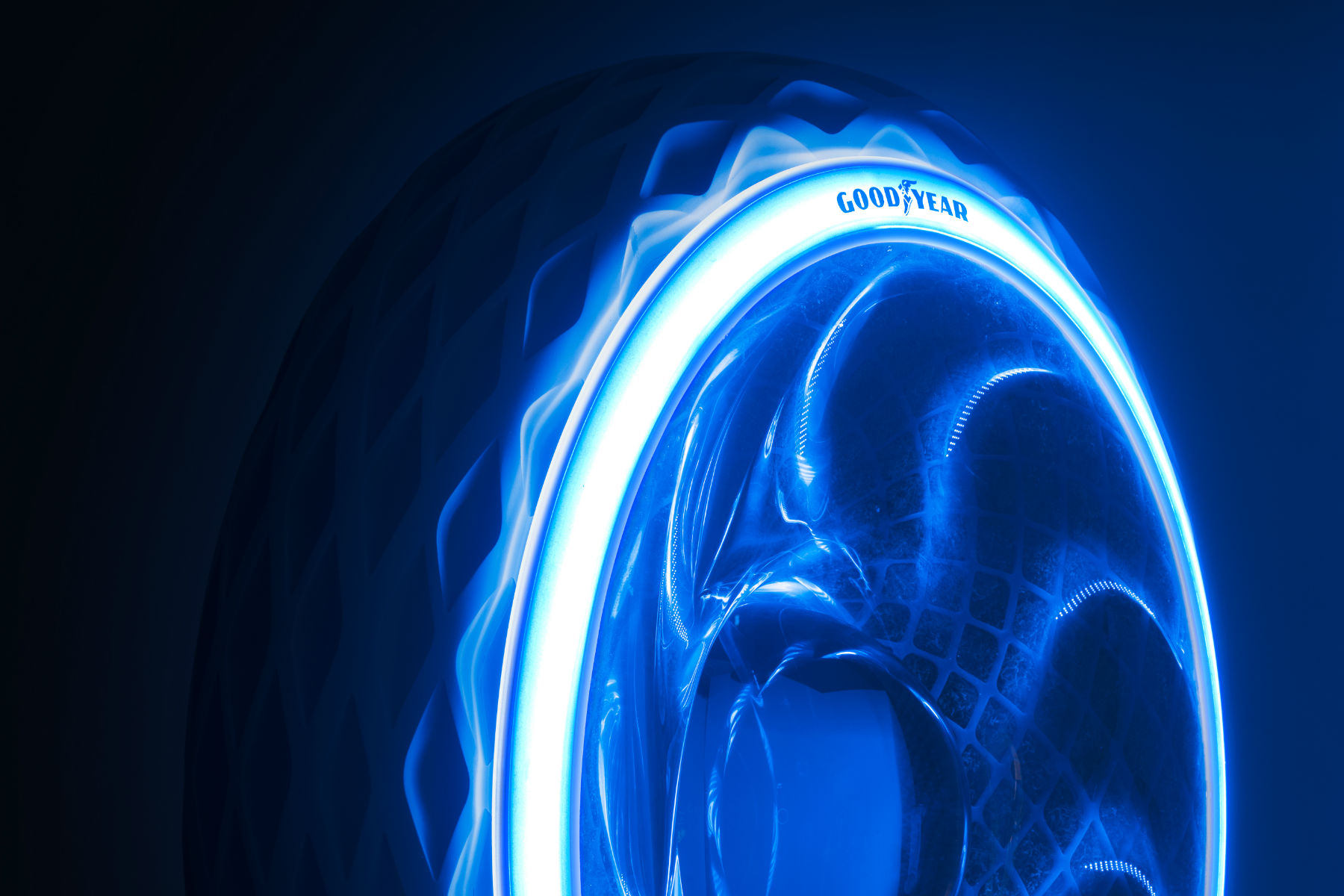 Speaking to Motoring Research, Goodyear’s director of consumer technology, Percy LeMair, hinted that elements of the concept tyre could make it to production in the near-future.

“We’ve got our prototype intelligent tyre on the stand today,” he said. “Five or six years ago, that was a crazy concept. Now it’s reality.”

The prototype intelligent tyre uses sensors to monitor information such as wear, temperature and pressure. As well as reporting issues to drivers and fleet managers via a mobile app, it can provide an estimate of how long the tyre will last. It can also communicate with other vehicles – warning them of potholes, for example, or even greasy roads.

Like the intelligent tyre, the Oxygene concept uses Li-Fi internet to allow the tyre to connect to the ‘internet of things’. The tyre doesn’t rely on air, while the materials used to make it can be recycled easily.

Another prototype on the Goodyear stand at Geneva is a tyre intended to increase electric vehicle range by up to 30 percent.

“Designing tyres for electric vehicles can be a challenge,” said LeMair. “They have to cope with high levels of torque, which can increase the wear of a standard tyre dramatically.

“They also need low rolling resistance to increase range, while tyre noise is more of an issue than it is in a standard car.”

This is cool – Goodyear’s intelligent tyre prototype. It uses sensors in the tyre to communicate with other cars, warning them of potholes, greasy roads etc. It also lets fleet managers monitor tyres remotely and estimate when they’ll need replacing. #GIMS2018 pic.twitter.com/SFYUHuUbTC