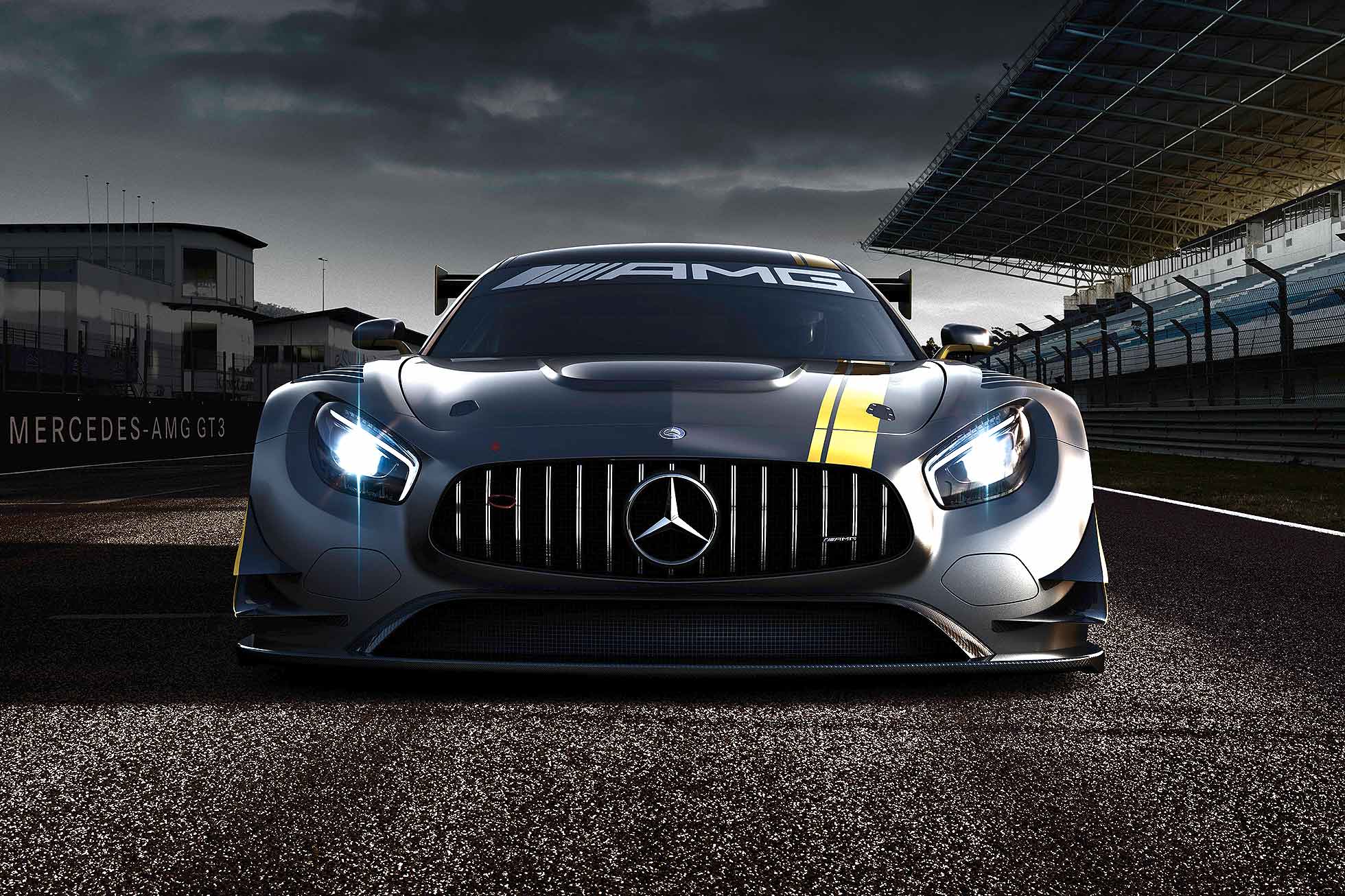 Mercedes-AMG has revealed the first image of its new GT3 track racer, the aptly-named GT3.

Set to star at the 2015 Geneva Motor Show, the new FIA GT3 regulations-compliant track version of the Mercedes-AMG GT is set to take over the mantel of the highly successful Mercedes-Benz SLS AMG GT3 racing car.

The firm has only released one teaser image of the mean-looking GT3 at this stage, and isn’t confirming full details of the new car yet, but did issue a short statement.

“The sports car and performance brand of Mercedes-Benz is presenting a new customer sport racing car that complies with FIA GT3 race regulations in the form of the new Mercedes-AMG GT3,” it said.

“The superb racetrack performance of the road-going GT forms the ideal basis on which to model the new Mercedes-AMG GT3, which is due to make its debut appearance at the Geneva Motor Show.”