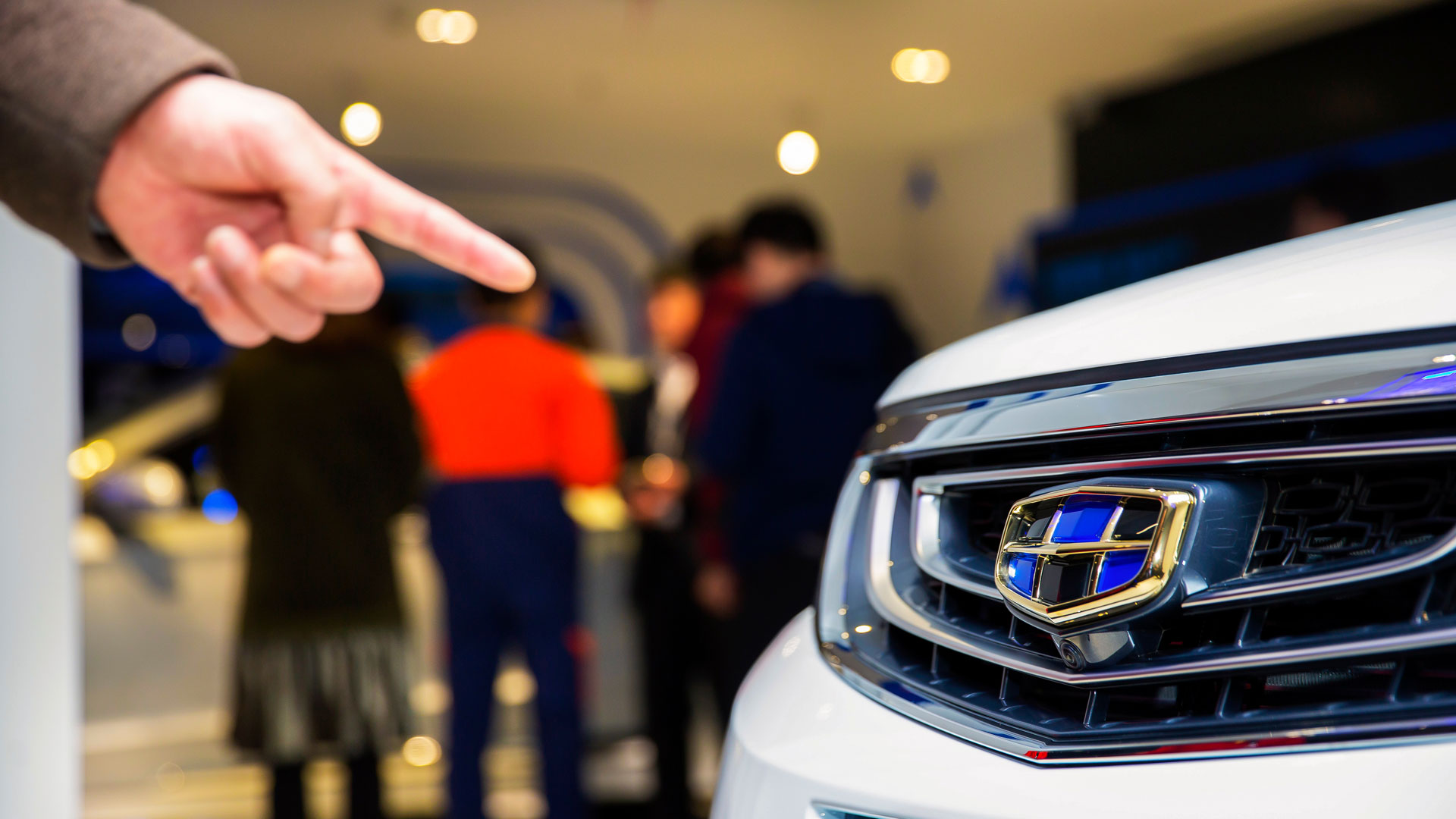 In automotive industry terms, Geely is a relative newcomer. Founded in 1986, the company didn’t start producing cars until 1998, which means it has just two decades of automotive manufacturing to its name. But that doesn’t mean Geely is a mere minnow in a pond of big fish. On the contrary, the Chinese company is a huge force in its domestic market and is becoming increasingly influential across the world. It has over 80,000 employees and made a record profit of 12.55 billion yuan (£1.4 billion). Here’s a brief snapshot of the biggest car brand you might not have heard of. 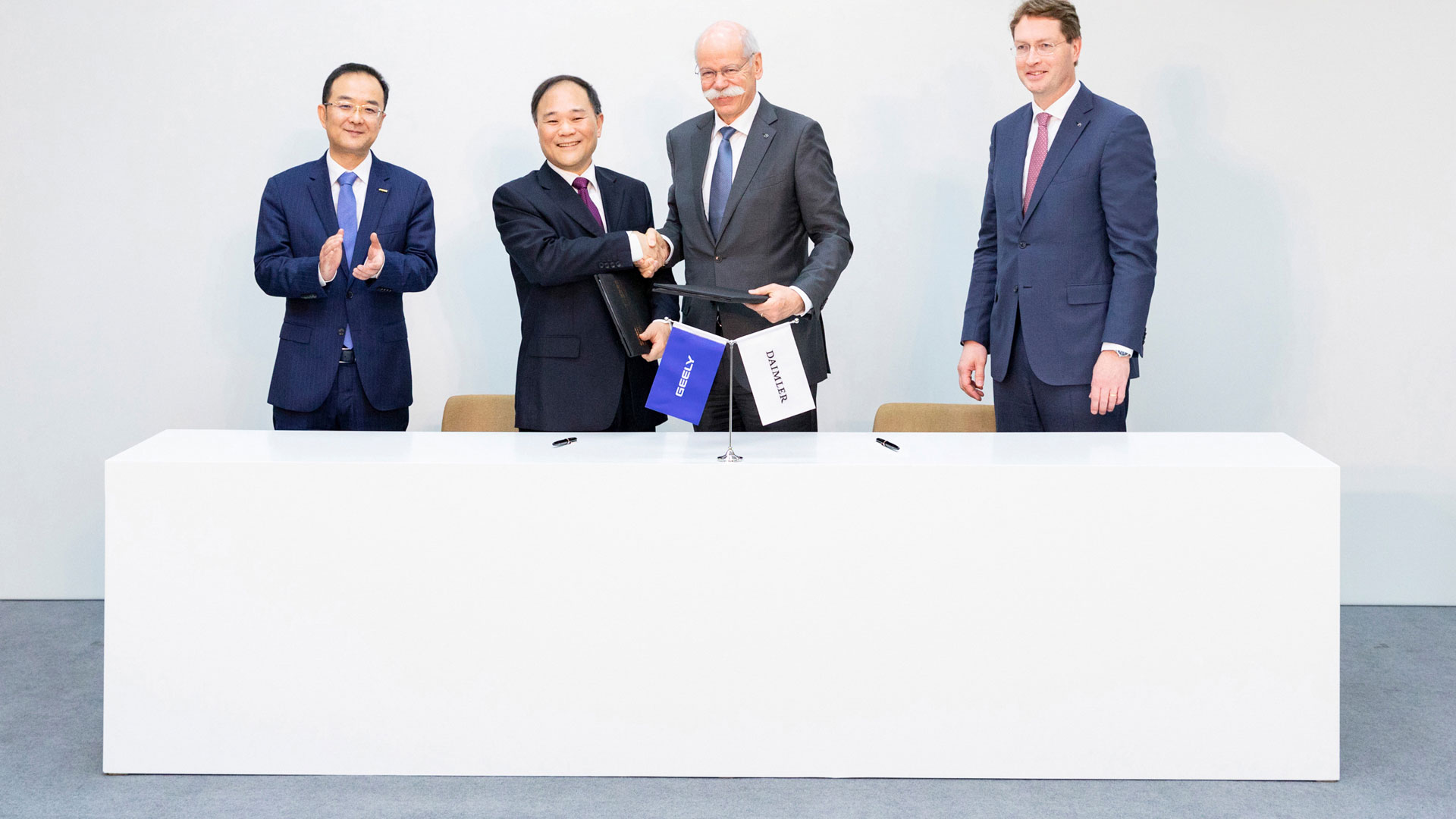 If you’re after evidence of Geely’s might, look no further than the fact that, in February 2018, Geely Group announced it had acquired a 9.7 percent stake in Daimler AG, making chairman Li Shufu the largest shareholder of the German company. A year later, the two companies published details of a new 50:50 joint venture to develop a new generation of Smart electric cars at a new purpose-built electric car factory in China. Mercedes-Benz will take care of the styling with Geely handling the engineering; global sales of the new EVs will begin in 2022. 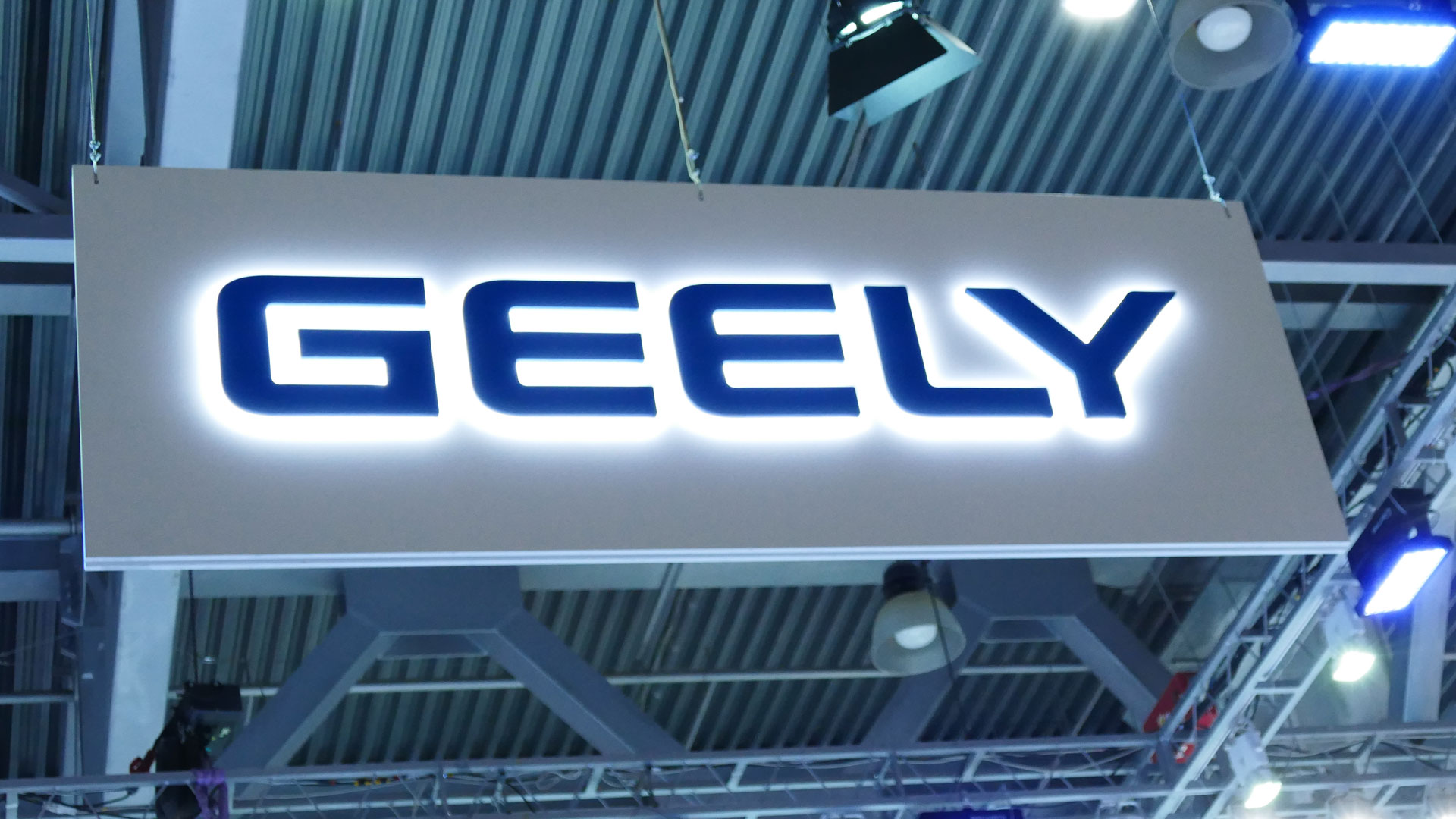 Zhejiang Geely Holding Group – to give the company its full name – was founded by Li Shufu in 1986. Back then, the Chinese company built refrigerators, but it wasn’t long before it started to explore new opportunities. In 1994, Geely began building motorcycles, including China’s first ever electric scooter. Three years later, the Group had entered the higher education industry, establishing three colleges and universities. But of interest here is Geely’s entrance into the automotive realm. 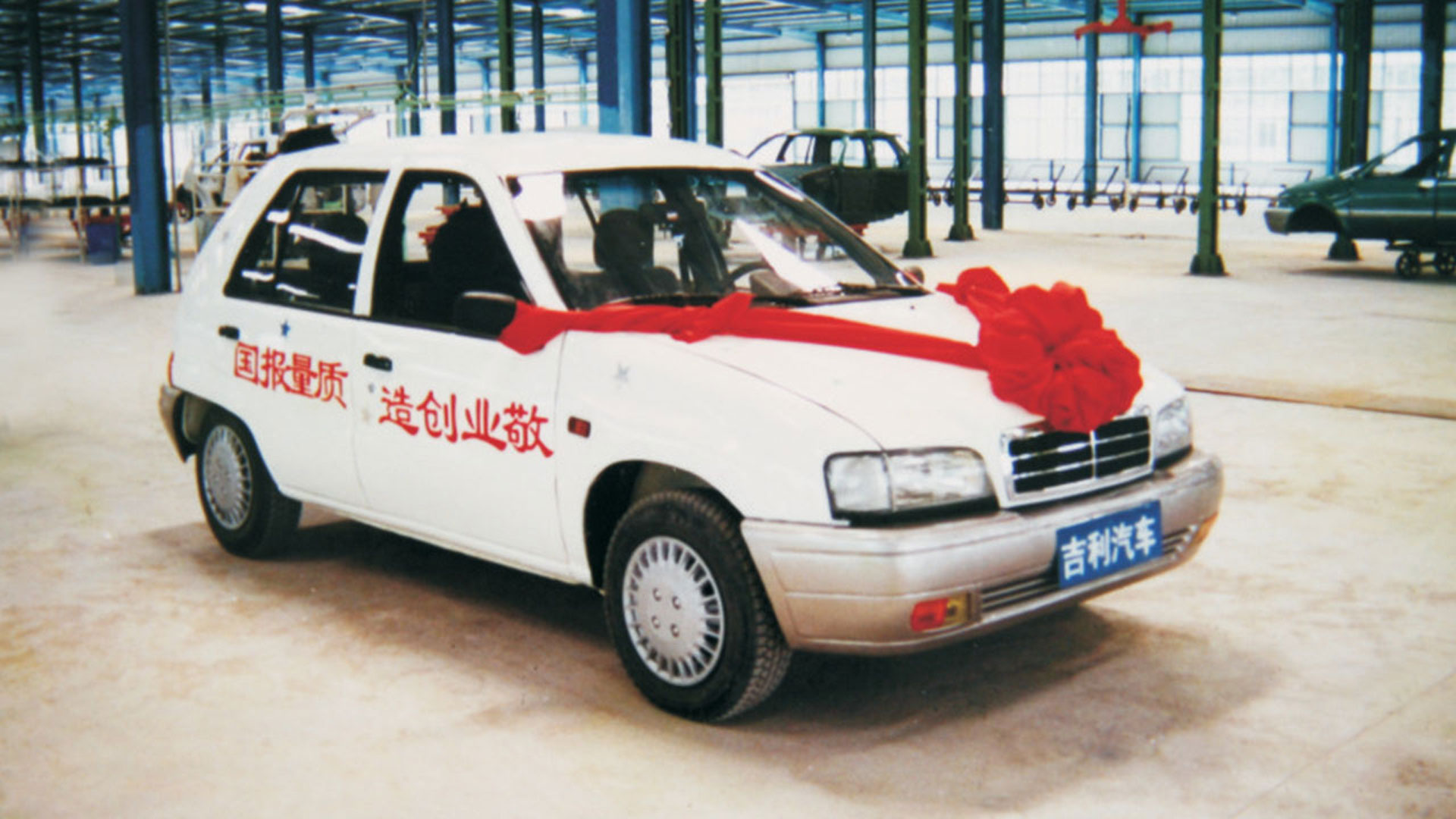 That came in 1997, when Geely Auto was founded in Taizhou City, Zhejiang Province, China, becoming the country’s first privately-owned car manufacturer. Its vision: to produce cars that ordinary people could afford. The first Geely car – the Haoqing – rolled off the production line in August 1998, complete with a red ribbon and bow on the bonnet. Today, Zhejiang Geely Holding Group is the umbrella organisation for five companies: Geely Auto Group, Volvo Car Group, Geely Technology Group, Geely New Energy Commercial Vehicle Group and Mitime Group. We’ll deal with each one in turn. 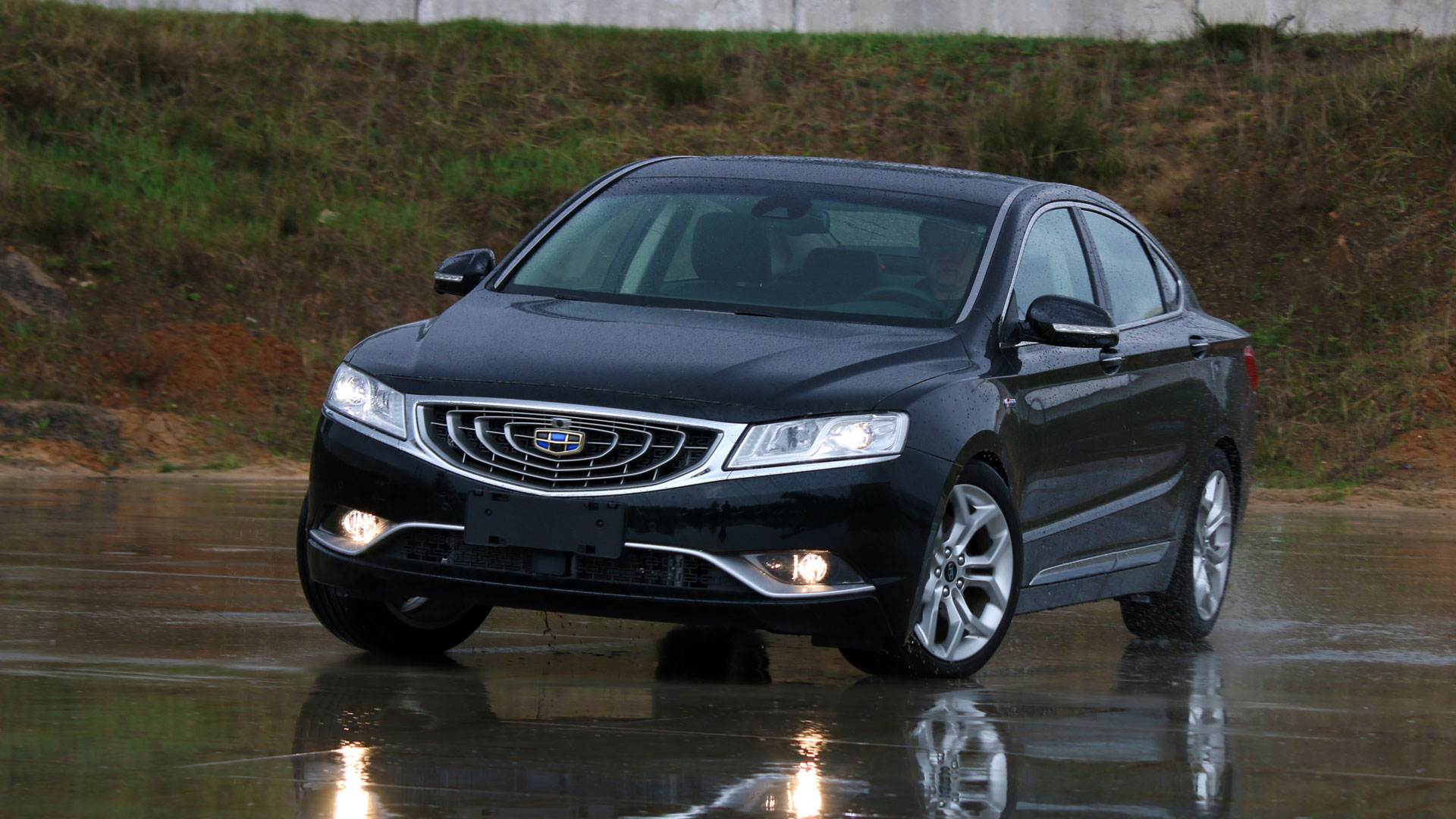 There are five automotive manufacturers within the Geely Auto Group, including the aptly-named Geely Auto. This is Geely’s original automotive brand, with its history essentially split into three generations of models. The first of the current third-generation cars was the Peter Horbury-designed Emgrand GT, designed to be a line in the sand for the fledgling automotive brand. “We aimed to place subtle Chinese features into the Emgrand GT, to give the vehicle a hint of where it came from,” said Horbury, vice president of Design Geely Auto. Today, there are three product lines: saloon, SUVs/crossovers and ‘new energy’. 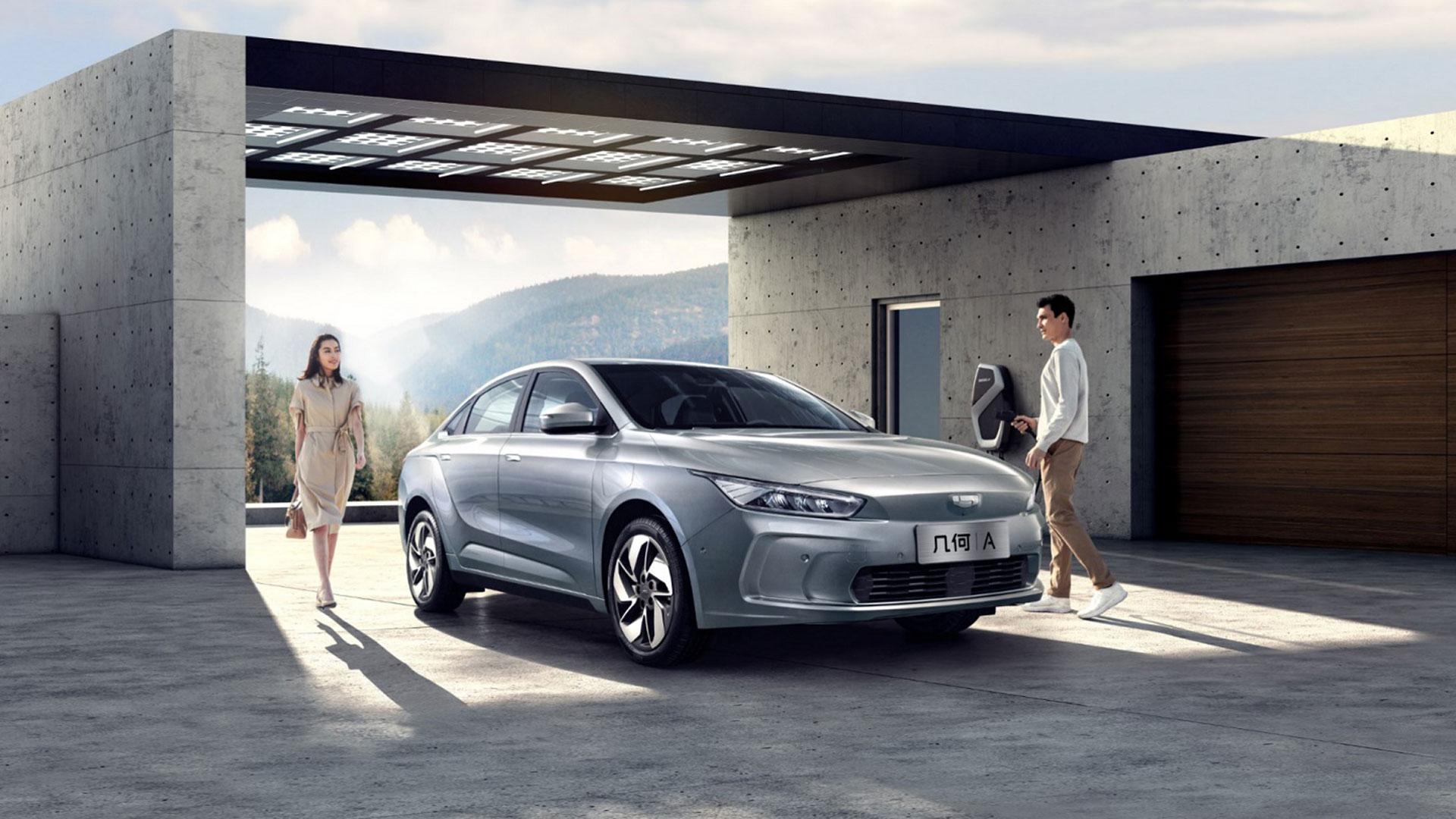 Geometry is a new premium all-electric sub-brand launched by Geely in 2019. With one eye on Tesla, Geometry will focus on the domestic market but will take orders from overseas. At a launch event in Singapore, the company announced that it had received more than 26,000 orders globally. A long-range version of Its first model, the Geometry A, has the ability to travel up to 500km (310.69 miles) on a single charge. “The launch of Geometry and its first product advances Geely’s strategic goal of becoming one of the world top 10 automotive groups,” said An Conghui, president of Zhejiang Geely Holding Group. By 2023, Geometry will launch 10 pure EVs in multiple segments, including saloons, SUVs, crossovers and MPVs. 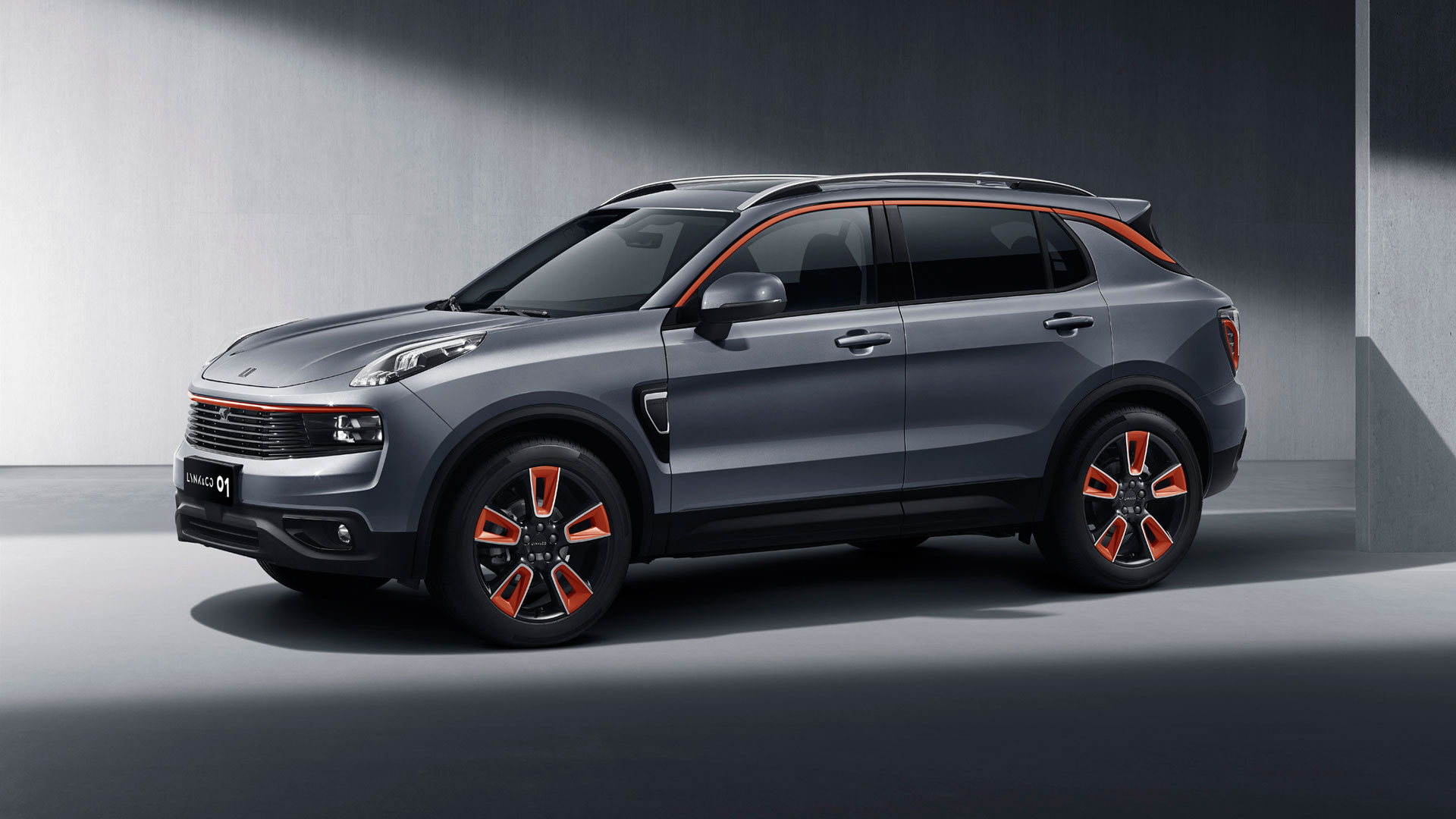 Lynk & Co is a Chinese-Swedish automotive brand formed as a joint venture between Geely and Volvo. The first Lynk & Co Model 1 was launched in China in 2017, followed by the 02 crossover and 03 saloon. The brand is expected to launch in Europe and North America in the near future and will introduce a ‘Netflix for cars’ subscription service for cars in Europe. In 2018, Lynk & Co sold around 120,000 vehicles, making it the world’s fastest growing car brand. 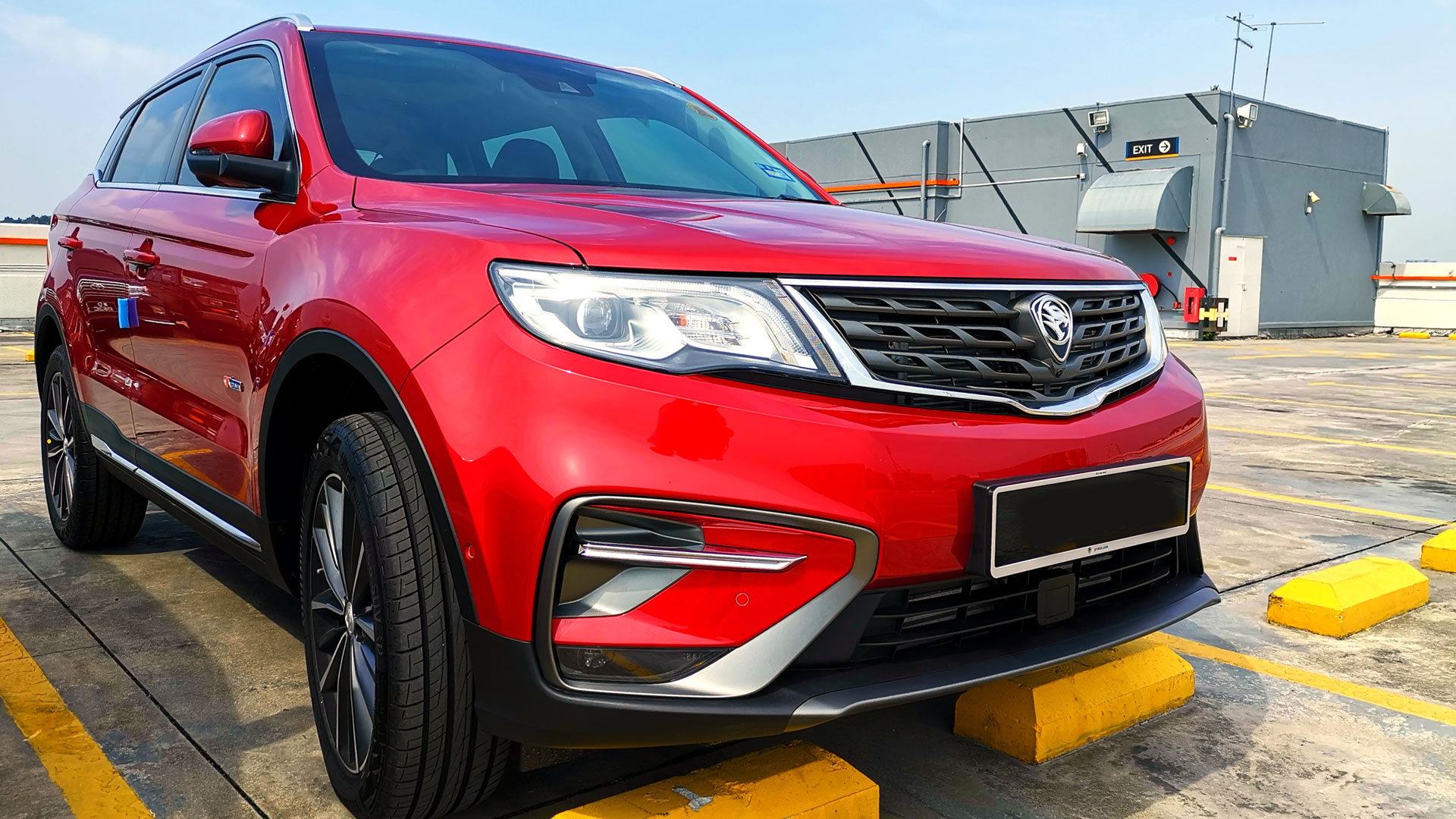 Talking of rapidly growing car companies, within two years of entering the UK market, Proton had racked up 22,000 sales, making it the country’s fastest-growing new car company to enter the UK. Sadly, Proton is no longer present in the UK market, but it remains a formidable force in Malaysia. In May 2017, Geely bought a 49.9 percent stake in Malaysia’s national car brand, with the Chinese firm saying it is committed to “seeing a full revival of Proton Cars to being the number one Malaysian domestic brand and the leading brand in South East Asia”. 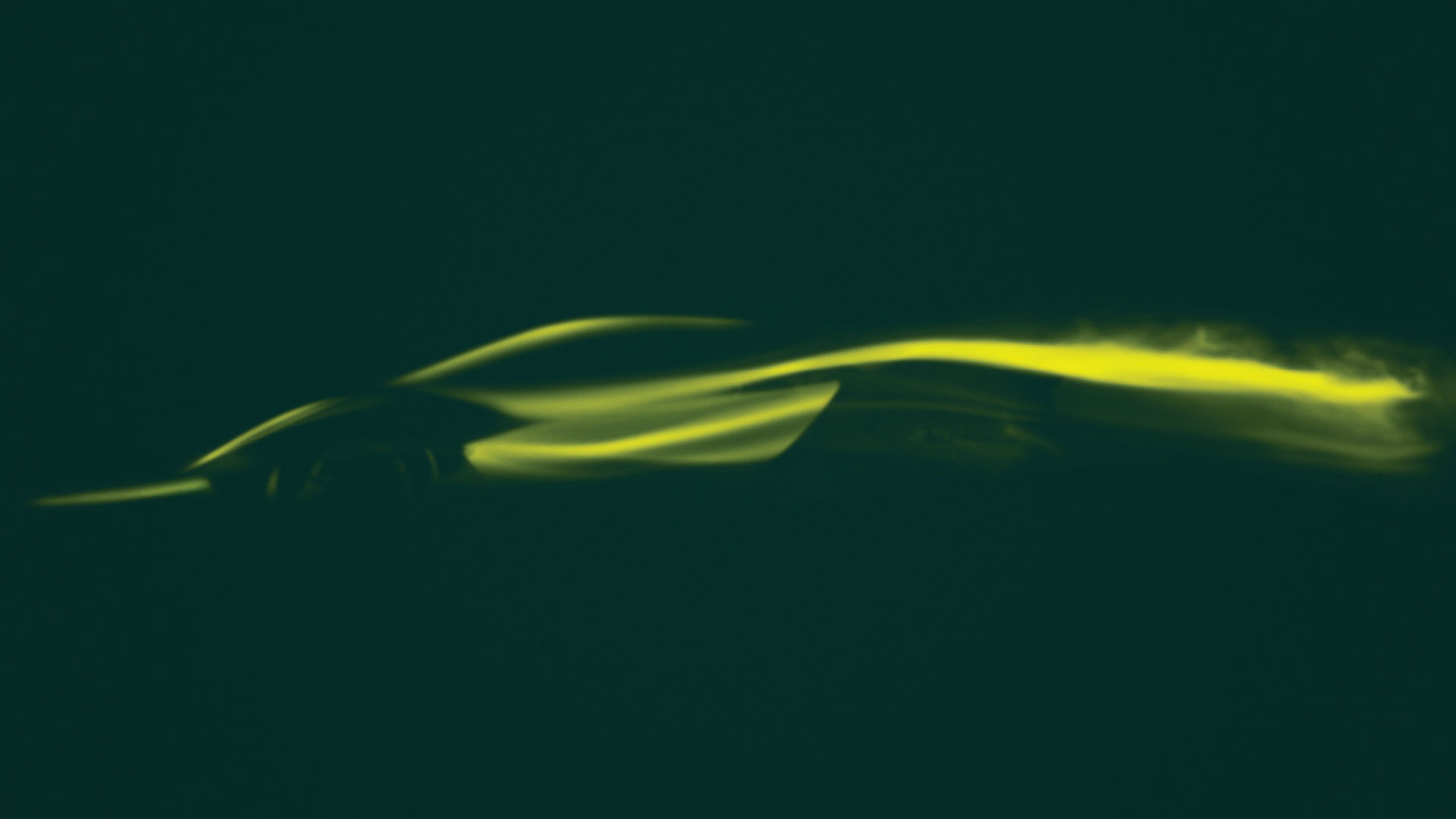 Proton’s ownership of Lotus presented Geely with an opportunity to enter the sports car industry, and in September 2017, the company announced that it had completed the transaction to purchase a majority stake in the Norfolk company. Lotus chose the 2019 Auto Shanghai show in China to announce that it is preparing an all-new car. It will be Britain’s first all-electric hypercar and the company’s first model since 2008. Geely has also started work on a new Lotus factory in China – the company’s first production facility outside of the UK. 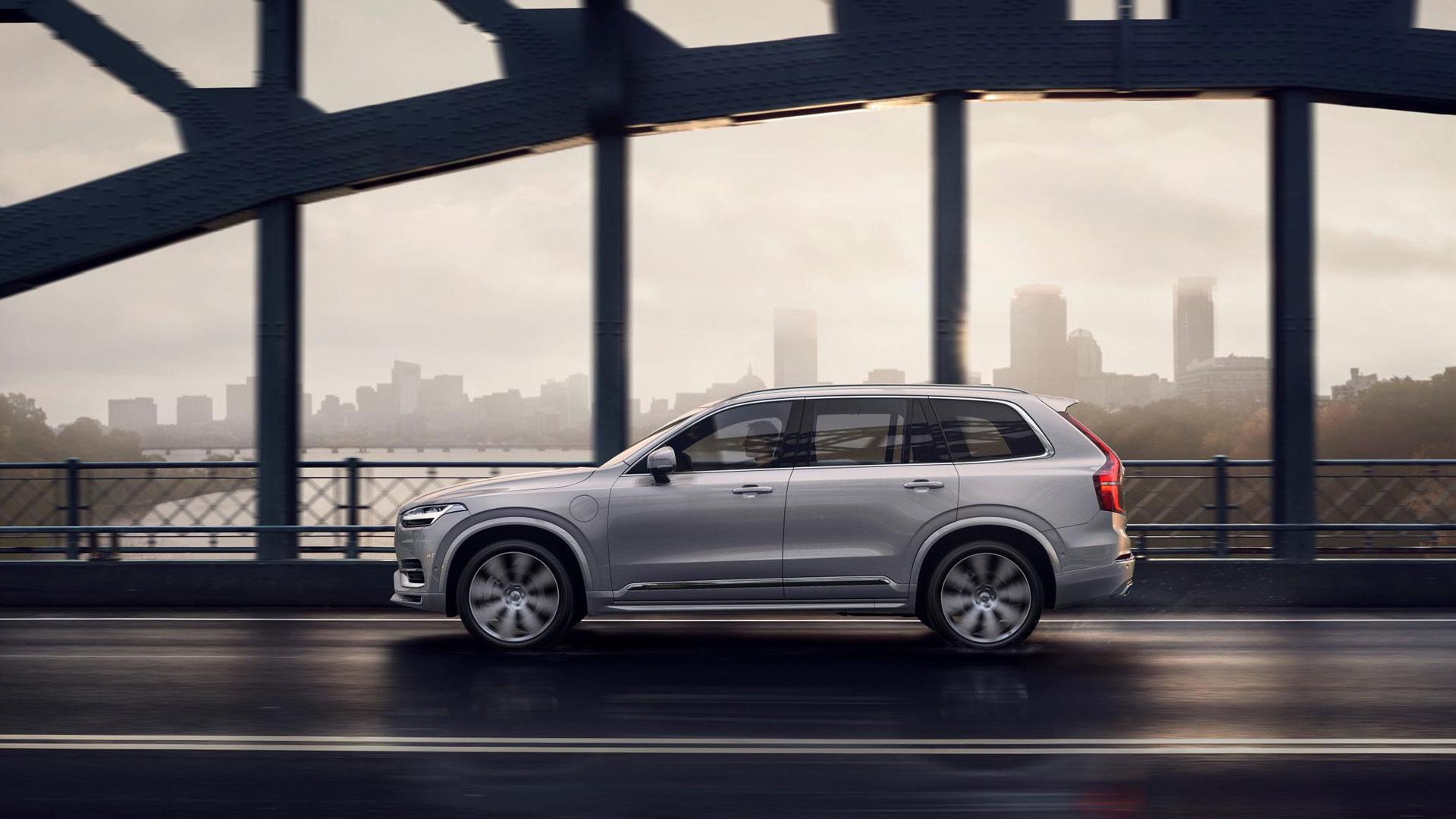 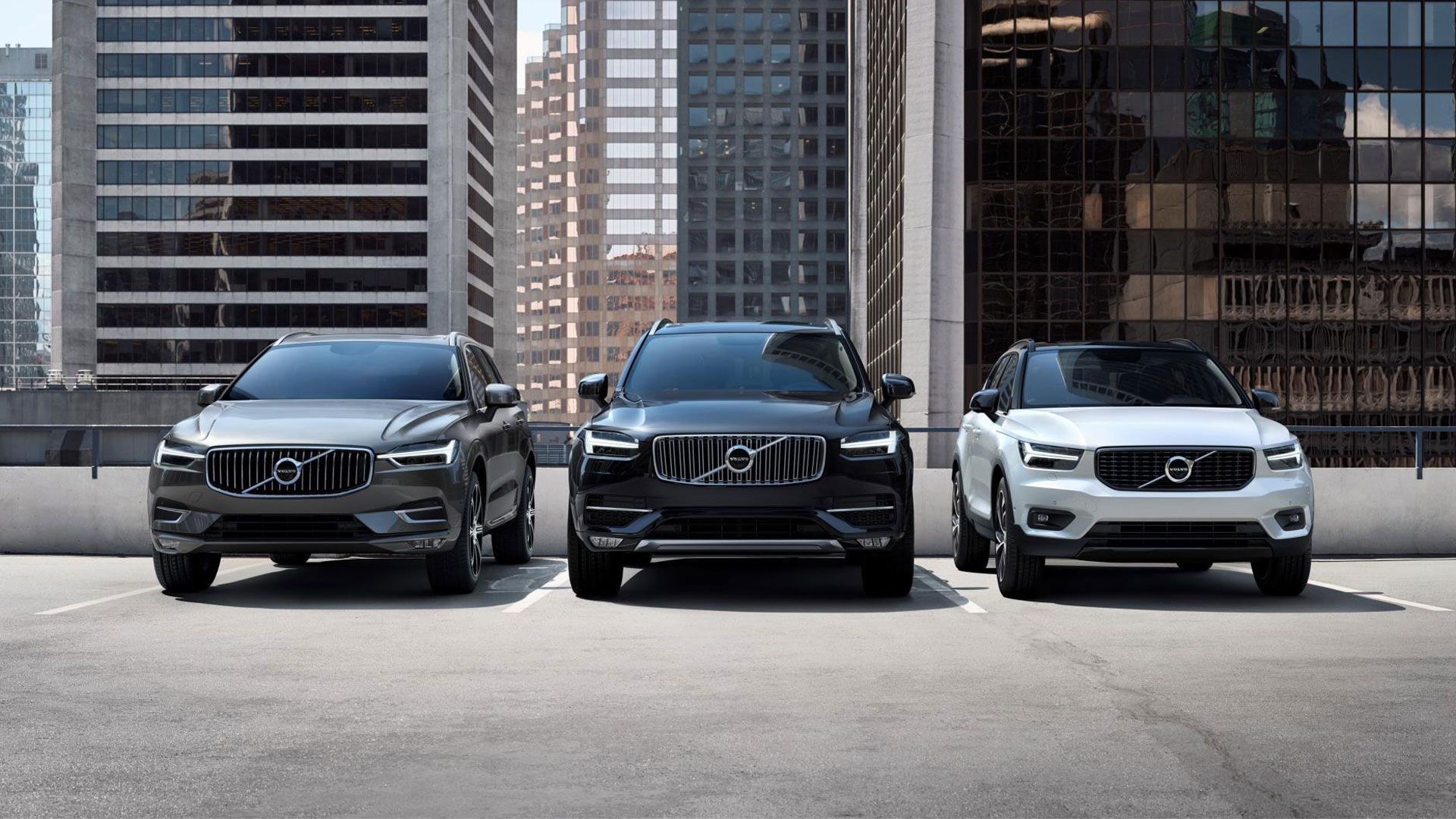 The most famous of which is Volvo itself. While some eyebrows would have been raised when Volvo fell into Chinese ownership, the way in which Geely has transformed the company while protecting its Swedish heritage and ethos has to be applauded. Today, it builds three of the best SUVs in the world and, with the exception of the V40, the product range has been entirely refreshed. Global sales hit 600,000 in 2018: a record for the fifth consecutive year. 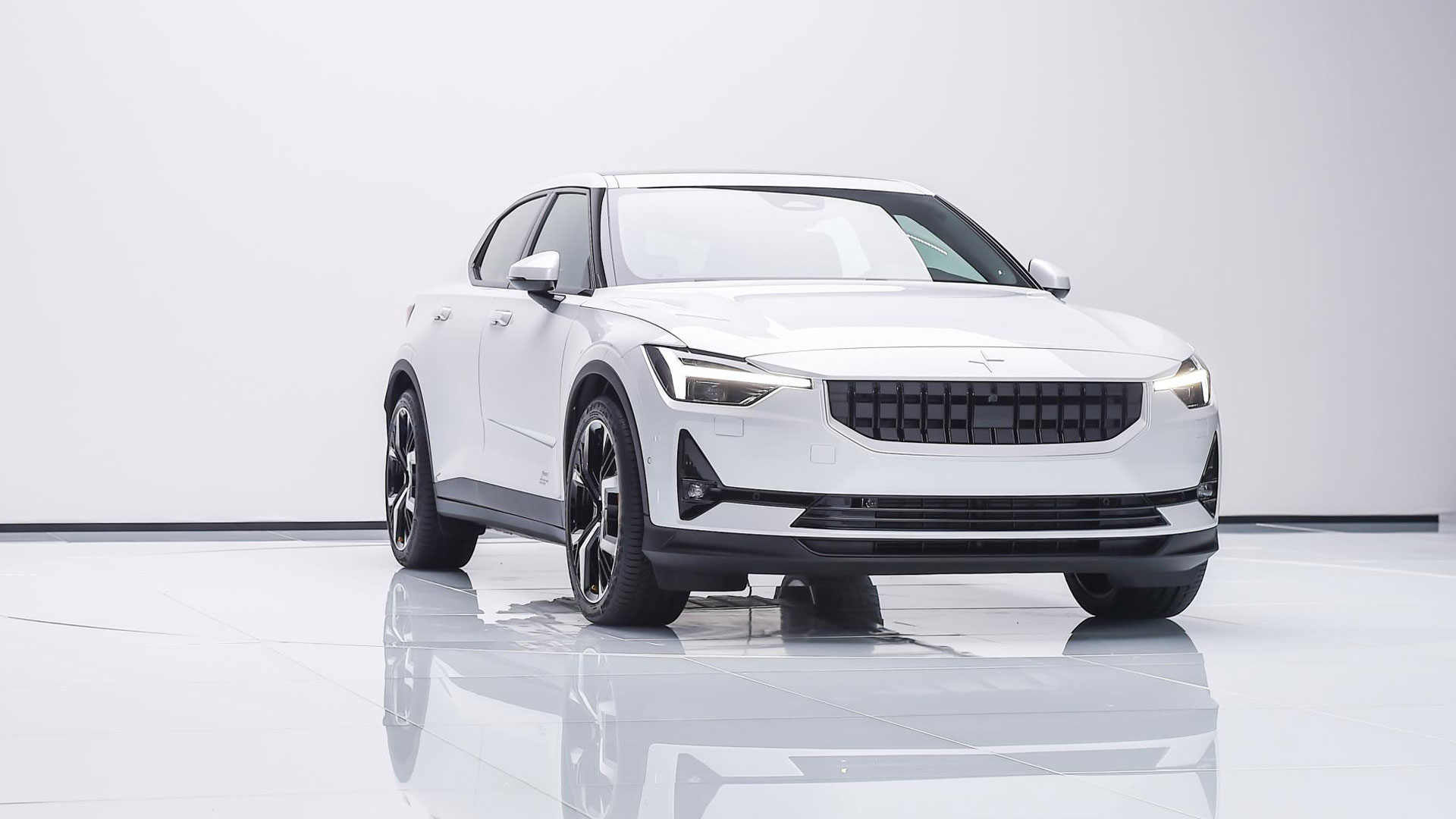 Until 2017, Volvo also operated a performance car sub-brand called Polestar. Today, Polestar is an independent brand under Volvo Car Group focused on high-performance electrified cars. The Polestar 1 hybrid was revealed in October 2017, followed by the all-electric Polestar 2 in 2019. The second Polestar is aimed squarely at the Tesla Model 3 and will offer a targeted range of 500km (310.69 miles). It’ll be built in China for global markets in both left- and right-hand drive. 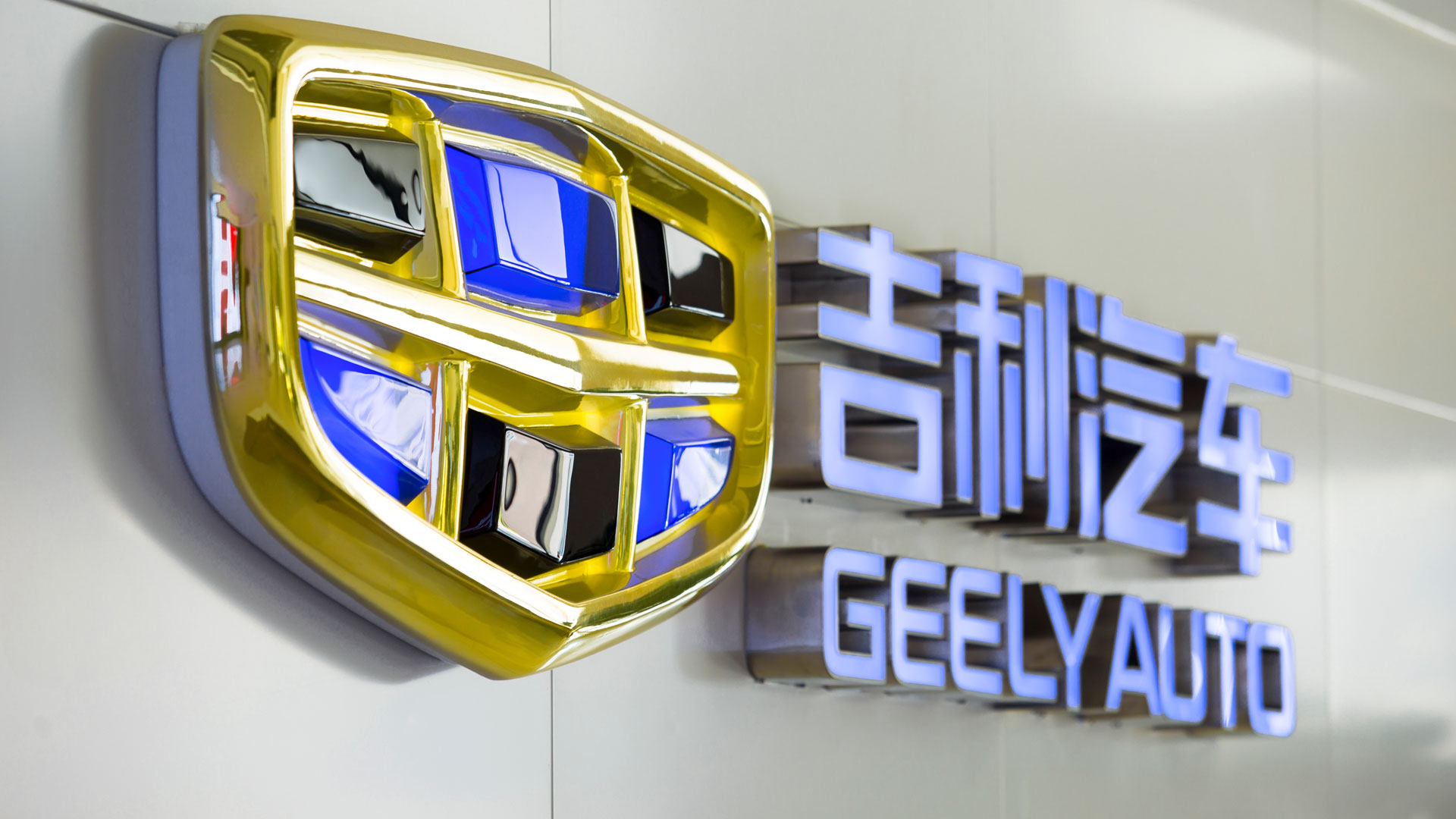 The third Group within the Geely empire is the Geely Technology Group. This is very much an ‘incubator’ for young brands, giving them access to the Group’s global resources and international influence. One such company is Qianjiang Motorcycles, one of the largest motorcycle companies in China and owner of several brands, including Italy’s Benelli. We will explore two companies within the Geely Technology Group. 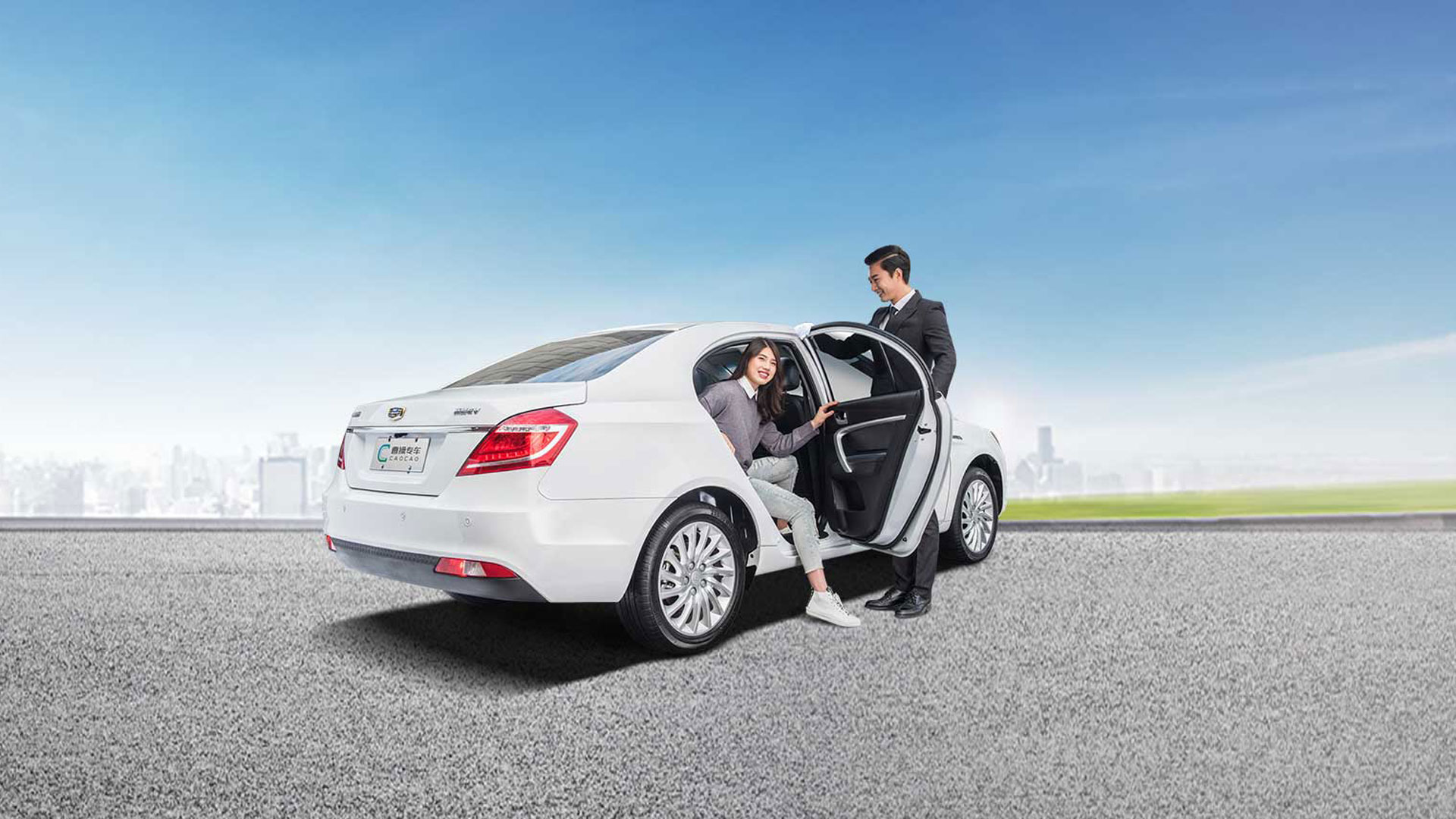 The CaoCao ride-hailing service was developed by Hangzhou YouXing Technology Company and is the first Chinese domestic company focused on new energy. It has more than 17 million registered users, operates in a dozen cities across China and uses Geely Auto’s new energy vehicles, including the Emgrand EV. The company claims that more than 150,000 rides are ordered every day, reducing carbon emissions by over 300,000 tons and saving more than 150 million litres of fuel compared with the use of traditional taxi services. 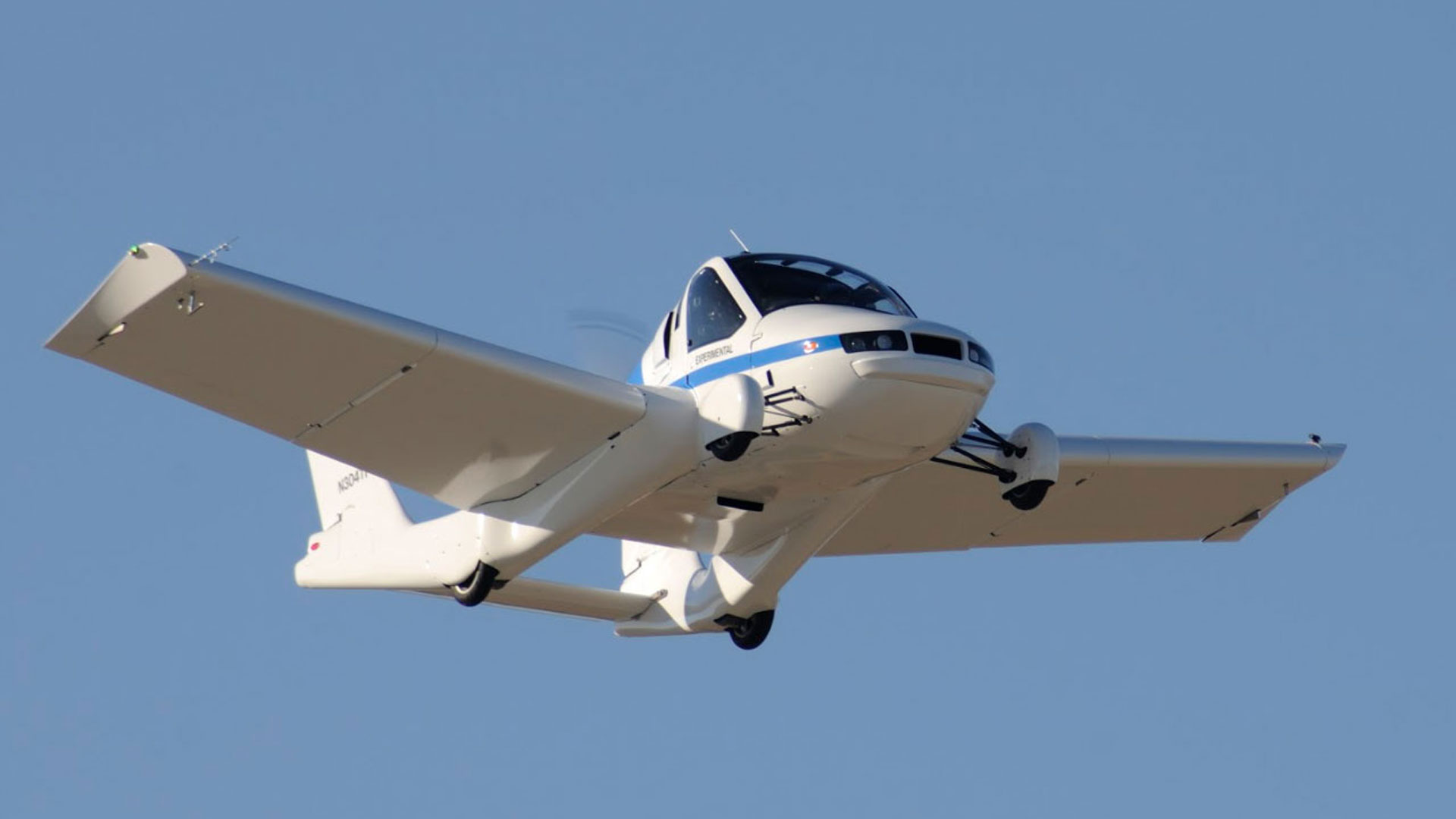 Terrafugia was founded by five award-winning Massachusetts Institute of Technology (MIT) graduates and is famous for one thing: the flying car. Geely completed the acquisition of the US company in November 2017, pledging to keep it in North America and continue its focus on the development of flying cars. Terrafugia aims to deliver its first flying car to market in 2019, with the world’s first VTOL (vertical take-off and landing) flying car available by 2023. 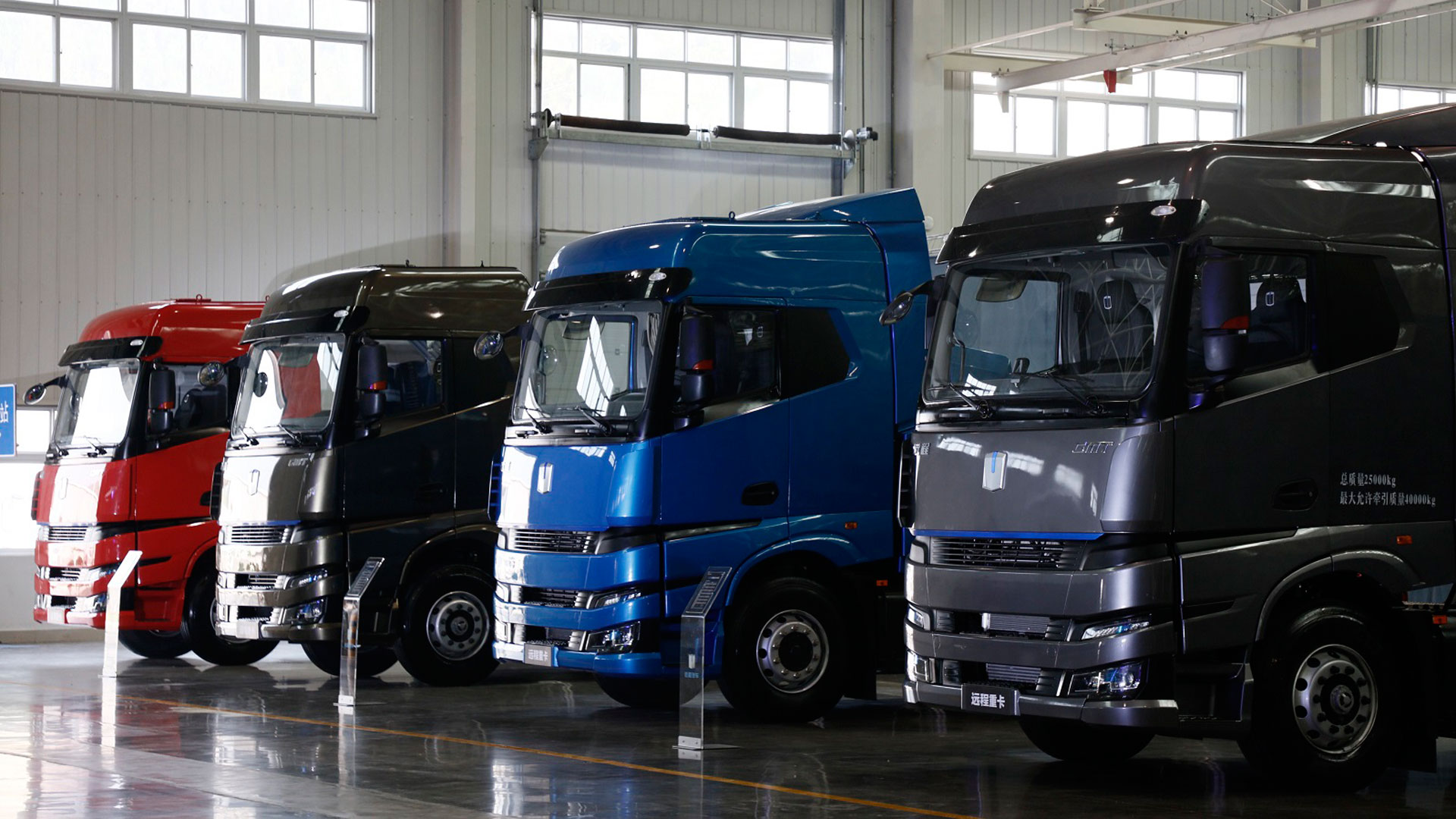 The Commercial Vehicle Group was established in 2016 and is the fourth Group within the behemoth that is Geely. It acts as a holding company for two core brands, both of which have a focus on new energy within the commercial vehicle sector. One of the brands will be familiar to UK readers… 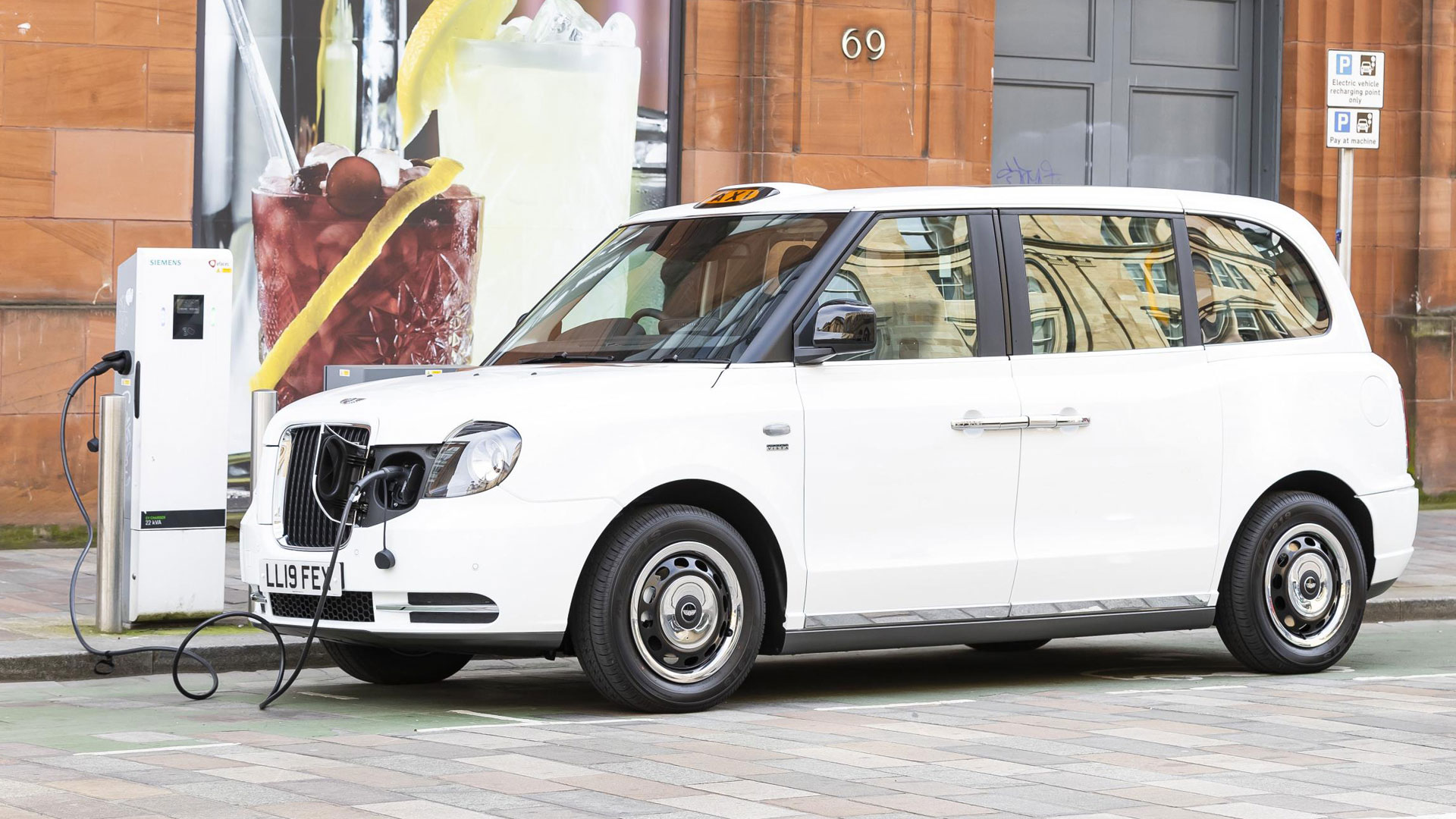 The London Taxi Company (LTC) became the London Electric Vehicle Company (LEVC) in July 2017, the new name chosen to represent the focus on new energy solutions. LTC faced administration before Geely stepped in and a new £300m plant near Coventry opened in 2017, creating 1,000 jobs. In January, 70 employees were laid off “to prepare the business [for] a challenging year for UK automotive”. 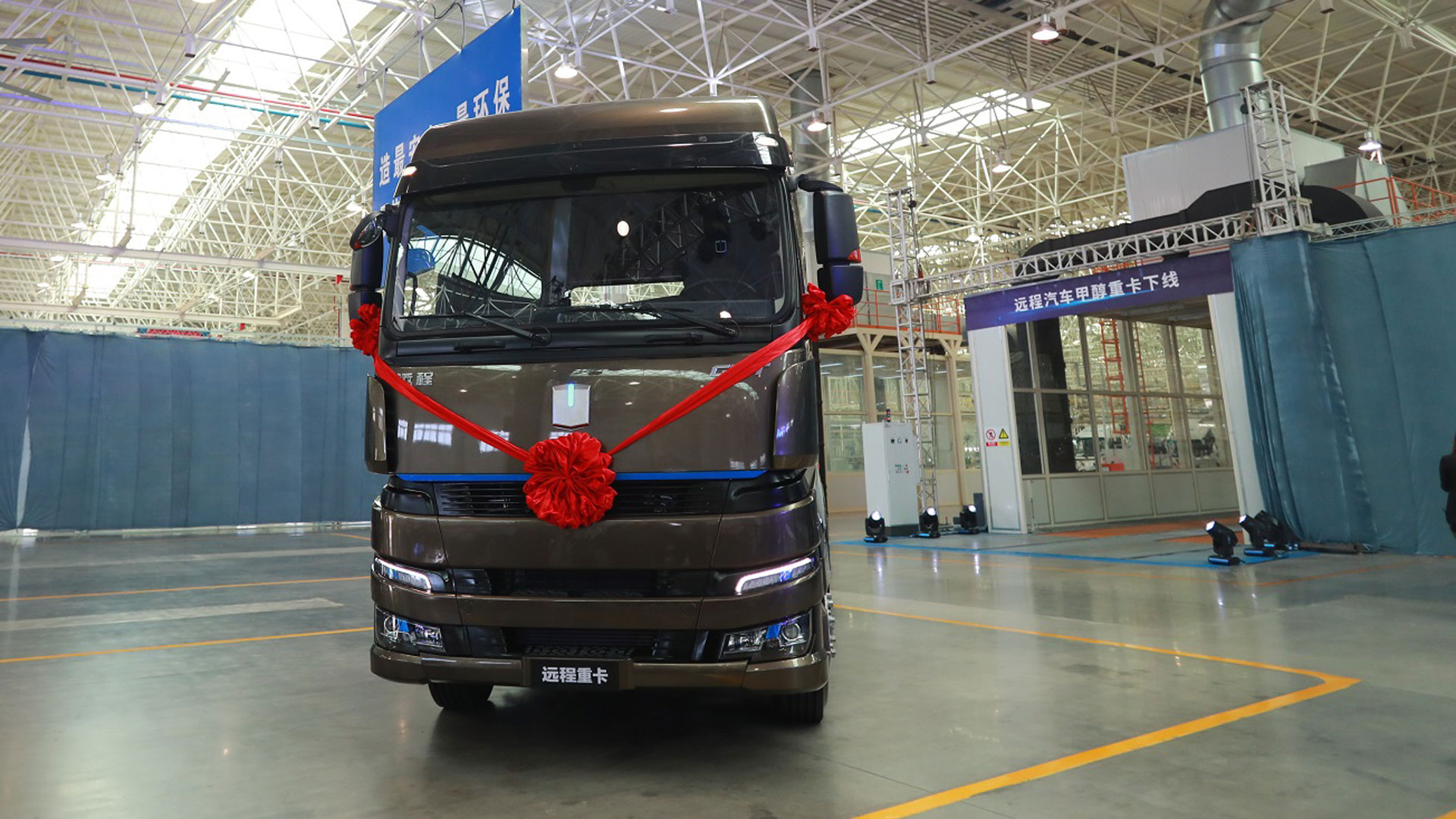 Yuan Cheng Auto was launched in 2016 and is the second subsidiary of Geely Commercial Vehicle Company. Its first products were a pure electric light commercial vehicle and an urban city bus, while in April 2019, the company announced the launch and sale of the world’s first M100 methanol fuel heavy truck. Methanol is more environmentally friendly than diesel, while the sources of methanol are also more diverse, with it being derived cleanly from coal, natural gas or by recycling carbon dioxide. The truck will be offered in three variants: standard, mountain and regional logistics. This could be a turning point for the Chinese commercial vehicle industry, with 75 percent of road transport in China currently by diesel vehicles. 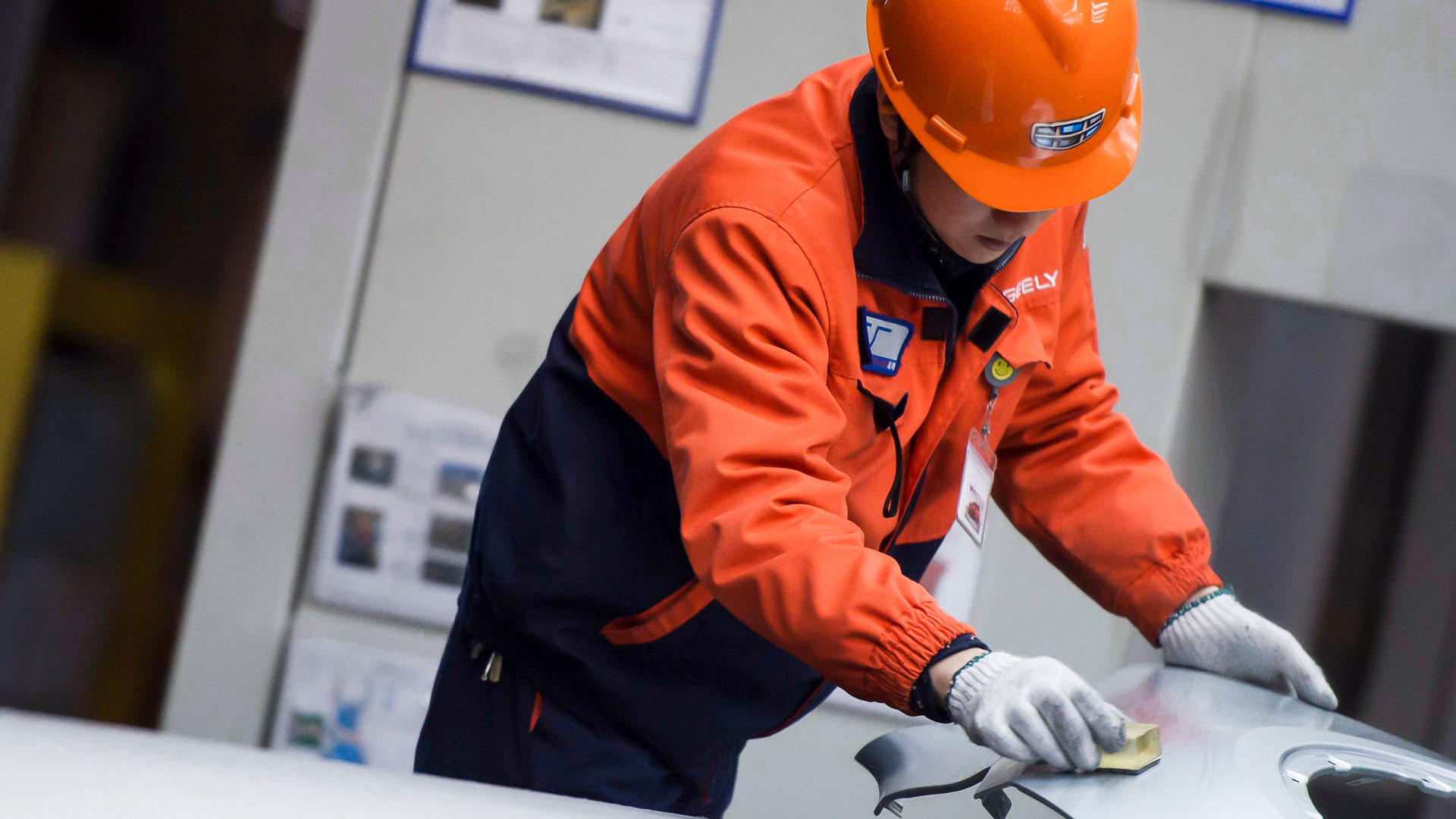 The fifth and final Group might not appear relevant to a gallery focused on the automotive industry, but the Mitime Group has an indirect and longer-term role to play. This division supports the Group’s educational, cultural and tourism initiatives, with hundreds of millions of RMB invested in universities and colleges across China. Crucially, around 40,000 students are enrolled at the Group-funded schools annually, with the goal of developing Chinese automotive industry talents. 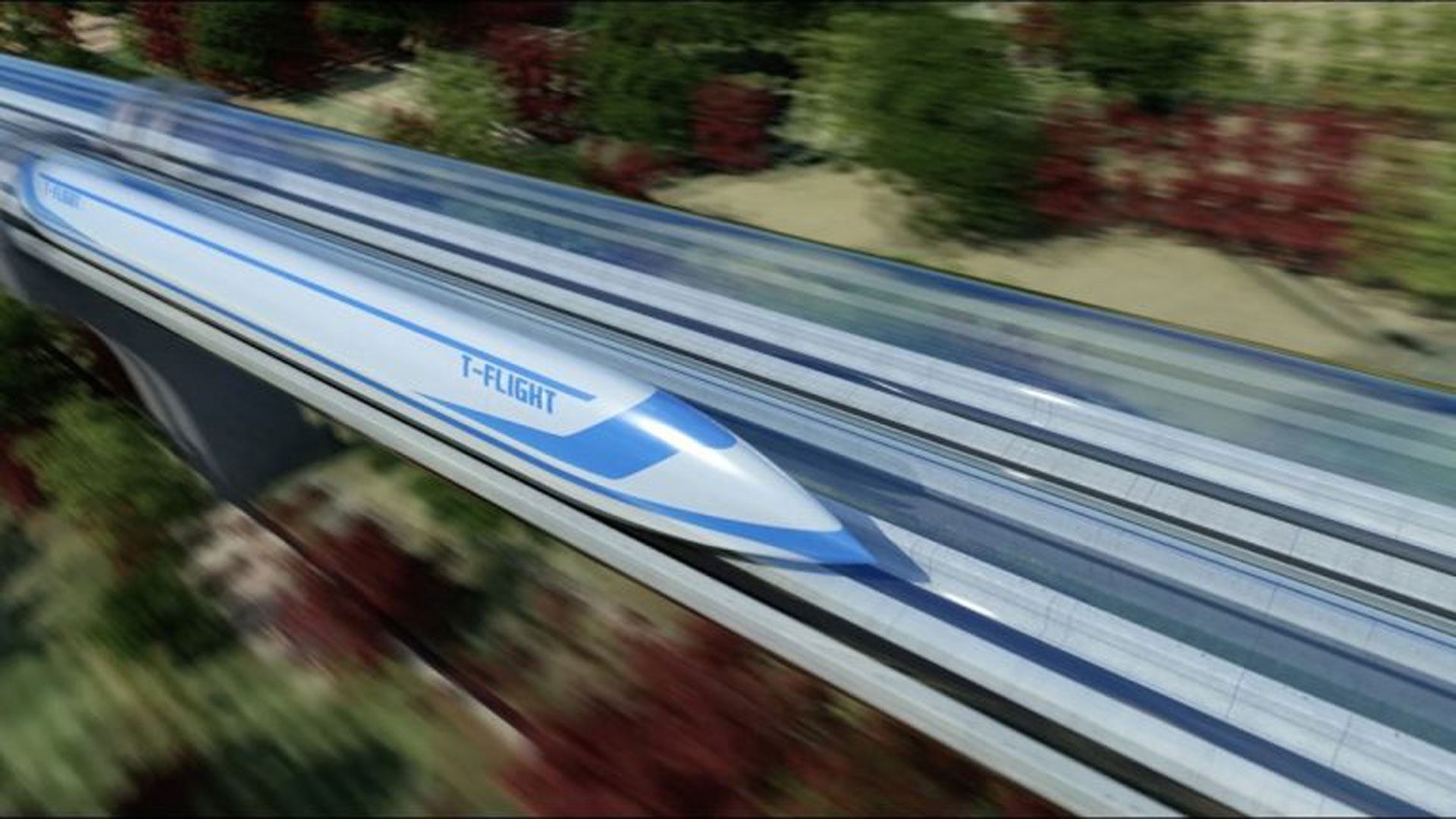 Geely’s influence on the automotive industry is likely to grow stronger every year, albeit via one of its many sub-brands. This gallery merely scratches the surface: it hasn’t explored the fascinating world of smart and connected vehicles, handled by ECARX. Meanwhile, in November 2018, Geely signed a strategic framework agreement with China Aerospace Science and Industry Corporation (CASIC) to cooperate on the development of supersonic trains and industrial internet. It is hoped that the partnership with advance the fields of new energy vehicles, automotive safety and new material science.

In the wake of the coronavirus, many are opting for UK caravan holidays. We explain what you can legally tow, which depends on when you passed your test.
Read more
Car News

Soon, Tesla owners will be able to stream Netflix movies and watch YouTube videos via its infotainment screen, first while stationary, but later on the move
Read more
Car News

Pump up the volume: when carmakers and audio specialists collaborate to make beautiful music
Read more

Emergency refuge areas are a safe haven for stranded vehicles on busy smart motorways – but many motorists don’t know what they are or how to use them.
Read more
Advice