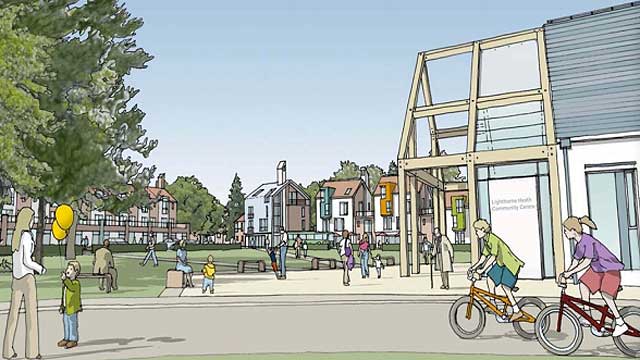 Plans to build a new housing estate between Gaydon and the M40 motorway have been submitted to Government – meaning a new British ‘motor town’ may soon be developed next to the home of THREE premium British car brands.

The plans would see 3,000 new houses built between Gaydon and Chesterton Wood: significantly for luxury giant Jaguar Land Rover, the plans also include 135 acres of ’employment land’ which includes room for the firm to expand into.

Stratford District Council approved the new development this week and the plans have been submitted to Government for approval. They are also open to public consultation though – and campaigners, reports the BBC, are apparently not happy with the proposed development, calling it a ‘housing ghetto’.

If the housing strategy is approved by Government, up to 2,500 new homes could be built in the area by 2031. The new development would also includes shops, schools, a 150 hectare country park – and, if both JLR and Aston Martin’s future plans come to fruition, plenty of job opportunities at the two Gaydon car plants right next to the new town.