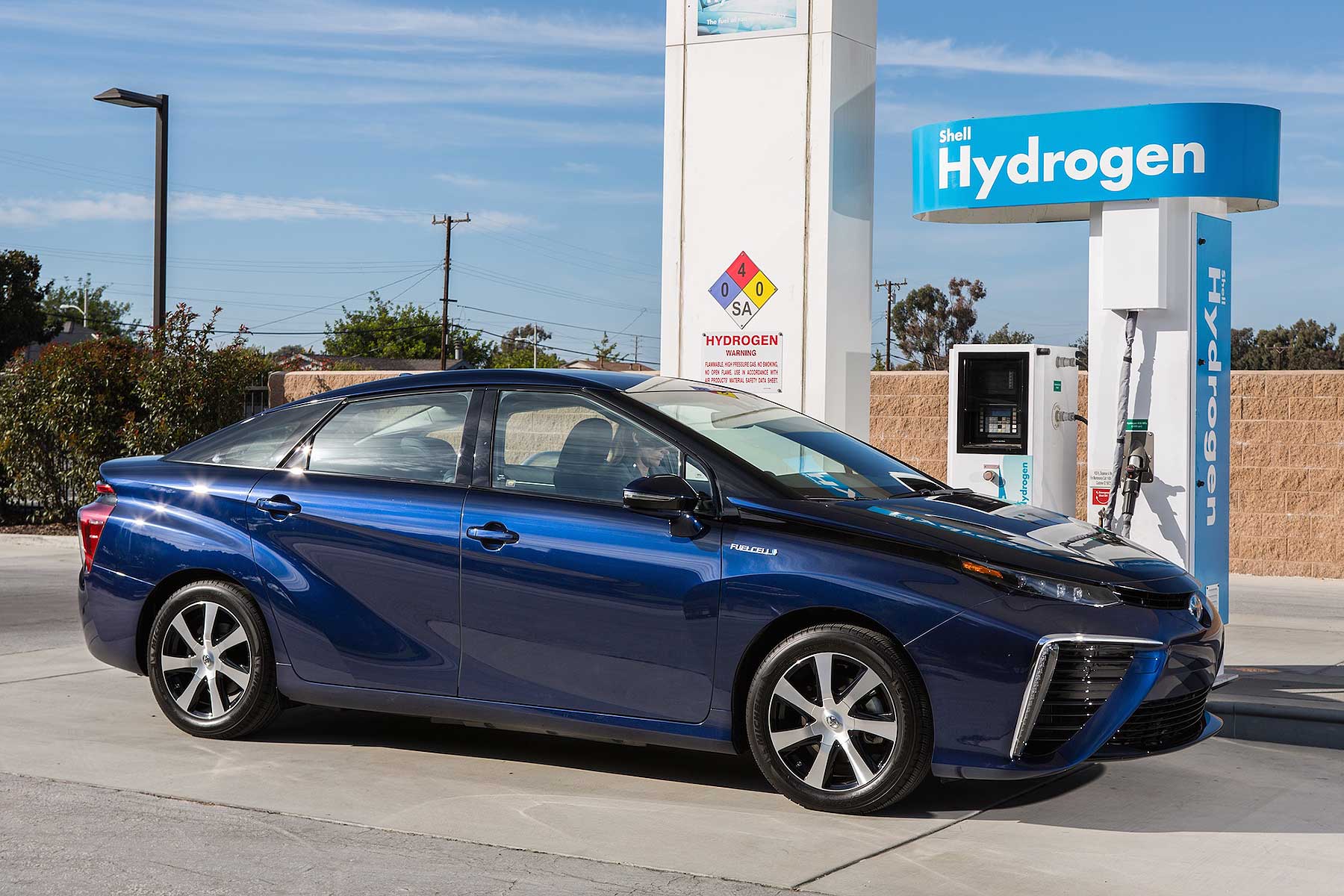 The UK government has launched a new Fuel Cell Electric Vehicle (FCEV) support scheme that it hopes will triple the number of hydrogen fuel cell cars in use on British roads in less than a year’s time.

The Office for Love Emission Vehicles (OLEV) scheme will offer fleets up to 75% off the cost of fuel cell electric vehicles, provided they emit zero tailpipe emissions.

As the first showroom-ready Toyota Mirai costs £66,000, that’s potentially a very significant saving indeed: it would take the Toyota’s price down to just £16,500.

The fund will also support the cost of running the cars for up to three years – and for fleets who’d rather lease than buy, support is extended to this too: a Mirai currently costs £750 a month, which could potentially fall to less than £190 under the government FCEV initiative.

Offered to both public and private sector vehicles, the government’s hoping it will allow local authorities, police forces and health trusts to add hydrogen fuel cell cars to their fleets – something today’s prohibitive costs makes impossible.

Transport Minister Andrew Jones said: “Hydrogen fuel cells are an important part of our vision for almost all cars and vans to be zero-emission by 2050.

“This funding, along with the growing network of hydrogen refuelling stations opening in England, will help businesses and the public sector to get on board with this exciting technology.” In 2014, the government investment £5 million to bring 12 hydrogen refuelling stations online in the UK: Jones today opened the second of these in Teddington, with all 12 due to open by the end of 2016.

The news was welcomed by RAC Business, whose spokesman Simon Peevers said: “Given the range of benefits that come with running zero and low emission vehicles in terms of running costs, there is certainly the will among businesses to make a change and realise those cost savings, if they can overcome the initial outlay.

“So it’s welcome that the Government recognises the importance of supporting fleets to encourage the transition to zero-emission vehicles.

“Within the wider context of the fleet sector it remains to be seen whether £2 million is enough to make a serious impact on encouraging businesses to upgrade their vehicles, but it is a step in the right direction as long as there is the infrastructure in place to support the new technology.”