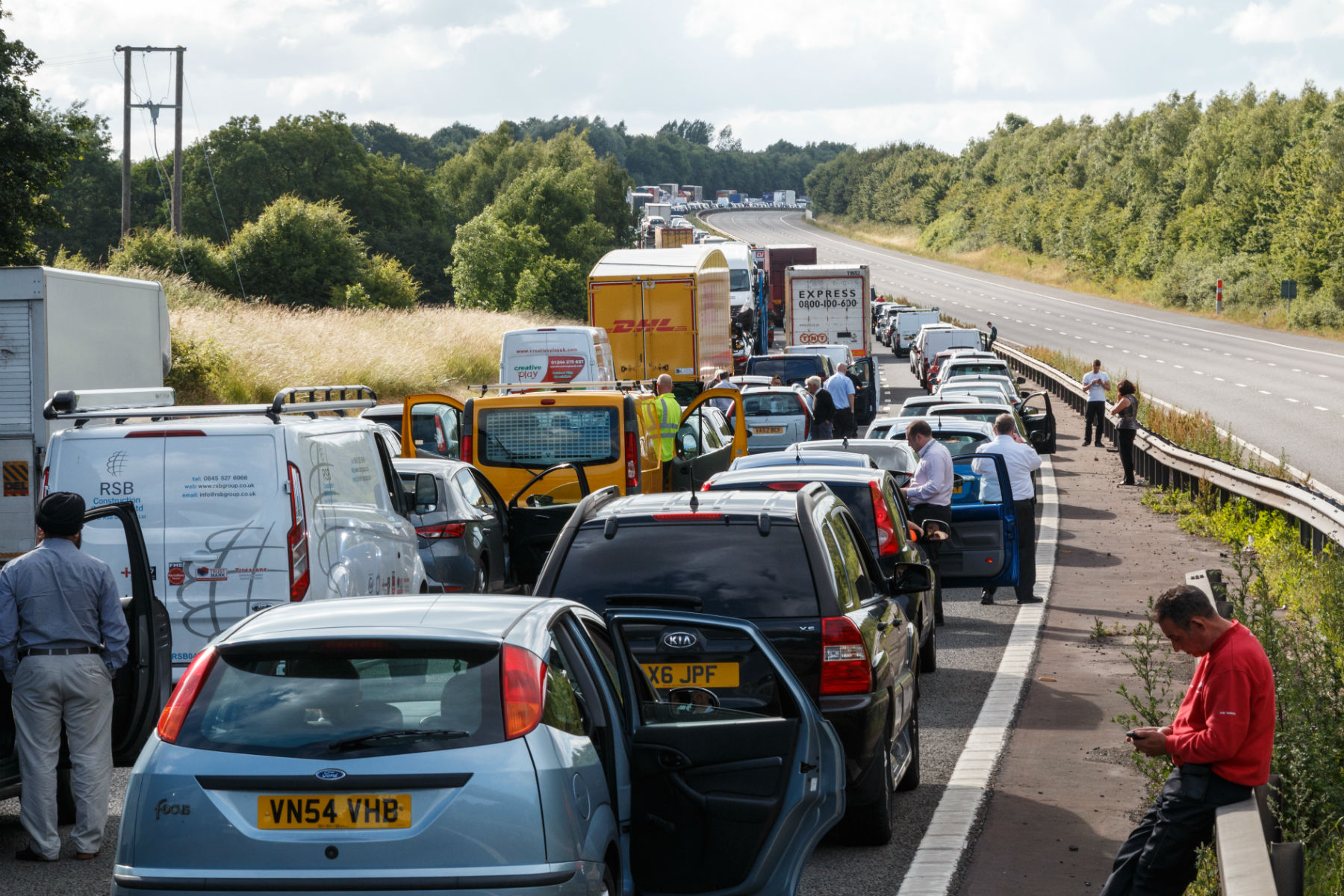 A culmination of people making Christmas getaways and motorists driving home from work will make this Friday a perfect storm for traffic chaos, says the RAC.

Dubbed ‘Frantic Friday’ by the motoring organisation, 1.25 million of us will hit the roads for leisure on the 22 December – on top of the usual commuter congestion.

“The roads are traditionally busy in the run-up to Christmas, especially when you have commuters, commercial and leisure traffic all competing for space,” said the RAC’s traffic spokesman, Rod Dennis. “Things tend to get worse on the last working day before Christmas, with ‘Frantic Friday’ this year falling on the 22 December – we strongly urge drivers planning long journeys to avoid this day if they possibly can.”

It’s not all bad news, though. With schools breaking up for Christmas at different times across the UK, the RAC predicts a fairly even spread of traffic in the run-up to the big day. An estimated 1.4 million of us will hit the roads every day between today and Saturday, with leisure traffic peaking on Christmas Eve and Christmas Day itself.

Dennis added: “We’re then expecting pre-Christmas leisure trips to peak on Christmas Eve, with getaway traffic combining with the inevitable dashes to the shops for last-minute Christmas presents. Highways England has announced that 99% of England’s strategic roads – that’s motorways and major A-roads – will be free of roadworks by this time which should ease things, but it only takes a single accident or breakdown in some locations to bring traffic grinding to a halt.”

Highways England says it’s doing its bit for Christmas, by keeping 99 percent of the road network free from roadworks.

“Over the past two years we’ve already added 190 lane miles of much-needed capacity and that will make life easier for those travelling around this month, as the festive countdown begins,” said Highways England’s customer service director, Melanie Clarke.