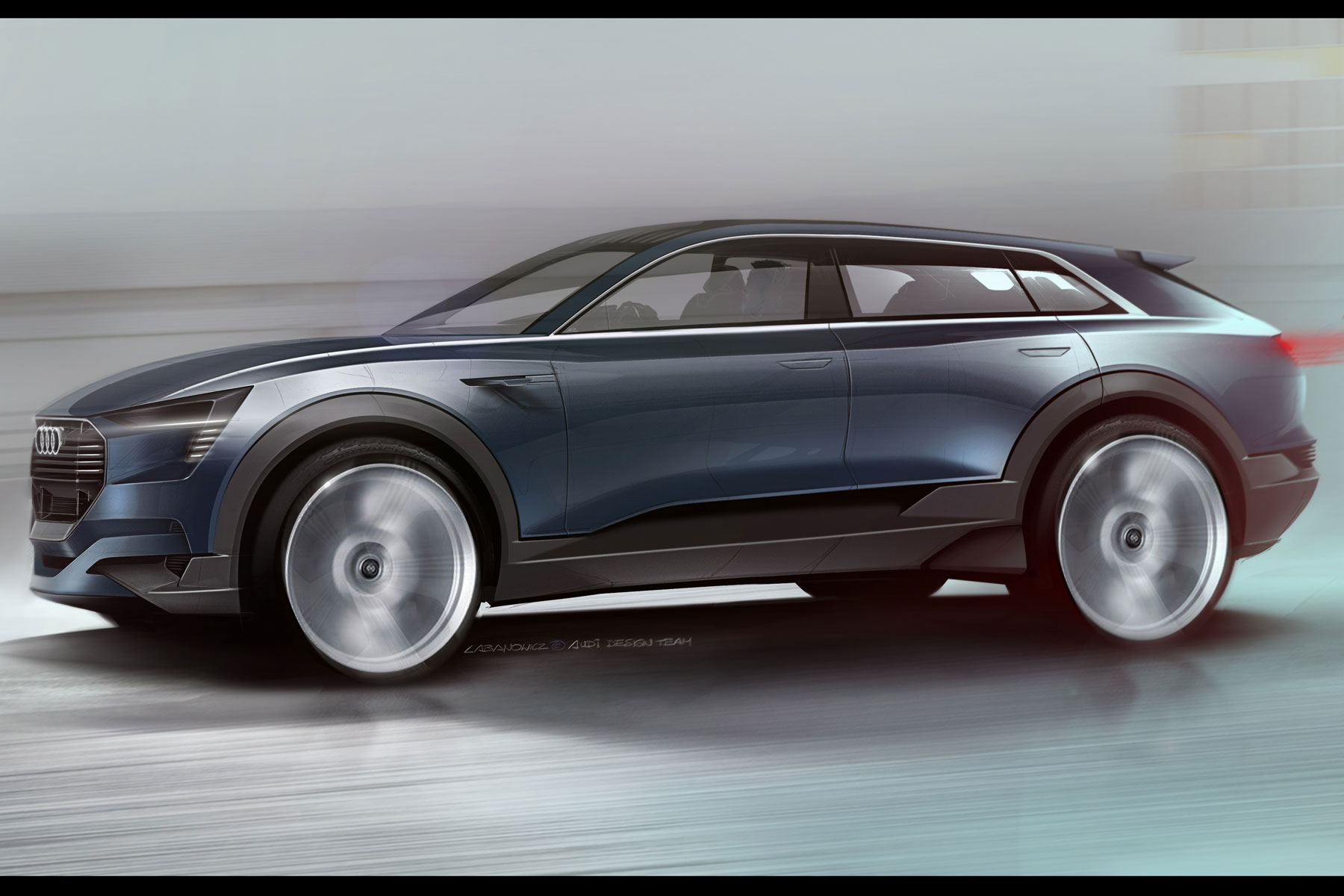 Audi has revealed an all-electric concept SUV ahead of its debut at the Frankfurt Motor Show next month.

The E-tron Quattro concept has been designed from the ground up as an all-electric SUV with a ‘potential range of more than 310 miles’.

Audi’s design team has concentrated largely on aerodynamics to extend the concept’s potential range, with a cd value of just 0.25.

This is achieved, Audi says, by using movable aerodynamic elements at the front, sides and rear to improve airflow. The underbody is entirely closed to improve aerodynamics.

Based on Audi’s second-generation modular longitudinal platform, the concept slots between the Q5 and Q7 in size. 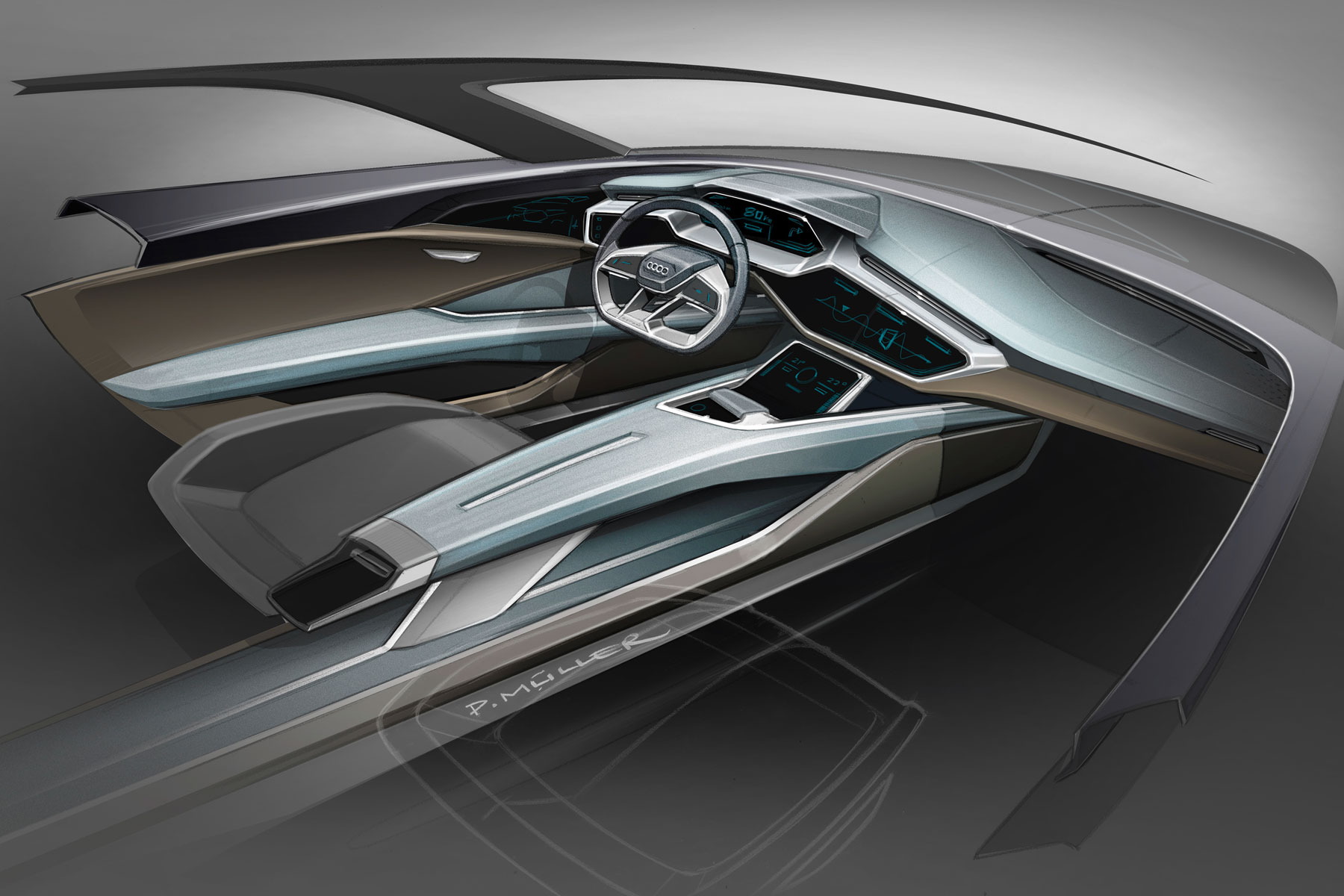 Its battery is located between the axles below the passenger compartment to allow a low centre of gravity to aid driving dynamics.

The drive system is similar to that of the Audi R8 e-tron, with three electric motors – one on the front axle and two on the rear.

Although just a concept for now, Audi says it’ll see a large electric car in production by 2018.

We’ll be reporting from the 2015 Frankfurt Motor Show live when the Audi e-tron quattro concept is unveiled. 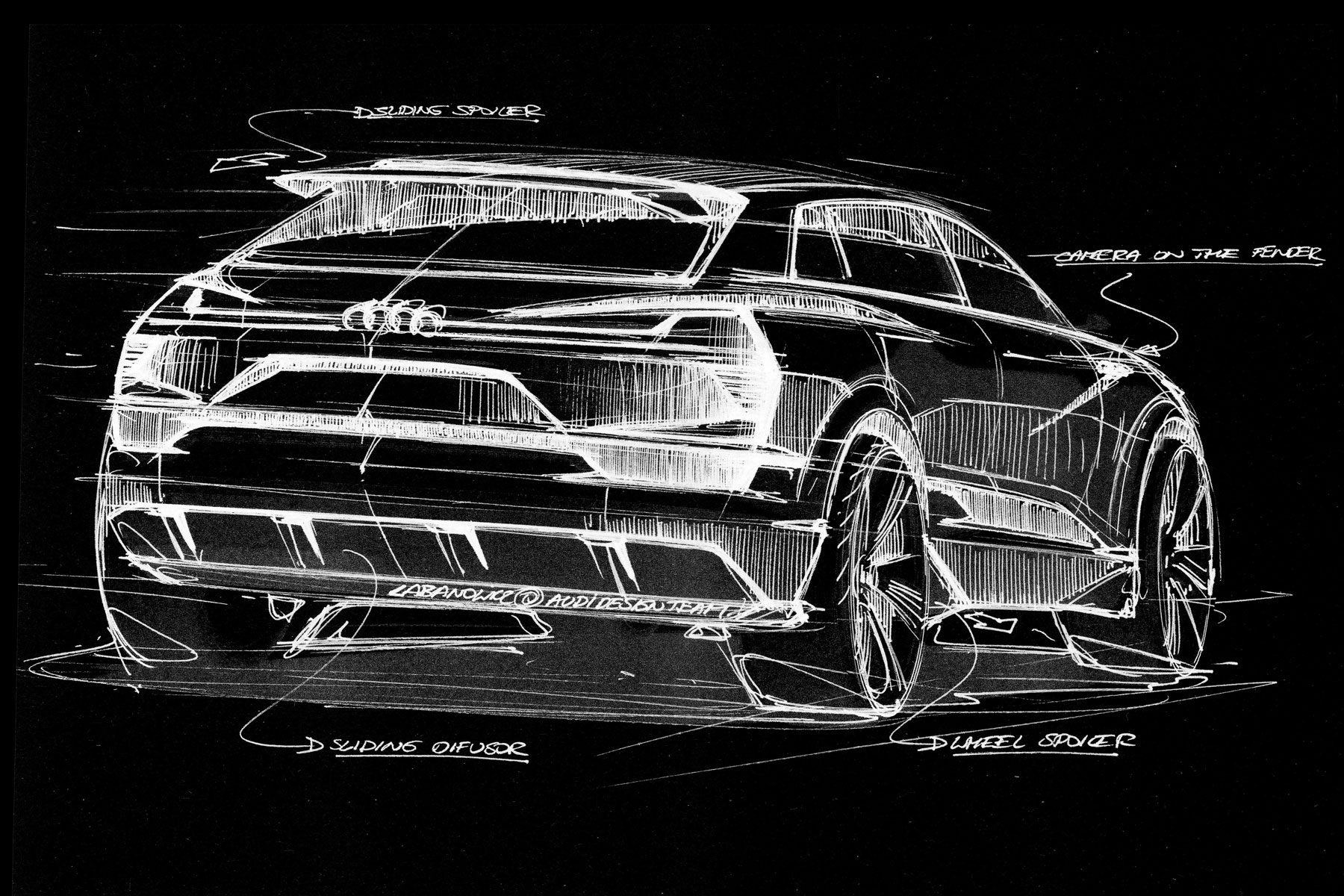