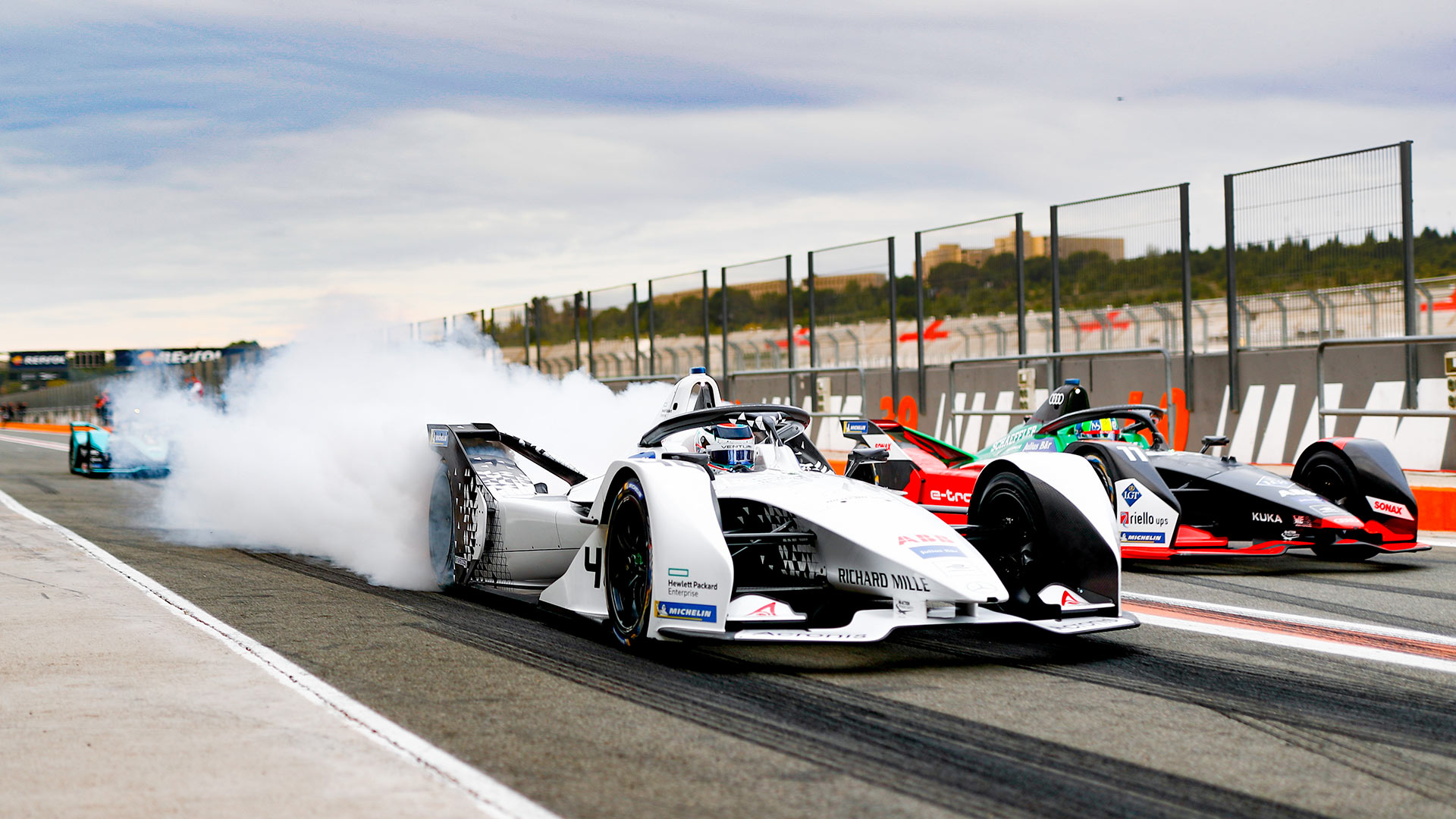 With close racing and a wealth of major manufacturers involved, this season of Formula E has the potential to be the most dramatic to date.

Read on to get fully charged and up to speed on Formula E.

OK, what exactly is Formula E? 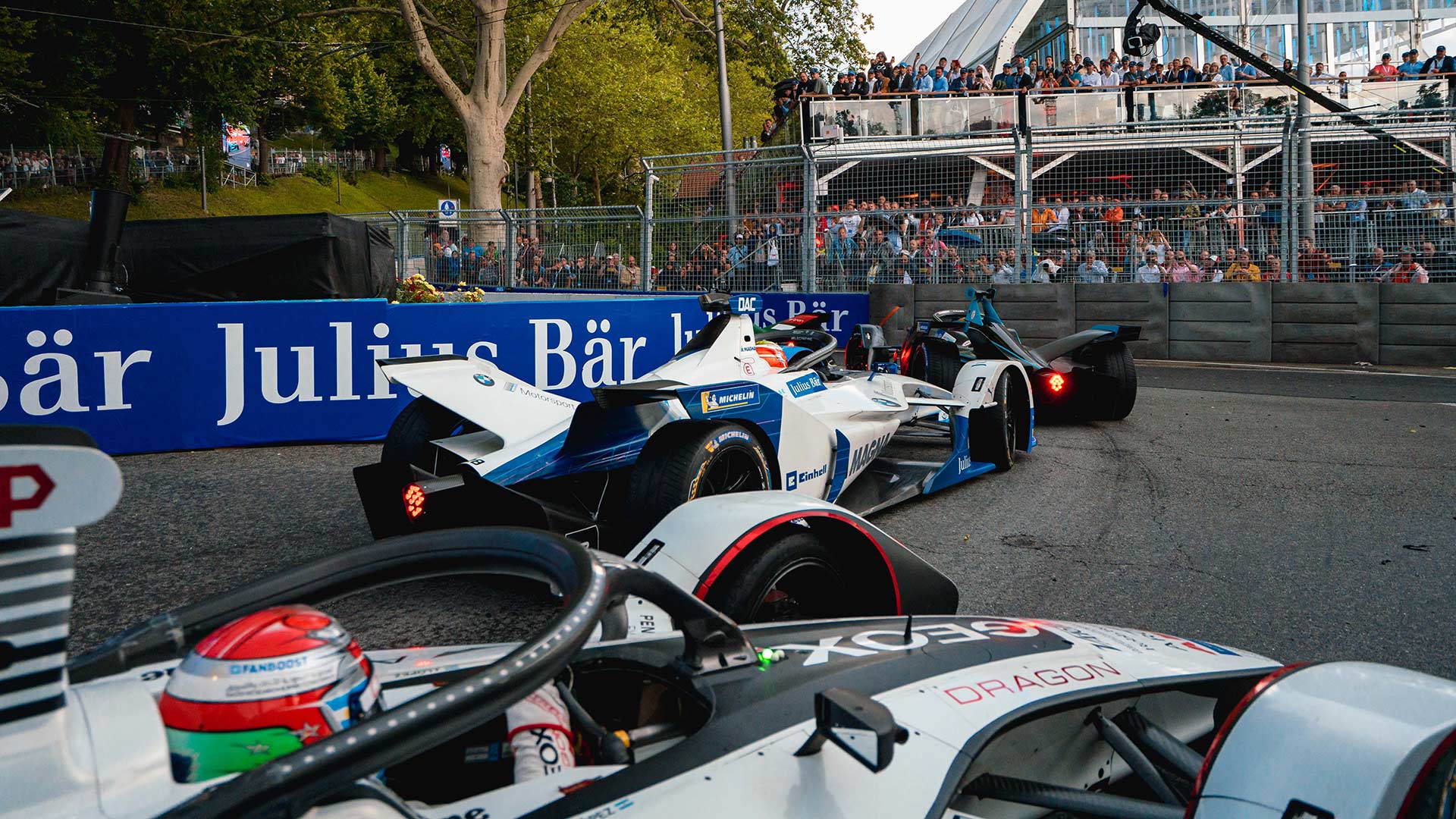 Put simply, it is the only FIA-sanctioned electric motorsport championship. Imagine Formula One single-seater racers, but powered by batteries, and you are on the right lines.

The championship began as a way to promote the significant development of electric vehicle technology, and to prove that battery power does not have to be boring. However, the championship has managed become about more than just the sheer novelty of electric racing.

Formula E is now into its sixth season, and has grown substantially in popularity. This season sees a total of twelve teams competing, with an ever growing list of major car manufacturers getting involved.

What cars do they use in Formula E? 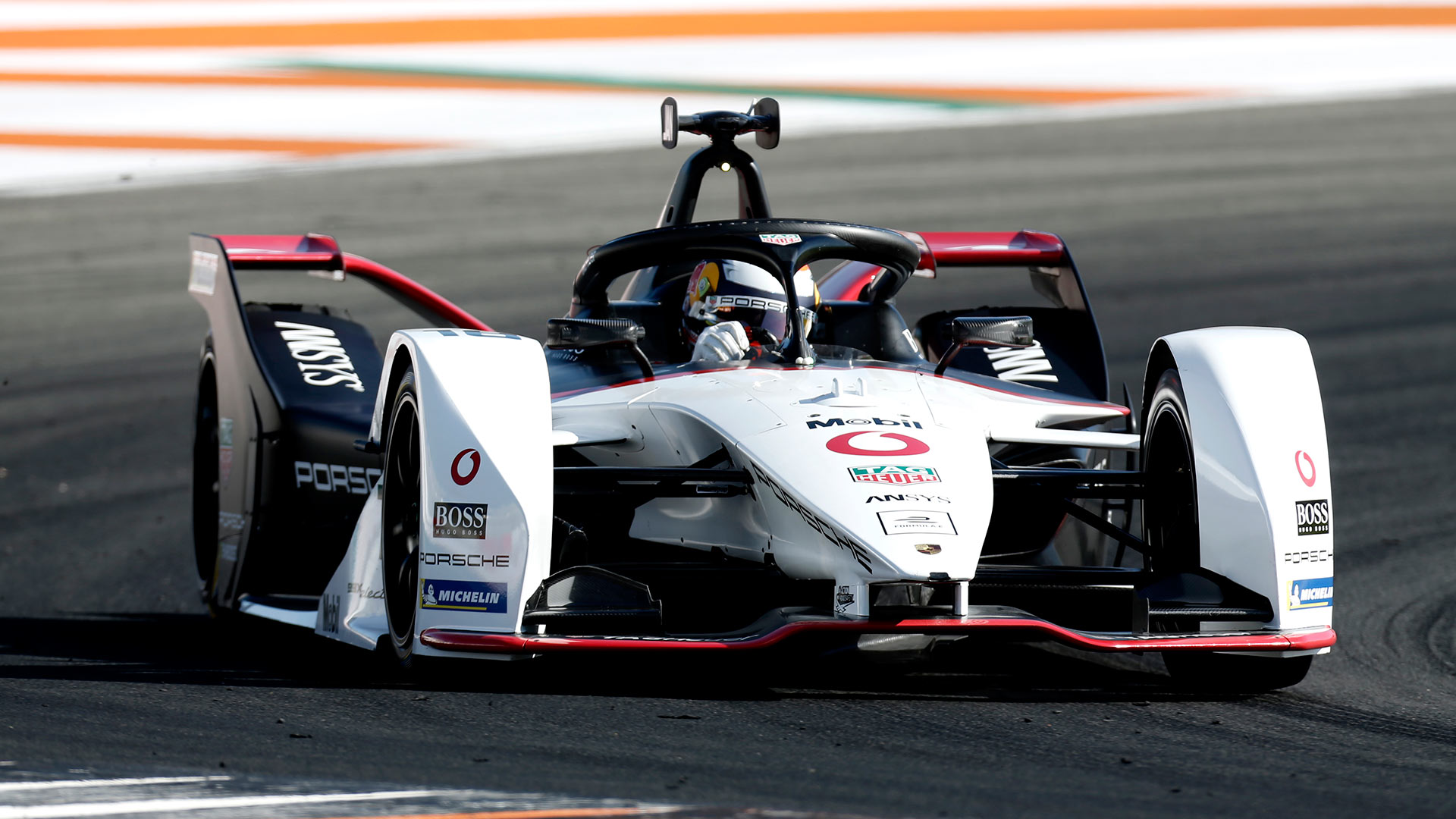 All teams use the same identical Spark-Renault SRT 01E chassis, with batteries supplied by McLaren Advanced Technology. Hitting 0-60 mph in 2.8 seconds, with a potential 174 mph top speed, means these are serious racing cars.

Teams are able to supply and develop their own electric powertrains, but the rules are kept tight to ensure the racing is as close on track. Maximum power output for each car totals 250 kW (335 hp), reduced to 200 kW (270 hp) in race mode.

The cars do feature aerodynamic wings and spoilers, but are nowhere near as intricate as those seen in Formula One. Again, this helps cars race in close proximity to each other, encouraging as much overtaking as possible.

Which car manufacturers are involved in Formula E? 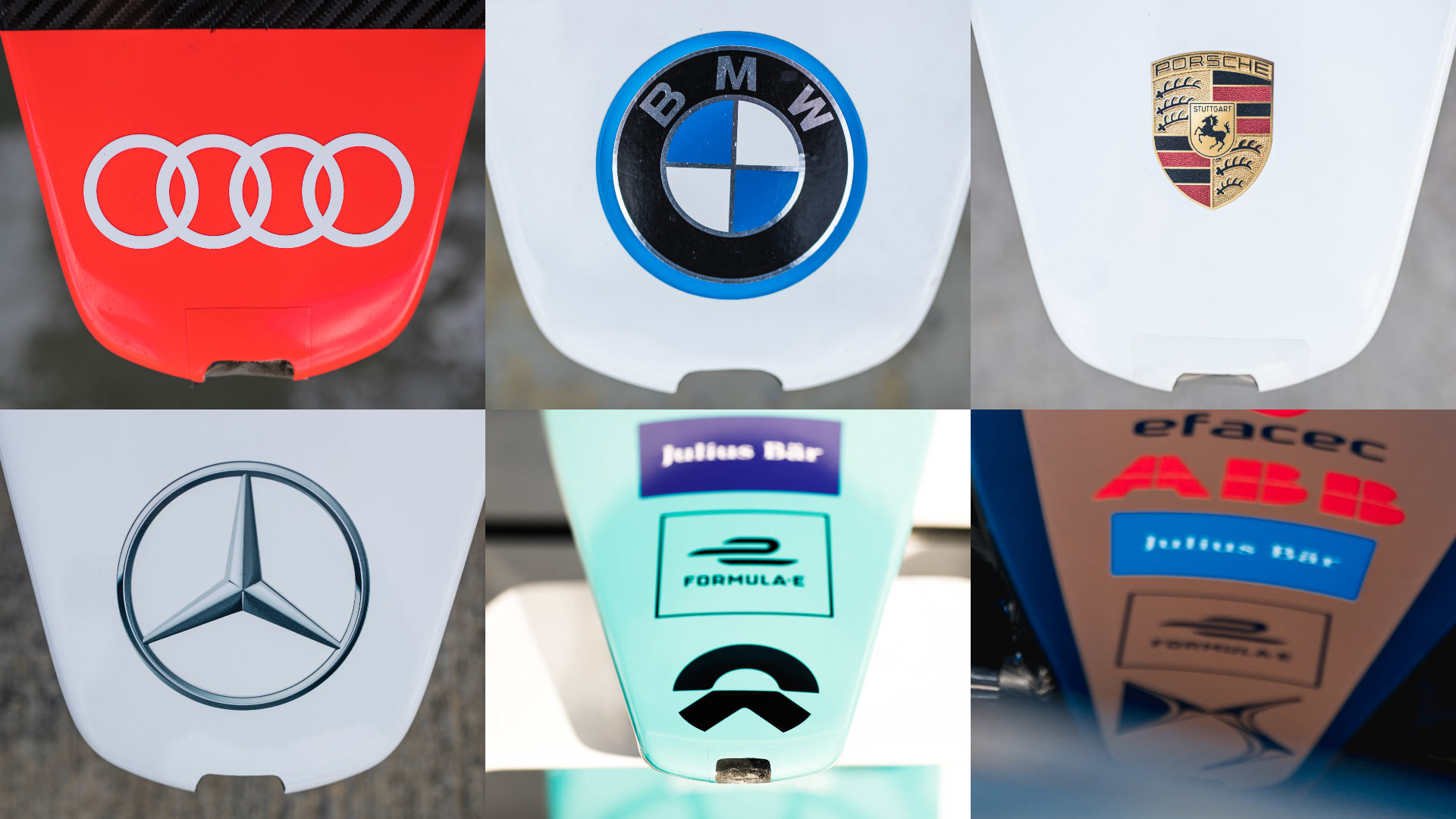 With electric cars rapidly becoming more prevalent on the road, manufacturers have seized on Formula E as an opportunity to demonstrate to the world what they can do.

Other teams include the Chinese company NIO, which specialises in autonomous vehicles, along with the Indian multinational conglomerate, Mahindra.

Where does Formula E take place? 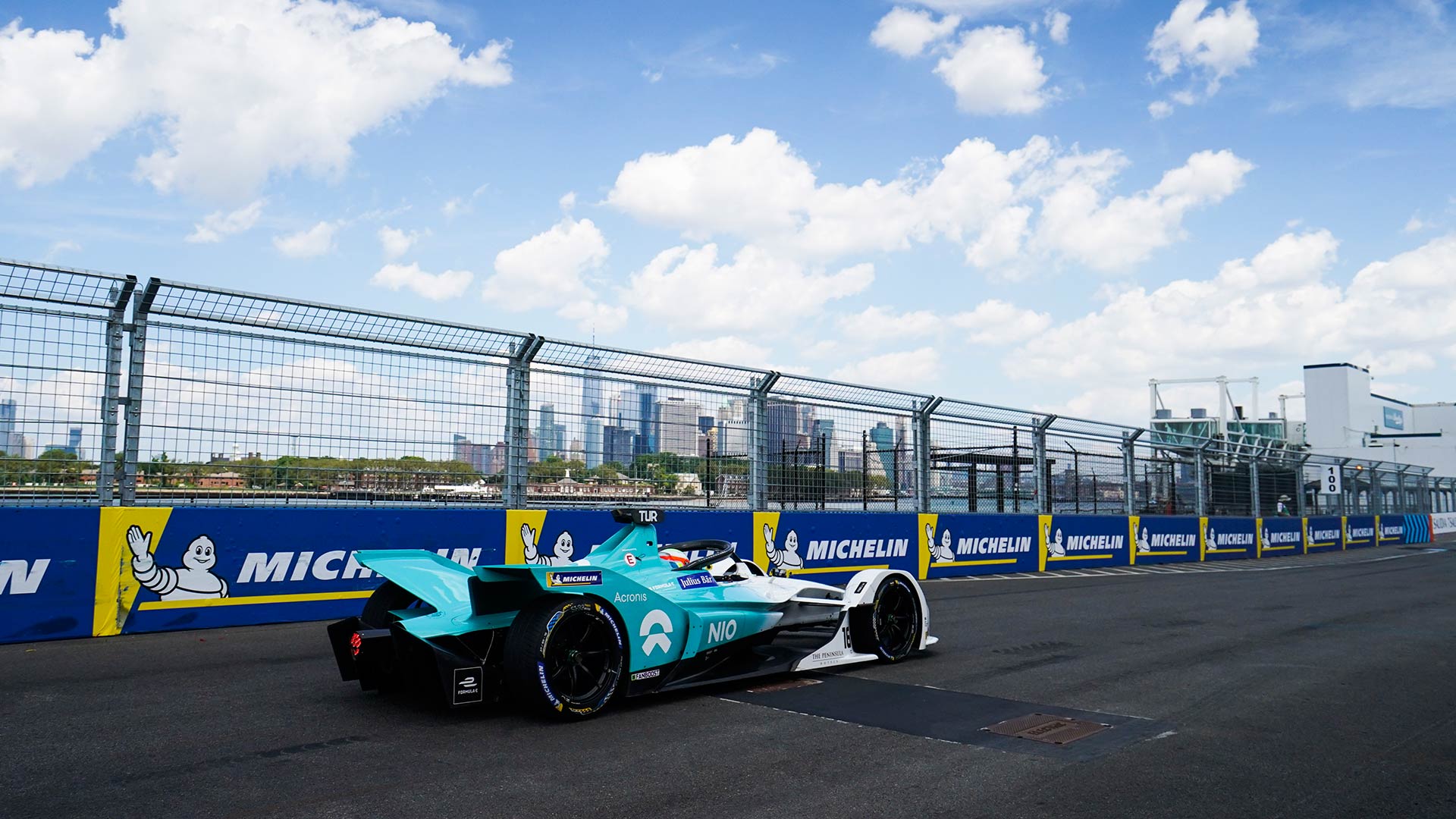 Formula E is dedicated to bringing action straight to the fans, which means racing takes place on street circuits in major cities throughout the world.

This year will see races taking place in New York City, Rome, Paris, and Berlin amongst others. London will act as the host for the grand finale to the season, with a double-header event of two races.

Formula E circuits are shorter in length than those used in Formula One, but feature tight layouts designed to encourage overtaking. Taking place with dramatic backdrops only boosts the appeal.

Does it make for good viewing? 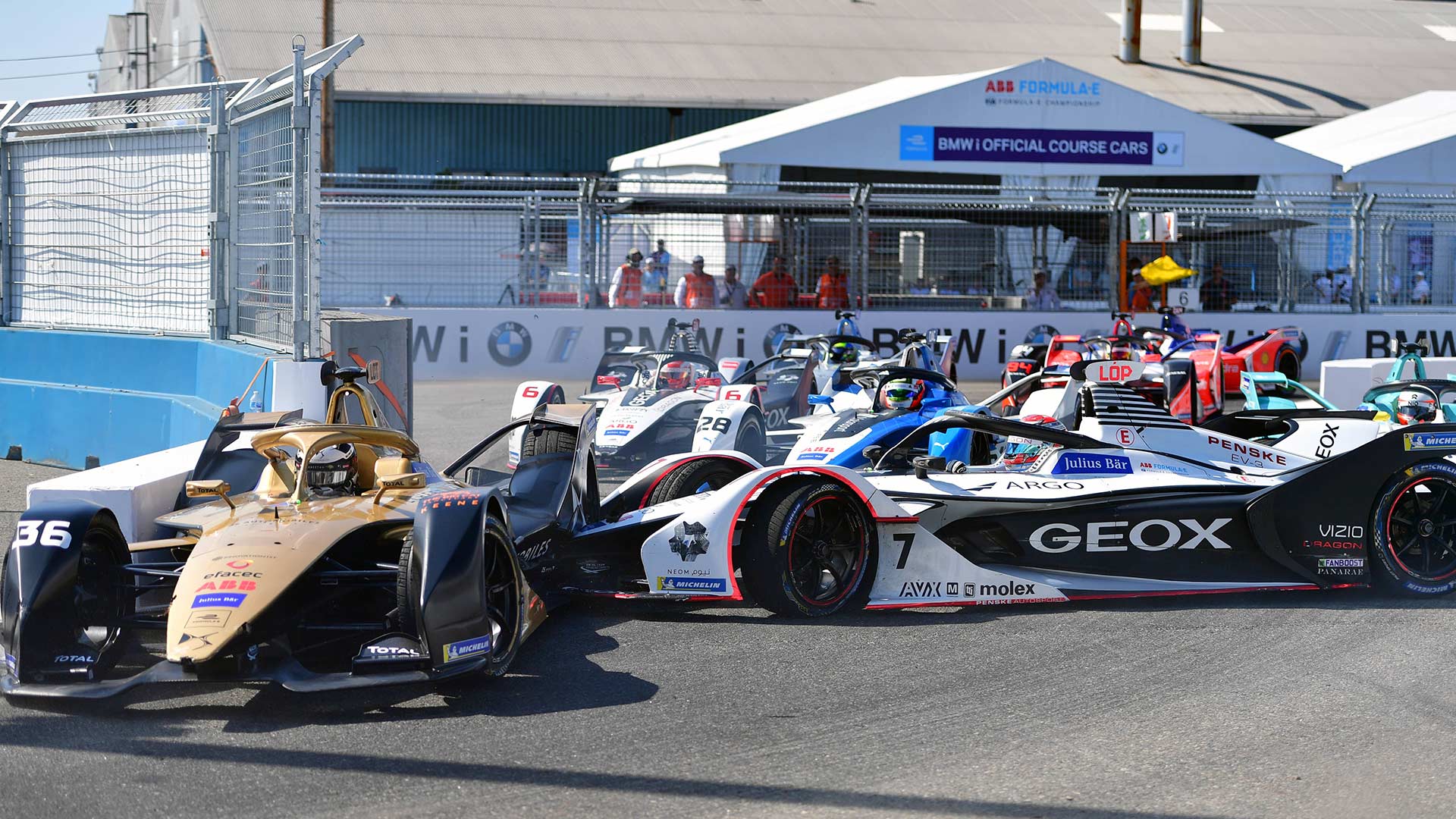 Equal machinery, plus talented drivers and compact circuits, means the competition is as fierce as you would imagine. Expect to see wheel banging and bumping, as scores are settled and fresh rivalries made.

Drivers also have the use of ‘Attack Mode’, which sounds like something inspired by Mario Kart. By moving off the racing line to run through a special designated area of the track, drivers receive a temporary 10 kW (13 HP) power boost for their car.

Fans can also use social media to vote for their preferred driver in the run up to each E-Prix. The most popular five driver then receives an extra ‘fanboost’ of power to deploy during the race.

Will I know any of the Formula E drivers? 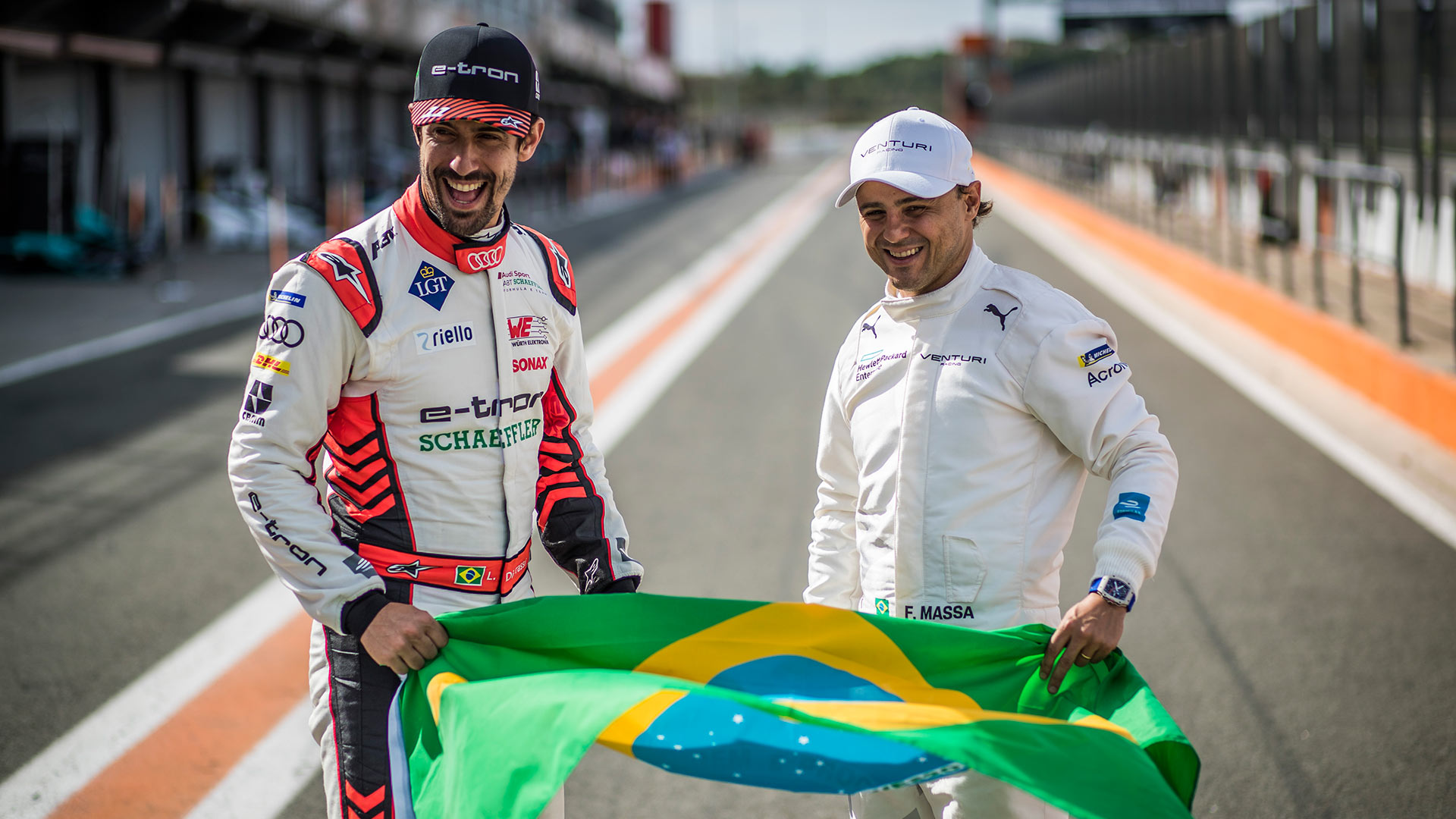 If you have a passing interest in Formula One, then yes indeed. The biggest name to join the series this year is Brendon Hartley, who previously raced for the Toro Rosso F1 team.

Formula E isn’t all about retired F1 drivers though. It is also fast becoming a proving ground for young drivers to demonstrate their skills. The even machinery gives them a far greater chance of success than the current one-sided Formula One competition.

Who is the current Formula E champion? 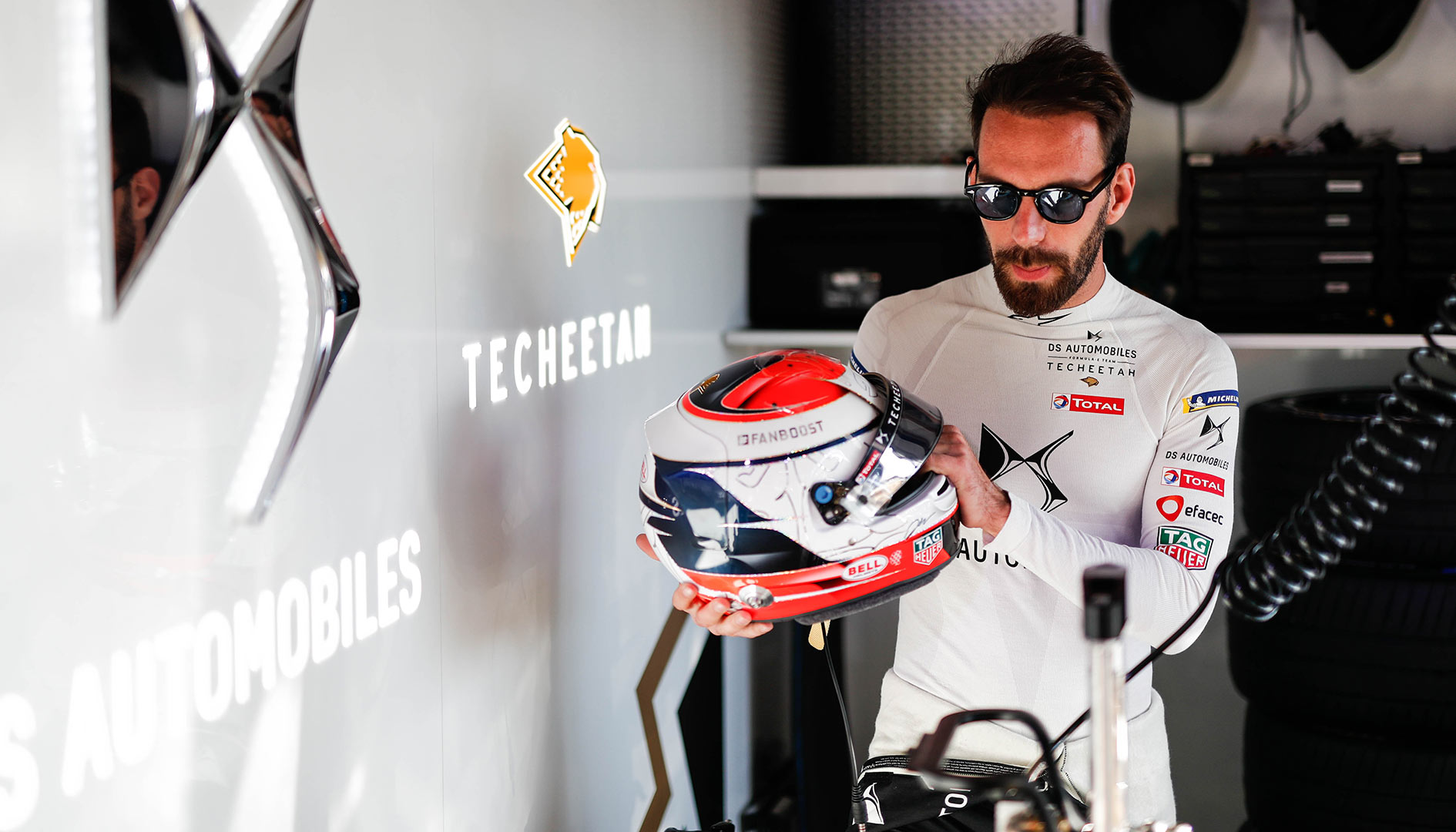 Driving for the Chinese DS Techeetah team, Vergne took a total of three wins from the 12 rounds in the 2018-19 season. The Frenchman is back again for the 2019-20 season, and will no doubt be out for more success.

The DS Techeetah team also scooped the Team’s Championship for the 2018-19, following a close fight with the Audi Sport ABT Schaeffler outfit. With the sheer number of manufacturers involved this season, expect this to be a hotly contested trophy.

What is the Jaguar I-Pace eTrophy? 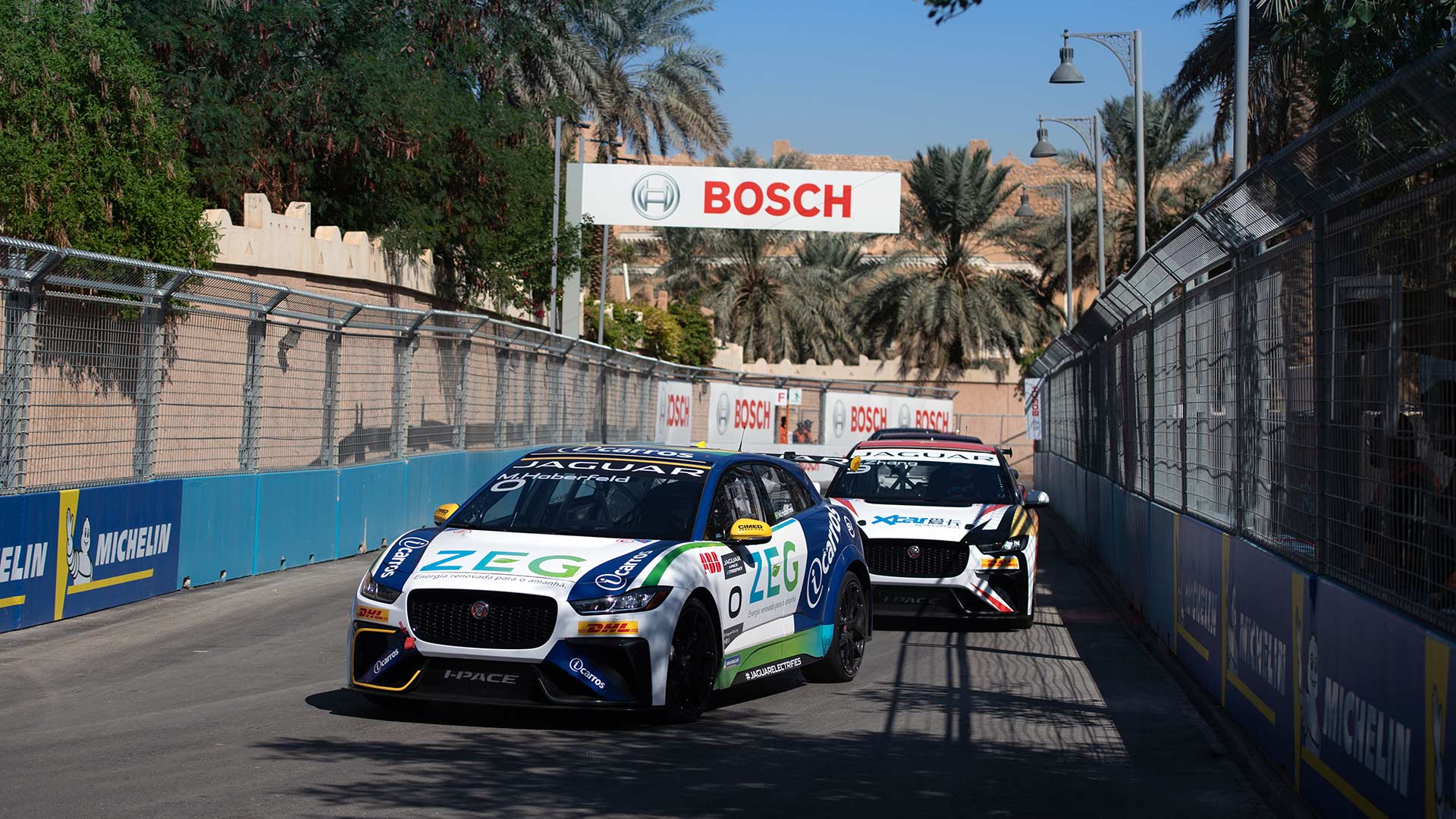 Introduced for the 2018-19 Formula E season, the Jaguar I-Pace eTrophy acts as a support act for the main E-Prix event. Naturally it involves battery power, with a field of up to 20 identically prepared Jaguar I-Pace electric cars racing against each other.

This year the I-Pace eTrophy has adopted the ‘Attack Mode’ feature from Formula E, meaning races should be even more dramatic. The eTrophy will feature at 10 of the 14 rounds throughout the season, with each 25 minute race happening before the main E-Prix event.

Each round sees a special VIP invited to drive one of the I-Pace racers, attracting famous faces from motorsport. For the opening round, female racer Reema Juffali will create history as the first Saudi Arabian woman to compete in an international racing series in the Kingdom of Saudi Arabia.

How can I watch Formula E? 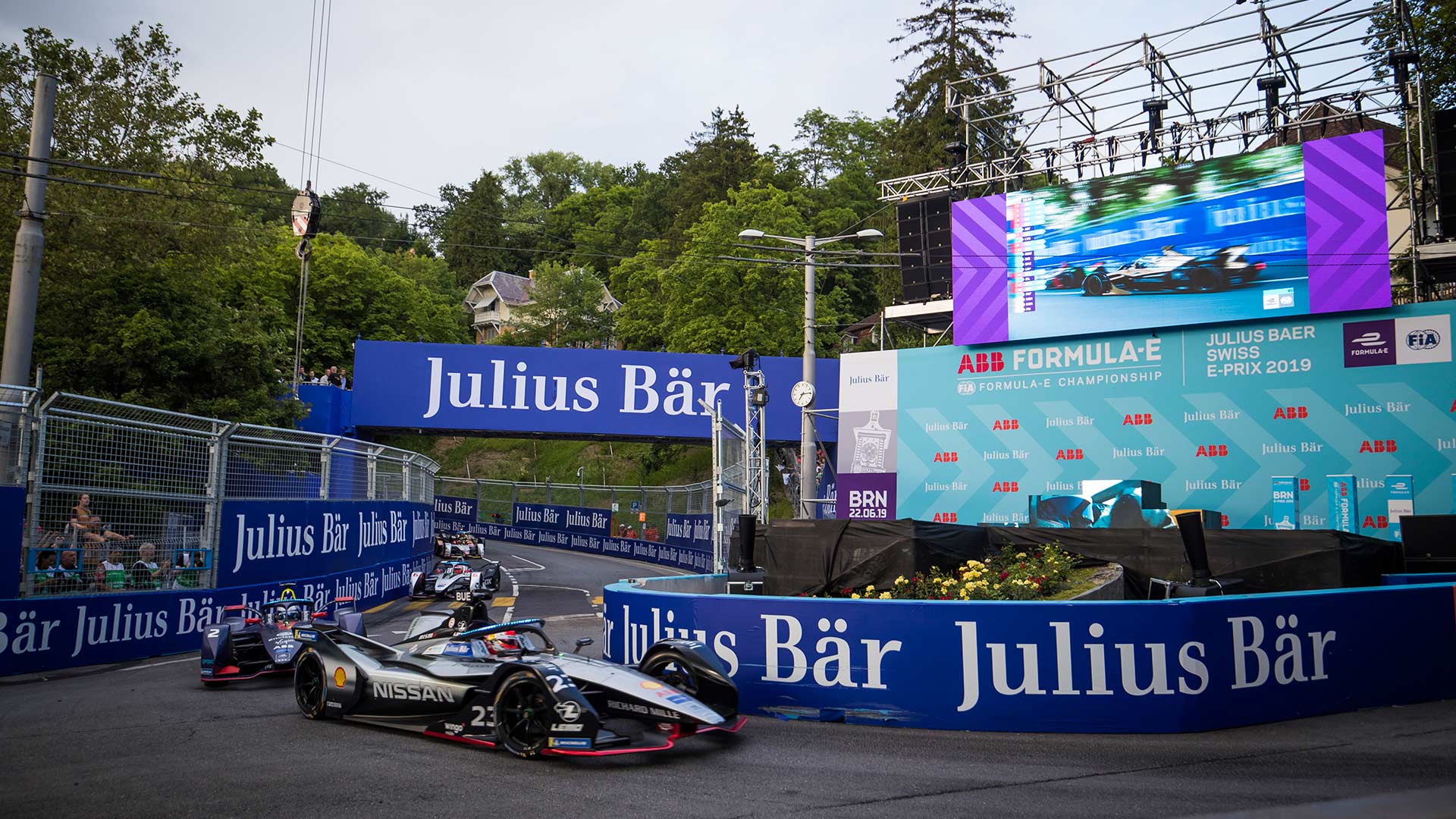 Multiple options exist for to watch the 2019-20 Formula E season.

In the United Kingdom, the BBC provides coverage of each E-Prix, through the BBC Sport website, and also via the Red Button interactive service. Eurosport 2 will air qualifying and race action live, too. United States viewers can watch the E-Prix through Fox Sports 2, whilst Canadian fans are covered by RDS.

Formula E will stream practice and qualifying sessions on Facebook, whilst a dedicated YouTube channel will also see live streaming.

Full details and timings for every viewing option can be found on the dedicated section of the Formula E website. 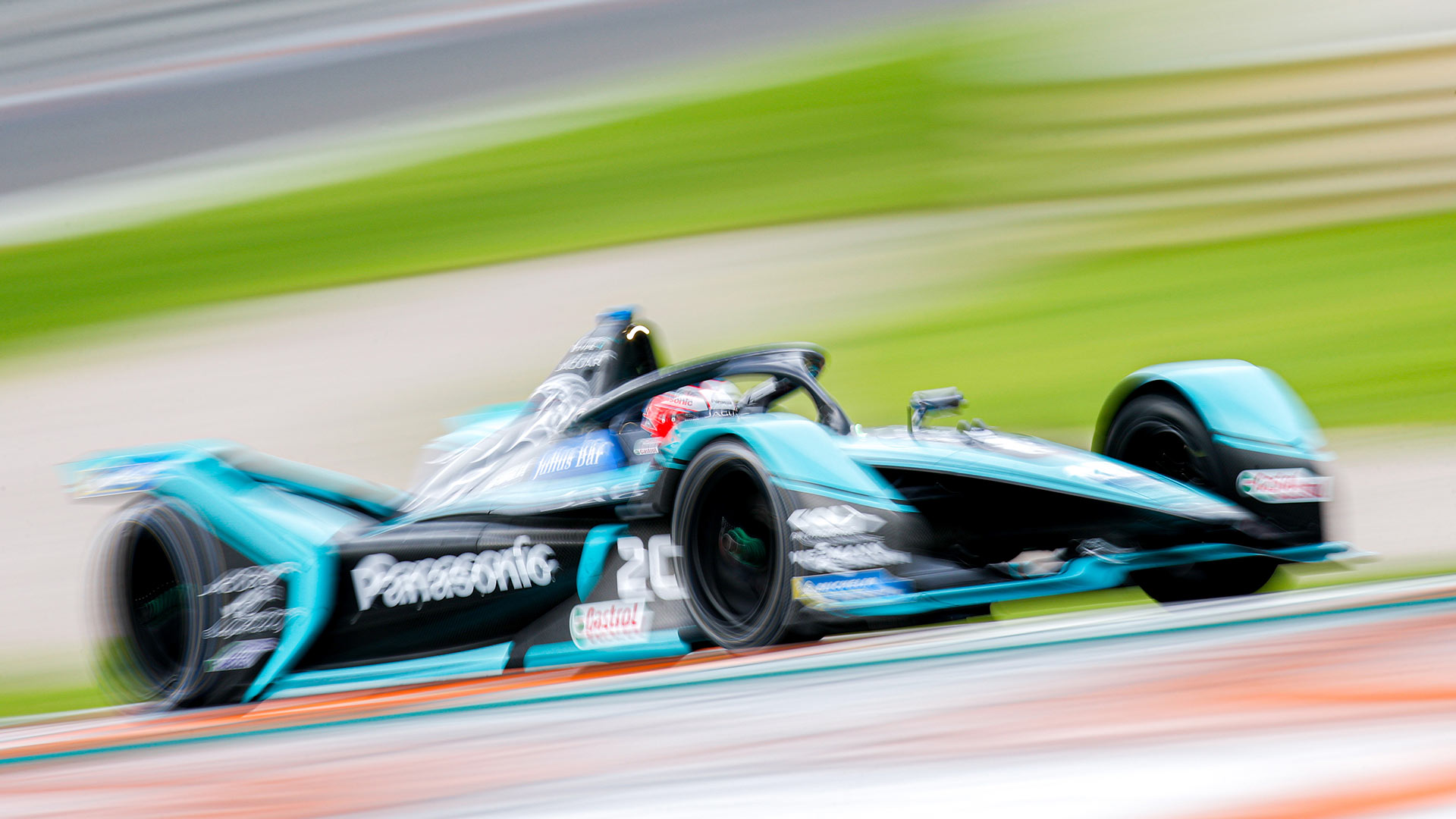 The first rounds of the 2019-20 Formula E Championship take place in the historic city of Ad Diriyah in Saudi Arabia, with a special double-header event.

The twelve other rounds will happen in 2020, setting up the grand finale in London.