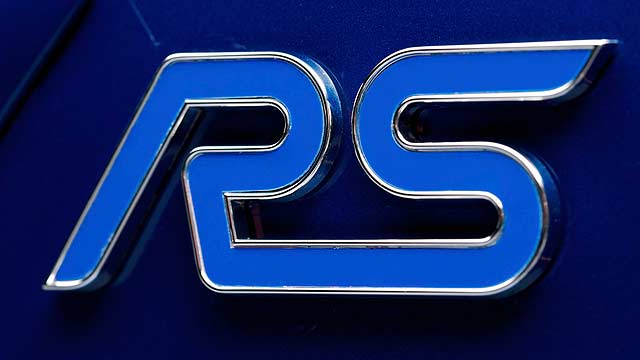 Ford has revealed the new Mustang will pack a 310hp 2.3-litre Ecoboost engine – which almost certainly confirms the heavily-rumoured new Focus RS is set to be a VW Golf R-beating superhatch.

Spy photographers have recently been capturing heavily disguised 2015 model year Focus in testing, with the amount of front-end cladding clearly indicating where the engineering time has been spent.

A new Ford Focus RS is thus on the way, despite the refusal of company bosses to admit its existence, scheduled to be launched in 2015 – and by announcing that the new Ford Mustang 2.3-litre Ecoboost will produce 310hp, Ford appears to have at least revealed the RS’ possible power output.

This would ensure it produced 10hp more than the Volkswagen Golf R (a model that’s actually outselling the regular Golf GTI in the UK).

This won’t guarantee it sector-leading performance, though. The Golf R is a 155mph car that’s capable of hitting 62mph from rest in 5.3 seconds – or, when fitted with the optional DSG, 4.9 seconds. The Focus RS may beat it on power but matching these stats would be a challenge; it’s unlikely to either use four-wheel drive (unlike the previous model) or have a twin-clutch gearbox option.

Instead, Ford may bring back a variation of the old car’s RevoKnucle front suspension, to counter torque steer, and fit a mechanical limited-slip differential. This would give the new Focus RS a rawer, more aggressive feel, more in line with the original four-cylinder Focus RS rather than the previous five-cylinder model.

Ford is almost certain to have a crack at the Nurburgring lap record too: Renault has proven 280hp and front-wheel drive is enough to grab it, so expect Ford to have a challenge high on the priority list.

All the elements are in place; all we need now is for Ford to officially announce the new Focus RS project. One for the 2014 Paris Motor Show, we wonder?