Ford’s equivalent of the Peugeot 205 GTI. Surely that alone is enough to catapult the XR2 into headline-grabbing territory at auctions in 2018?

Possibly not. The Fiesta XR2 never enjoyed the same plaudits as the 205 GTI or, indeed, the Golf GTI. Instead, it was associated with Reebok Classics and baseball caps. Despite that, prices are creeping up, and today might be the right time to buy one.

For the Mk2 Fiesta XR2 – the one we’re driving here – Ford slotted in the 1.6-litre CVH engine from the Escort XR3. With a lowly 97hp, Fiesta ST drivers may mock. But combine that power output with a 839kg kerb weight and you’ve got a car that has potential to be a lot of fun. Not rocketship fast (0-62mph in 10.2 seconds and a top speed of 112mph), but fun.

Sitting in the Fiesta XR2 on a rainy day in 2017, it feels tiny. There’s an upright, very 80s and rather low-rent dash in front of me, and beyond that, a short, near-horizontal bonnet. I feel that, if the windscreen wasn’t there, I could lean forward and touch the car in front of me in traffic.

That feeling of vulnerability doesn’t fade when I start driving. Other cars seem huge, and the XR2’s brakes take more than a second or two of getting used to. Threading it around narrow Sussex lanes, I’m very conscious of how quickly things could get nasty if an ESP- and ABS-equipped SUV comes hurtling around the corner. 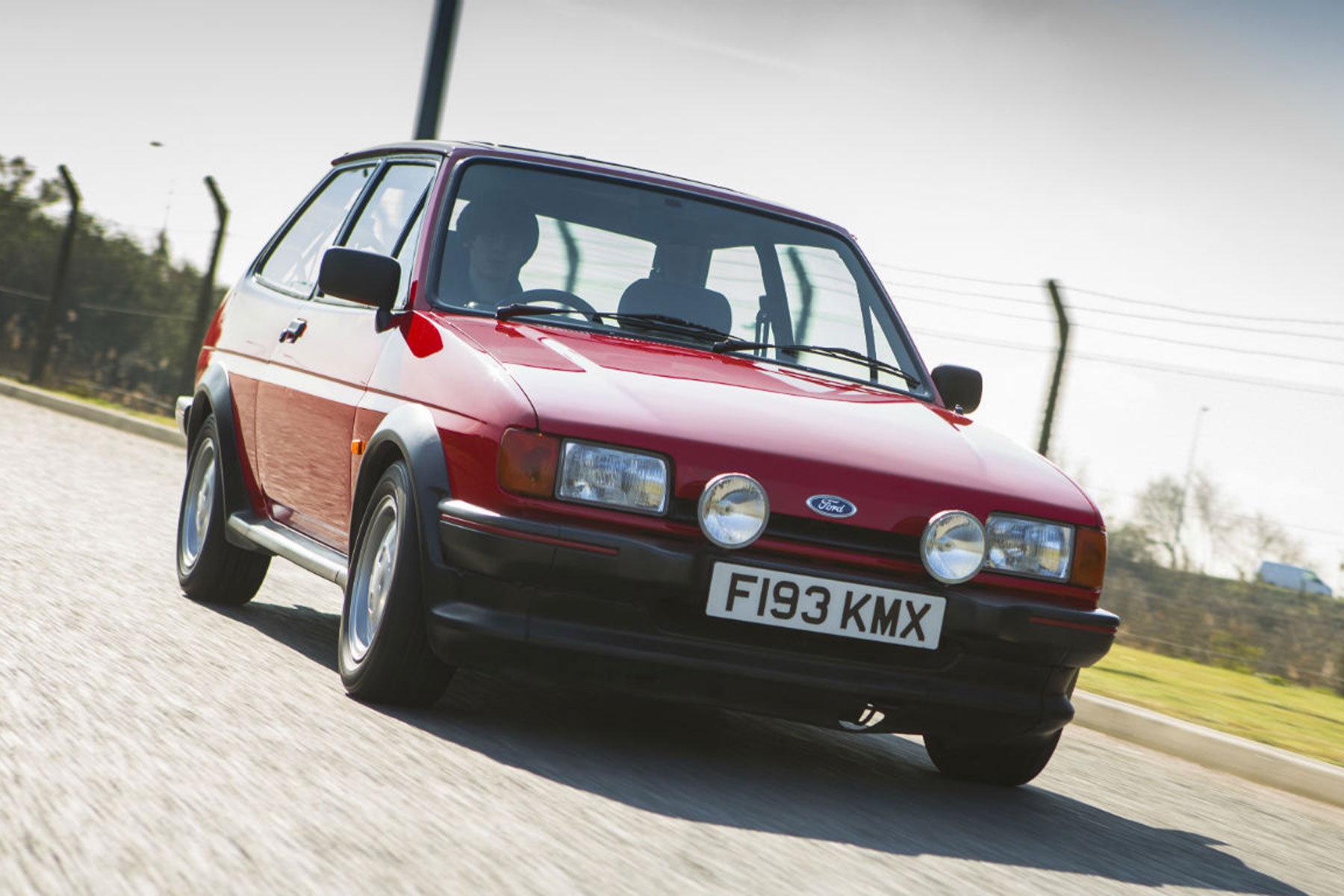 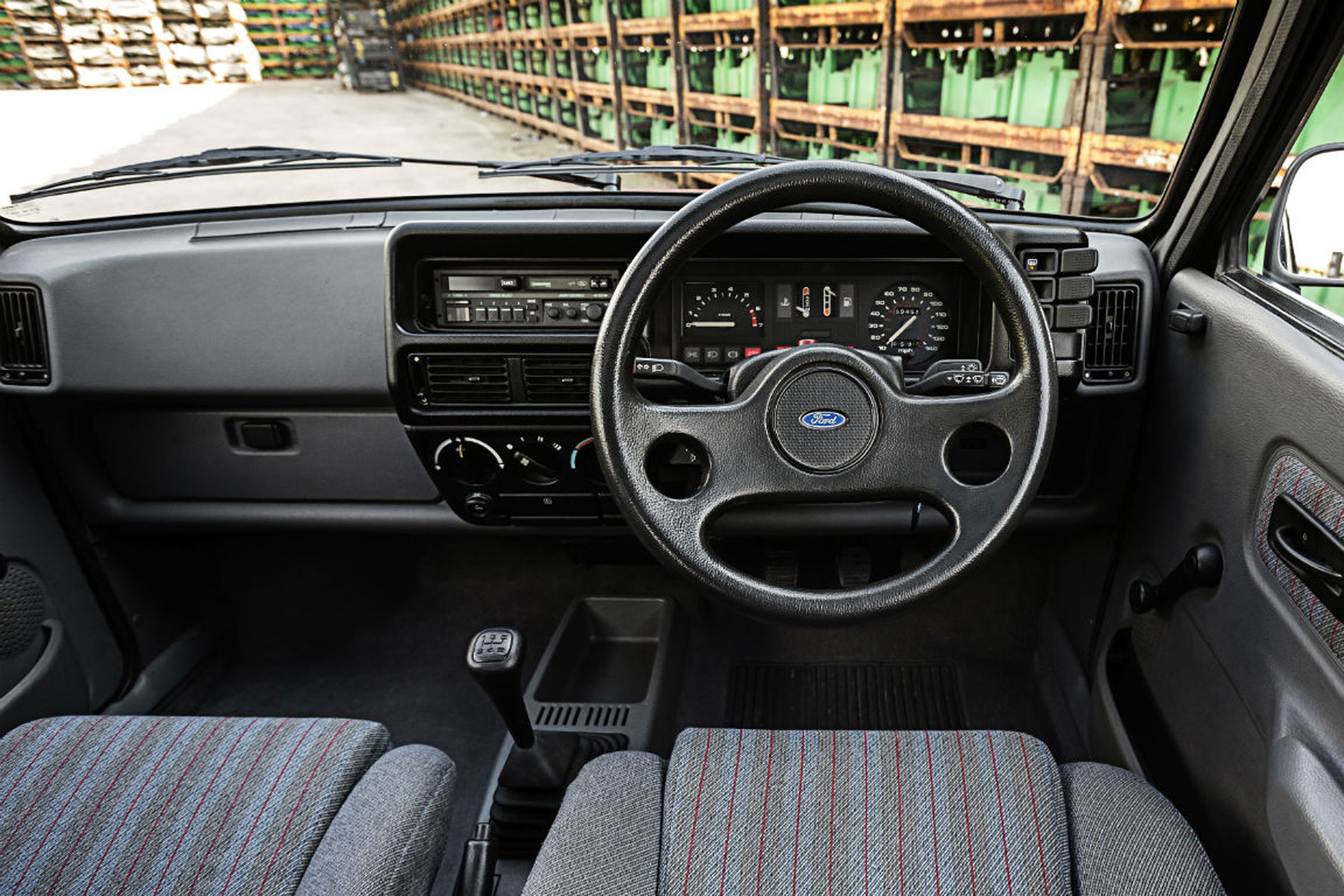 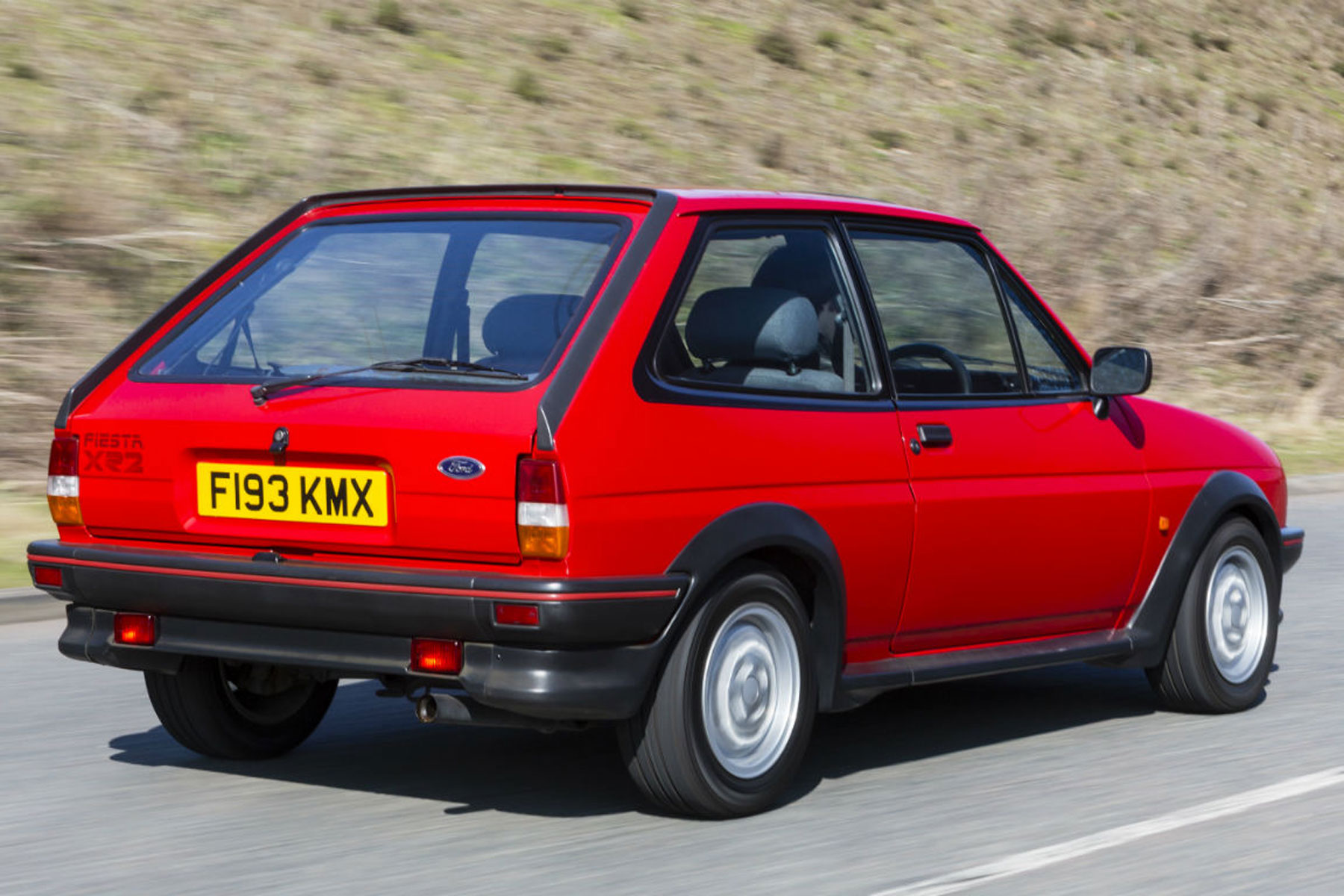 But vulnerability adds to the feeling of fun, right? It’s the same reason people braver than me enjoy rollercoasters. And once I get into the spirit of the XR2, I begin to thoroughly enjoy it.

Its rorty exhaust note adds to the sensation that the XR2’s carb-fed engine is working harder than it is, and it’s very easy to have fun at thoroughly legal speeds. It’s a car that’ll take you back to being a 17-year-old.

The brakes (drums at the rear, discs at the front) are woeful by today’s standards, and the Fiesta rolls around in corners. In truth, I can see why the 205 GTI enjoyed a much better reputation in its day. The XR2 isn’t the same polished hot hatch as today’s Fiesta ST, but it’s lots of fun in a nostalgic kinda way. And that’s why we drive these cars 30 years later, isn’t it? 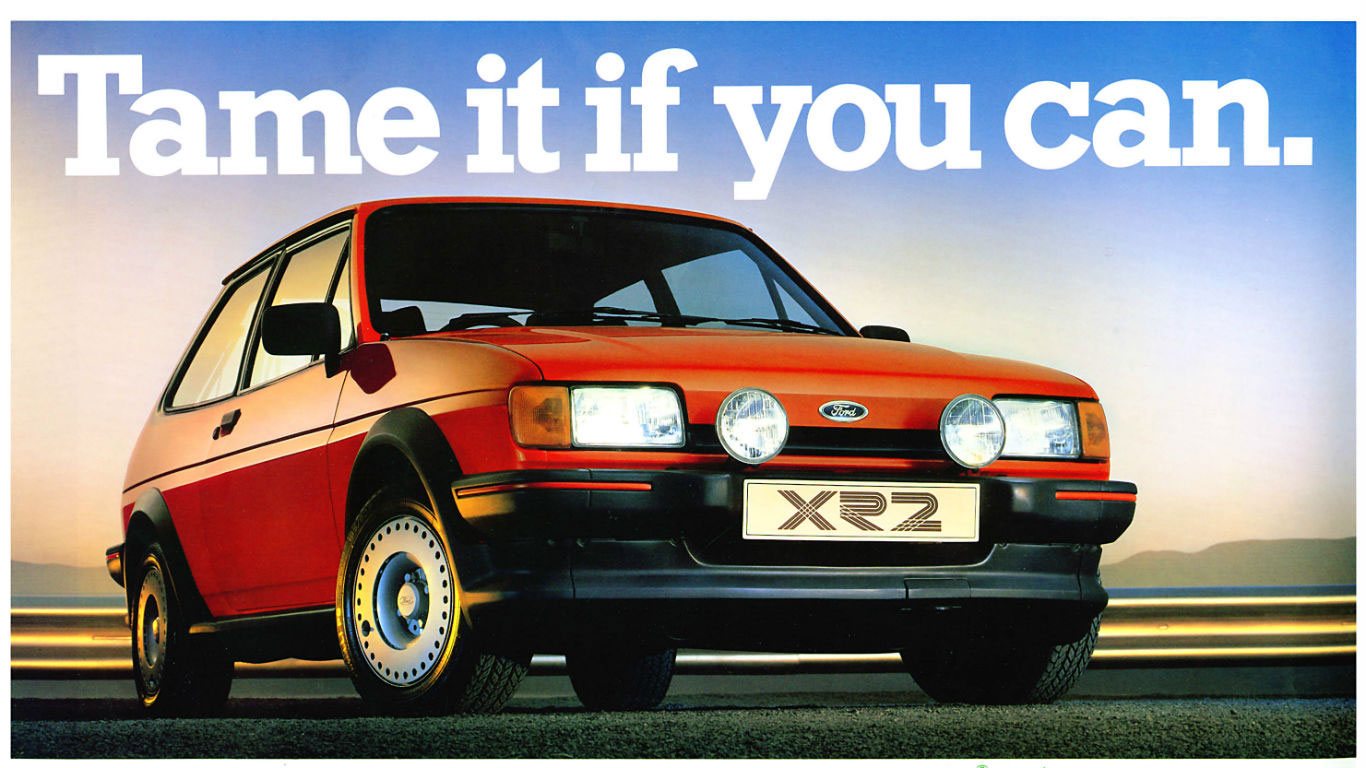 Not so long ago, a couple of grand would have got you a useable Fiesta XR2. You might have missed the boat if that’s your budget today, though. Even ropey examples will fetch upwards of £4,000 at auction, and we’d be wanting close to £10,000 for a good one. But when you compare that to other fast Ford prices – or, indeed, Pug 205 prices – it almost seems acceptable.

Corrosion is the biggest issue for Fords of this era, so do have a good poke around before handing over any cash. Check the sills and wheel arches as dirt and moisture can get trapped behind the bodykit. The bulkhead (below the windscreen) is another rust-trap, as are the front suspension turrets.

As usual, we’d suggest checking the fluid levels under the bonnet and watching out for blue smoke from the exhaust when it’s started up. A heavy history folder is desirable. Most will have been restored at least once in their life, so check that any work has been done to a high standard.

Other than that, look out for general cosmetic wear and tear. They were built to a price, and parts can be hard to find today. 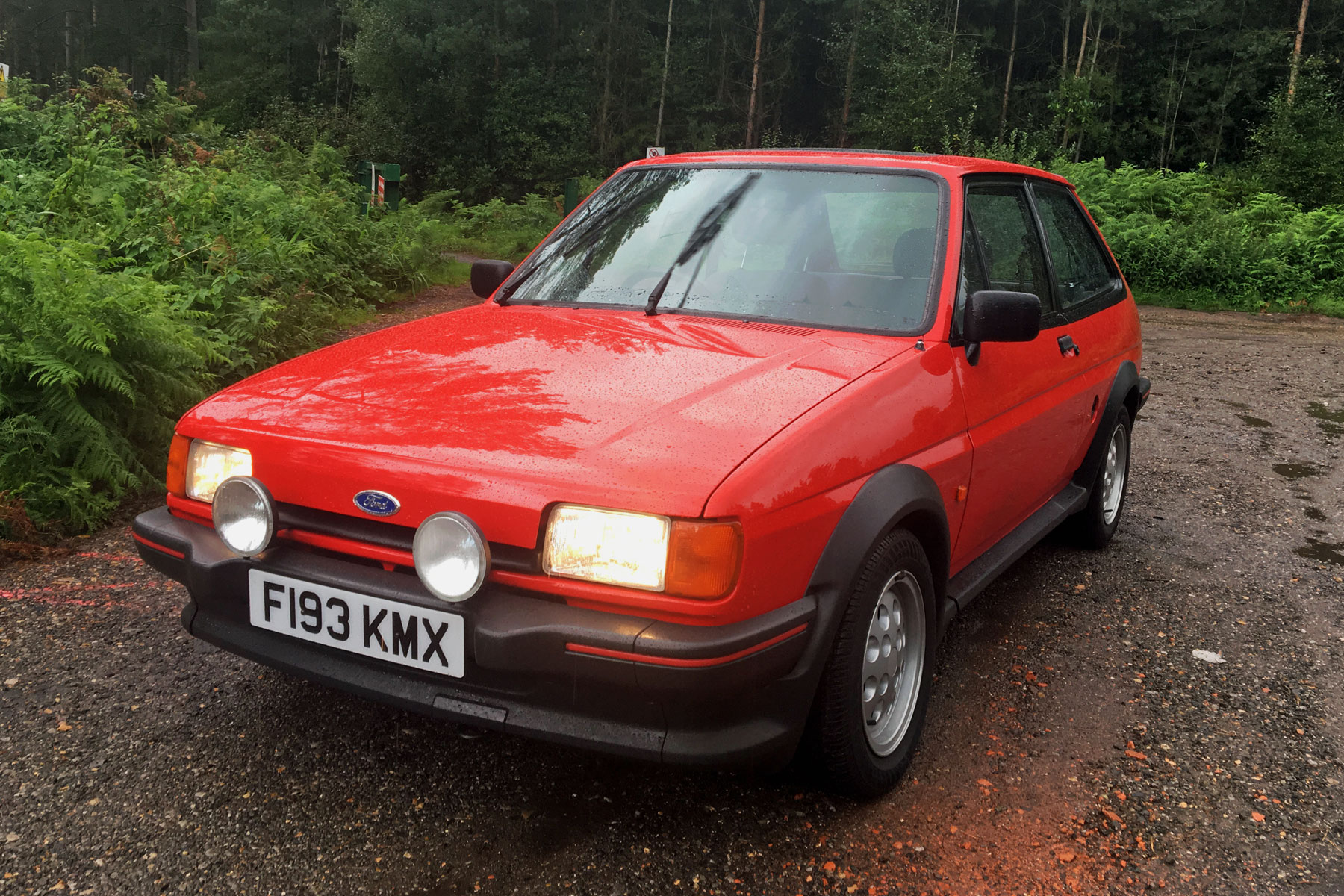 French hot hatch fans will turn their noses up at the little Fiesta, and arguably rightly so. On a purely objective basis, it’s not all that. But it’s the 80s hot hatch this reviewer would spend his own money on.

Those pepperpot alloys, its rorty exhaust note and, of course, front spotlights, all add up to a piece of nostalgia well worth investing in today. If you’re seriously thinking about spending some cash on an XR2, just make thoroughly sure you know what you’re investing in. A rotten one could lead to heartache.