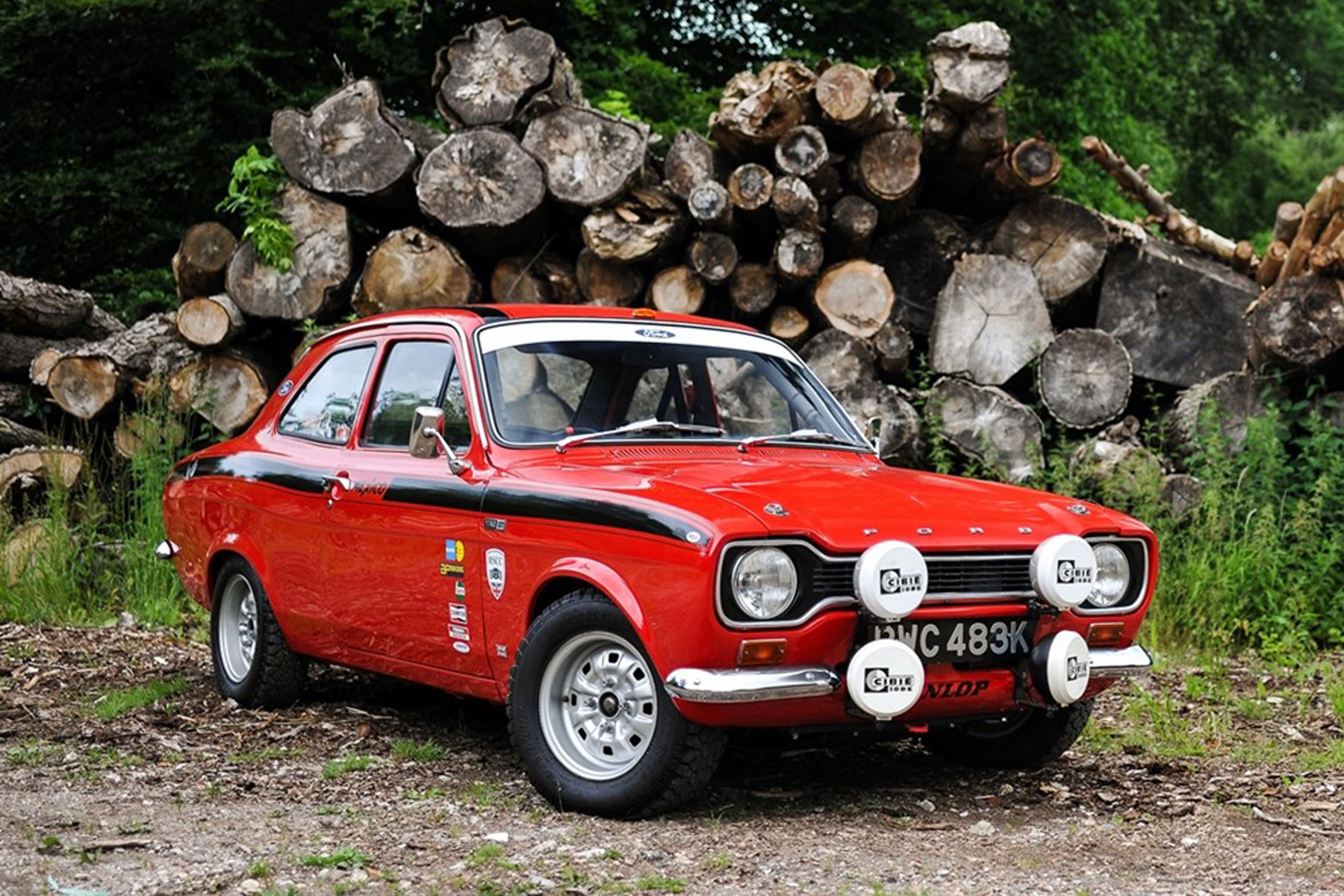 Of course, there’s no guarantee that the Mexico will sell for this figure, but if you’re looking for a yardstick to measure the growth of the classic car market – fast Fords in particular – this could be it.

Over 180 cars entered in our 7th July auction… https://t.co/C6LrOBsc5c pic.twitter.com/TWQrihQFJ9

Launched in 1970, the Mexico was introduced as a less expensive alternative to the Escort Twin Cam and RS1600. Other than the decals and badges, there was little to distinguish the Mexico from its twin-cam stablemates – even the Cibie Oscar driving lights and Minilite alloy wheels were optional extras.

The Mexico was, as the name suggests, a celebration of Ford’s success at the 1970 London to Mexico World Cup Rally. Ford could build 100 Mexicos a week at its Advanced Vehicle Operations (AVO) facility in Essex, with 66 Rallye Sport dealers entrusted with the job of shifting the cars.

It is, if you like, a bonafide classic car legend. Mention the words ‘Escort’, and ‘Mexico’ and grown-ups will be reduced to starstruck children, regaling you with stories of a misspent youth at the wheel of this race-bred street hooligan. 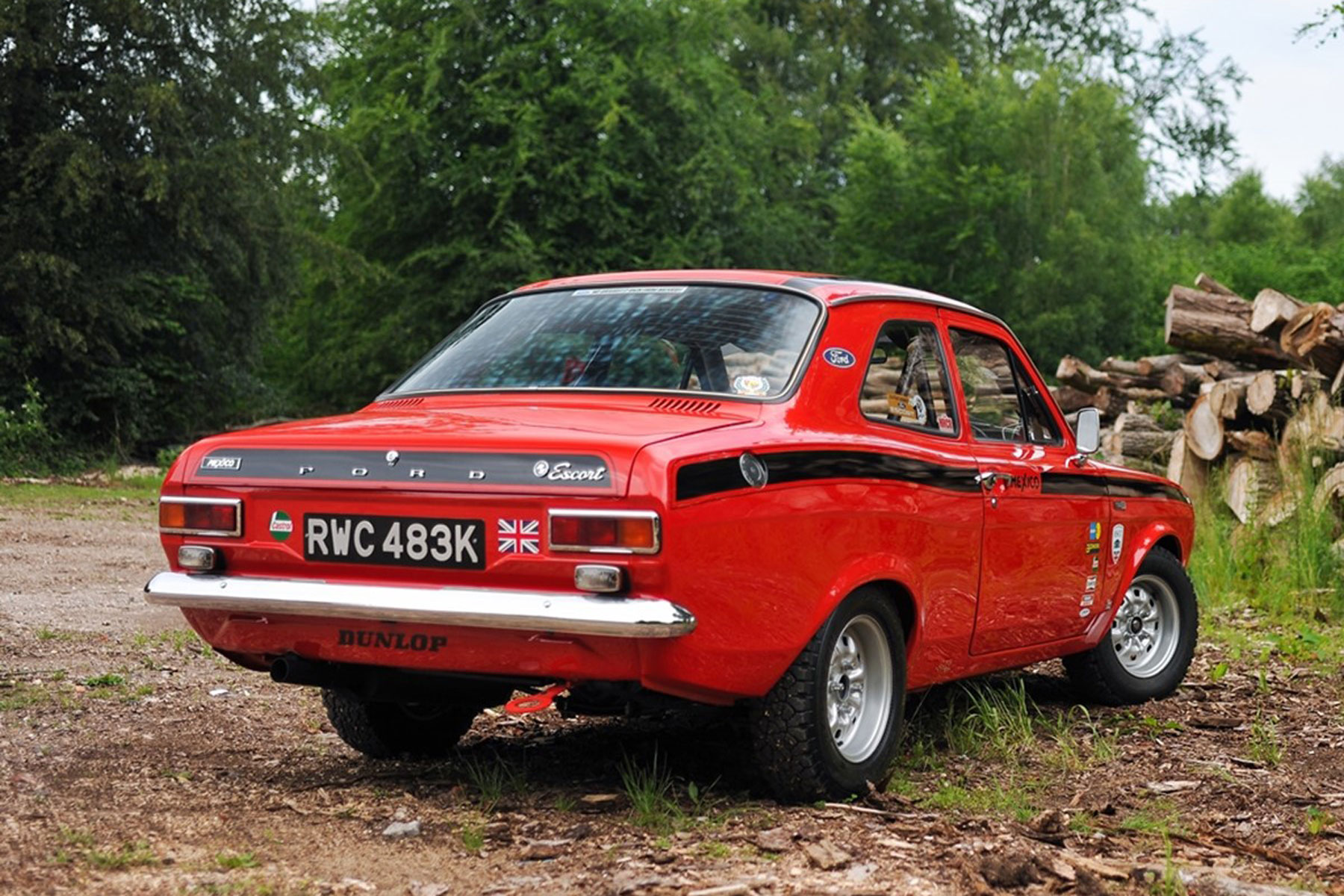 The Historics auction car has led a colourful life. ‘Born’ in May 1972 and first registered as a Mexico by the Ford Motor Company, ‘RWC 483K’ was built with a Type 49 Twin Cam body shell to export specification. As such, it featured a battery under the bonnet, opening quarter lights and, perhaps most importantly, a steering wheel on the left.

Painted Sunset Red, it was first used in Sweden as a PR and advertising car, before returning to AVO for use as an experimental vehicle by Ford’s engineers. Later, it was strengthened and prepared as a backup recce vehicle for the 1973 East Africa Safari Rally. At the time it was powered by an 1840cc crossflow Kent engine.

When its work was complete, company employee John Aedy was permitted to buy ‘RWC 483K’, together with an RS2000 body shell, on the proviso that he returned the car to Mexico specification. Aedy installed the seats from the RS2000, converted the car to right-hand-drive, and used the Mexico as his daily-driver for many years. 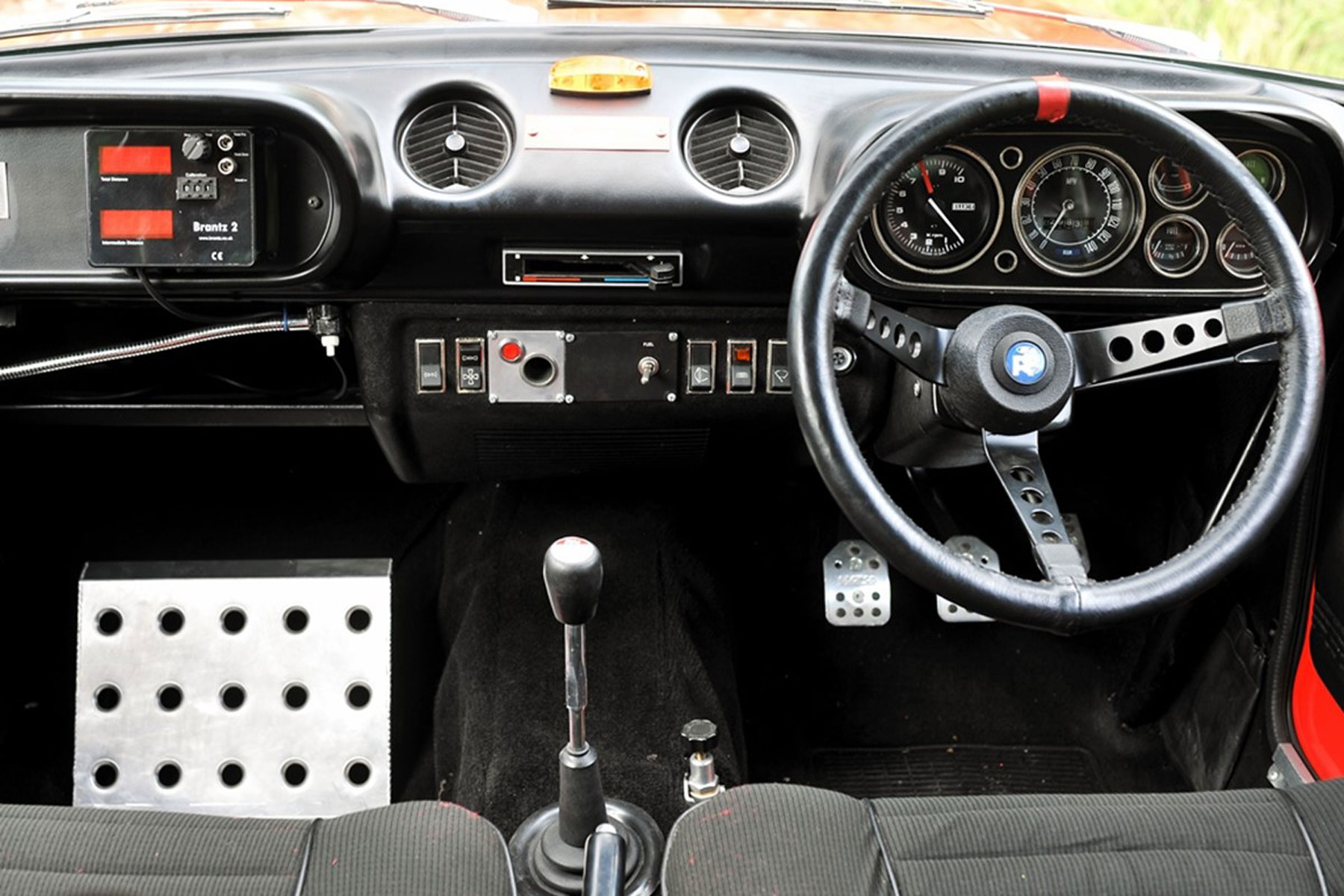 The Mexico changed ownership in 1998, although Aedy was on hand to assist with a seven-year rebuild before the car was put back on the road in April 2005. Since then, it has featured in numerous magazines and won trophies at various classic car shows.

According to Historics, “Ex-works Fords are among the most sought-after competition cars around, and although ‘RWC 483K’ has no in-period rallying history, it nevertheless represents a rare opportunity to acquire a genuine AVO-built example that, unusually, retains both its original body shell and engine.”

Could it double its money from when it was last sold at auction a decade ago? Find out at the Historics at Brooklands sale on 7 July 2018.