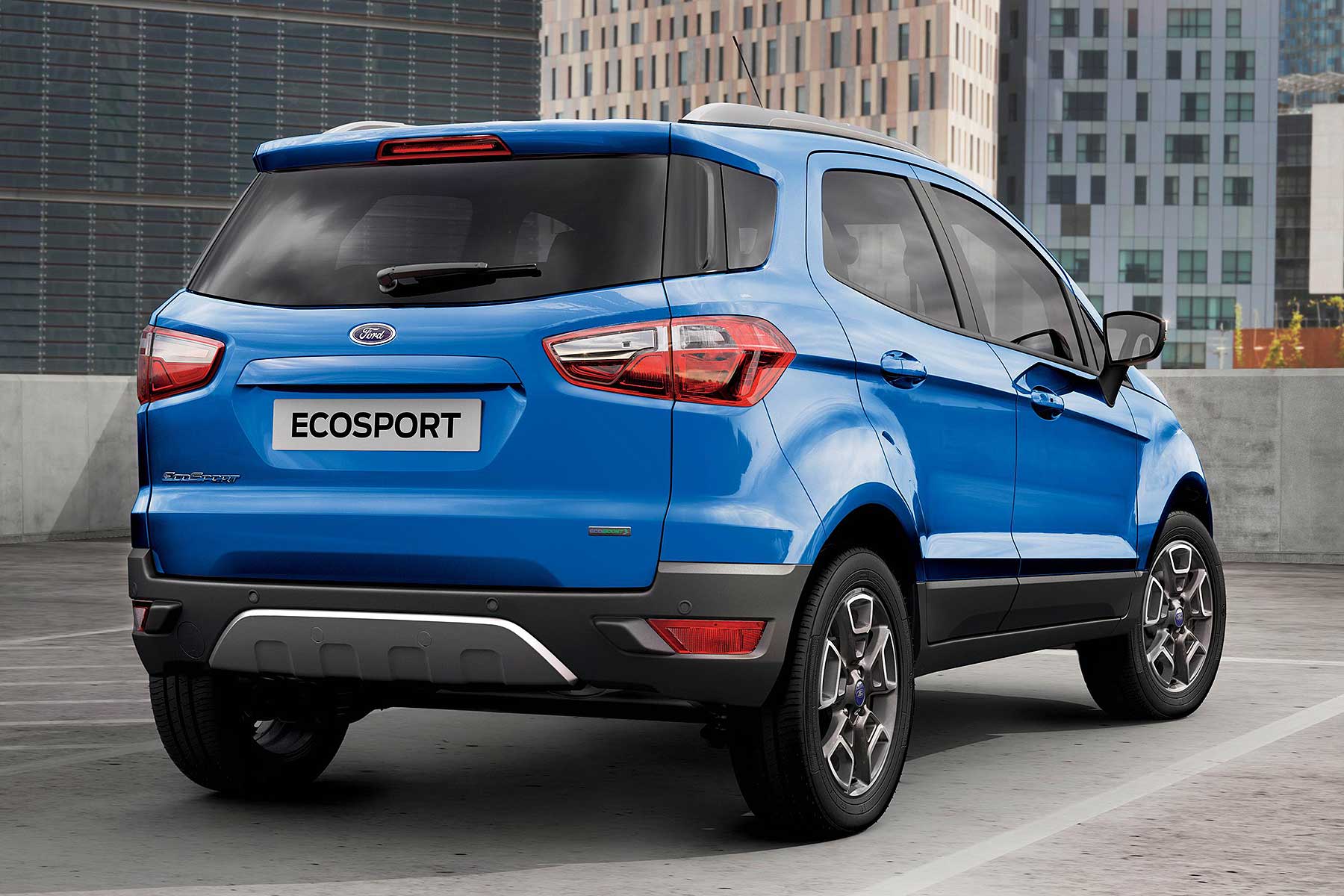 The significantly revised Ford Ecosport is now available to order in dealers, with prices starting from £14,245.

The rushed overhaul of Ford’s Nissan Juke-rivalling compact SUV is aimed at improving the Ecosport’s poor reception by motoring reviews and customers alike.

Sales have been weak, despite this being a booming sector, and reviewers have slated the car which, in launch guise, fell well below Ford’s usual high standards.

The firm has thus launched a major overhaul of the Ecosport barely a year after its UK launch. Changes include:

Ford has also removed the much-criticised tailgate-mounted spare wheel that gave the Ecosport a dated appearance and, without a rear-view camera, made it hard to park.

Ironically, a rear-view camera will at last be optional later this year.

Joe Bakaj, vice president of product development at Ford of Europe said: “The team at Lommel Proving Ground in Belgium have further enhanced the driving dynamics to make the new Ecosport even more fun to drive on European roads.”

Question is, why wasn’t all this done from the start?