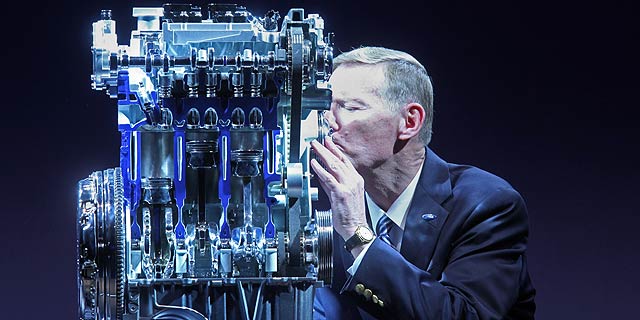 Described as “the future of engine technology”, the high-tech three-cylinder engine even beat off the high-power YASA Motors electric motor that featured in the Jaguar C-X75 concept car.

That scooped a highly commended prize instead.

Ford designed, developed and engineered the 1.0-litre Ecoboost in the UK, at its technical centre in Dunton, Essex. It produces up to 125hp in production guise, yet also averages 65.7mpg and emits from 99g/km CO2; all around 20 per cent better than normal engines, such as the 1.6-litre four-cylinder motor it replaces.

It is offered in the Ford Fiesta, Focus, B-Max, C-Max, Tourneo Connect and Transit Connect, plus the future EcoSport mini SUV and even the new 2014 Mondeo.

Mike Hawes, SMMT Chief Executive and one of the Award judges, said: “The UK is a hotbed for global automotive engineering talent, a fact proved by the winning Ford entry being designed and developed at its Essex R&D centre and achieving global recognition.

“The outstanding calibre of the entrants to this year’s Award is testament to the wealth of design and engineering talent here in the UK.

“SMMT is working hard with its members and government to ensure the UK maintains and develops its reputation at the forefront of automotive innovation.”