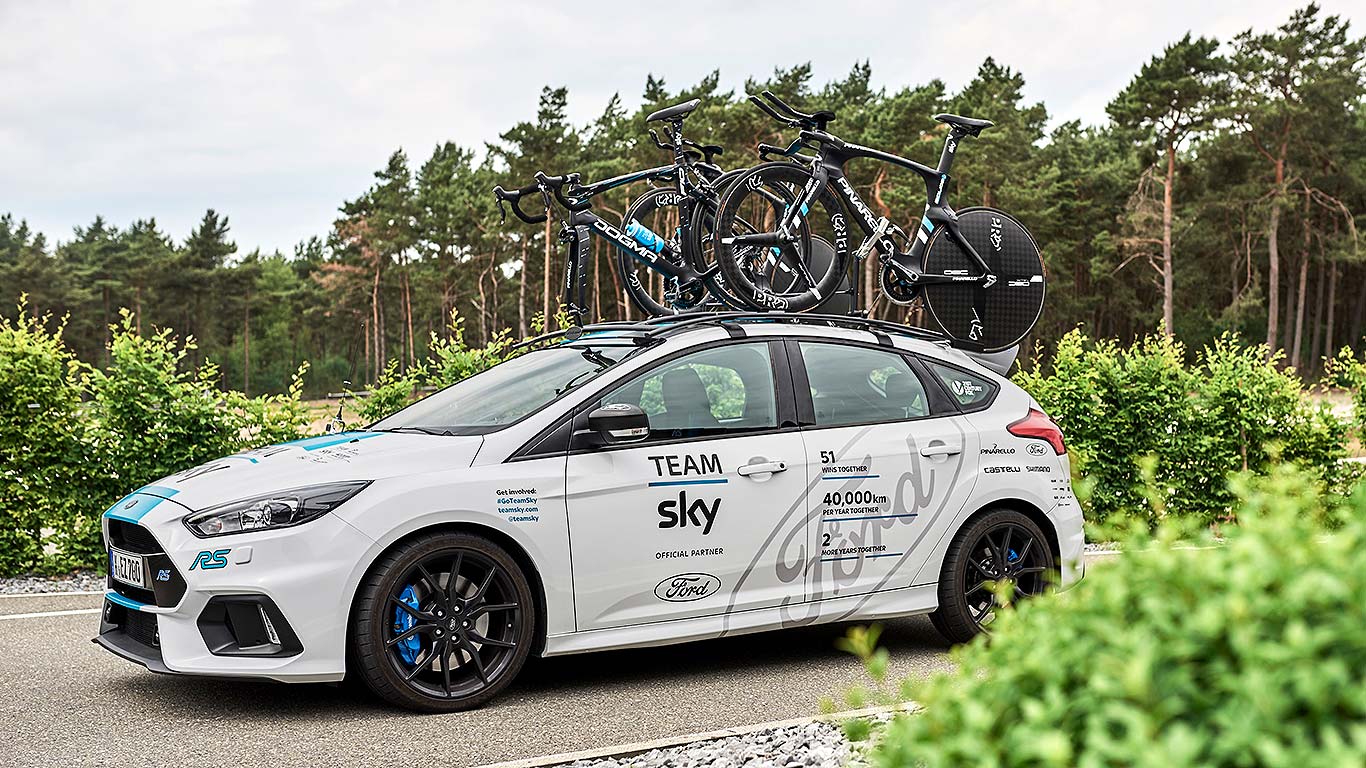 Ford is marking the extension of its official car supplier partnership with the Team Sky cycling team by rolling out a custom-built white Focus RS that will be used as scouting car when the 2017 Tour starts on July 1 in Dusseldorf.

And, yes, it can drift even with the Team Sky Pinarello bikes loaded up, as the video below proves…

The Team Sky Focus RS boasts specially developed Recaro race seats, which let those sat within move around more freely – and lean out of the car more safely when helping riders. It’s able to handle 350kg of added weight, which can include team members, spare bikes, drinks bottles, tools and a cool box.

“Racing on two wheels is increasingly capturing the imagination of sports fans across Europe, “said Ford of Europe vice president Roelant de Waard. This is all “underpinned by the best possible support on our wheels.”

Team Sky has been using Fords since 2016, and the two-year deal extension means it will now do so until 2019. A total of 25 Ford cars and vans are used by the team, including:

Since partnering with Ford, Team Sky has scored over 50 race wins – and has cumulatively covered almost 25,000 miles.