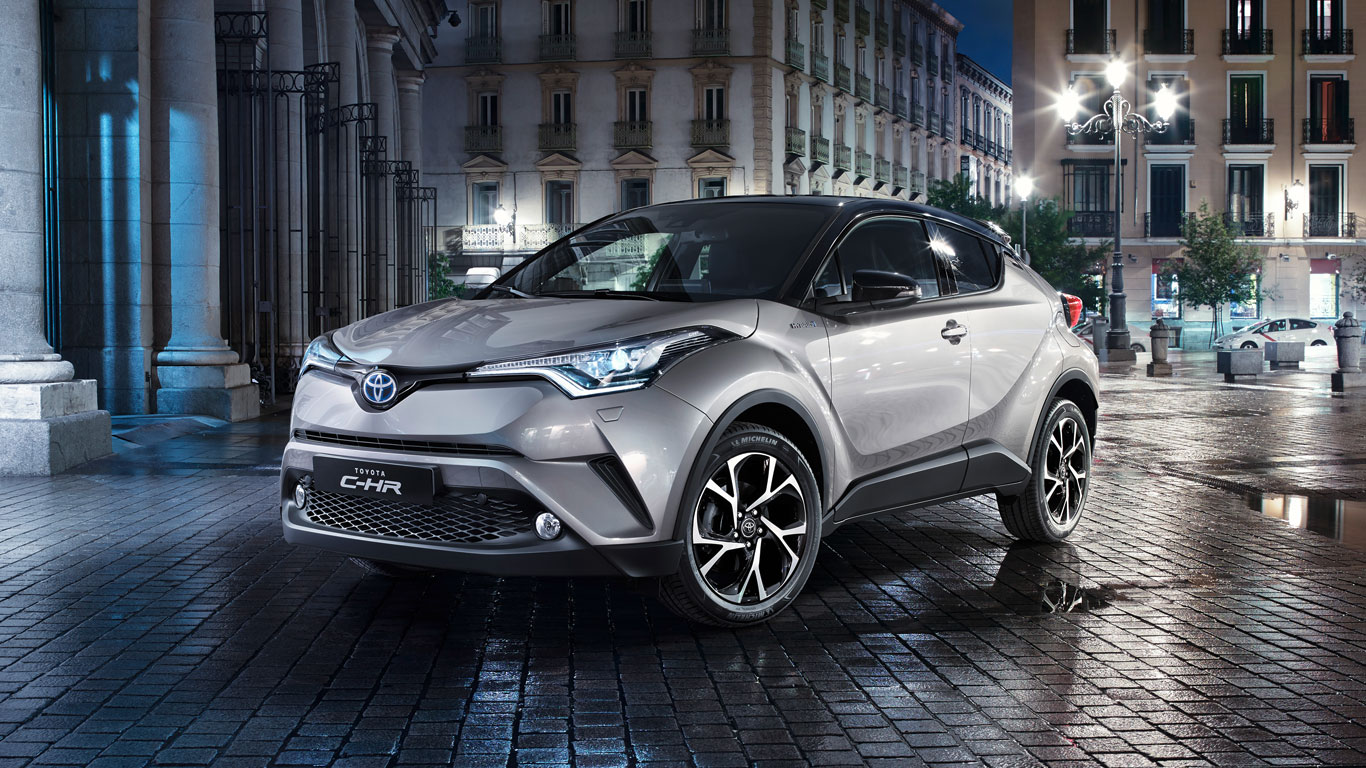 “Technology brands continue to rank as the most valuable in the world with nine of the top 15,” said senior editor, Kurt Badenhausen, when releasing details of the Forbes top 100 most valuable brands in the world. The cumulative value of the 100 companies is a staggering $1.95 trillion, with Apple finishing top for the seventh straight year.

One automotive brand appears in the top 10, with just 11 in the overall top 100. To provide some context, Apple is valued at $170 billion, some $70 billion ahead of second place Google. We reveal the car brands in reverse order, along with their overall ranking in the Forbes top 100. 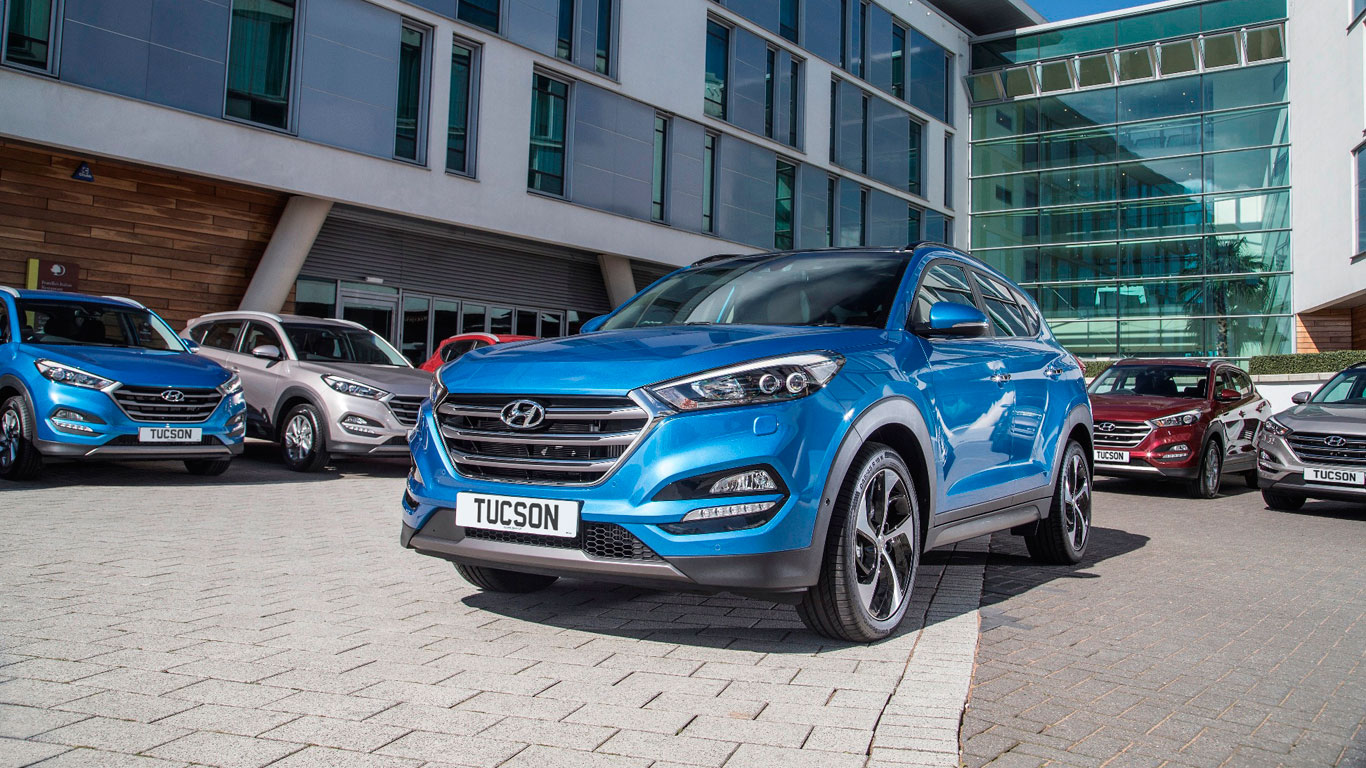 Forbes valued more than 200 global brands on their financial merits, analysing three years of revenue and earnings. The average price-to-earnings multiple was applied to arrive at the final brand value.

Hyundai is ranked 68th, with a brand value of $8.9 billion, up 10% since the previous year. The Korean giant has since seen its profits halved to the lowest level since 2010, with retail sales in China, the world’s biggest car market, falling 29% in the first half of 2017. The company is also suffering a decline in the US, its second largest market. 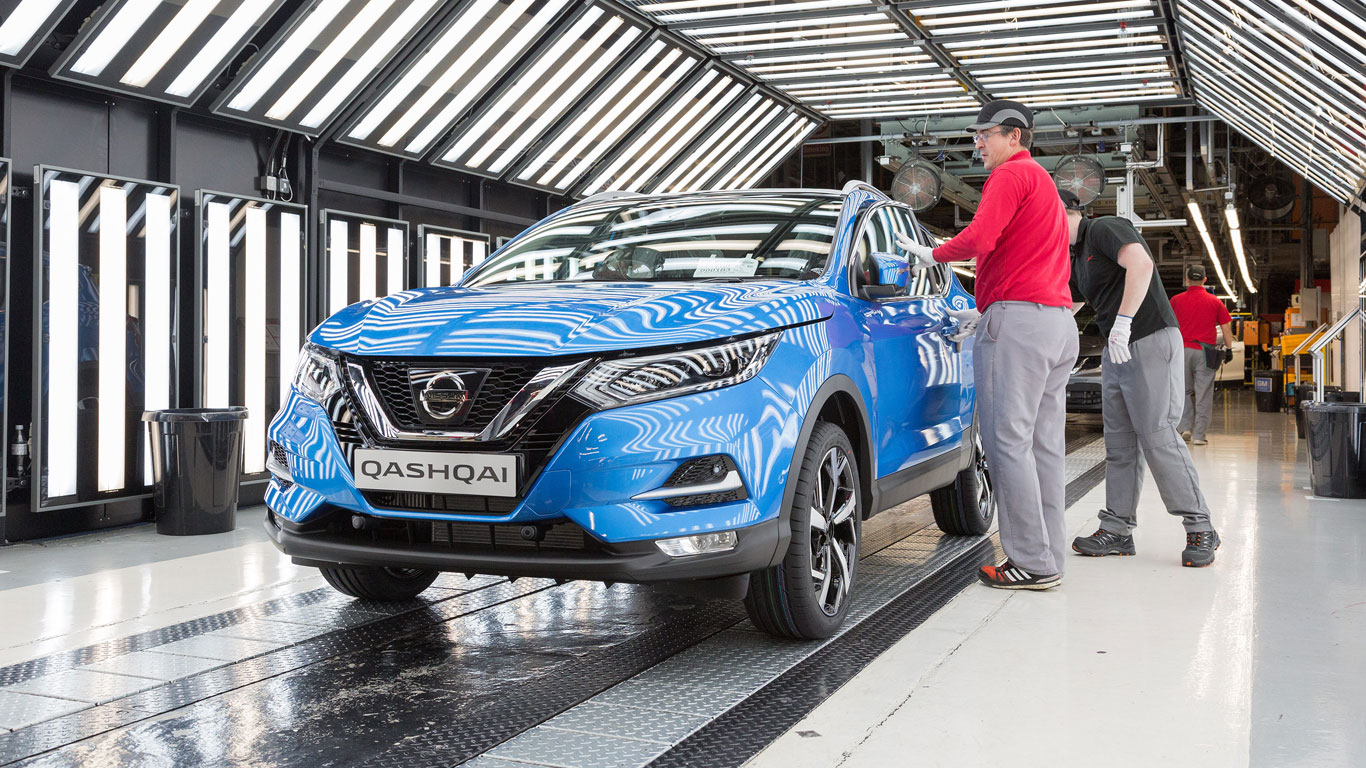 Nissan is ranked one place and $0.1 billion higher than Hyundai, with Forbes valuing the Japanese company at $9 billion. Nissan has two key products in its portfolio: the Qashqai to capitalise on the burgeoning crossover segment, and the Leaf to ride on the coattails of an expected rise in EV sales.

“By 2020, where the market conditions are right, I’m confident we’ll be selling up to 20% of our volume as zero emissions and this will only grow,” said Gareth Dunsmore, electric vehicle director for Nissan Europe. 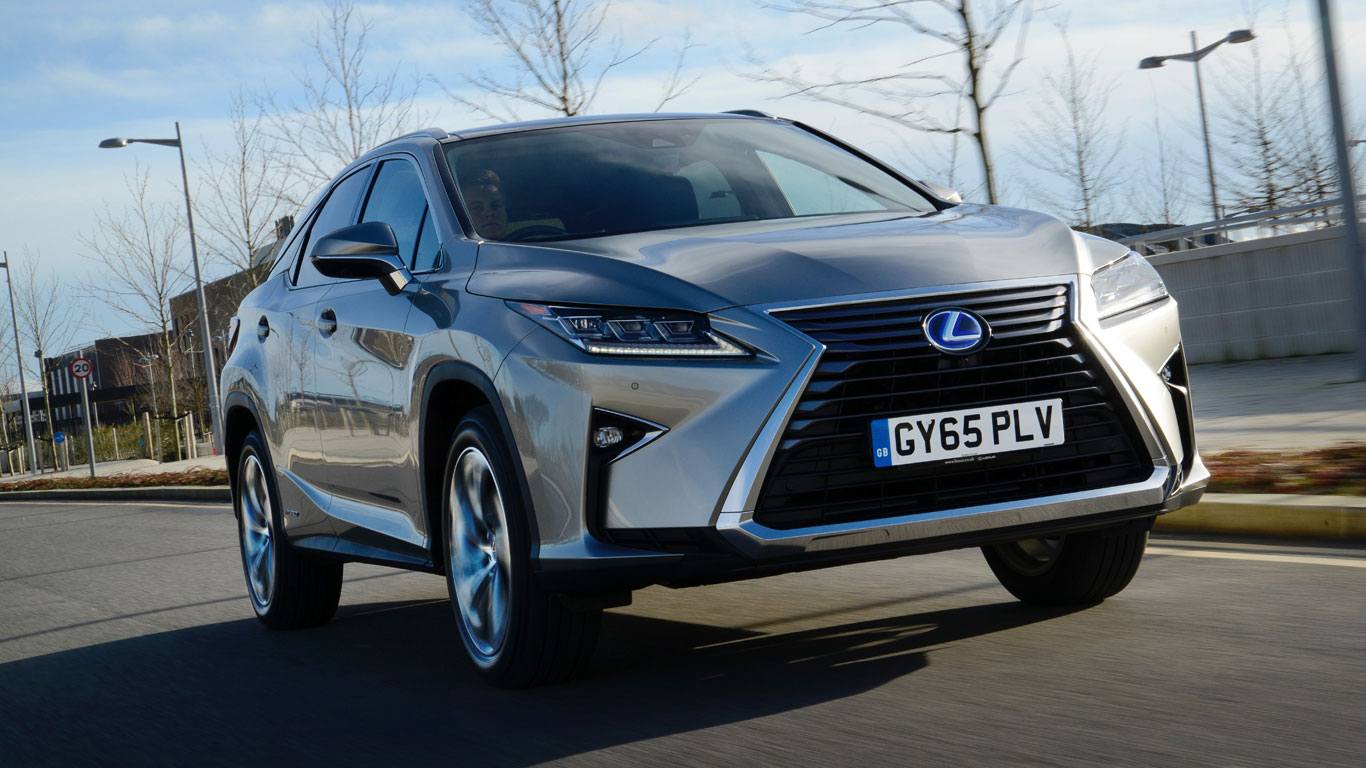 Lexus has released figures showing that 63% of its cars sold throughout Europe are hybrids, while in Western Europe, the hybrid mix is a staggering 99%. Its best-seller is the NX, followed by the RX, as crossovers and SUVs continue to sweep all before them.

In the US, NX sales are up 13% for its best-ever June, up 11.7% year-to-date, while the RX saw a gain of 4.5% in June. “It’s no surprise that our luxury utility vehicles are driving Lexus sales, and our NX is on fire,” said Jeff Bracken, Lexus group vice president and general manager. 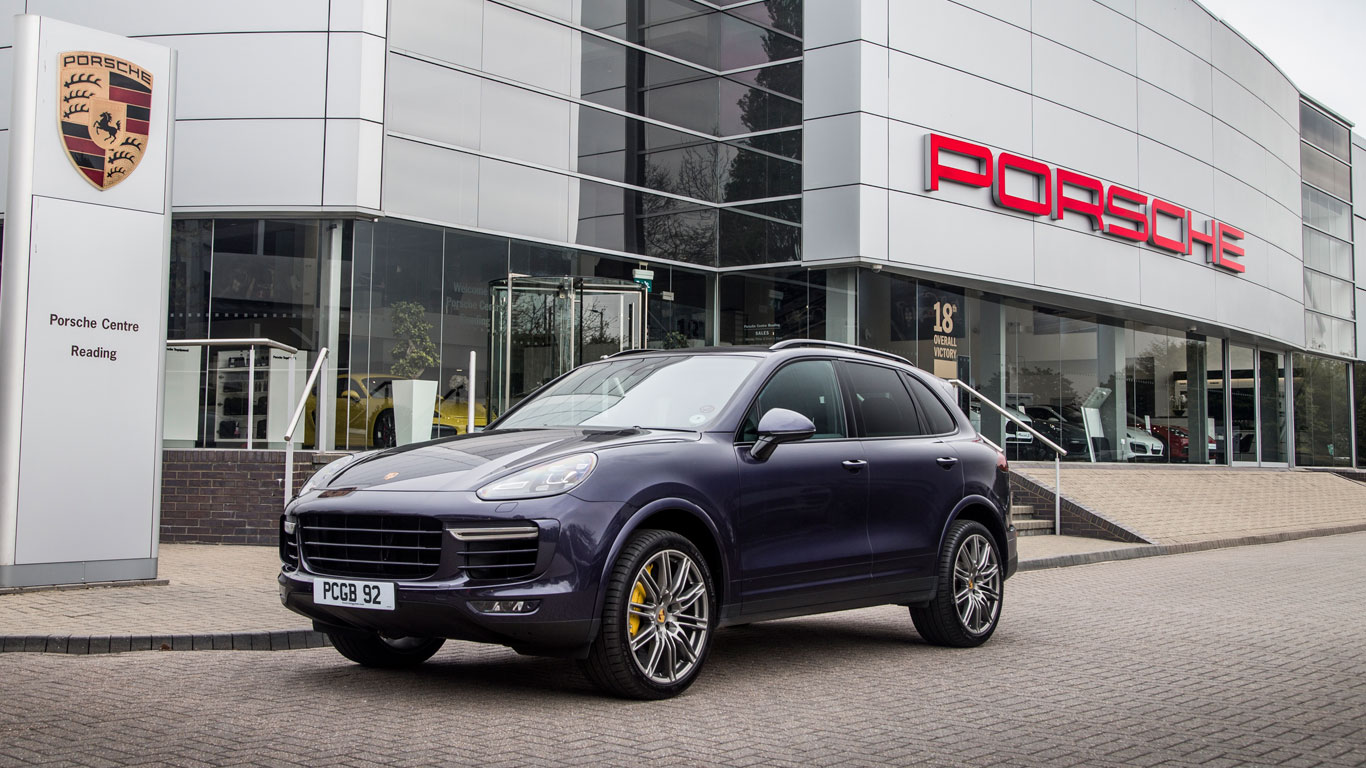 About two decades ago, Porsche was a company in crisis, facing plummeting sales and falling revenue. Something had to change, so out went the air-cooled 911, replaced by the water-cooled 996 of 1997. More significant was the arrival of the Boxster, followed by the Cayenne of 2003 and Panamera of 2010.

SUVs and four-door saloons might upset the purists, but their popularity enables Porsche to do silly things with the 911. Lutz Meschke, Porsche’s executive board member and global CFO, told Forbes: “It’s important to be seen as a sports car company, not as a SUV company.” 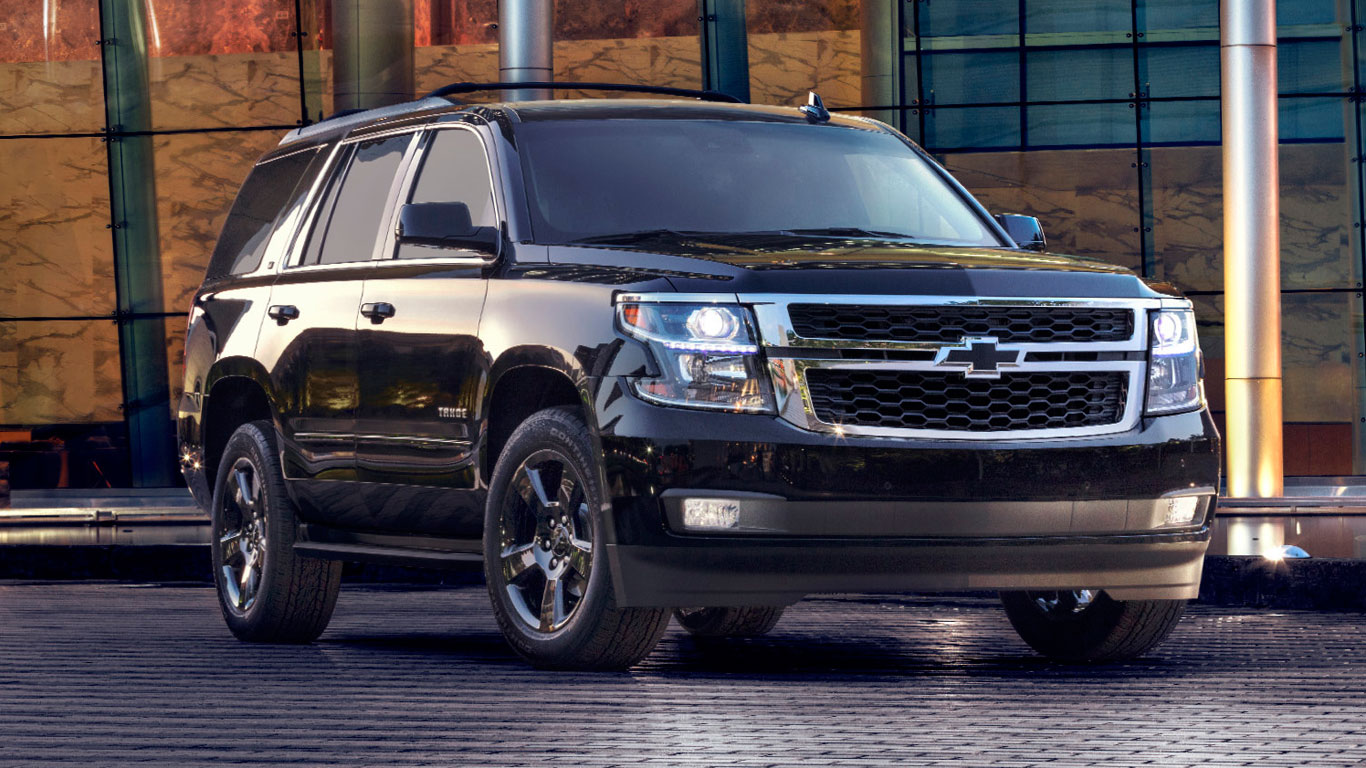 General Motors, the largest carmaker in the US, is facing troubled times, with Reuters reporting that six slow-selling models are facing the axe. These include three Chevrolet models: Volt, Impala and Sonic. 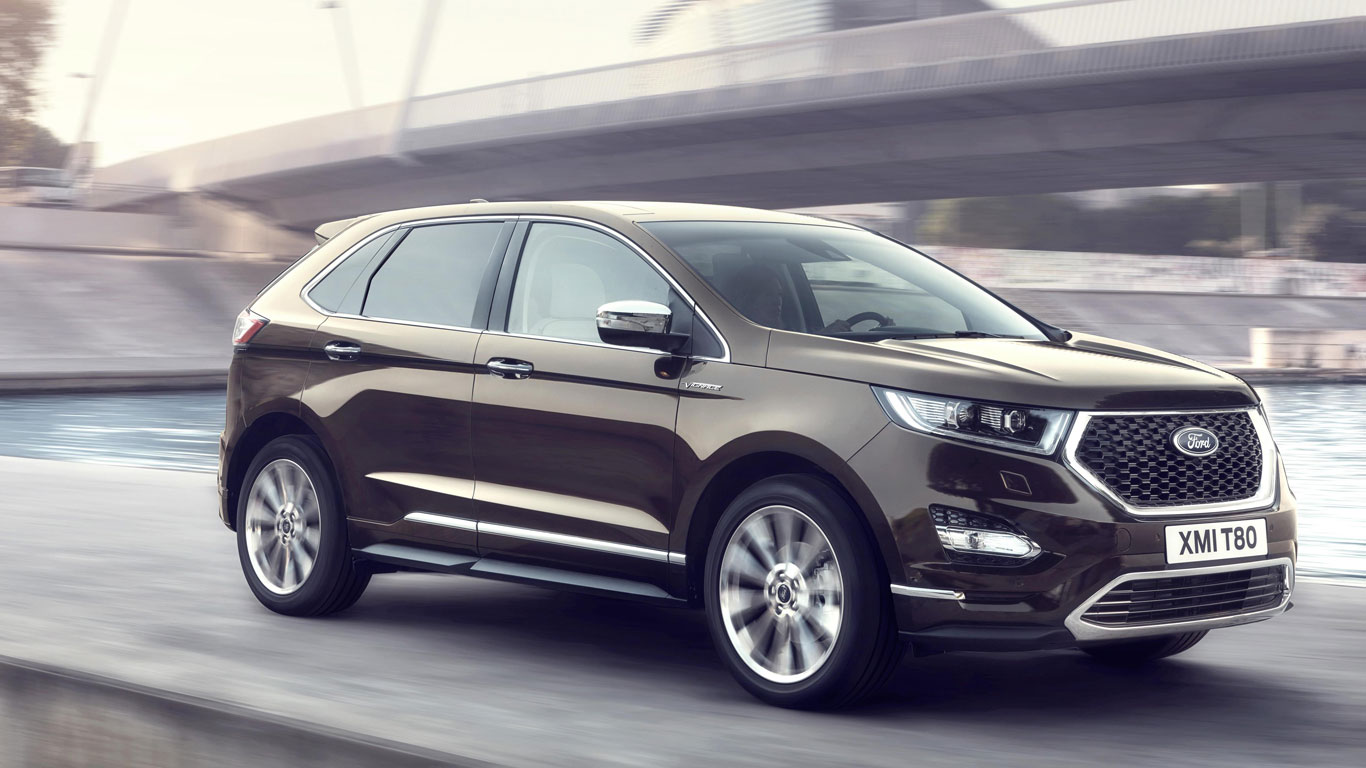 Ford announced stronger than expected Q2 earnings, despite a slowdown in the US market, where sales are expected to fall for the first time since the Great Depression. Sales of profitable Ford trucks contributed to a net income of $2 billion.

It’s the first financial report since Jim Hackett replaced Mark Fields as CEO, amid concerns over depressed share values and a failure to replace new technologies, such as autonomous vehicles. 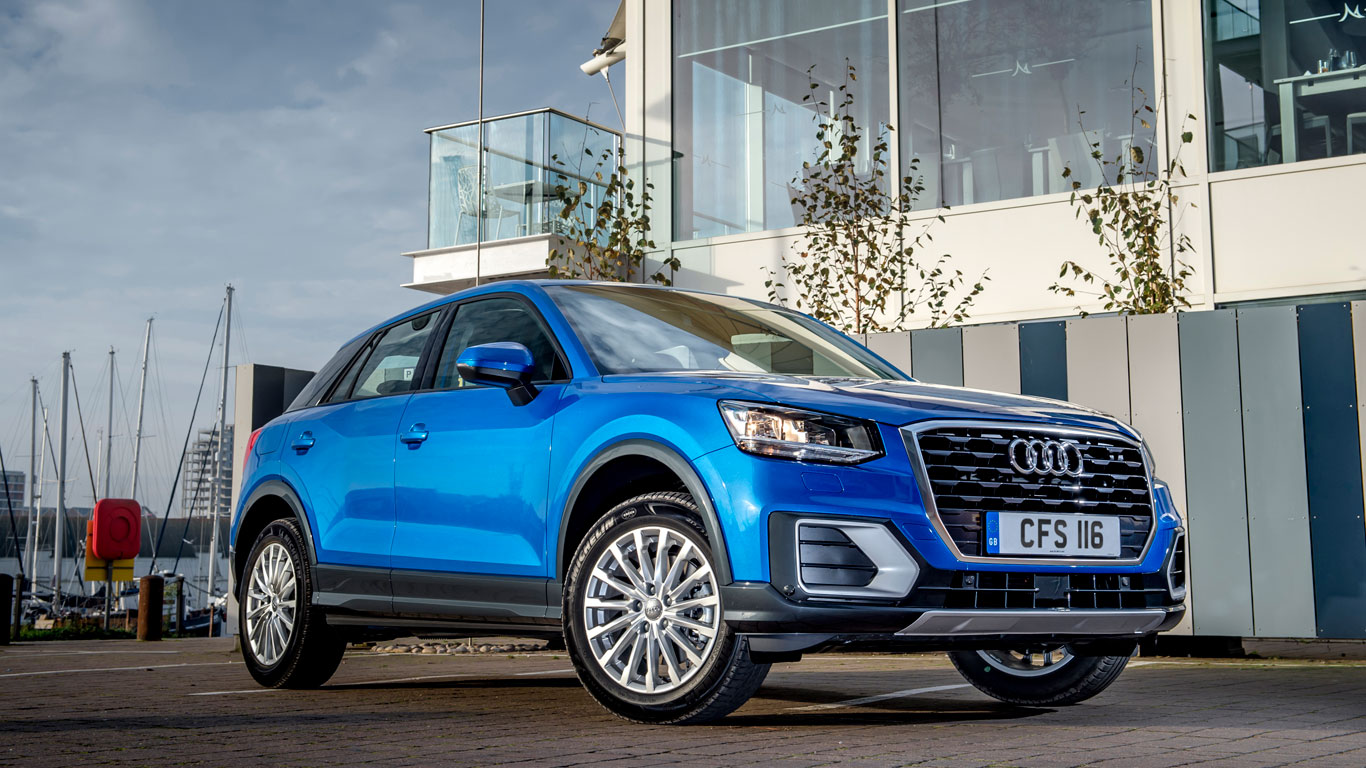 Last year, Volkswagen was ranked 77th in the top 100, but this year the German giant is absent from the list, as the fallout from dieselgate continues. There are no such issues for Audi, with its value holding steady at $14.1 billion.

Audi has been forced to stop selling some petrol-engined A4, S4, A5 and S5 models in Europe, as the actual fuel economy is higher than the official figure. The delay is expected to last for two months. Meanwhile, sales in China have been hit by a dispute with dealers, while a ‘sexist’ advertising campaign has led to a backlash against the brand. 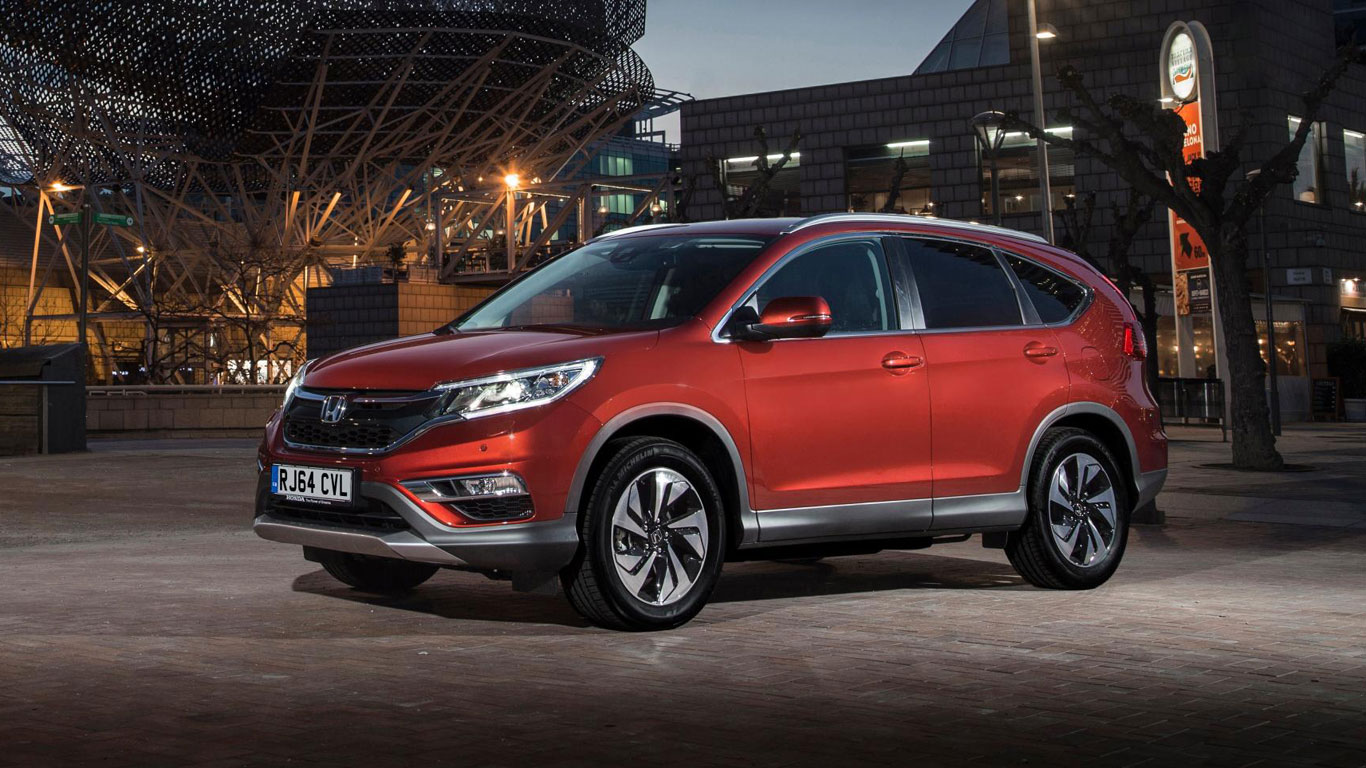 Honda’s brand value has decreased by 5%, but it’s still way ahead of Audi. Earlier this month, Honda unveiled the new 2018 Accord, with its target set on the Toyota Camry. Historically, this would have been an important fight, but four-door saloons are no longer a guaranteed cash cow. 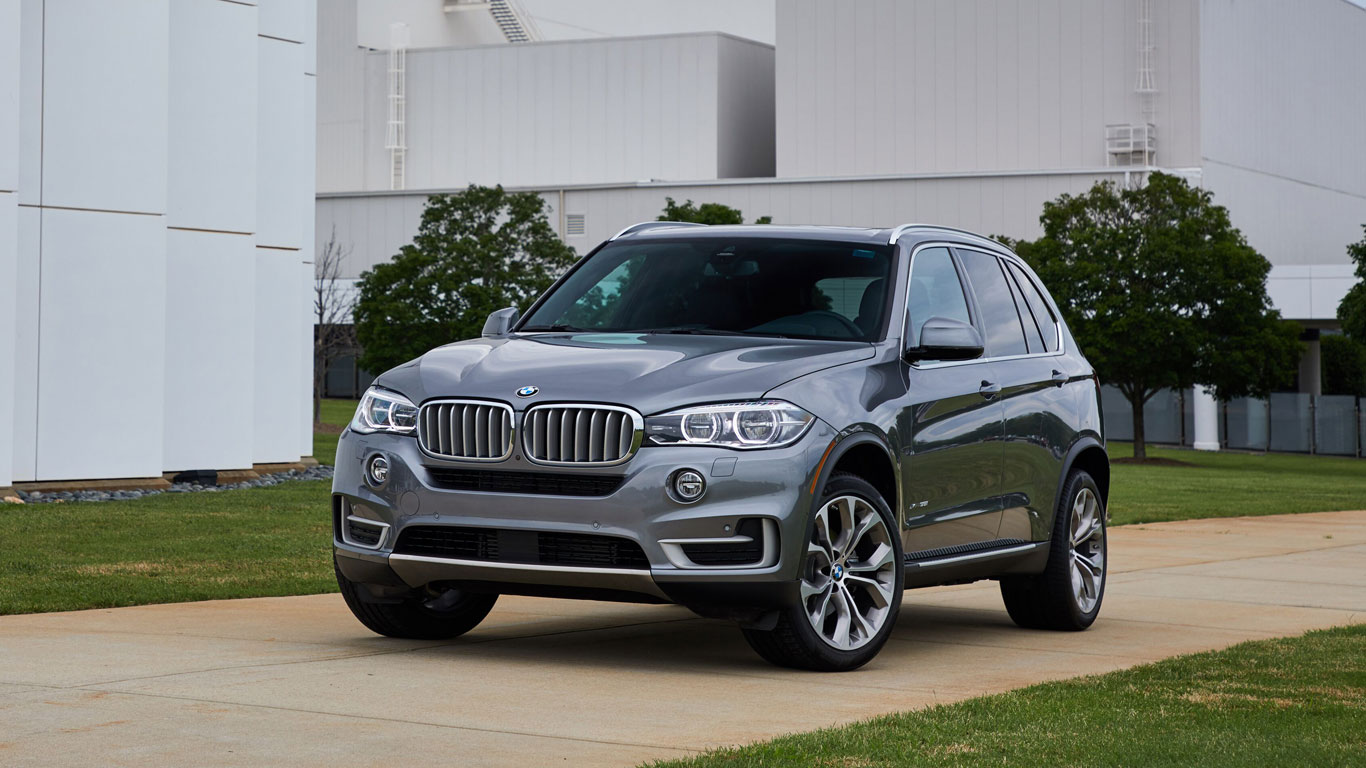 BMW has confirmed it will build an all-electric version of the MINI Hatch, with production starting in 2019. The German brand expects electrified vehicles to account for 15-25% of sales by 2025. 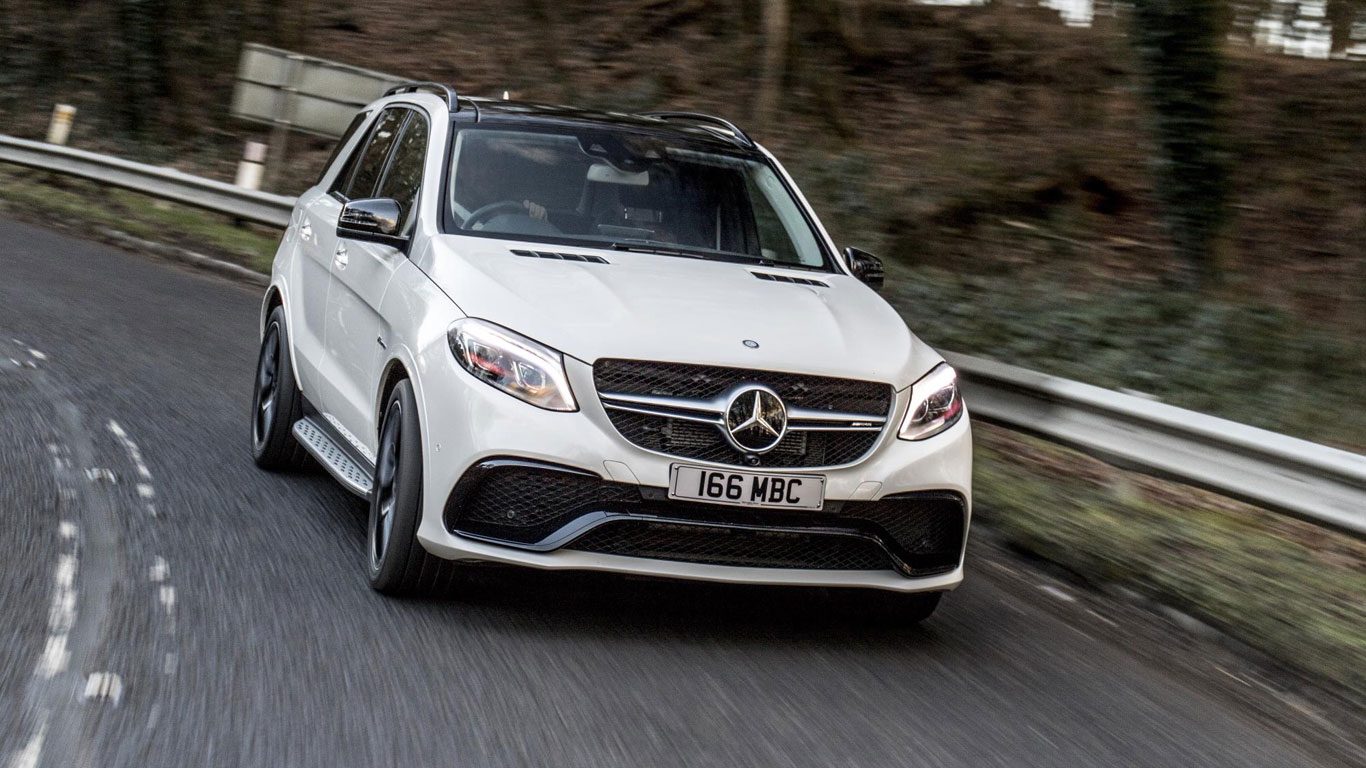 An increase of 12% helped Mercedes-Benz to leapfrog BMW in the Forbes rankings, with a valuation of $29.2 billion. It sold 595,200 cars in Q2, thanks to a 28% rise in demand in China, with demand in Germany moderately higher.

Volkswagen and Daimler are embroiled in allegations that they and other German carmakers colluded to fix the price of diesel emissions treatment systems. If found guilty of infringing EU cartel rules, they could face fines of up to 10% of their global revenue. 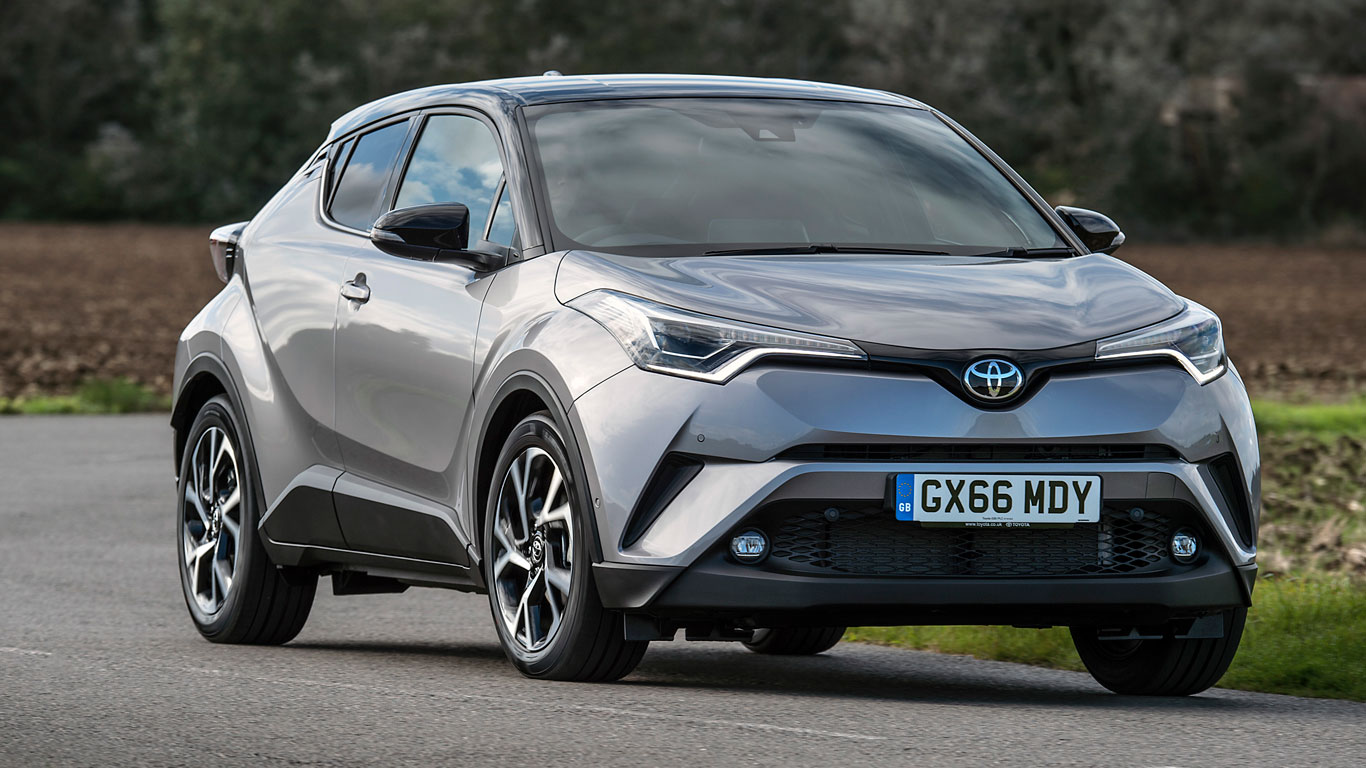 Toyota’s brand value may have shrunk 2%, but it remains streets ahead of its nearest automotive rival and the only carmaker to feature in the top 10. It is being reported that Toyota is working on a new type of battery that increases driving range and reduces charging time.

The new all-solid-state batteries could be introduced in 2020, promising super-fast recharge times of just a few minutes. The smaller and lighter batteries would revolutionise the EV sector.