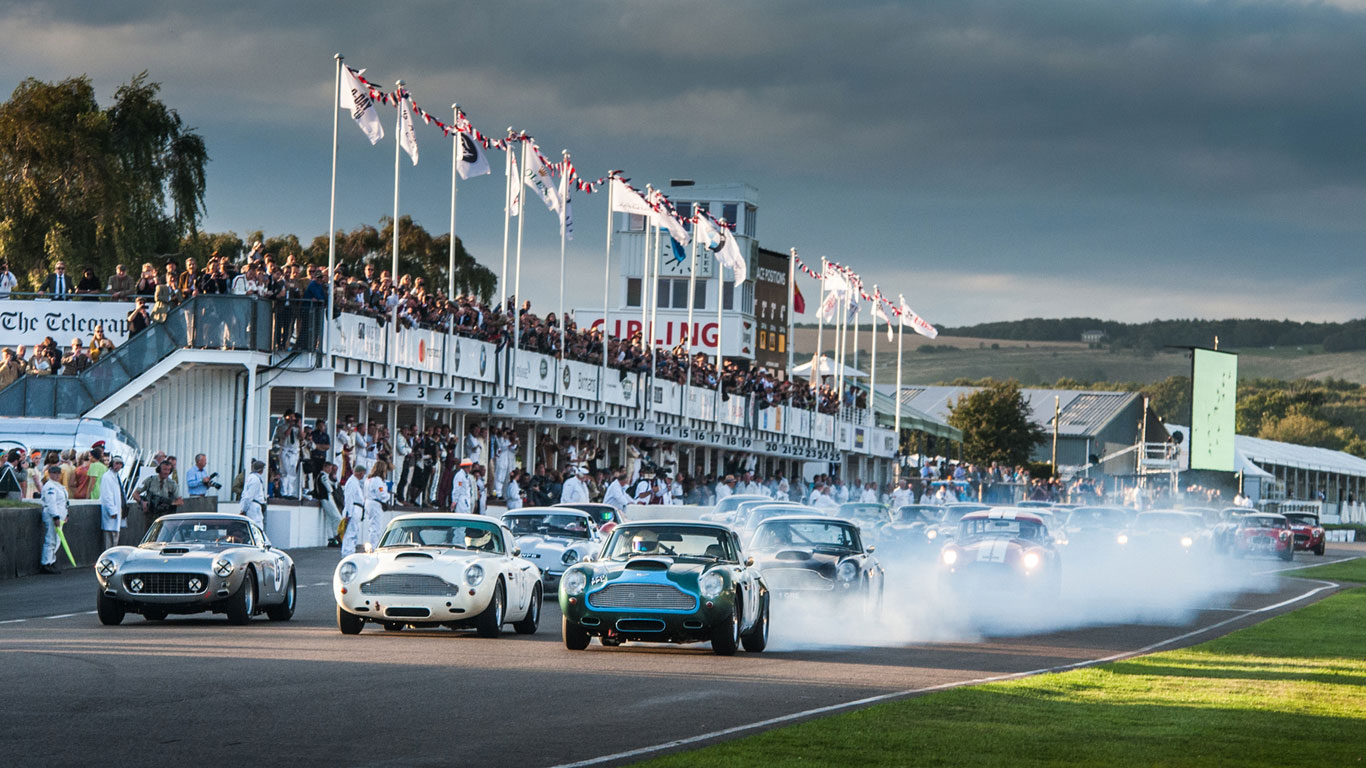 In the case of the Goodwood Revival, a picture paints a thousand words, as demonstrated by this evocative photo from the weekend. With the hills of the Sussex Downs still echoing to the sound of historic racing cars, we bring you some of the best photos from the Goodwood Revival 2016. 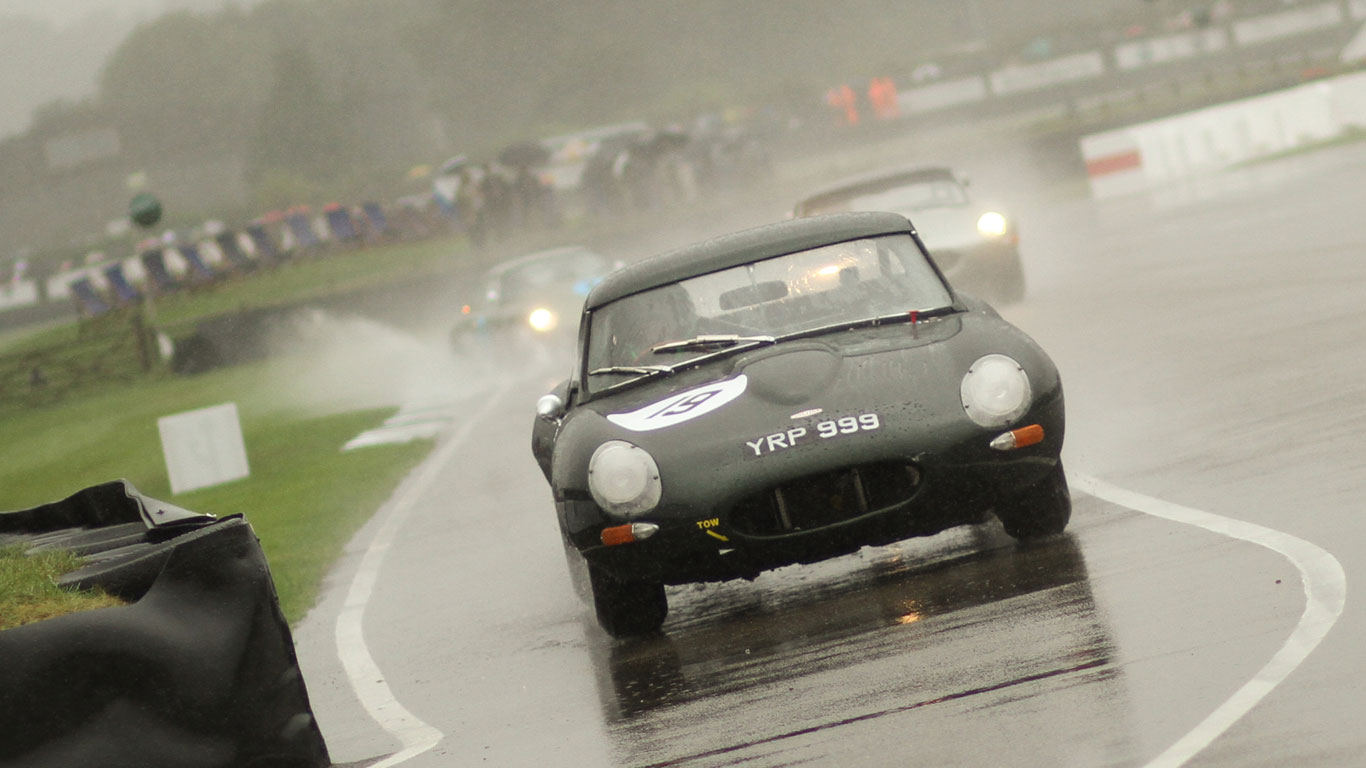 The Goodwood Revival is an authentic recreation of motorsport from days gone by, and this year the organisers even managed to arrange some typically British weather. The drenched track made for some interesting conditions; these drivers needed nerves of steel to compete in these priceless machines. 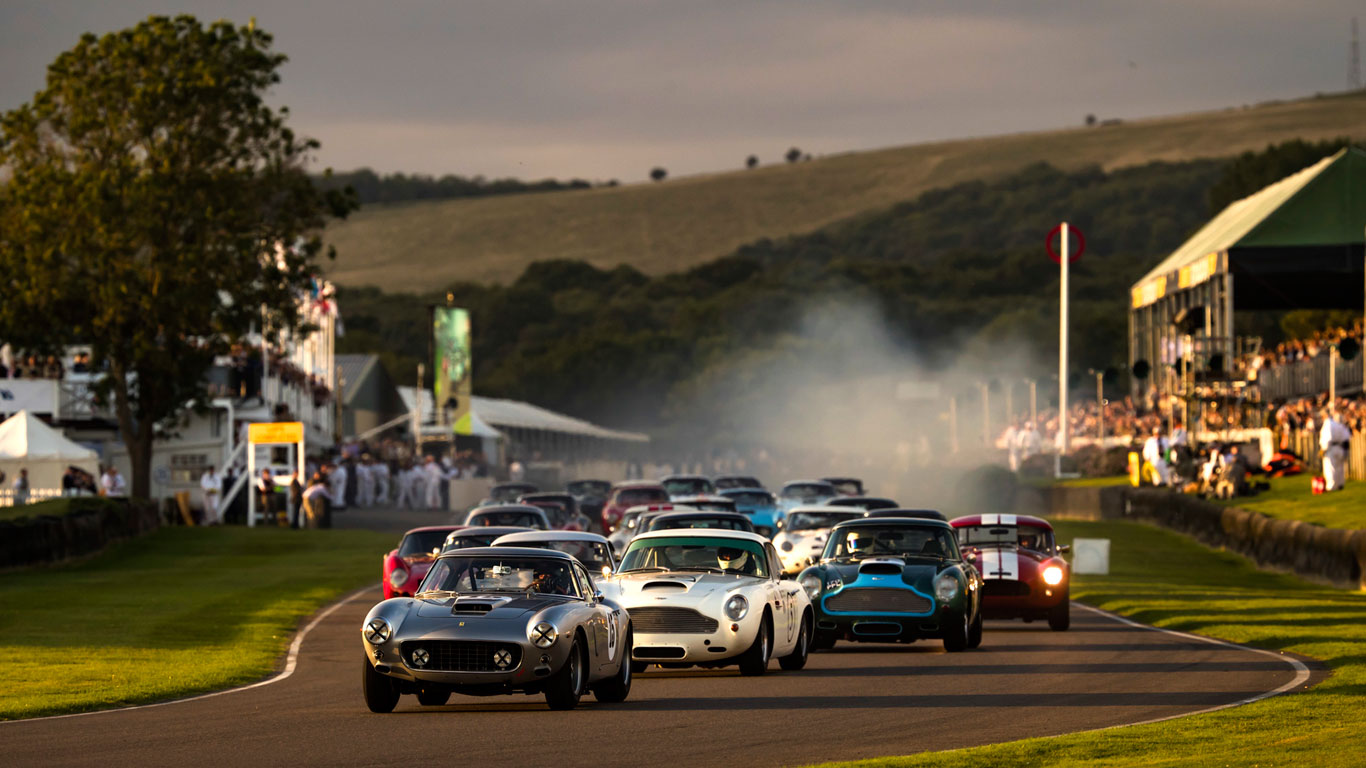 The Aston Martin DB4 GT you see here was involved in a dramatic incident while attempting to overtake a Jaguar E-Type in the Kinara Trophy. The DB4 GT span off the track, reversing into the tyre wall in the process. 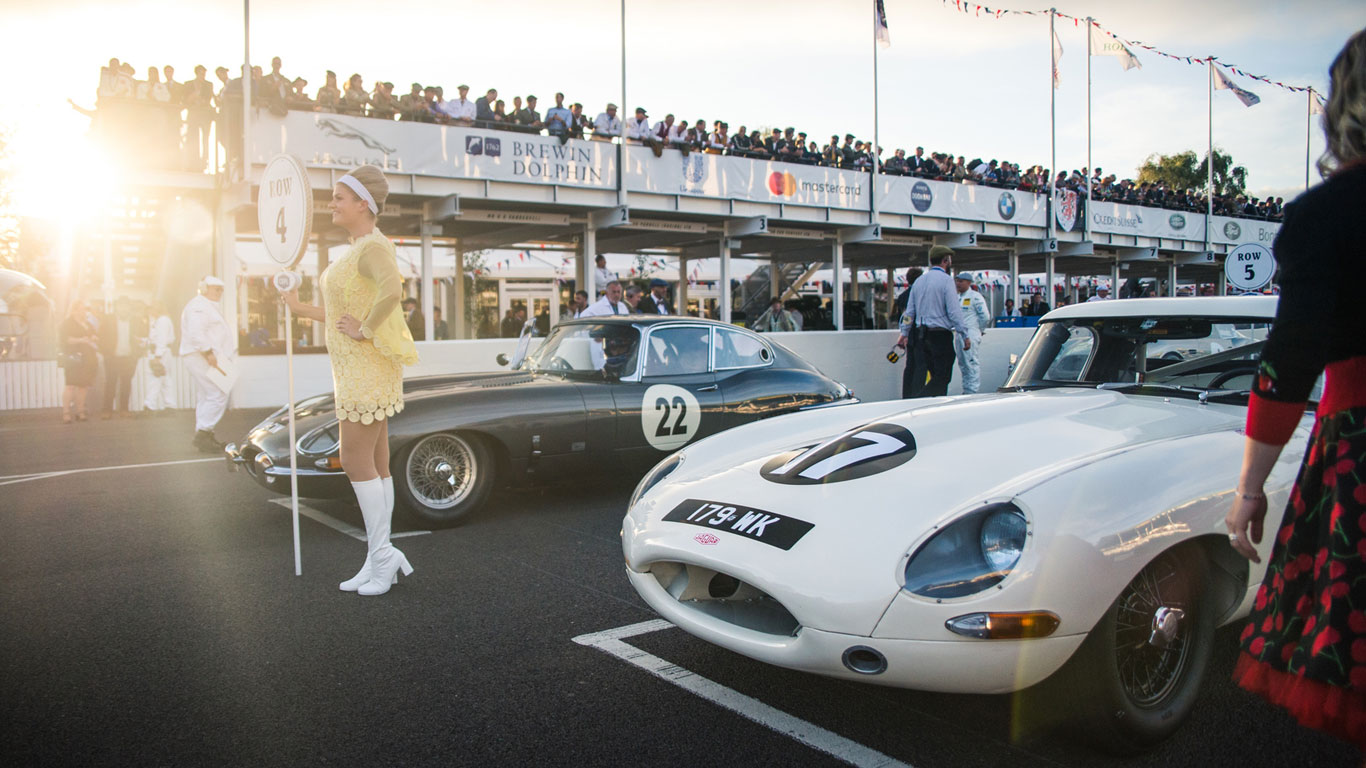 Remove the modern sponsor logos and this could pass as a photo taken in the 1960s. A grid girl is flanked by a pair of Jaguar E-Types. 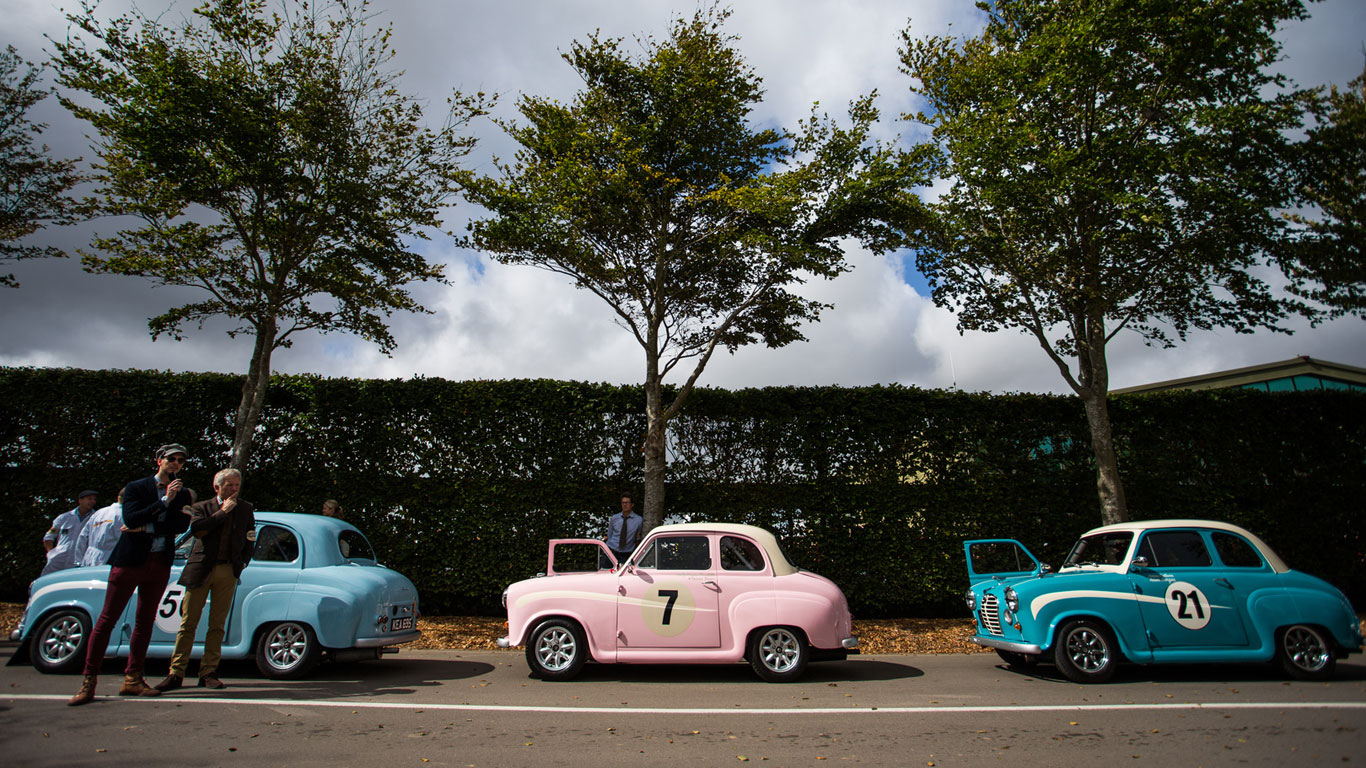 We’ll never tire of seeing the Austin A35s at the Goodwood Revival. The cars were mechanically identical, making for fast and frenetic action on track. The little A35s made for some social media gold, including the sight of a driver wiping his windscreen at 100mph, along with an A35 driven by Ben Colburn barrell-rolling into a field. 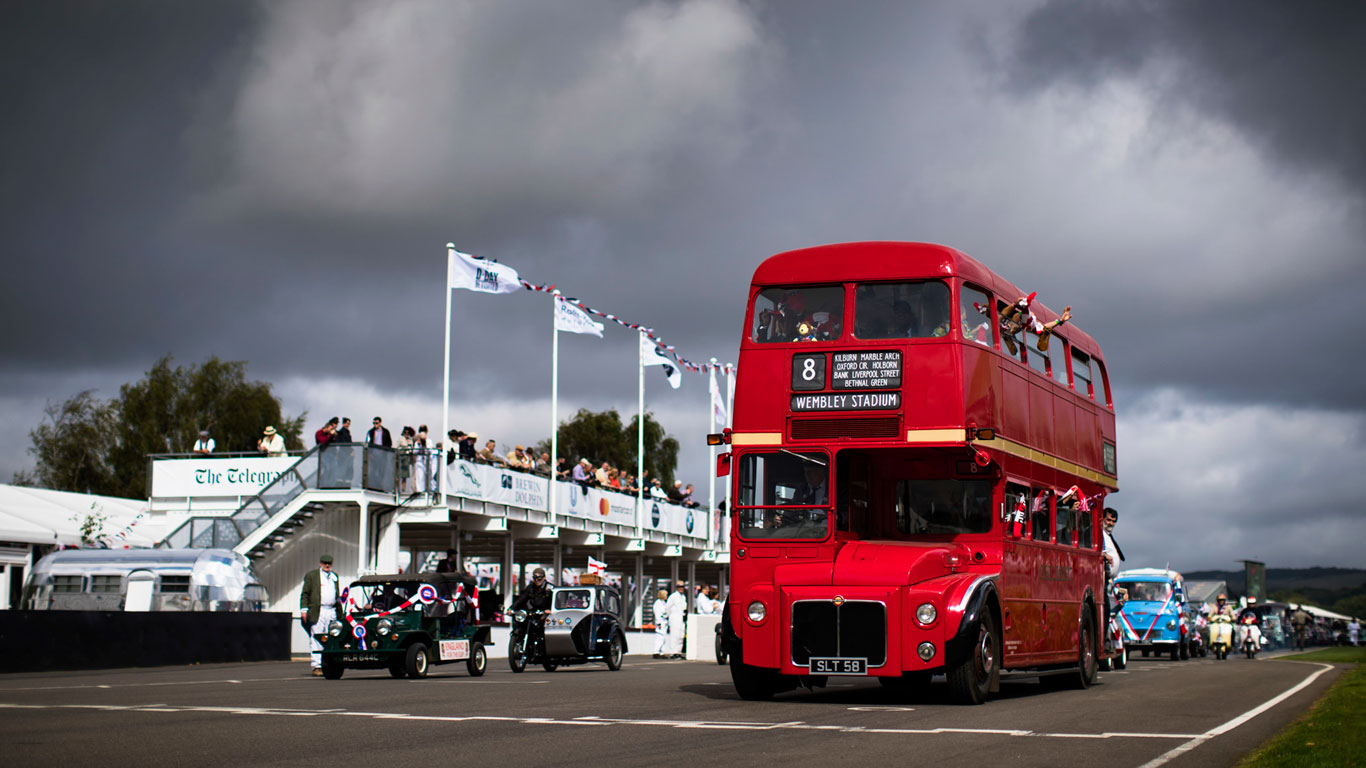 A Routemaster bus and a Mini Moke leads a parade of 1960s vehicles in celebration of England’s World Cup triumph. It’s 50 years since England lifted the Jules Rimet Trophy. 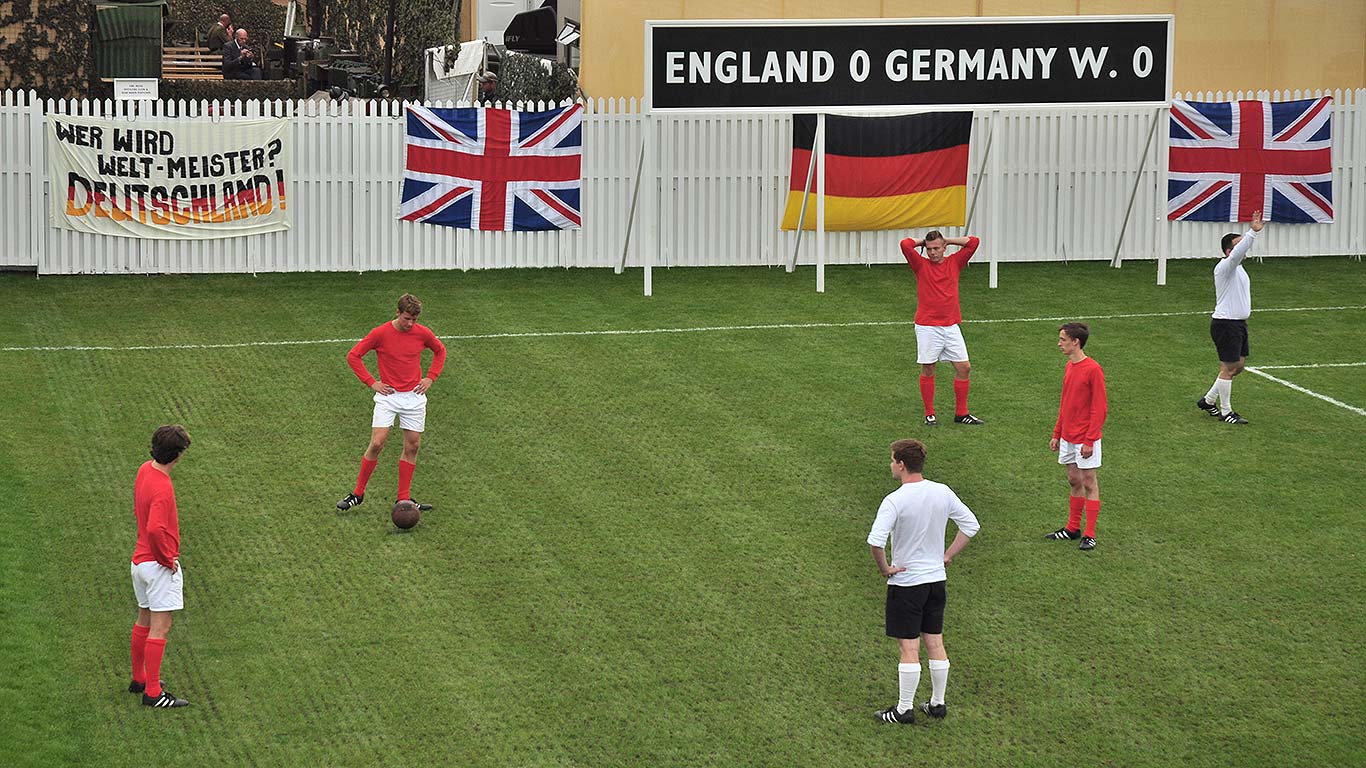 As we’re reliably informed whenever England play in a tournament, the final score was England 4-2 West Germany. It looks like a German player is calling for offside. Or is he suggesting the ball didn’t cross the line? 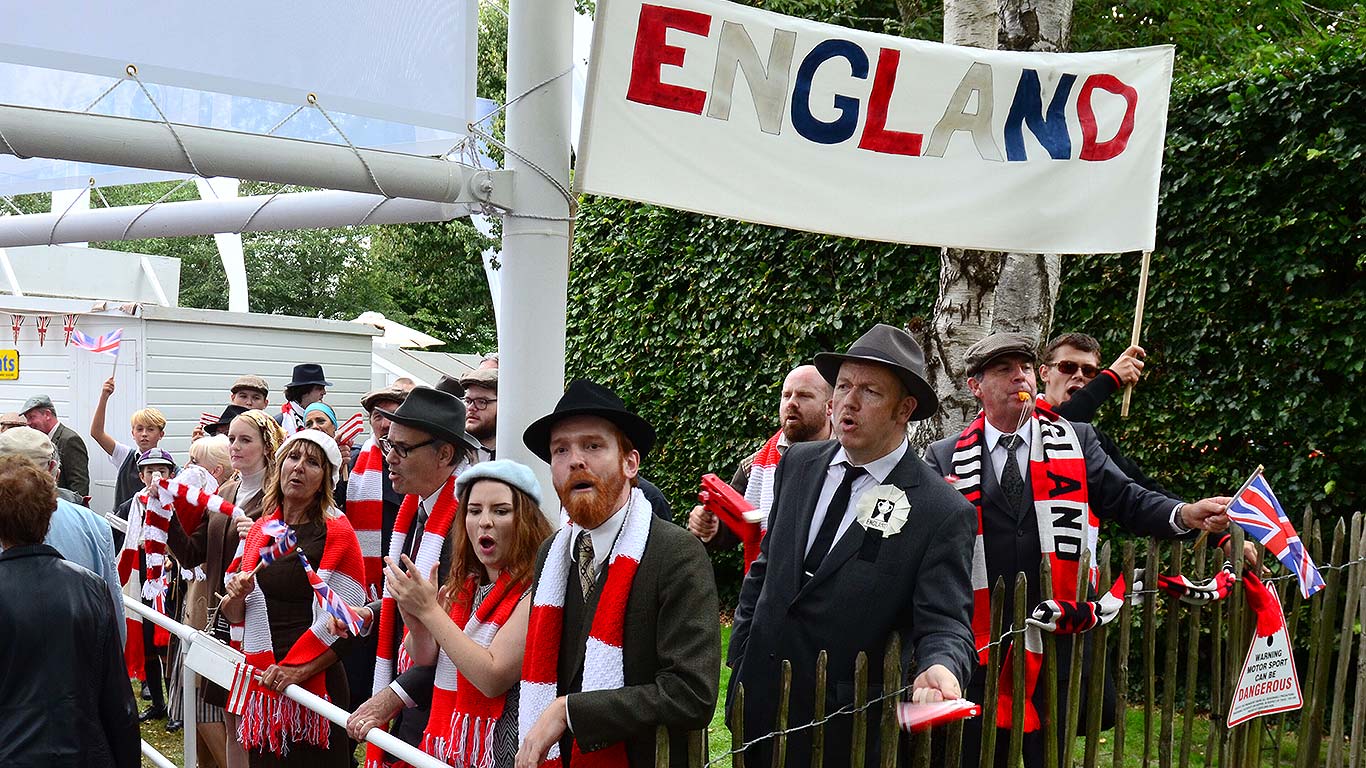 England supporters doing their best to drown out the sound of the historic race cars. They failed. 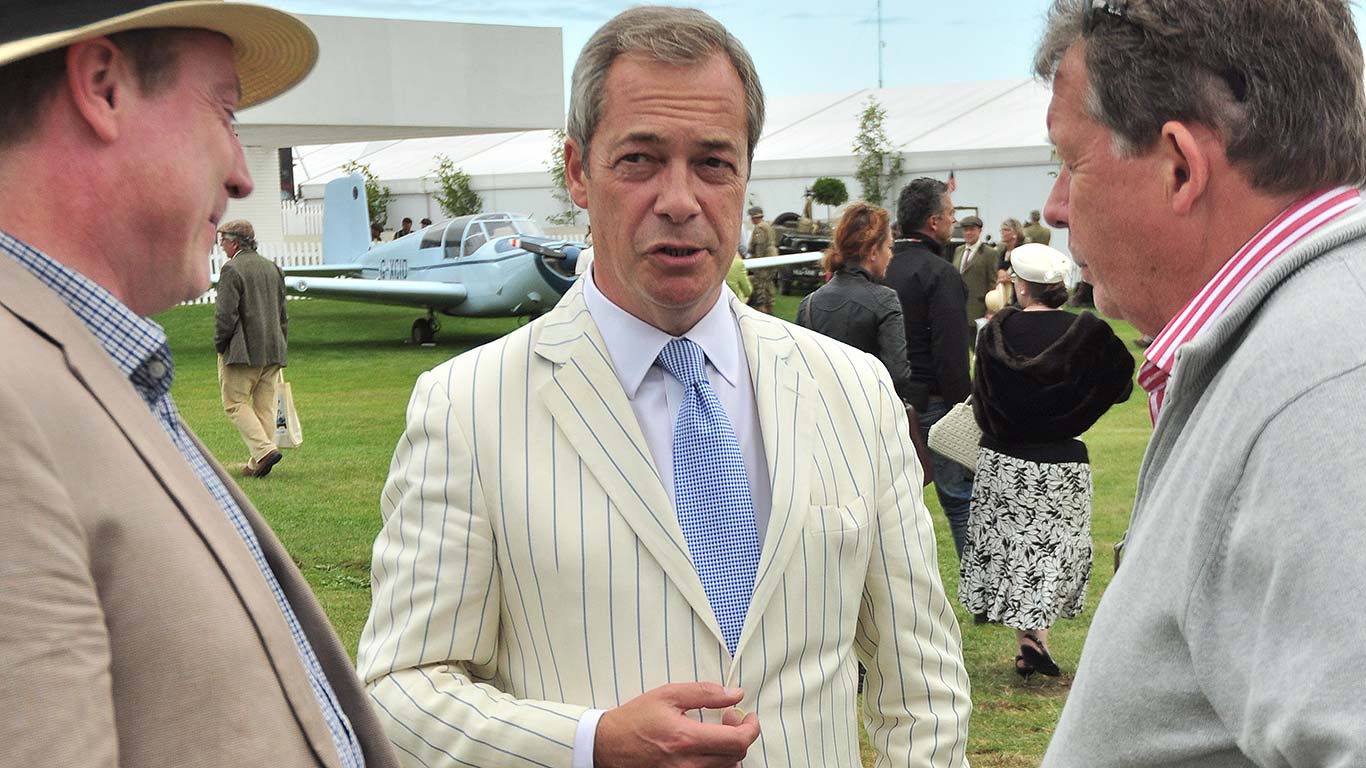 The Goodwood Revival is a chance to get up close and personal with some ‘celebrities’ who are never too far away from the news. Here’s former UKIP leader Nigel Farage engaged in some healthy debate. We wonder if he’s discussing the finer points of lift-off oversteer… 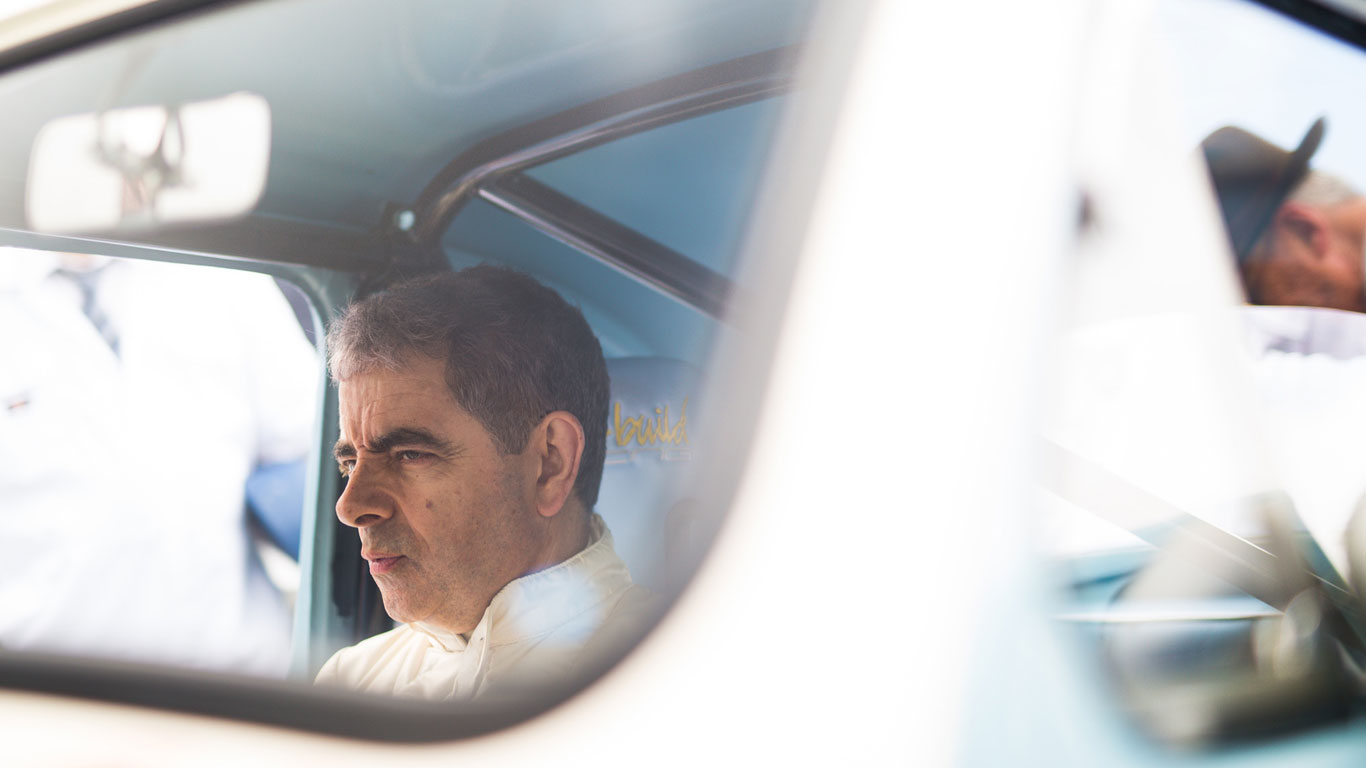 Meanwhile, here’s Rowan Atkinson in what appears to be a pensive mood. Mr Bean swapped his Mini for a 1959 Austin A35 as he competed in the St Mary’s Trophy. 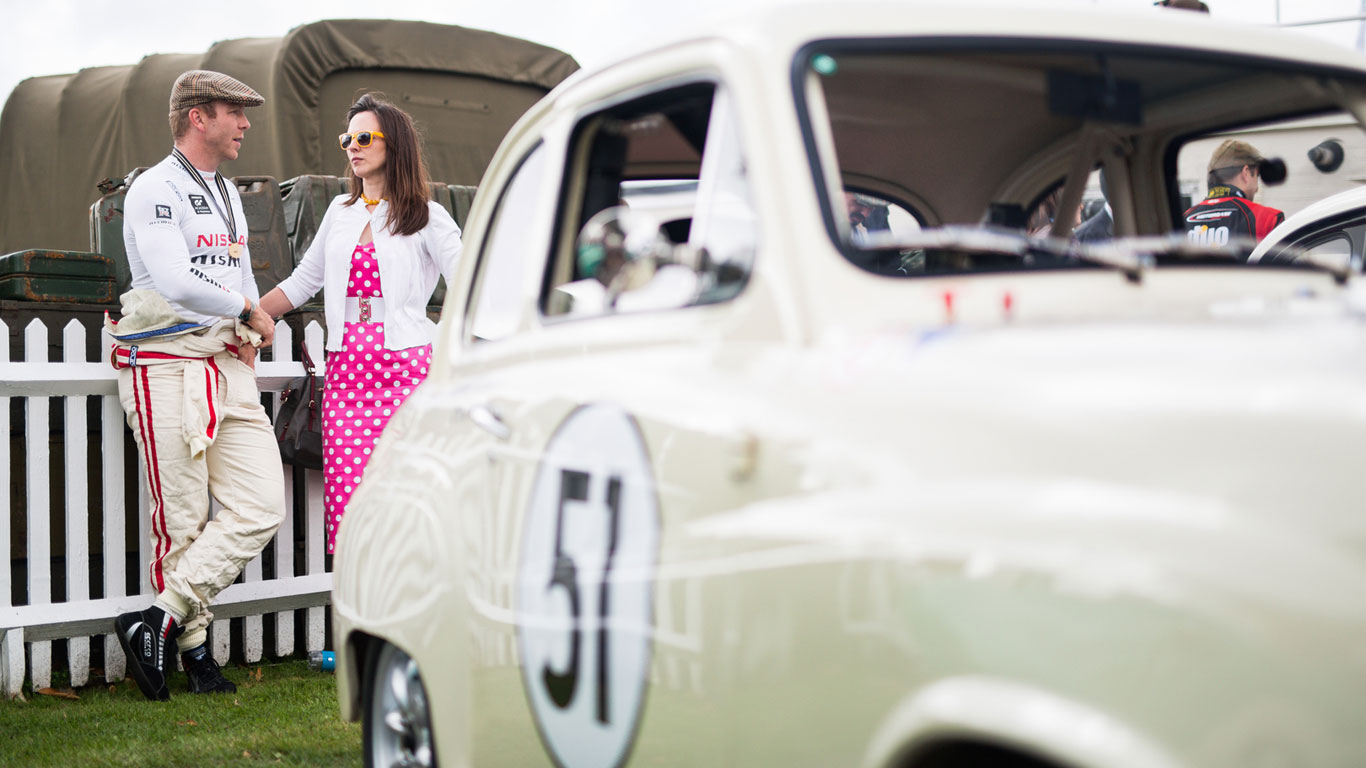 To see more pictures from the 2016 Goodwood Revival, click through our gallery on MSN Cars