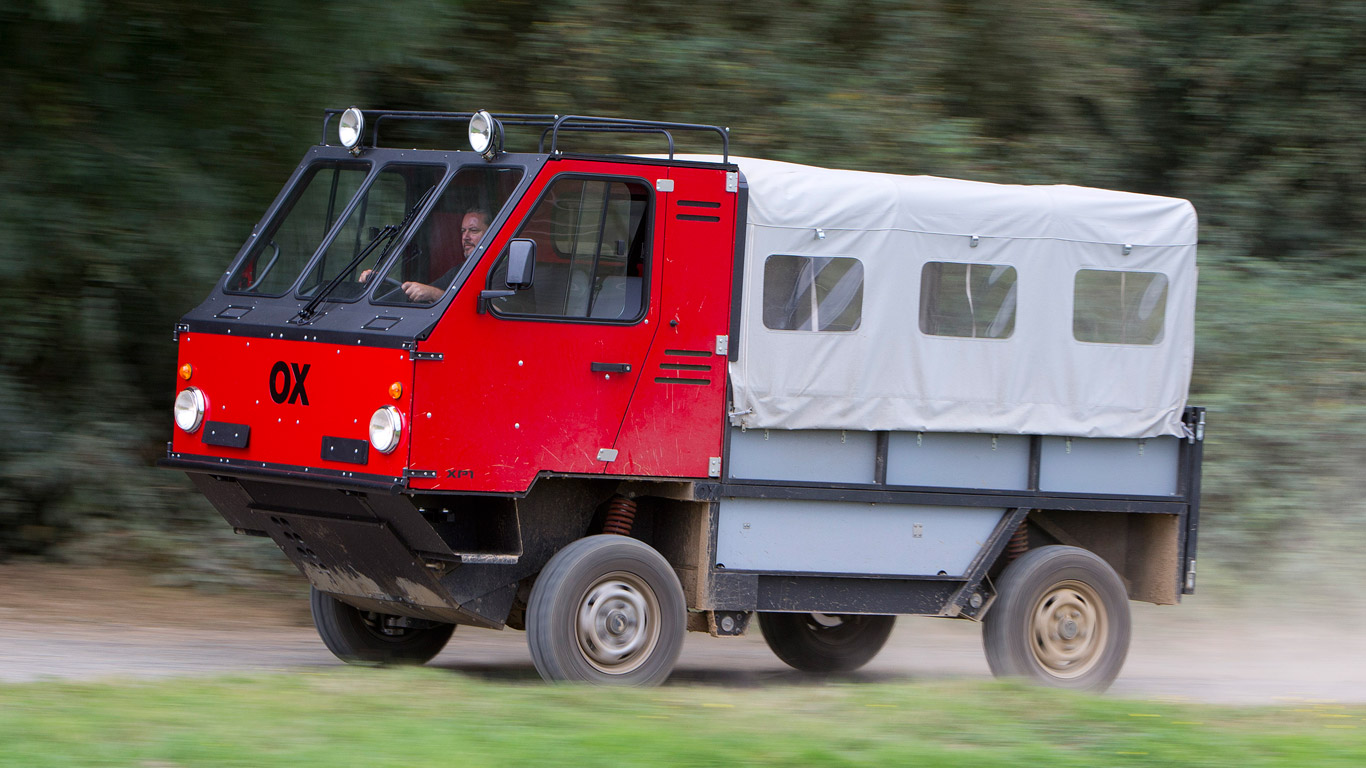 Could this be the vehicle to provide transport to the developing world? It might look like a homemade farm vehicle, but the Ox has cost £3 million to develop and has been designed by non-other than McLaren F1 designer Gordon Murray.

The brainchild of entrepreneur Sir Torquil Norman, the Ox has been created by the Global Vehicle Trust (GVT) and is intended to provide affordable mobility to places such as Africa.

Similar to the brief for the original utilitarian Land Rover in 1948, the Ox is intended to be a genuine multi-purpose vehicle: be it collecting drinking water, grain or building supplies, or even transporting patients in an emergency.

It’s made largely out of marine plywood, which as well as helping to keep costs down, also keeps it lightweight and easy to transport.

Unlike conventional cars which are built in factories before being transported around the world, the GVT Ox can be flat-packed and assembled by just three skilled individuals in around 12 hours.

When dismantled, six of the Ox can fit inside one shipping container, meaning each one could cost as little as £10,000 to aid agencies and charities in developing countries.

“My inspiration for the OX goes back to seeing the ‘Africar’ project of the 1980s,” explained Sir Torquil Norman. “This project shares some of the aims of that vehicle, but its execution is radically different. OX was just a dream six years ago, but it is now a realistic prospect for production with working prototypes that have completed a comprehensive testing programme.”

Like the 2CV-based Africar, the Ox is two-wheel drive – something that doesn’t hinder its ability, says its developers, who also describe its packaging as a ‘triumph’. 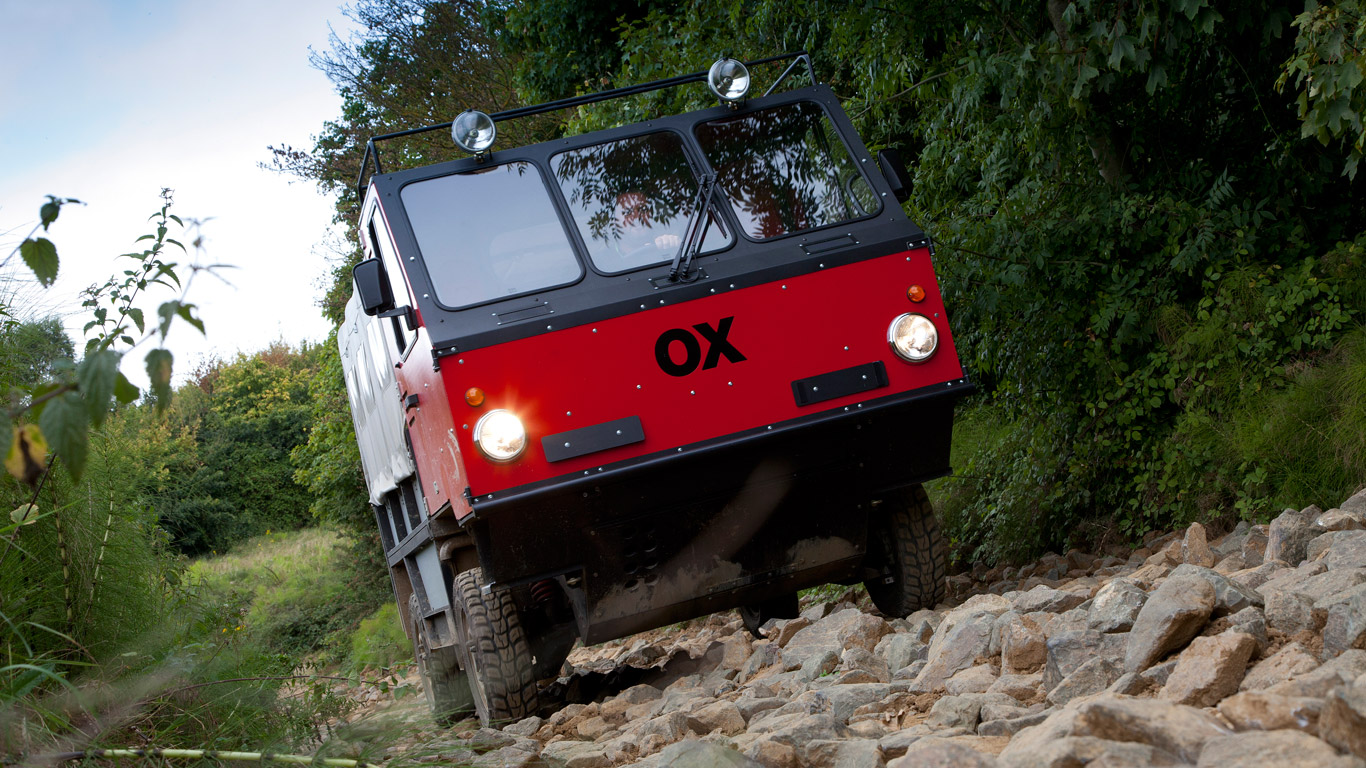 Its overall length is shorter than a large SUV, but it’s capable of carrying 1,900kg. The cab has seating for three people (with the driver sat in the middle, meaning it can be used in both left-hand-drive and right-hand-drive countries), but it has room for as many as 13 people when required.

Gordon Murray, who has 45 years experience of car design, described the programme as one of the most interesting and challenging he’s ever undertaken.

He said: “The added challenge of a flat-packed vehicle design over the already tough targets for cost, durability and weight saving made for a fascinating and stimulating journey from concept to prototype.

“The most satisfying elements of the project for me are that the Ox will make such a difference to so many people and that it has no competitor in any part of the world. It has been a privilege to work alongside Torquil to make his vision a reality.” 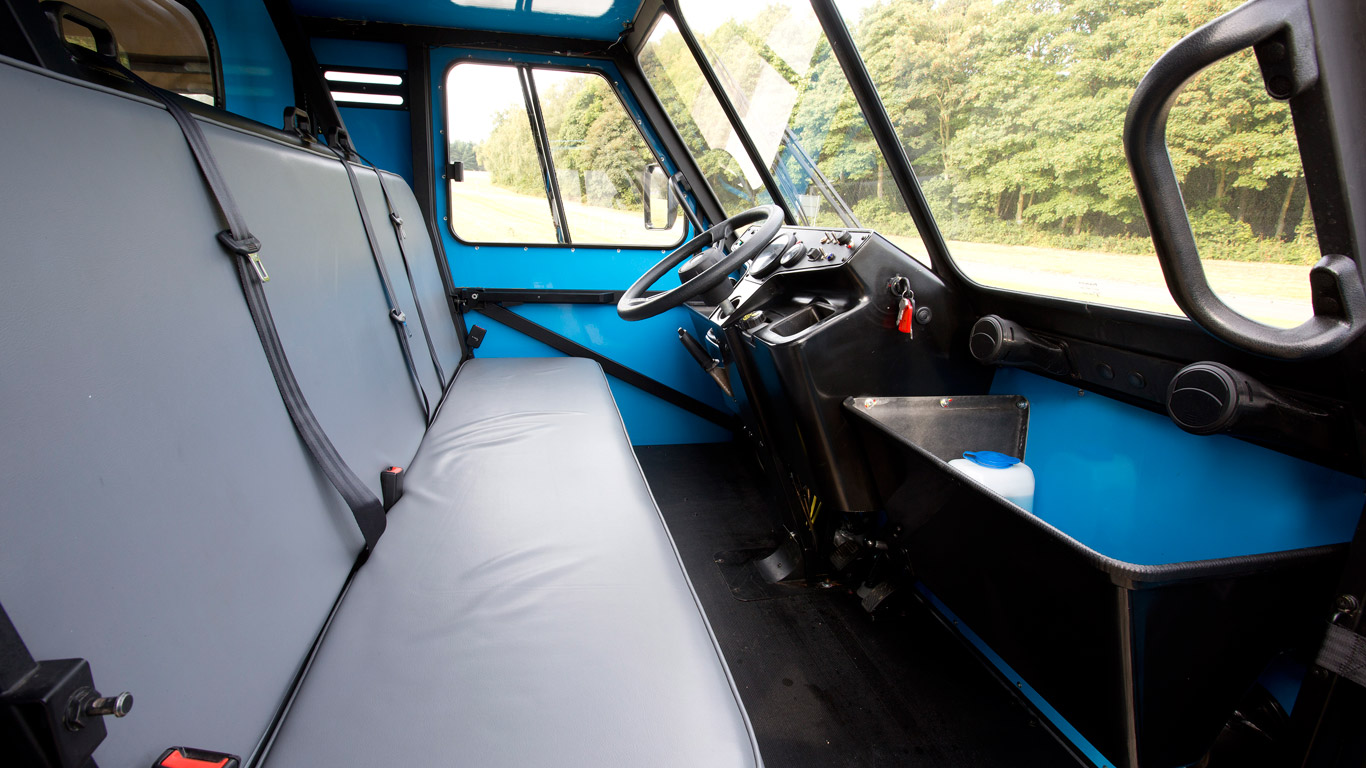 The Ox is powered by a robust 2.2-litre diesel engine and six-speed gearbox, taken from the Ford Transit van.

The organisation is now seeking backers to help fund further development into the Ox. It estimates a further £3 million funding could complete the truck and build the factory, allowing the Ox to be shipped worldwide.

Norman added: “Feedback we have had so far from contacts in Africa and with aid agencies has been very positive. Ox is about making a difference now, being part of something ground-breaking and unique. Most of all it presents a real opportunity to make a fundamental and lasting difference to people’s lives.

“Our priority now is to raise the funding to complete the testing and take the project to fruition. We believe that the Ox has huge potential for charities, aid organisations and development programmes. My dream is to one day see an Ox in every village in Africa.”