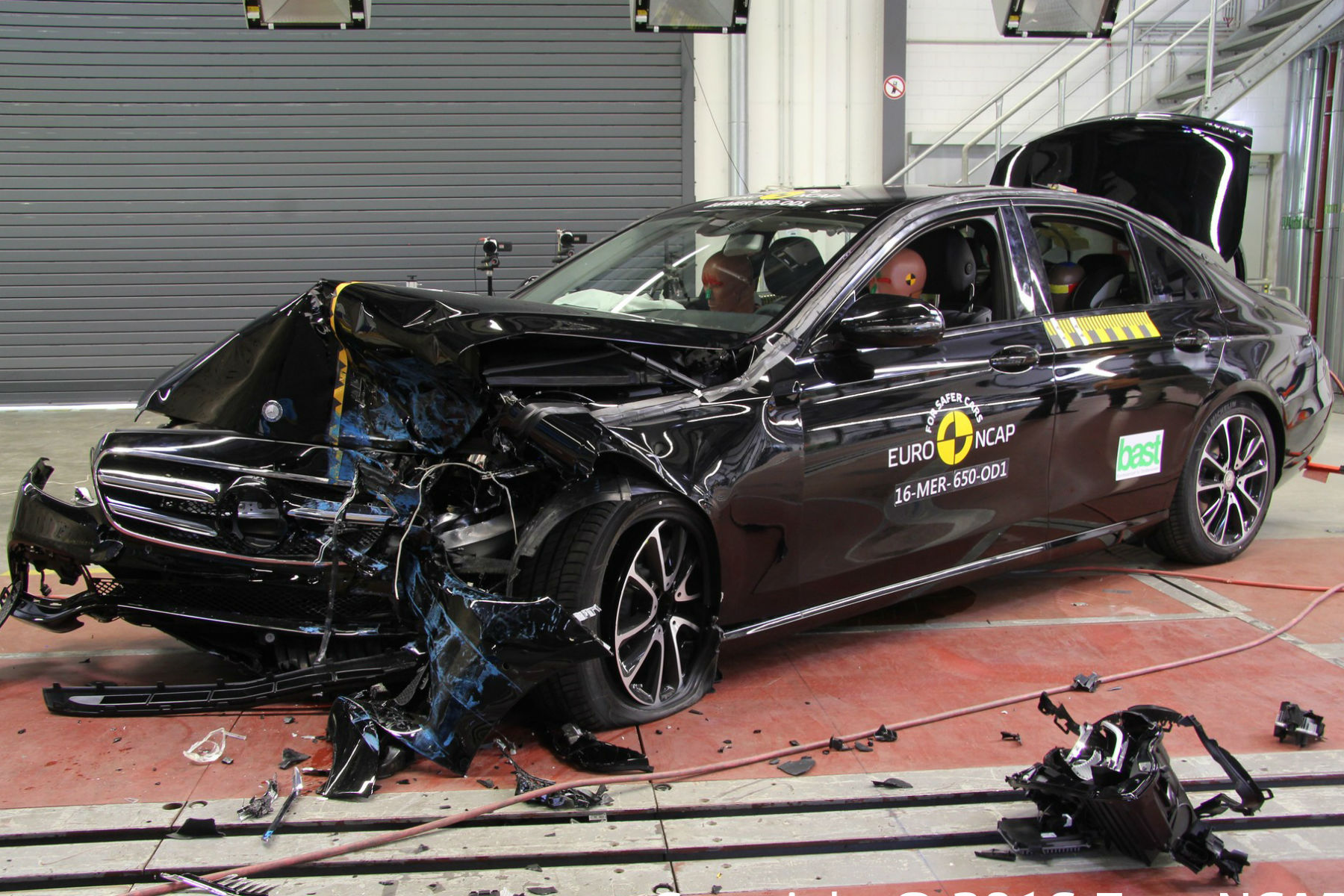 The new Mercedes-Benz E-Class and Peugeot 3008 have both scored a full five stars in the latest Euro NCAP crash test safety ratings – but you’ll only get the very safest version of the E-Class if you’re among the 1 in 10 expected to fork out for the optional gadgetry.

Car safety specialist Thatcham has praised the safety equipment offered on the E-Class – but hit out at the decision not to offer a lot of it as standard.

“The E-Class is head and shoulders above the competition when it comes to advanced safety features,” explained Thatcham’s director of research Matthew Avery.

“However, we know that the take up of optional safety features is typically less than 10%, so more needs to be done in terms of standard fitment to make these superb technologies more widely accessible.”

The firm added that the Mercedes-Benz E-Class “provides a glimpse of the future”, with safety systems such as Mercedes Benz’s assisted driving system, Drive Pilot. This allows short periods of hands-free driving as long as the driver occasionally touches the wheel to prove they’re still paying attention.

Active lane keep assist was also praised – the system continually provides feedback to the driver when lane markings are crossed, and even actively intervenes to steer out of the way when oncoming traffic is detected. This could potentially avoid a life-threatening head-on collision, says Thatcham.

Thatcham also says that the latest five-star safety ratings highlight the gulf in safety standards around the world.

Cars on sale in India, including the Renault Kwid, Maruti Suzuki Celerio, Maruti Suzuki Eeco, Mahindra Scorpio and Hyundai Eon all achieved zero star ratings when tested by NCAP earlier in the year.

Global NCAP’s secretary-general, David Ward, said: “Renault and Honda make safe cars in other markets; they have the know-how to make all their Indian cars much safer. We expect them to start doing so now.”