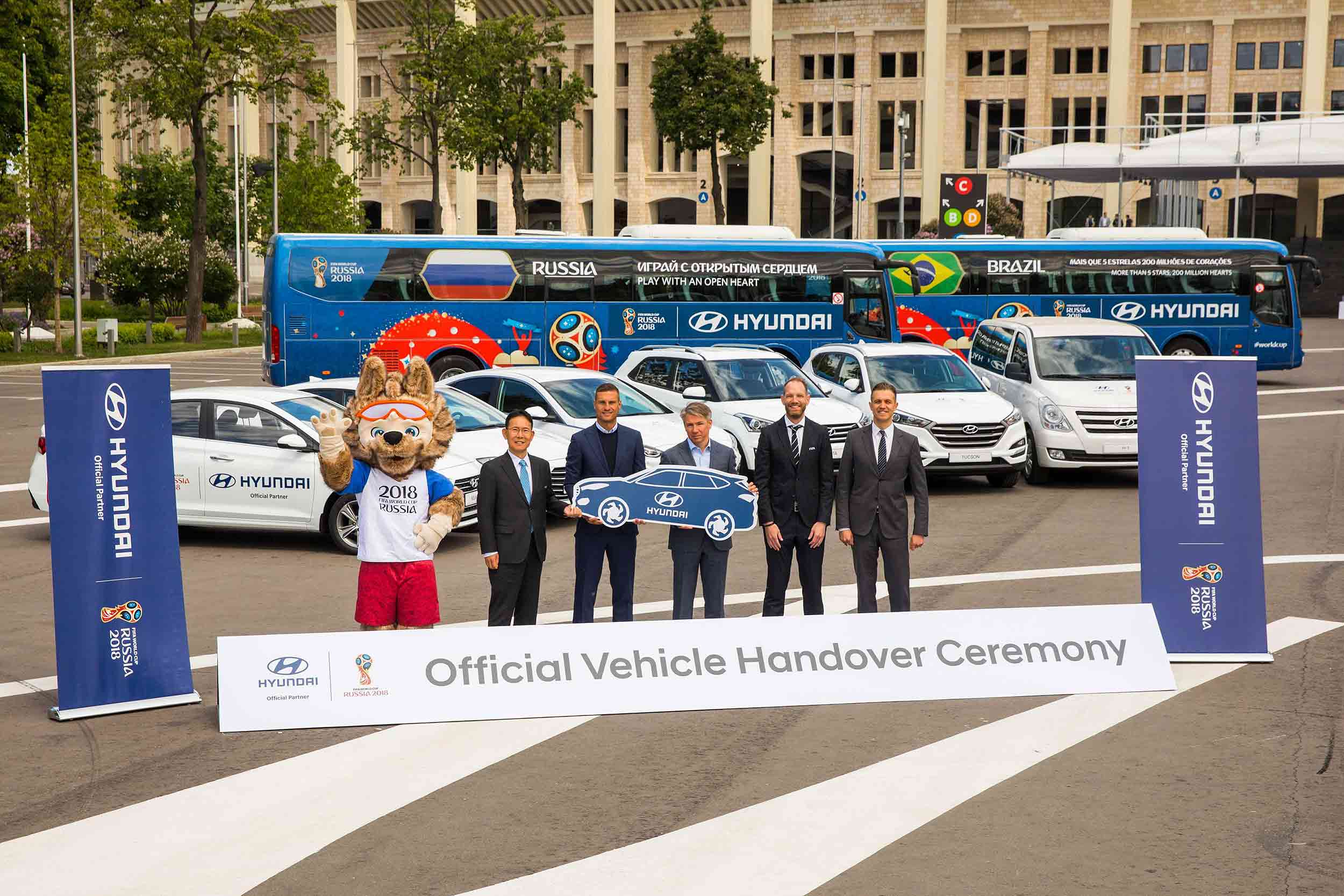 Hyundai has been the FIFA World Cup’s official automotive partner since 1999. The four-yearly vehicle handover ahead of the World Cup finals is thus a familiar event; with two weeks before the first game, the ceremony for 2018 has just taken place.

This year, a total of 530 Hyundai-branded vehicles will be used by World Cup players, match officials and VIPs. The bulk of them will be Santa Fes and Tucsons, while the H1 Starex minibus will also shuttle people between locations.

There’s also a fleet of national team buses, each fully wrapped in bespoke slogans – selected via an international competition that saw 160,000 submissions from global footie fans.

3.45 million fans then voted to pick the 32 winning slogan liveries – and the designer of each is now looking forward to watching their national team’s match live, and actually ride on the team bus they helped design during the match day convoy.

“Transport is an important logistical element at an event of this scale” said Hyundai Motor’s marketing vice president Minsoo Kim.

“As the FIFA World Cup’s official automotive partner sponsor, we are committed to assisting the event organisers with running a streamlined event, just as we are committed to caring for our customers by ensuring special and rewarding Hyundai ownership experiences the world over.”

FIFA director of marketing Jean-Francois Pathy said the gathering of Hyundais was “a quality fleet.

“These vehicles will ensure a smooth operation of the event… both FIFA and Hyundai Motor share a passion for football and we are ready to deliver the excitement of the beautiful game to fans around the world.”