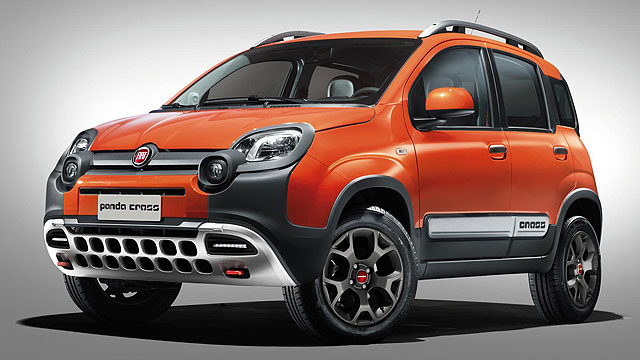 Fiat will launch a new crossover-look Cross version of the Panda at the 2014 Geneva Motor Show.

Unlike some, though, the Panda Cross is more than just crossover-look: it’s based in the Panda 4×4 so does actually have all-wheel drive functionality.

It does more than simply drive all four wheels, too: there’s Electronic Stability Control, Hill Descent Control, an Electronic Locking Differential and even three-mode Terrain Control.

What’s more, oversized tyres, improved approach and departure angles (24 degrees and 33 degrees respectively) plus greater ground clearance (up to 160mm) ensure the Panda Cross is actually a more able off-roader than the Panda 4×4 it’s based upon. How refreshing: a crossover that can do just that.

Given its off-road talents – including an ability to climb a 70% gradient – Fiat is sensibly fitting the Panda’s more powerful engines to the new Cross: either the 90hp 0.9-litre TwinAir Turbo, or the 80hp (with 140lb ft of torque) 1.3-litre MultiJet II.

The diesel does more than 60mpg; the petrol isn’t far off 58mpg. 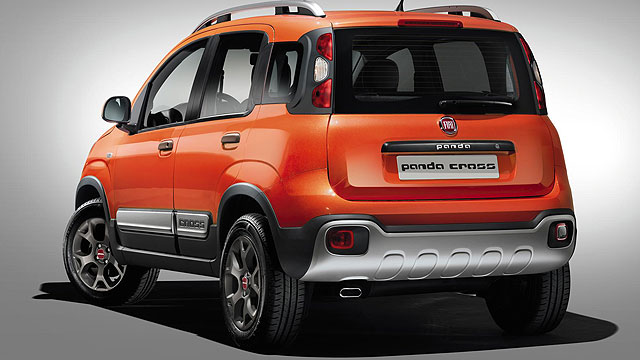 As for the way it looks, you don’t need us to tell you it’s striking. There are side mouldings and extended wheelarches, satin Titanium finish roof bars and 15-inch alloy wheels with burnished metal finish. Skidplates front and rear are fitted, along with new rear lights and – a brilliant touch, this – tow hooks finished in bright red.

This is a high-end Panda, so it gets fabric/eco-leather seats and a dash finished in copper effect. There’s a leather steering wheel, climate control, Blue&ME connectivity and, as an option, Fiat’s auto-brake City Brake Control safety device.

Fiat hasn’t announced process for the new Panda Cross – it doesn’t go on sale until the autumn, after all – but it’s not going to be cheap. The Panda 4×4 starts at £14,145 for a 0.9 TwinAir and so we wouldn’t expect change from £15,000 for this beefed-up equivalent.

Unlike some in this sector, its all-road, all-weather abilities could easily see some give it the nod.