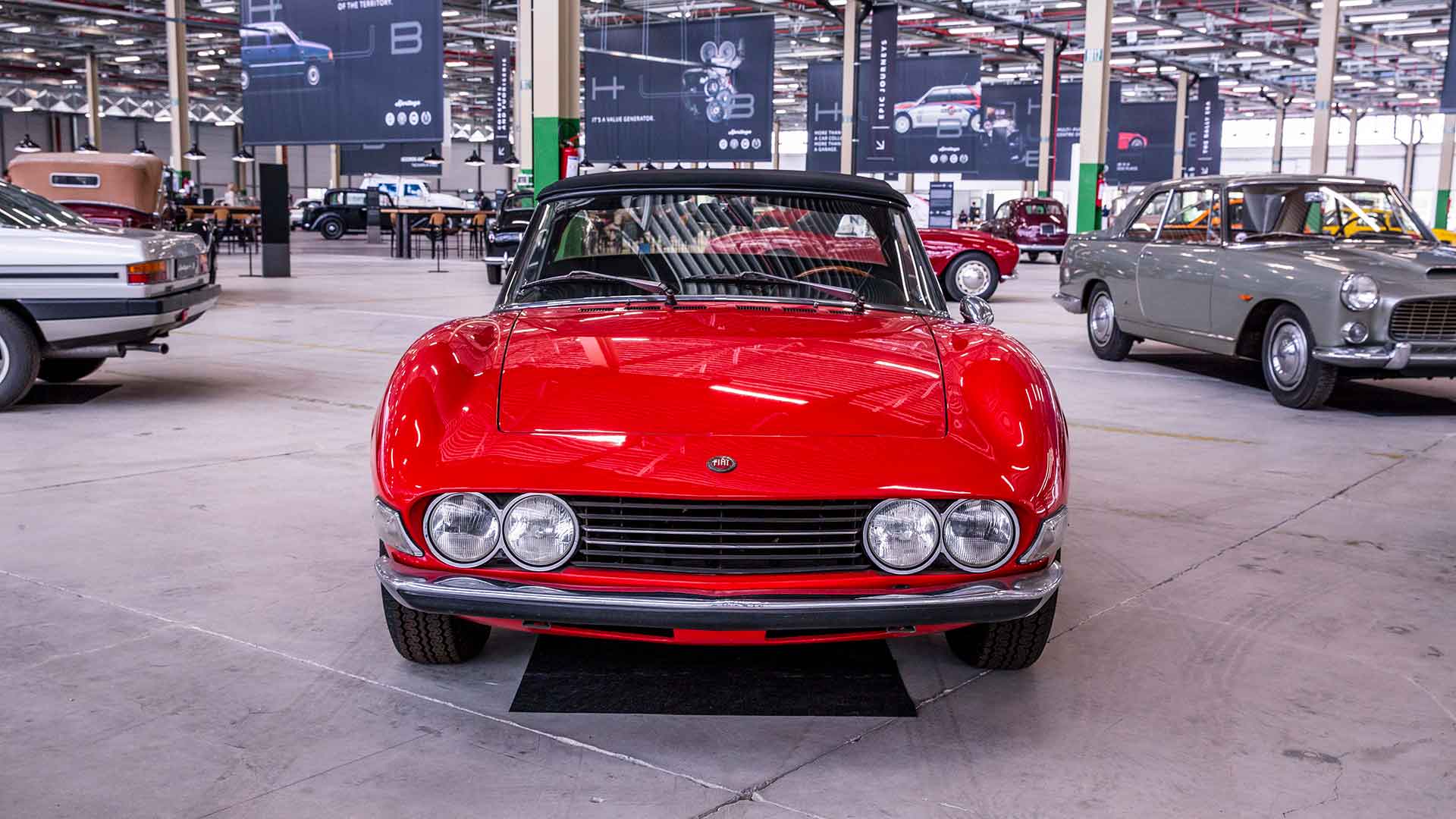 Welcome to Italian car heaven – and there isn’t a Ferrari or Lamborghini in sight. Housed inside Fiat’s former Mirafiori factory in Turin, the new FCA Heritage Hub contains more than 250 classics from Fiat, Lancia and Abarth. Concepts, prototypes, coachbuilt one-offs, iconic race-winners… they’re all here. Pitched as ‘not so much a traditional museum space as a three-dimensional archive in constant growth’, it opens to the public soon, but we had a privileged first look. Join us for a guided tour. 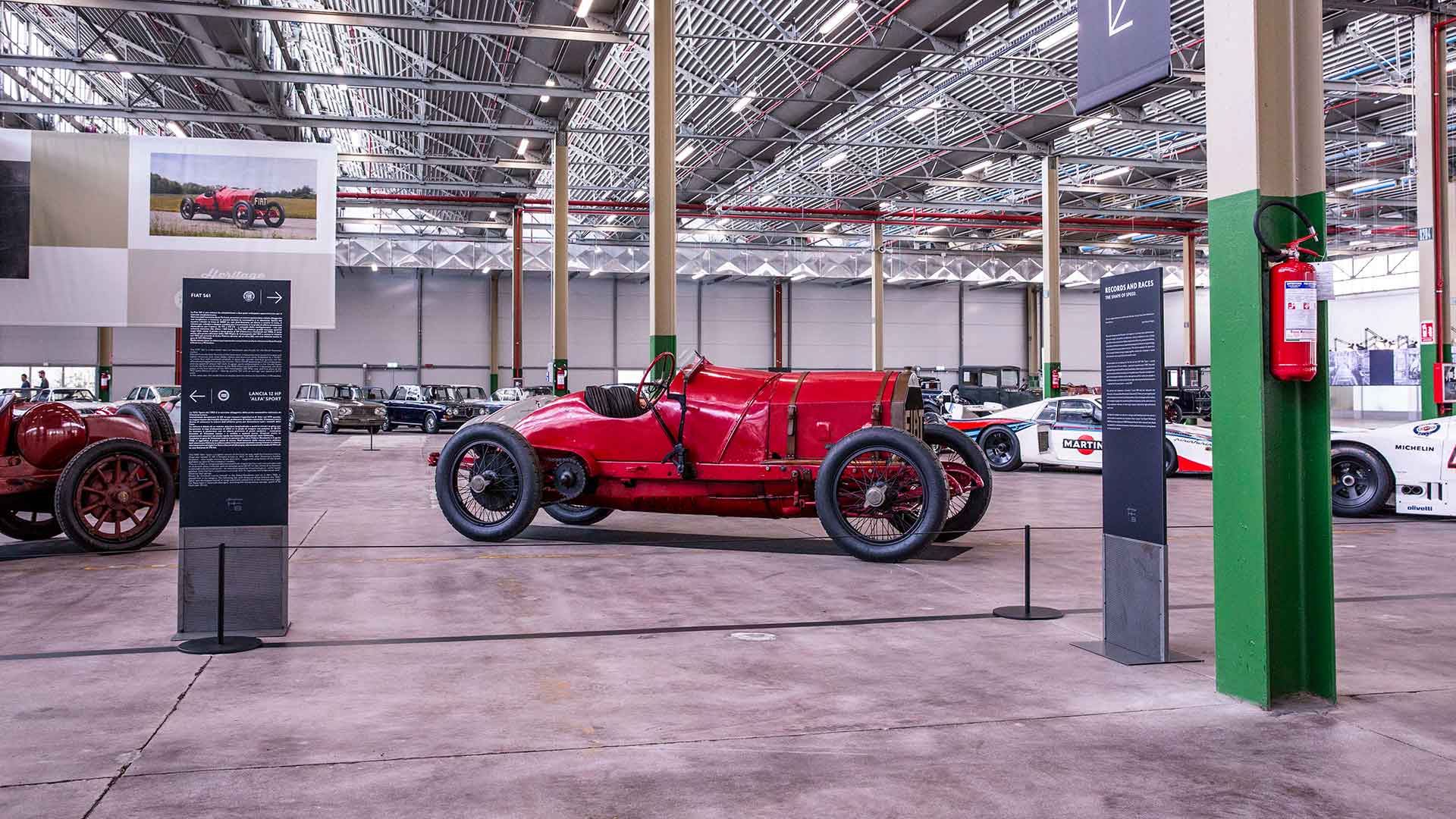 One of the oldest cars in the collection, this 1908 Fiat S61 Corsa finished third in the first Indianapolis 500-mile race in 1911, then won the US Grand Prix in 1912. Its 10.1-litre (!) four-cylinder engine develops 125hp – good for a heady 99mph. Slowing down was clearly less of a priority: there are no front brakes. The car recently emerged from a 10-year restoration by FCA craftsmen, with many parts fabricated from scratch. 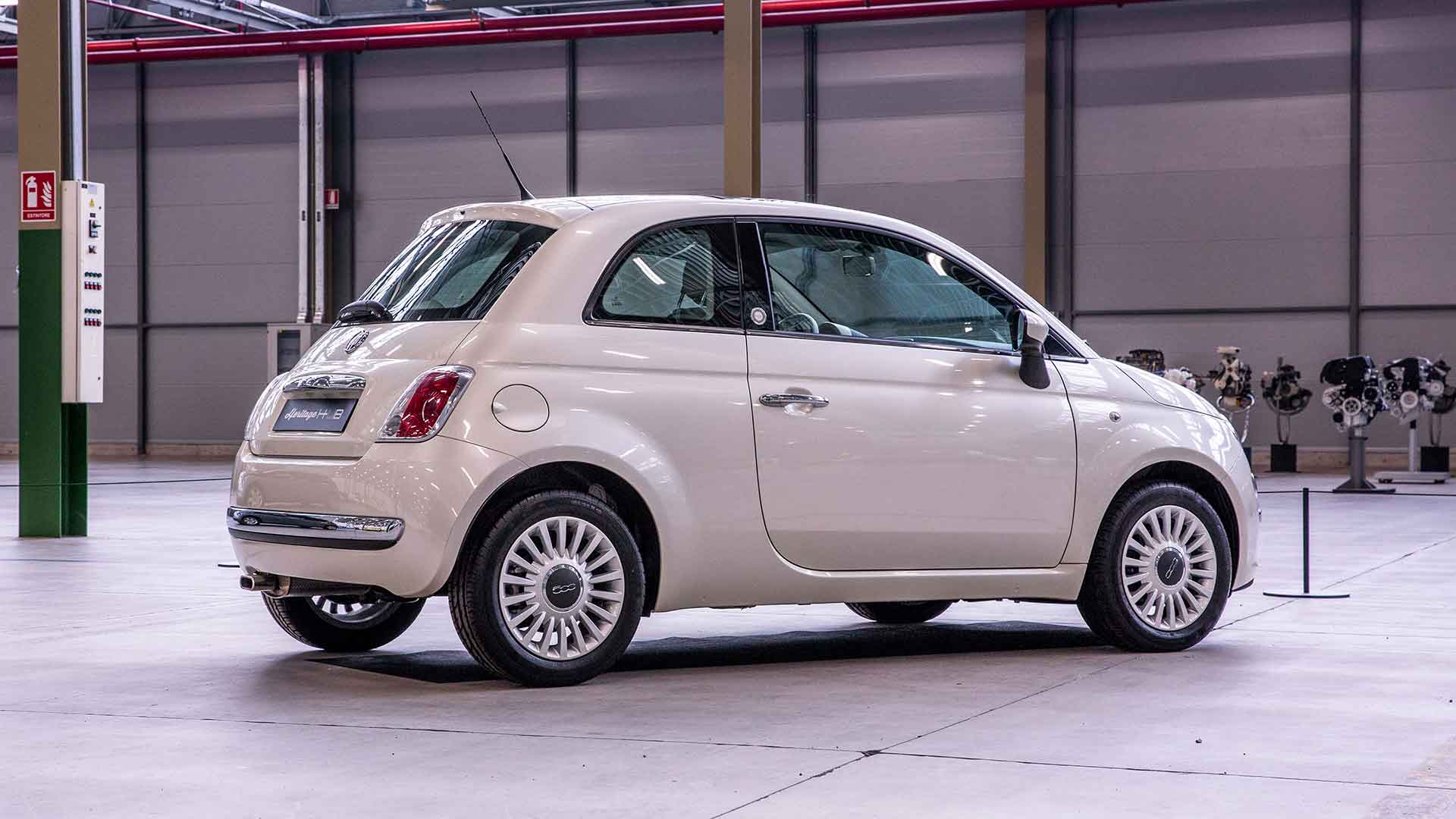 Leapfrog to the present day, and the 500 is the cornerstone of the Fiat range. This is 500 number 001 – the first off the production line in 2007. Its cute styling is a homage to the 1957 Cinquecento, but the 500 was forward-thinking in other ways: the first city car with seven airbags and the option of electronic stability control (ESC). A modern icon, it shows no sign of losing its appeal. 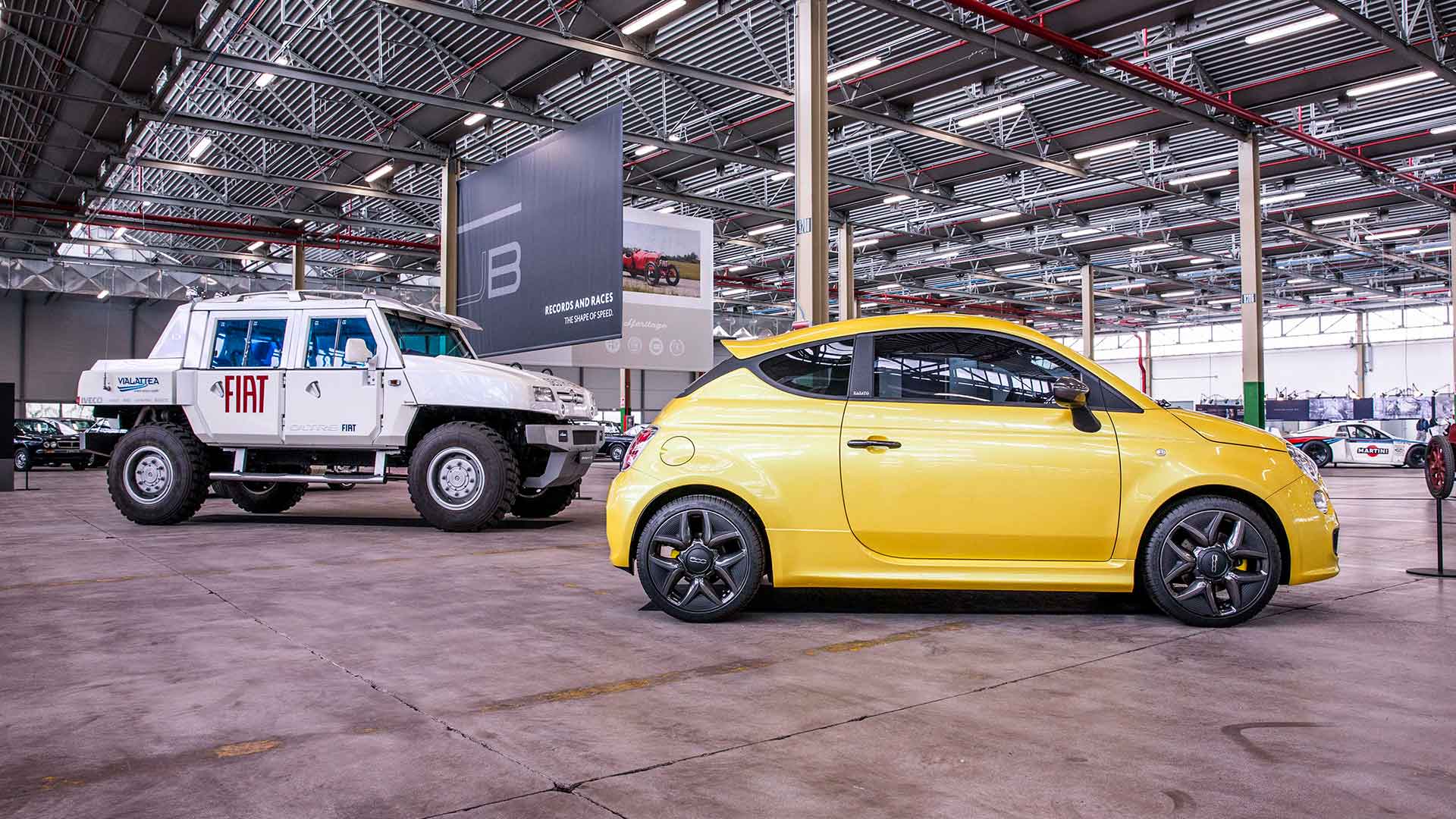 This slightly sleeker 500 is the work of legendary Italian coachbuilder, Zagato. Debuting at the 2011 Geneva Motor Show, it was the first car to use Fiat’s two-cylinder Twinair petrol engine. Other highlights include Zagato’s trademark ‘double bubble’ roof, lowered suspension, 17-inch alloys and custom ‘Pop Yellow’ paint. A special edition 500 with more than simply stripes and stickers, then. 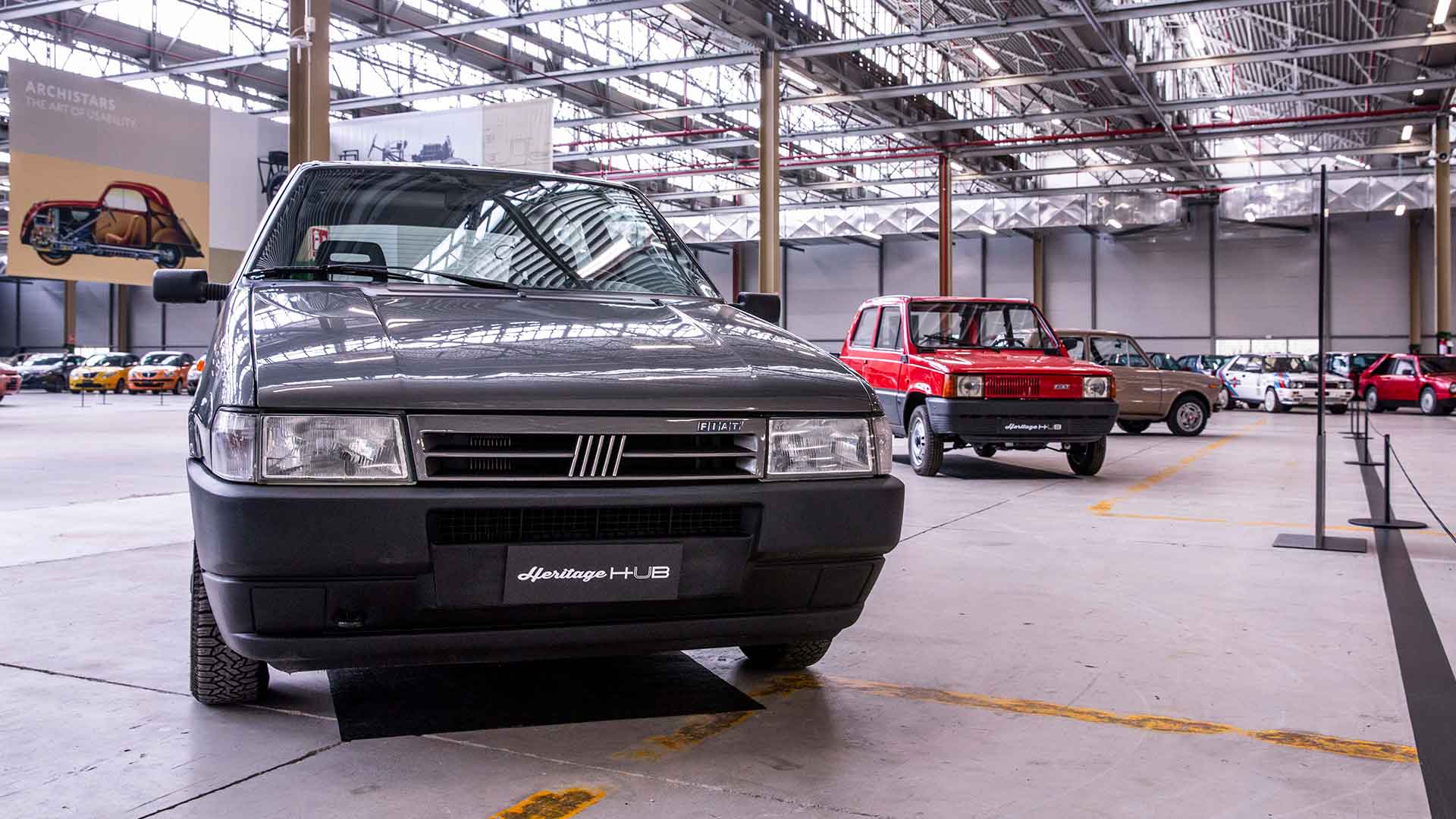 Fiat’s small-car heritage extends well beyond the 500, of course. Pictured are the Uno – first launched in 1983 – and 1980 Panda. The Uno was Italy’s answer to the Ford Fiesta and notched up nearly nine million sales by the time production finally ceased in 2013. Penned by Giugiaro, it anticipated the trend for taller, MPV-style hatchbacks. The Panda was more radical still, with completely flat glass and hammock-style seats. Its no-nonsense functionality still inspires car designers today. 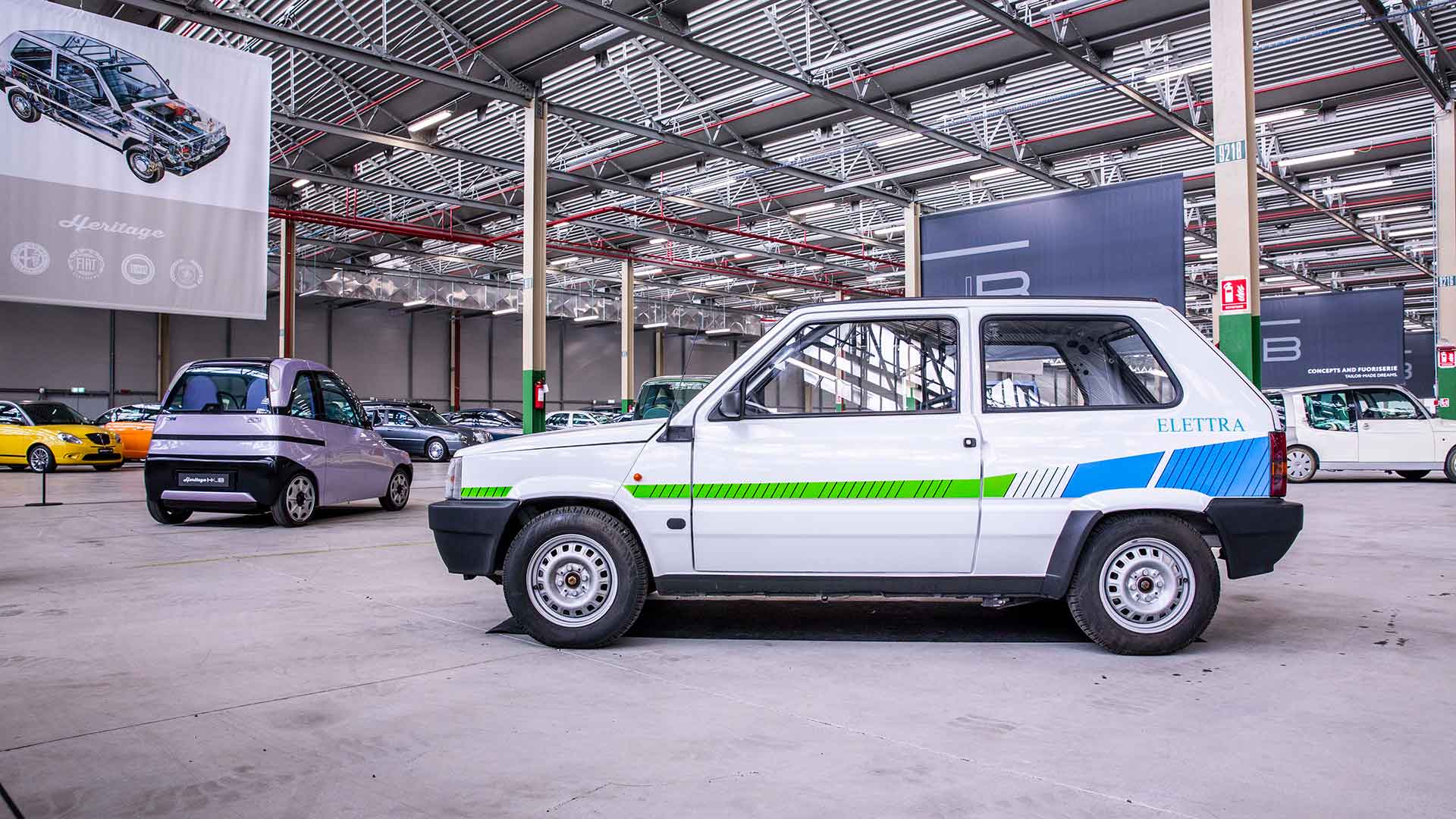 Proof that electric cars are nothing new, the Panda Elettra was manufactured by Austrian company Steyr-Puch from 1990 to 1998. Its 9.2kW motor relies on heavy lead-acid cells and top speed is just 43mph, with a fully-charged range of 62 miles. Those batteries also fill the back of the car, so there are only two seats. The recent Fiat Centoventi concept – which previews the next Panda – does rather better, with a predicted 300-mile range. 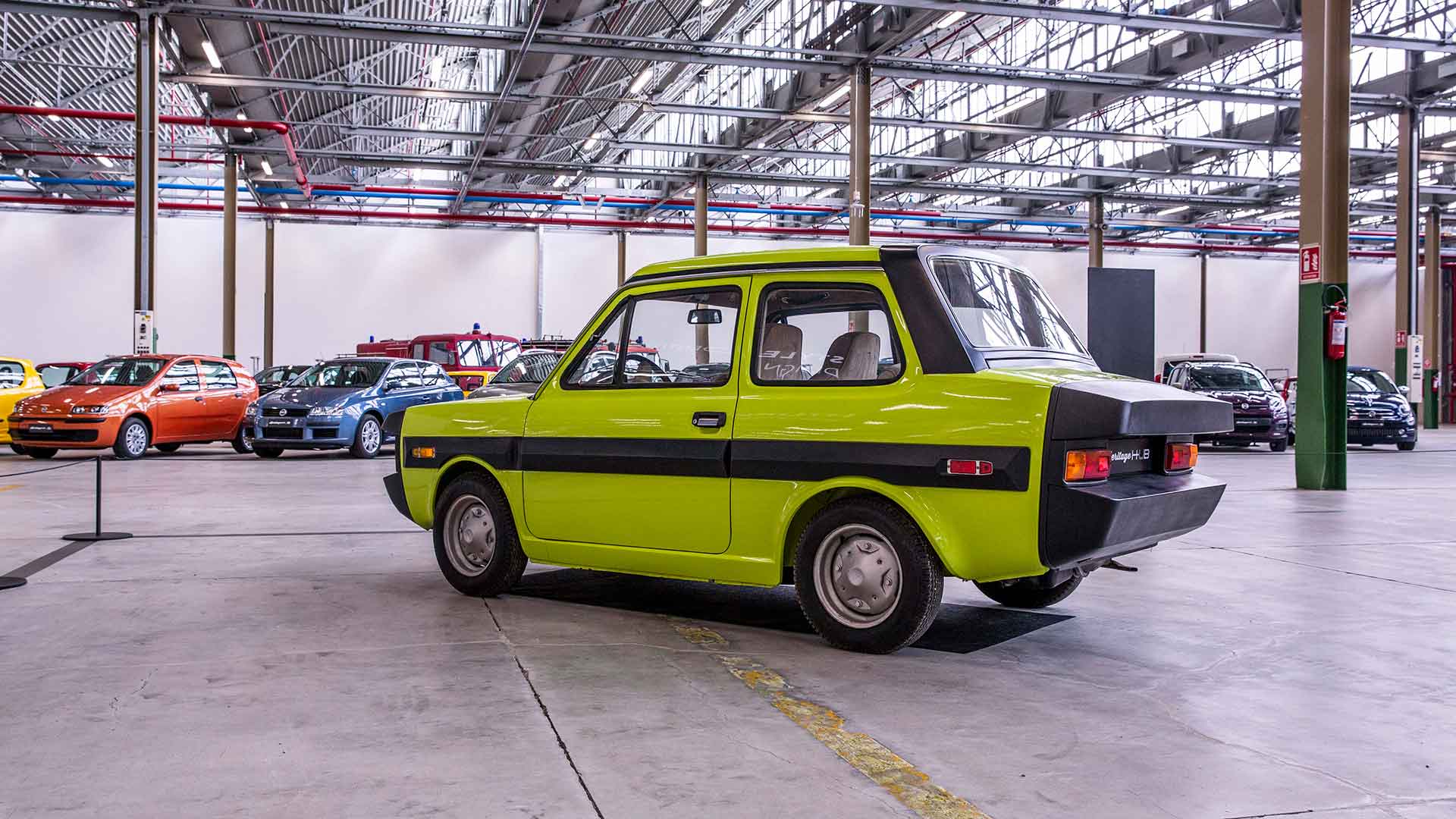 Impact bumpers have come a long way. The 1971 Fiat ESV 1500 (‘Experimental Safety Vehicle’) was the first prototype ‘safety car’ built in Europe. It’s based – believe it or not – on the contemporary 500, although borrows many parts from the 126 city car. Those huge bumpers and side rubbing strips are made from solid foam, while the gawky bodywork conceals a passenger safety cell and reinforced roof. 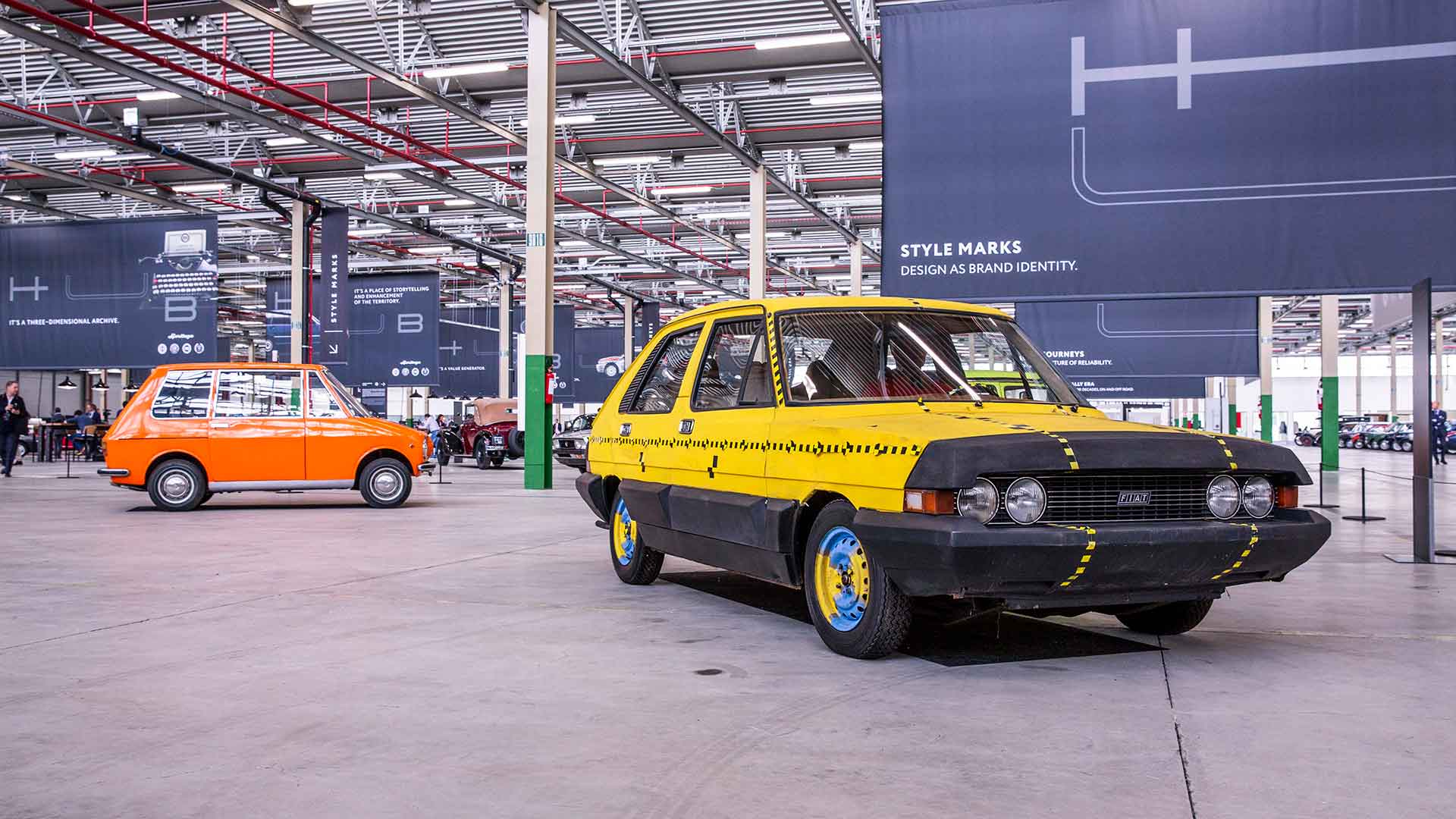 This larger ESV 2000 is also on display at the Heritage Hub. A Fiat 127 underneath, the ‘2000’ figure refers to its weight in pounds. For the metrically-minded, that translates to 1,165 kg – around 360 kg more than standard, and certainly enough to give its 1.3-litre engine a good workout. Fiat built 47 ESV prototypes in total. 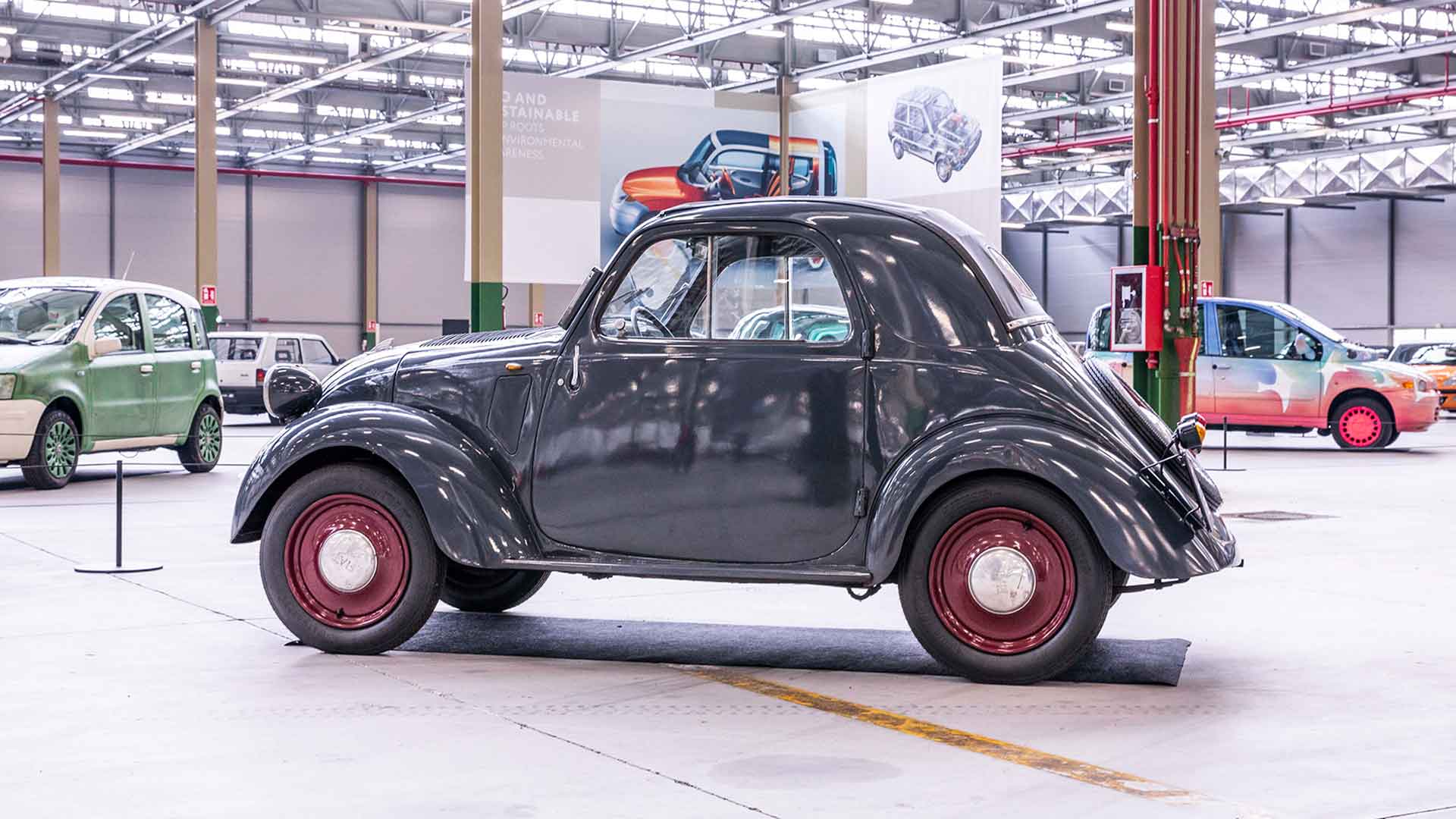 The 1936 ‘Topolino’ (‘little mouse’ in English), musters a mighty 13hp from a 569cc four-cylinder engine. It helped get Italy mobile again after World War Two, with 520,000 eventually made. In theory, this original 500 is a two-seater, but whole families would often squeeze inside the tiny, 3.2-metre-long car. 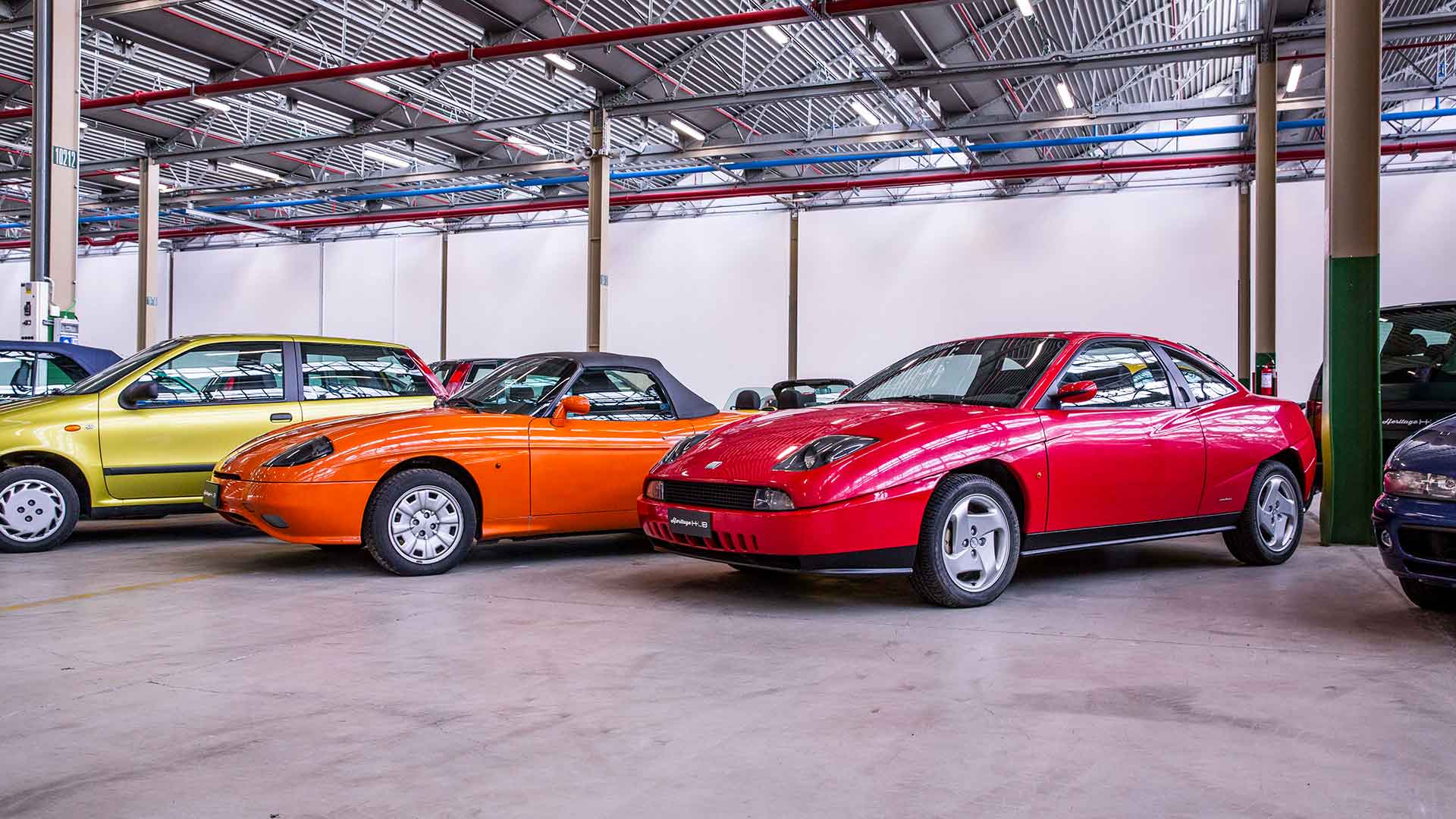 Fiat doesn’t only do small and sensible. The radical-looking 1993 Coupe was designed by Chris Bangle, who went on to reshape a generation of BMWs. In flagship 2.0-litre 20v Turbo Plus form, it could hit 62mph in 6.3 seconds and 155mph flat-out. The Barchetta (‘little boat’) roadster was launched in 1995, taking on the Mazda MX-5 with a 131hp 1.7-litre engine and a chassis derived from the Mk1 Punto. Only sold in left-hand drive, it was a rare sight in the UK. 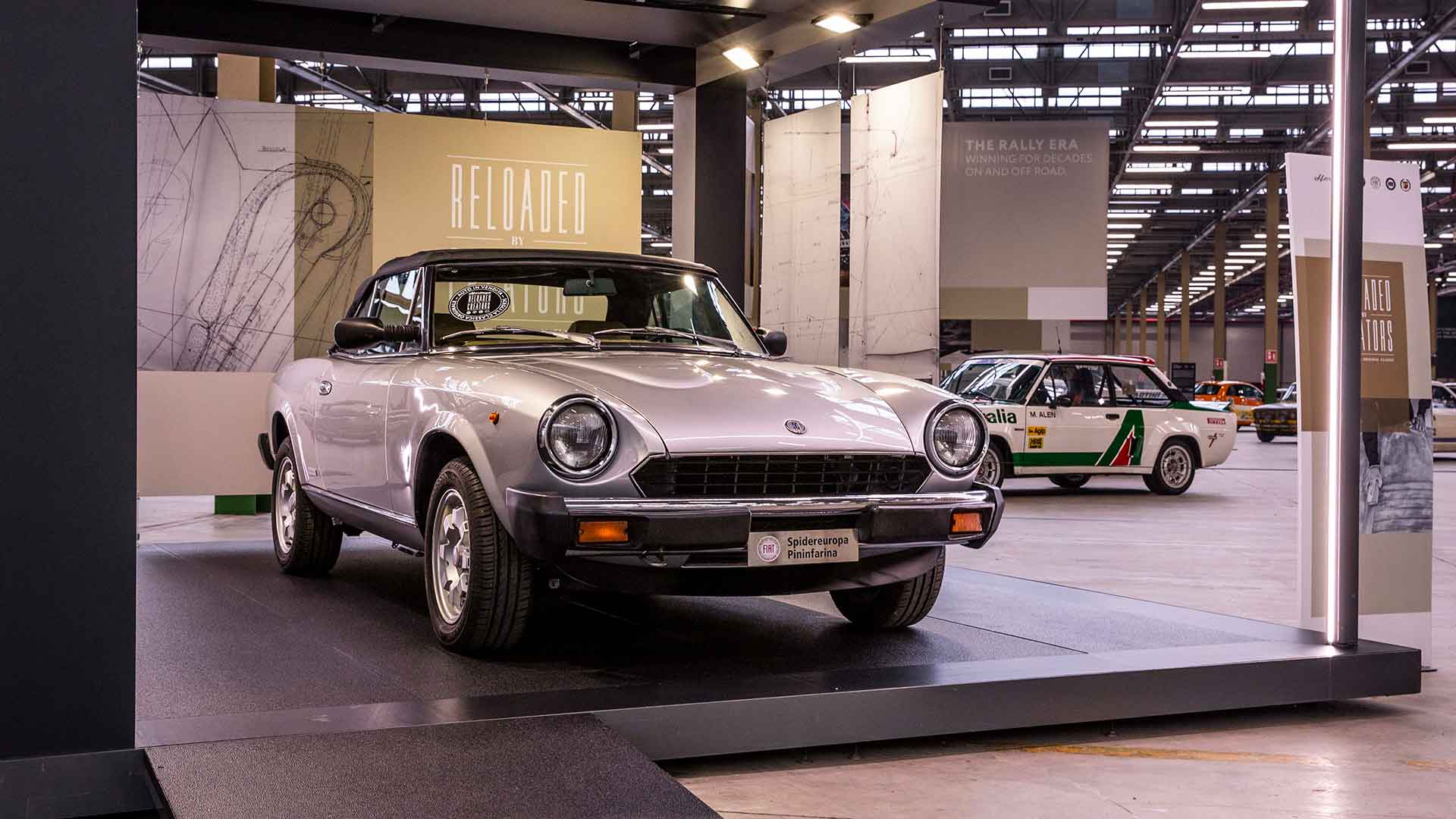 The Fiat 124 Spider recently made a comeback, but this is the 1966-1985 original. Styled by Tom Tjaarda and built by Pininfarina, it was particularly popular in America, where a three-speed automatic transmission was offered from 1979. Power comes from a variety of engines, including a rare Volumex supercharged version. The hard-top Abarth 124 Spider was a successful rally car, winning events in Germany, Greece and Poland. 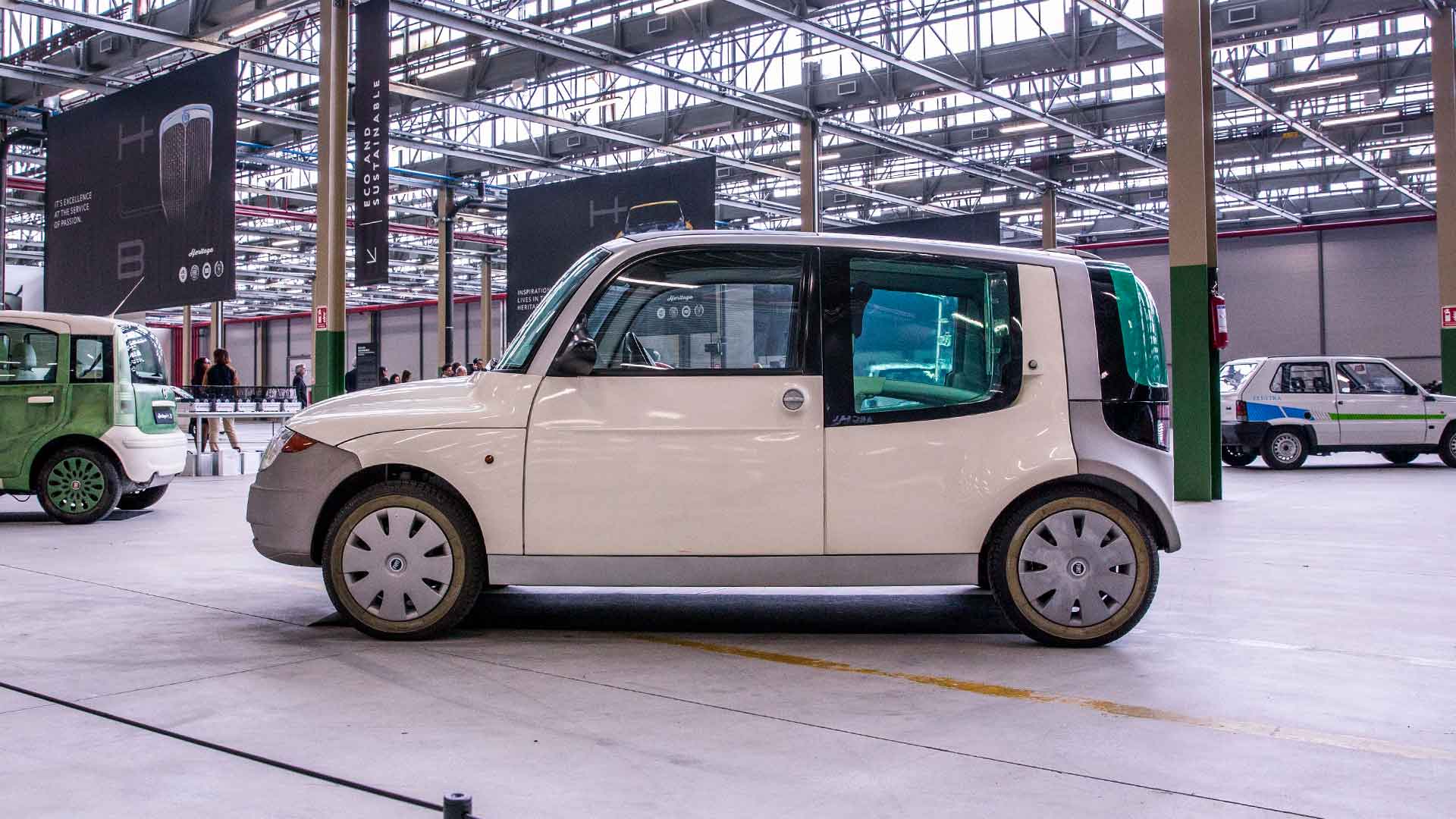 Back to the sensible stuff, here’s the 1999 Fiat Ecobasic concept. Its aerodynamic body (Cd 0.28) devotes 88 percent of its volume to passengers and luggage, while all panels are made from recycled plastic. Maintenance access for the 1.2-litre diesel engine is via a flip-up panel between the headlights, and fuel economy is a thrifty 81mpg. Inside, the Ecobasic has plastic flooring and seats that fold sideways, transforming it into a small van. 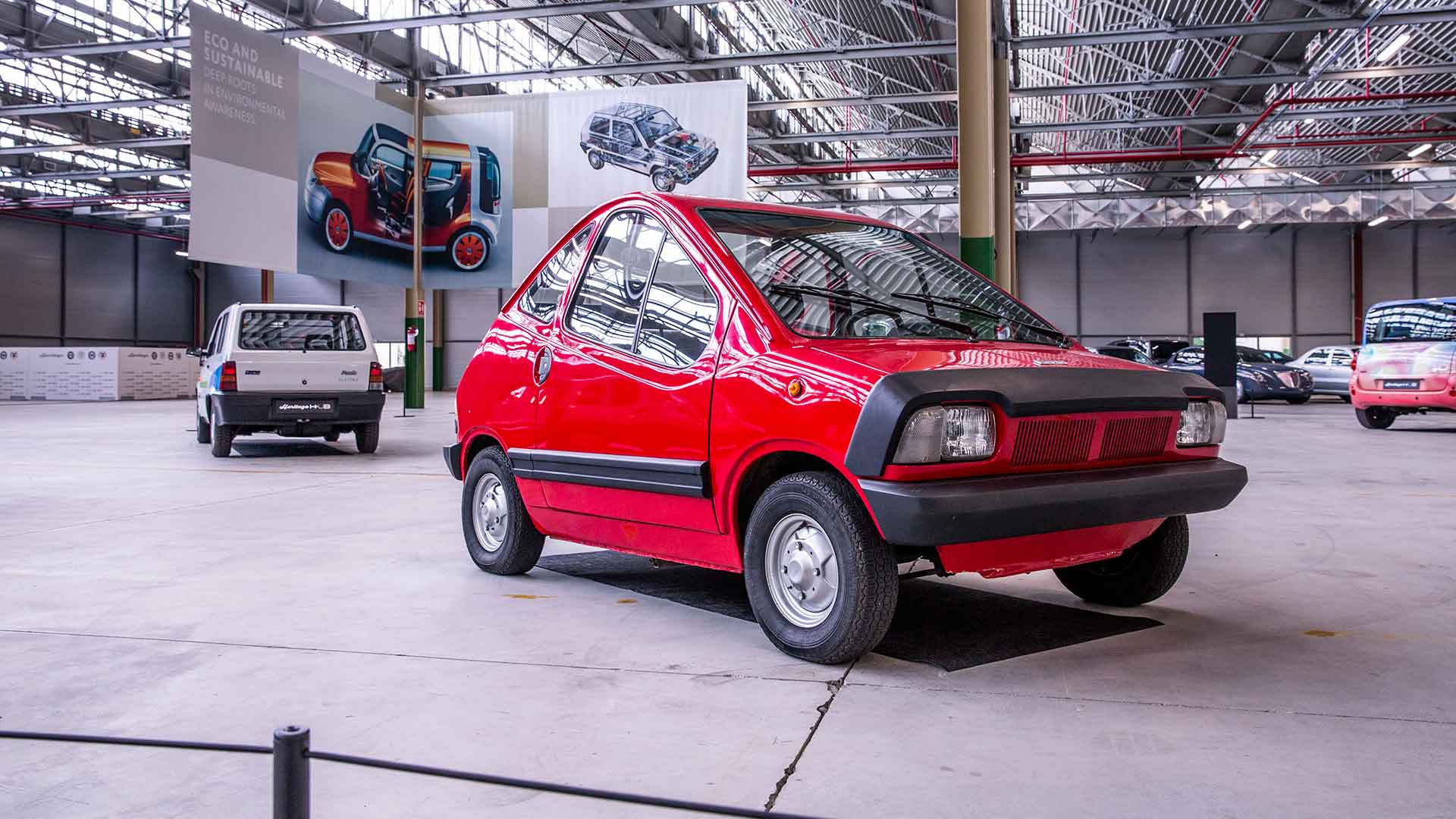 Presented at Turin’s own motor show in 1972, the dinky X1/23 concept was later fitted with batteries and an electric motor. Its roofline arcs sharply over occupants’ heads, while the unusual front bumper frames the headlights. An equally minimalist interior features a single-spoke steering wheel, seats upholstered in synthetic cloth (very 1970s) and large shelf beneath the windscreen. 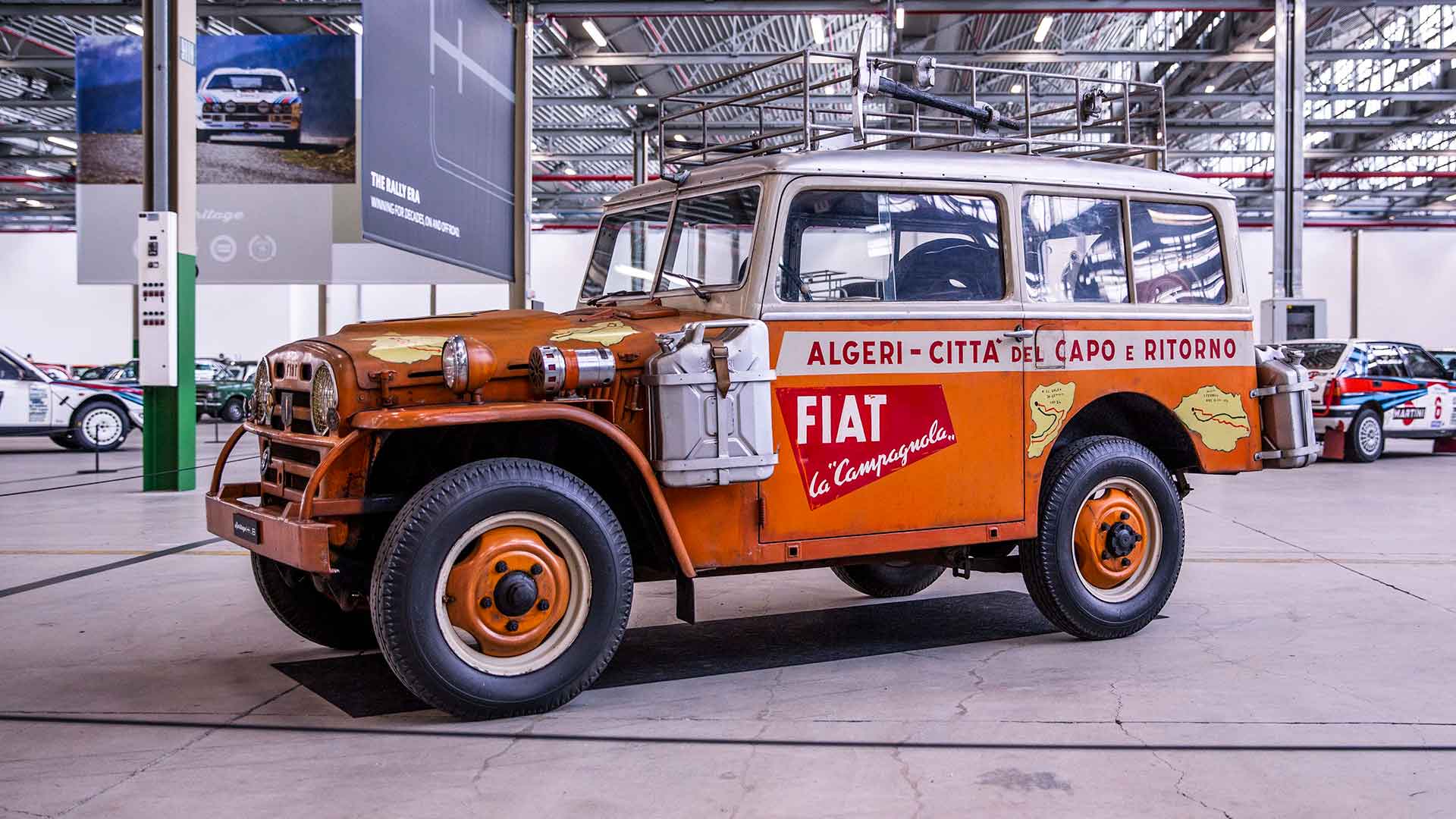 We love the perfect patina on this Campagnola AR 51. In 1952, the proto-SUV drove the length of Africa, from Cape Town to Algiers, in a record 11 days. The Campagnola was originally designed for the Italian army, but soon found favour with farmers and off-road adventurers. Its 53hp 1.9-litre engine has a four-speed gearbox with low-range transfer case. Independent front suspension was innovative for the time, while the rear employs conventional leaf springs. 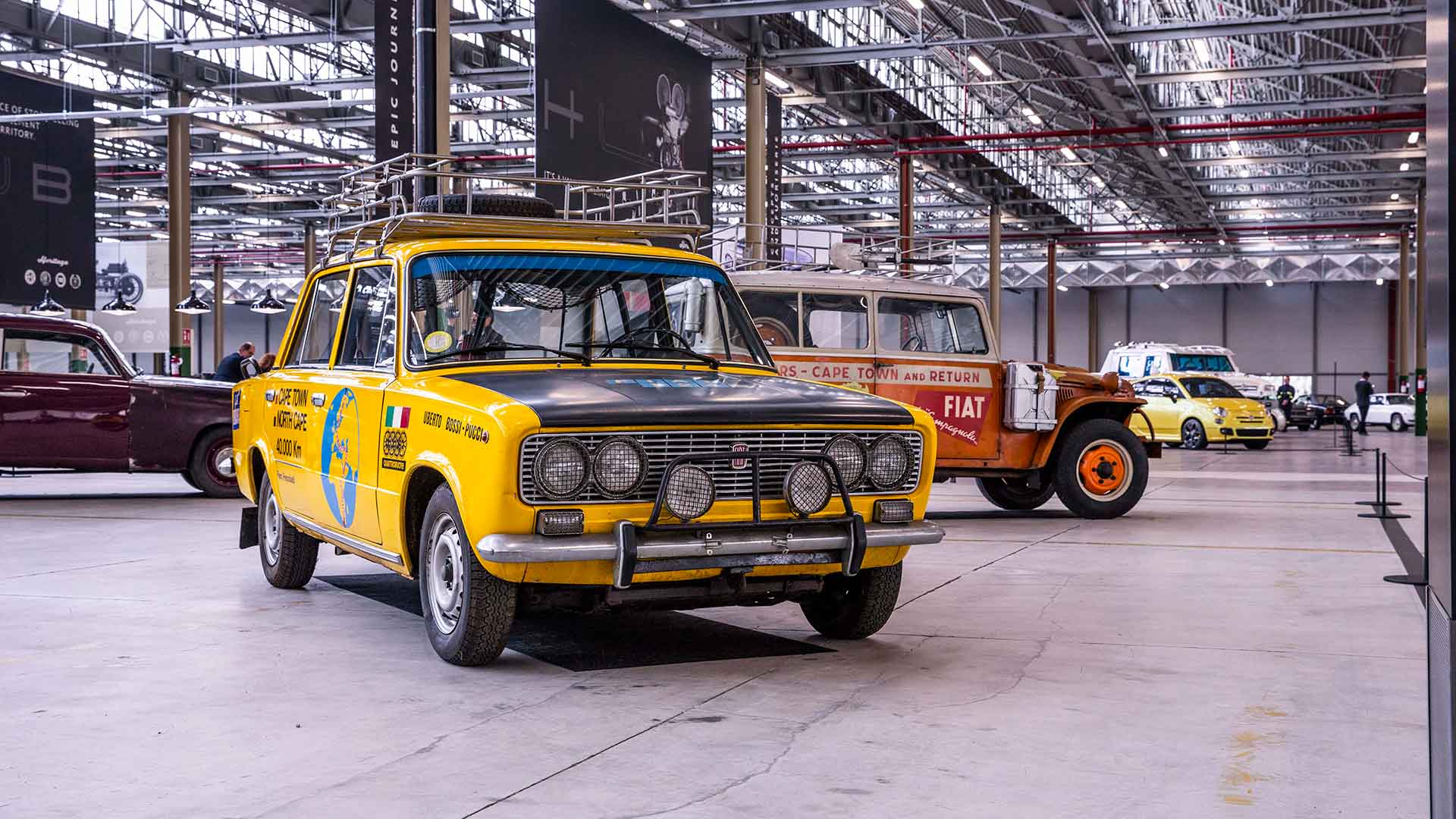 You might know the Fiat 124 better as the Lada Riva. The small saloon, first launched in 1966, gained a second lease of life in Russia, where it lived on – incredibly – until 2012. This particular 124S is another car from the ‘Epic Journeys’ section of the Heritage Hub, and also started out in Cape Town, travelling to Norway’s North Cape in 50 days in 1970. Epic indeed, especially with no air conditioning or creature comforts. 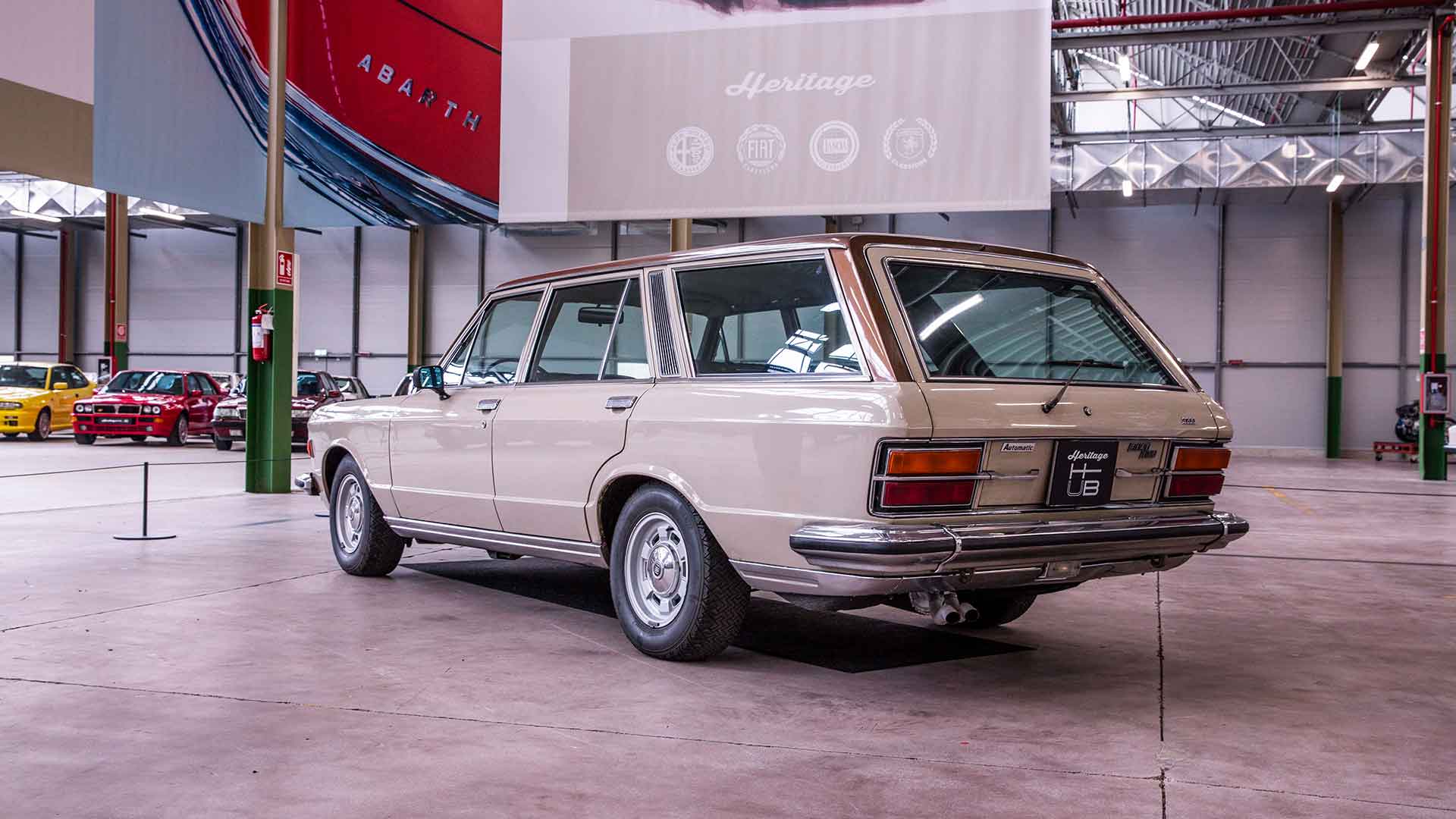 Giovanni Agnelli founded the company that became Fiat in 1899, and his family still holds a controlling interest. This one-of-four 130 Familiare estate was made for Dr Umberto Agnelli by a coachbuilder called Introzzi on Lake Como. Powered by a 165hp 3.2-litre Lampredi V6 mated to a three-speed auto ’box, it’s about the most stylish family car we can imagine. 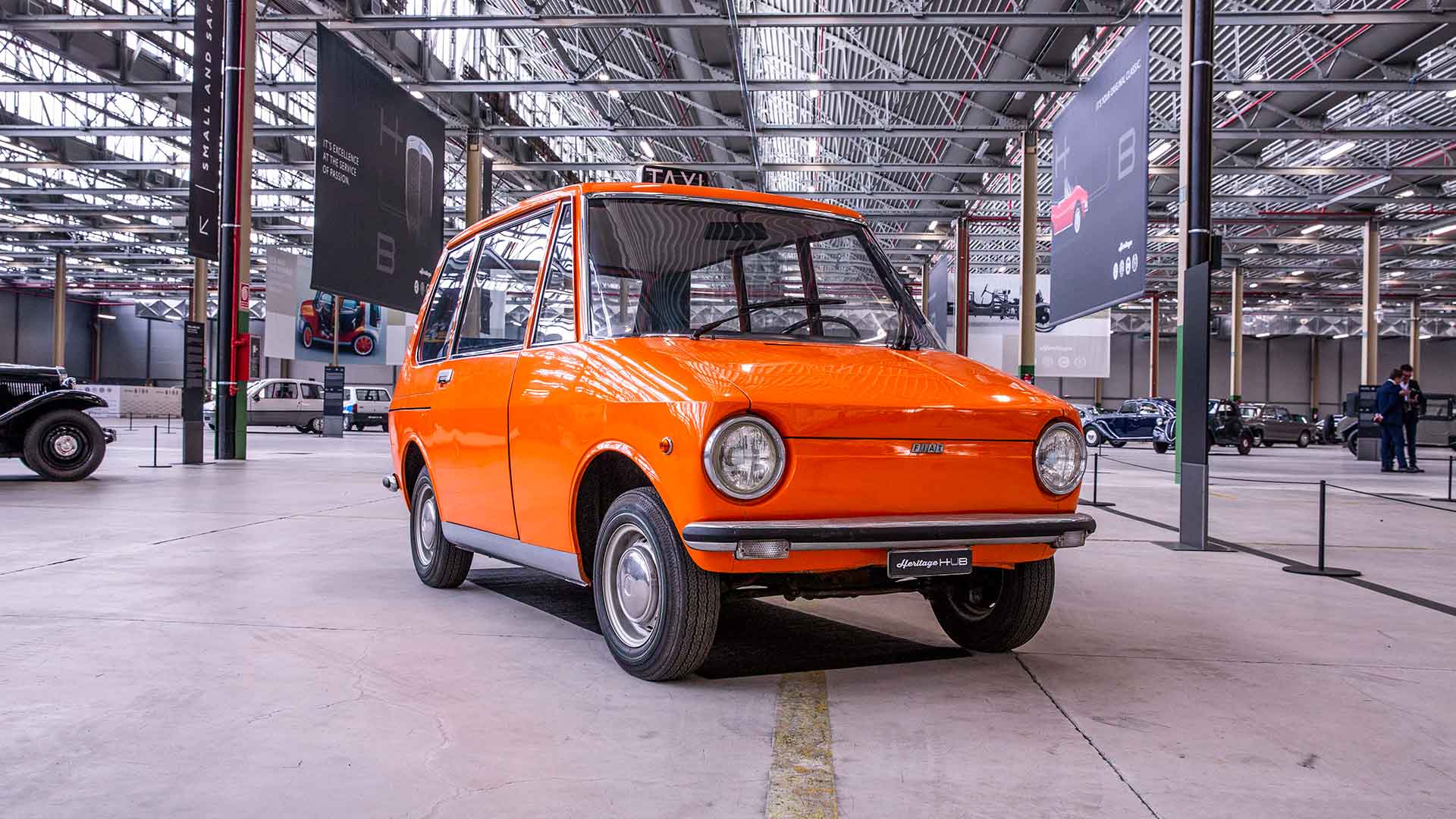 Revealed at the Turin Motor Show in 1968, the City Taxi was Fiat’s vision of a fare-paying future. Its asymmetrical body has a conventional door for the driver on one side, and a sliding door for passengers on the other. Other clever ideas include a padded dashboard with built-in radio-telephone and taxi meter, a semi-automatic gearbox and straps to attach luggage to the roof. 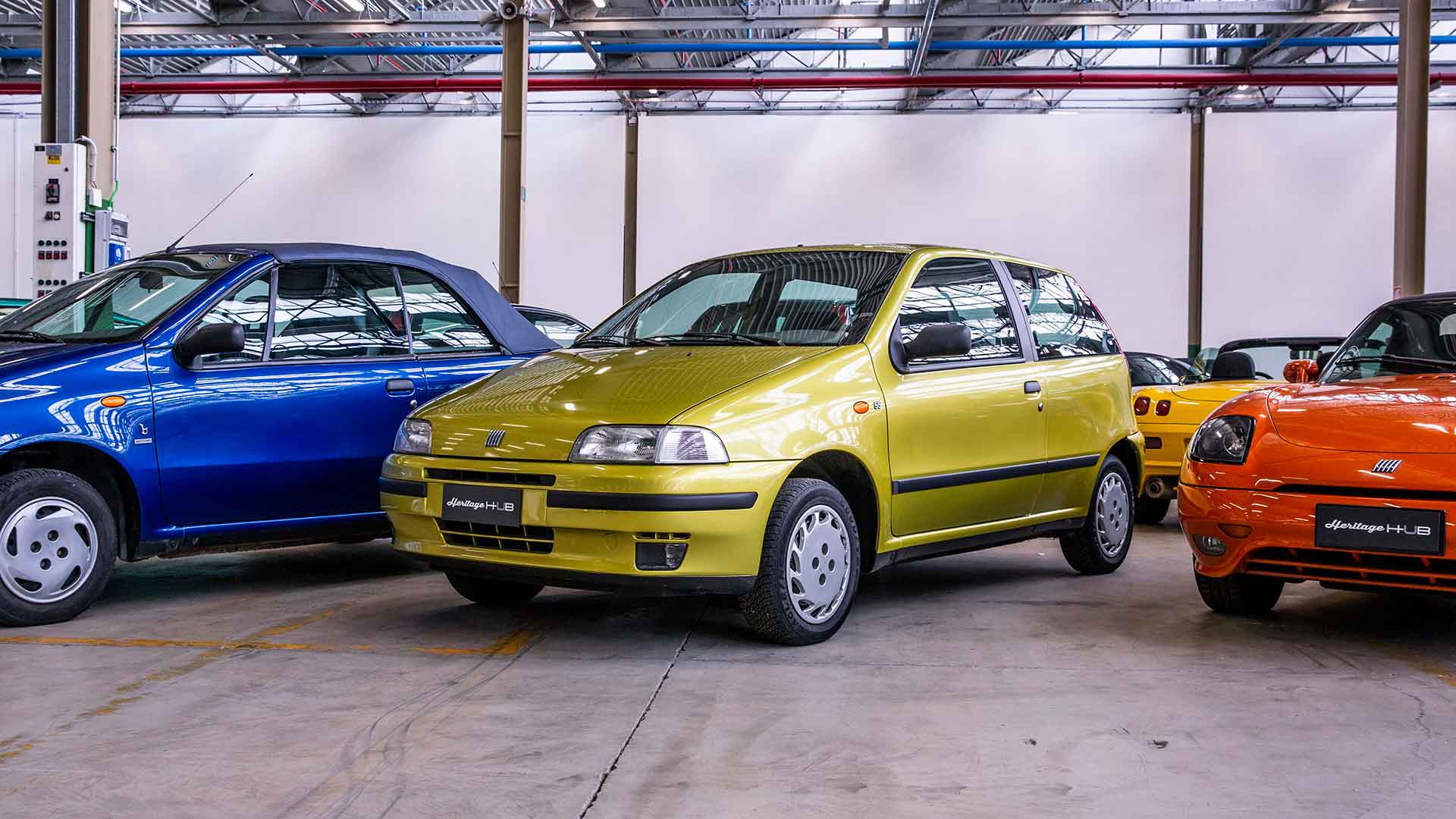 We’d forgotten how crisp the original 1993 Punto looks. Once again, it’s designed by Giugiaro – the maestro behind the Panda, Uno, Volkswagen Golf Mk1, Lotus Esprit, BMW M1 and many more. Produced as a hatchback and (somewhat less stylish) convertible, the Punto would later become Europe’s best-selling car. Bizarrely, the third-generation model was phased out in 2018 with no direct replacement. 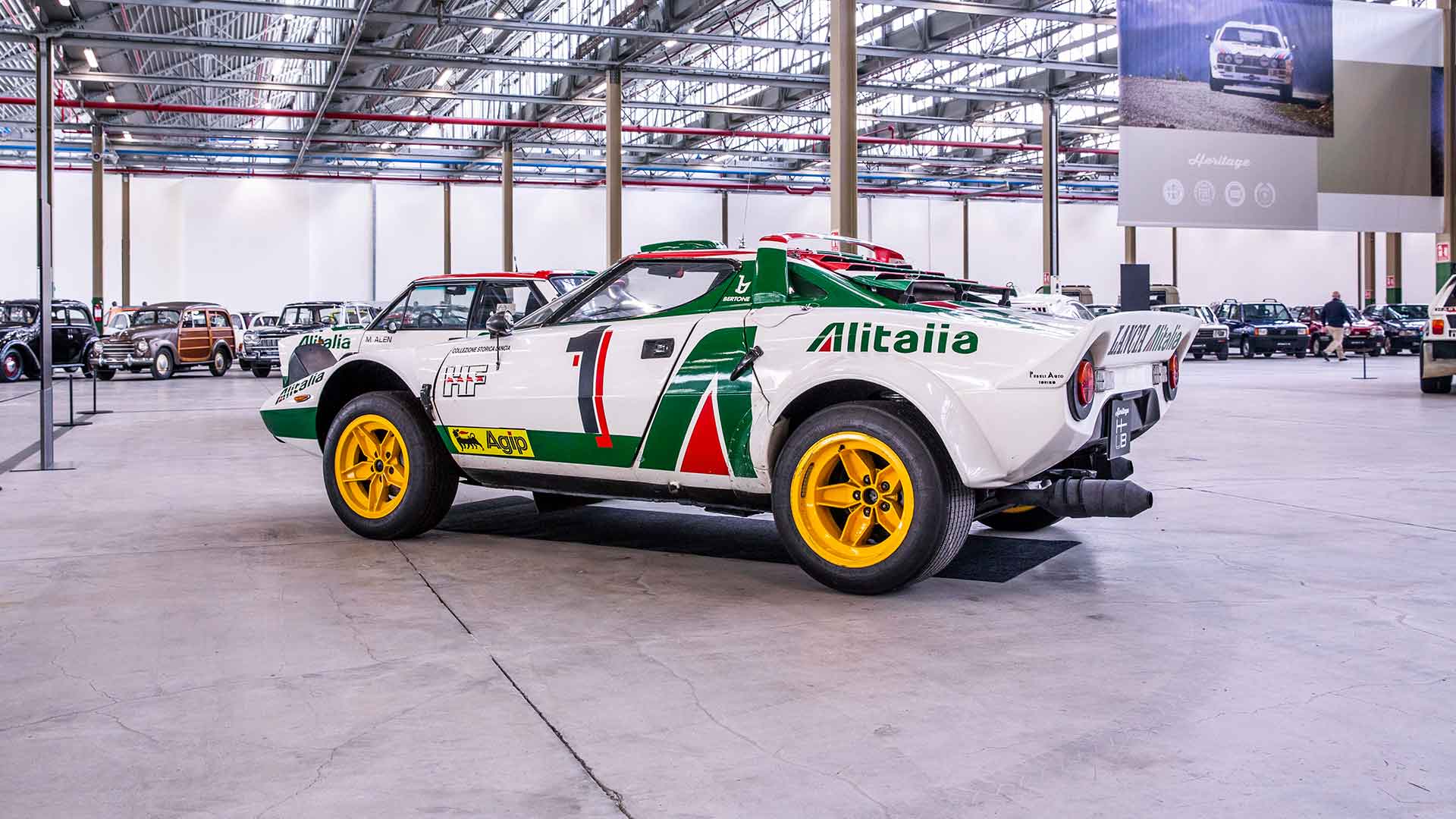 We’ve focused on Fiat here, but this sublime Alitalia-liveried Lancia Stratos is a reminder that other brands built in Turin also share the FCA Heritage Hub. The wedge-shaped Stratos borrowed its mid-mounted engine from the Ferrari Dino and weighs less than 1,000kg. It was a formidable rally car, winning three consecutive World Rally Championships from 1974 to 1976. This particular car took victory in the 1976 Rally of Portugal.