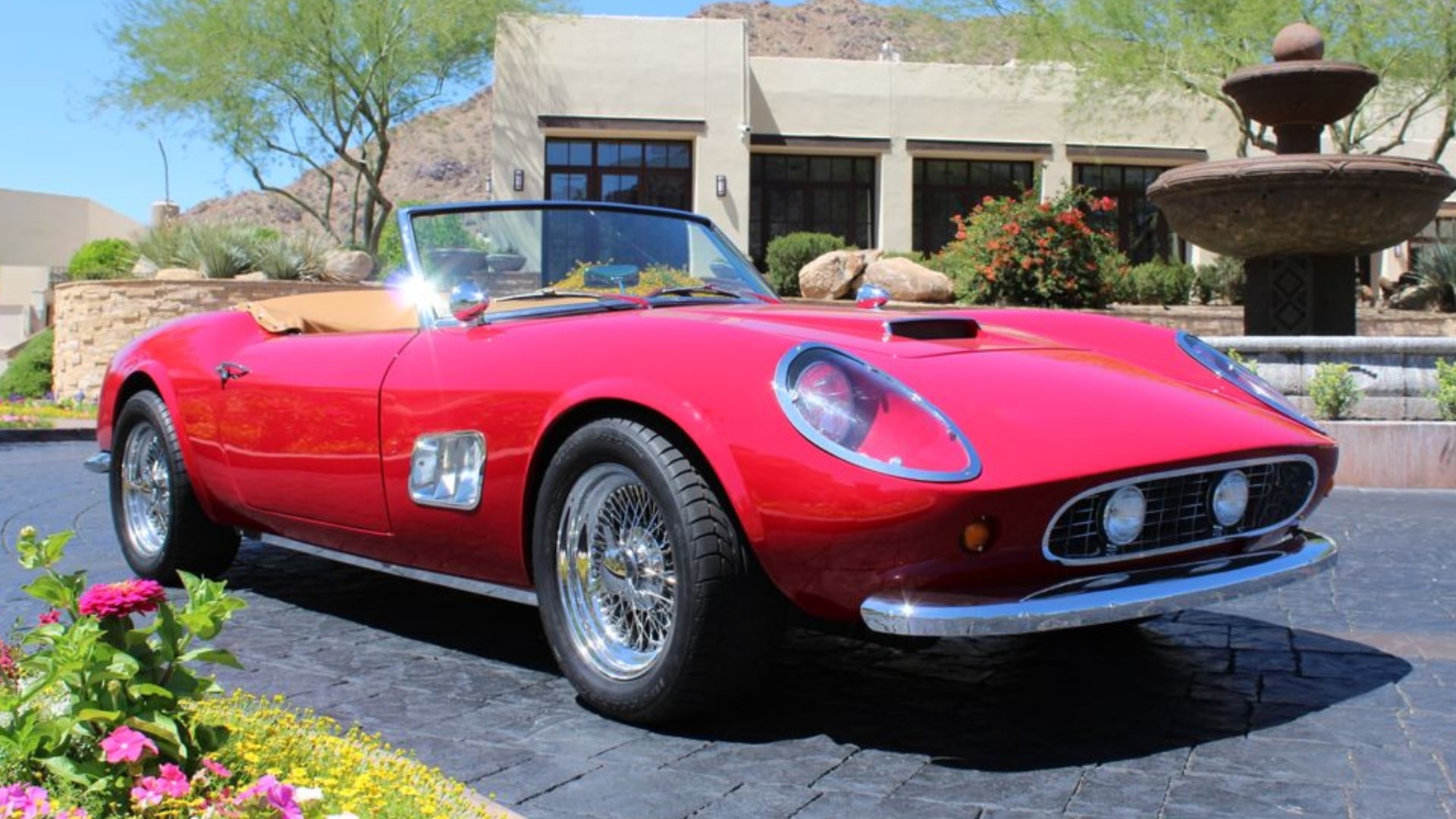 You could own one of the most famous Ferraris in the world. It might be a replica, but it’s the 250 GT replica that co-starred in the cult 1986 movie Ferris Bueller’s Day Off. The car is up for auction at Barrett-Jackson’s Scottsdale sale on January 18.

This is the first of three replicas built by Modena Design and Development for the movie. These were used for the fast driving shots in the film. For close-ups, a real 250 GT was used. 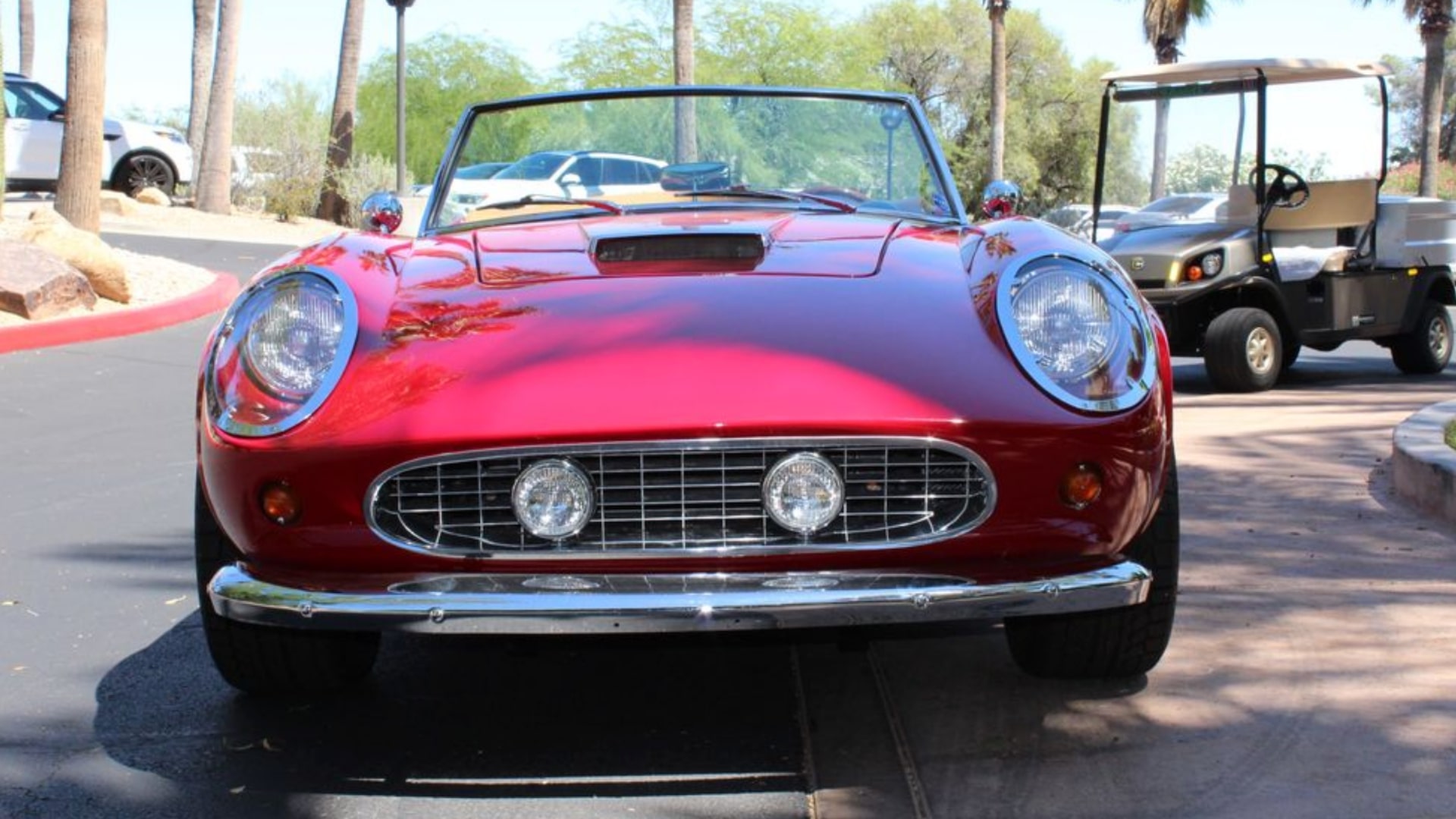 One of the cars was destroyed while filming, while the third wasn’t actually finished in time to be used. This one has just underdone a full body-off restoration back at Modena Design and Development.

It looks as almost beautiful as an original Ferrari. However, there are some aspects of Ferrari ownership that this replica can’t deliver.

Turn the key, for instance, and you won’t be met with the chatter of a classic Columbo Ferrari V12. Instead, a 7.0-litre four-barrel-carburettor V8 will burble into life. Somewhat incongruous with the delectable Italian lines, but then they’re not really Italian are they? 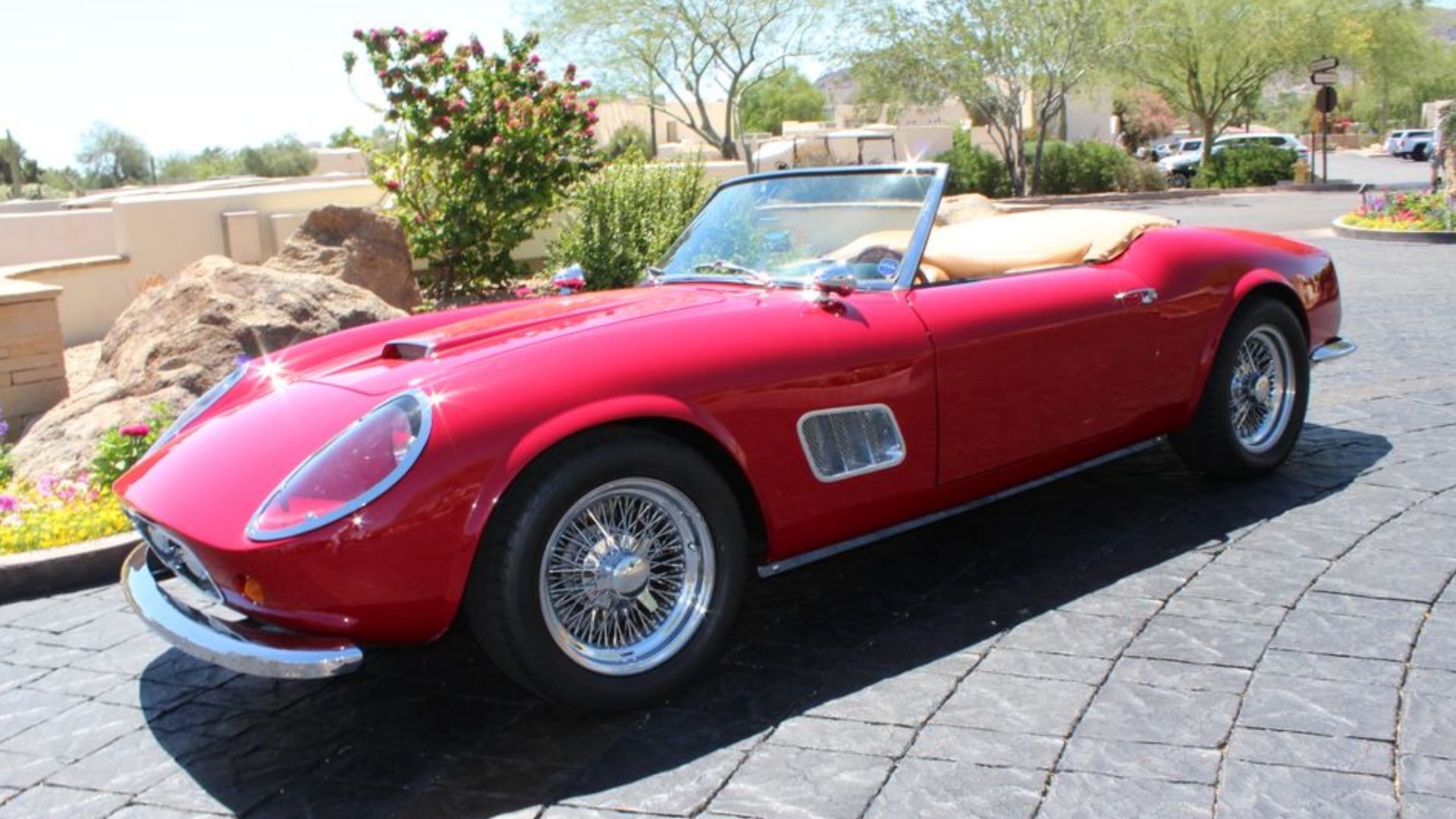 Of course, the car’s provenance as a movie star adds an appeal that no real 250 has. Well, apart from the one they used for static shots in the film.

As for what the car will sell for – it’s anyone’s guess. Real 250s approach eight figures and beyond. Replica number three, not used in the film, came up for sale two years ago and made just over £300,000.

Having had actual screen-time in the film, this one is likely to go for considerably more.