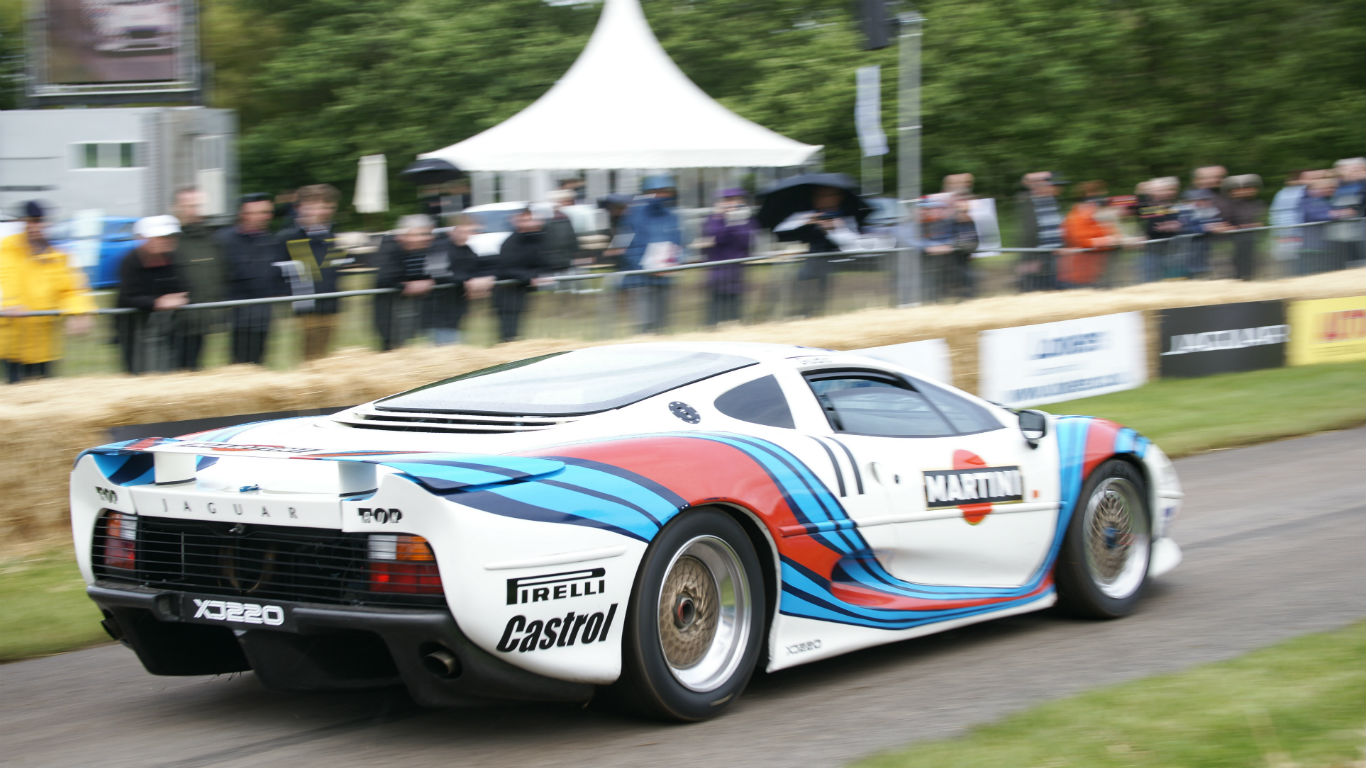 Cholmondeley Power and Speed 2016 takes place on 10-12 June at Cholmondeley Castle in Cheshire. Tickets are available from the CPOP.co.uk website.

This year, the theme is ‘Supercars Past, Present and Future’ – so what better excuse to count down the 10 fastest supercars around the Cholmondeley track since the event began in 2008? Fasten your seatbelts…

Aston Martin’s 100th birthday present to itself, this special-edition Vanquish set a lap time of 68.46 seconds in the marque’s centenary year of 2013. What a way to mark the occasion.

With a 570hp V12, the Vanquish launches to 62mph in 4.1 seconds, while carbon-ceramic brakes scrub off speed for the corners. It also looks and sounds fantastic – a real treat for the Cholmondeley crowd.

This retro-remake of the 1960s Ford GT40 was another real crowd-pleaser at Cholmondeley. It was brought along by the Ford Special Vehicle Team in 2014.

Until the GT Speed and GT3-R versions of the Continental GT arrived, the 630hp Supersports was Bentley’s fastest and most powerful production car ever.

You might not expect the big Bentley to be especially quick around a racetrack, but a 67.09-second lap time, set back in 2010, proves otherwise. It also hits a top speed of 204mph.

The Jaguar XJ220 is another supercar leviathan that confounds expectations around a racetrack. Only 271 XJ220s were made, and one set a 67.05-second lap.

It might not hold the Cholmondeley record, but the XJ220 was the first production car with more than 500hp – and fastest car in the world when launched in 1992. So it deserves a place in history.

Moving into the modern era, the Ferrari 458 Italia is widely seen as one of the best driver’s cars ever made. There has been more than one 458 at Cholmondeley over the years, but the best time of 66.59 seconds was achieved in 2012.

The 458 Italia has a howling 570hp 5.5-litre V8 and a seven-speed semi-automatic gearbox with paddle shifters behind the steering wheel. It was recently replaced by the turbocharged 488 GTB.

With 400hp to the Ferrari’s 570hp, the Porsche 911 has done well to lap the Cholmondeley track more than a second quicker. Perhaps it helped that this Carrera 4 version had four-wheel drive.

The Carrera 4S packs a 3.8-litre flat-six engine and sprints to 62mph in 4.1 seconds. However, it’s still not the fastest Porsche 911 here, as we shall discover…

The car the Japanese call ‘Godzilla’ takes fourth place in the Cholmondeley rankings. Its time of 64.99 seconds was set in 2012 by Jann Mardenborough, the first British winner of Nissan’s GT Academy.

Mardenborough’s GT-R boasted 550hp, although the latest 2017 car is even more powerful – with 570hp. Use the launch control and it will reach 60mph in just 2.7 seconds.

Here’s that other Porsche 911 we talked about. The mighty twin-turbocharged 560hp Turbo S just pipped its rival Nissan GT-R, with a lap time of 64.81 seconds.

The seventh-generation ‘991’ Turbo S can hit 62mph in 2.9 seconds – considerably quicker, it should be noted – than a McLaren F1. Still not enough to top the Cholmondeley leaderboard, though…

McLaren has five decades of F1 experience, although it didn’t launch its current range of road cars until 2011. Three years later, the 650S set a stunning 63.87-second lap time.

Interestingly, the McLaren 675LT – a modified ‘long tail’ version of the 650S – has recently set the fastest time ever around the Top Gear test track. This car has slightly less power, but will still reach 207mph…

Holding the TWO fastest Cholmondeley lap times is no mean feat for the Lamborghini Gallardo LP570-4. The four-wheel-drive Italian supercar really is as fast as it looks.

In 2011, the Gallardo Spyder Performante set a time of 63.54 seconds. Two years later, the lightweight Superleggera version went nearly a second quicker. Will anything beat the Lamborghini in 2016?