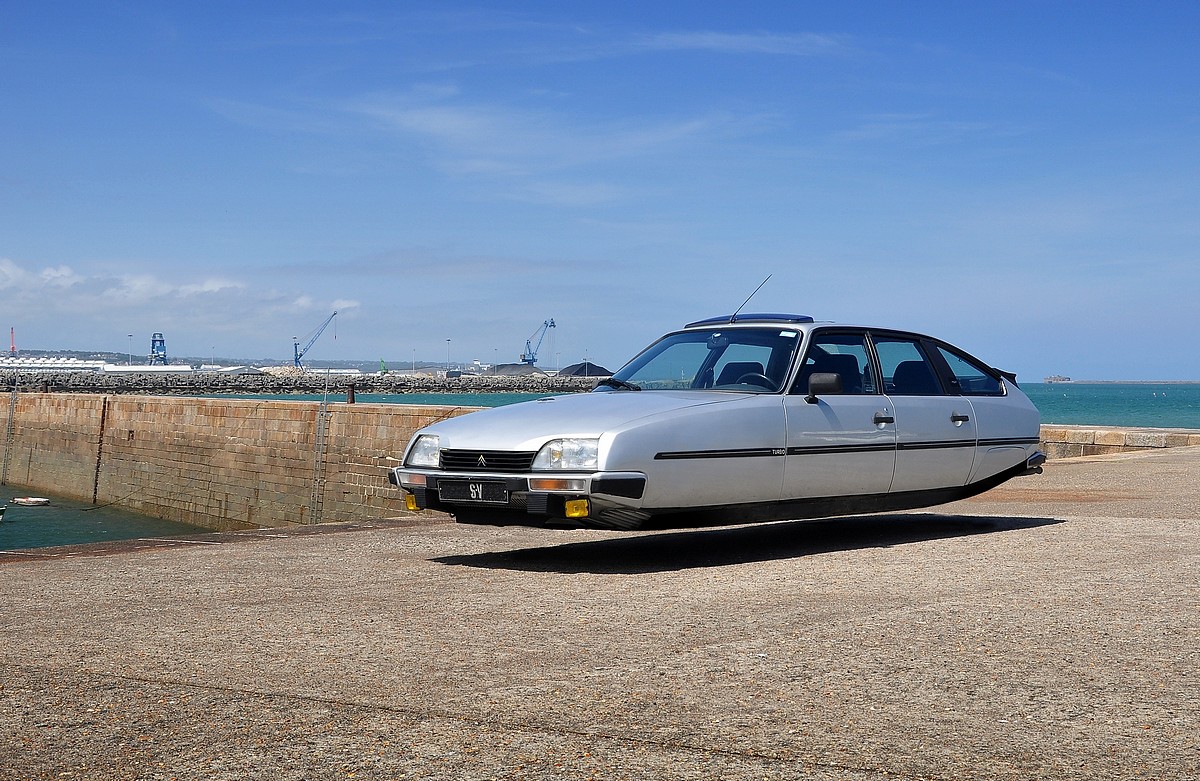 French artist Sylvain Viau has a different take on cars to most, perhaps because of the ‘flying carpet’ suspension on his 1984 Citroen CX GTi Turbo. Its unique self-levelling hydraulic set-up eliminates springs and traditional dampers, creating a ride smooth enough to be almost magical.

That feeling inspired the 41-year-old to experiment with the car photos taken with his Nikon camera. Using free software called The Gimp, he manipulated the image of his CX, erasing the tyres and smoothing the bodywork until it matched the picture in his mind.

The finished image of the French classic floating above the docks of Les Flamands, near Cherbourg, inspired him to create more. He shot the four other cars in his personal collection: two more Citroens, a Porsche 911 and a BMW M3. 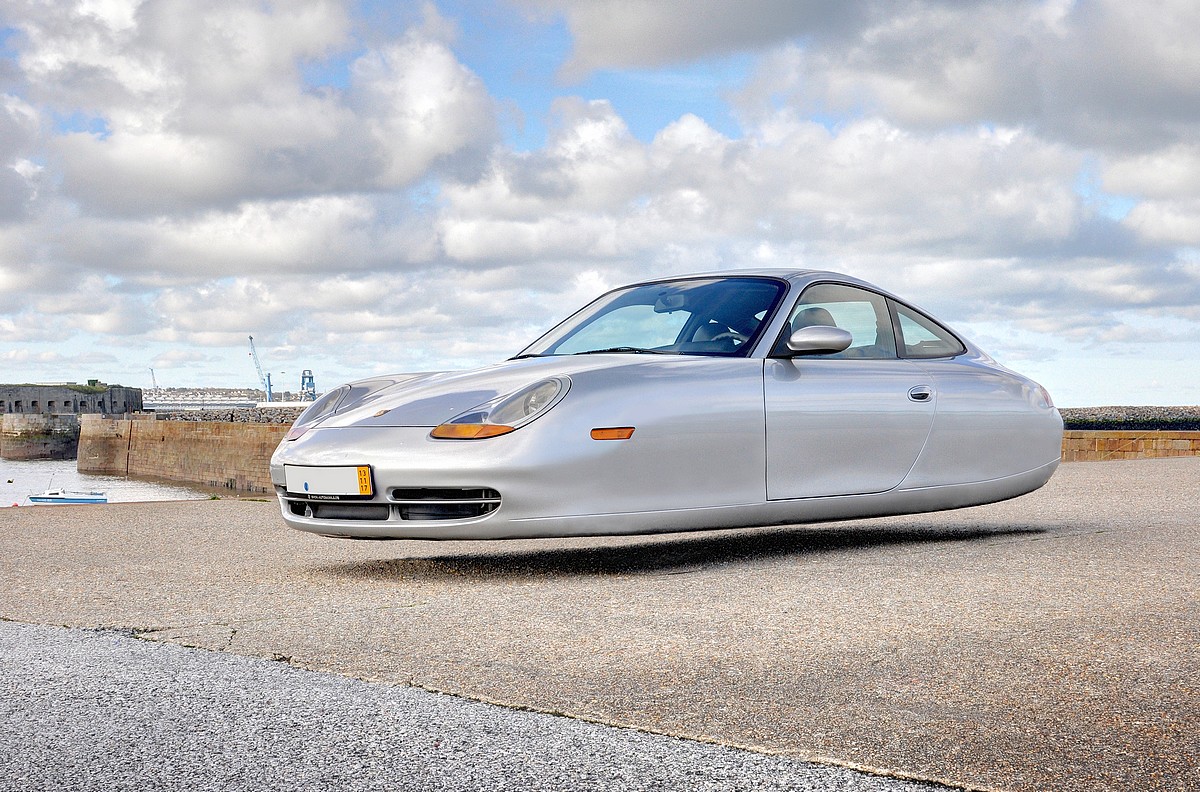 Out of easily obtainable raw material to photograph, he then began borrowing friends’ cars and creating images of them. Eventually, word spread and he was asked to exhibit his Flying Cars at a gallery in Toulouse. More shows followed.

The series continues to grow. While most of the vehicles are shot in Normandy, Viau says more cars are to come from Quebec and Spain. Within strict guidelines, he may also be able to create images for customers.

Viau continues to live and work in Normandy, and has begun work on a second series: levitating islands. He is also currently restoring a 1934 Chenard et Walcker. We look forward to seeing it fly, too.