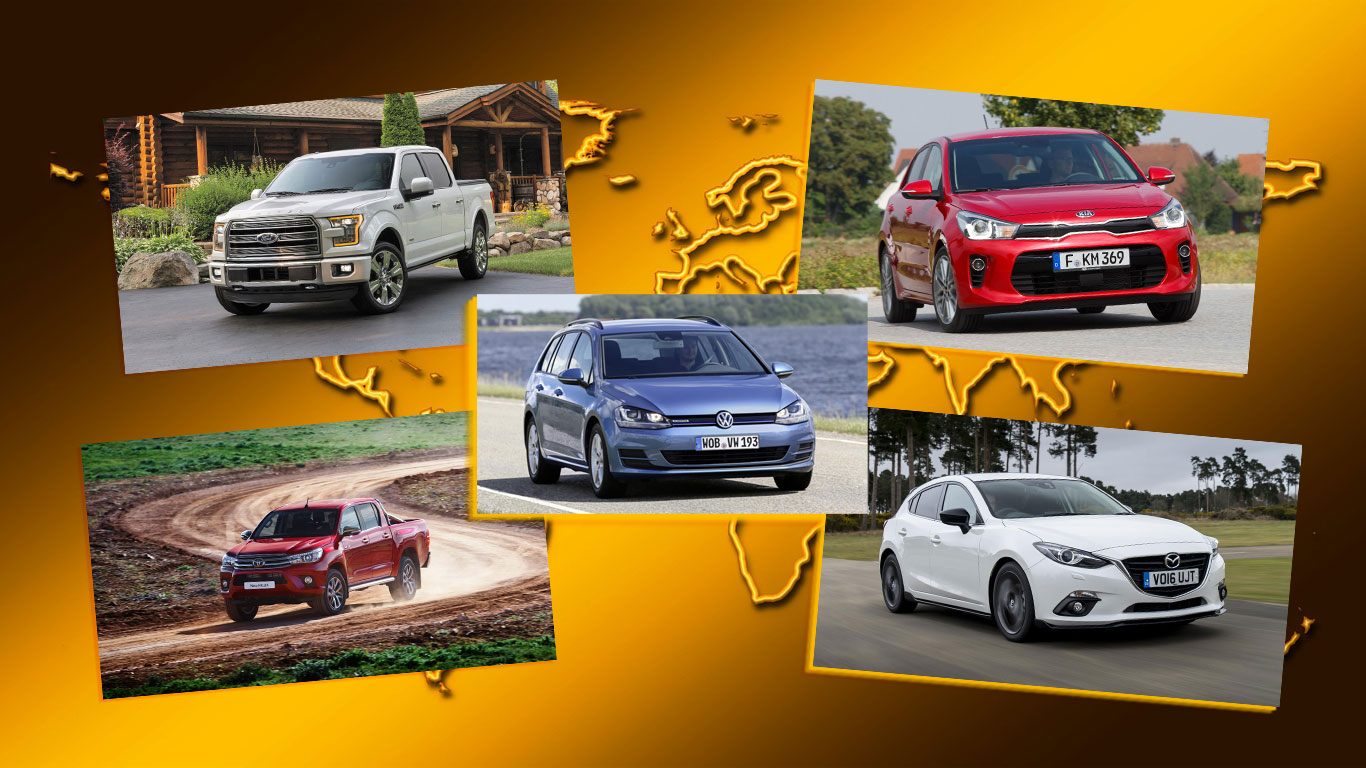 The Ford Fiesta has been the best-selling car in the UK for what seems like an eternity, but what about the cars doing the business in other countries? Thanks to data sourced from the Best Selling Car Blog, let us take you on a whistle-stop tour of the world as we discover the most popular cars of September 2016.

Big country, big pick-up, massive numbers. In September, Ford shifted nearly 68,000 units of its mighty F-Series pick-up, a full 20,000 more than its nearest rival. The running total: close to 600,000 units in 2016 alone. There’s no stopping this thing, in more ways than one.

No surprise to see the Volkswagen Golf sitting at the top of the tree in Germany, but the big news is that, compared to the same period last year, registrations are down 17%. Something for Volkswagen to ponder, although it does build four out of the top five sellers in Germany. 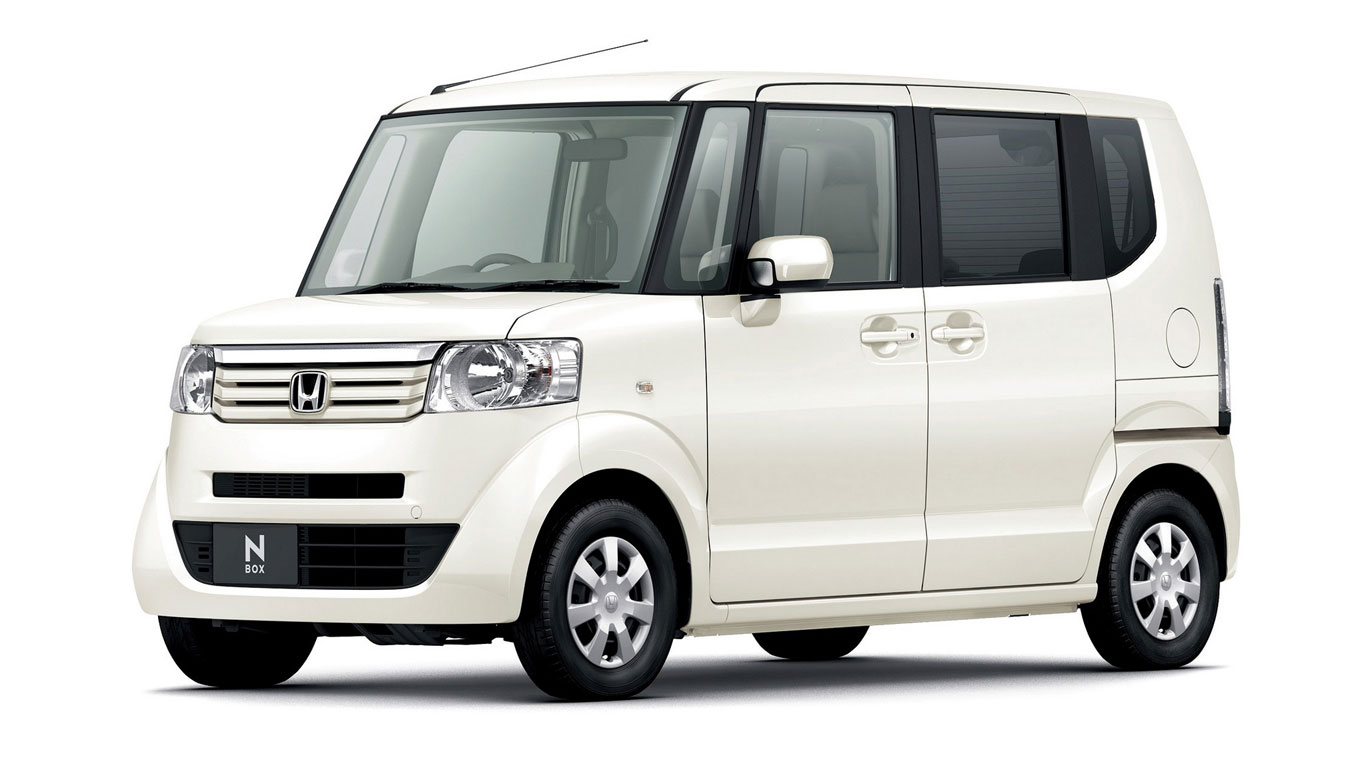 Meanwhile, here in Blighty, the Ford Fiesta remains the best-selling car, with 19,769 registrations in September. If only everything in life was as predictable as the Ford Fiesta being at the top.

September was a record-breaking month for the Ford F-Series – the fourth time in 2016 it has broken its own record. An increase of 21% puts it miles ahead of the cars in second and third place – the Ram pick-up and Honda Civic. 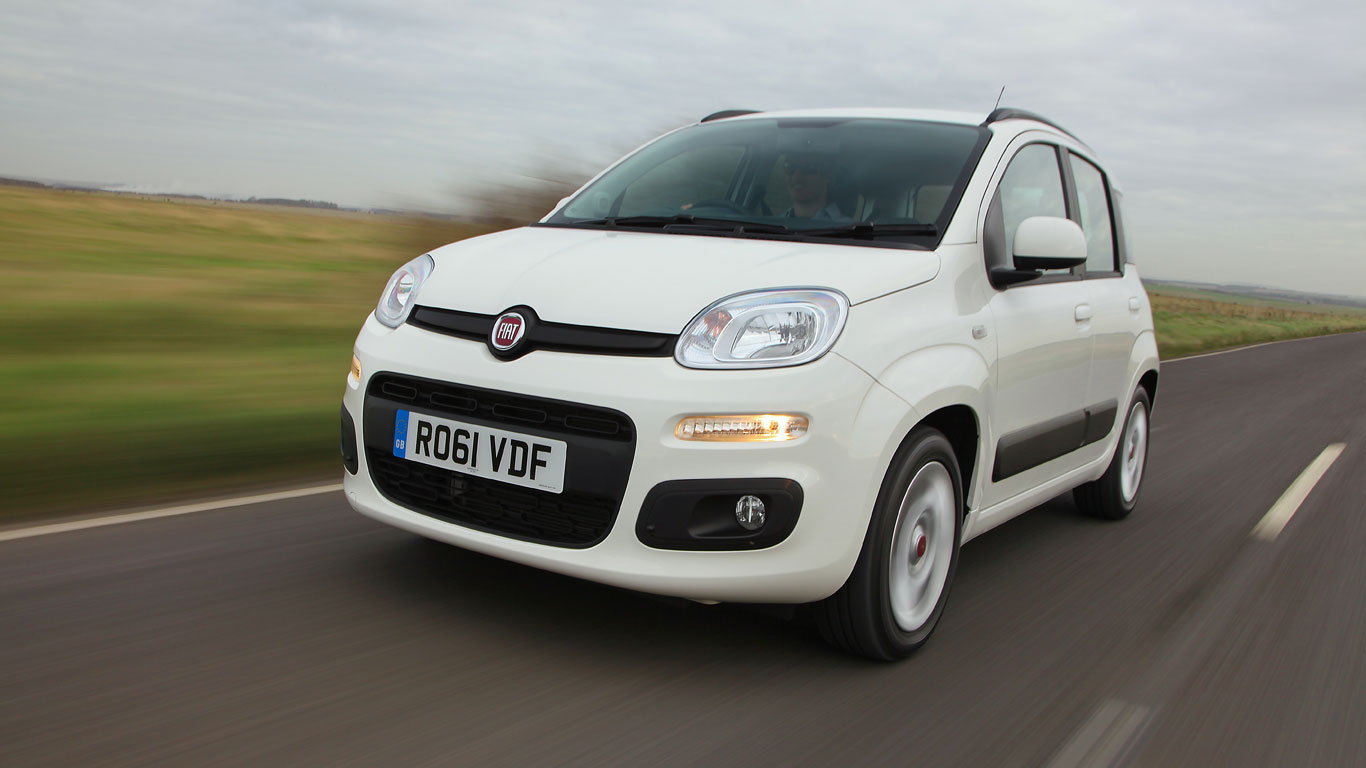 There’s something deeply satisfying about the fact that the Fiat Panda is the most popular car in Italy. That said, sales are down 7.9% compared with the same period last year – the only car in the top ten to experience a drop.

All but one of the cars in the top ten are French, with the Renault Clio finishing September just ahead of its closest rival, the Peugeot 208. Meanwhile, Citroen sales are down across the board, so it will be hoping the new C3 supermini makes an immediate impact when it hits the streets.

Here’s a name you might not be familiar with: the Toyota Calya. It’s built by Astra Daihatsu in Indonesia and is essentially a rebadged Daihatsu Sigra compact MPV. 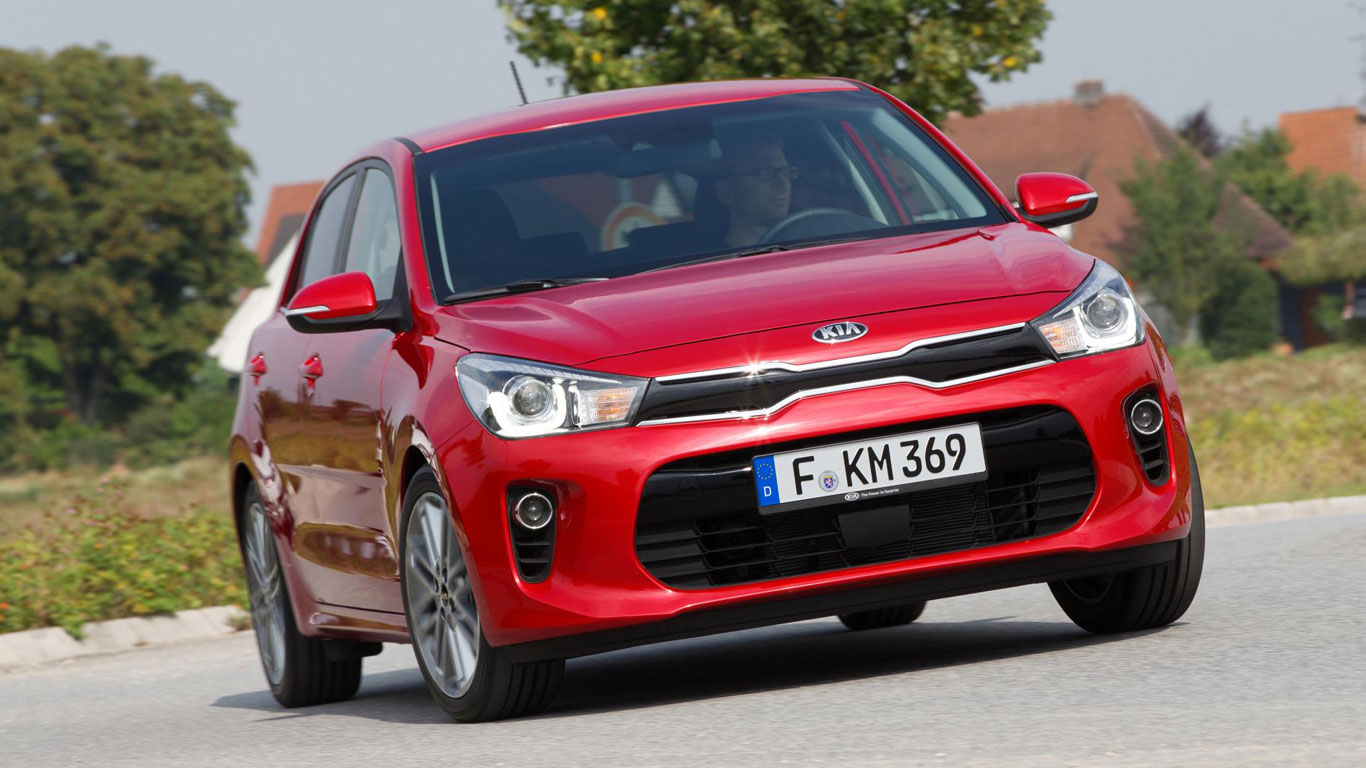 The Lada Granta has to make do with second place, as the Kia Rio saloon maintains its position as the most popular car in Russia. A new version (pictured) was unveiled at the 2016 Paris Motor Show.

It’s been a while since the Hyundai Santa Fe topped the sales charts in South Korea – July 2015, to be precise – but it climbs to the top despite falling sales. That’s because new car sales in South Korea are down 14% year-on-year, meaning the Santa Fe’s modest 2% fall in sales was less severe than many cars in the top ten.

It was only a matter of time before the Toyota Corolla got a mention. It remains the dominant car in Pakistan, despite a 181% increase in sales for the Honda Civic. The Civic was the only car in the top seven to record an increase in September. 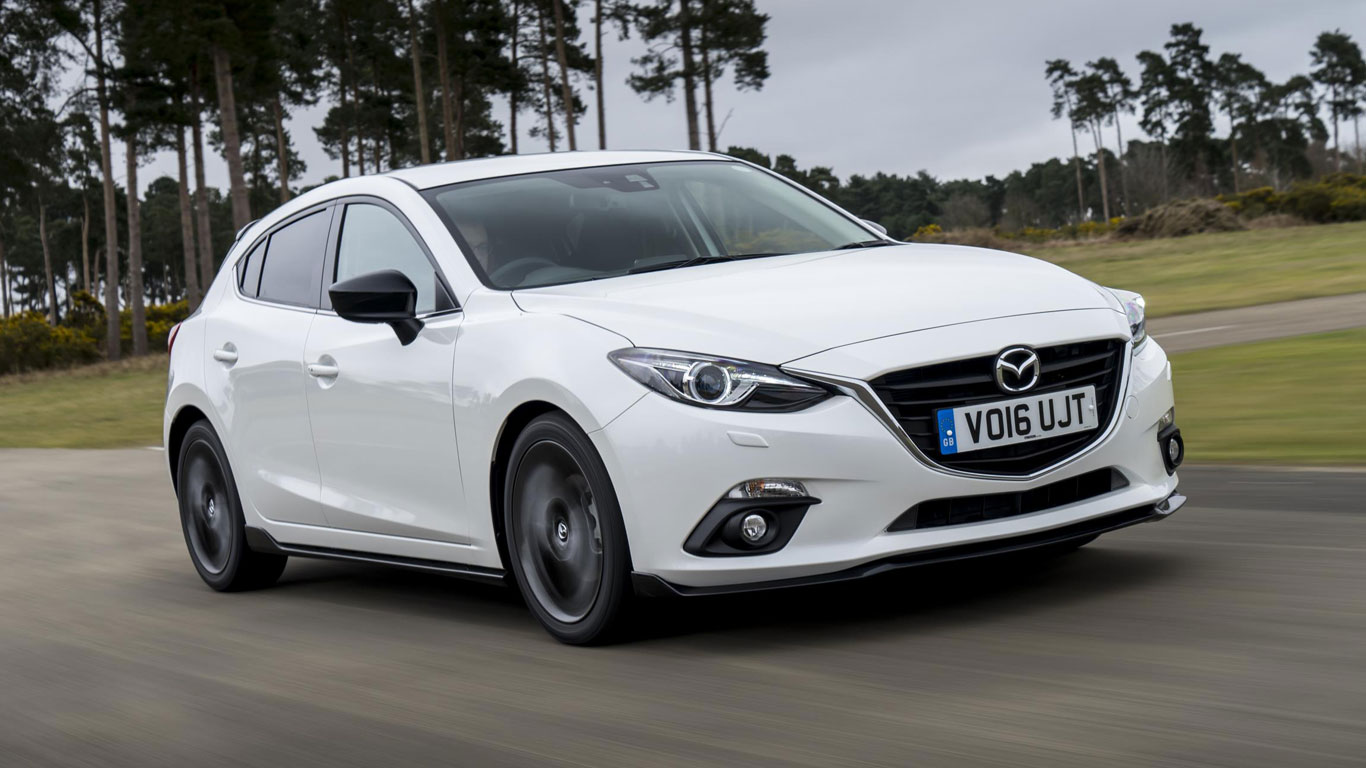 Variety is the spice of life, and as we head ‘down under’ we find the Mazda 3 has returned to the top of the tree for the first time since January. It’s an incredibly tight top ten, with just 1,302 units separating the Mazda 3 in first and the Hyundai Accent in tenth.

The Toyota Hilux is incredibly popular in South America and Africa, as highlighted by its peak position in Argentina. It climbs above the Brazilian-built Volkswagen Gol to grab top spot.

Overall sales are on the decline in South Africa, with registrations down 14% year-on-year. The Best Selling Car Blog reports new car prices have soared 18% compared to the same period last year, prompting many consumers to consider used alternatives. Meanwhile, the Toyota Hilux remains the best-seller. 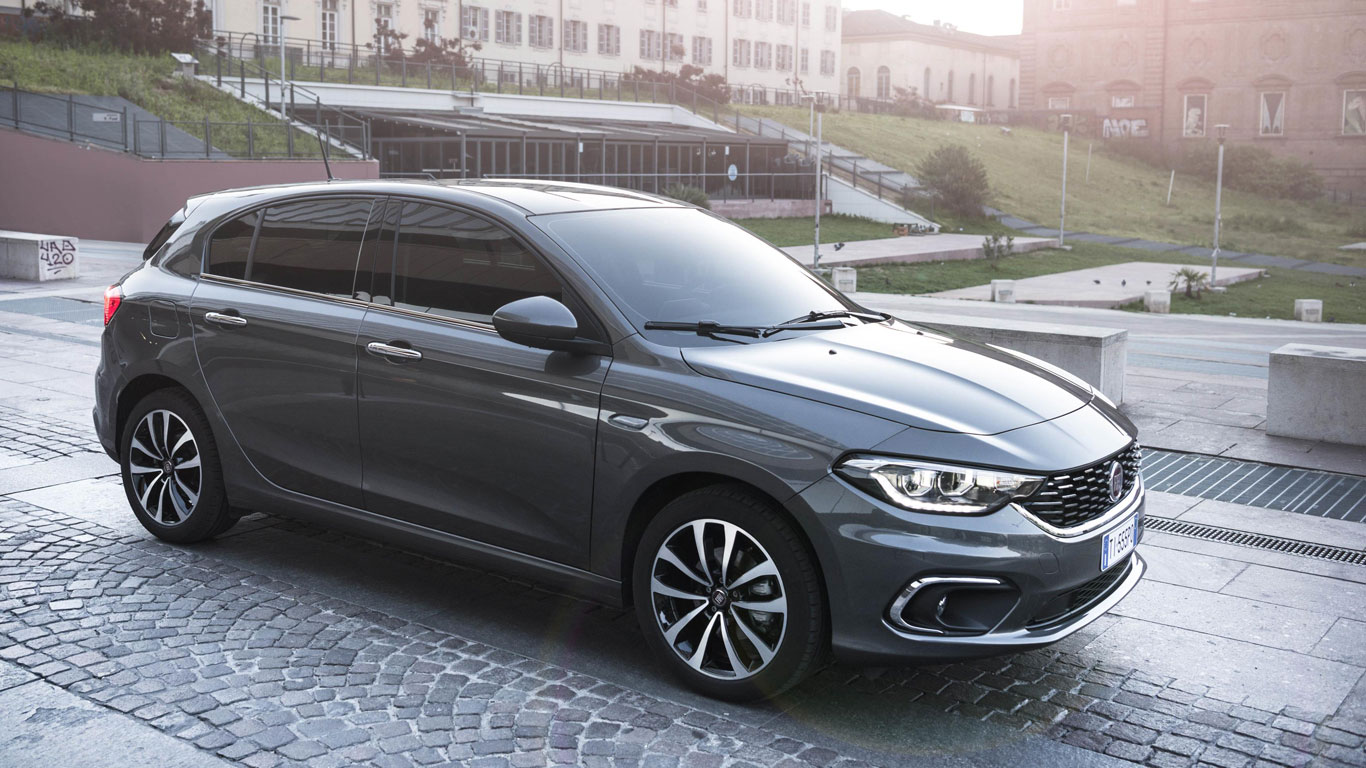 The new Fiat Tipo is built in Turkey, where it wears the Egea badge. Overall, the Turkish new car market is up 6% year-on-year.

This will never do: not only has the SEAT Leon been knocked off its perch by the Renault Clio, it has also been overtaken by the Volkswagen Polo. The Leon was the best-selling car in Spain in 2015, with the Ibiza finishing second.

In the same way that SEAT should be number one in Spain, you’d expect Skoda to be the number one brand in the Czech Republic. So it won’t surprise you to discover the Octavia, Fabia, Rapid and Superb take the first four places. 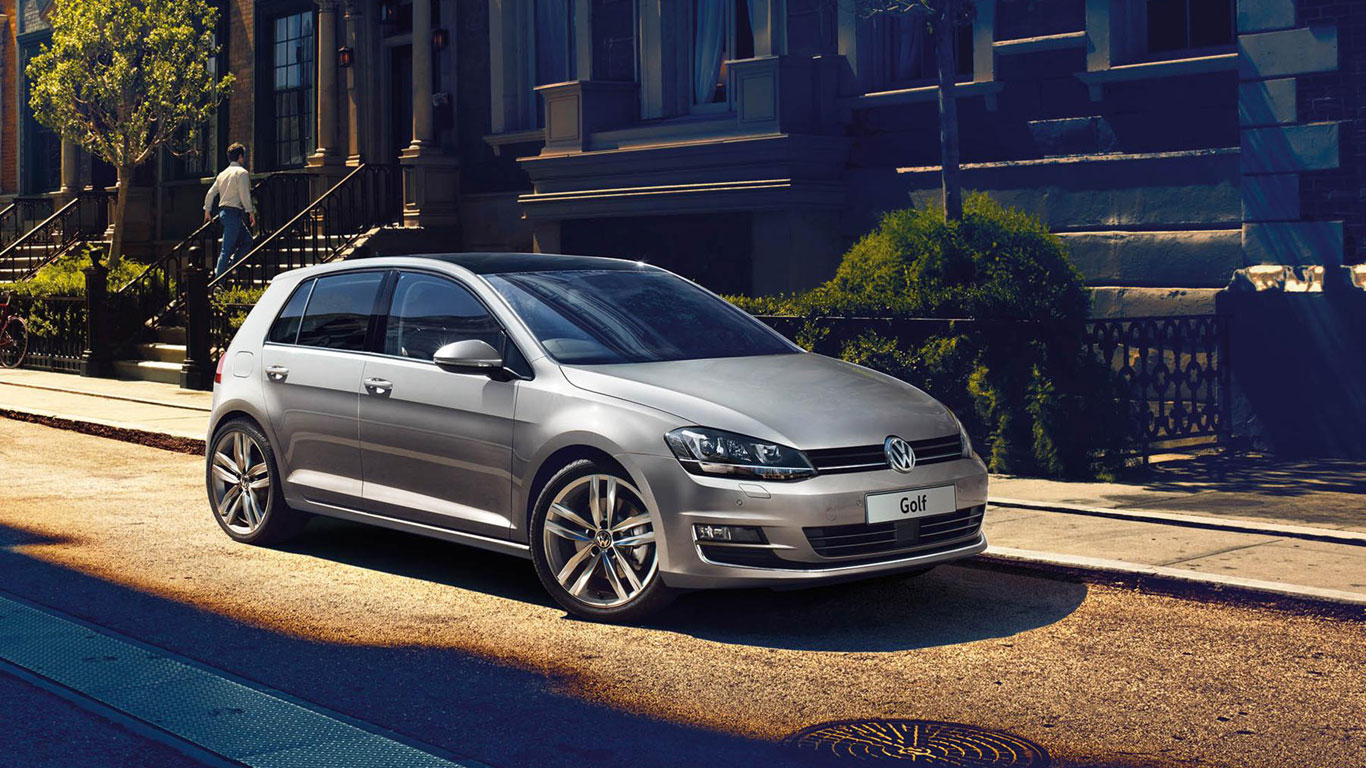 Volvo is the top brand in Sweden (as it should be), but the Volkswagen Golf is the best-selling car. At the opposite end of the table, Lamborghini, Aston Martin and Lotus sold one car each.

The Renault Sandero – aka the Dacia Sandero in the UK – is the number one car in Colombia, edging above the Chevrolet Sail and Chevrolet Spark.

You’ll know the Kia Morning as the Kia Picanto. In Vietnam, the highest-spec model is known as the Top-of-the Morning. Probably. 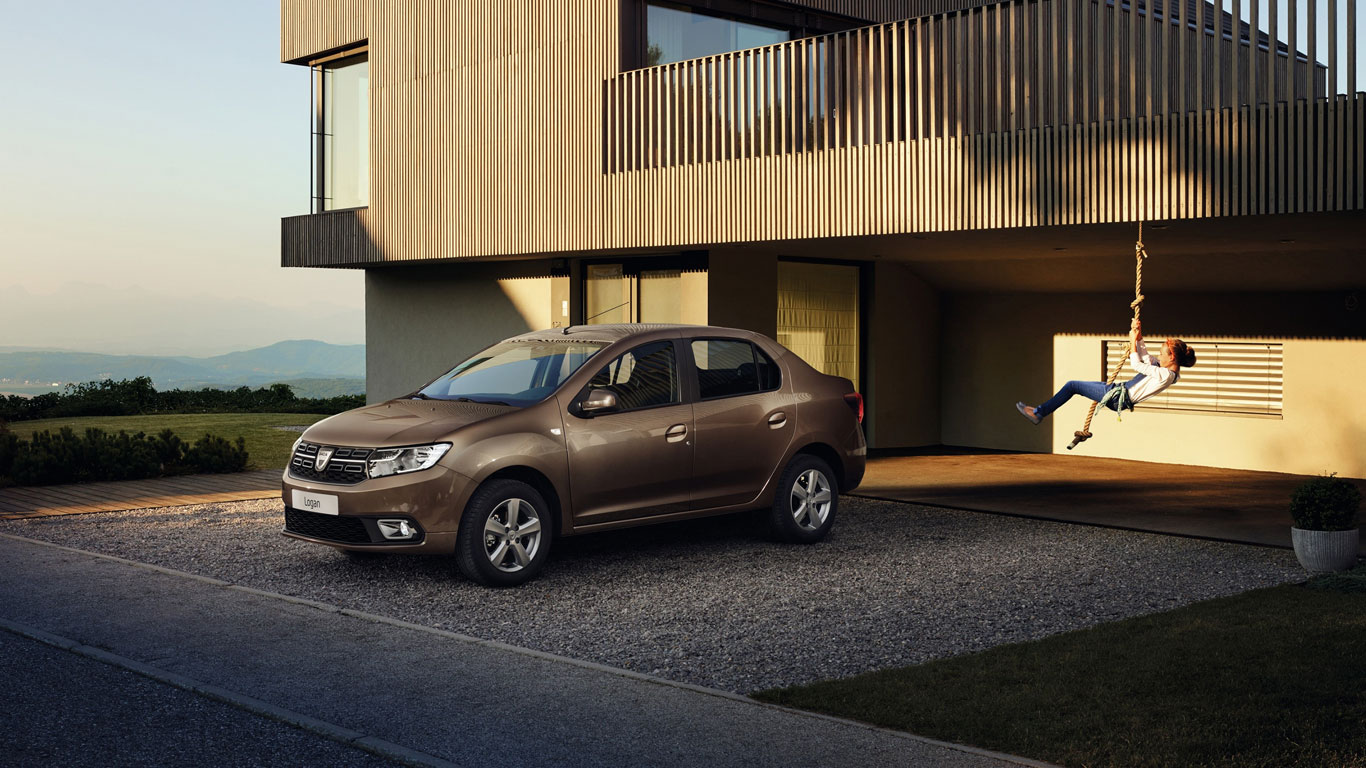 The figures might be small, but the rate of growth is astonishing. The Best Selling Cars Blog is reporting a 69% increase in August, followed by a 62% in September. The Dacia Logan is number one with 1,456 registrations, followed by the Duster with 404.

The Polish new car market is buoyant and the Skoda Octavia has taken full advantage. September registrations were up 54% compared to September 2015, with overall sales up 17.2% year-on-year.

Opel scored a one-two-three in the Netherlands, with the Corsa edging ahead of the Astra by 10 units. But while Opel blossoms, the rest of the new car market stutters, with the Best Selling Car Blog reporting a 4% fall in registrations.

The Volkswagen Golf, so long the dominant force in Switzerland, has slipped to third place, with the Skoda Octavia the first to capitalise on its poor performance. Meanwhile, the all-new Volkswagen Tiguan has risen to number two.

The Volkswagen Golf might be number one in Norway, but the headline act is the Tesla Model X. The new electric SUV is mimicking the success of the Model by storming the sales charts with 601 registrations in September.

We’re not talking big numbers in Denmark, but it’s the Peugeot 208 that drives home with the bacon. Registrations are up 31% compared to the same period in 2015. 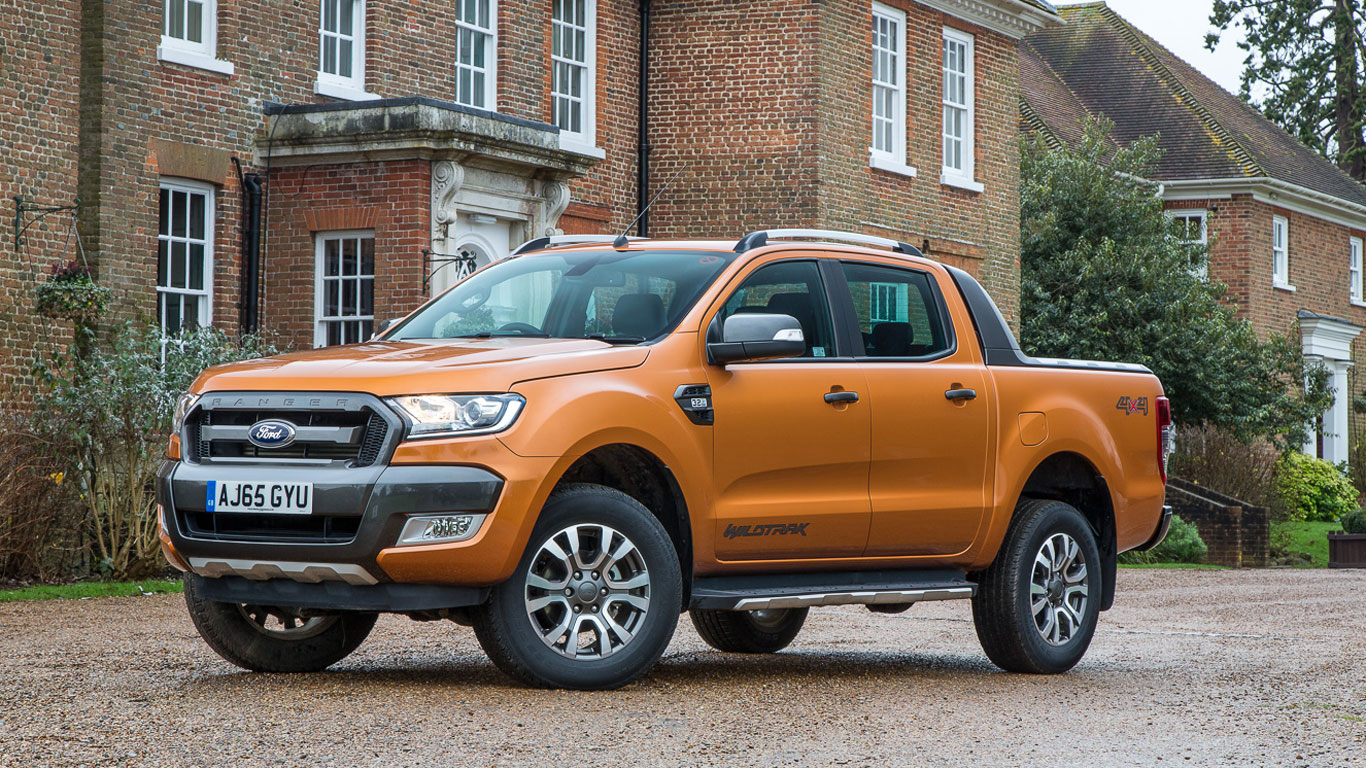 Further proof that the pick-up is top dog in the Southern Hemisphere, with the Ford Ranger sitting pretty in New Zealand. The Best Selling Car Blog is reporting “the highest ever September score and second highest monthly score in the history of the automobile”. The new car business is booming in NZ.

The Suzuki Vitara is built at the Magyar Suzuki plant in Hungary, so it’s only right that it should be a big-seller in its homeland. Indeed, Suzuki accounts for four of the five best-sellers in Hungary, with the Skoda Octavia gatecrashing the party at number two.

Not great figures in Greece, although Opel will be delighted to see the Corsa making a return to the top spot. Some perspective: in September, Bentley registered more cars in the UK than the total new car sales in Greece… 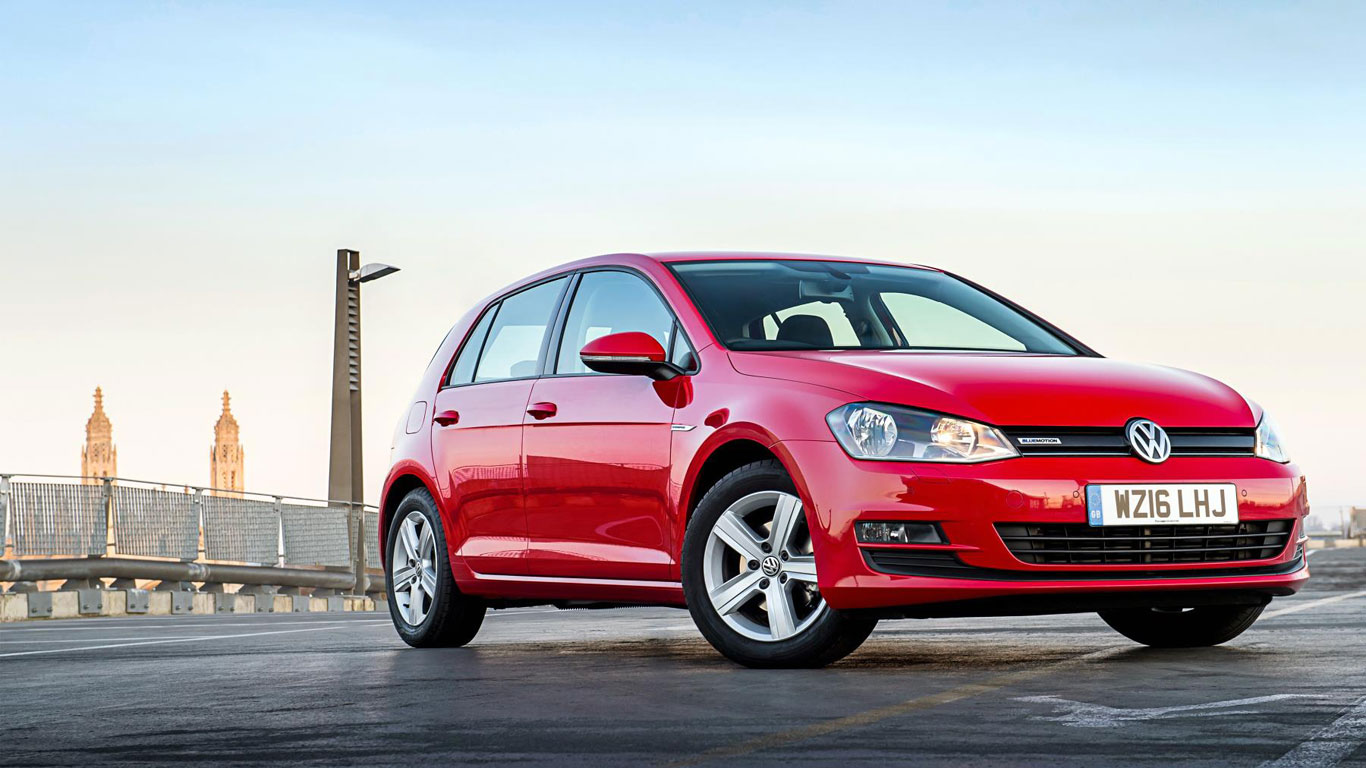 Meanwhile, in Ireland, it’s a one-two-three for Volkswagen, with the Golf, Passat and Tiguan claiming the podium positions. 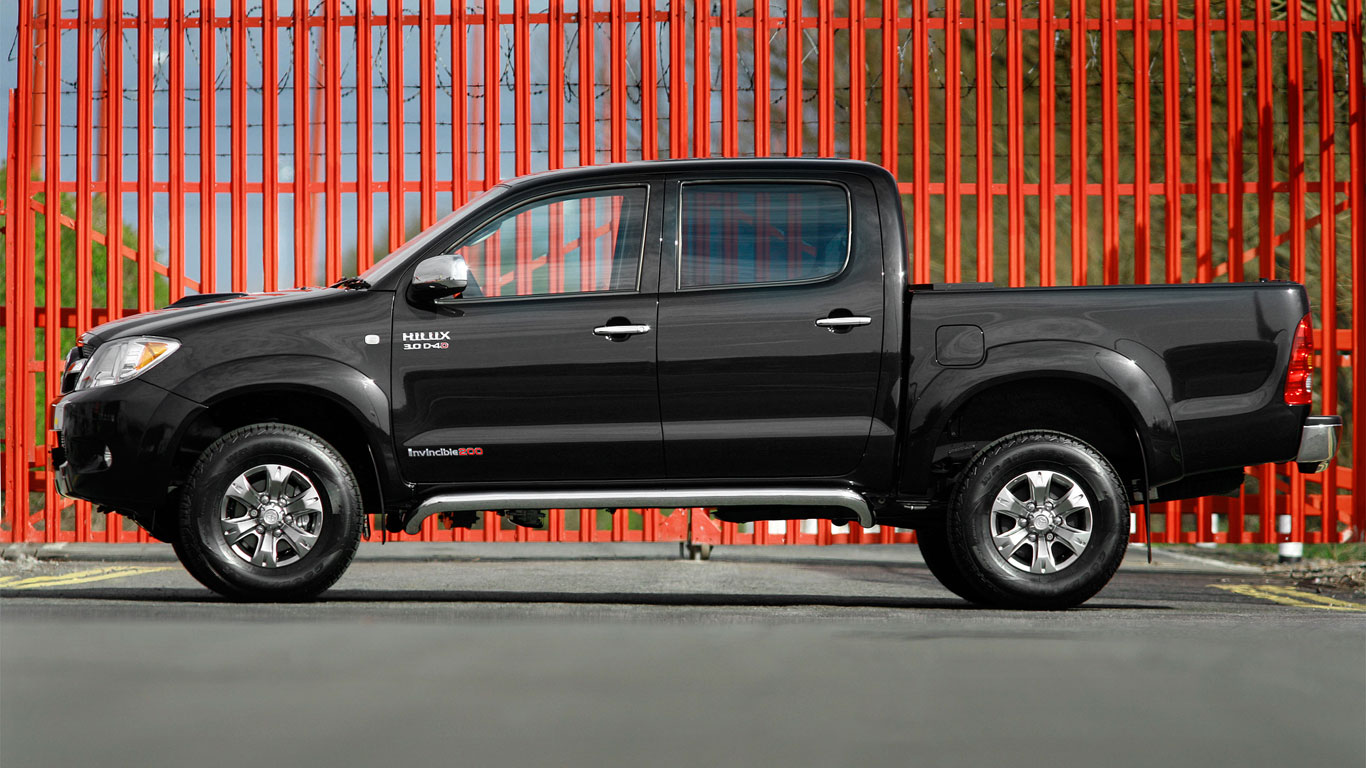 We conclude our whistle-stop tour of selected nations in Venezuela, where the previous generation Toyota Hilux is the most popular vehicle. The new car sales chart – for what it is – is dominated by light commercial vehicles, along with an appearance from the brilliantly-named Mack Granite. Five Granites were registered in September – strong stuff.