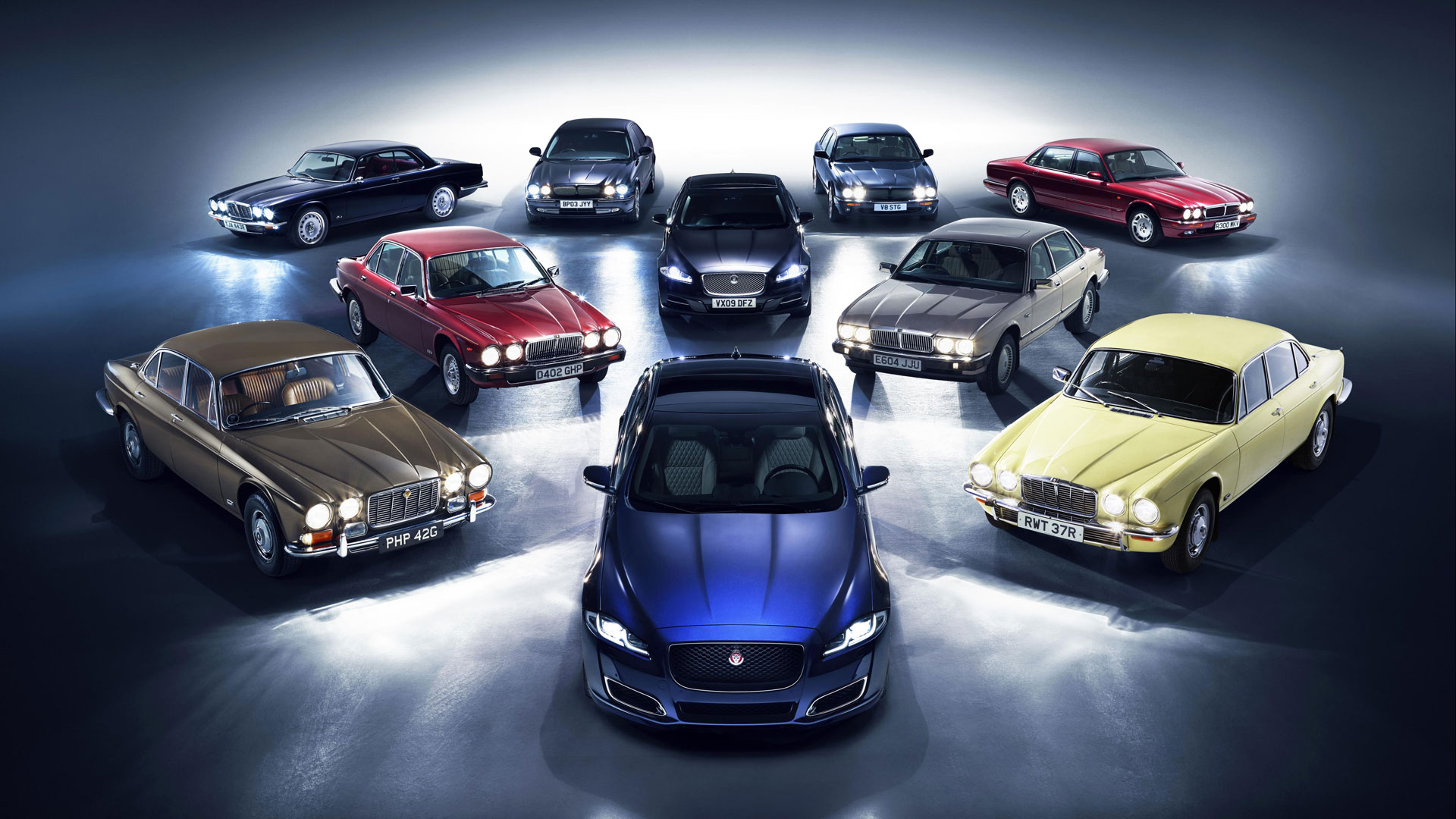 Jaguar Land Rover has announced plans to build a range of electrified cars at its Castle Bromwich plant in Birmingham. An all-new electric Jaguar XJ will be the first to roll out of the plant, which provides us with the perfect excuse to check out the history of the firm’s flagship saloon. 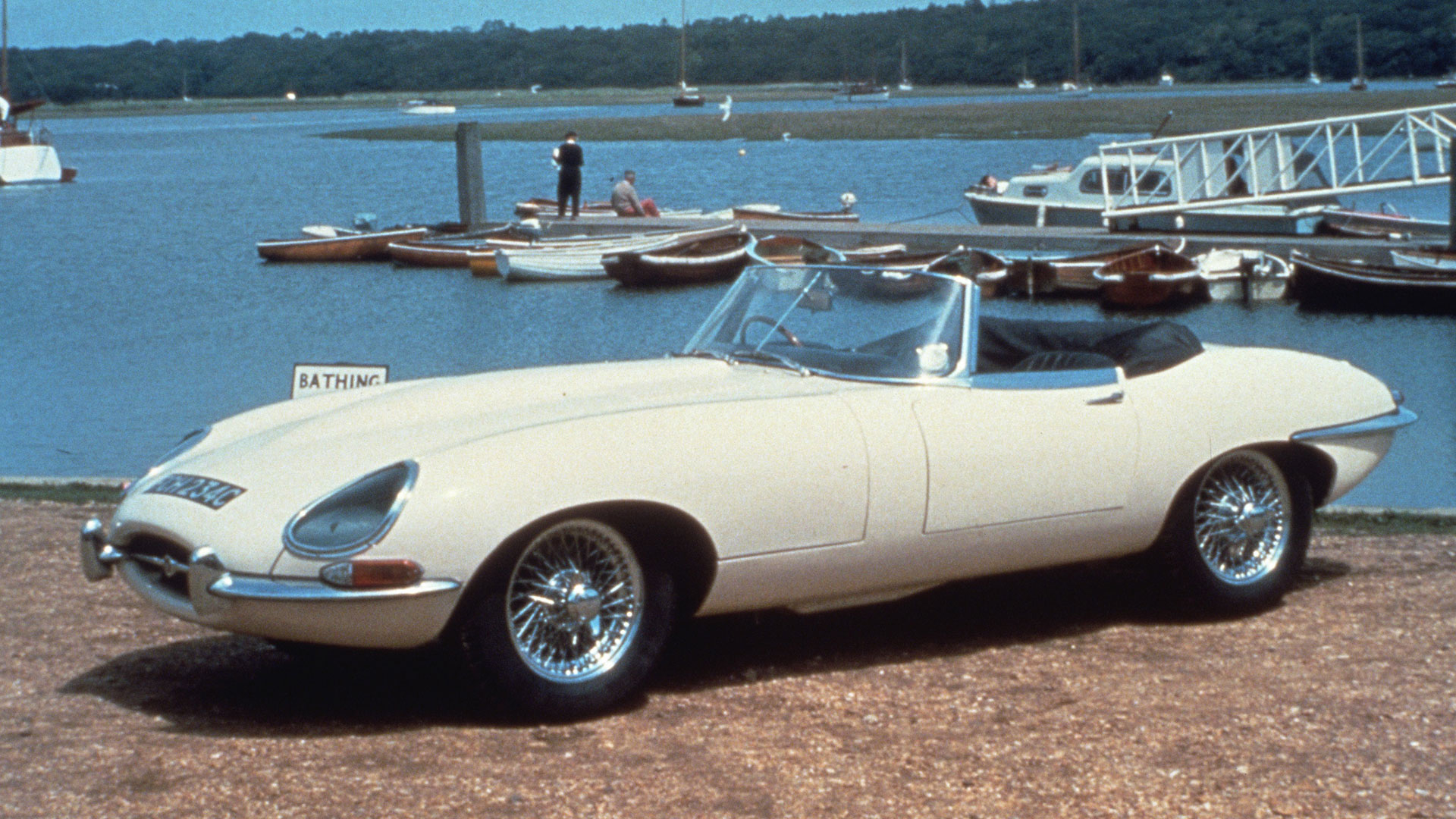 Our story starts with the E-Type, arguably Jaguar’s most famous car. Launched in 1961, the E-Type’s film-star good looks and race-car pace made Jaguar a household name, but it wasn’t enough to thrust the company into the automotive big league. By the middle of the 1960s, Jaguar was producing around 300,000 cars a year, making it a relatively small company in automotive terms. 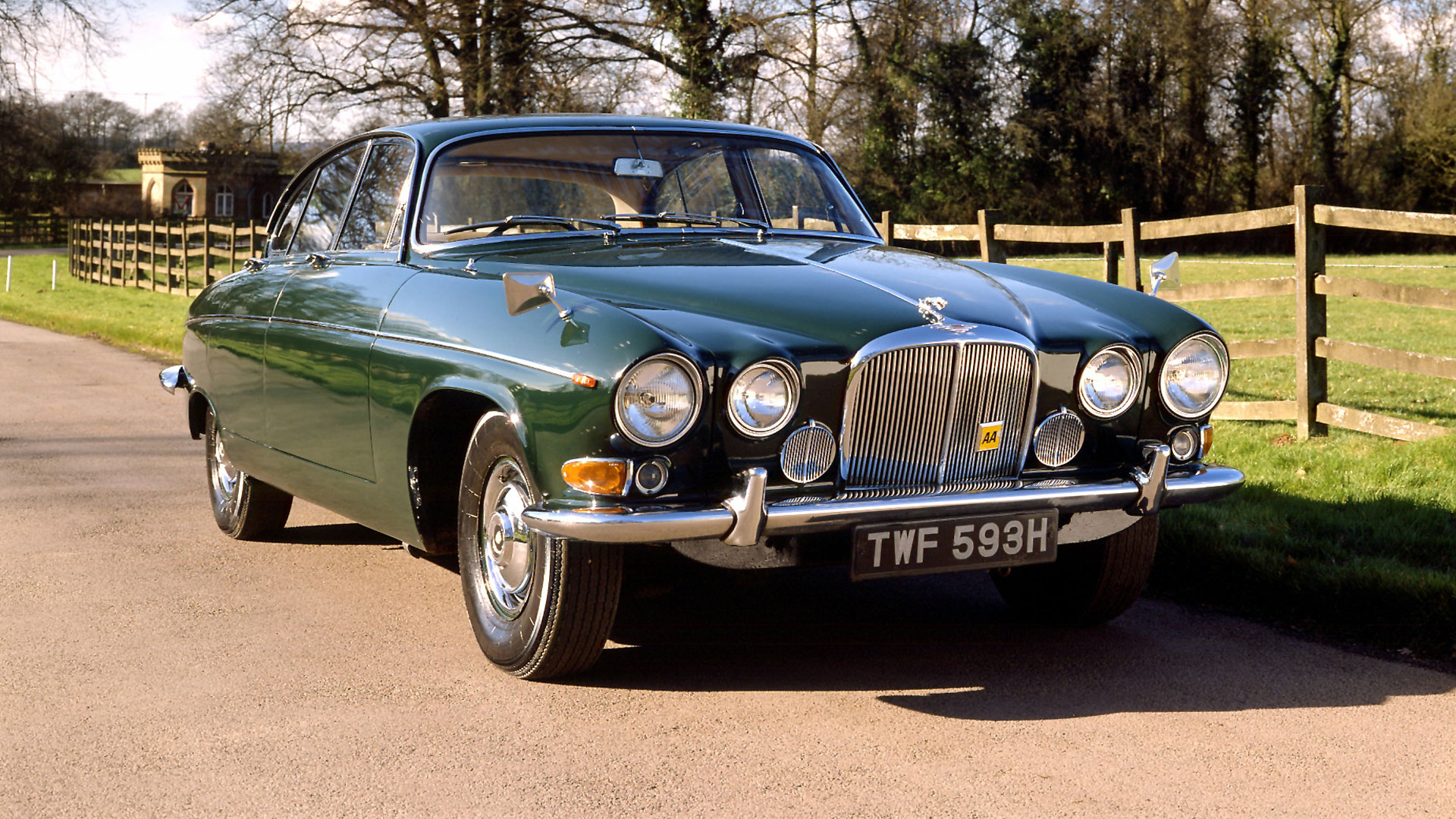 Jaguar was also suffering from an ageing product range and was in danger of falling behind Rover and Triumph in the battle for deluxe Britannia supremacy. The 240, 340 and 420 were pleasant enough, but based on a car as old as England’s mountain green, while the MkX (later the 420G) was as large as a dark satanic mill. American buyers loved the E-Type (XK-E), but were less fond of Jag’s saloons. The company needed a four-seat/four-door E-Type… 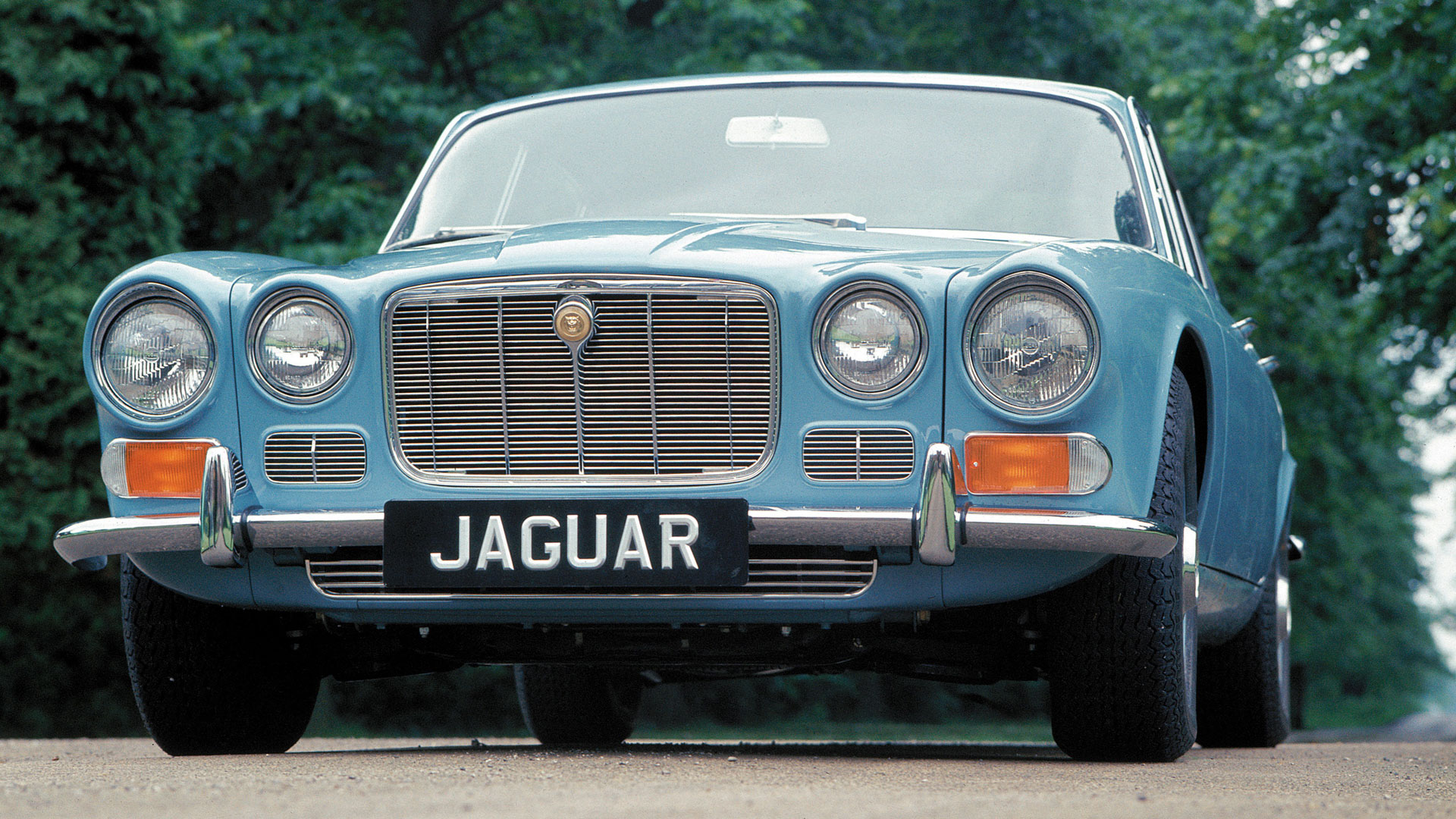 Jaguar started working on a ‘stretched’ E-Type in 1961, but by 1963/64, Project XJ4 had evolved into something approaching a production XJ. Sir William Lyons decreed that the saloon should have the beauty and the handling characteristics of the E-Type, along with an ability to challenge any rival car in the world. To this end, the company ploughed £6 million into its development.

It was a revelation. While the XK120 and E-Type might grab the populist headlines for their sporty and glamorous characteristics, the XJ was a car accomplished enough to claim the title of ‘best car in the world’. Low-profile tyres developed by Dunlop, face-level ventilation, rack-and-pinion steering, semi-bucket seats and advanced suspension are just some of the XJ’s key features. The huge demand – and production hit by industrial action – resulted in long waiting lists, forcing Jaguar to run double-page press ads thanking customers for their patience. 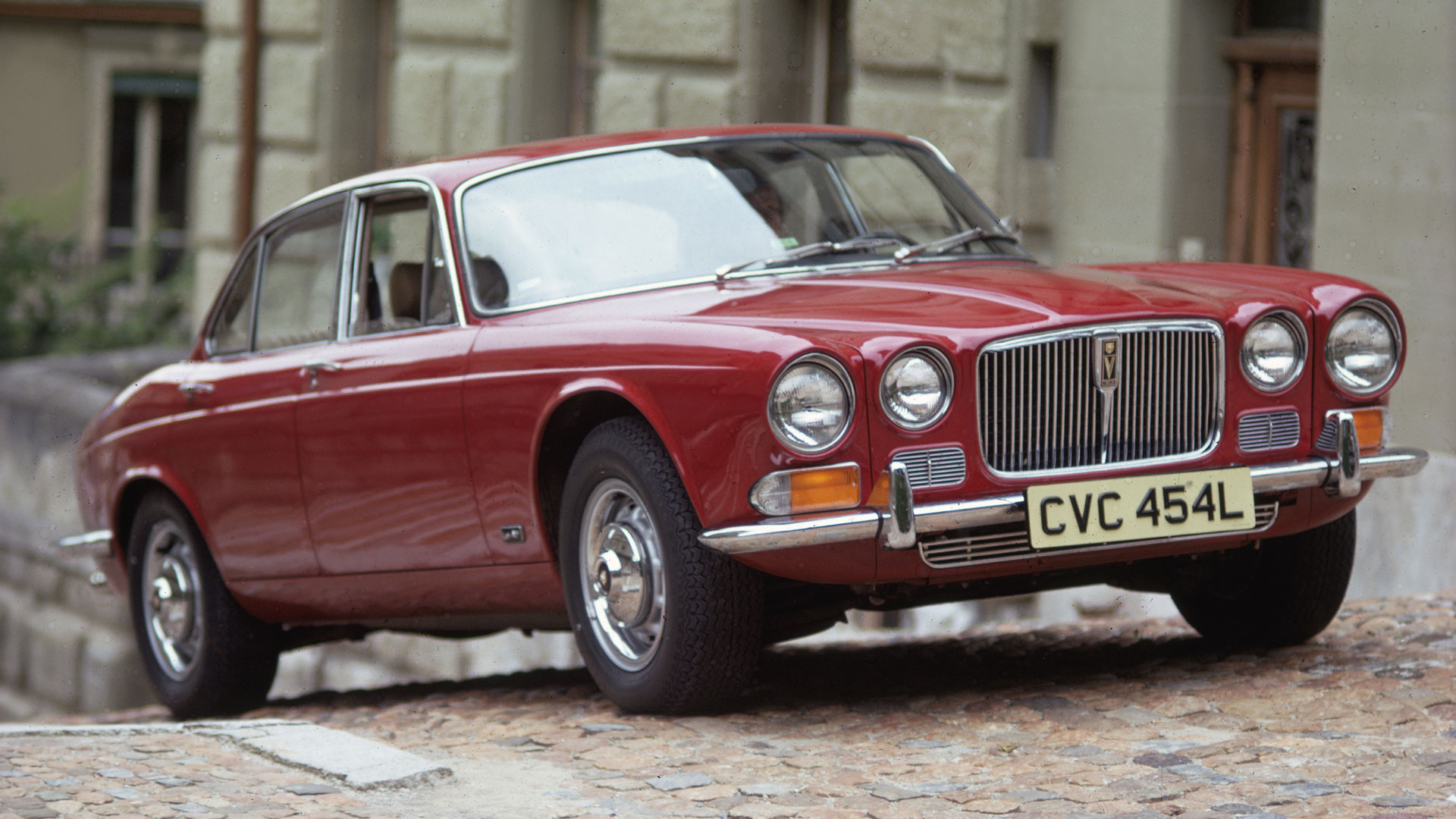 The XJ was a decade, maybe even 20 years, ahead of its time. Gone was the bonnet ‘leaper’, which felt like a defining moment in the history of the company, with older models axed to free up production space. But while the 2.8-litre and 4.2-litre versions were good, the V12 was in a different league. Introduced for the 1972 model year, the XJ12 was the world’s fastest four-seat/four-door saloon and the only mass-produced V12 car. 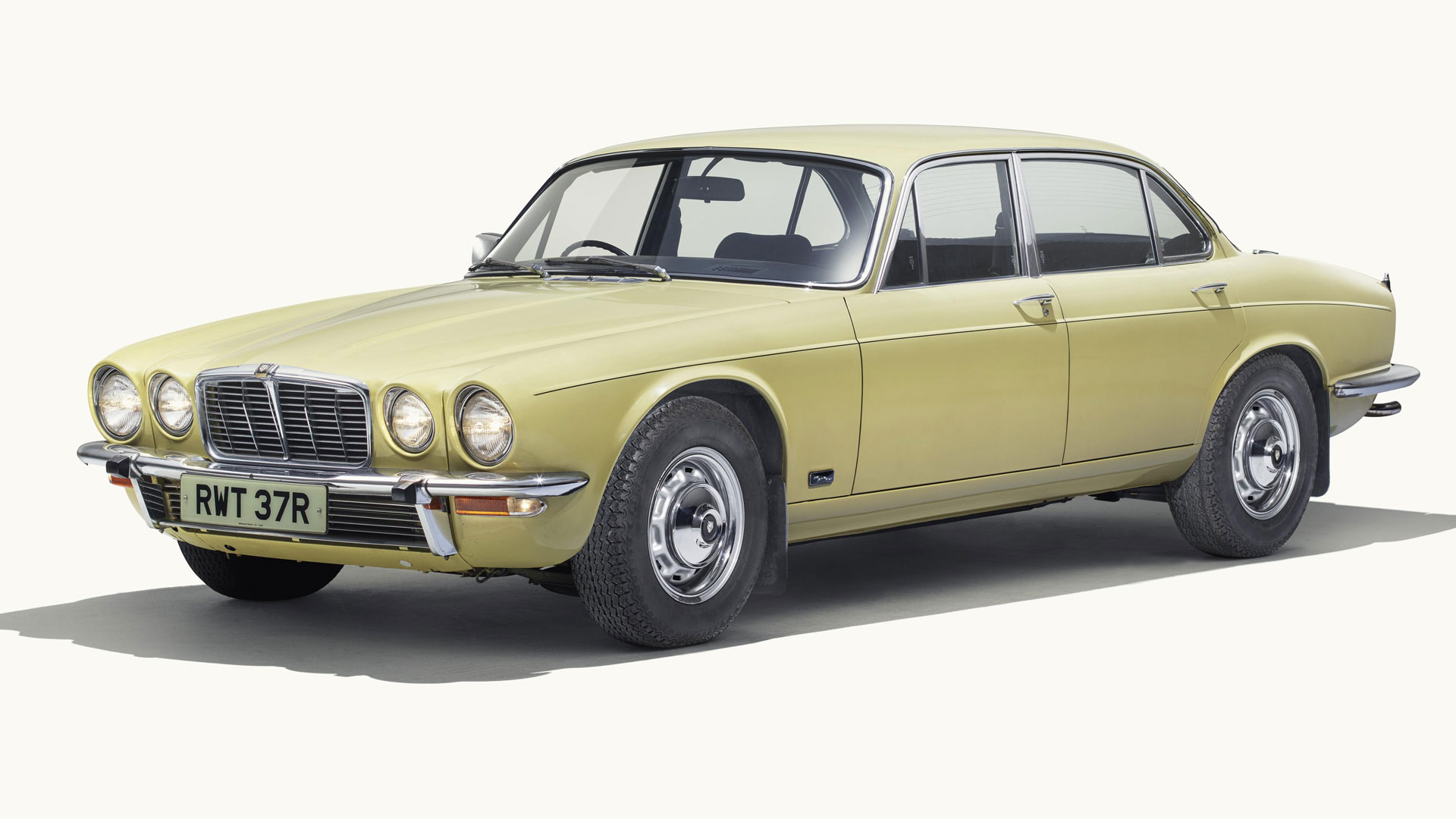 The Series 1 was replaced by the Series 2 XJ in 1973, with the height of the bumper raised to meet US safety regulations. The new model also featured the first use of fibre-optic lighting for the dashboard, along with central locking and electric windows as standard. Like its predecessor, it suffered from the same British Leyland problems, but that doesn’t detract from what was a significant improvement over the Series 1. The slow-selling 2.8-litre was dropped, so the range comprised of the 3.4-litre and 4.2-litre XJ6 models, plus the XJ12. 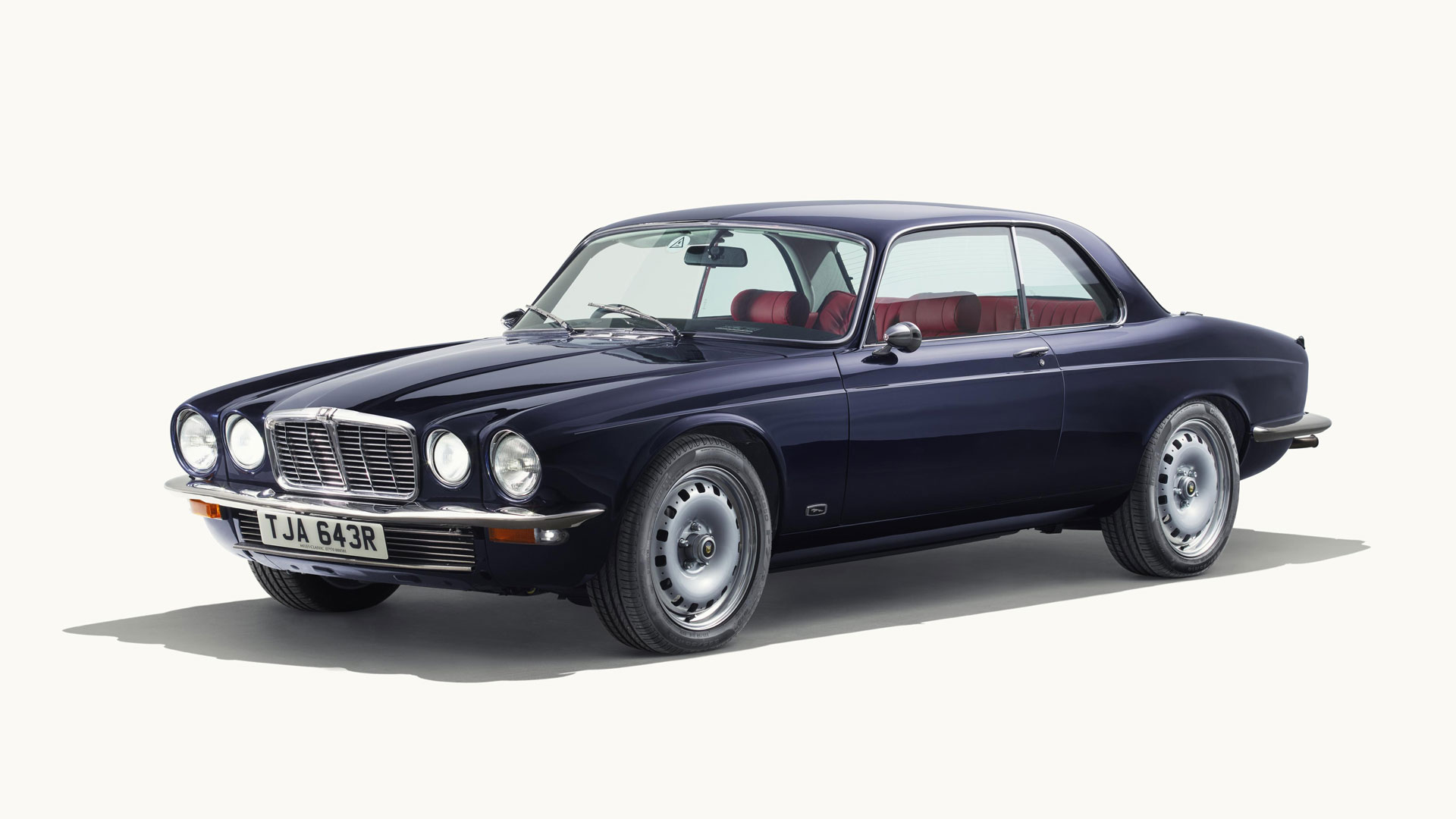 Jaguar unveiled the XJC two-door coupe at the 1973 Frankfurt Motor Show, but there were no deliveries until 1975. Considered to be a personal favourite of Sir William Lyons, the XJC featured a standard-fit vinyl roof, designed to mask any paint cracks. Sadly, just 9,119 XJCs were built, including around 1,000 V12s, before production ceased in 1977. 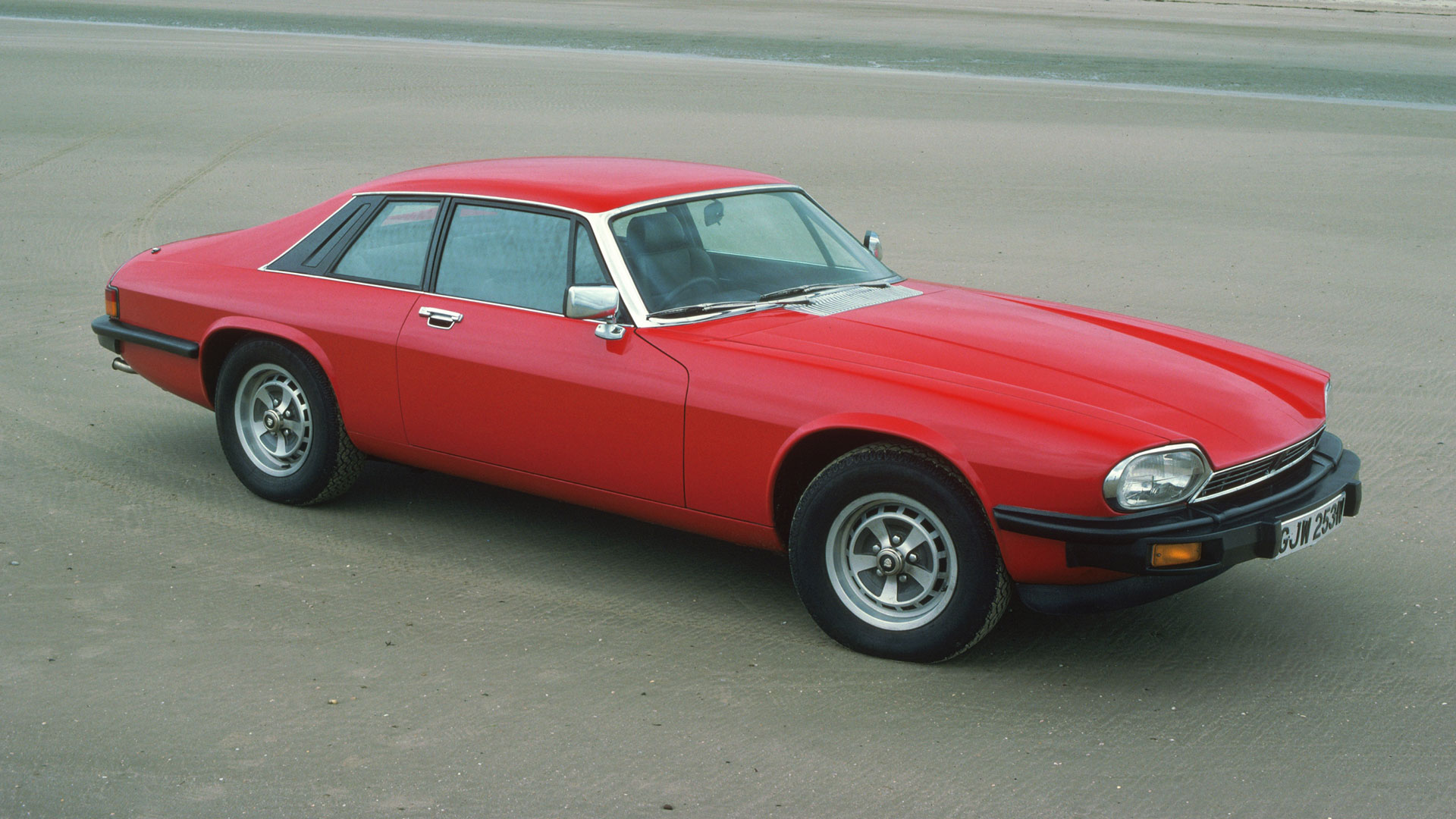 The XJC’s enemy came from within, in the form of the Jaguar XJ-S. Launched in 1975 as a replacement for the ageing E-Type, the XJ-S – later the XJS – rendered the achingly beautiful XJC redundant. 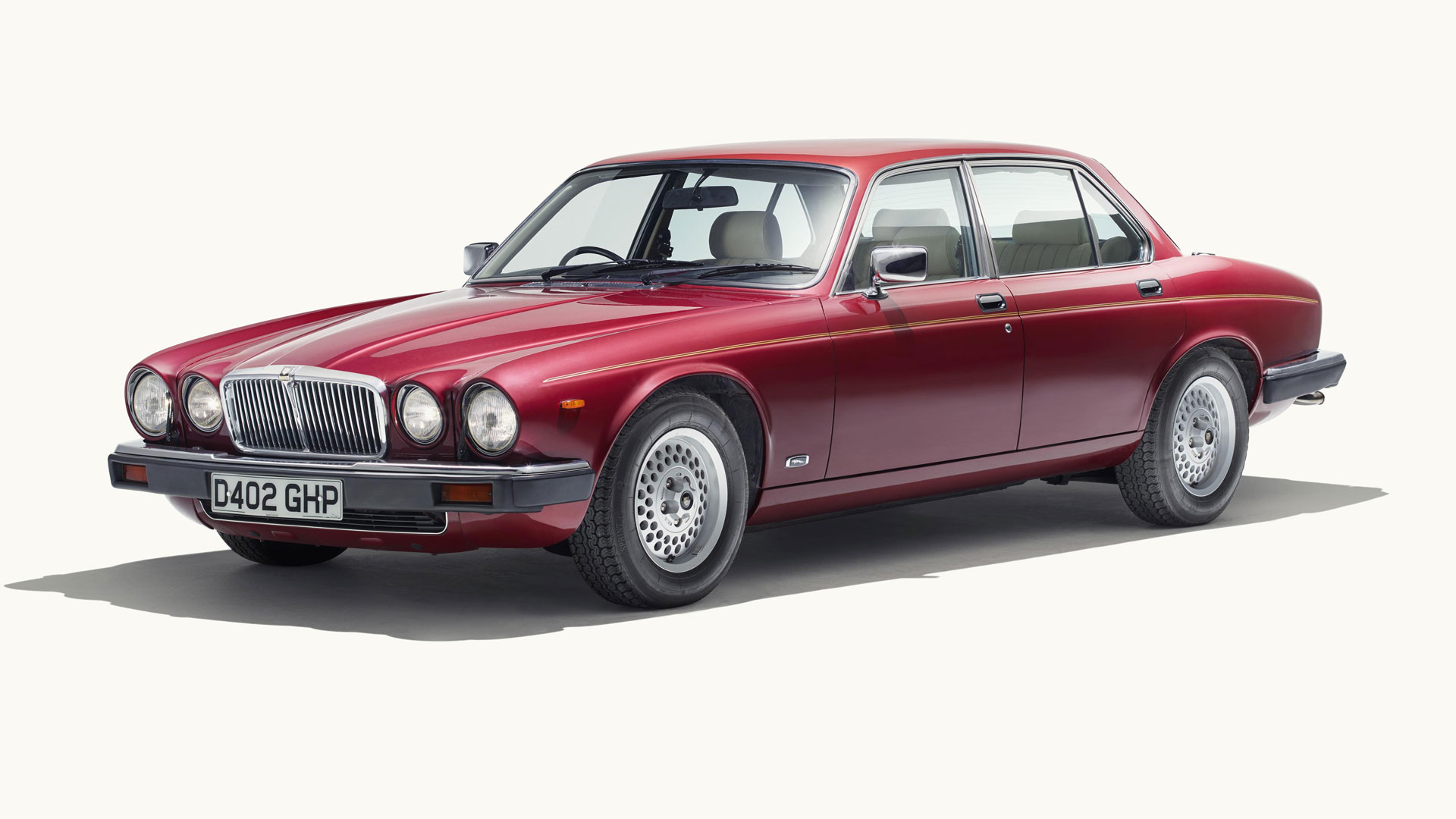 The Series 3 arrived in 1979, but not before Jaguar launched a five-speed manual gearbox on the quiet. Added to the range in 1978, the gearbox was shipped in from Rover – it was used on the 3500 and Triumph TR7 – which upset the Jaguar purists. It meant that the Series 3 was the first XJ to be offered with a five-speed gearbox from launch. Intended to be a stopgap while Jaguar worked on the XJ40, the Series 3 featured a Pininfarina makeover, ‘pepper pot’ wheels on the Sovereign models, new flush door handles and fuel injection for the 4.2-litre model. 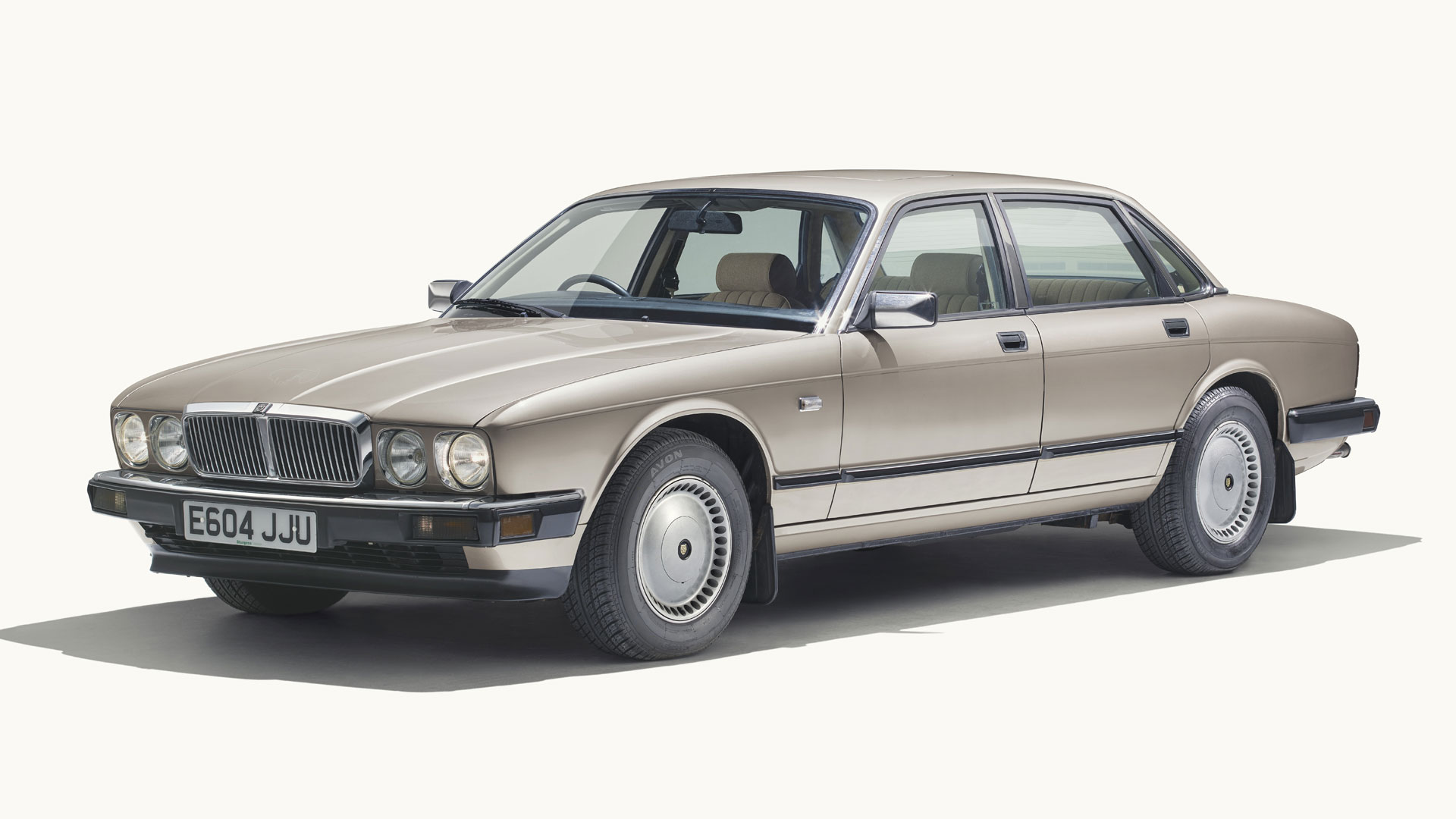 The XJ40 (Series 4) was the last production car Sir William Lyons had any influence on and the first all-new XJ since the original in 1968. Unveiled in 1986, the XJ40’s development programme can be traced back as far as 1973, with boss John Egan insisting that all major components needed to last 100,000 miles before being signed off. Twenty percent fewer panels were used to improve quality, while the XJ40 also saw the introduction of the famous ‘J’ gate automatic four-speed transmission. 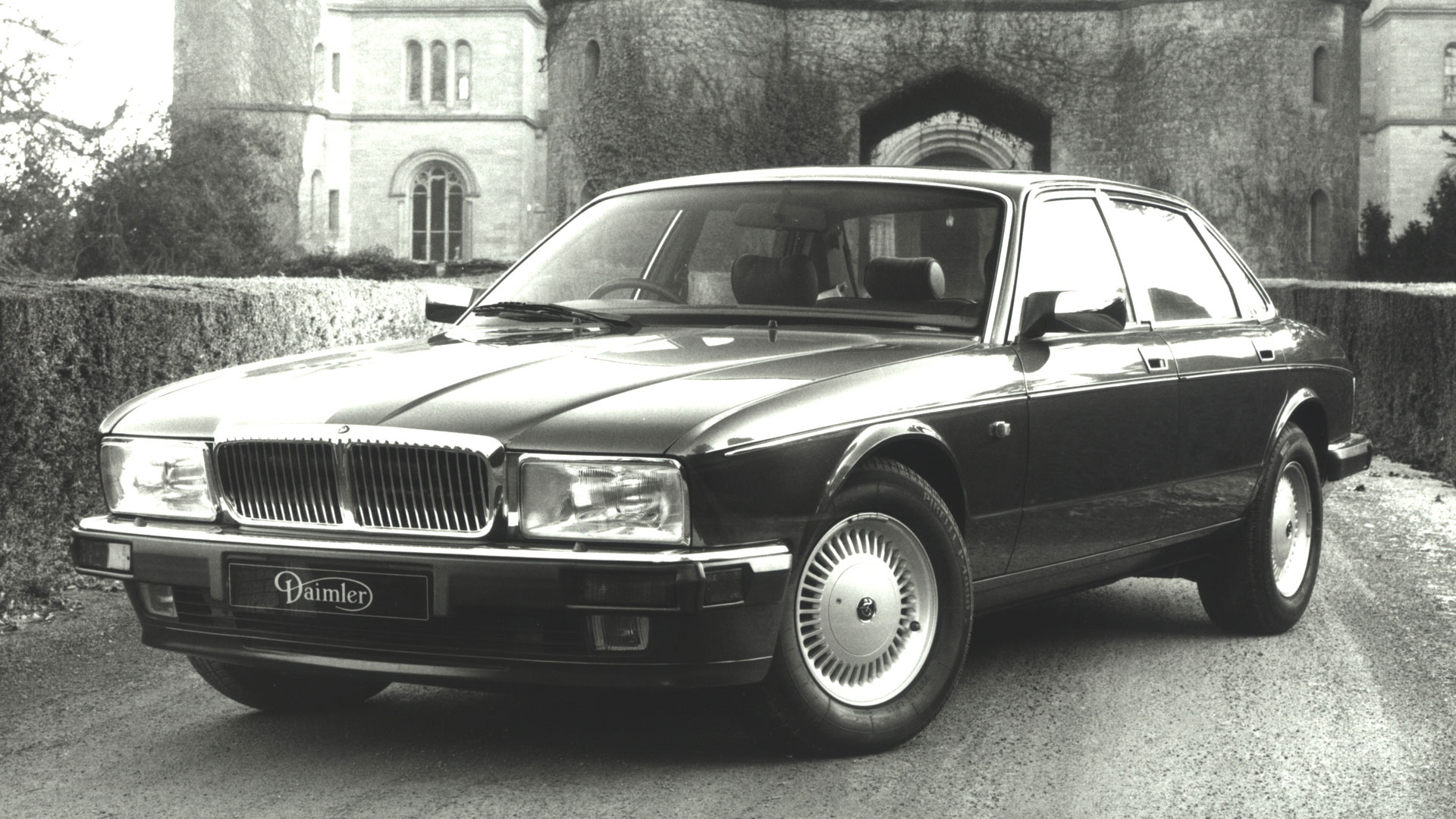 The Jaguar XJ achieved the unthinkable at the beginning of the 1970s by effectively wiping out an entire range of vehicles. It also gained a new badge-engineered sibling in the form of the Daimler Sovereign, which was later joined by the V12-engined Double-Six in 1972. This is an XJ40-based Double-Six, sporting the controversial square headlights. 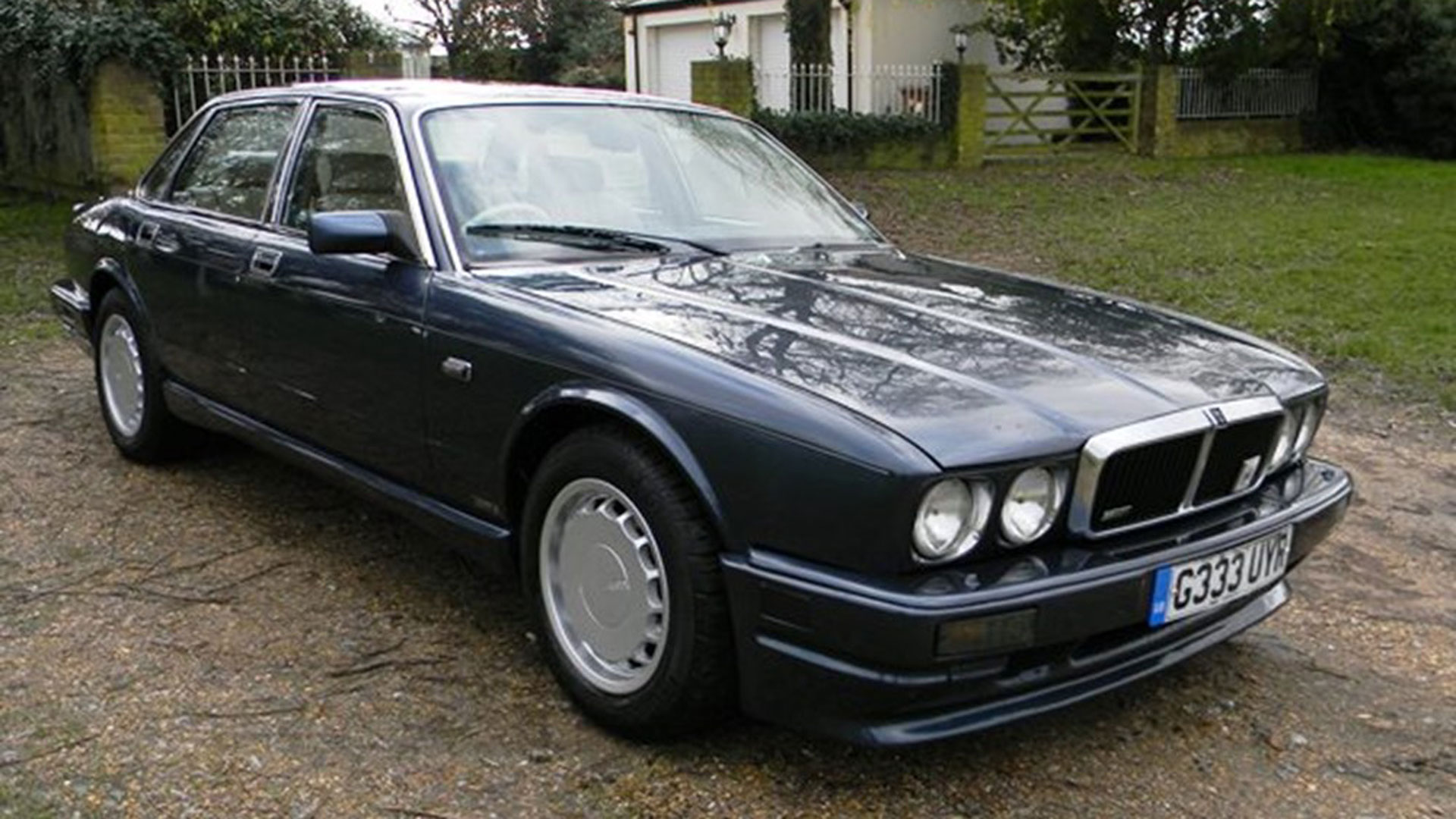 Formed in 1986, JaguarSport was a joint venture between Jaguar and Tom Walkinshaw Racing (TWR). The aim was to produce sporting versions of Jaguar’s regular saloons, with the cars completed at TWR’s facility in Kidlington. The majority of the XJ40-based XJRs were powered by a 3.6-litre engine, before the 4.0-litre version arrived in 1989. 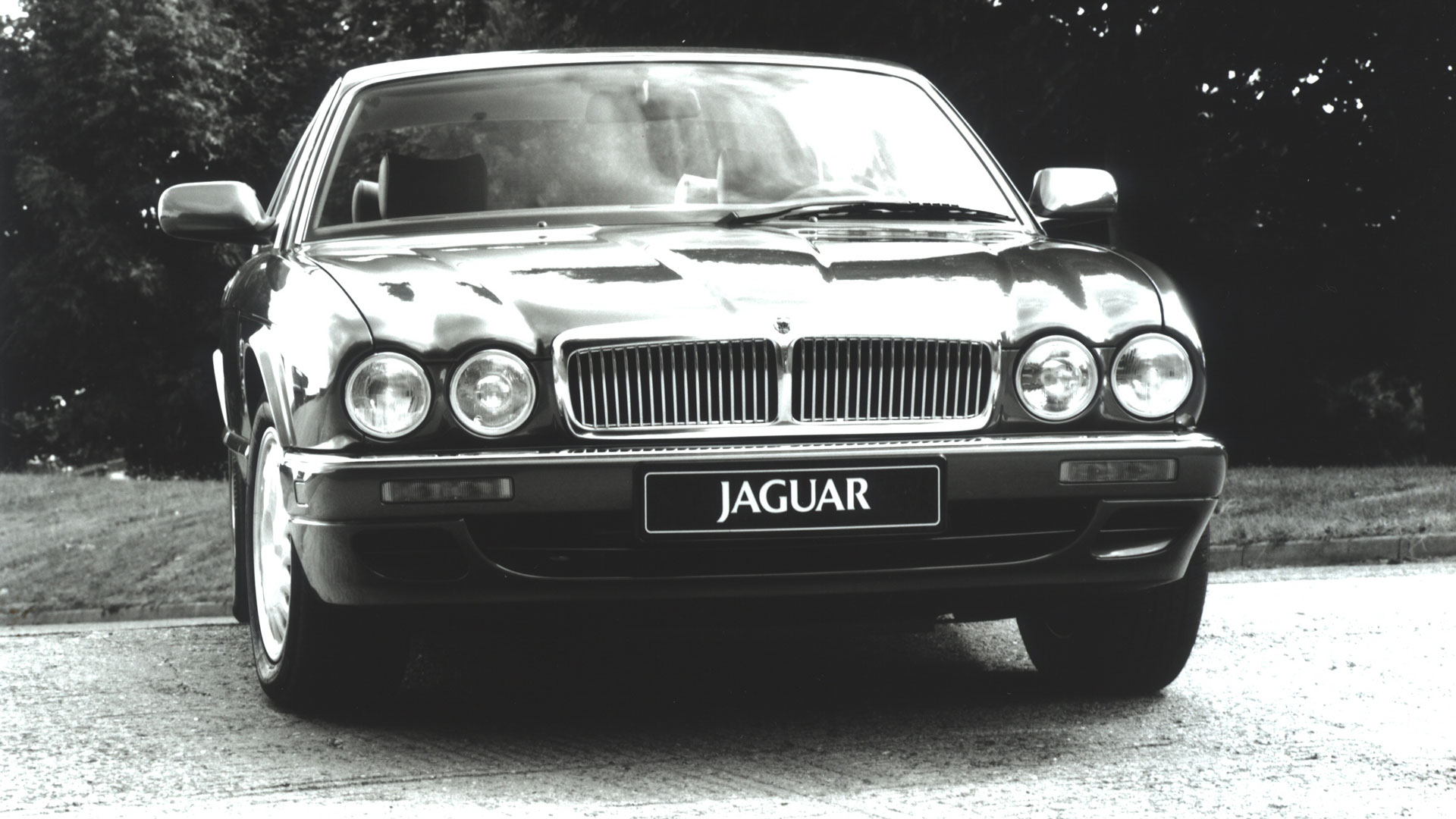 The XJ40 was destined to be replaced by the XJ90, but when owners Ford baulked at the cost, some £35 million of investment was ploughed into updating the XJ. Jaguar purists breathed a huge sigh of relief when the X300 was unveiled at the 1994 Paris Motor Show, with a restyling job serving to return some character to the flagship saloon. It represented a huge leap forward, with more equipment, improved quality and an enhanced interior. It was also more expensive, but Jaguar deserves great credit for using an ageing platform to such great effect. The X300 helped to bring the XJ back from the brink of oblivion. 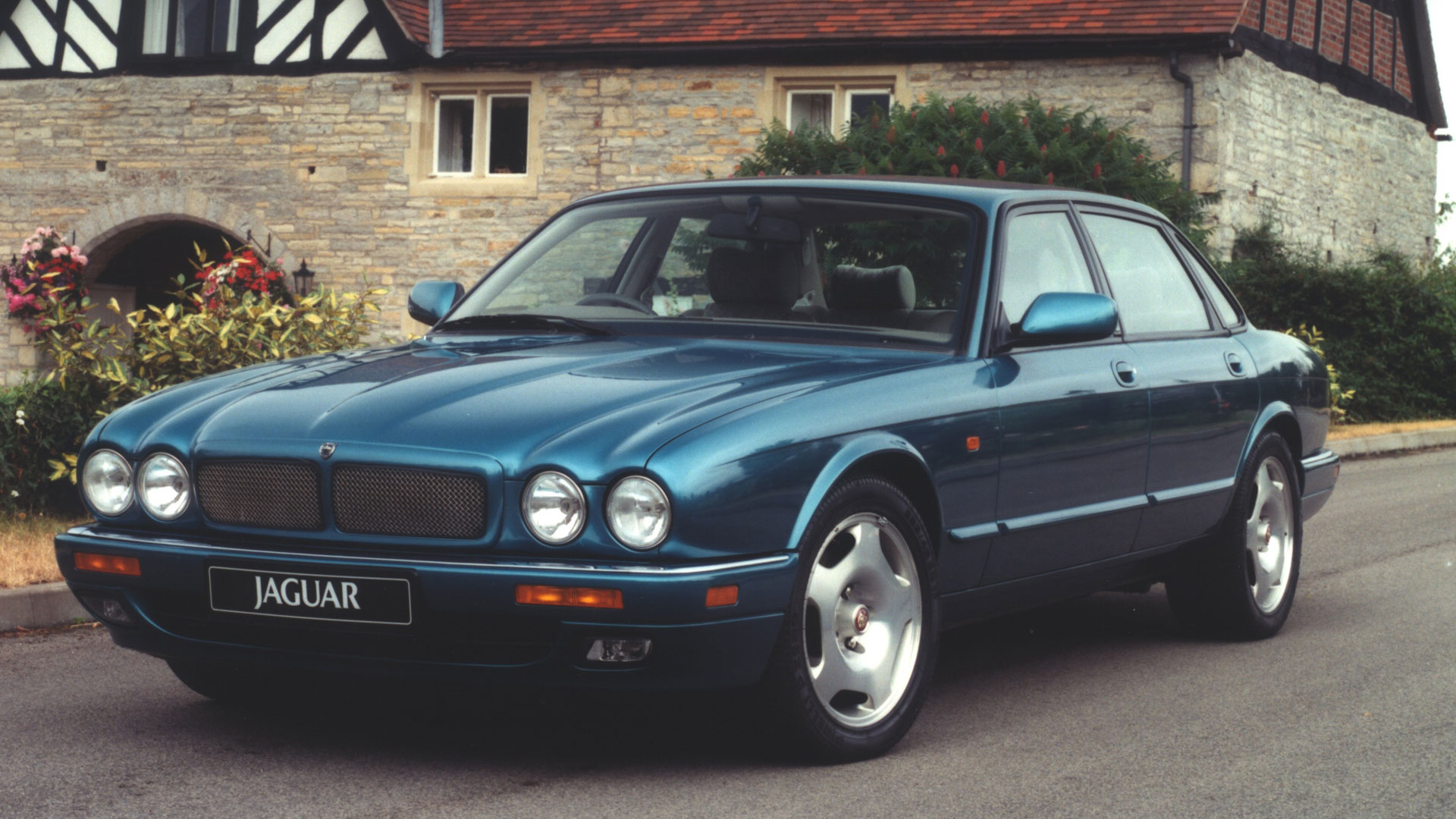 The X300 also heralded the introduction of the first factory XJR – Jaguar’s first supercharged production car. The Eaton M90 supercharged helped to propel the XJR to 60mph in just 5.5 seconds, with the 4.0-litre straight-six producing 326hp and 378lb ft of torque. This XJR is often referred to as the XJR-6 or X306 to distinguish it from the later V8-engined X308 XJR of 1997. 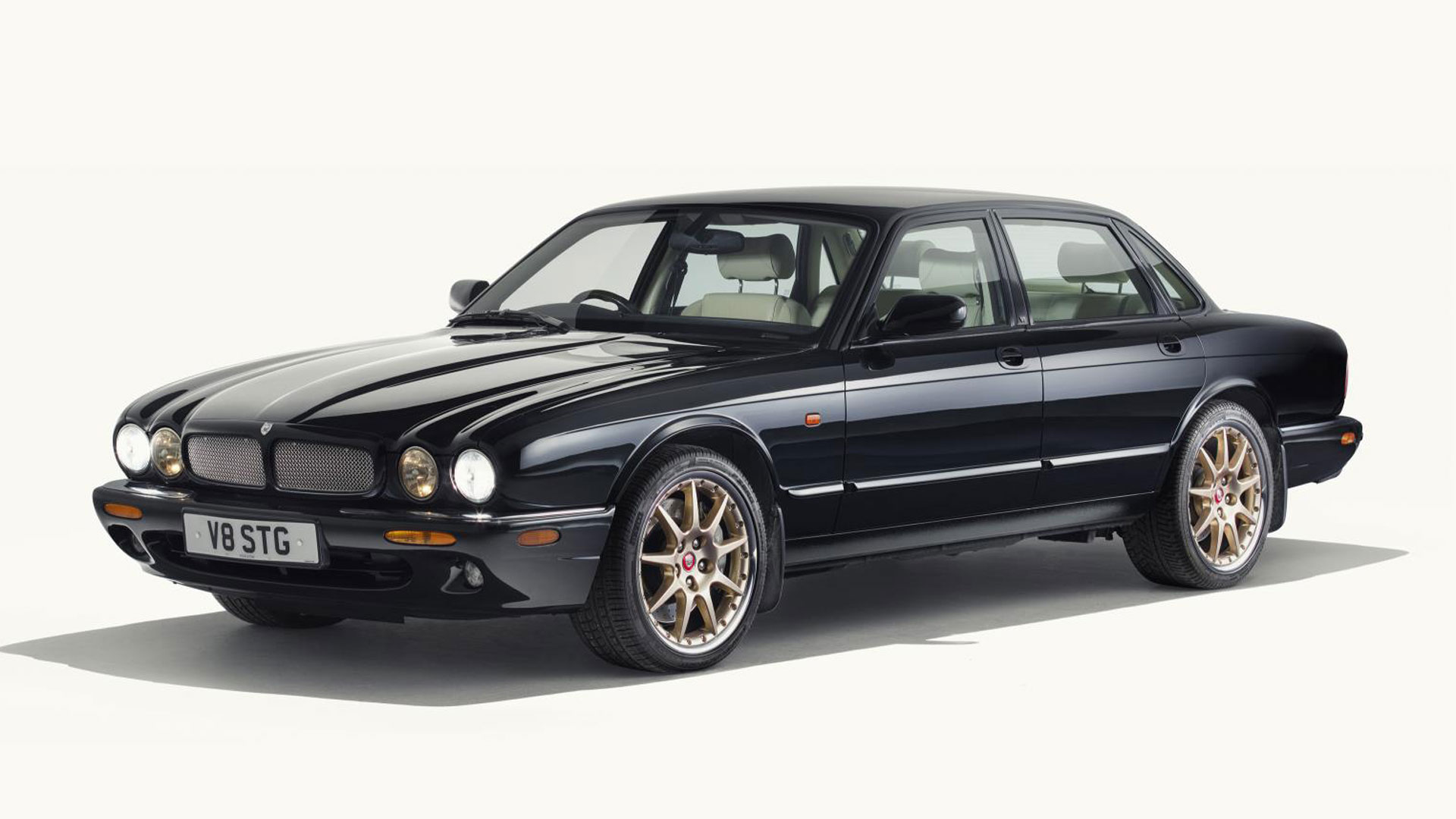 The X300 was on sale for just three years before making way for the X308 in 1997. Evolved from its predecessor, the X308 removed all traces of the XJ40, with a comprehensive interior makeover and the adoption of a V8 engine. The engine weighed just 200kg and was required to take on Mercedes-Benz, BMW and Lexus, which all offered a V8 powertrain. 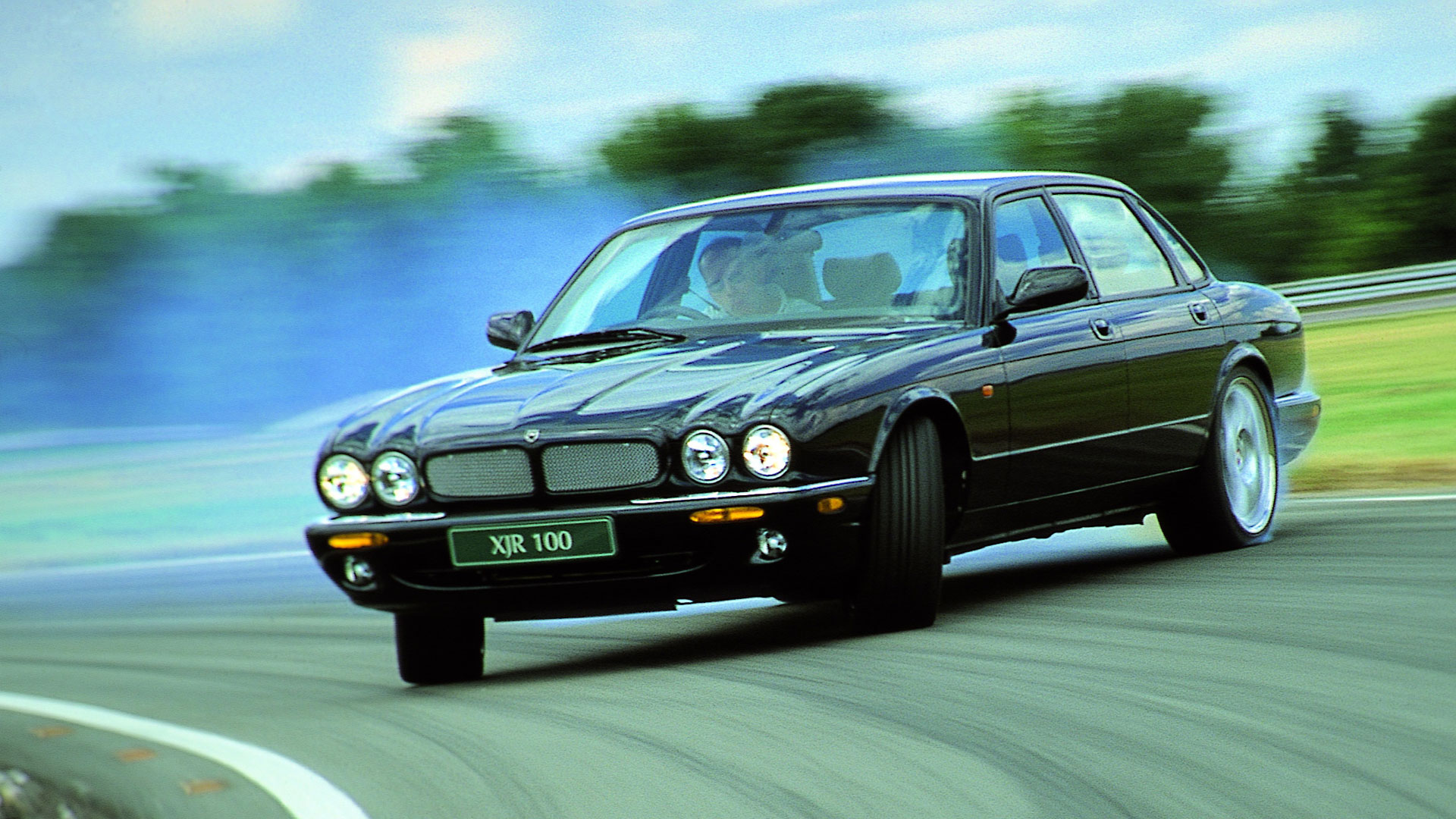 Built to celebrate the centenary of the birth of Sir William Lyons, the XJR 100 arrived in 2001. Just 500 cars were built, with only 82 allocated to the UK and the majority sent to America. Each one was finished in metallic Anthracite with a charcoal leather interior. Although it was a tribute to the company founder, the XJR 100 also felt like a last hurrah for the old-school XJ, with an all-new model waiting in the wings. 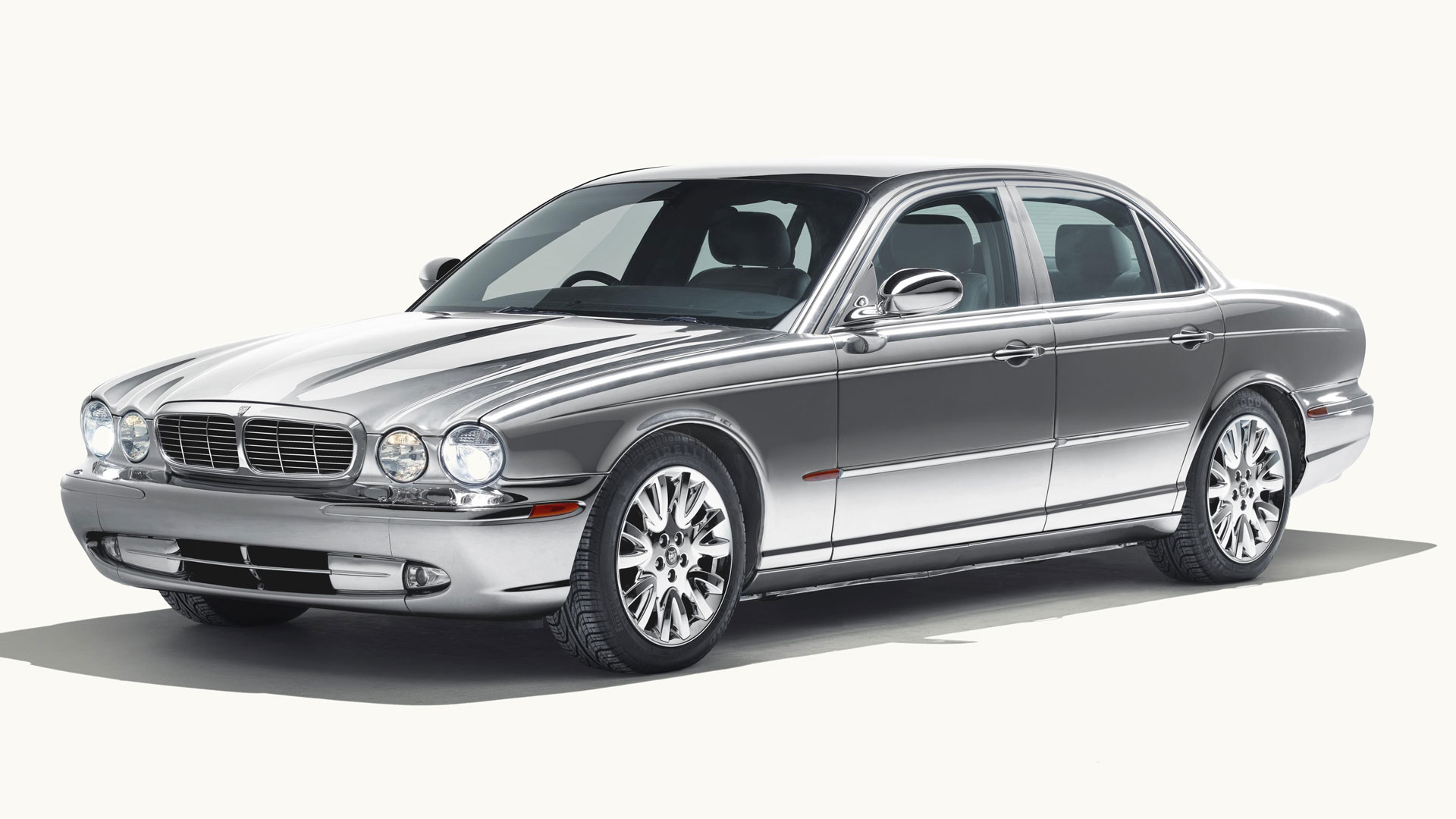 The sixth-generation X350 made its debut at the 1992 Paris Motor Show, and although it looked similar to the X308, it represented a radical change for the XJ. The aluminium monocoque, bonded and riveted in aerospace-style, meant that it was 40 percent lighter and 60 percent stiffer than its predecessor, while it also saw the arrival of the first diesel XJ (a 2.7-litre V6). 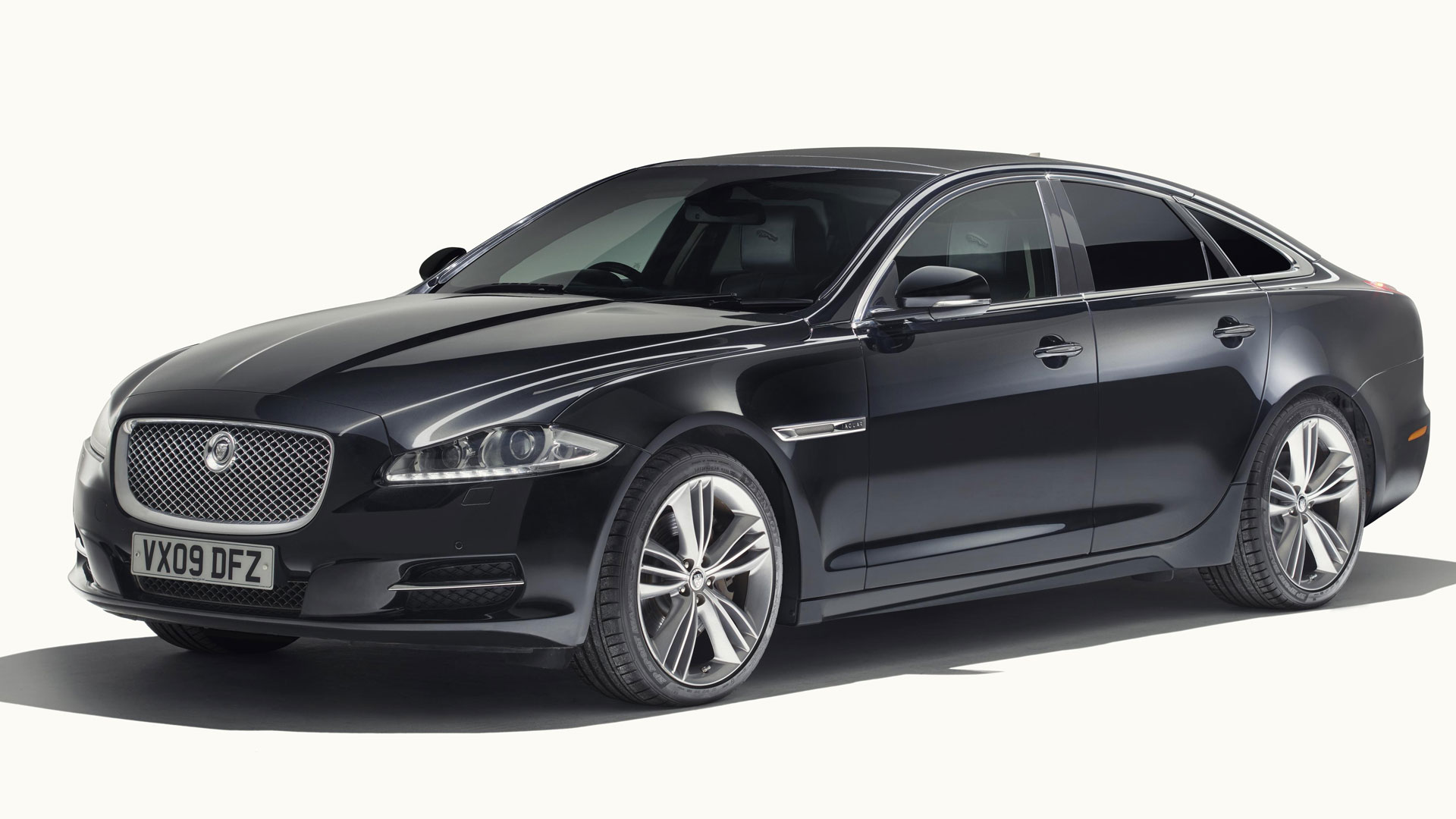 Although the X351 of 2009 shared its underpinnings with the X350, the styling represented a monumental shift for the brand, with Jaguar hoping to woo younger buyers away from BMW, Mercedes and Audi. For Jaguar, Sir Ian Callum’s design language was a chance for the company to push into new territories, with the XJ feeling more bespoke and more luxurious than ever before. 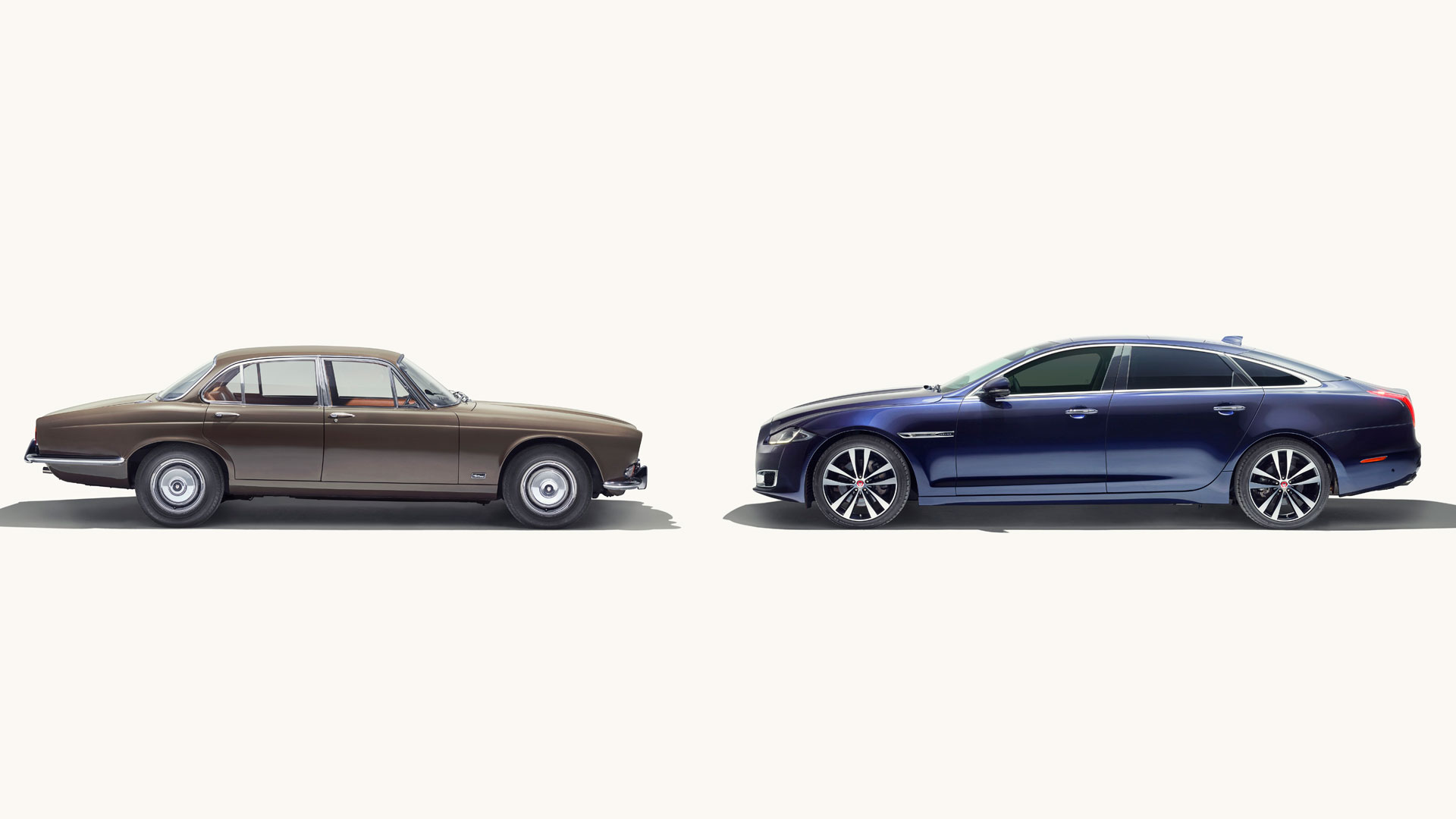 In 2018, Jaguar marked the 50th anniversary of the XJ with the launch of the XJ50 special edition. “Spanning half a century, the Jaguar XJ remains true to its heritage with a wonderful balance of beautiful design, intelligent performance and indulgent luxury that ensures it stands out from the crowd,” said Jaguar design director Sir Ian Callum. 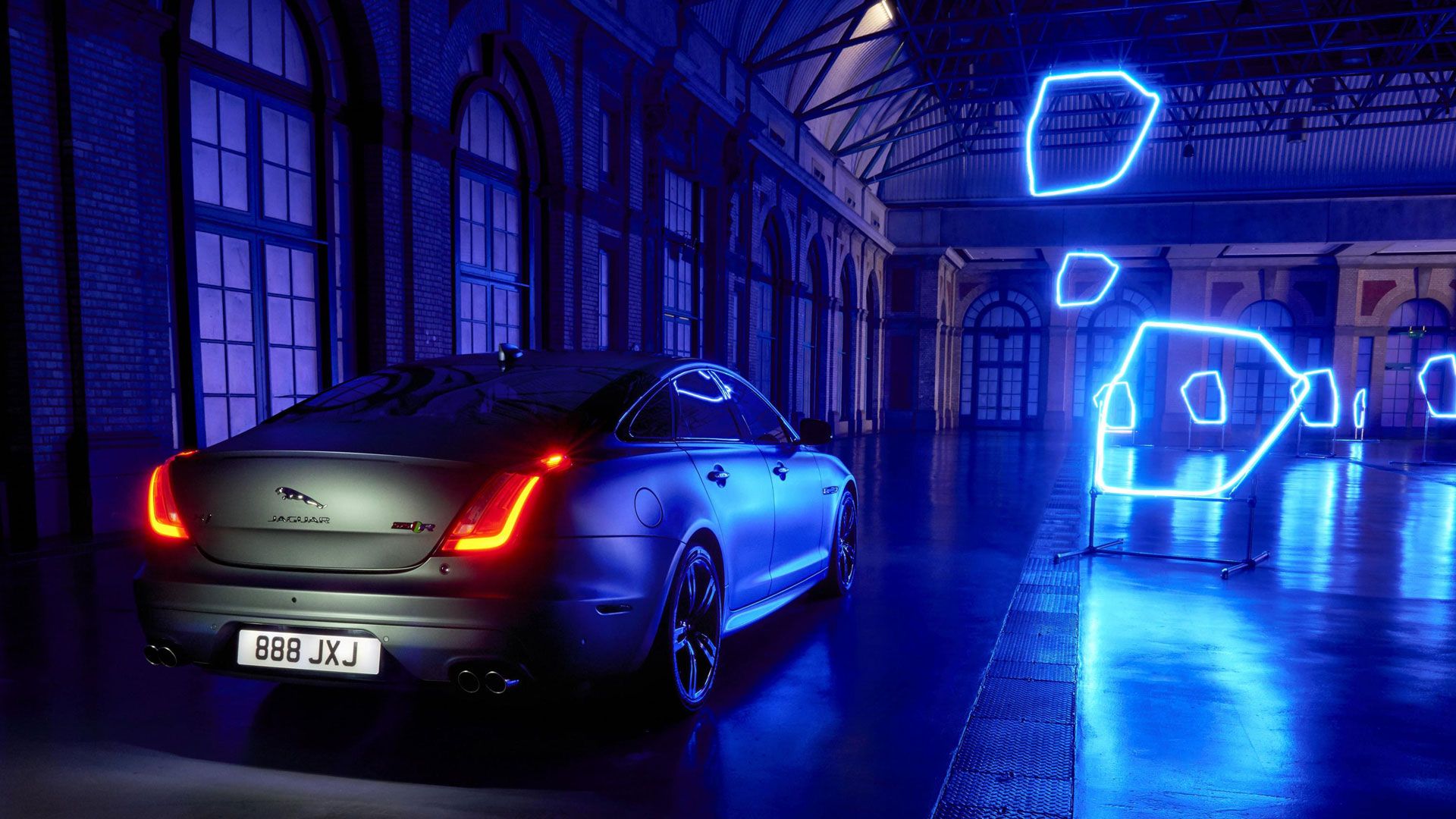 Production of the current XJ has come to an end, but a new electric Jaguar XJ will be the first car to roll out of the Castle Bromwich plant in Birmingham in 2020. It’s the beginning of a new era for the luxury saloon, with the electric XJ benefiting from Jaguar’s experience with the I-Pace SUV.