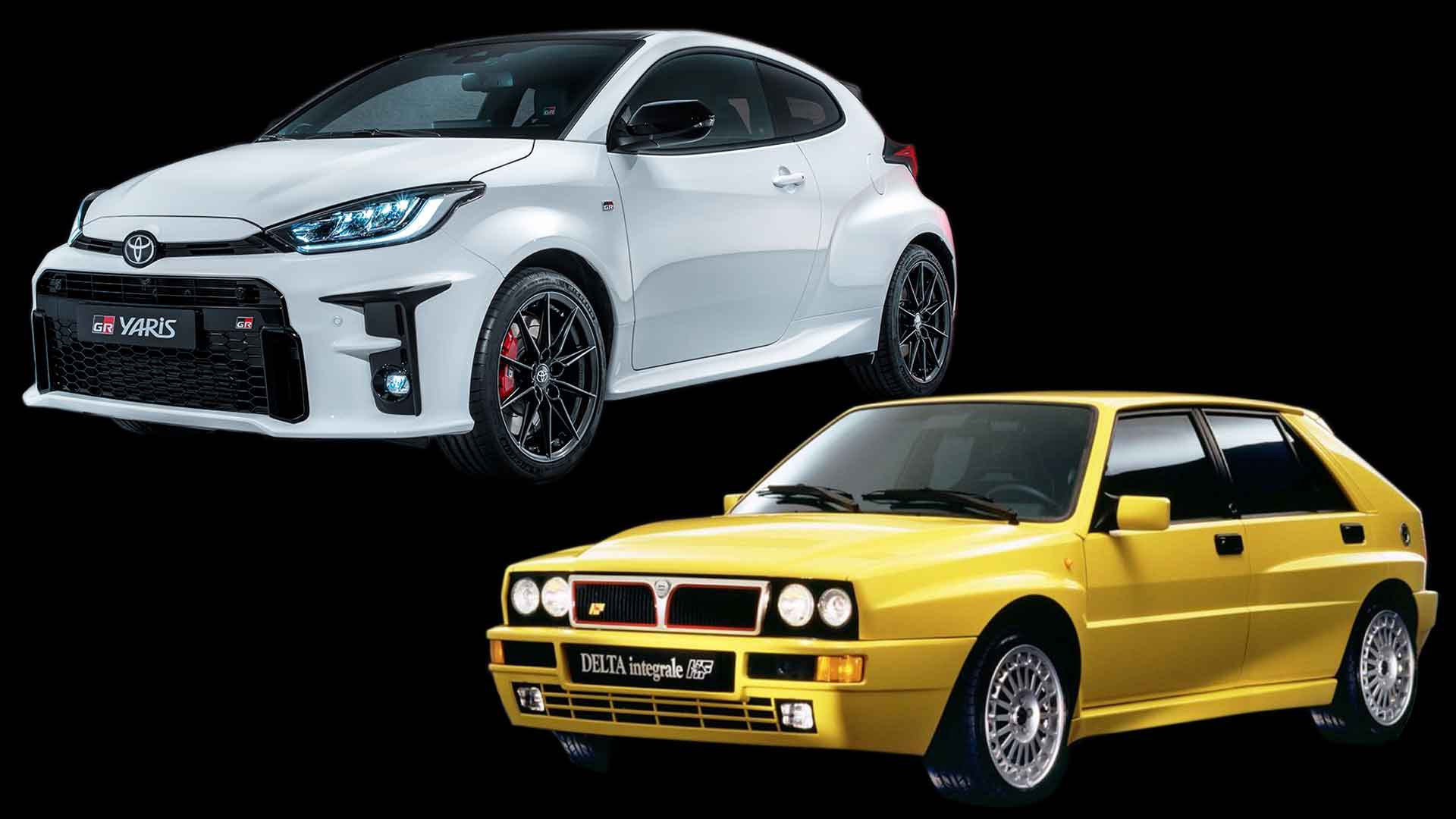 As the wild Toyota GR Yaris makes its debut, there is hope yet for that most elusive breed of performance cars: the homologation special. The Yaris follows a long line of everyday cars closely related to those on the race track and rally stage. 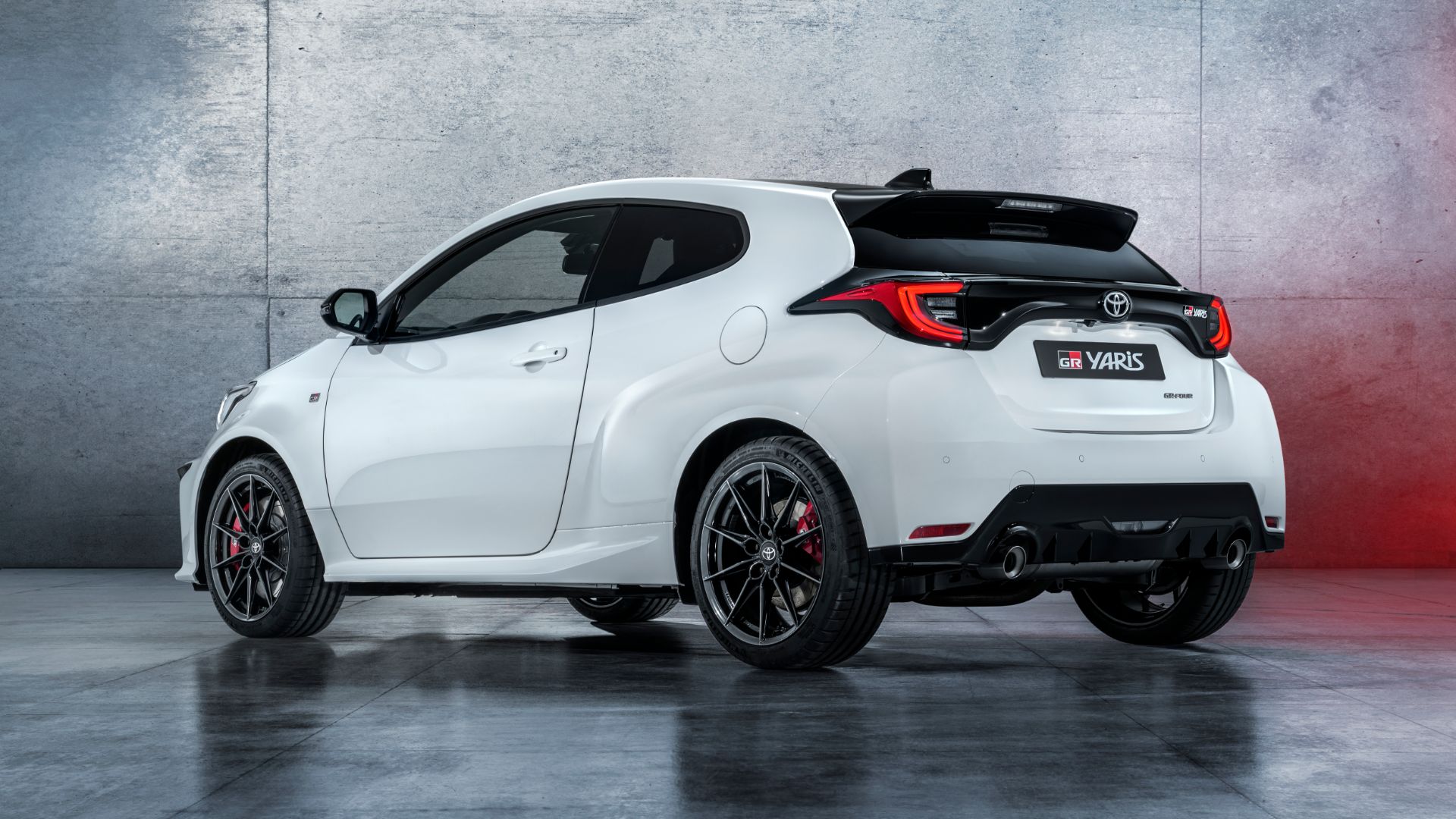 The GR is a four-wheel-drive wide-arched hot hatchback. Seventy percent of the 260hp that its 1.6-litre three-cylinder engine develops can be sent to the rear wheels. Will that make for the first ever Yaris that drifts? 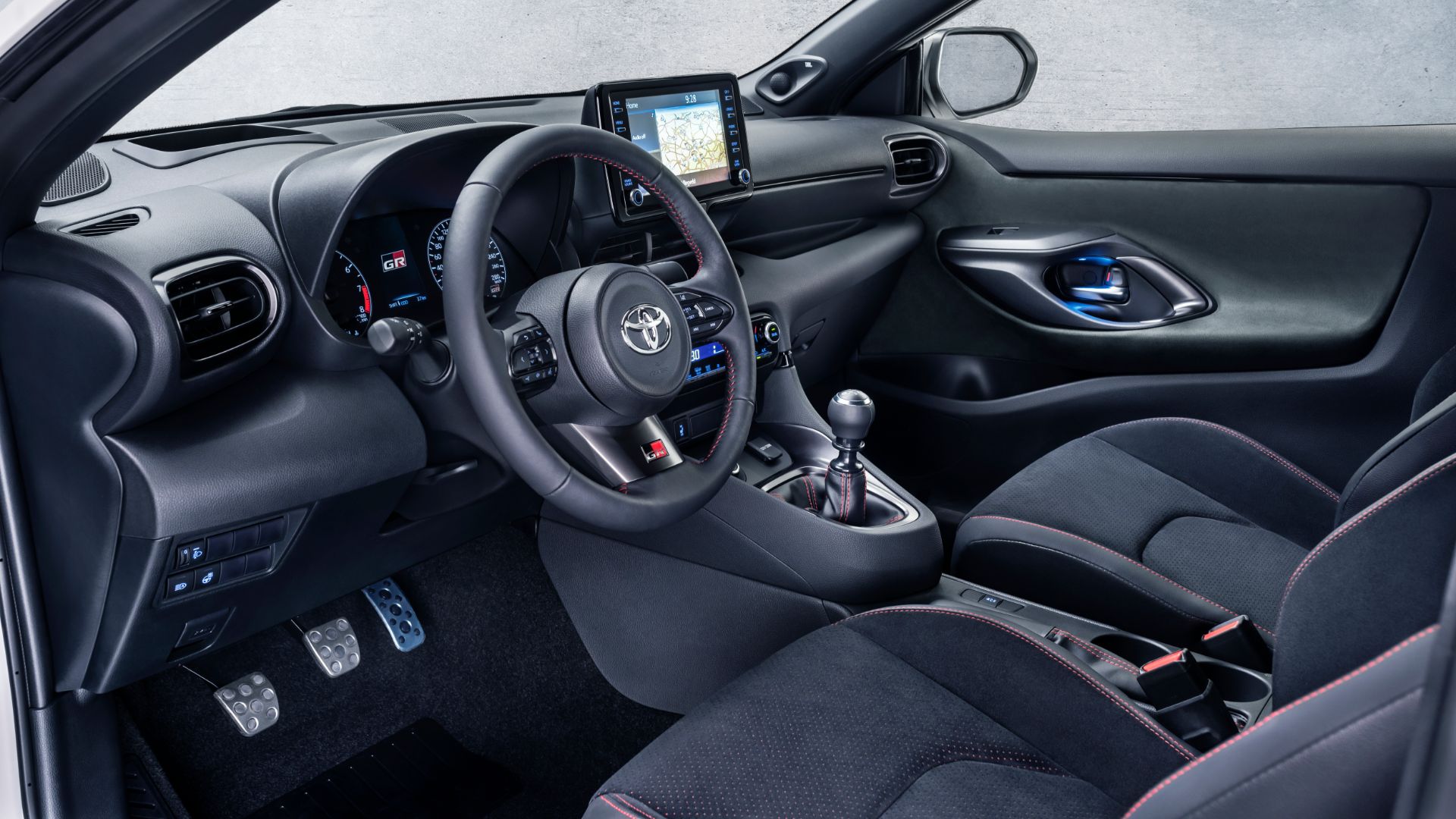 Some homologation specials relate very loosely to their racing cousins, but the GR Yaris is a proper job. The three-door shell and bodywork are bespoke. The roof is lowered by 91mm and made of carbon fibre, and the doors are frameless.

Underneath, it’s a merging of the Yaris chassis at the front, and the Corolla at the rear. This allows for clever double-wishbone suspension and that 4WD system. It even has a manual gearbox. 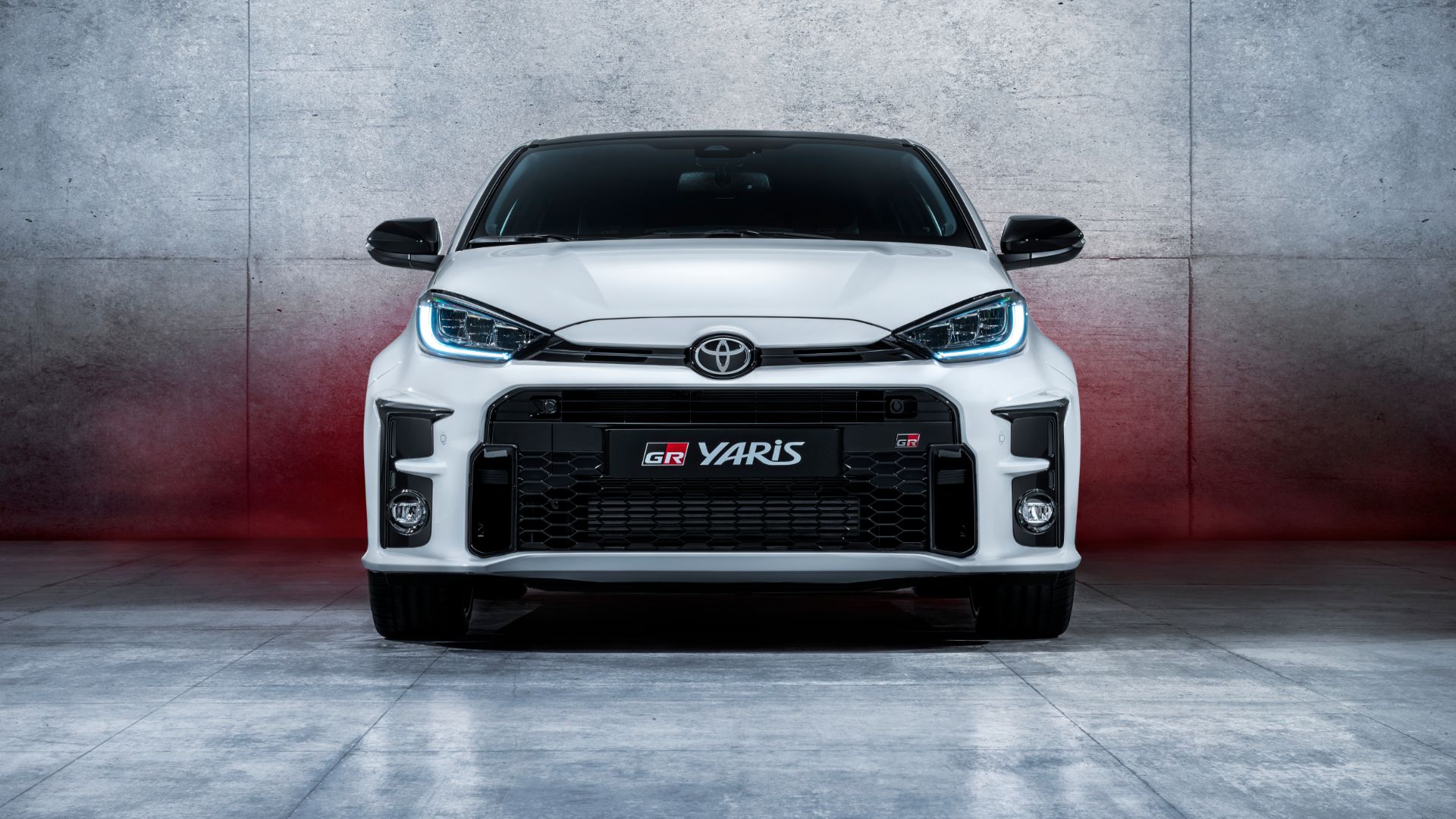 While the regular white-goods Yaris is built in France, the GR will be made at a specialised Gazoo Racing facility in Motomachi, Japan, using ‘a large number of manual processes’. As well as Gazoo Racing, the GR Yaris also had input from the WRC Tommi Makinen Racing team.

Racing cars for the road 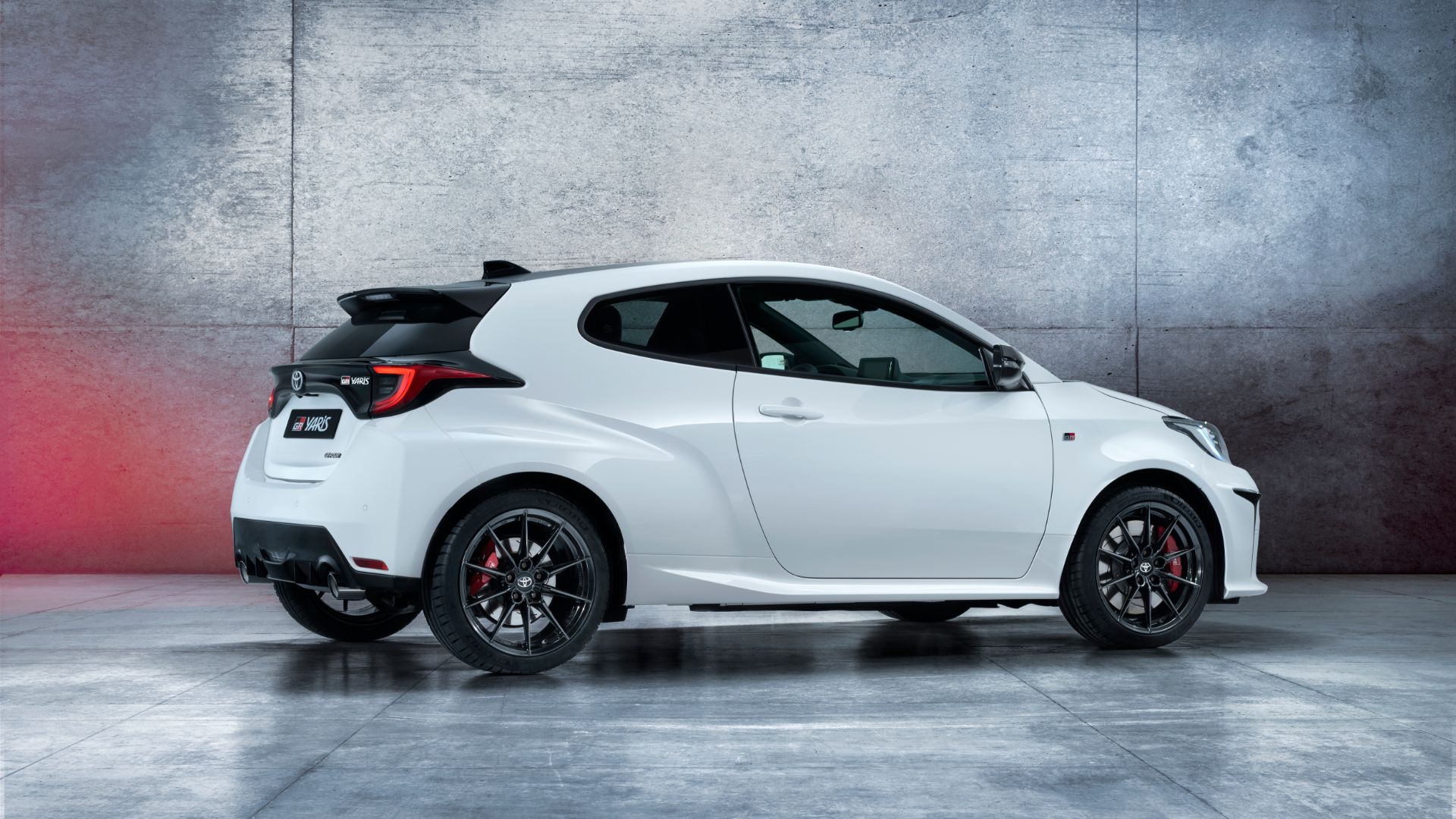 These racers for the road are a rare breed, with not many more than the 30 or so we’ve listed launched during the last 60 years. However, they are rarely not epic – as the following round-up reveals. 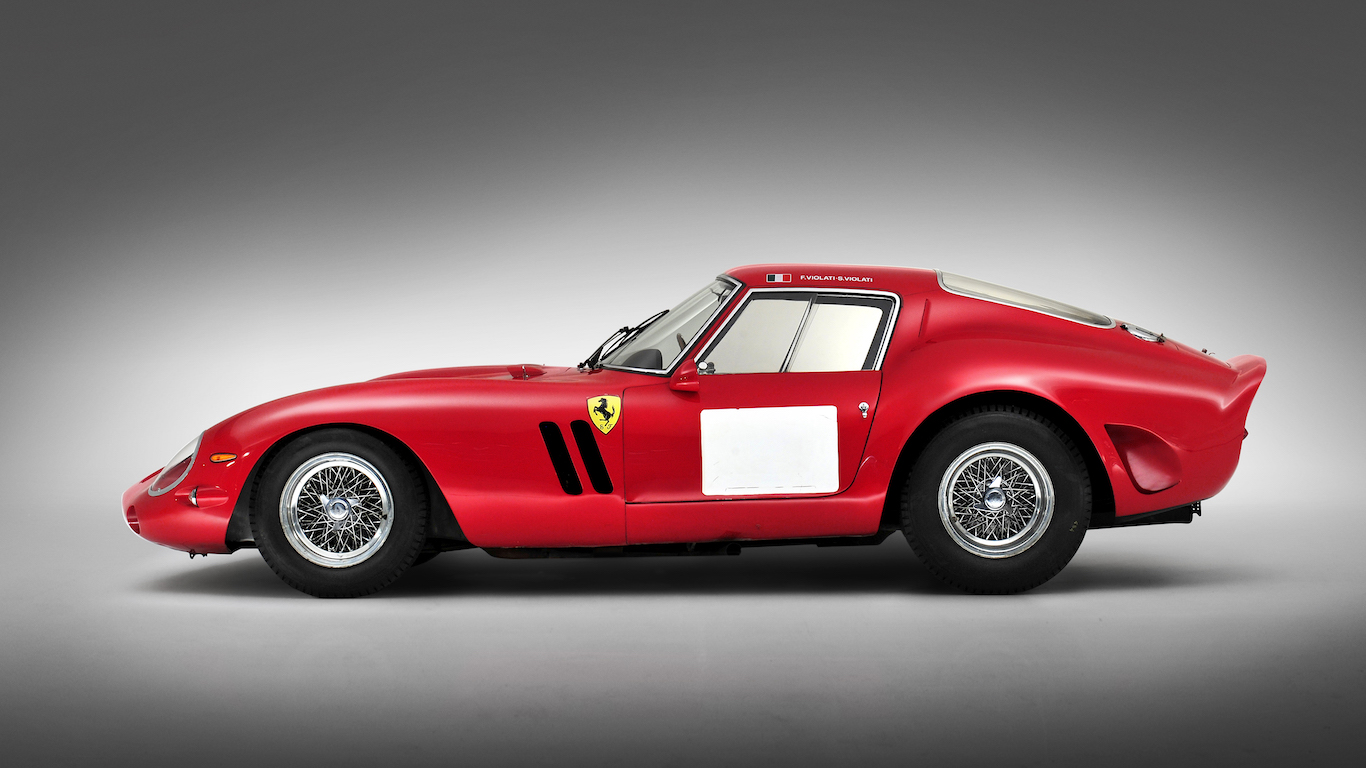 What better place to start than with one of the most expensive cars on the planet? The ‘O’ in the name stands for Omologato, Italian for homologation, and just 39 examples of the 250 GTO were built between 1962 and 1964 for use in the FIA’s Grand Touring Category. It proved successful, taking four class titles in the International Championship for GT Manufacturers. In 2013, this particular 250 GTO sold for $38million (£30million). 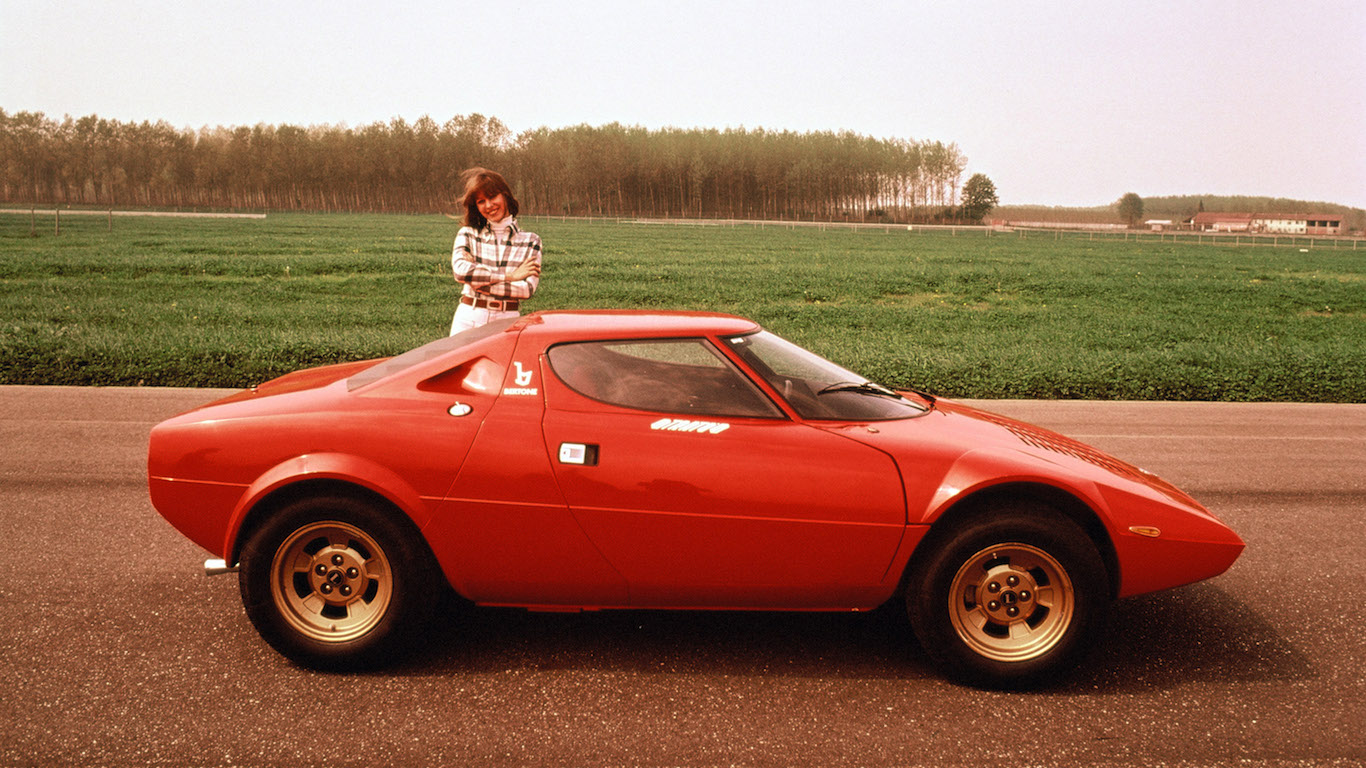 If the USA was fixated on using homologation rules to push sports car boundaries, in Europe the focus was on winning the World Rally Championship. With a mid-mounted Ferrari V6 engine, and lightweight fibreglass body, the Stratos was as rapid as it was wedge-shaped. The Stradale road car only featured 190hp, down from the 320hp of the full competition cars, but a short wheelbase still made it lively on the road. Although 492 examples of the Stratos were homologated, countless more replicas have been made since production finished. 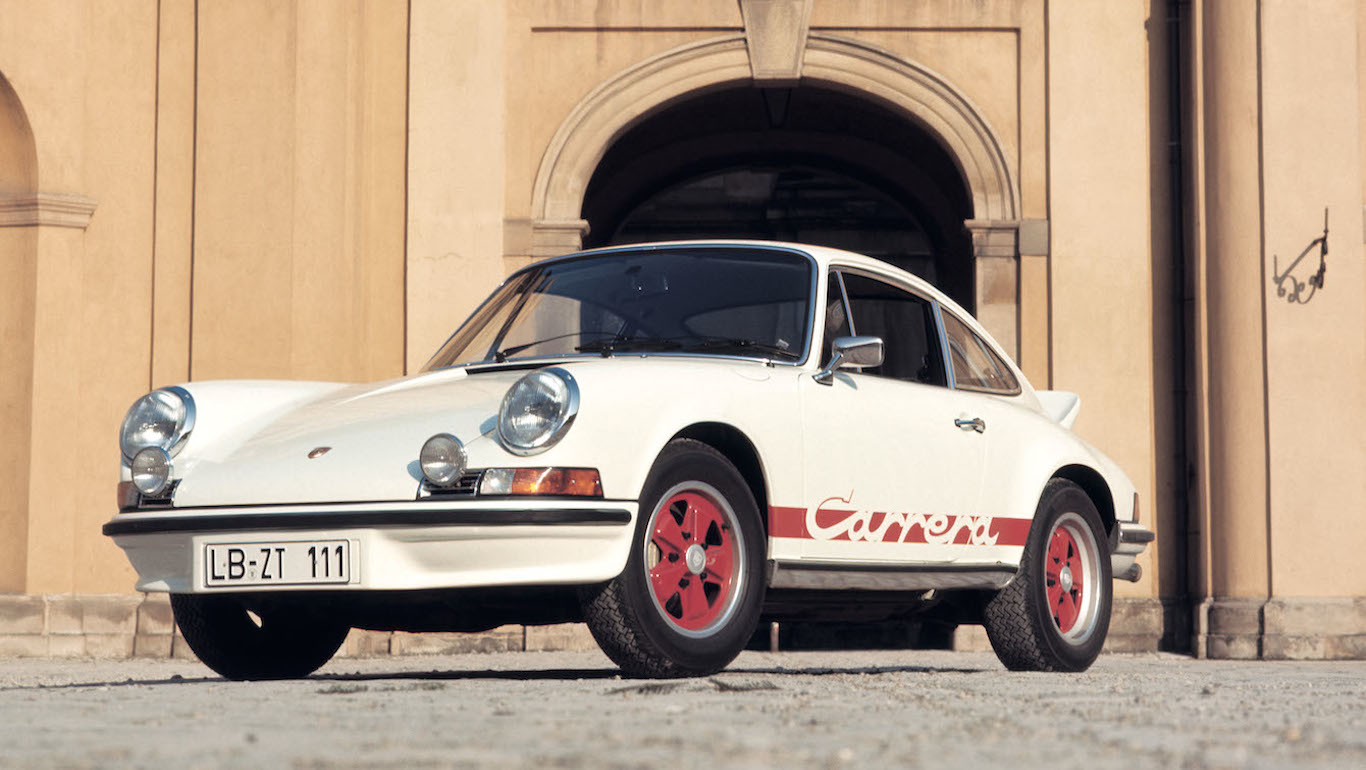 For many this is perhaps the greatest Porsche 911 ever made. To enable the Stuttgart company to use the rear-engined sports car in various championships, 500 examples needed to be built. Porsche actually ended up creating 1,580 due to strong demand. Key features were a 210hp engine, enlarged to 2.7-litres, wider rear wheels, and the distinctive ‘ducktail’ rear spoiler. Values have risen by a staggering 700% in the past decade, with the best cars topping over £1million, meaning you’ll really need to want one. 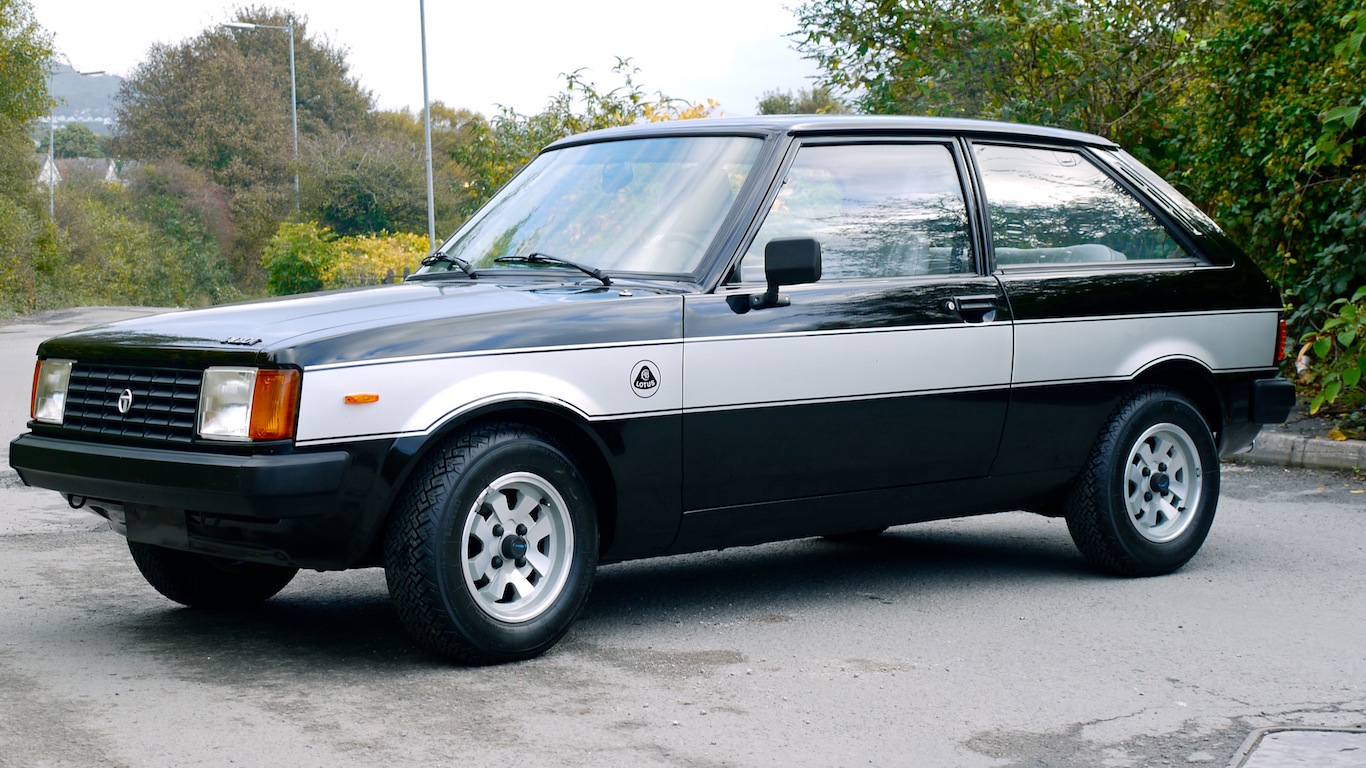 Hot on the heels of the Chevette HS was the Lotus-developed rally version of the Talbot Sunbeam. Most significant was the ‘type 911’ 2.2-litre four-cylinder engine, which was a bespoke Lotus unit developing 250hp in competition trim. The road-going model was 100hp down, but still benefited from the same stiffened suspension and uprated anti-roll bar. Success came in a 1980 RAC Rally win for Henri Toivonen, and a Manufacturers’ title in the 1981 World Rally Championship. 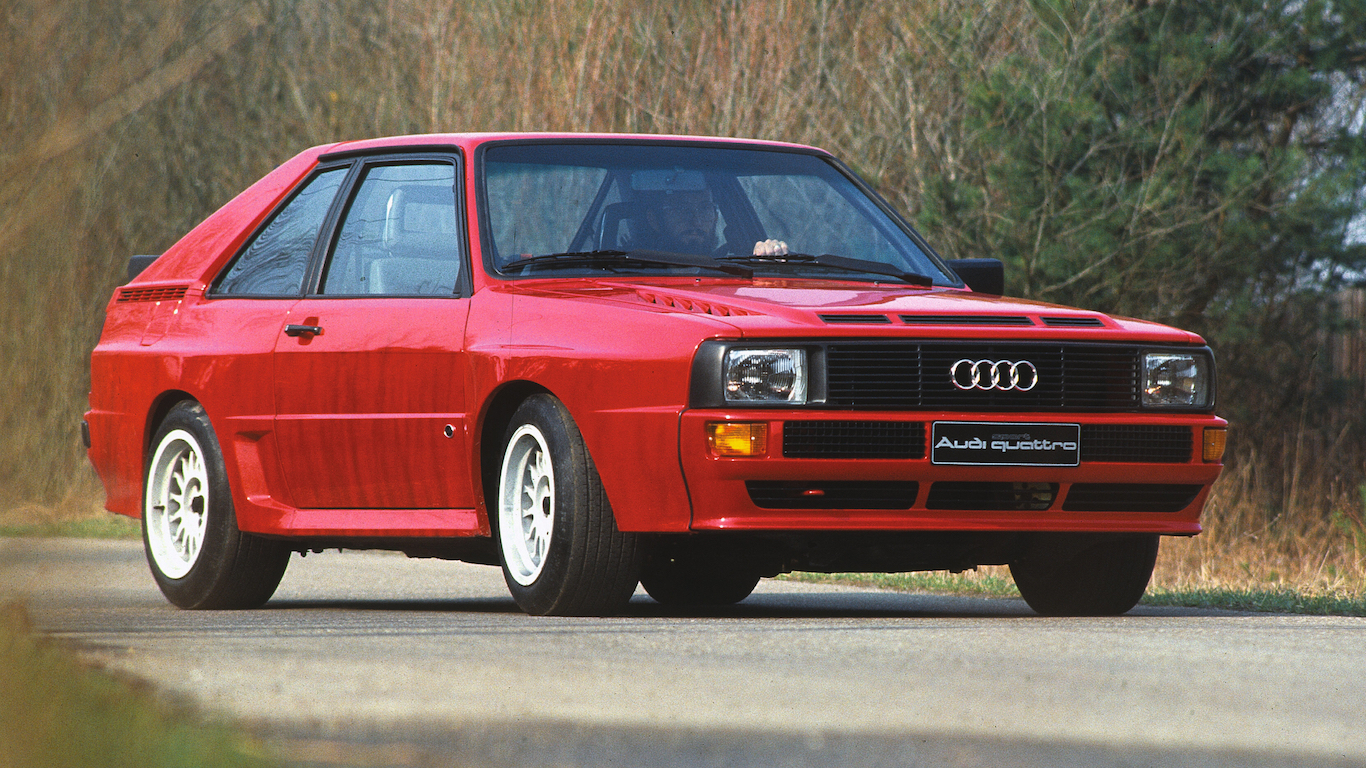 Audi would dominate the WRC during the mid-1980s, and the Quattro was the icon which made it happen. Under pressure from Lancia and Peugeot, for 1984 Audi introduced the Sport Quattro with a shorter wheelbase, carbon-kevlar bodywork, and a 2.1-litre five-cylinder turbo engine making 302hp in road going specification. Contemporary road tests recorded a 0-60mph sprint in 4.8 seconds, aided by the AWD system of the Quattro. Only 164 examples were built, leaving them highly desirable with collectors and demanding prices of over £400,000 today as a result. 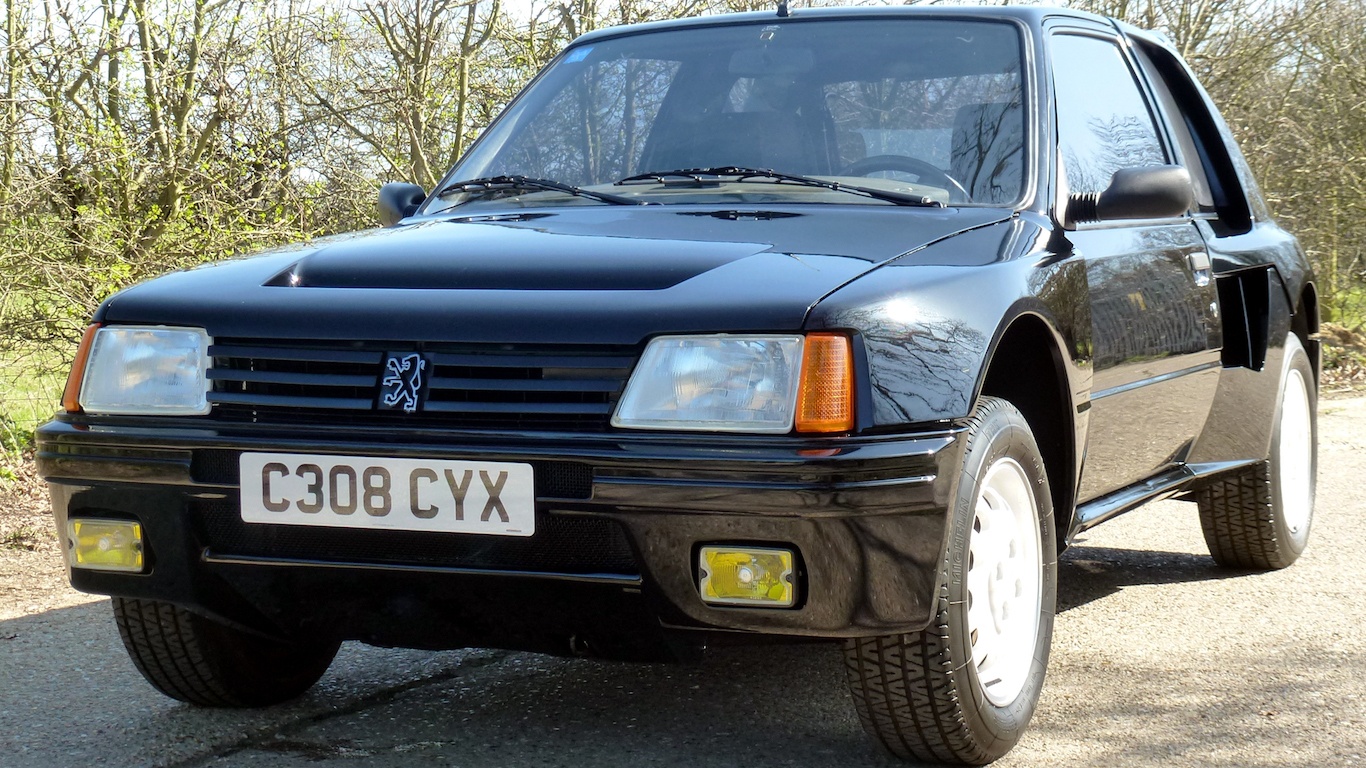 Demonstrating just how wild the Group B regulations allowed manufacturers to be is the 205 T16. Peugeot took a front-wheel drive hot hatch, moved the engine to the middle, and made it four-wheel drive. Peugeot also worked hard to make the T16 look as close to the regular 205 as possible. The plan worked, and Peugeot Sport took the 1985 and 1986 WRC titles. An output of 197hp for the 200 road cars is barely hot hatch power today, but the full-fat rally cars were capable of delivering up to 550hp! 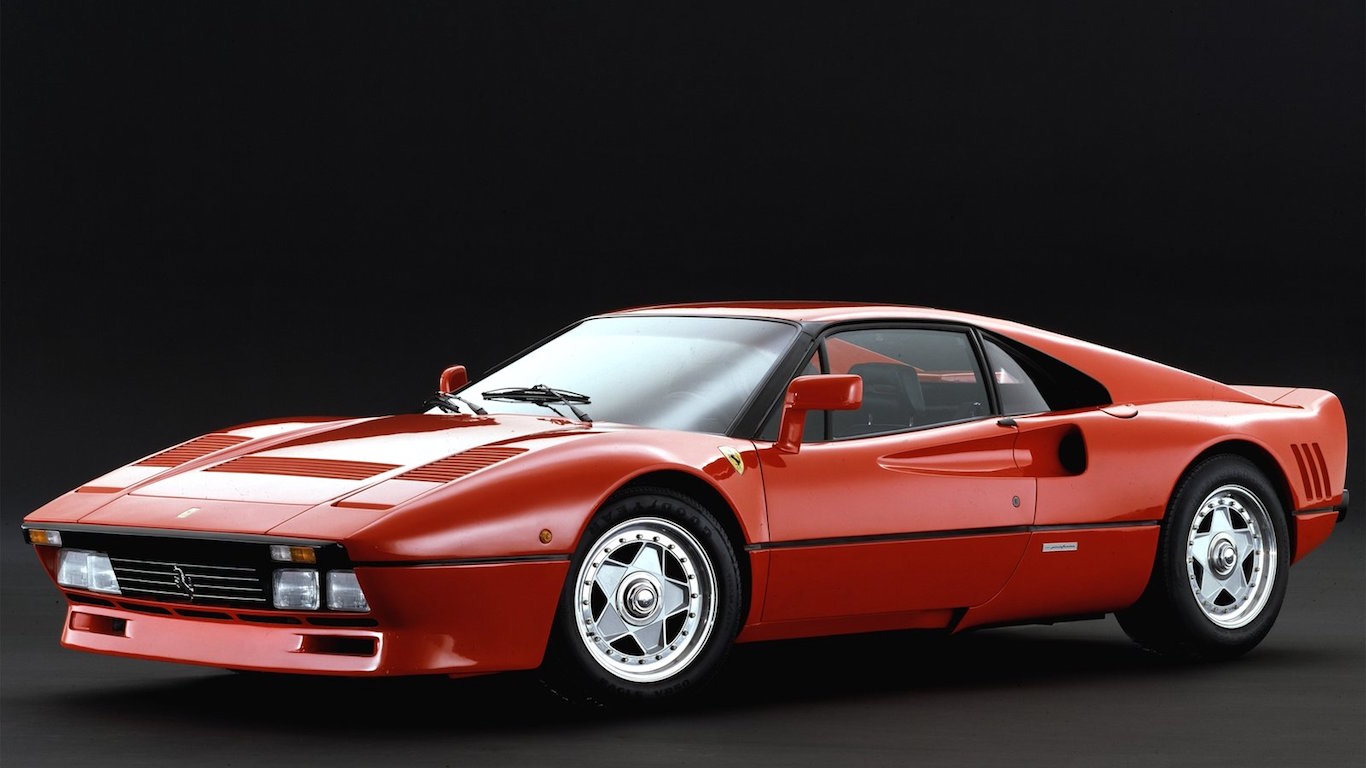 Group B was not all about 4WD rally machinery. Ferrari began development of the 288 to go racing in the FIA GT Championship, and took the GTO name from the 250 of 1962. But before the 288 could compete, the FIA abandoned Group B due to several fatal accidents. This left Ferrari with a car but no championship to race in. However, the market for supercars in the 1980s was sufficient for Ferrari to actually sell 272 examples of the 2.8-litre twin-turbocharged V8 car, rather than just the 200 required for homologation. Prices today fetch over £2.2million – a sizeable return on the original £70,000 asking price. 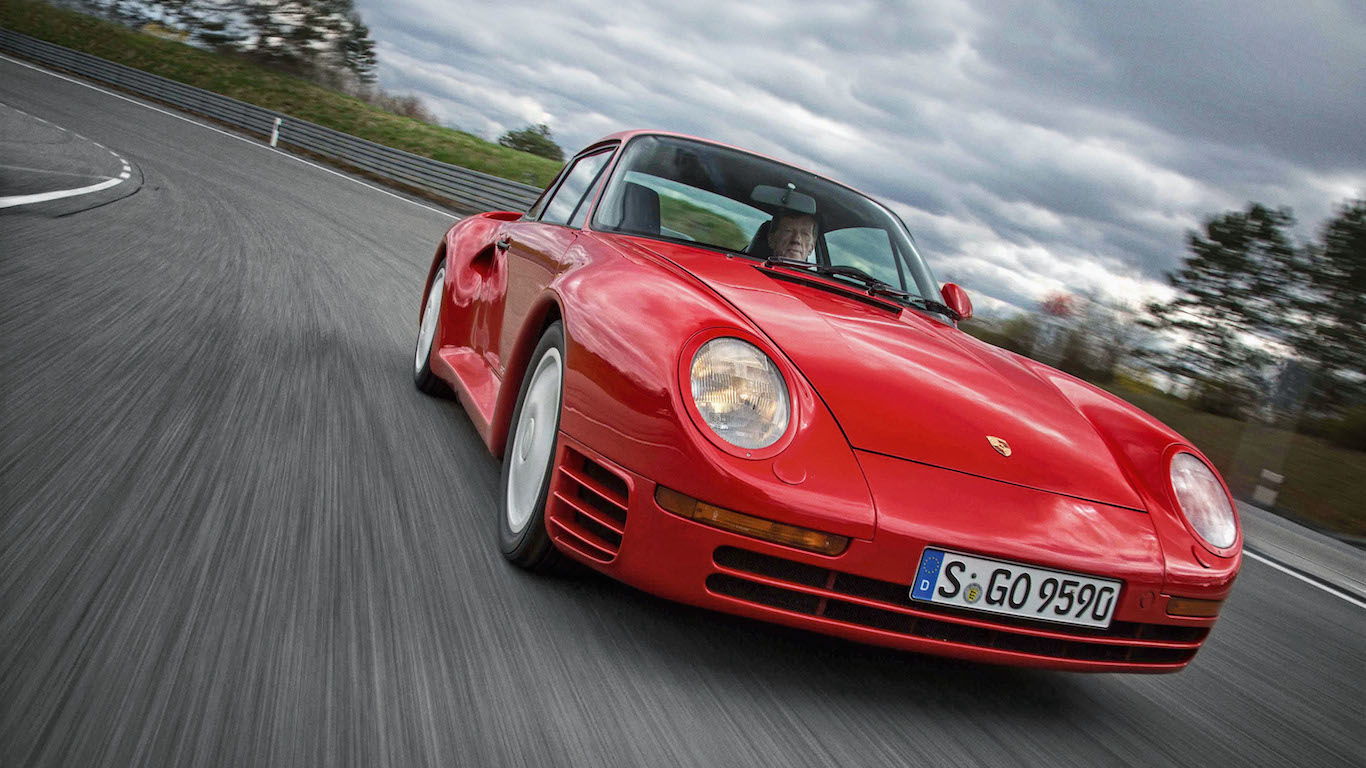 The 959 was an evolution of the 911 sports car designed for rallying and off-road use. It was also the fastest production car when offered for sale in 1986, with a top speed of 195mph. The 2.8-litre twin-turbocharged flat-six engine made 444hp as standard, and was combined with 4WD and active aerodynamics. A total of 337 examples of the 959 were built in total, with Porsche reported to have made a loss on every car sold. Microsoft founder Bill Gates had his 959 held in storage by US customs for 13 years before a law change allowed him to officially import it. 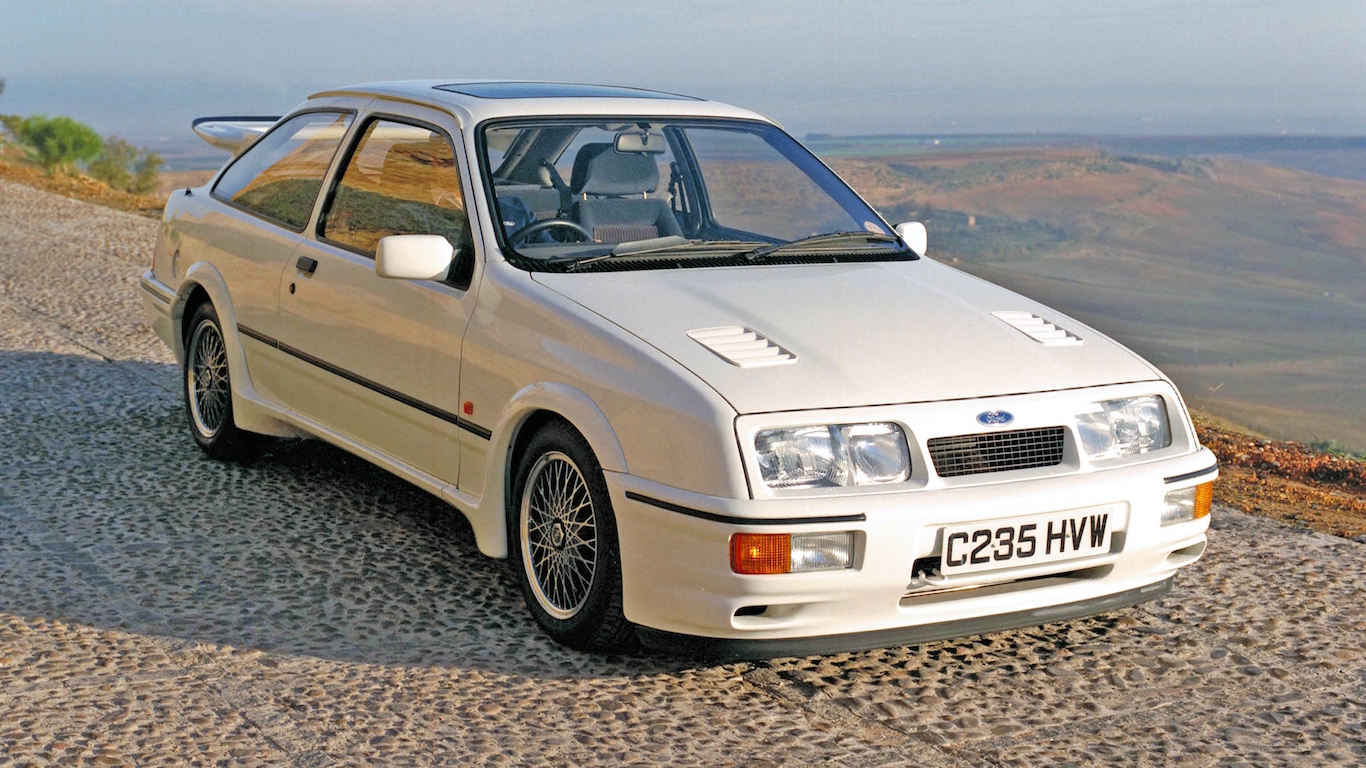 After Group B came Group A, covering both rally and touring cars. The FIA hoped manufacturers would concentrate on milder production-based machinery, with higher homologation requirements of 5,000 road cars. Ford took the three-door hatchback Sierra and turned it into an unstoppable force in touring car racing, with 15 major championship wins. Over 5,000 road cars were produced, featuring a 2.0-litre turbocharged Cosworth engine making 204hp. A later RS500 evolution model would offer even more power and extra tweaks to keep the Sierra competitive. 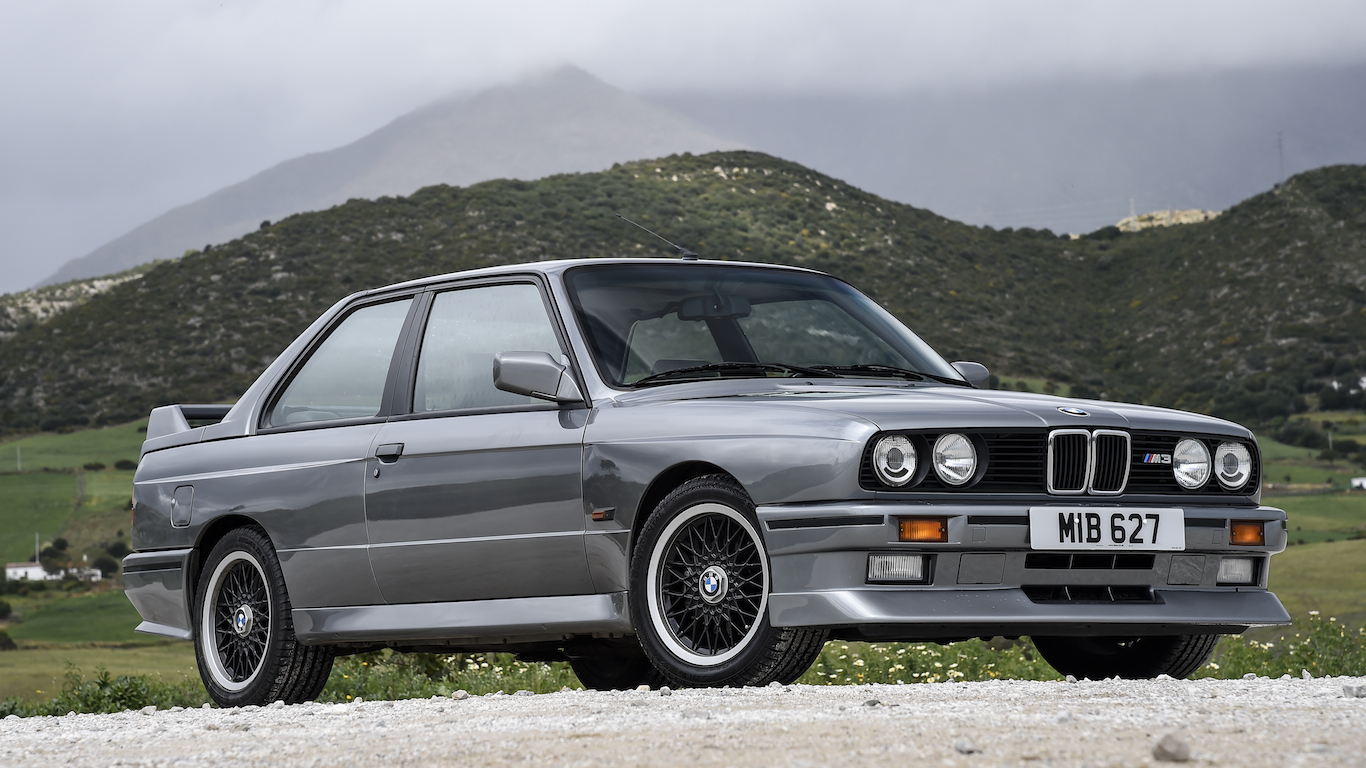 Built for Group A touring car racing, the E30 M3 would also find itself competing in tarmac rallying too. Victories in 18 championships across the globe demonstrated its capability on track, but it also had a lasting legacy as a road car. Initial E30 M3s featured a 2.3-litre four-cylinder engine sending 192hp to the rear wheels. Later Evolution cars would feature up to 235hp, with even wilder bodywork. A total of 16,000 examples were produced in total, with demand remaining strong today. 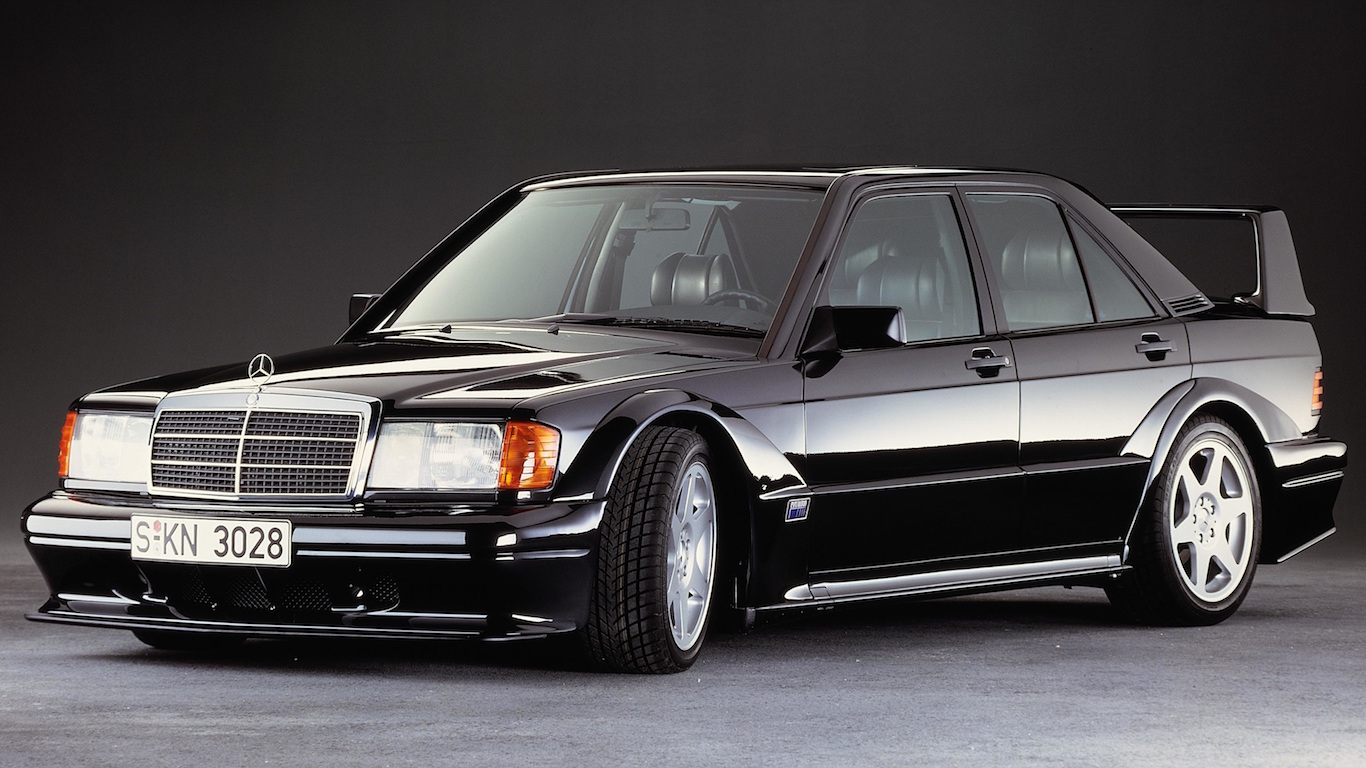 This definitely isn’t your grandfather’s Mercedes! Initially developed for rallying, the 190 E 2.5-16 developed into a purebred touring car racer. The Evolution II was the ultimate version, which featured a Cosworth-developed 2.5-litre engine with 235hp, combined with a five-speed dog-leg gearbox. Lowered suspension, which was self-levelling at the rear, along with a limited slip differential was also standard. Most iconic though was the dramatic adjustable rear wing fitted to the 502 homologation cars. 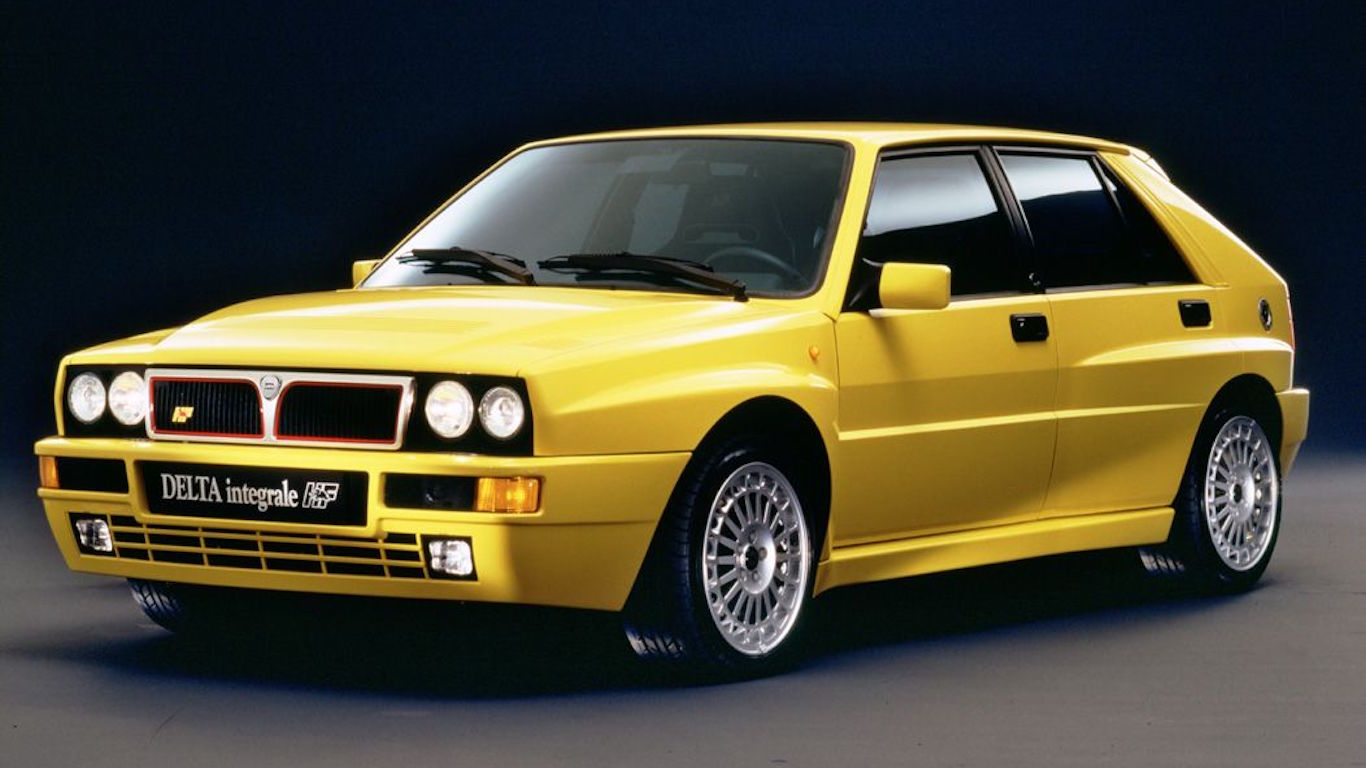 After the demise of Group B, Lancia were best placed to capitalise on Group A regulations. The Delta HF hatchback already had a 4WD and a turbocharged engine, meaning it could be homologated and developed with ease. WRC glory came with six consecutive Constructors’ titles between 1987 and 1992. The later Evo I road cars had 210hp, and were capable of 0-62mph in 5.7 seconds and a 137mph top speed. 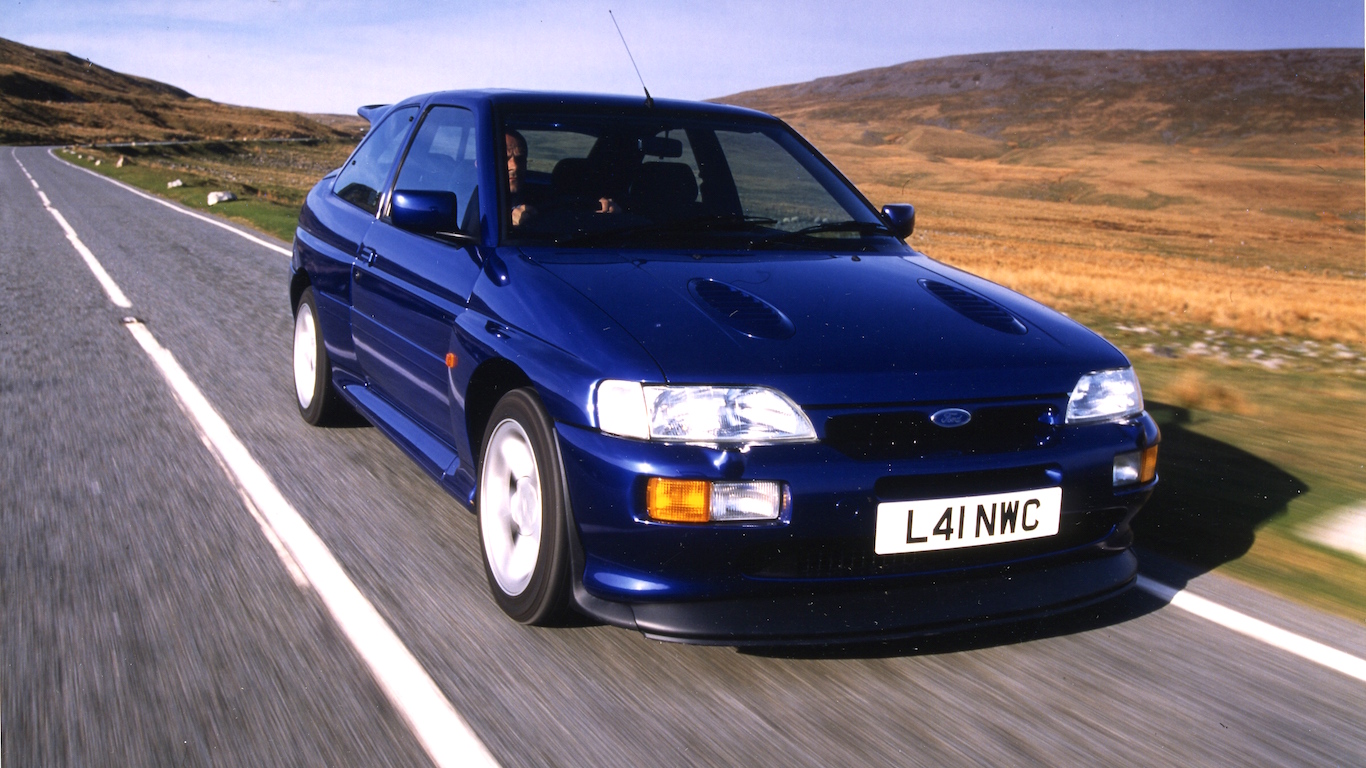 We’ve seen this one before, but wearing different clothes. Whilst the Escort RS looked like Ford’s humble hatchback, underneath it was actually the chassis and mechanics from the Sierra RS Cosworth. Built for the WRC, the first 2,500 cars were earmarked for homologation, but total production would reach over 7,000. Road cars featured the giant ‘whale-tail’ rear wing, a 2.0-litre turbocharged engine with 227hp, permanent 4WD, and a set of Recaro front seats. As part of the Ford RS legacy, the ‘Cossie’ still demands respect today. 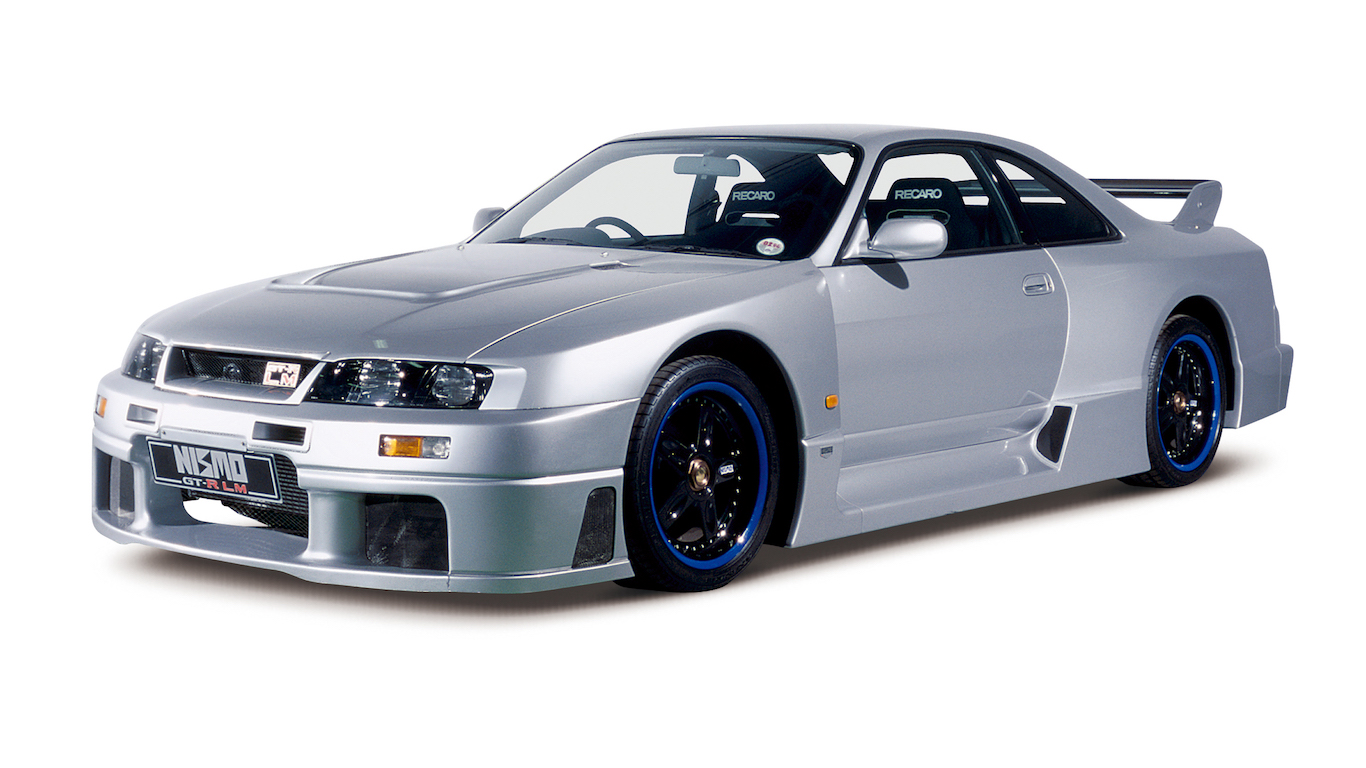 Homologation requirements for the GT1 class at Le Mans in the mid-1990s were low. So low that a single road car would be enough. This meant NISMO could go wild, with massively widened bodywork, unique front and rear bumpers, plus ditching the standard 4WD system of the GT-R for the race car. Converted to rear-wheel drive, the back wheels were solely responsible for managing the 600hp from the 2.8-litre straight-six turbocharged engine. The road car was left with only 300hp. Although registered in the UK, the sole 1996 car was never offered for sale, and now resides in Nissan’s Zama Heritage Centre. 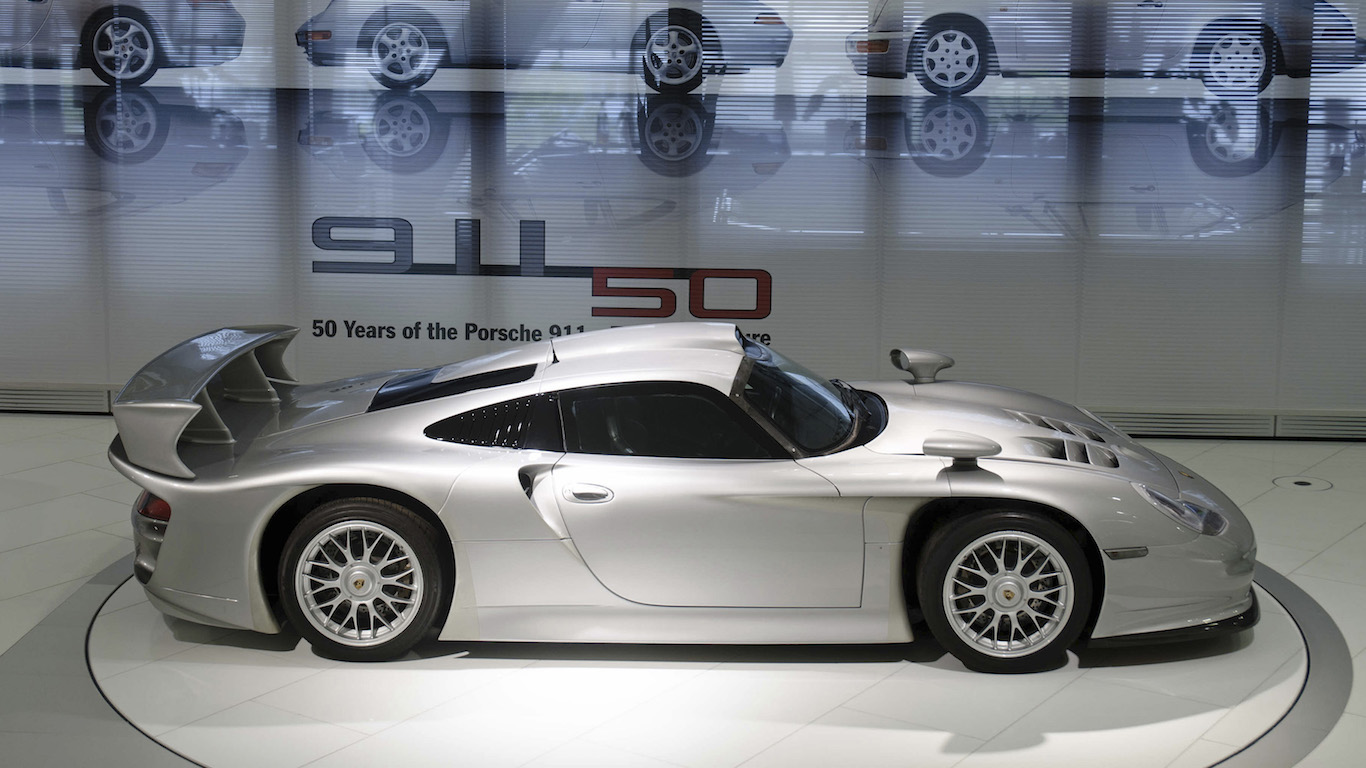 Long associated with Le Mans, Porsche took advantage of the GT1 regulations to create a bespoke race car that borrowed the name from the 911 sports car, but little else. The 600hp twin-turbo flat-six engine was taken from the older 962 racer and, unlike the 911, was mounted in the middle of the car. One sole road car was made to be homologated in 1996, whilst a further 20 examples were built in 1997 featuring updated headlights from the newer 911. Although detuned to 537hp, the street version could still do 0-62mph in 3.7 seconds and 191mph flat-out. 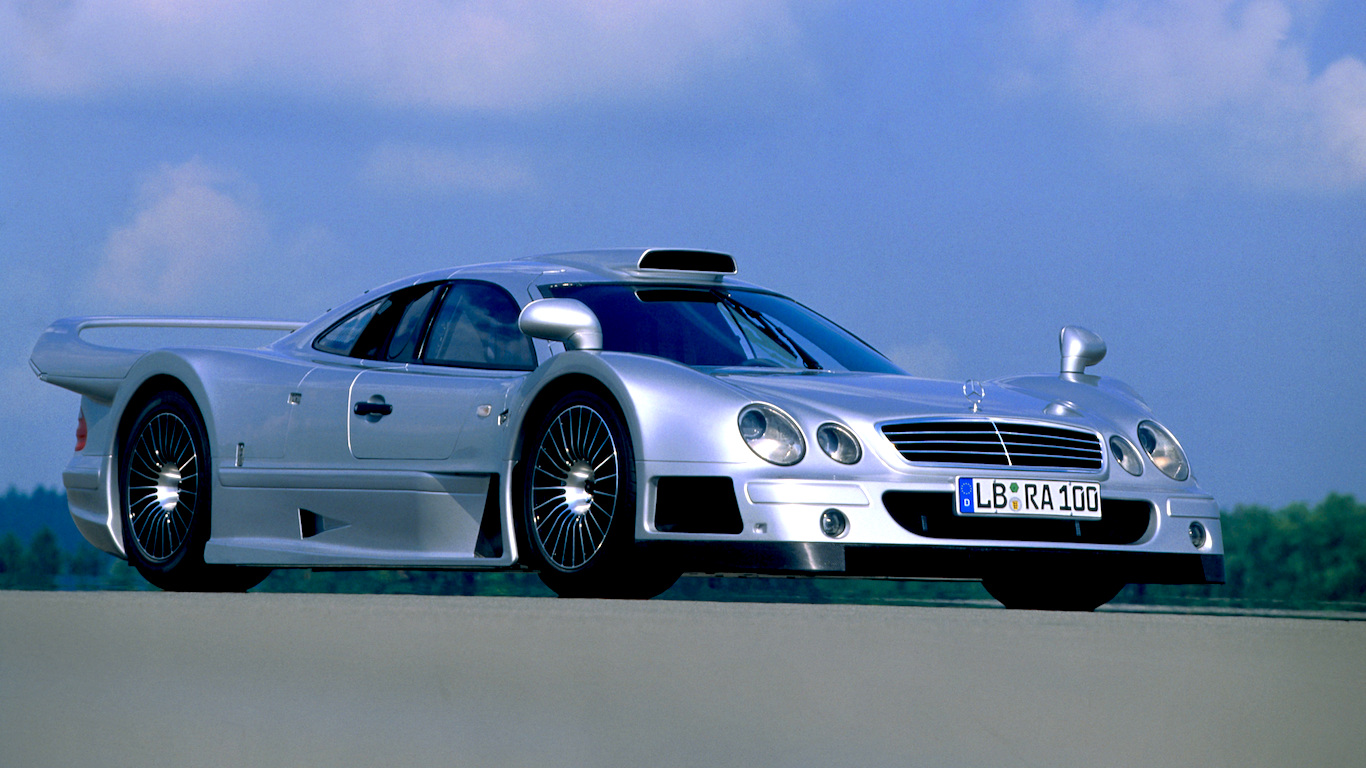 Create a custom, mid-engined, prototype racer. Insert a 600hp 6.0-litre V12 into the middle. Add on lights and grille from a road car, and you have the Mercedes-Benz CLK GTR. It was good enough for Mercedes to take victory in both driver and manufacturer categories of the 1997 FIA GT Championship. A total of 26 road-going CLK GTRs were built, split between 20 coupes and 5 roadsters. At launch, the CLK GTR was the world’s most expensive road car, with a list price of $1million in 1998. Today, prices can achieve up to $1.8million (£1.5million) at auction. 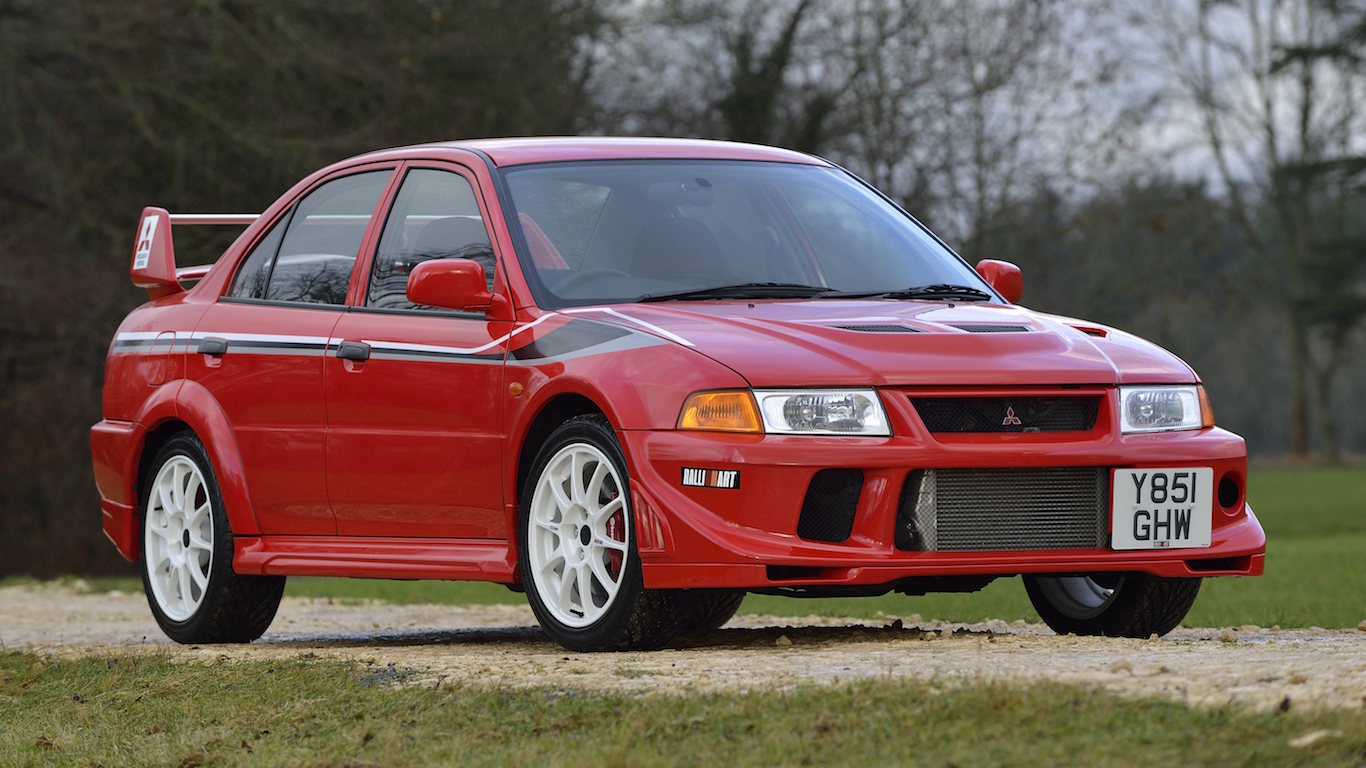 Group A regulations had been replaced in rallying by 1997, with new World Rally Car rules in place. However, Mitsubishi continued the lineage of the Lancer Evolution series under Group A homologation. It worked, with the Lancer Evo seeing championship success in both 1998 and 1999 at the hands of rally legend Tommi Makinen. The road car bearing his name featured a revised front bumper, new titanium turbocharger, and 17-inch white alloy wheels. 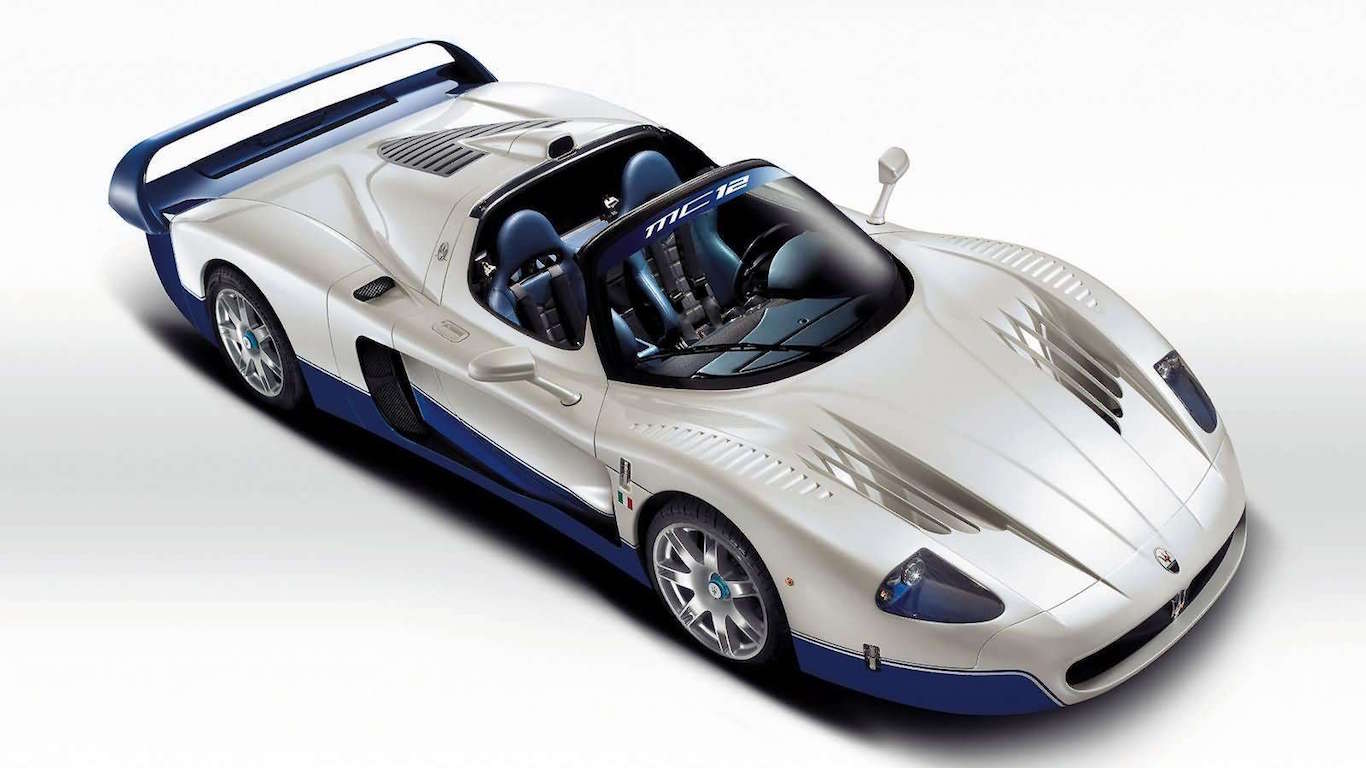 With a desire to return to GT racing after decades away, Maserati looked to Ferrari for a starting point. Maserati took the chassis and engine from the Enzo Ferrari, created custom lengthened bodywork for greater downforce, and entered the MC12 into the FIA GT Championship. A total of 50 road cars were produced, with each car pre-sold to loyal customers. The 6.0-litre V12 made the street version fast – with a 205mph top speed – but reviewers were divided as to whether it worked on the highway. 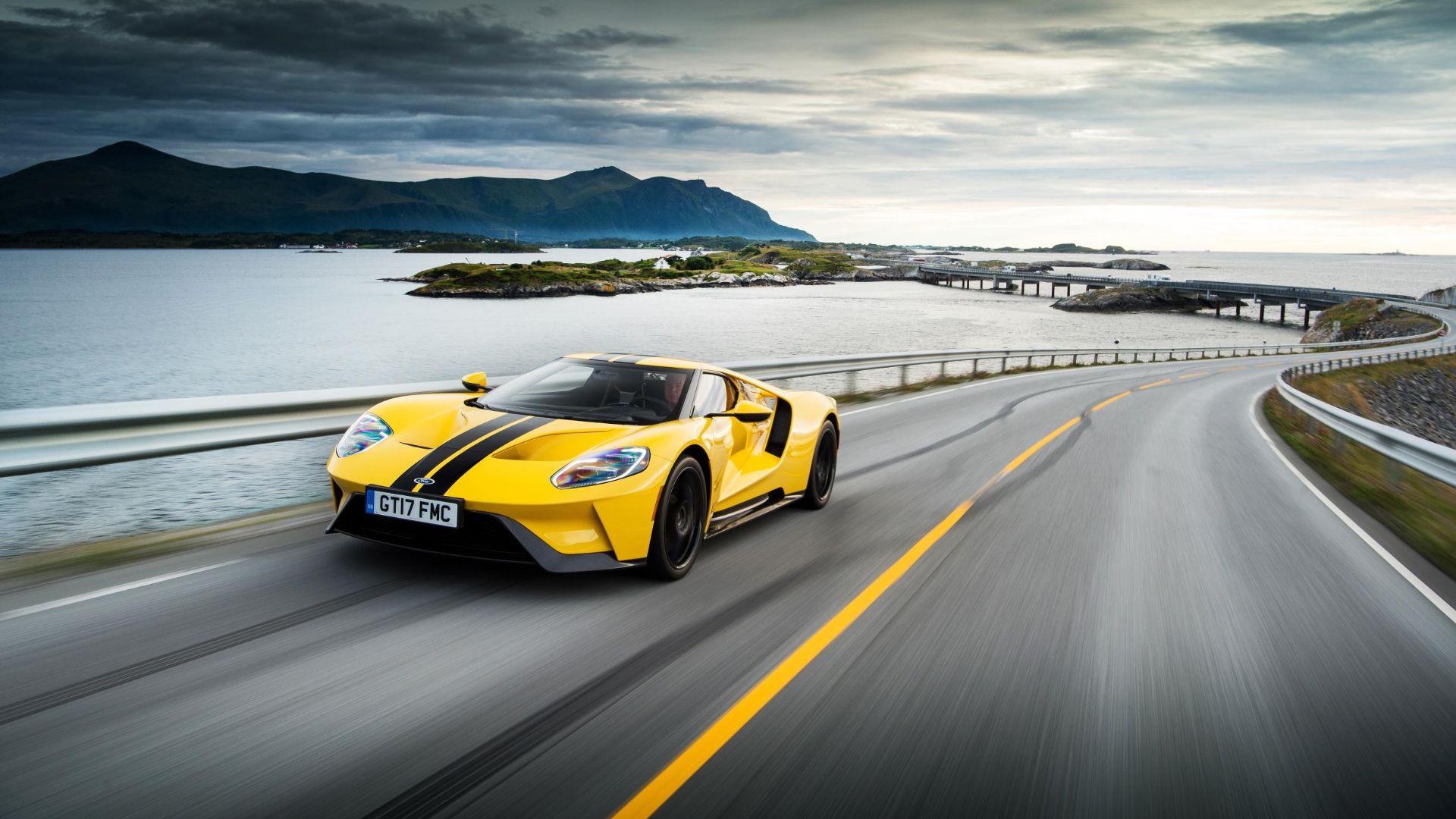 Ford made no secret of the fact that the current Ford GT was a racing car first. At the advent of the project, the vision – which became a reality – was a class win at Le Mans in 2016. To be eligible, there had to be a road car, and so the GT was born. It was the closest thing to Porsche and Mercedes GT1 racers in nearly 20 years. With more than 600hp, it’s much more powerful than the racer and has active suspension and active aerodynamics. Options included carbon fibre wheels and heritage liveries harking back to Ford’s inaugural Le Mans victories of the 1960s. Now, four years on, the GT is one of the most sought-after supercars of modern times, in spite of the furore around how you actually buy one – and the rules imposed once you do. 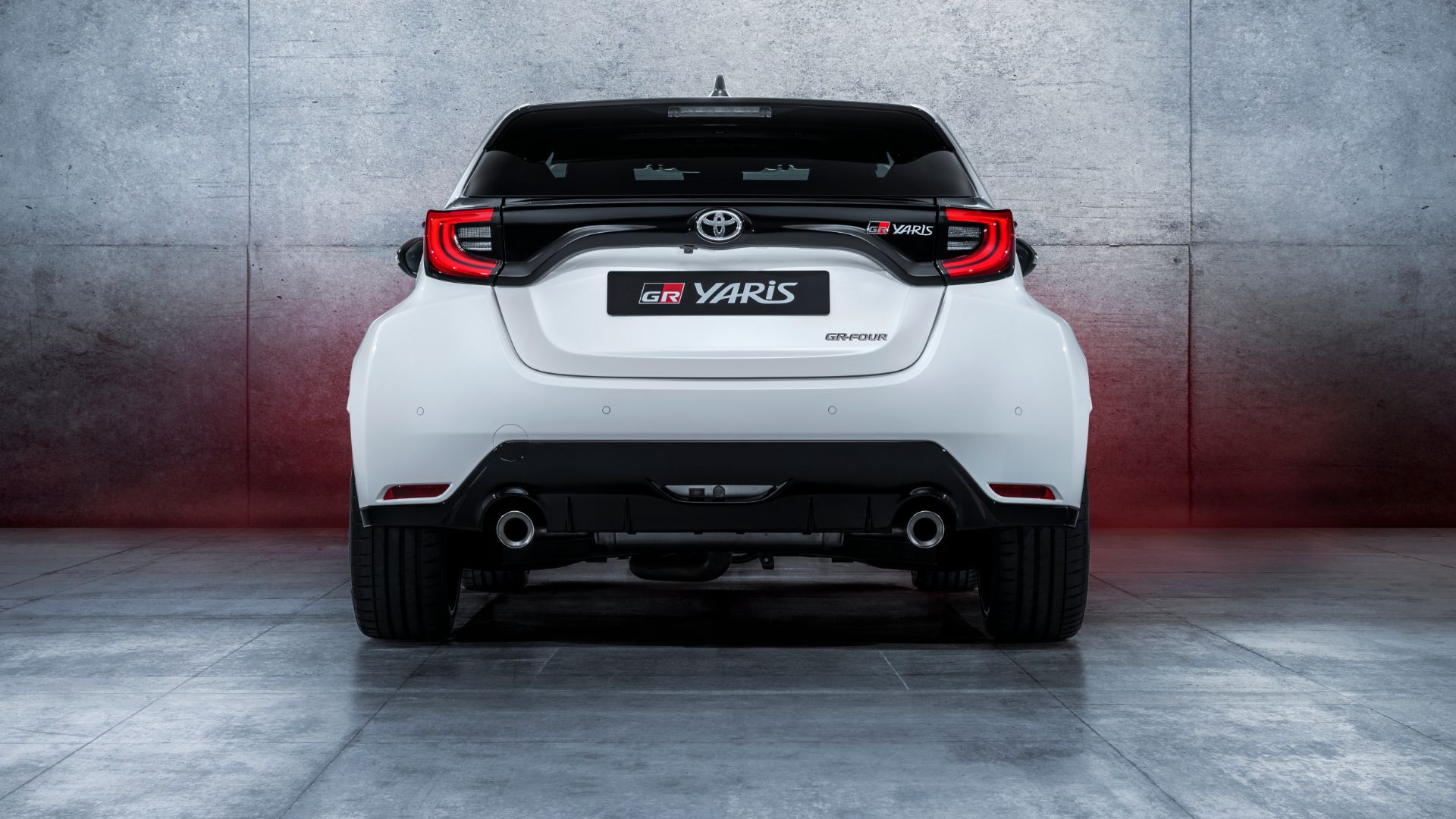 Aping the fat-arched go-faster masters of the 1980s, the latest homologation hero is, of course, the Toyota GR Yaris. Unlike the Polo above, this really is a comprehensive job. We don’t know the price yet for this ultra-bespoke hot hatch, but it won’t be cheap. Then again, we’re not sure how expensive it’d have to be to put us off…