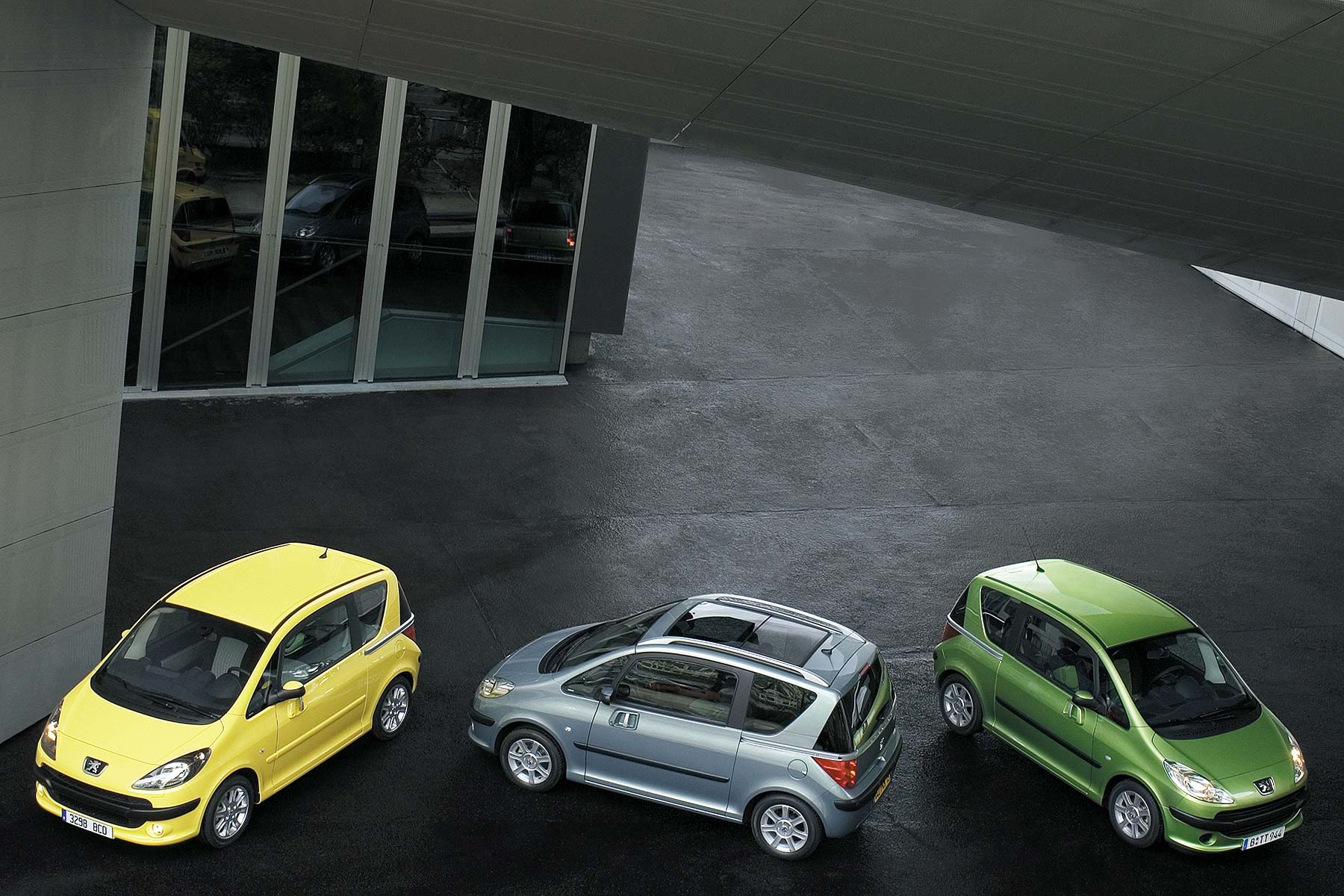 About eight years ago, I happened to be standing in a Peugeot dealer’s parts department. I can’t remember why.

But what I do remember was one of those carousels from which bagged objects can be hung, a bit like those rotary stands used to display greetings cards. Dangling from it were several bags containing pairs of brightly coloured rings, each about the diameter of a small saucer.

It took a while, but eventually I worked out what they were. Apart from being bags of misplaced optimism on Peugeot’s part, they were decorative trim rings for the airvents of the company’s new 1007 hatchback. Which if you can remember it, was a small, slightly ungainly-looking city car with an enormous pair of sliding doors. 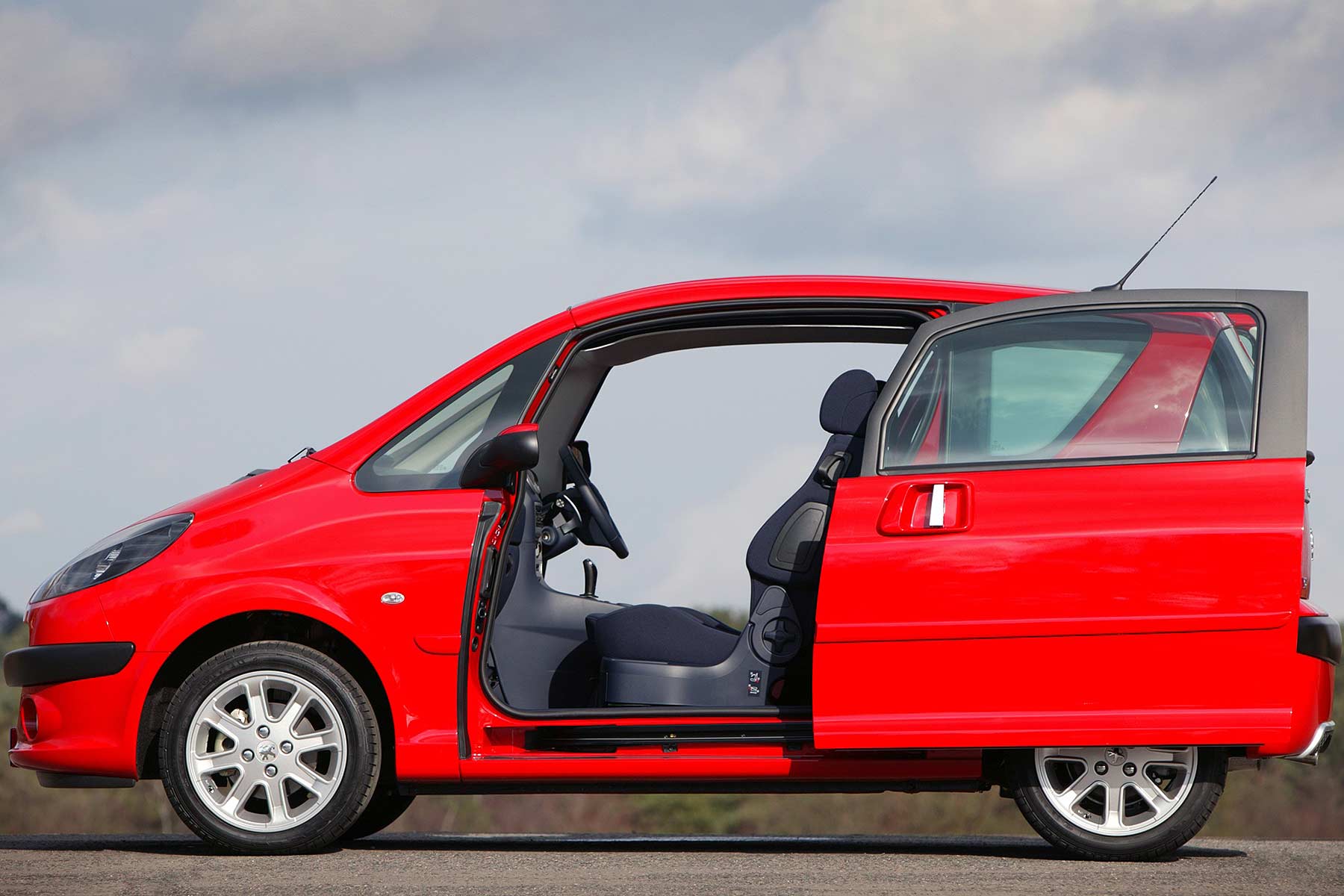 The vent-ring thing was about giving your 1007’s interior a light makeover by changing the colour of various pieces of décor to achieve a funky new look. Trouble was, the 1007 looked about as funky as an application form. In essence it was a large, squarish box with a sloping nose sitting on wheels whose undersizing made it look too tall for its footprint.

Flat-flanked to allow for its door runners and vertically tailed for clunk-free reversing, the 1007 resembled a brightly coloured and slightly embarrassing urban reconnaissance vehicle. It was also quite a clever, and brave, new take on a city car. 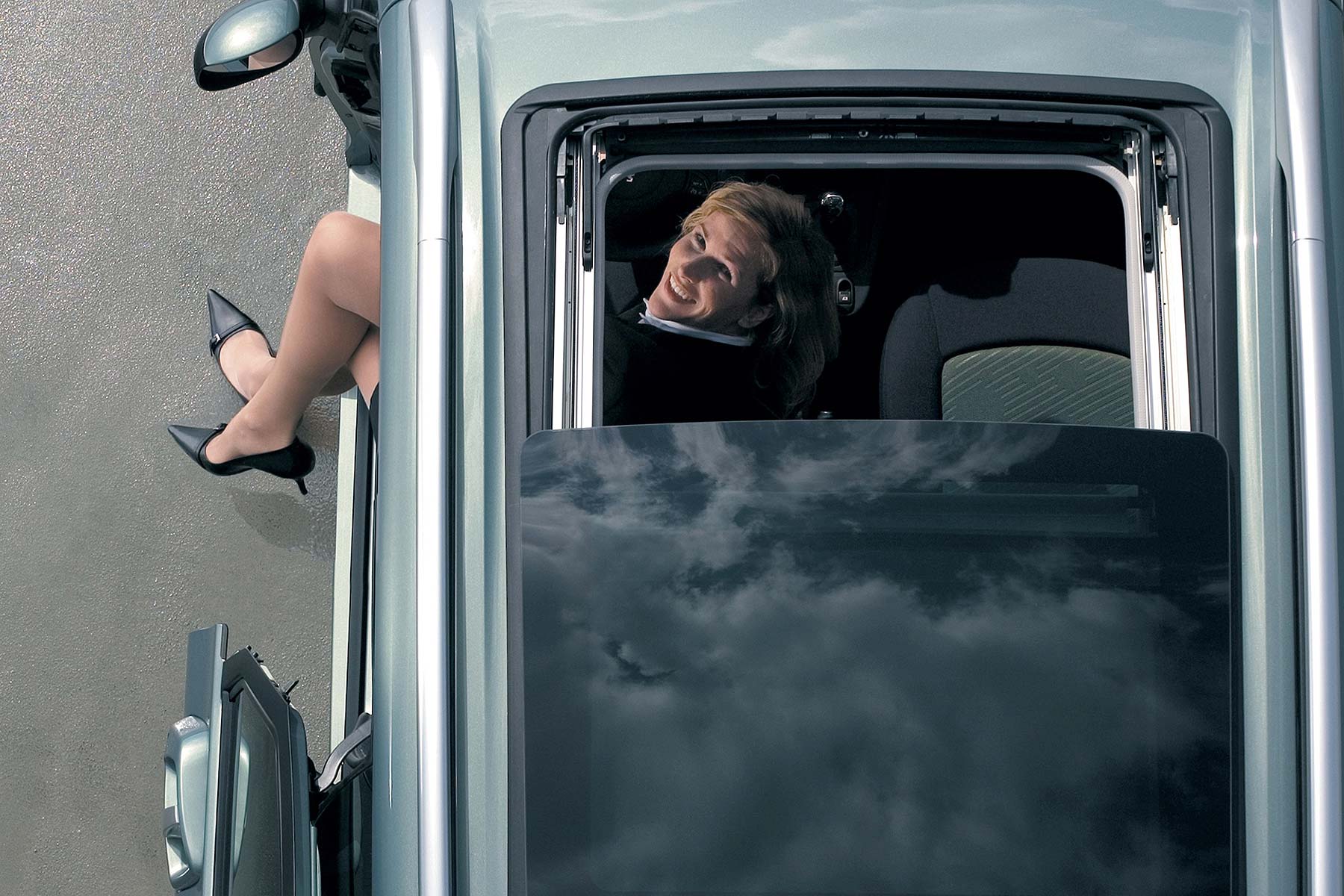 The 1007’s doors slid rather than swung to enable its occupants dignified exits in tight places. Its boxy shape made it dead easy to park, the view out was terrific through its deep front screen and the task of opening an electrically-powered door was about as effort-free as it could be short of having a minion perform the task for you. Effortless but tedious, the Peugeot’s doors advancing and retreating with all the haste of a shifting tectonic plate.

Or that’s how it felt if you were in a hurry and waiting for this motorised panel to complete the journey to the end of its rail, before unhurriedly whirring back again. If it was windy, or blowing horizontal rain, you’d get a faceful of weather while your door did its linear dance. So it was luxurious, but not entirely convenient.

And this being a French car rather than Japanese or German, there were worries that its sizeable sliding panels might malfunction. Surprisingly, you could drive a 1007 with its doors open – these days that entertaining option would surely be locked out by a tiresome electronic health and safety gendarme – but they actually seemed pretty reliable. They were also quite expensive to engineer and make, which is why Peugeot priced its bold new city car high. 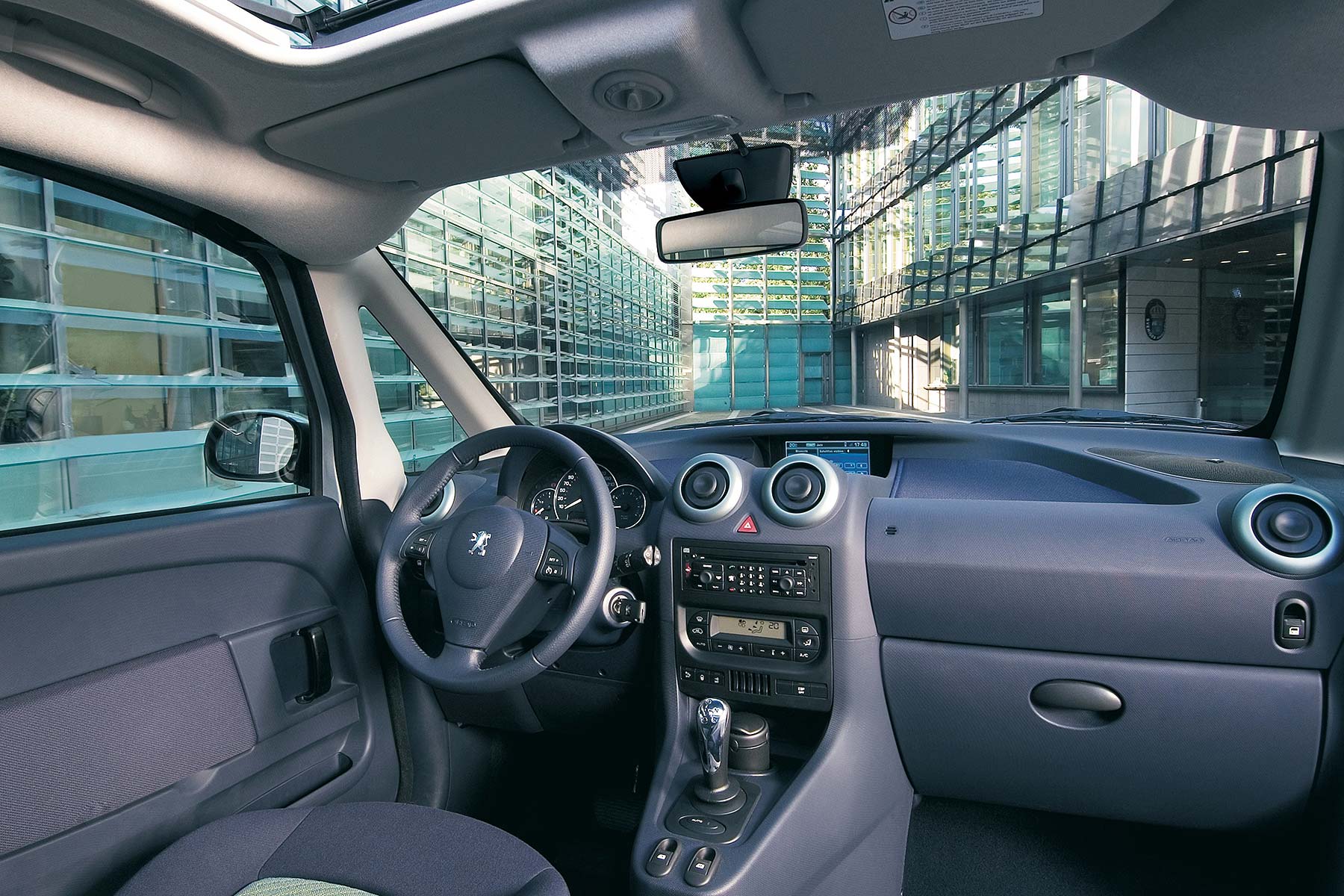 But you did get value in other, slightly unexpected directions. This modestly scaled car contained no less than seven airbags, scoring it the full five star euro-NCAP crash performance stars – it was the second-highest scoring model that the agency had tested at that point. It was generously provisioned too, every example getting air conditioning, a heat resistant athermic windscreen – just as well given its cabin-broiling potential – a trip computer and reassuringly given its apparently lofty centre-of-gravity, ESP electronic anti-skid control.

Though in fact, the 1007 cornered rather well. It arrived at a point when Peugeot’s once stellar reputation for handling was ebbing away like air from a slow puncture, and the 1007 certainly didn’t look like the device to deliver a reputational reflation.

But though it looked about as gainly as a Reliant Robin with a gnome-laden roofrack, it handled pretty tidily, and was often more pleasurable through bends than the 207 launched shortly afterwards. 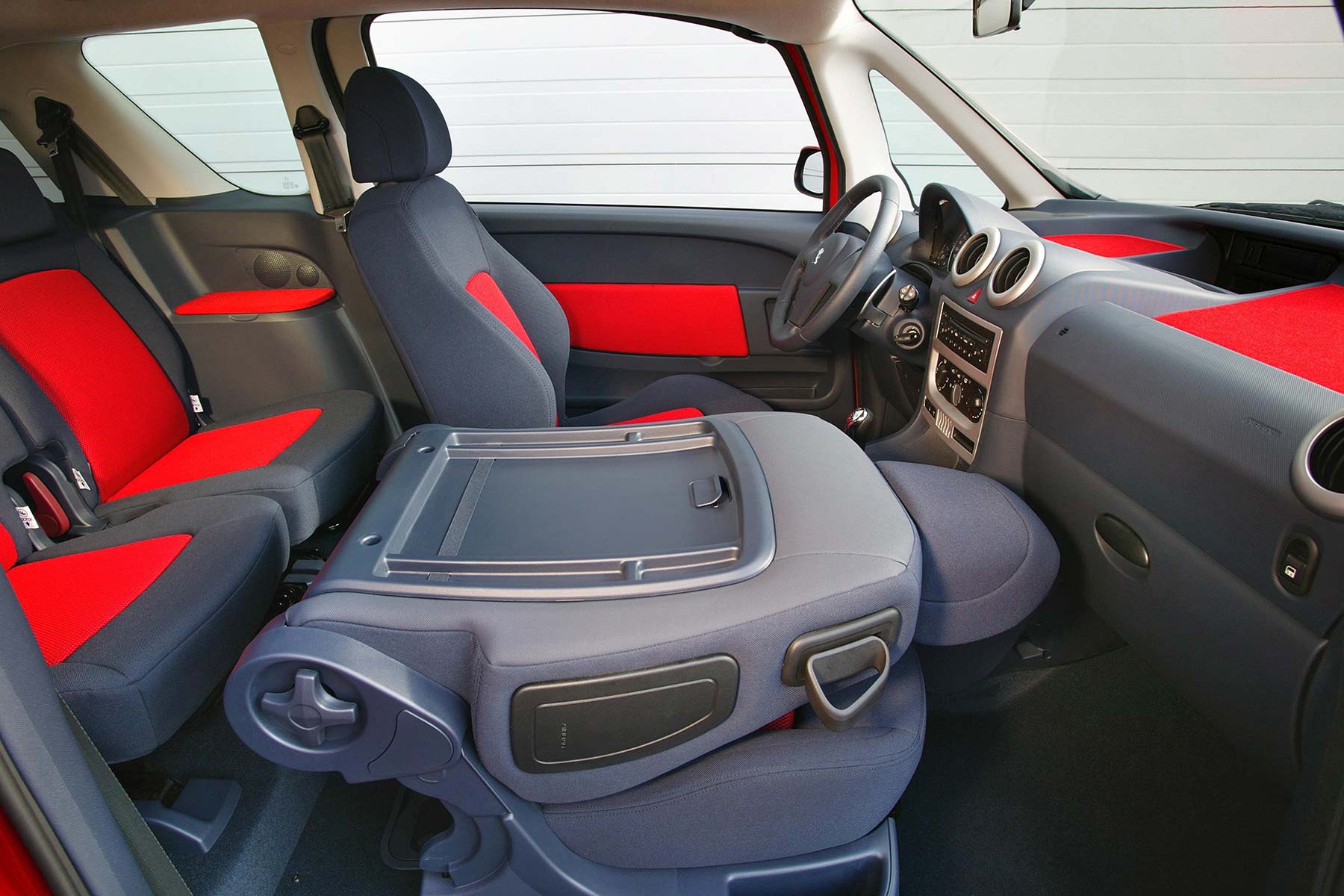 It was also quite neatly finished and decently equipped. And you could add the so-called Cameleo kit, enabling you to switch your airvent trim rings, cloth dashtop pads and door car insets to a set of different hue. There could have been a game in seeing if you could complete a swap before the doors had completed a single cycle of opening and closing.

None of which was enough to tempt buyers out of the far cooler new Mini, nor plenty of less interesting competitors either. The 1007 might have made sense in the city, but not at the prices Peugeot was asking and not with a look that had a Mr Bean aura about it. 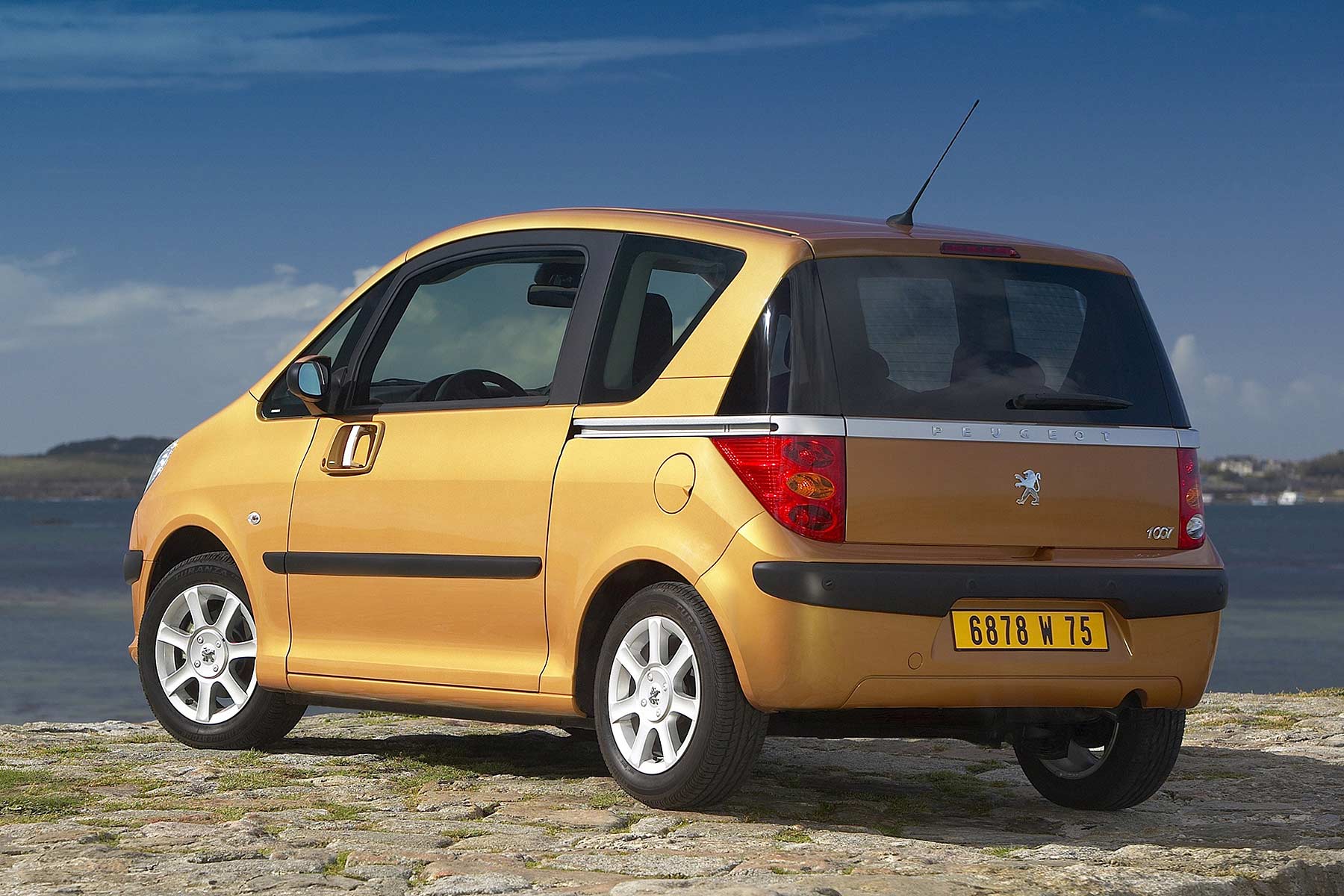 Less than a year after its 2005 UK launch Peugeot was chopping £4000 off the price, and a mere three years after that the 1007 had been withdrawn from the UK. A year later the guillotine fell after less than 114,000 had been built, a number far smaller than Peugeot had aimed for, making it a distinctly expensive experiment for the company.

Today they are cheap – you can pick up an averagely decent 1007 from £1500, and it’s hard to pay much more than £3500 for the best. At that price, this baby Peugeot might make some sense, although there are stories of malfunctioning doors in cold weather.