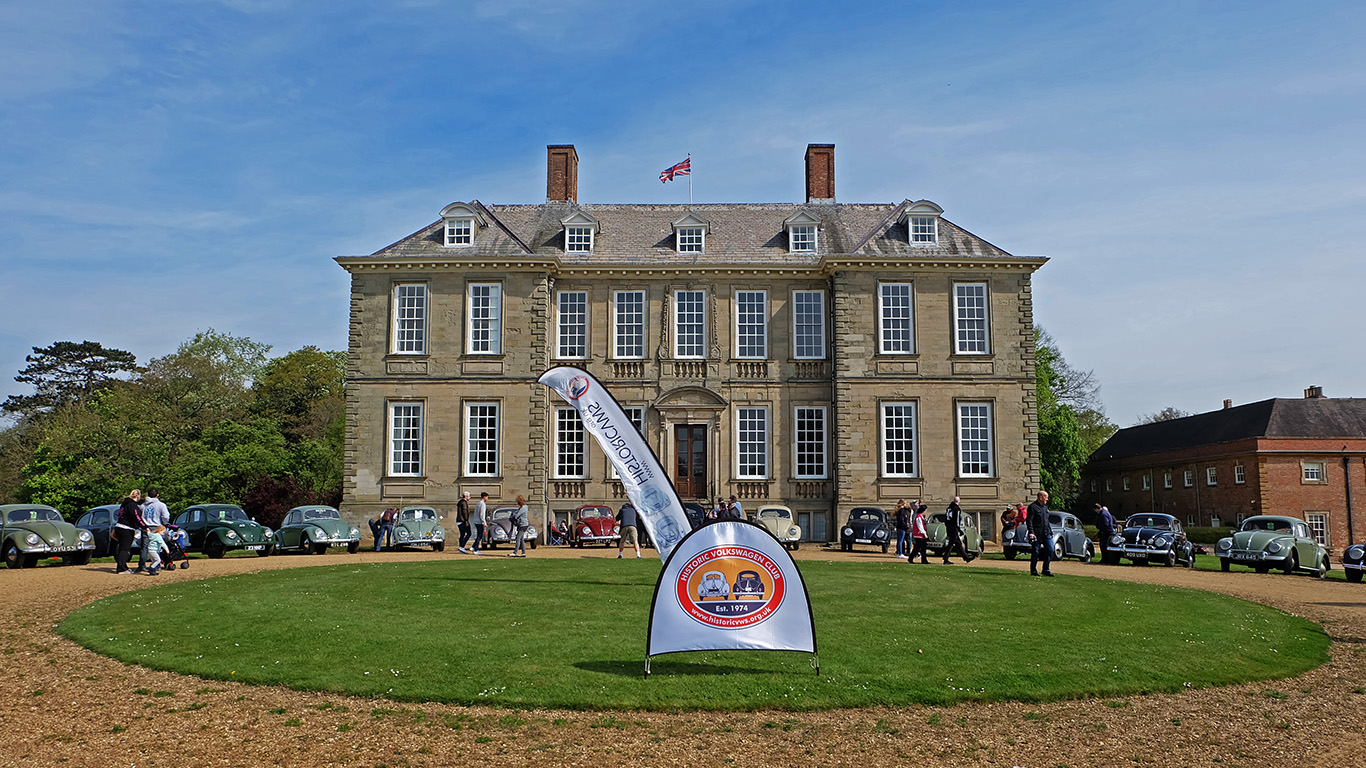 This year marked the 41st anniversary of the Stanford Hall Volkswagen show, set in the grounds of Stanford Hall itself, near Lutterworth in Leicestershire.

The show is organised by the Leicestershire and Warwickshire VW Owner’s Club, and a historic Volkswagen display has been a staple part of the event. 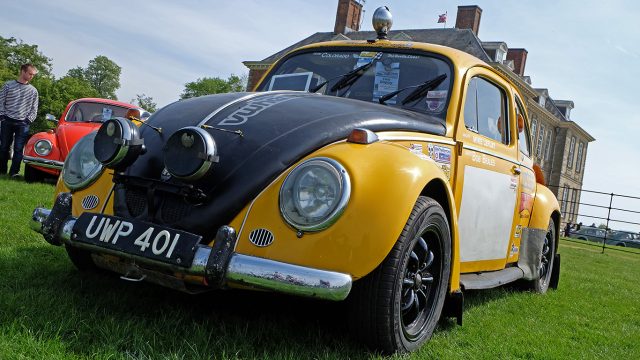 Stanford Hall brings out some of the best air-cooled Volkswagens, and some of the most unusual. ‘Bertie’ is a 1958 historic rally Beetle and driver Bob Beales drove ‘him’ in events as recent as the 2016 Wales Rally GB. 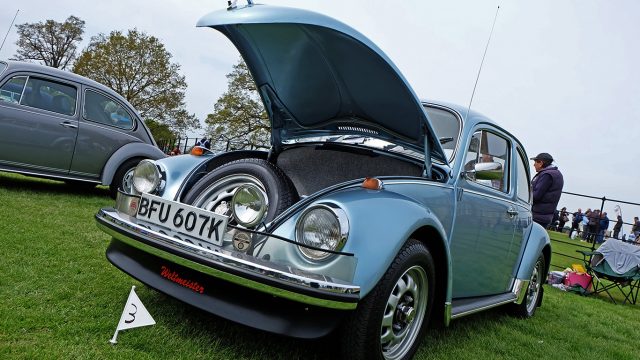 Beetles have long been a key ingredient at Stanford Hall. Amanda Clampin’s 1972 ‘Marathon’ Beetle is well known in VW circles and on the show circuit. She has owned the car for almost two years. 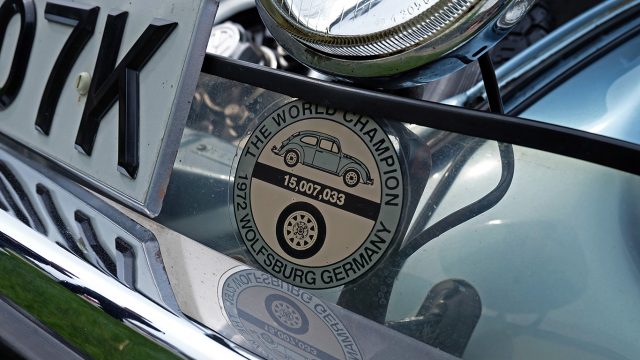 A total of 1,500 ‘Marathon’ Beetles were built for the UK and celebrated the small VW overtaking the Ford Model T as the most-produced car in the world on 17 February 1972. Special features such as 10-spoke alloy wheels and the metallic blue body colour set the Marathon apart. 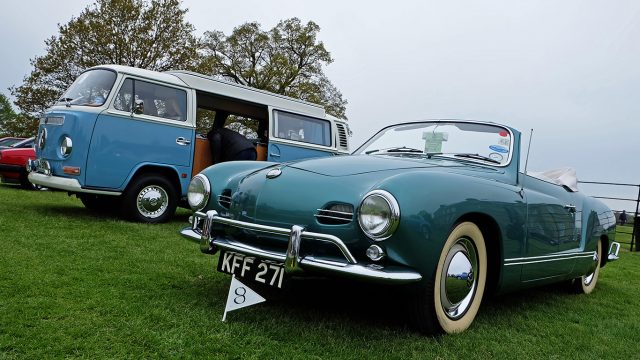 Of course, it’s not all about Beetles, though. Volkswagen’s other classic air-cooled models such as the Type 2 campervan and Karmann Ghia also have a starring role at Stanford Hall. 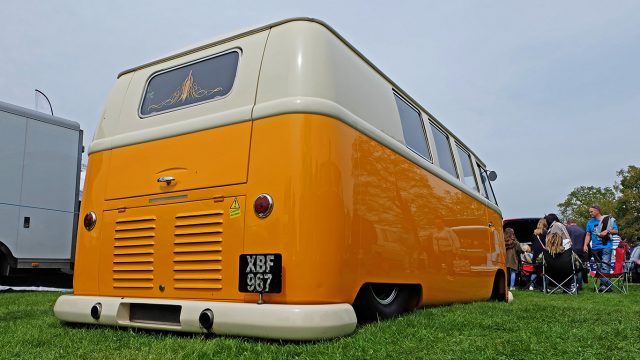 While the show prides itself on standard models, this Type 2 is anything but original, and packs a fearsome V8 punch. Your cutlery and plates would fly out of the cupboards… 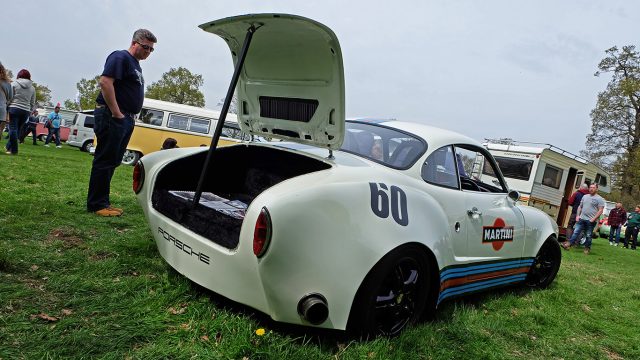 Similarly, this Martini-liveried Karmann Ghia has been inspired by Porsche. A lurid black and red 996/Boxster snakeskin interior features inside, while the running gear is taken from a 2004 Boxster. 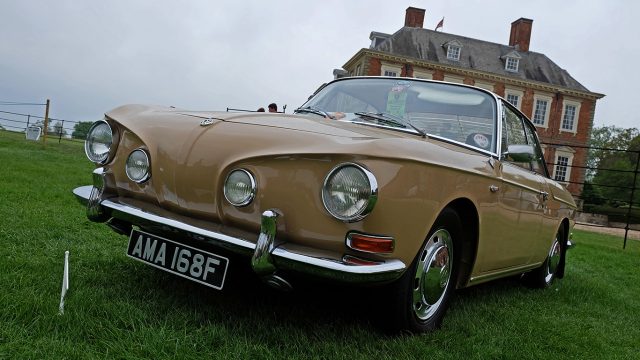 In contrast, this Type 3-based Karman Ghia is as it rolled off the production line at Osnabrück. Introduced in September 1961, the VW 1500 Karmann Ghia is also known as the ‘Razor Edge’. 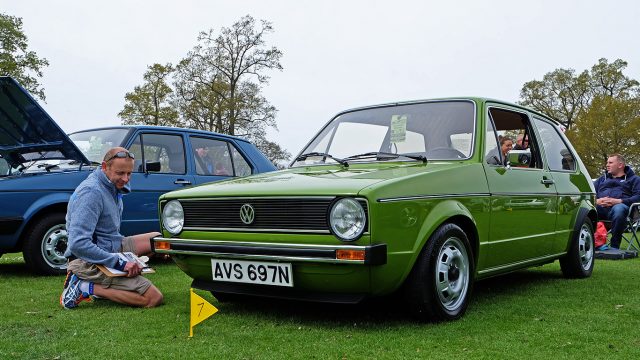 The Concours d’Elegance at Stanford Hall is considered to be the best in the country, specialising in cars of original specification. Sixteen classes cover all VW, Audi and Porsche models and feature gems such as this very early 1975 Volkswagen Golf. 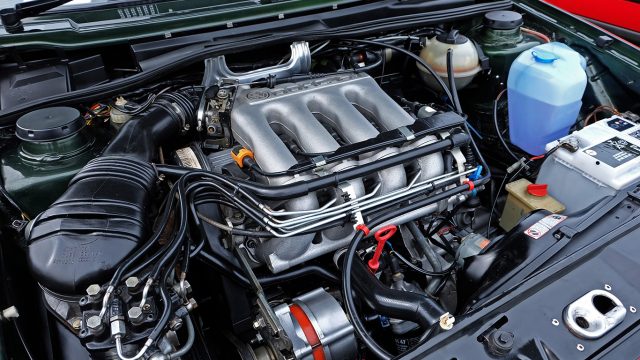 The concours judging is very strict and every car has to be as clean as when it left the factory, with points taken off for dirtiness and non-original accessories. A simpler design means air-cooled engines may be easier to clean than their later water-cooled counterparts. Here, a Mk2 Golf GTI 16V engine is so clean, the proverbial dinner could be eaten off it. 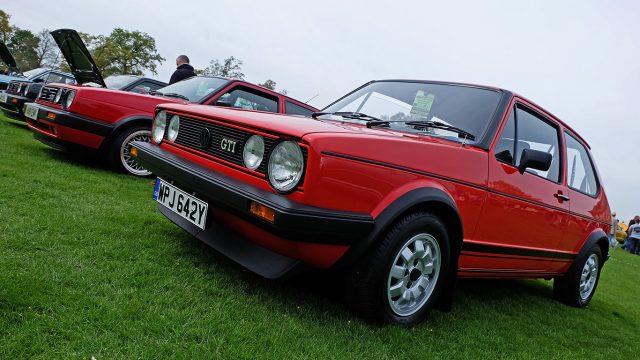 Stanford Hall used to be a predominantly air-cooled Volkswagen show, but in recent years there has been a surge in water-cooled cars’ presence. Golf GTIs are popular concours entrants. 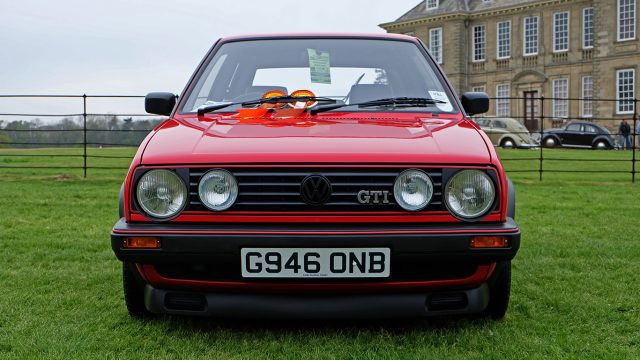 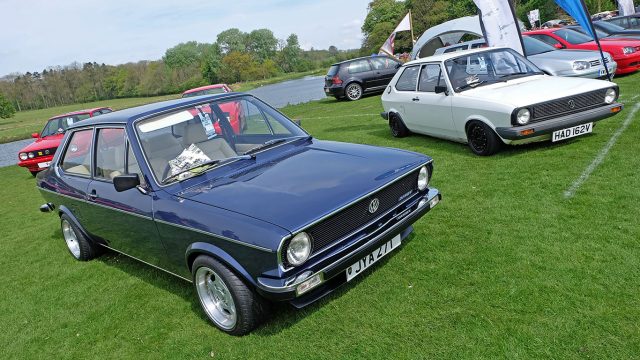 Even Volkswagen’s sometimes ‘forgotten’ models get a look in at the Leicestershire gathering. Older Polos are regularly on display, and Vic Kaye’s booted Derby is one of the best Mk1 models. 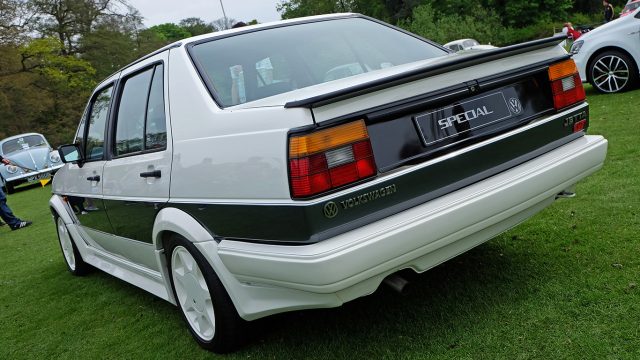 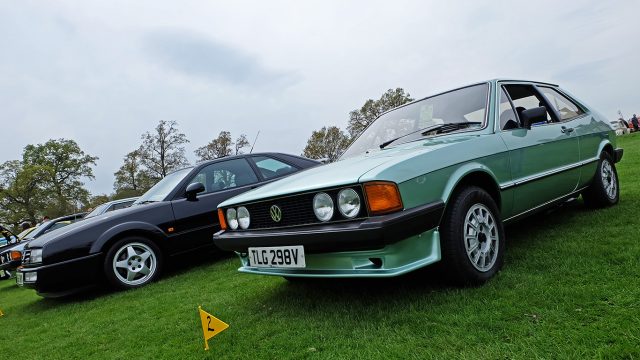 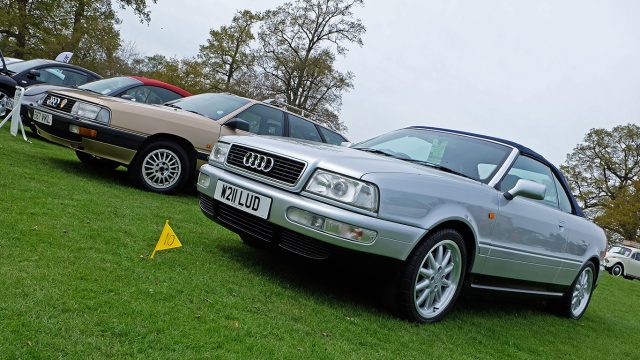 Audis of all shapes and sizes are welcomed into the Stanford Hall concours fold, and there’s probably not a more disparate pairing than this 1980s 200 Avant and late 80-based Cabriolet. 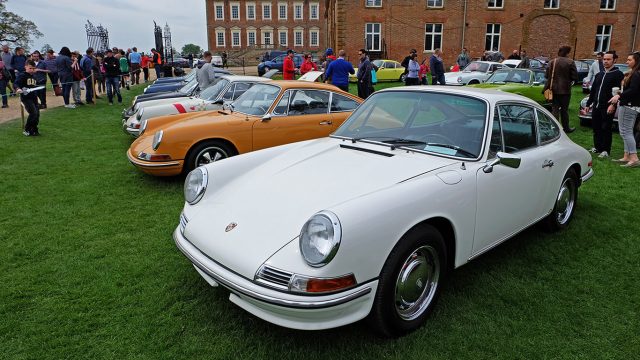 Club stands are an important part of Stanford Hall, and the biggest gathering of Porsche 912s in the UK was aimed for at the 2017 show. We don’t know if that was achieved, but there were certainly more than we’ve ever seen in one place. 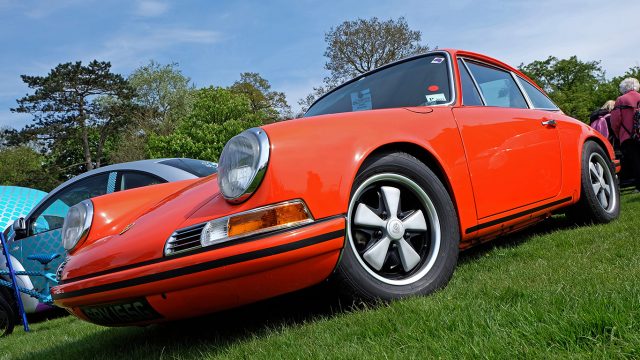 And while the number of four-cylinder 912s may have outnumbered the number of 911s, the 912’s ‘big brother’ was still very much in evidence.