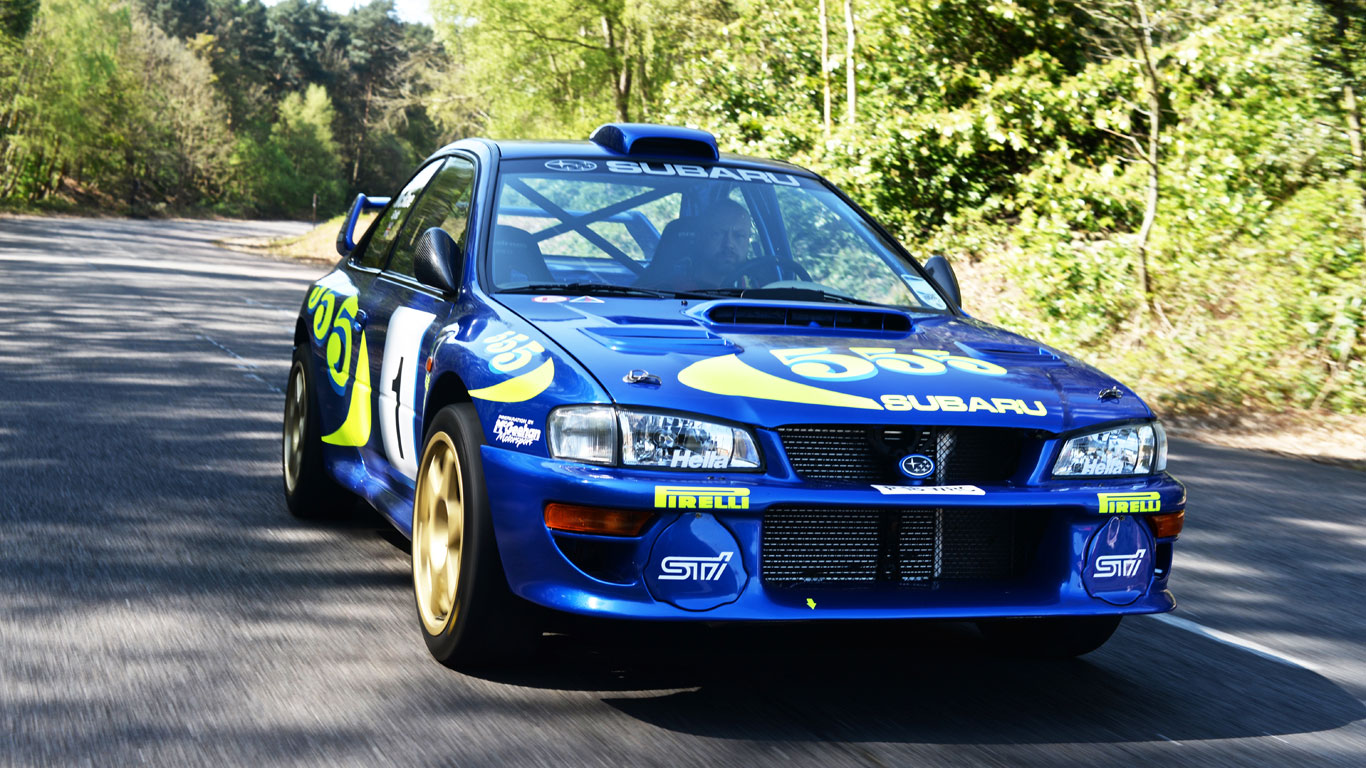 The word ‘iconic’ is dished out like grease-burgers at a grassroots motorsport event, and more often than not the car in question isn’t worthy of the elevated status. But in the case of the Subaru Impreza WRC car of 1997, it’s more than justified.

Put it this way: gather a group of rally enthusiasts to don their team jackets in order to discuss the most successful – and yes, iconic – rally cars of all time, and the 1997 Impreza will be mentioned. Which is why the auction of ‘PRO/WRC/97001’ is a big deal. 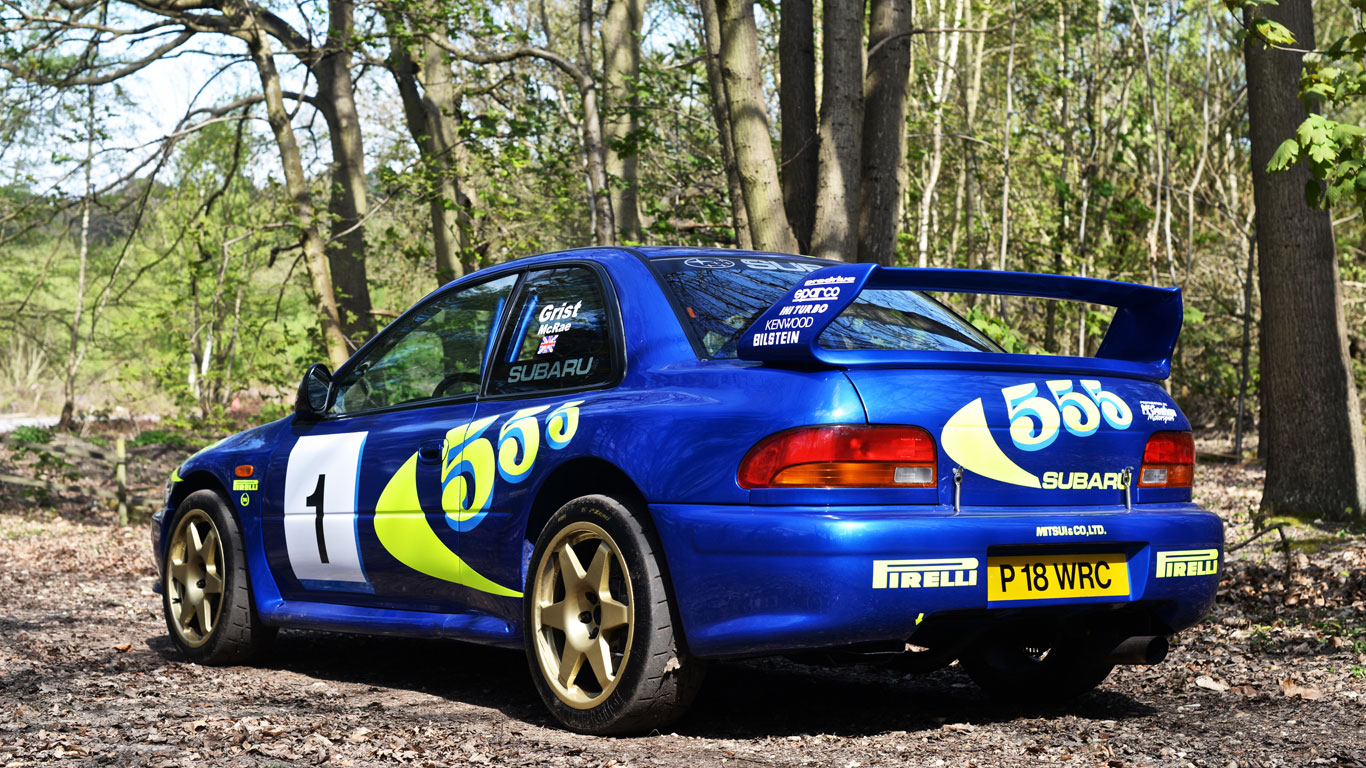 Subaru arrived at the 1997 World Rally Championship on a high, having secured two consecutive constructors’ championships. Victory in 1997 would see Subaru enter the history books as the first Japanese car to win three consecutive trophies.

FIA’s new World Rally Car rules included a relaxation of the homologation restrictions, giving the teams greater freedom. To a firm like Prodrive – the company behind Subaru’s success – this was like being let off the leash and told to go and play. 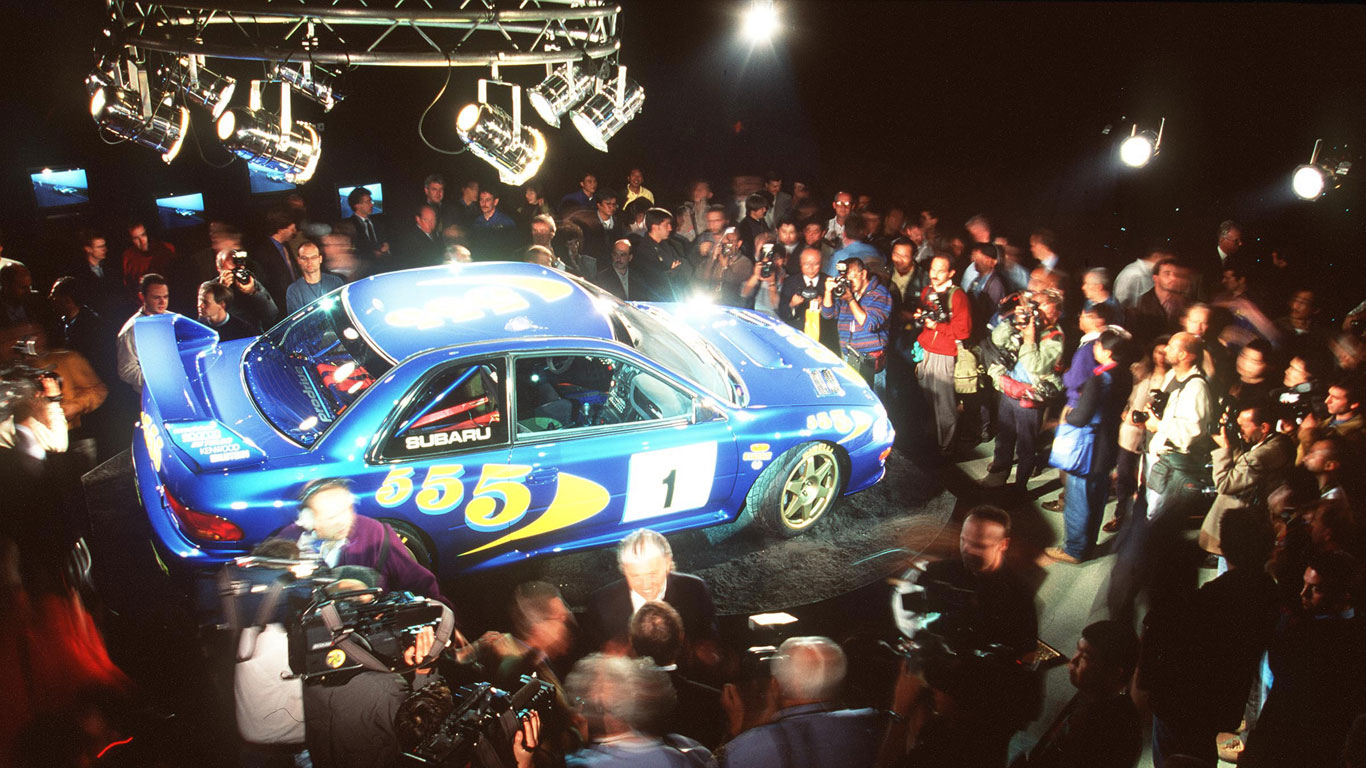 Chassis 001 – which is being sold by H&H Classics at its Woodcote Park auction – was the Impreza unveiled to the public and used as the primary test and development car. The drivers – including the late, great Colin McRae – would spend hours at the wheel, preparing for the 1997 season.

This was the year in which all the planets aligned. Continual development of the Impreza and the earlier Legacy had led 555 Subaru and Prodrive to the point at which a true star could be born: the Impreza WRC of 1997. 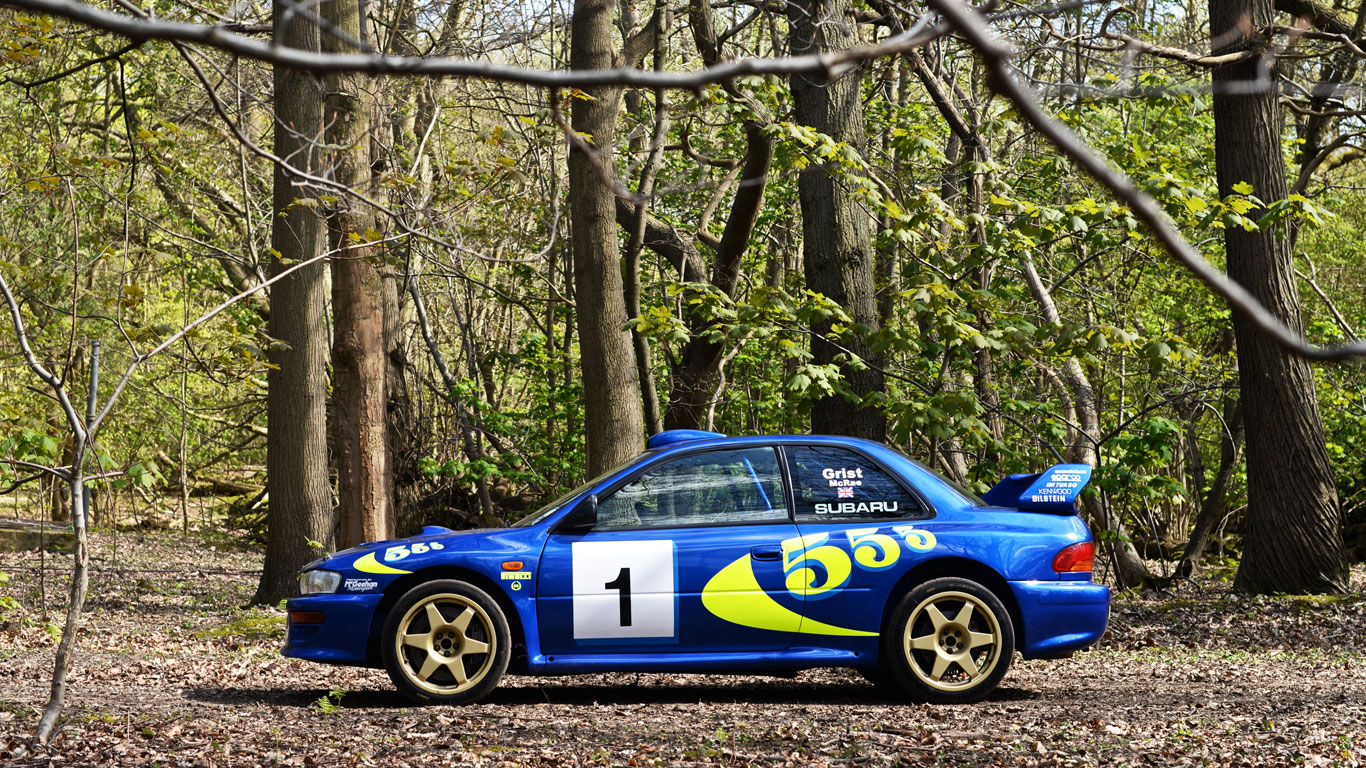 The most obvious visual change was the switch from four to two doors, with the new rally car based on the two-door Retna coupe. Peter Stevens – he of Lotus and McLaren F1 fame – was responsible for the bodywork, which included a new angled grille and airdam.

At the back, the 1997 car featured a larger boot lid spoiler, along with flared arches to match the front, and an exhaust moved from the left to the right of the car. Crucially, the Impreza now generated downforce at speed, and not lift. 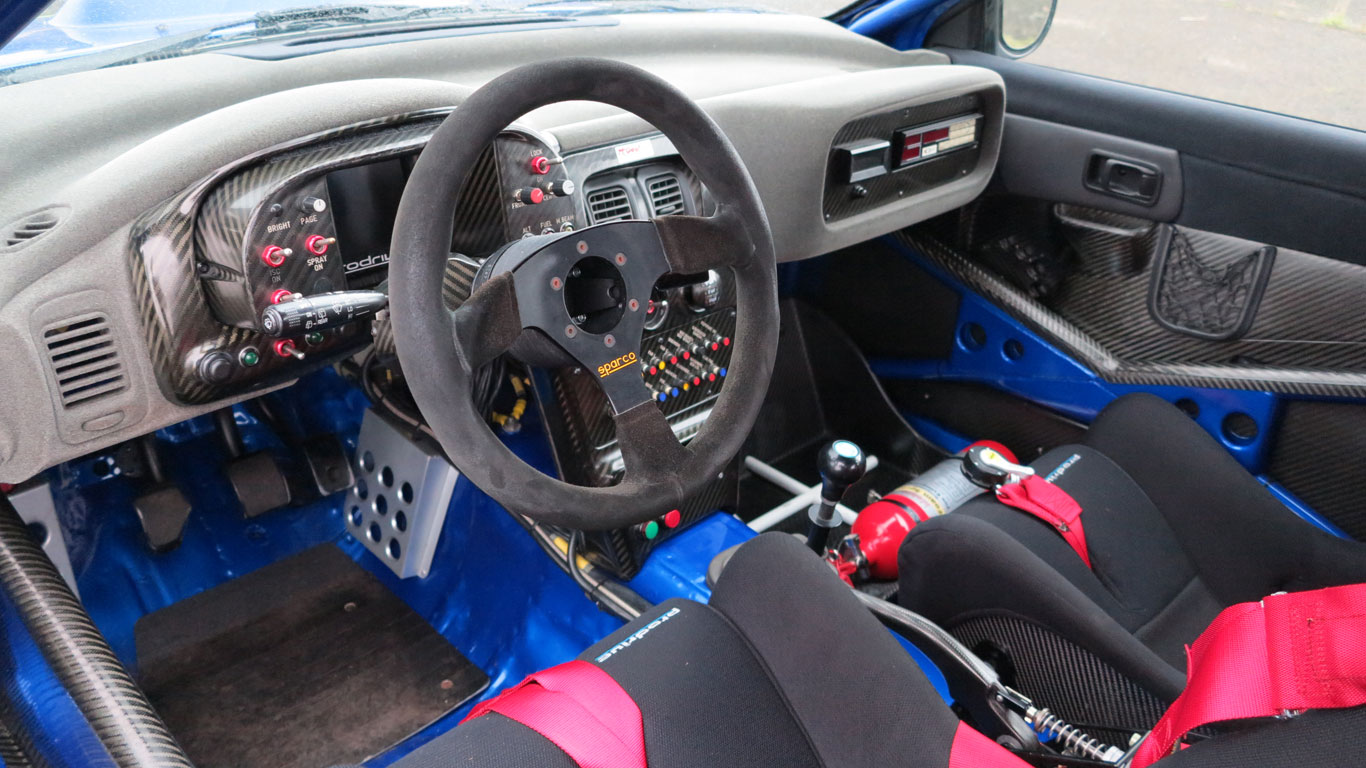 Testing took place at the MIRA proving ground and in Spain, which allowed the engineers to compare the 1997 car with the old version. Speaking to Autosport magazine, Colin McRae said at the time:

“It feels good right away. There’s a lot more suspension travel and so the car doesn’t get airborne in the same way as the old one. It’s a lot wider and so that makes it very much more stable in the corners. I can’t wait to get this car to Monte Carlo next January.” 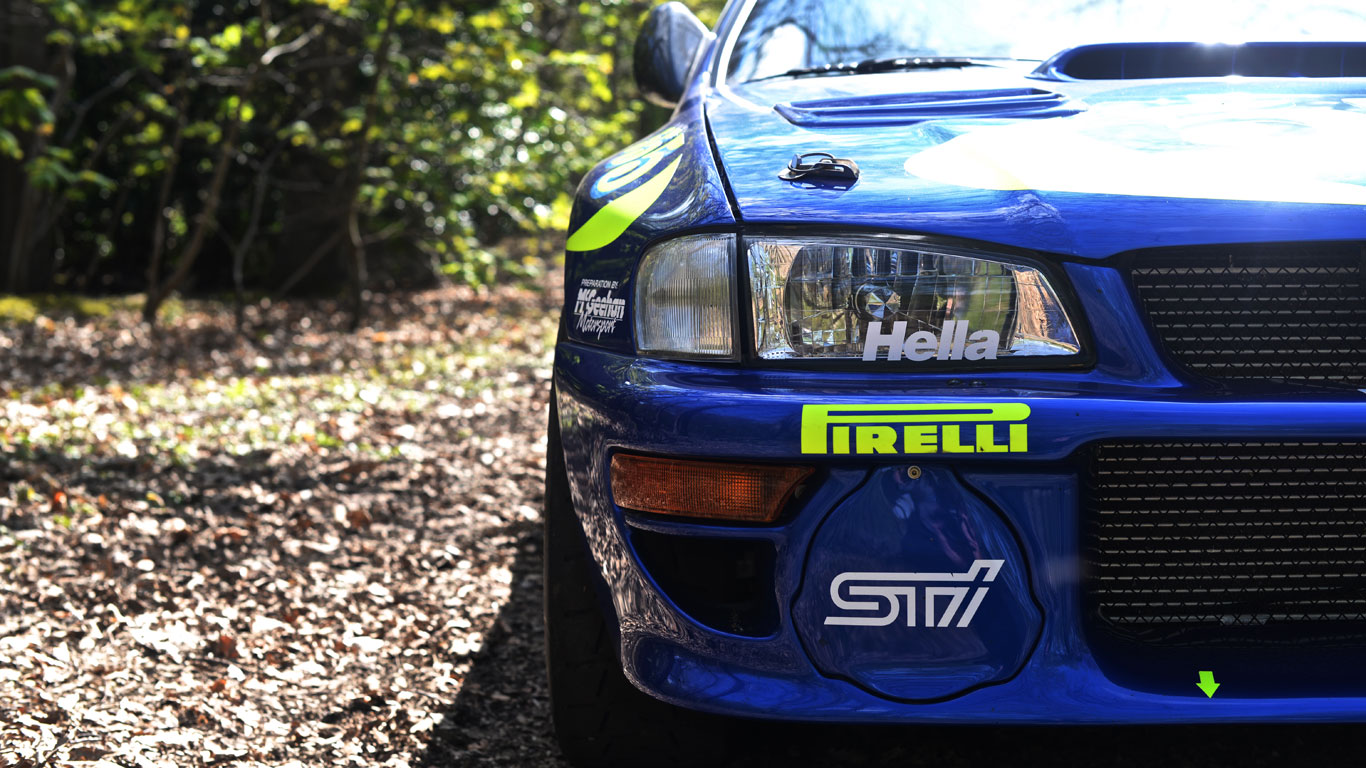 McRae’s optimism was not unfounded. At the hands of Italian Piero Liatti, the Impreza WRC car finished first at Monte Carlo, ahead of the Ford Escort of Carlos Sainz and the Mitsubishi Lancer Evolution IV of Tommi Mäkinen.

This was Liatti’s first WRC victory and a debut win for the new car. Colin McRae – who was on course for a top five finish – was forced out of the Monte when he skidded on black ice. 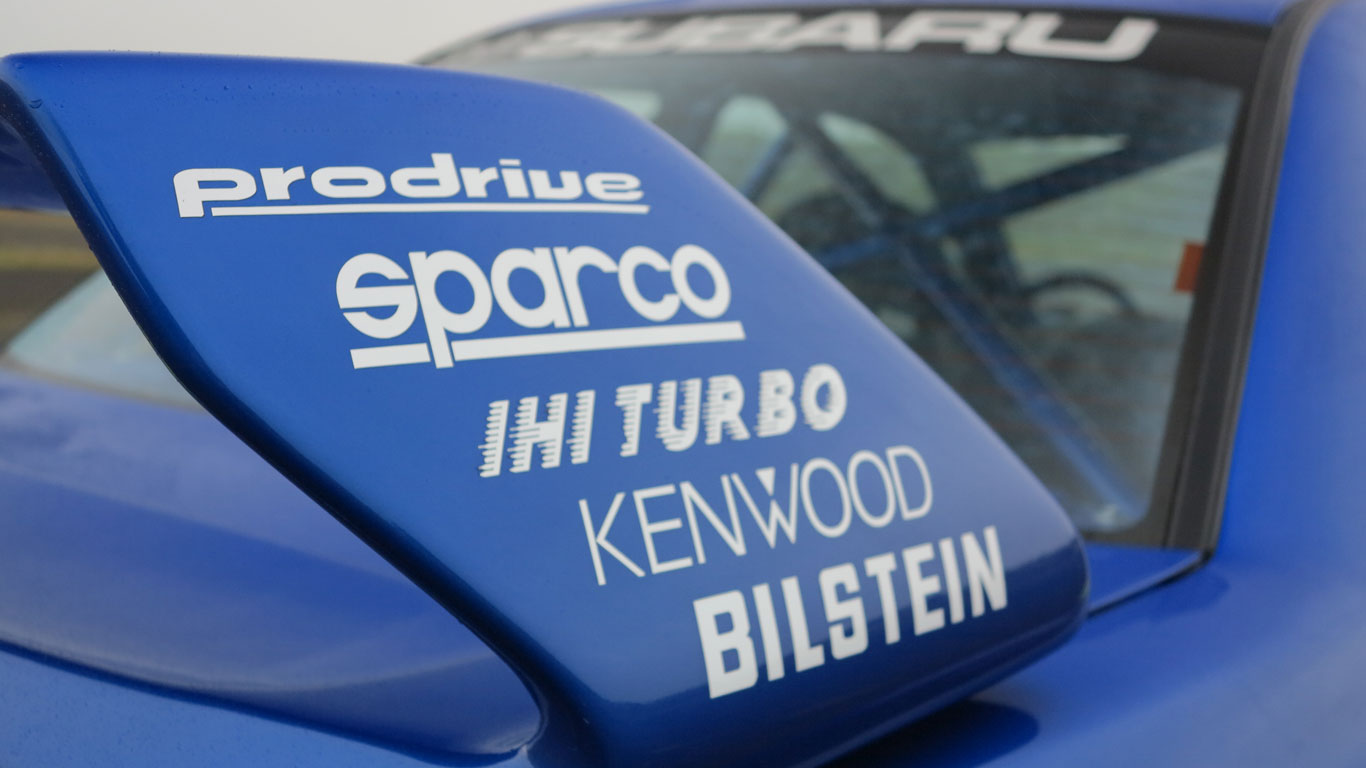 There was further disappointment for Colin McRae at the next round in Sweden, where a spin resulted in the Scot slipping to fourth place. There were no such problems for the Swede Kenneth Eriksson, who drove the Impreza to victory in his home race.

A near-perfect start for the Subaru team, then, although back-to-back third place finishes for Tommi Mäkinen would suggest that the Anglo-Japanese team wouldn’t have things entirely its own way. 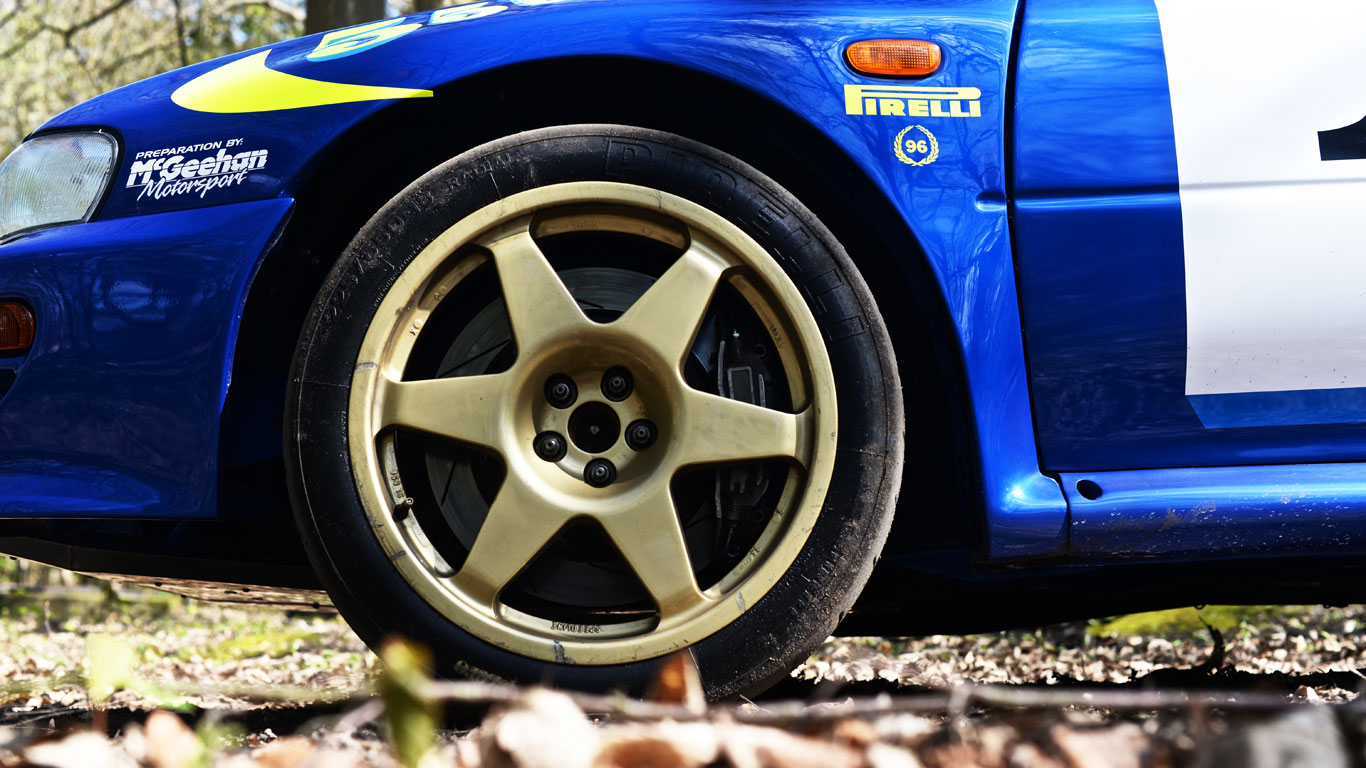 And so to Kenya, where Colin McRae overcame a number of issues to secure his first victory in the new Impreza WRC car. This just happened to be Pirelli’s 100th victory, too.

The win put McRae at the top of the drivers’ championship, while a hat-trick of victories put the Subaru team comfortably on course for its third consecutive constructors’ title. Not that Subaru and its drivers would have things entirely their own way. 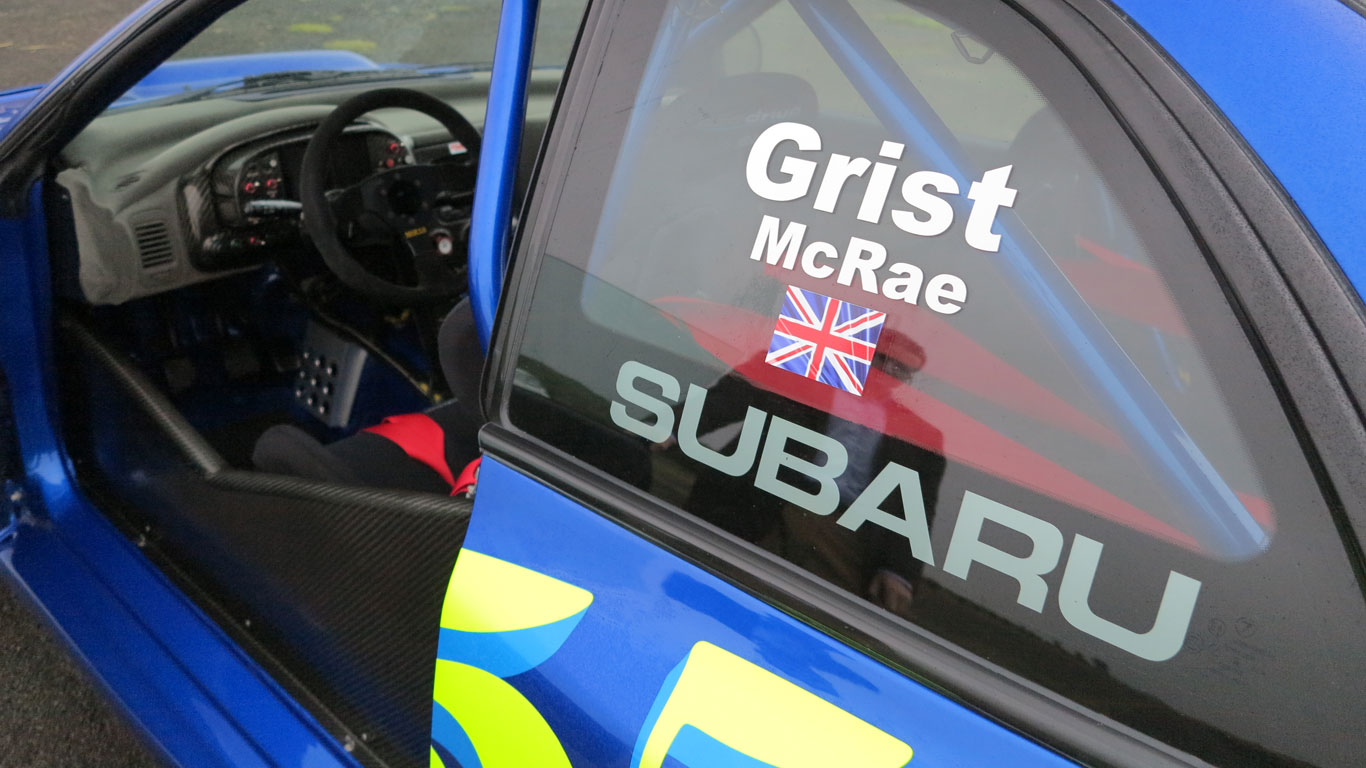 Two retirements in Portugal and back-to-back victories for Tommi Mäkinen in the Rally Portugal and Rally Catalunya gave the upperhand to the ‘Flying Finn’. McRae won in France, although four consecutive retirements in Greece, New Zealand, Finland and Indonesia meant that Mäkinen was on course for ultimate victory.

McRae responded in the only way he knew: maximum attack. Victory in Italy, followed by success in Australia – the race in which Subaru secured the constructors’ title – meant that it was all to play for ahead of the final race in Great Britain.

Close, but no cigar 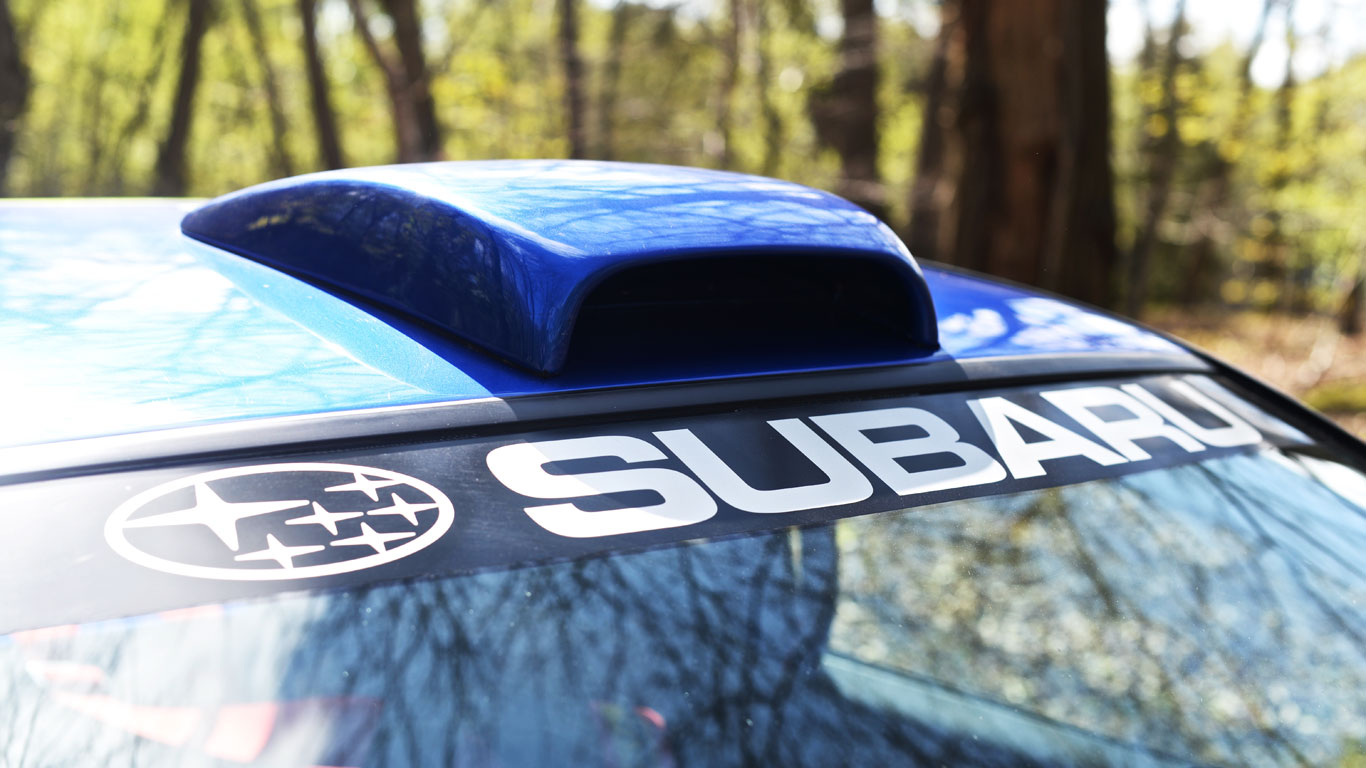 Tommi Mäkinen needed a single point going into the Network Q RAC rally to finish ahead of McRae in the drivers’ championship. The Scot won, but Mäkinen finished sixth, which was just enough to secure the title.

Tommi Mäkinen scored 63 points in 1997, just one ahead of McRae. At least the Subaru team could take heart from a convincing victory in the constructors’ championship, in which it finished 23 points ahead of Ford and 28 points clear of Mitsubishi. 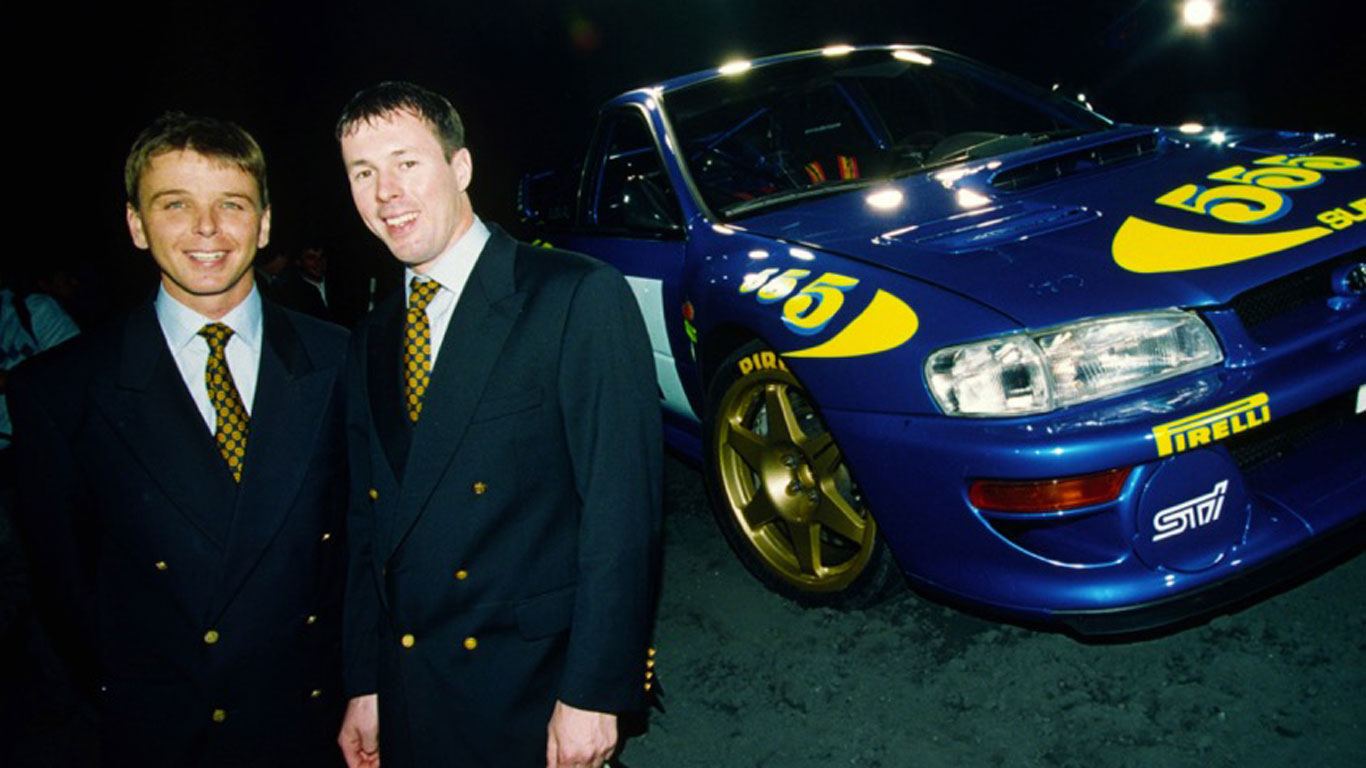 Colin McRae finished third in the 1998 WRC, before switching to Ford to drive the Focus WRC in 1999. Subaru won the drivers’ title in 2001, when Richard Burns finished ahead of McRae, and again in 2003, this time with Petter Solberg at the wheel.

But what about Chassis 001? 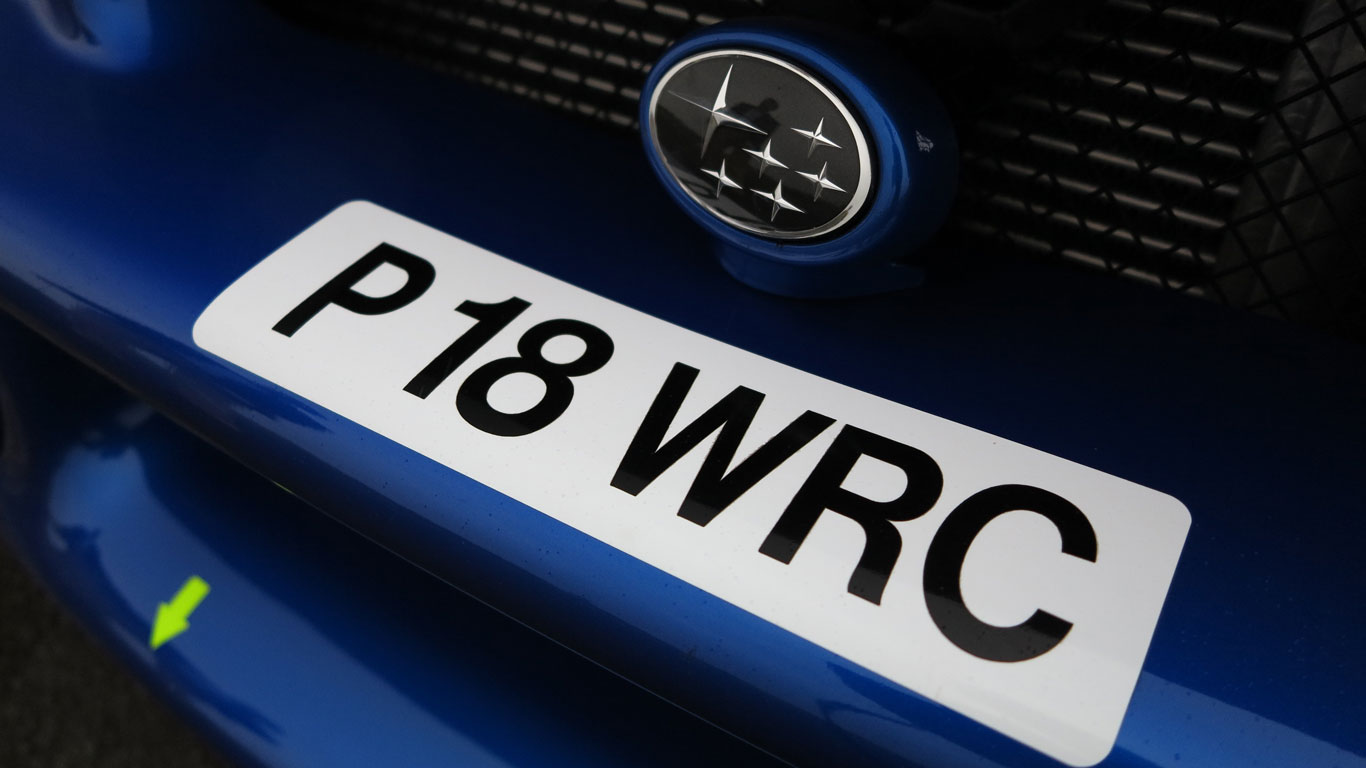 The eWRC-Results website suggests that Chassis 001 made a total of 78 starts, securing 19 victories in the process. Its maiden victory was at the Boucles de Spa in 1998, where it was driven by Grégoire de Mevius and Jean-Marc Fortin.

Chassis 001 was initially road-registered as ‘P555 WRC’, but is better known by its long-term moniker ‘P18 WRC’. 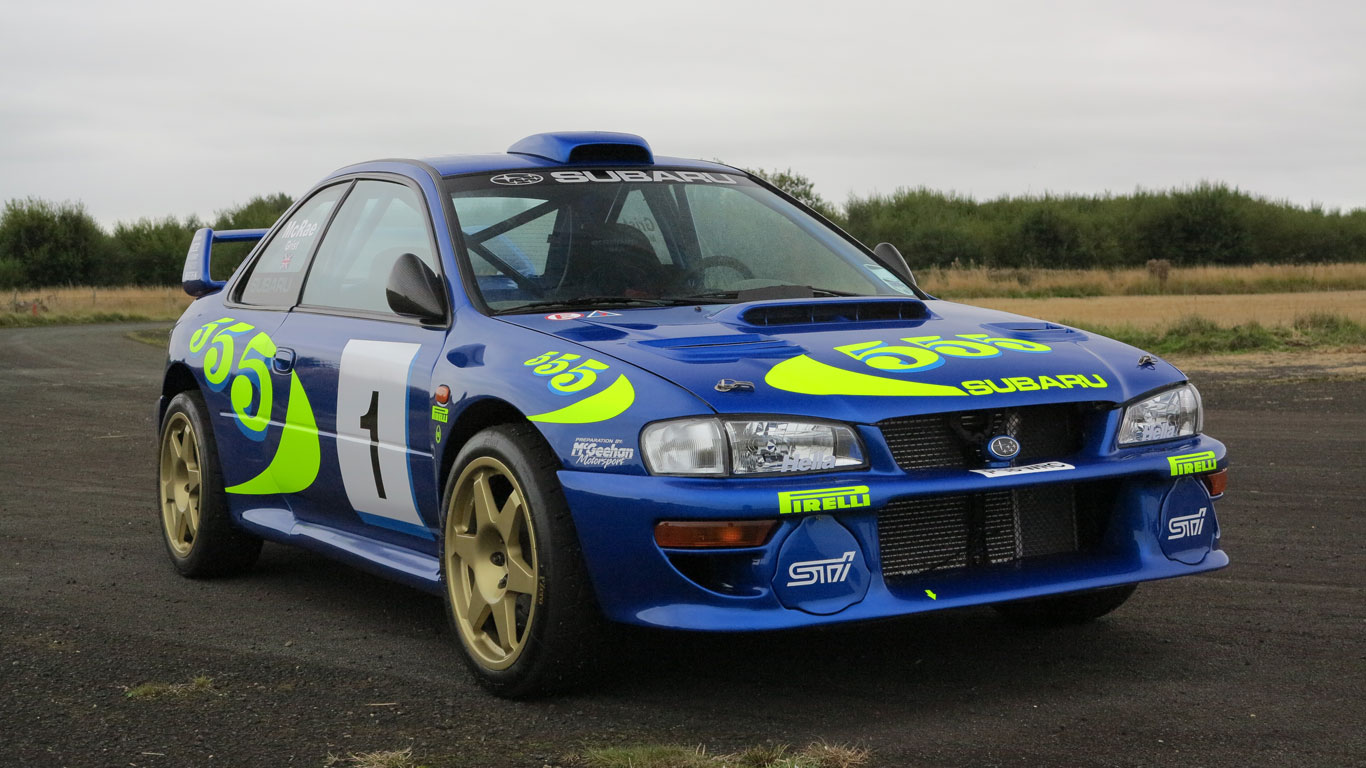 According to H&H, the Subaru was given a “superficial cosmetic refurbishment” prior to entering its current ownership. The previous keeper had commissioned Prodrive to restore it to original condition, which it completed using only original Subaru rally team parts.

Acid dipping revealed that Chassis 001 had endured a busy rally life, but retained its original Prodrive bodyshell, which was repaired by the same team who had fabricated it in 1996. 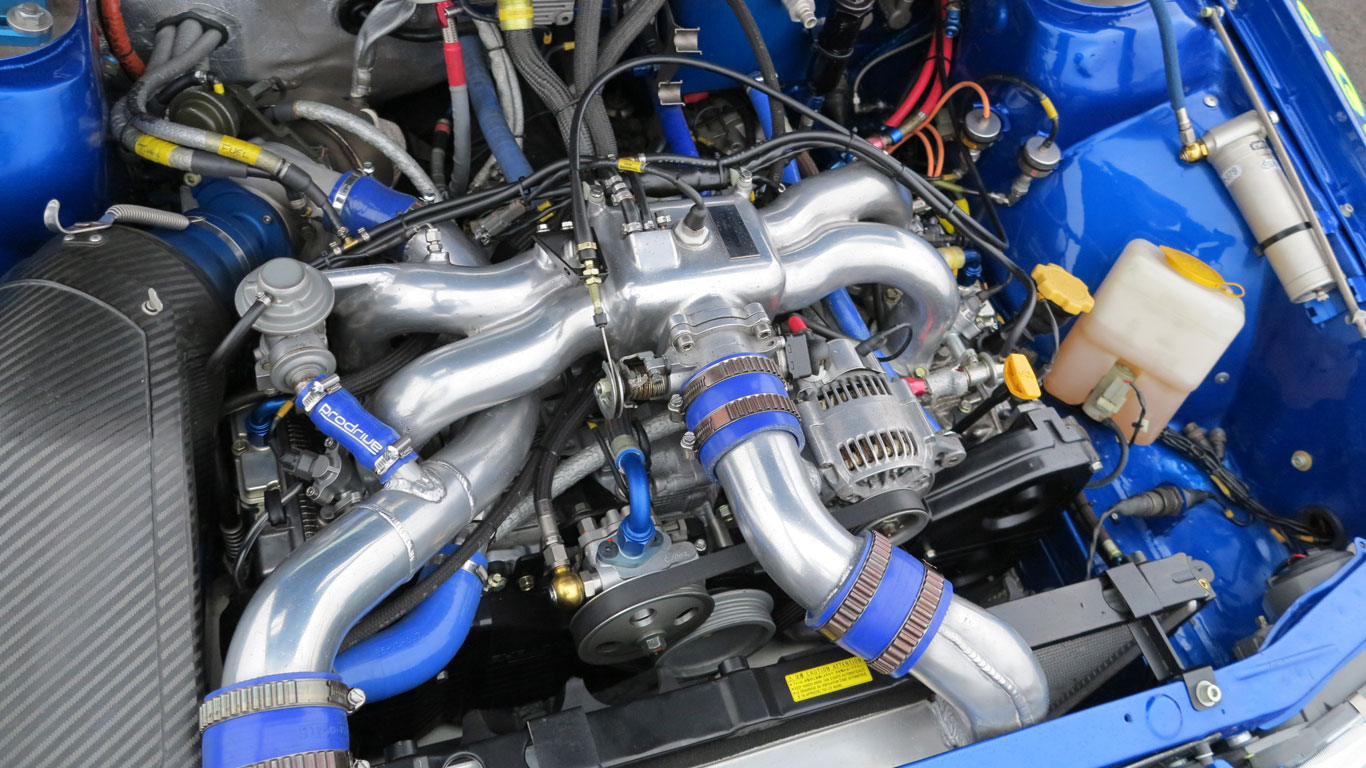 Today, it comes with the same estimate, but given the current popularity of modern classics, there’s every reason to think that it could command more in 2017. We’ll have to wait until June to find out. 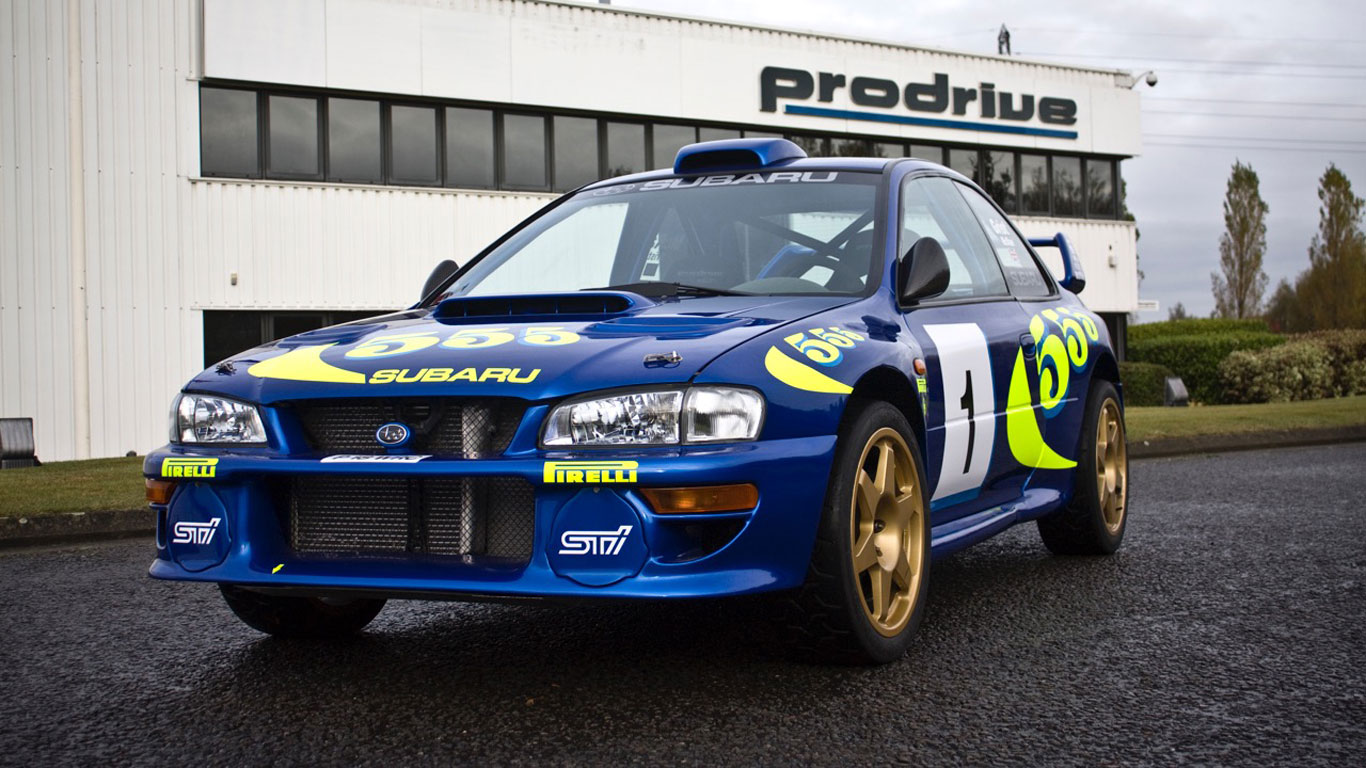 Interestingly, an extra slice of provenance is provided by the fact that nine-time MotoGP champion Valentino Rossi drove Chassis 001 in the 1999 Rally di Monza. The Italian finished eighth, just behind Jean Alesi in another Impreza.