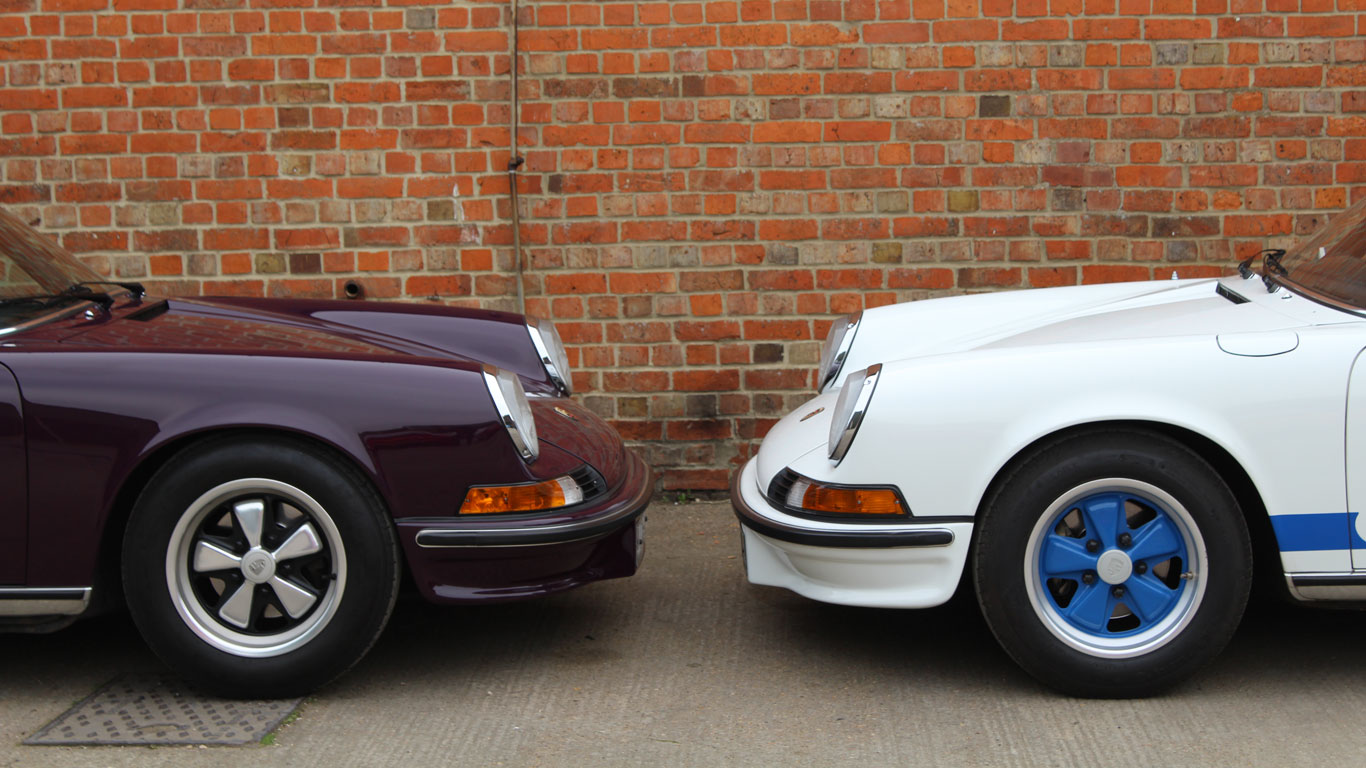 Autofarm in Oxfordshire is a mecca for disciples of the air-cooled and the rear-engined. The company has been fixing and restoring Porsches since 1973, and its huge wooden barns are stuffed with classic 911s. Where better, then, to hold our second MR Retro Live event – this time catering for Porsche enthusiasts.

And so it was that, one brisk Sunday morning, a group of Porsche fans gathered at Autofarm, chatting cars and supping coffee to a flat-six soundtrack. The Motoring Research team was there, too: Peter in his 964 Carrera 4 and Andrew in a Cayman GT4 nabbed from Porsche’s press fleet. Here are some of the highlights. 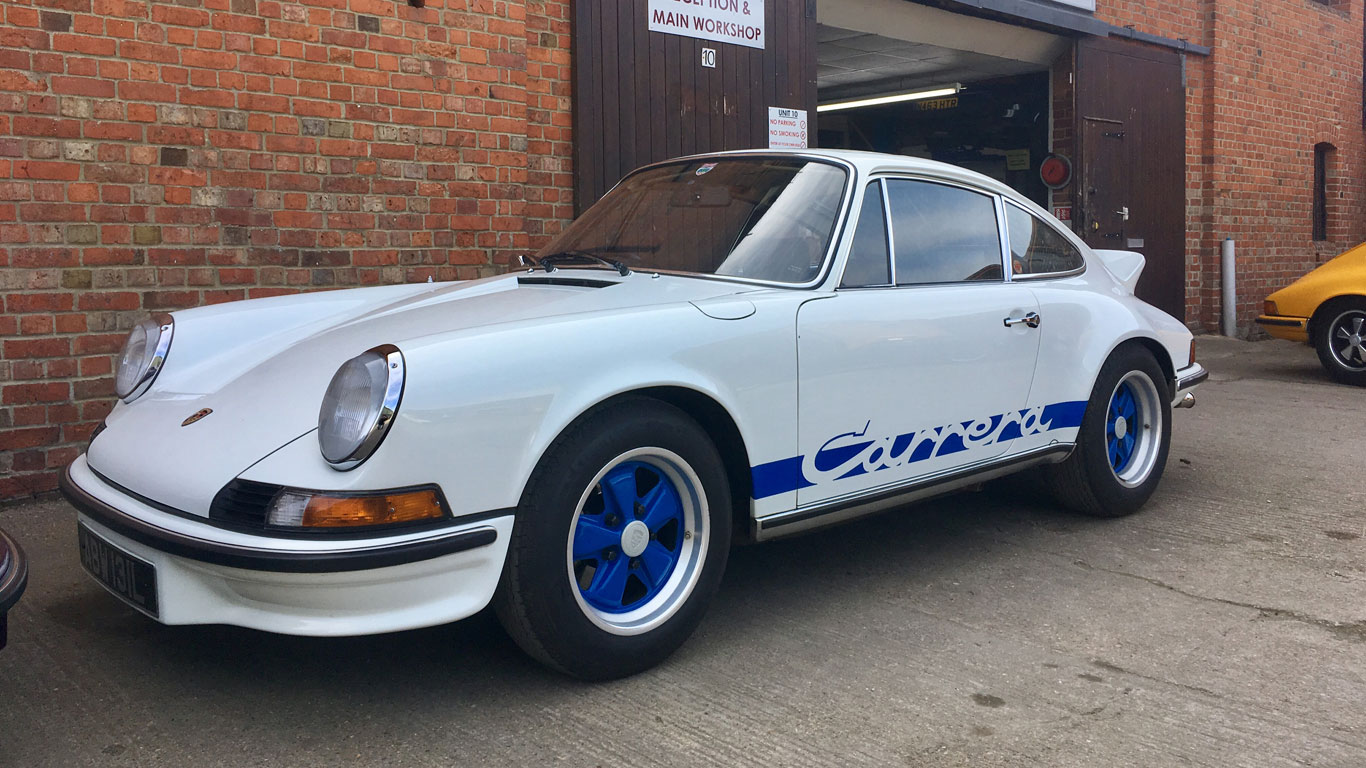 Yes, before you ask, it’s a real one. The Carrera 2.7 RS is the most iconic 911 of all, with the best examples today costing seven figures. Designed for motorsport homologation, it boasted a fuel-injected 210hp engine, stiffer suspension and bigger brakes – not forgetting that trademark ‘ducktail’ rear spoiler.

This ’73 RS belongs to one of Autofarm’s customers and was in for a service. It was restored about 10 years ago and remains in flawless original condition. 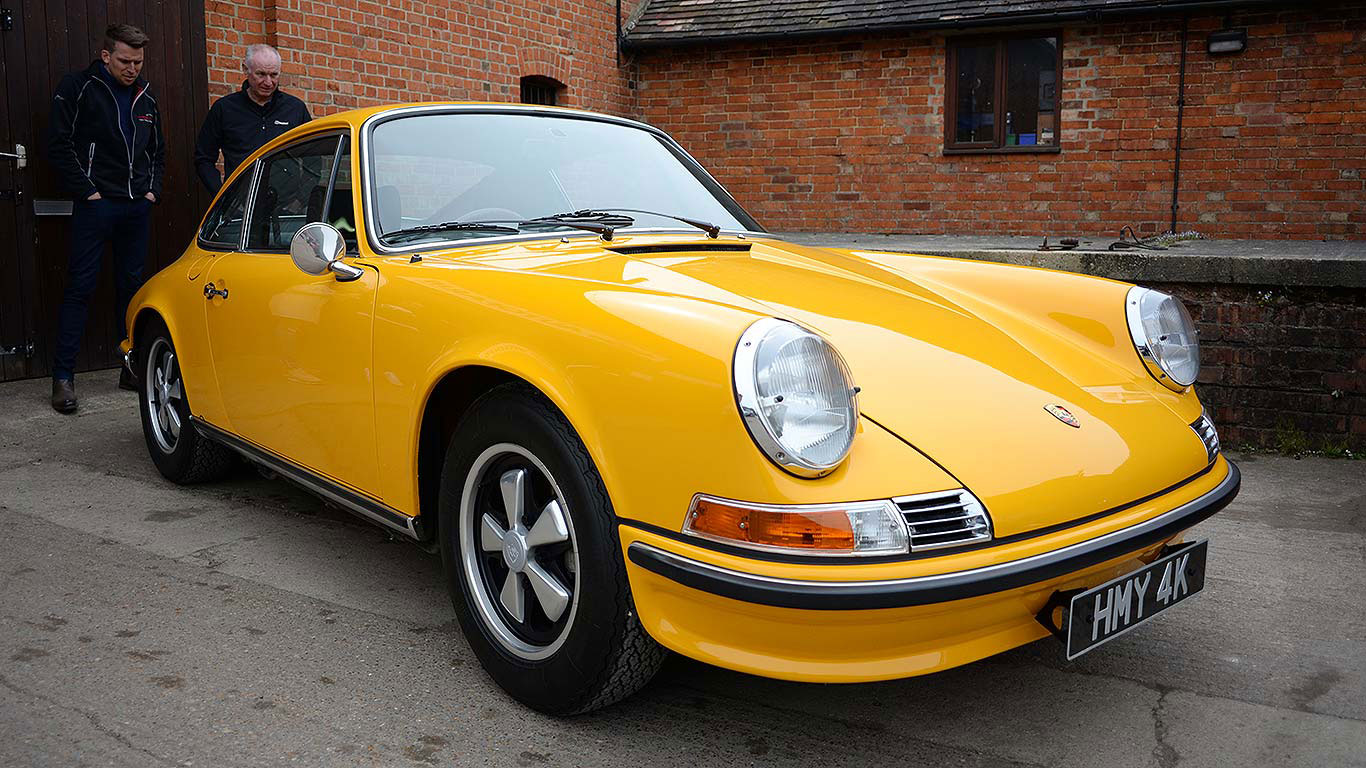 Speaking of originality, Chris Knowles’ stunning 2.4 S looks exactly as it left the factory in 1972. The Signal Yellow bodywork has been resprayed by Autofarm, but the interior has never been retrimmed.

Interestingly, 1972 was the only model-year where 911s had an oil tank access flap on the side of the car. However, some owners filled it with petrol, so Porsche wisely chose to relocate it under the engine lid. 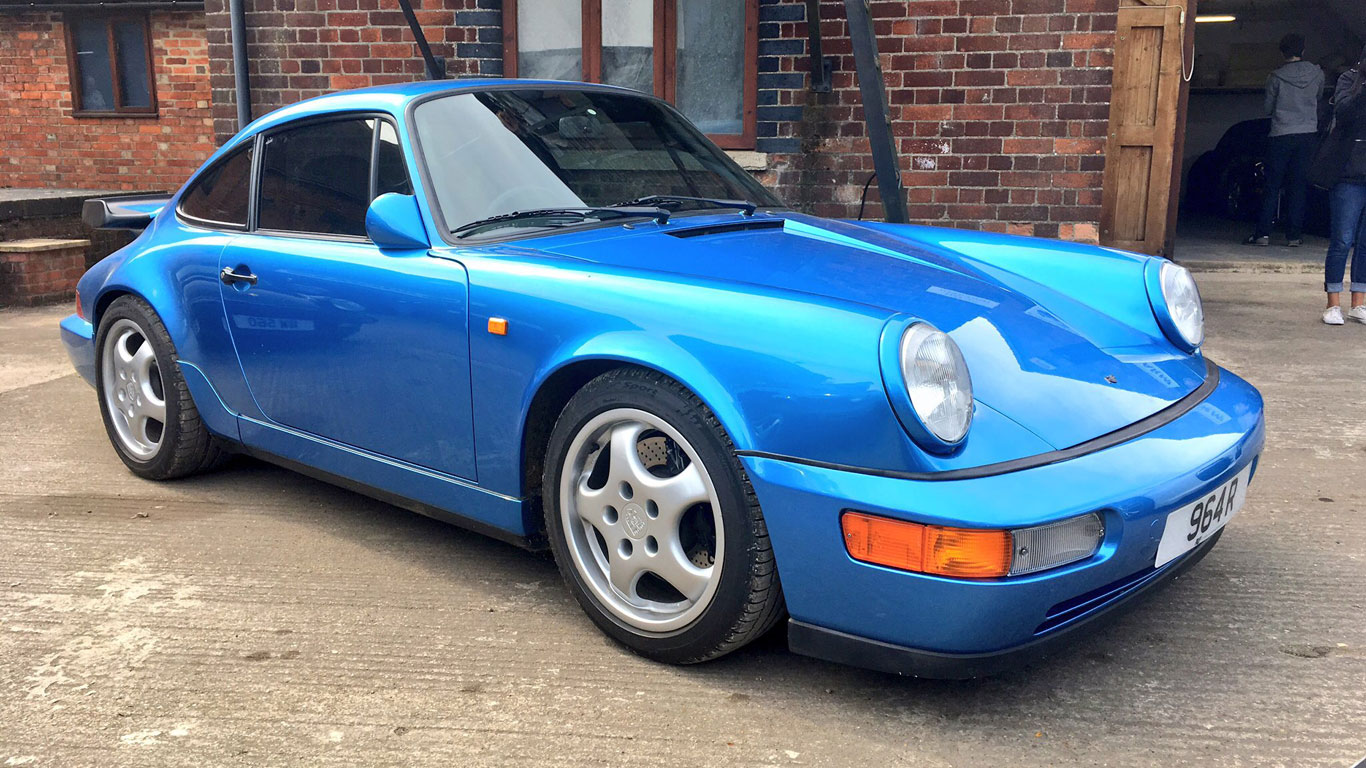 Remember the Ruf CTR – star of the 2017 Geneva Motor Show? The German company has been modifying Porsches for decades, including this unique 964. Based on a 3.6 RS, it packs a twin-turbo engine from the later 993 Turbo.

Ruf also fitted its ‘electronic foot’ clutchless manual gearbox. And the eagle-eyed will spot the wide-arched Turbo bodywork has been de-seamed – just like an old Mini. 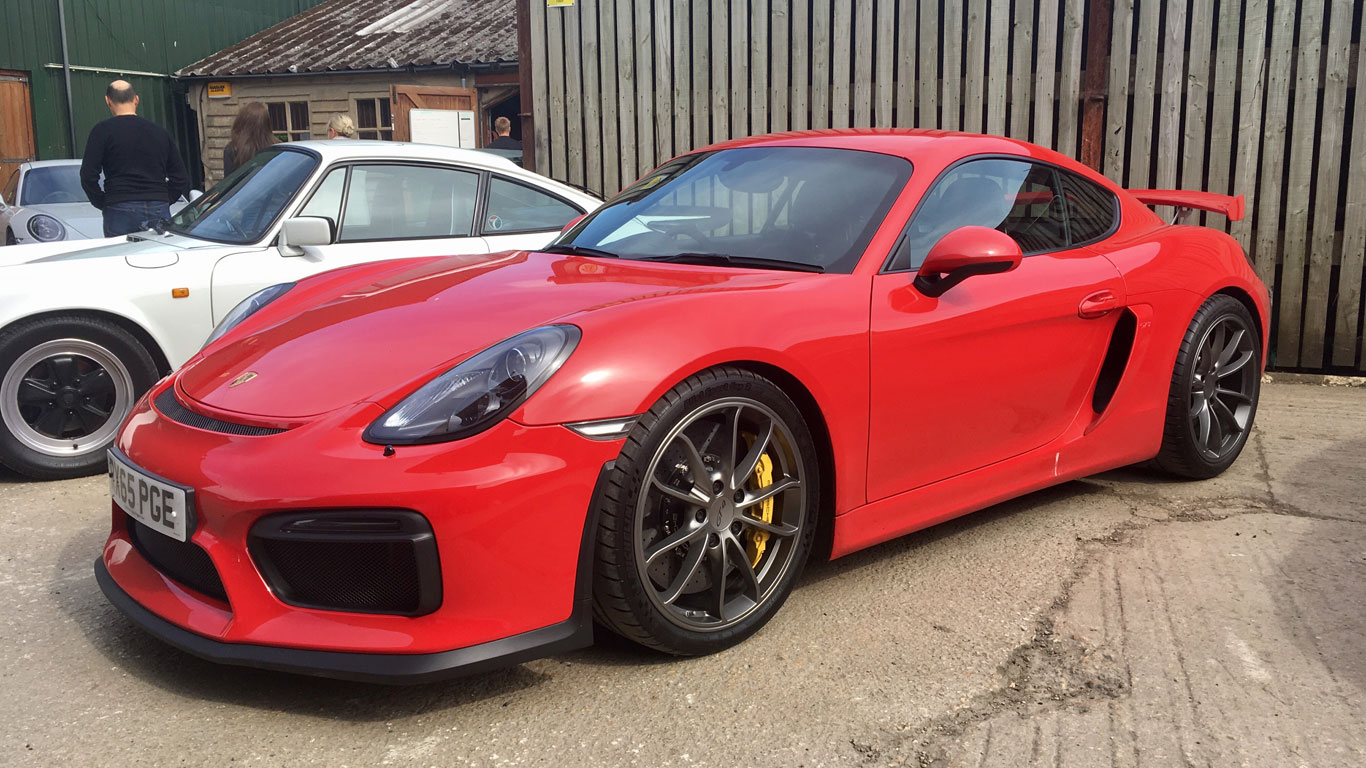 Not a 911, but equally as cool, the Cayman GT4 is a modern Porsche destined for classic status. MR’s Andrew had this Guards Red example for the weekend and kept finding tenuous excuses to run errands in it.

With added aero, a stiffer chassis and brakes from the 911 GT3, the 385hp GT4 is a serious driving machine. It also comes with a six-speed manual gearbox – something that wasn’t available on the GT3 at the time. 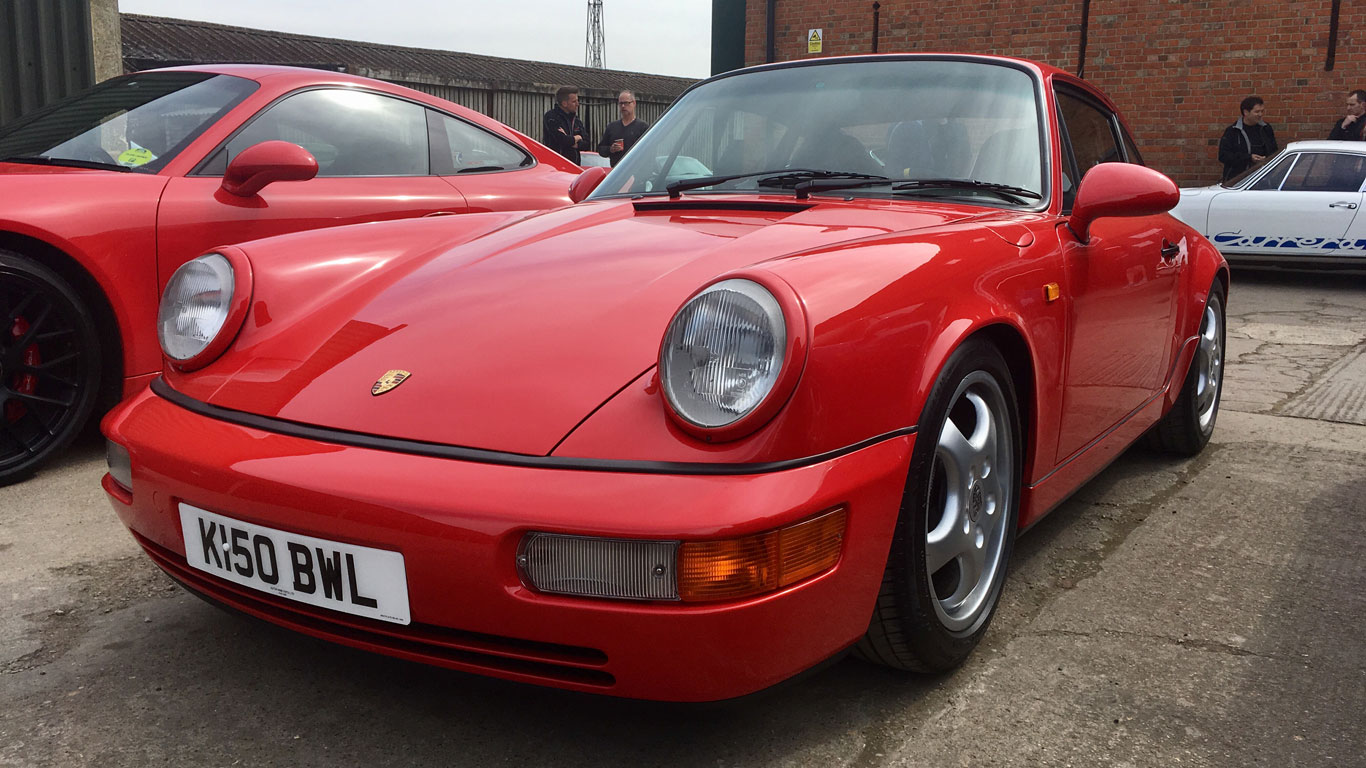 Regular readers will recognise this car – also Guards Red – from our Retro Road Test last year. The hardcore 964 was the first 911 to wear the RS badge since the 1970s. Thankfully, Porsche did it justice, with more power, less weight and a close-ratio gearbox.

This car was recently for sale at Autofarm and has been expertly restored in-house. MD Mikey Wastie reckons it’s one of the best 964s he’s driven. We were equally effusive, saying: “It’s a car you’ll ache to spend time with, to learn its quirks and exploit its talents. The buzz of driving it stayed with us many hours after we reluctantly handed back the keys.” 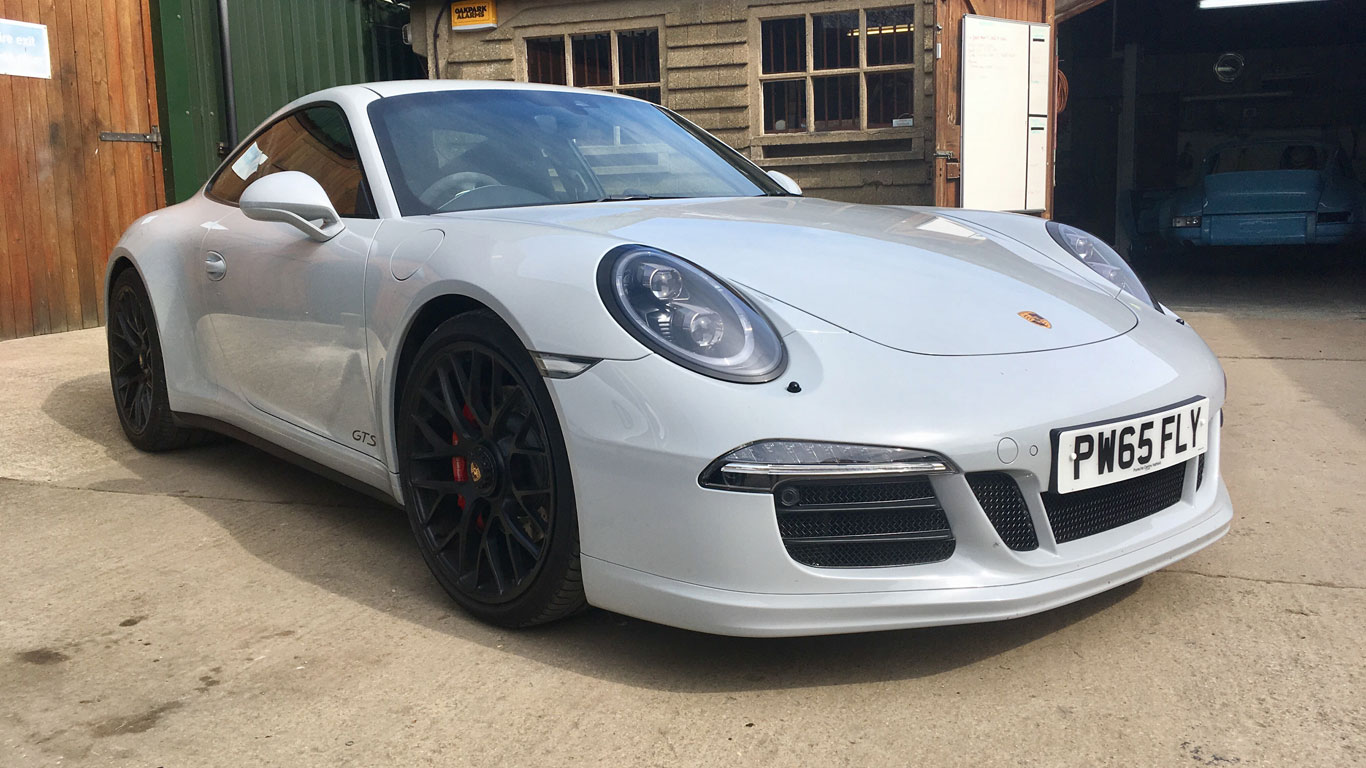 Paul Woods brought along his immaculate 991 GTS, complete with appropriately speedy number plate. We love the primer-grey paint, too.

This first-generation GTS is one of the last with a naturally-aspirated engine. It also came with the Powerkit engine upgrade, sports exhaust and adjustable PASM suspension. GT3 aside, could this be peak modern 911? 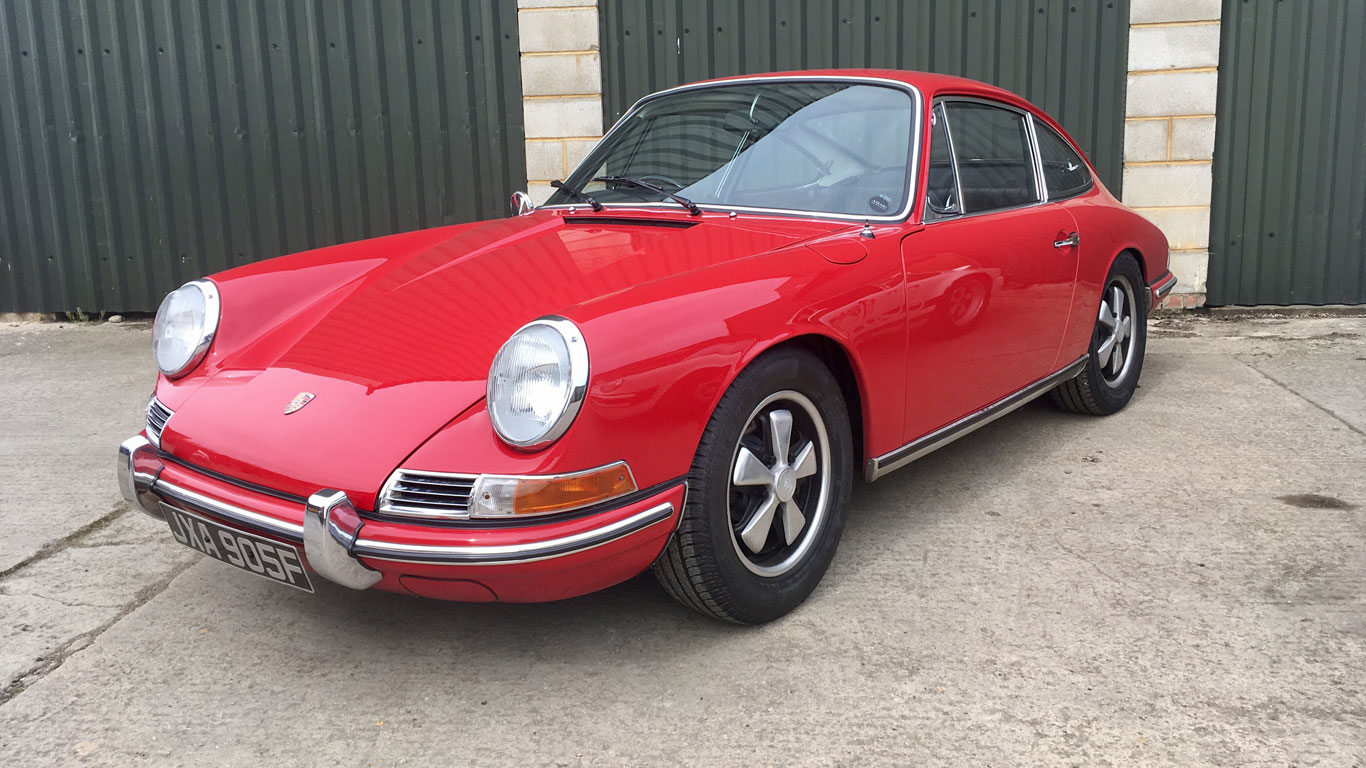 How pretty is this 1968 911L? Another customer car, it was already at Autofarm for some engine work. Note the oh-so-classic Fuchs alloys, as worn by many 911s of the era – including the Carrera RS. 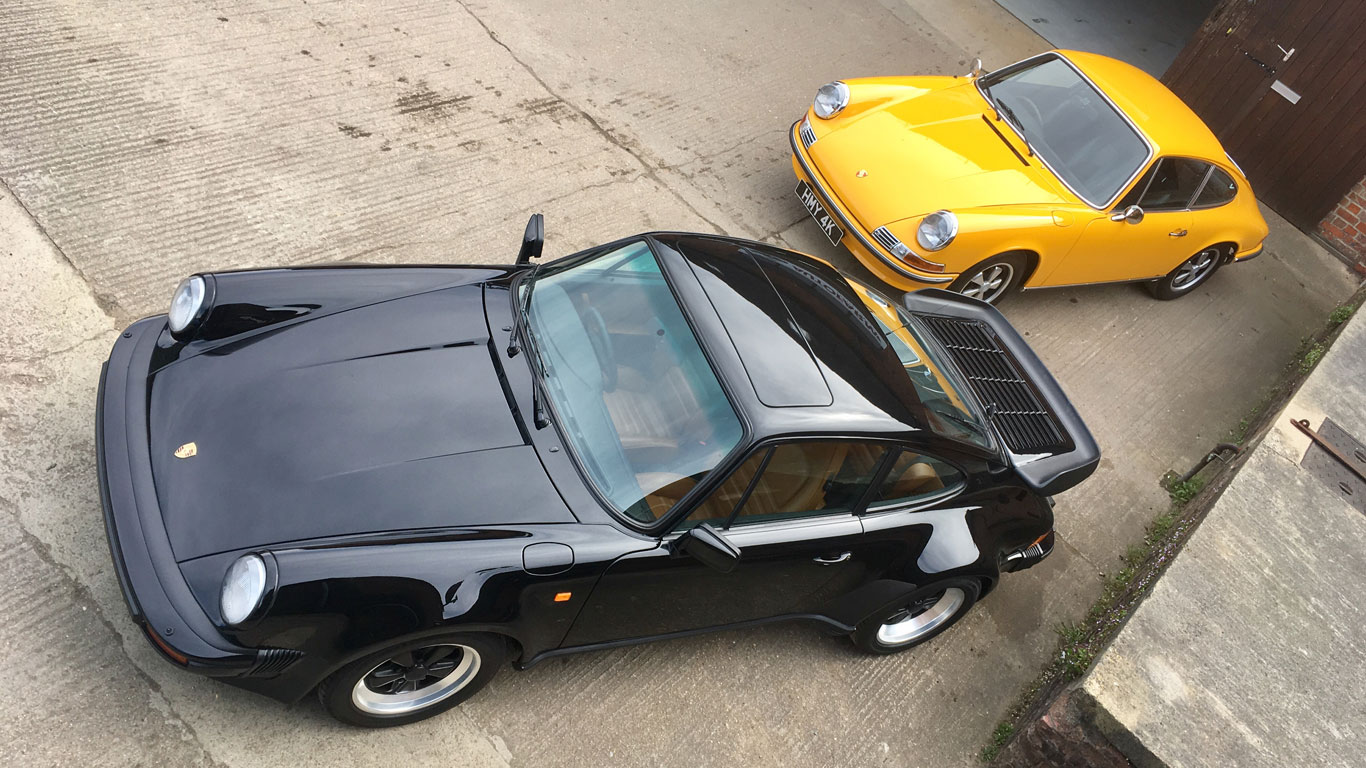 The Supersport was essentially a Carrera 3.2 with the wider wheelarches and ‘tea tray’ spoiler from the 930 Turbo. Suspension and brakes were also sourced from the flagship car, but engine output remained a standard 234hp.

Porsche also sold the Supersport in Cabriolet and Targa body styles. Today, such cars are rare, as many were cannibalised for race-look RSR conversions. 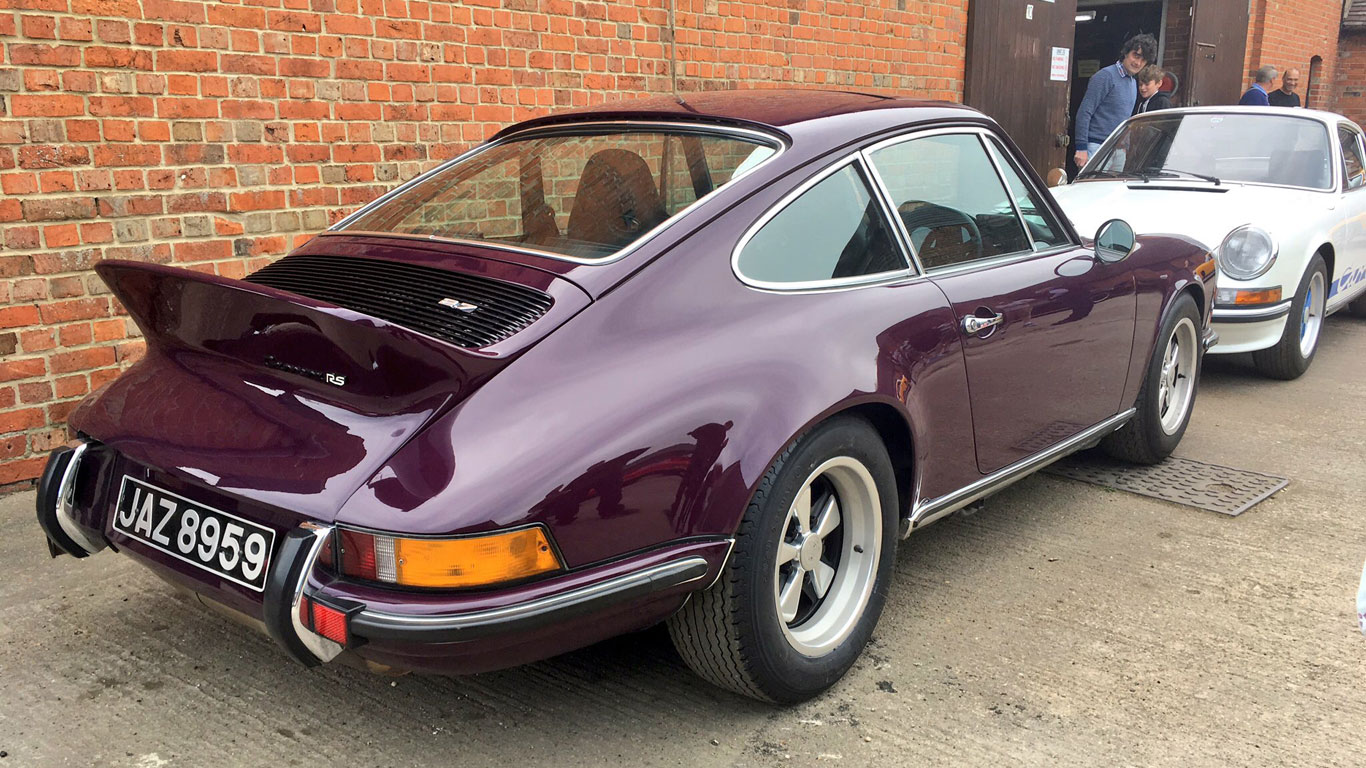 This one is a replica, but a fantastic car nonetheless. It started life as a 1988 Carrera 3.2, then was ‘backdated’ by Autofarm to resemble a ’73 RS.

The paintwork is ‘Aubergine’, an original Porsche colour. And the dashboard was recently backdated, too, giving an authentic look inside and out. Classic style and modern(ish) mechanicals? Yes please.