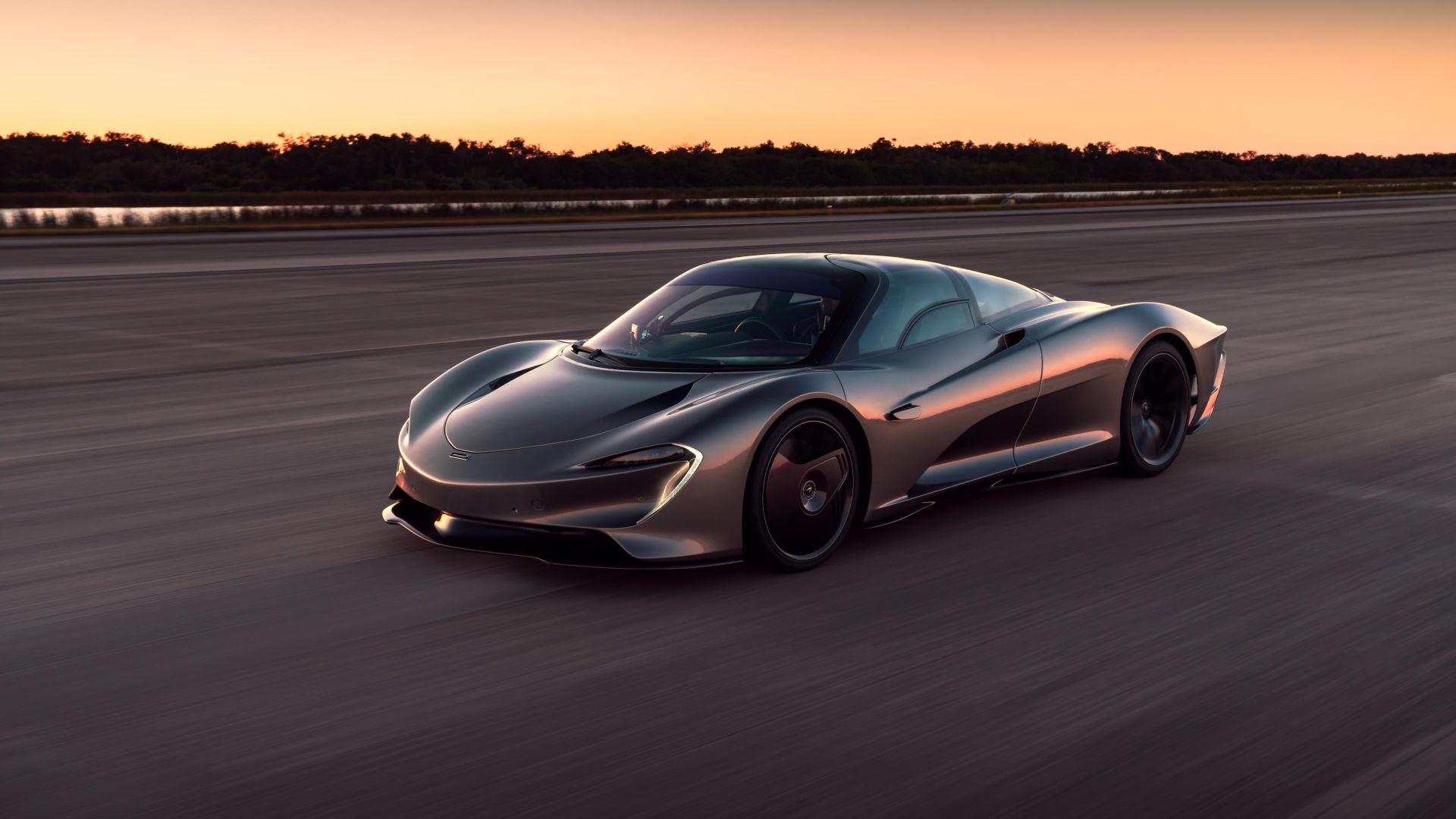 There are more than 15 cars that can outrun the proposed HS2 high-speed train when it comes to top speed. Realistic predictions say HS2, in the news recently for its likely £100 billion cost, will be good for 223mph (360kph).

Meanwhile, the humble car has been flirting with such speeds since the early 1990s, although there’s little humble about a McLaren F1. So, which cars could race HS2 and win? Many more than we’re about to list, we suspect, by the time HS2 is fully completed in 2040. For now, however, these are the contenders. 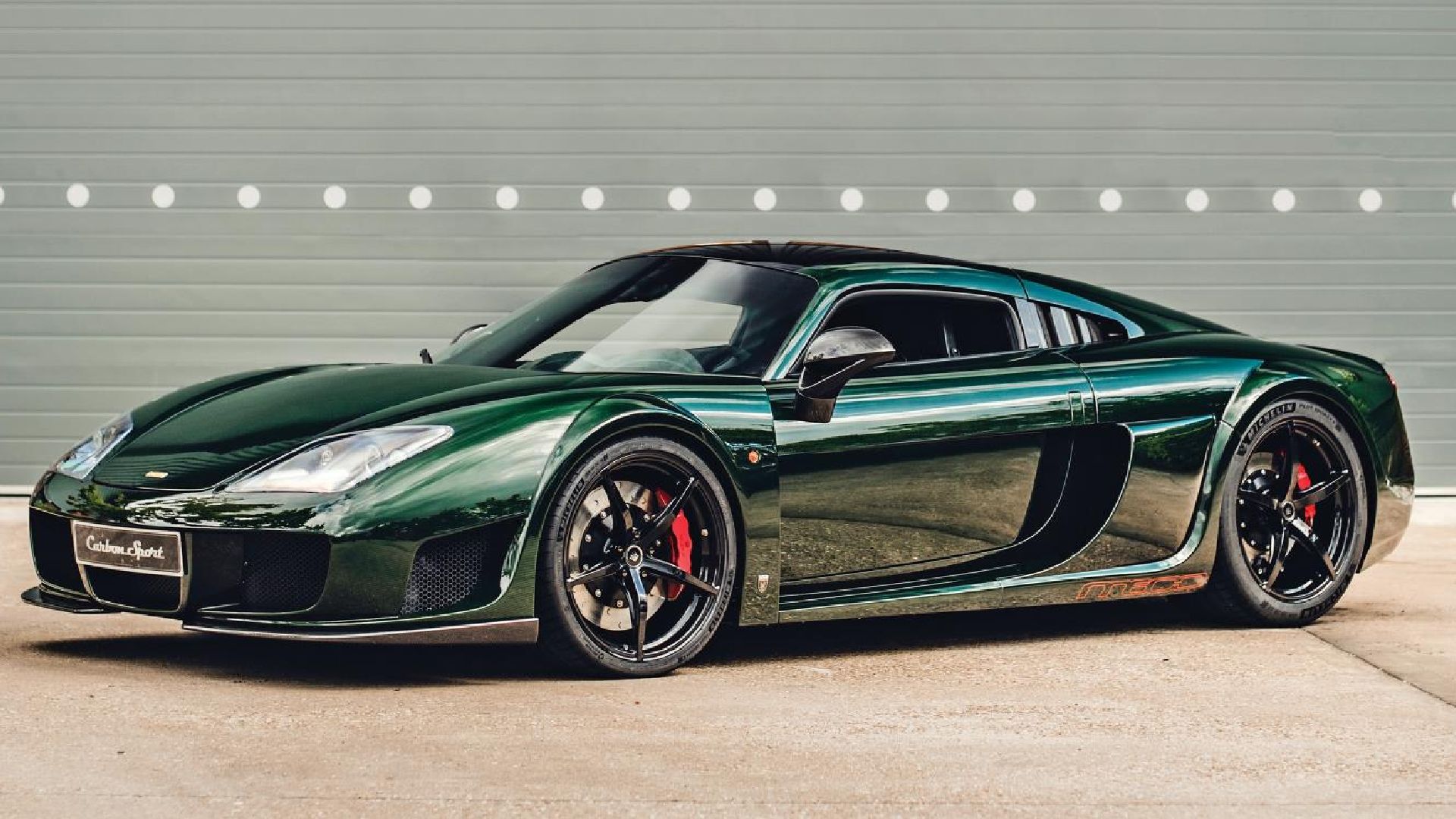 You’d be right in assuming much of this list is comprised of carbon-clad, unobtainable multi-million-pound exotica, but we open with the Noble M600. Carbon-clad it may be, but it’s certainly not unobtainable, being far cheaper than anything else here. It’s far cheaper than HS2, too. We spotted an early example available for just under £150,000 – a bargain, given its 650hp 4.4-litre Yamaha-tuned V8 makes it good for 225mph. It’s proudly British, too. 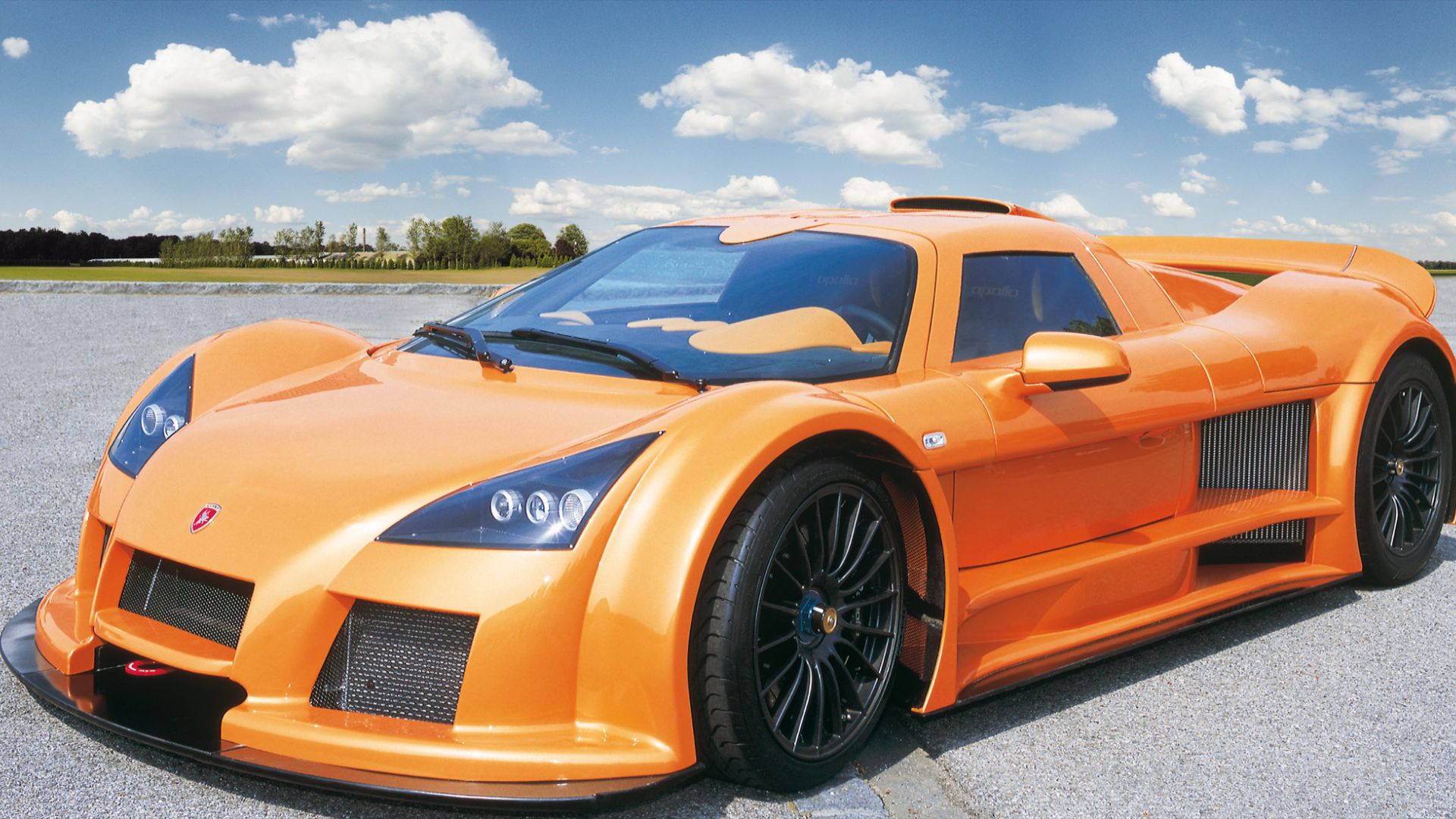 A romantic-sounding marque, Gumpert is not. Nor is it a marque that still technically exists. But ‘Apollo’ lives on today as a name all its own, and we’re happy for that. The new Apollo supercar won’t match the Gumpert at the top end, though, given the old-timer will crack 225mph. 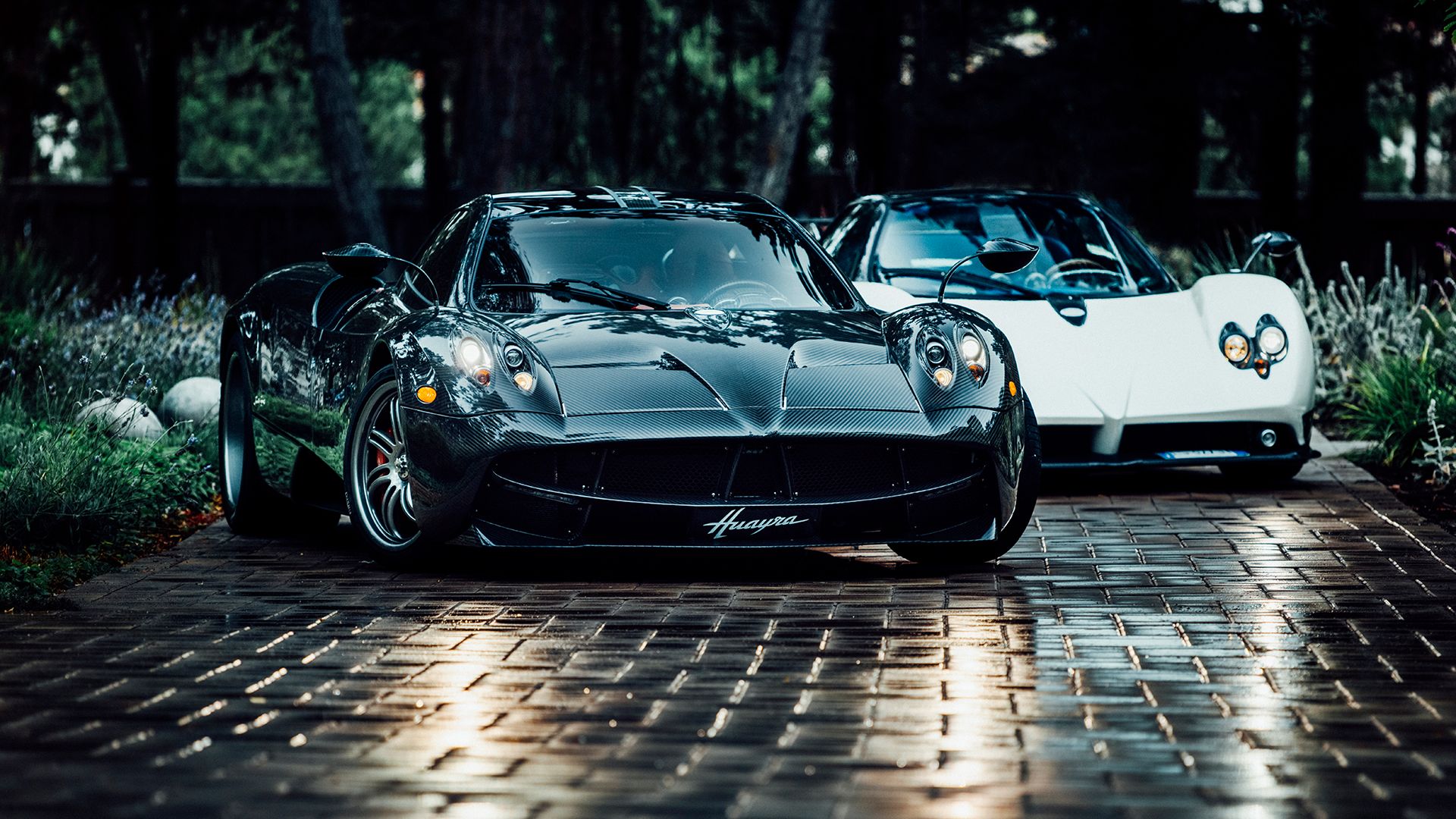 If you want to evoke sensations of speed and glamour, the Pagani Huayra is the hypercar for you. On the way to its 231mph VMax, you get the feel of taking off in a jet airliner, with the whooshing of the mighty 6.0-litre twin-turbo V12. It’s been on sale for more than eight years, but it’s still one of the fastest cars on Earth. 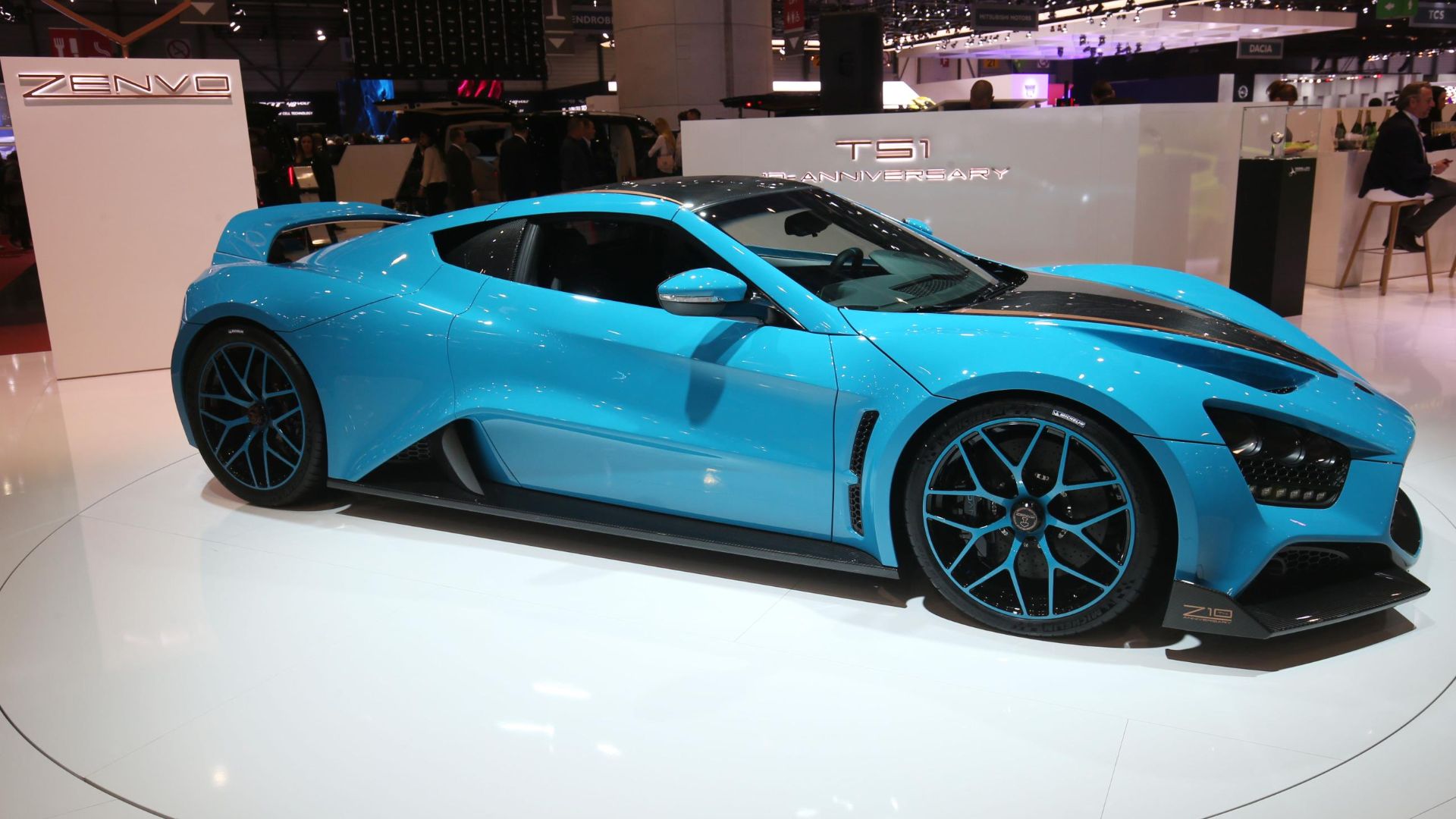 Zenvo has been in and out of the hypercar picture for a few years now. The more aerodynamic variant of its current offering, the TS1 GT, is good for 233mph, thanks to an 1,104hp 5.8-litre V8 developed in-house. This dashing Dane might sound pricey at £1.2 million, but that’s pennies down the back of the sofa compared to what HS2 is projected to cost. 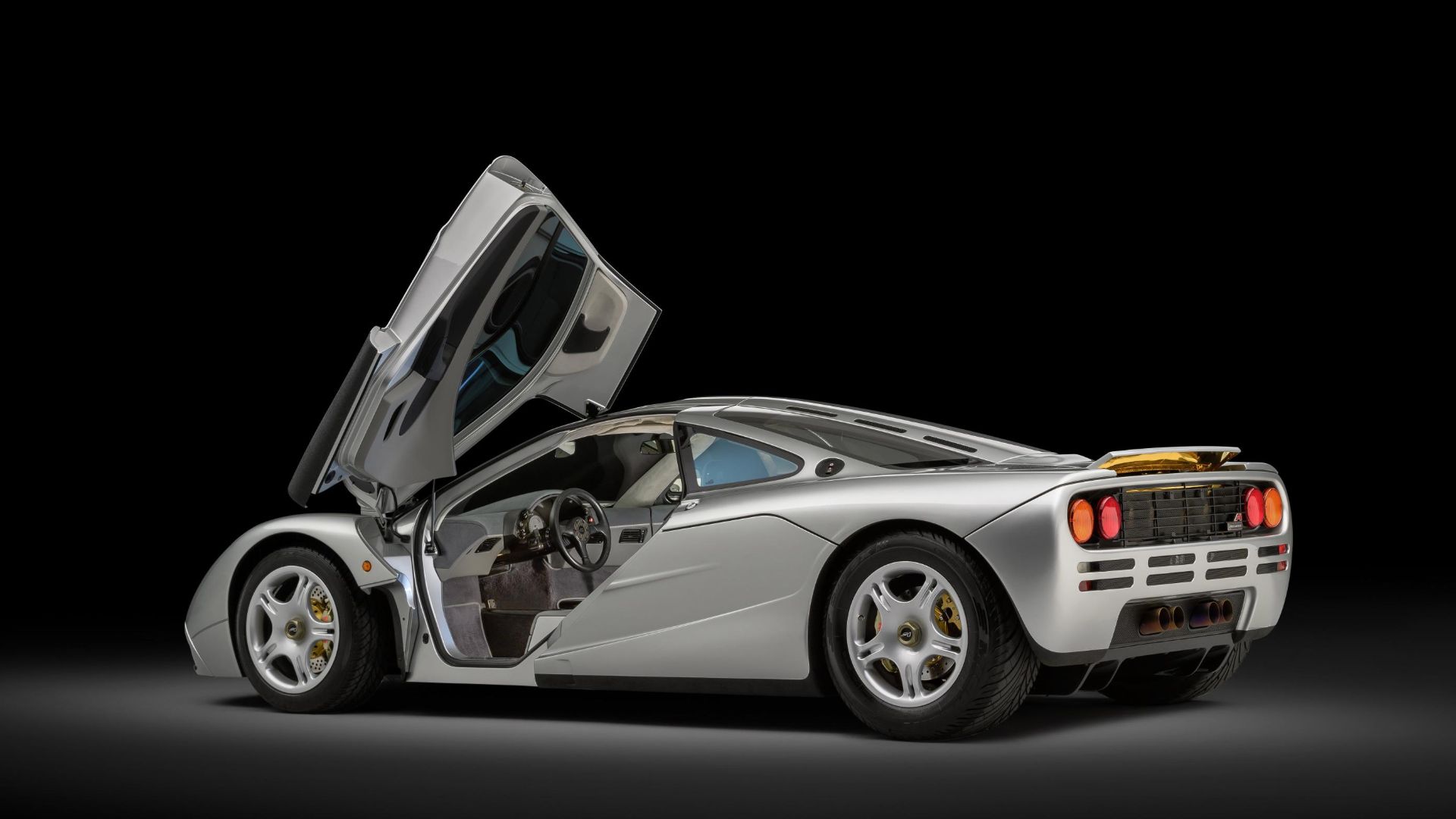 As a mark of respect for the founder of the 240+mph club, we start with the McLaren F1. One of only two naturally-aspirated cars on this list (the other is the Aston Martin Valkyrie), it remains a biblical achievement – and one of the most sought-after cars on Earth. Remove the rev limiter and you can hit 241mph, given a long enough stretch of road. Gordon Murray’s masterpiece is immortal. 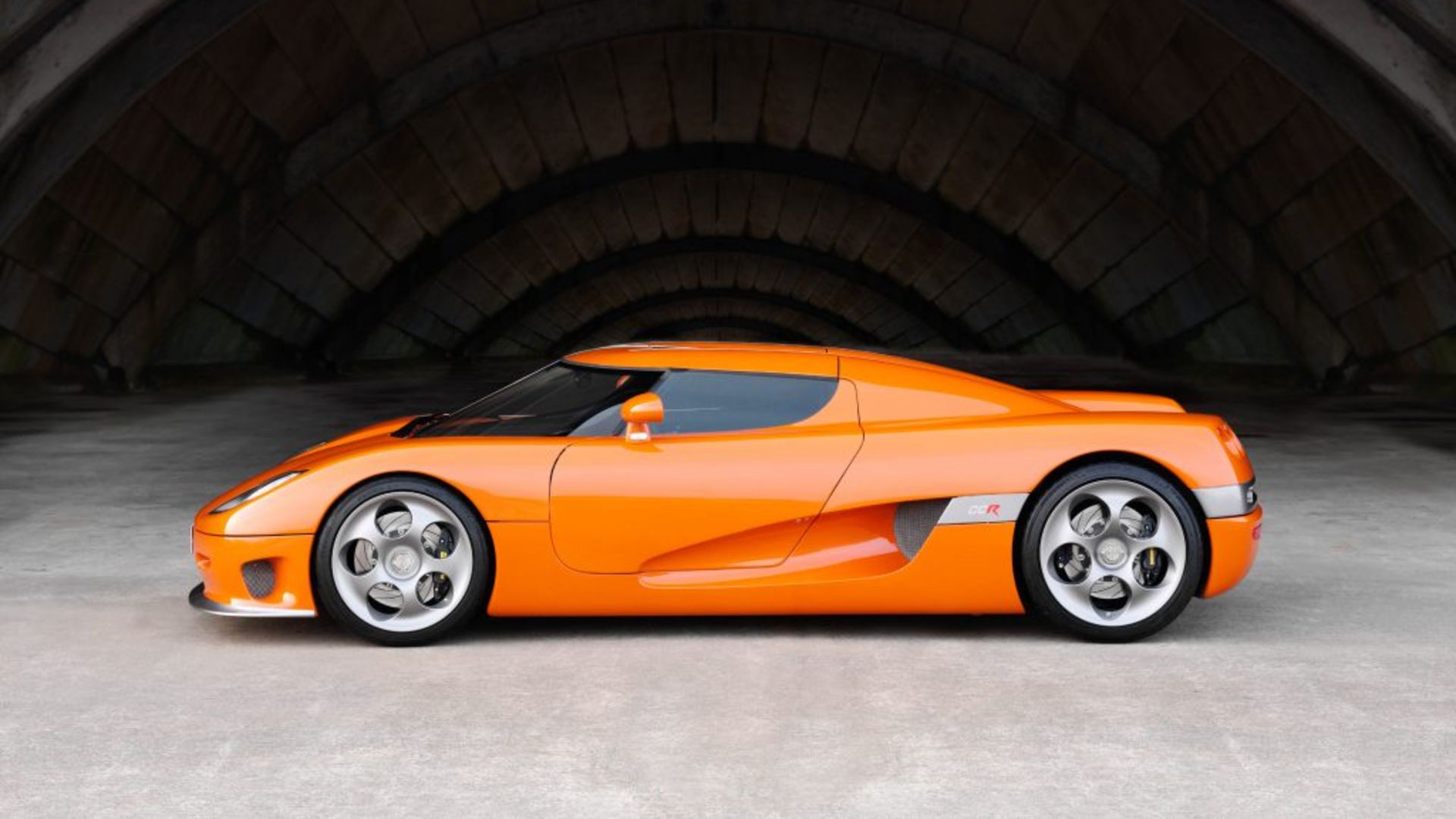 Officially the CCR is the only Koenigsegg other than the Agera RS to break a record, although they’re all good for between 240 and 260mph. The CCR’s 4.7-litre supercharged V8 produced 806hp – a titanic figure for 2004. If Koenigsegg is to be believed – and at this point, we reckon it is – the CCR will actually top 245mph. 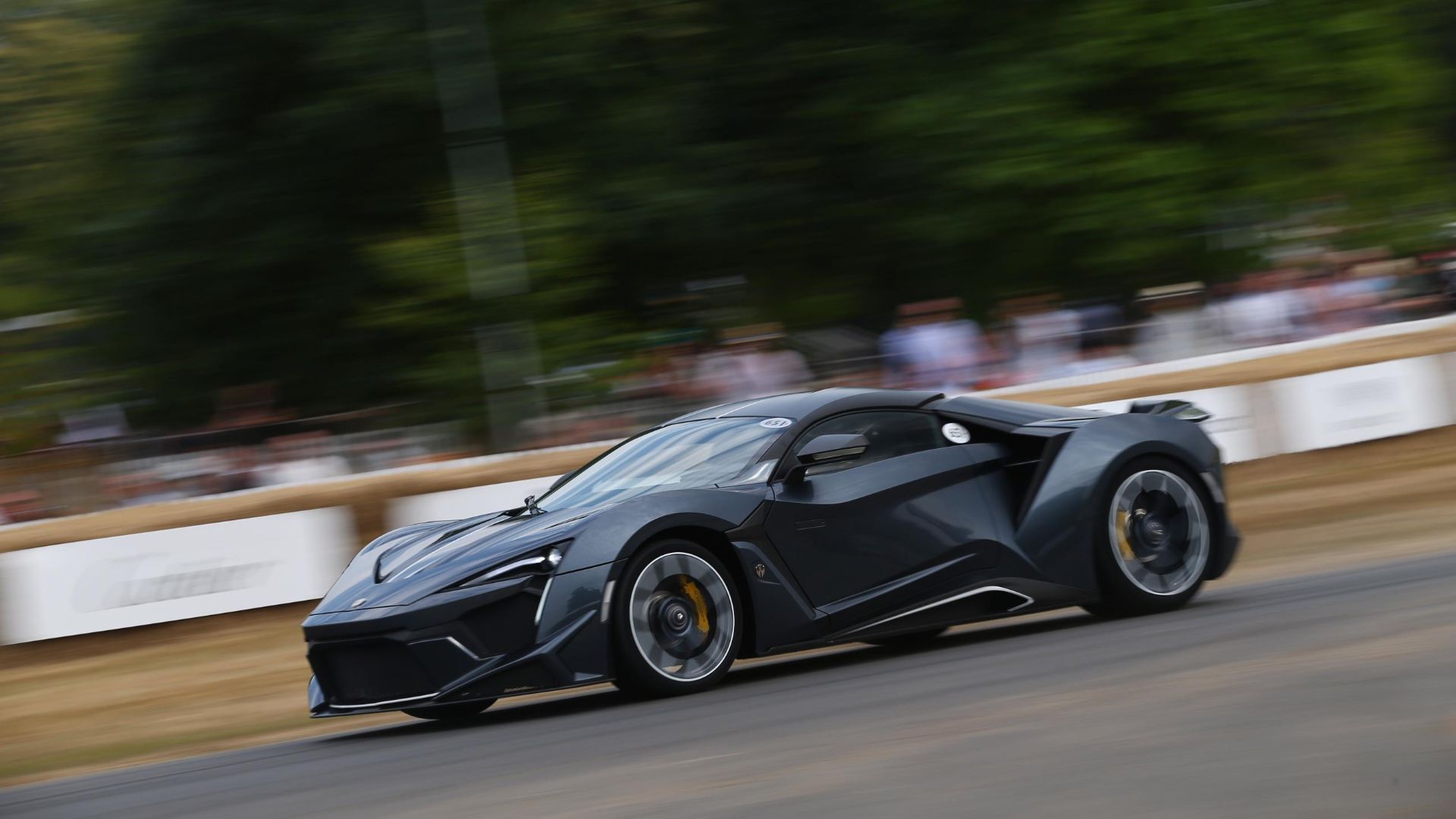 We’re more sceptical about the W Motors Fenyr SuperSport. This relative unknown is, in theory, capable of 246mph. That’s thanks to a twin-turbo six-cylinder engine with 900hp, not unlike those you’ll find in the fastest Porsche 911s. 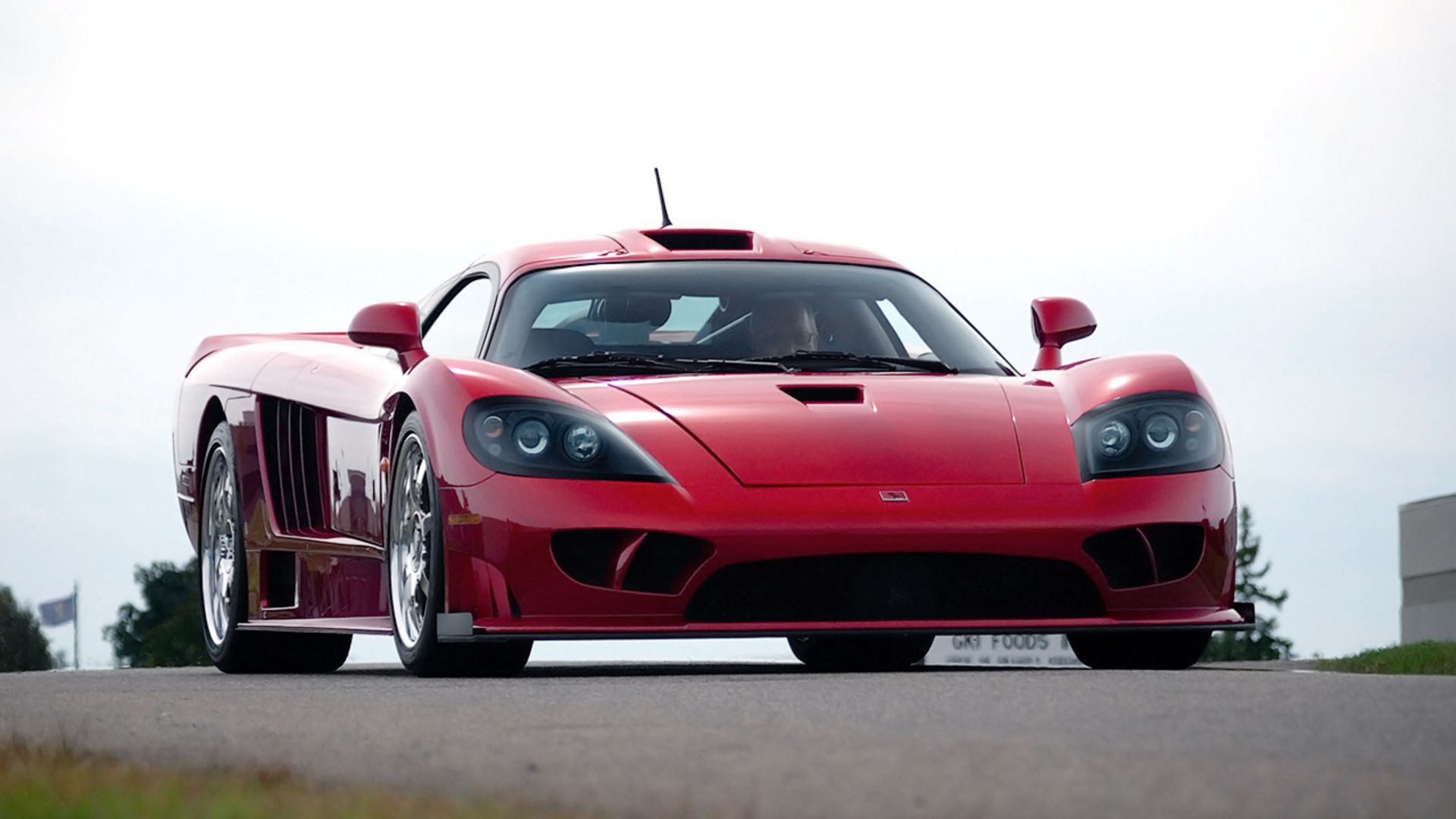 Who remembers the Saleen S7 Twin Turbo? Not many, we’d wager. Gamers will know it as one of the fastest cars on the Test Drive Unlimited open-world racer. To everyone else, it’s a supercar made by a Mustang tuner. Regardless of what you think, it’s a bona fide 248mph car. Respectable for the early 2000s. 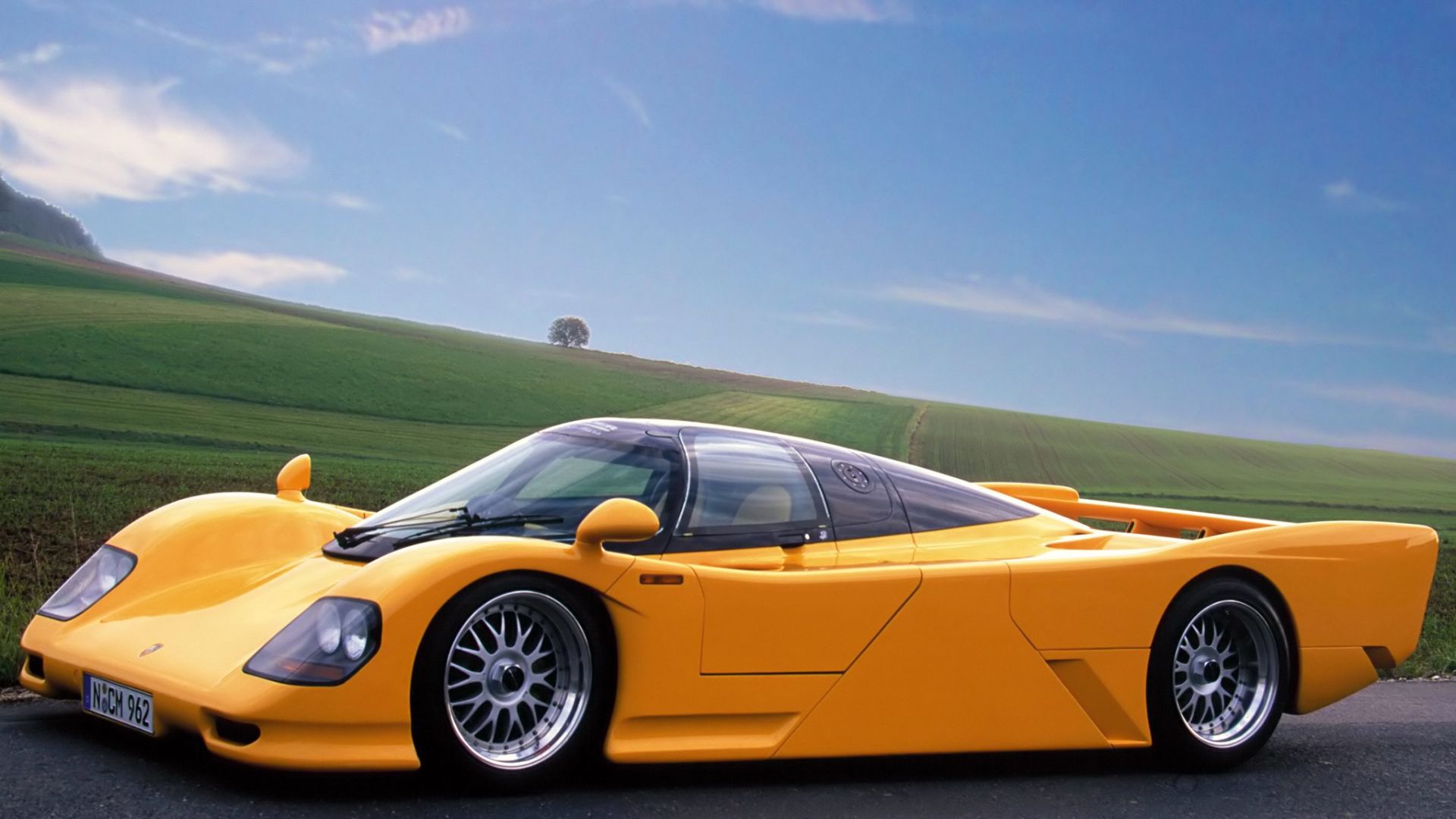 At this point we should clarify we’re not re-writing the record book itself. Official or not, the fastest are on this list. That includes the Dauer Porsche 962 Le Mans. It doesn’t get official recognition because it’s not a ‘real’ Porsche. But there are road-going variants of this Le Mans racer capable of 251mph. At least, that’s what one was independently measured at in 1998 on Volkswagen’s Ehra-Lessien test-track. 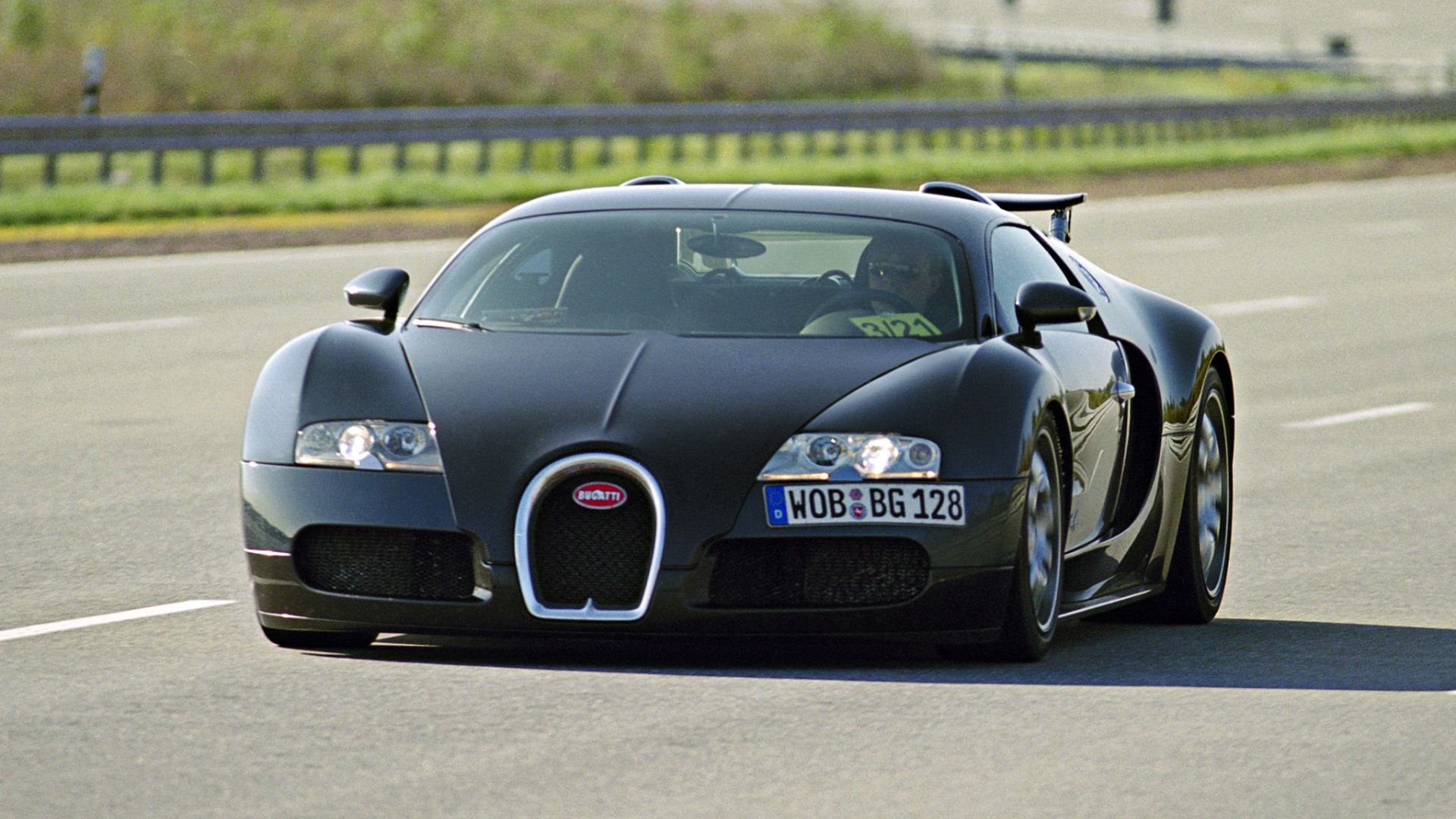 From the flakey and vaguely unofficial to one of the most famous fast cars ever. Like the McLaren F1, although some are faster now, the Bugatti Veyron will always remain a speed king. Topping 253mph was an expensive endeavour for Bugatti and the VW Group. This 1,000hp hypercar with a 16-cylinder quad-turbo engine cost far more per unit to build than it sold for. 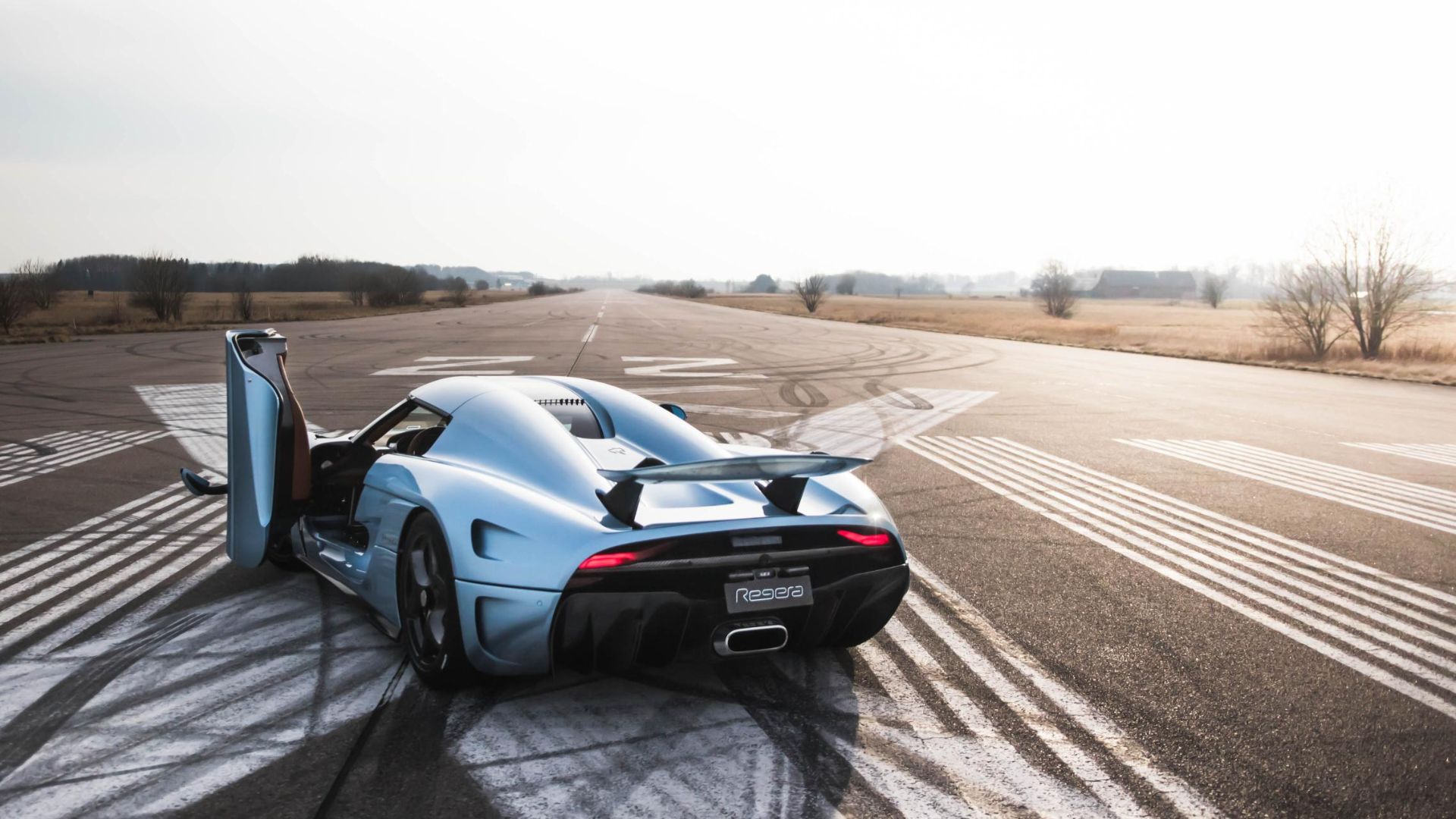 The Regera is Koenigsegg’s gearless hybrid. There isn’t room to explain how that tech works here. All you need to know is that it’ll reach 255mph. And this is supposed to be the marque’s luxury GT. 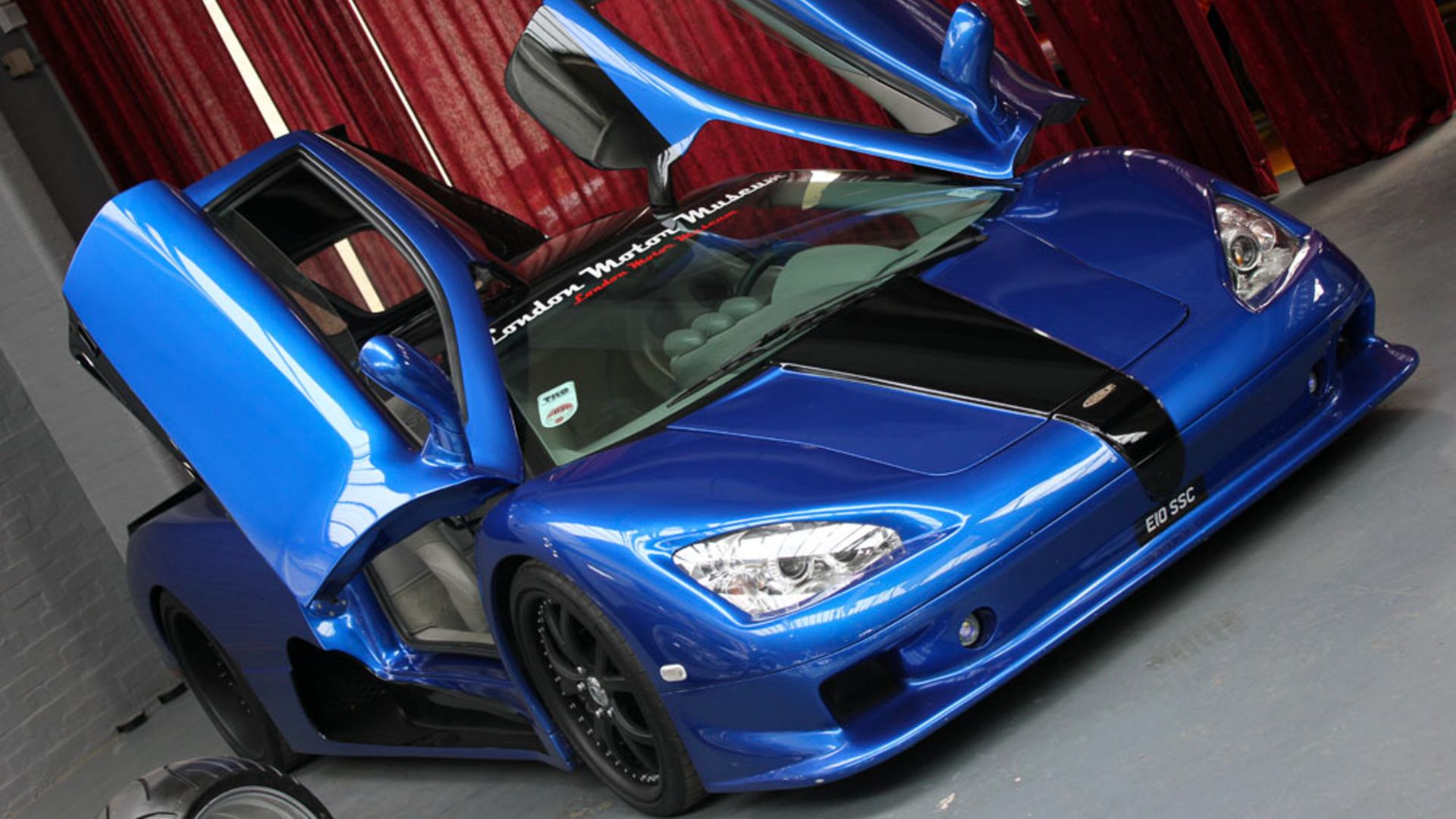 The car that took on Bugatti and won (sort of). The SSC Ultimate Aero topped 256mph back in 2007. Bugatti fans contest that the SSC is capable of this and little more, as opposed to the ultimate all-rounder that is the Veyron. Its twin-turbocharged 6.3-litre V8 churned out 1,200hp. 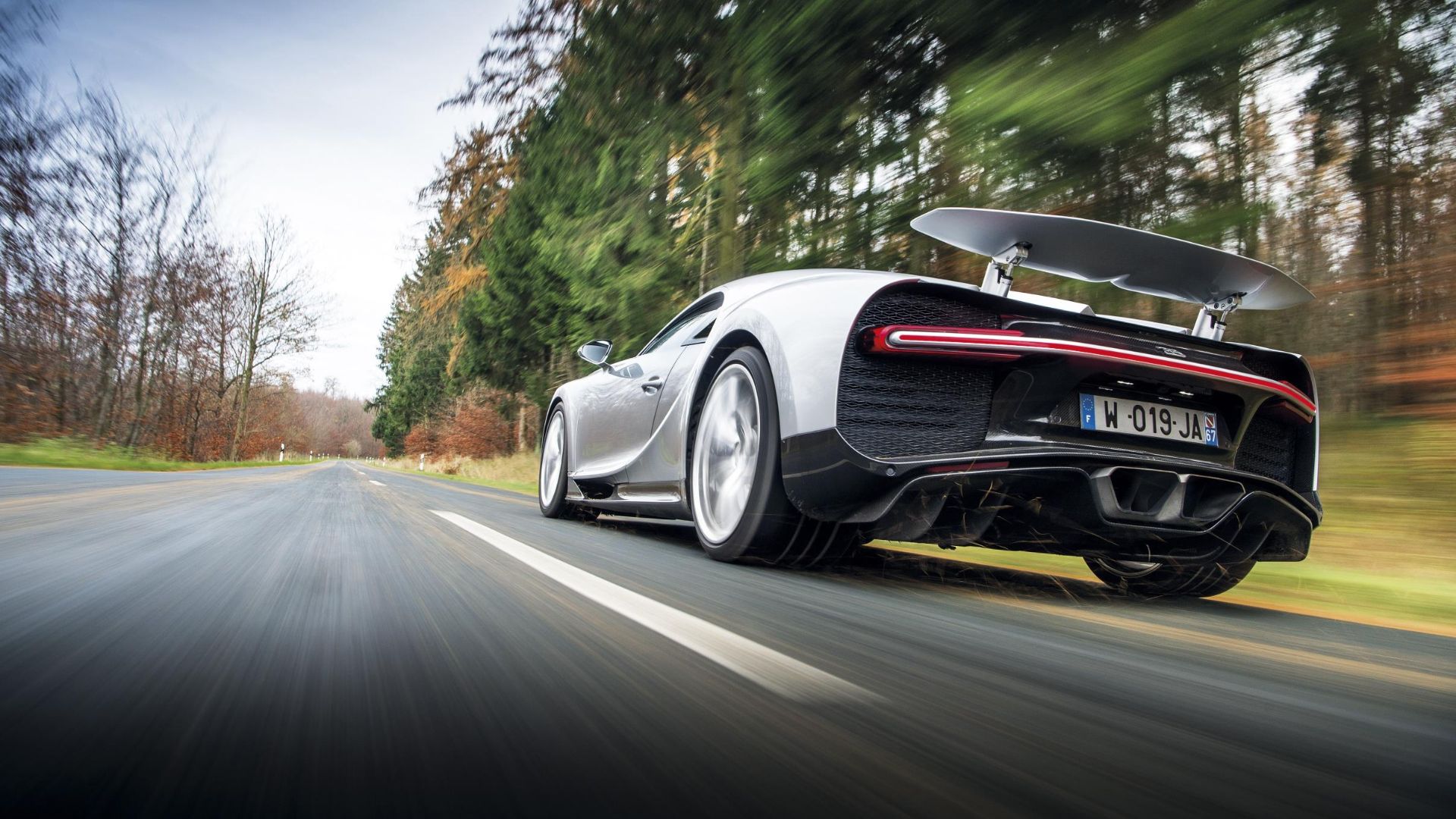 The long-awaited Veyron replacement saw Bugatti position top speed as a side-effect. Its predecessor, the Veyron Super Sport (to follow) would keep its record, given the Chiron was limited to 261mph. Bugatti claimed that tyres weren’t yet ready to propel this 1,500hp hypercar to its true potential top speed. Not to start with, anyway. 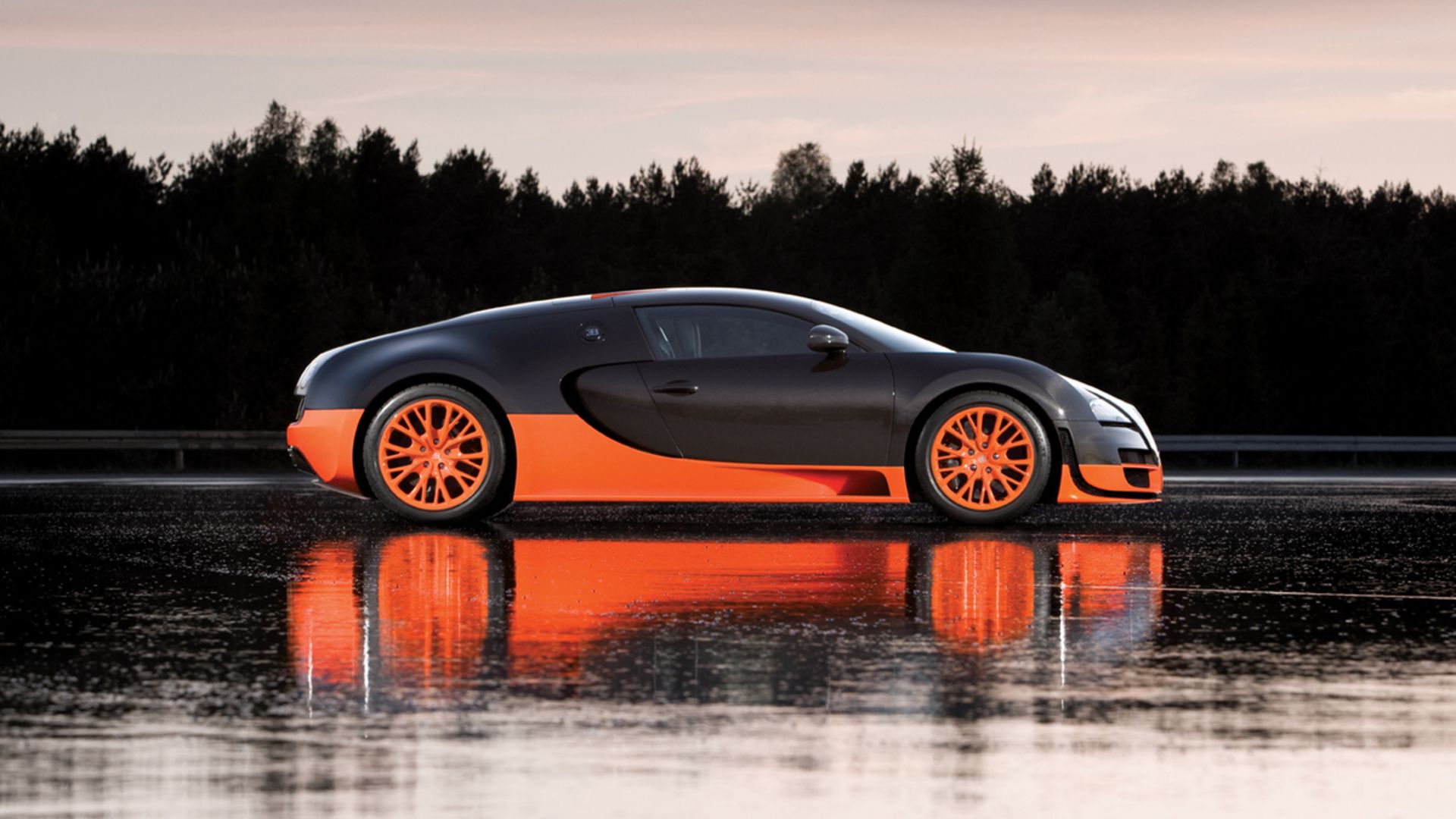 The Super Sport was Bugatti’s revenge against the boutique pretenders from America and Sweden. With 1,200hp, less weight and less drag, the SS topped the ‘standard’ car of five years before by 15mph, with a certified 268mph record. This official record would stand for seven years. 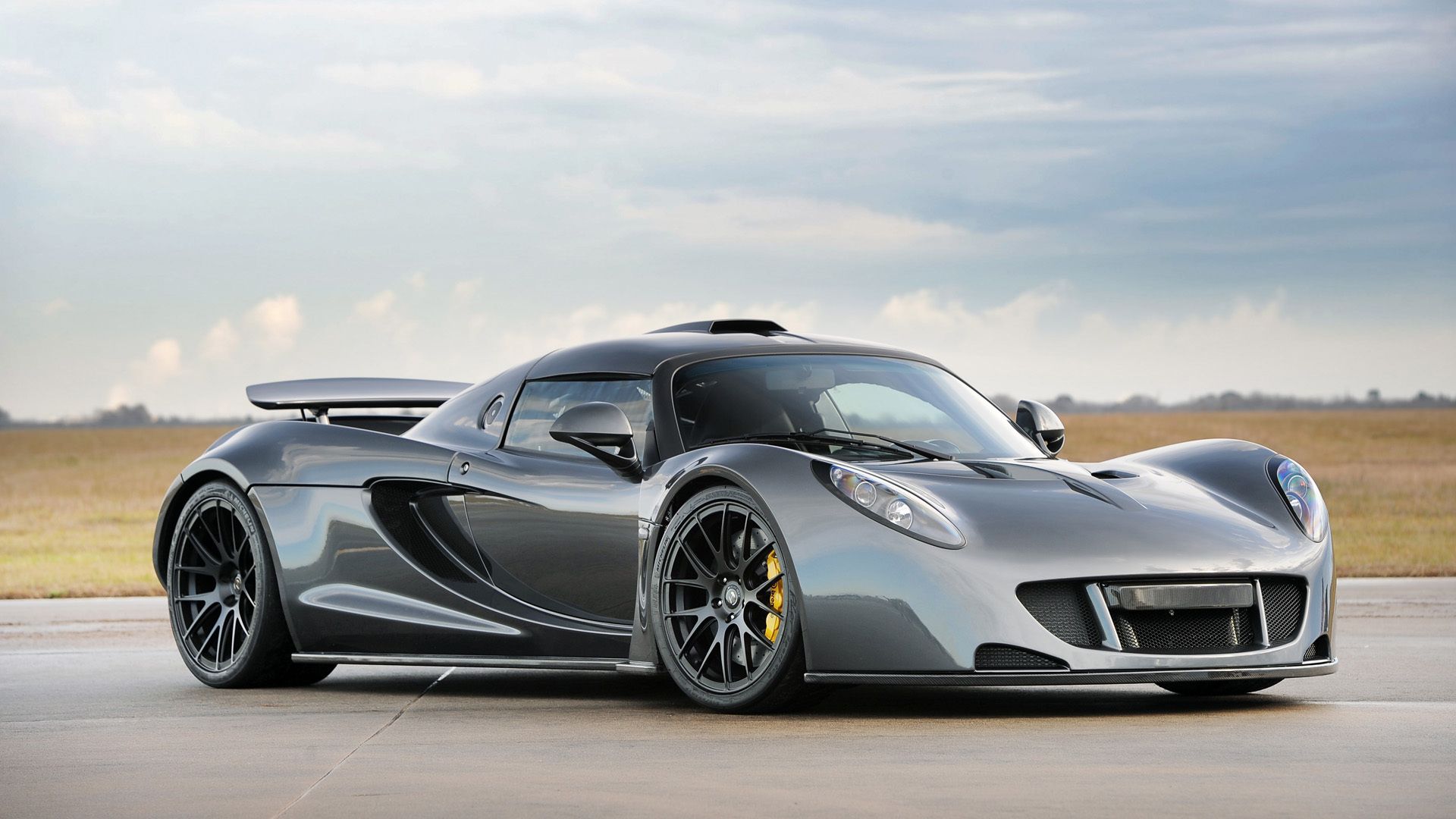 Unofficially, American tuner Hennessey with its Venom GT would beat it, hitting 270mph. But the run was in a single direction, rather than the average of a back-and-forth blast, and the Venom wasn’t the company’s own car. There are also complications with its relationship to the Lotus Exige. Still, it’s a road car that’ll do 270mph, so it’s on this list. 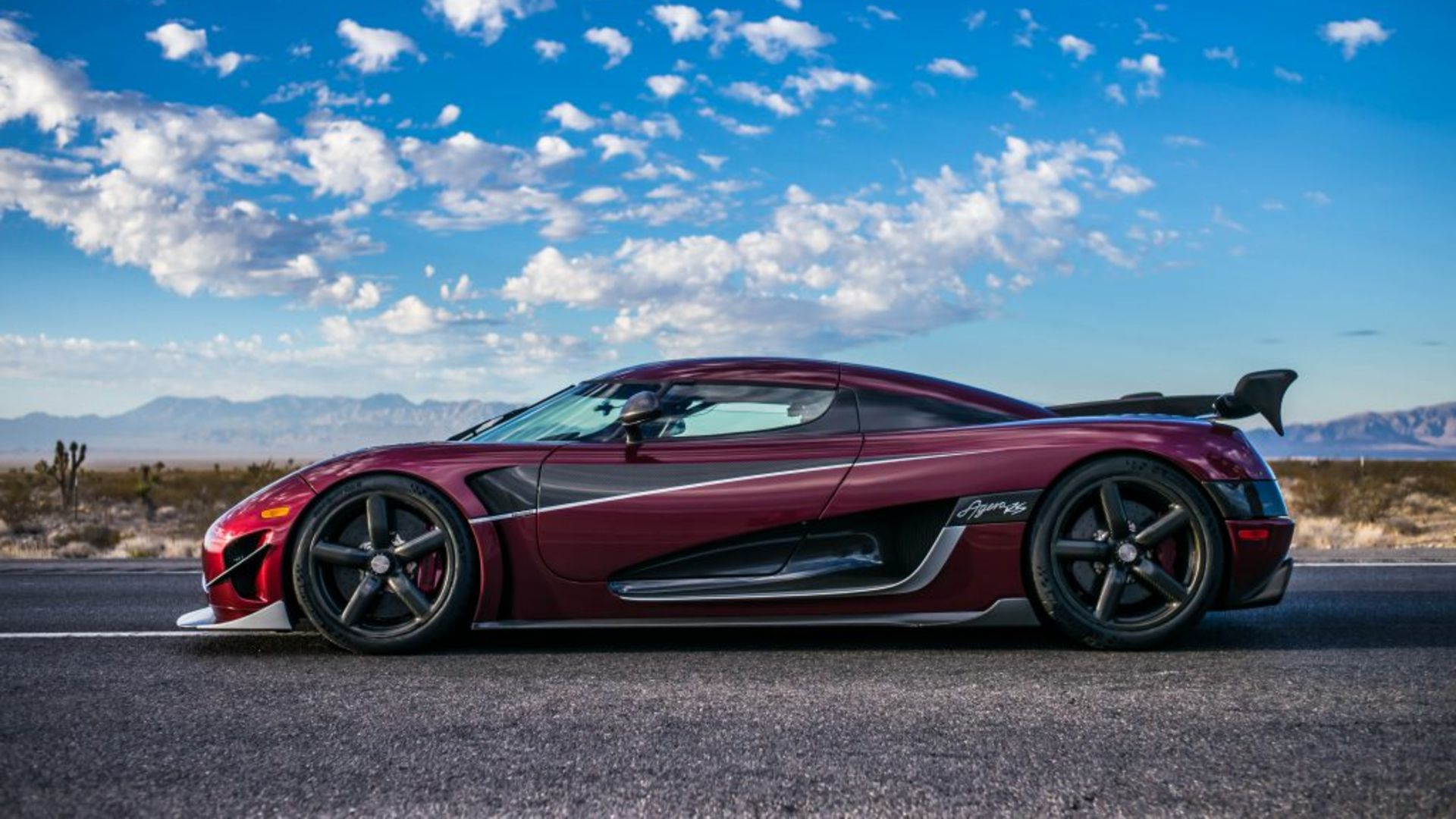 All Koenigseggs would be record holders given the chance, but the last of the Ageras was the one to prove the potential of the marque’s updated hypercar. The RS monstered the Veyron SS’s official record with a 277mph average two-way speed. One way, it actually exceeded 284mph. 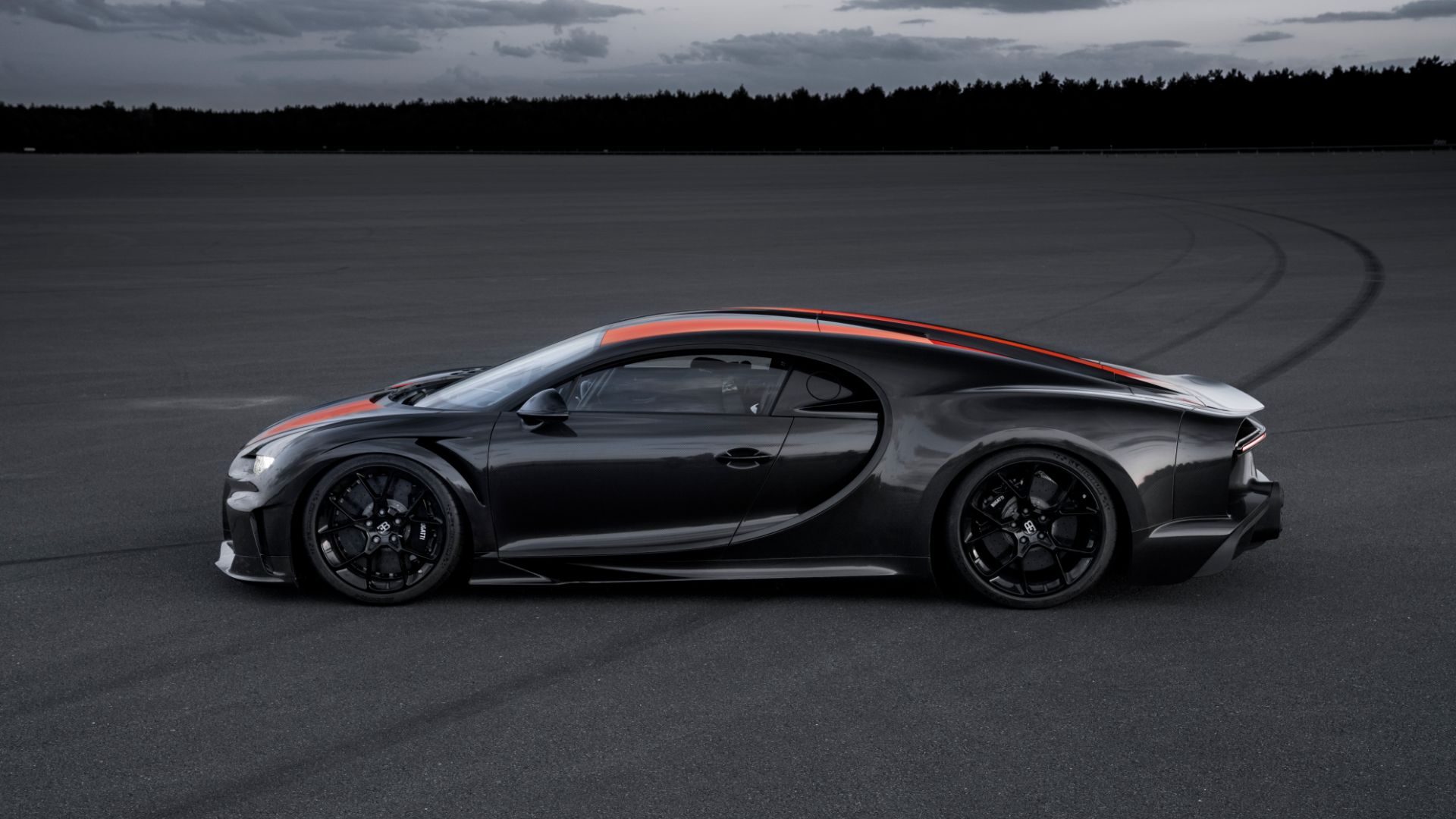 After limiting the Chiron’s speed in 2016, Bugatti has only gone and done it again. This is now officially a 300mph car. At VMax of 304mph, it covers a mile every 12 seconds, or five miles every minute. The mind boggles. Although the record-breaker was a prototype, a (still 300mph-capable) Super Sport 300+ production version soon followed.

But wait – there’s more! Here are some cars coming soon that might also lay claim to being amongst the fastest cars in the world… 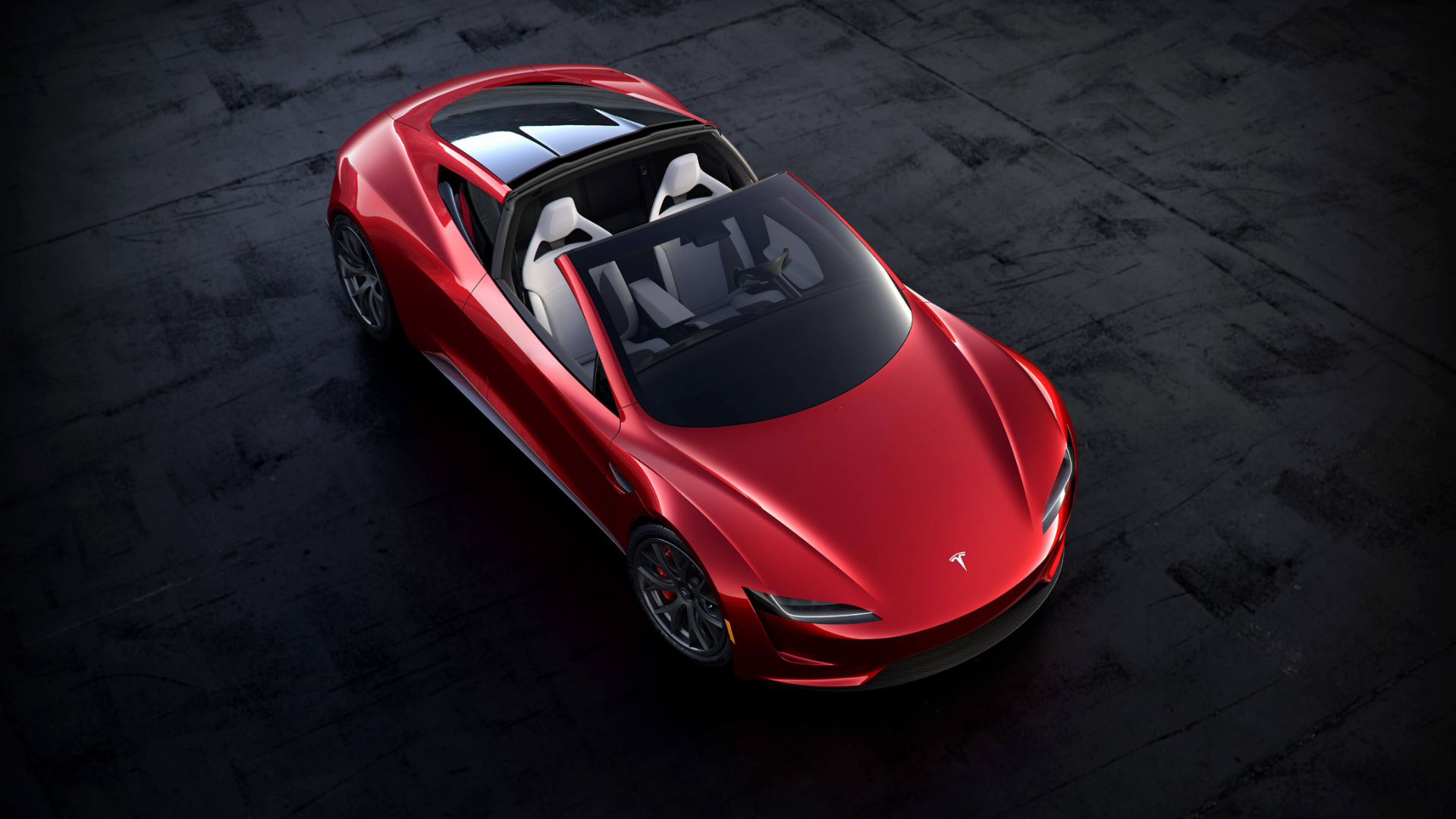 The new Tesla Roadster begins our bonus list of cars that will make this list when (and if) they’re ready. The jury’s out on whether the second-gen Roadster will actually top 250mph as Elon Musk claimed two years ago… 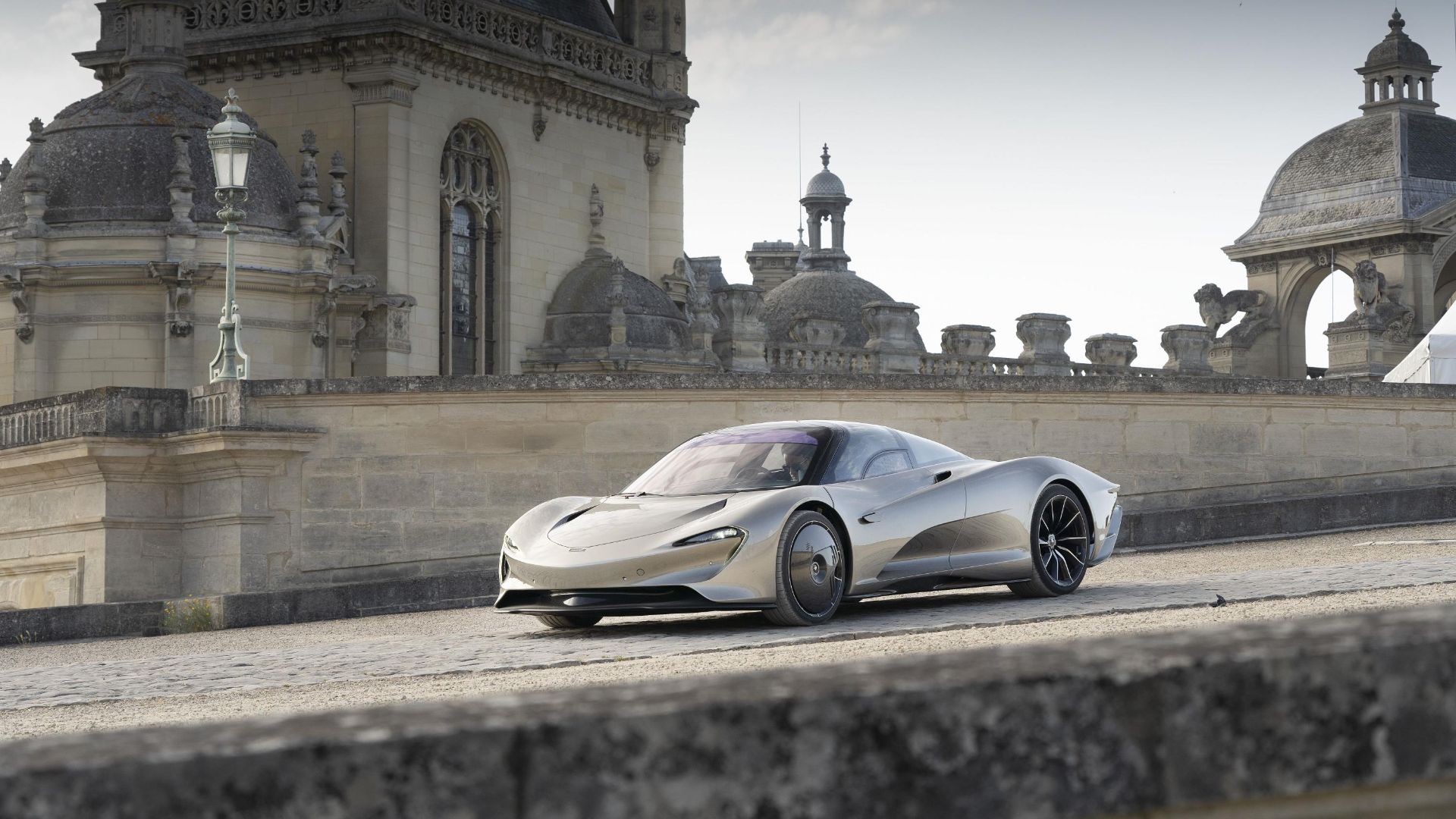 McLaren are past masters of fast, but the marque hasn’t ever gone for its own record. The otherworldly Speedtail is a love letter to the F1, with three seats and a claimed 250mph top speed. Not huge by comparison to some more recent offerings, but respectable nonetheless.

Chris Harris recently raced an F35 fighter jet on Top Gear with one (and lost), but said it felt incredibly quick, even at speeds beyond 220mph when the wind would be battering a Bugatti. It’s also the most likely on this list to be capable of its claimed speed in its current form. McLaren has also got some solid 250mph testing in too, with the car getting up to this speed 30 times on a runway at Kennedy Space Center. Very cool. 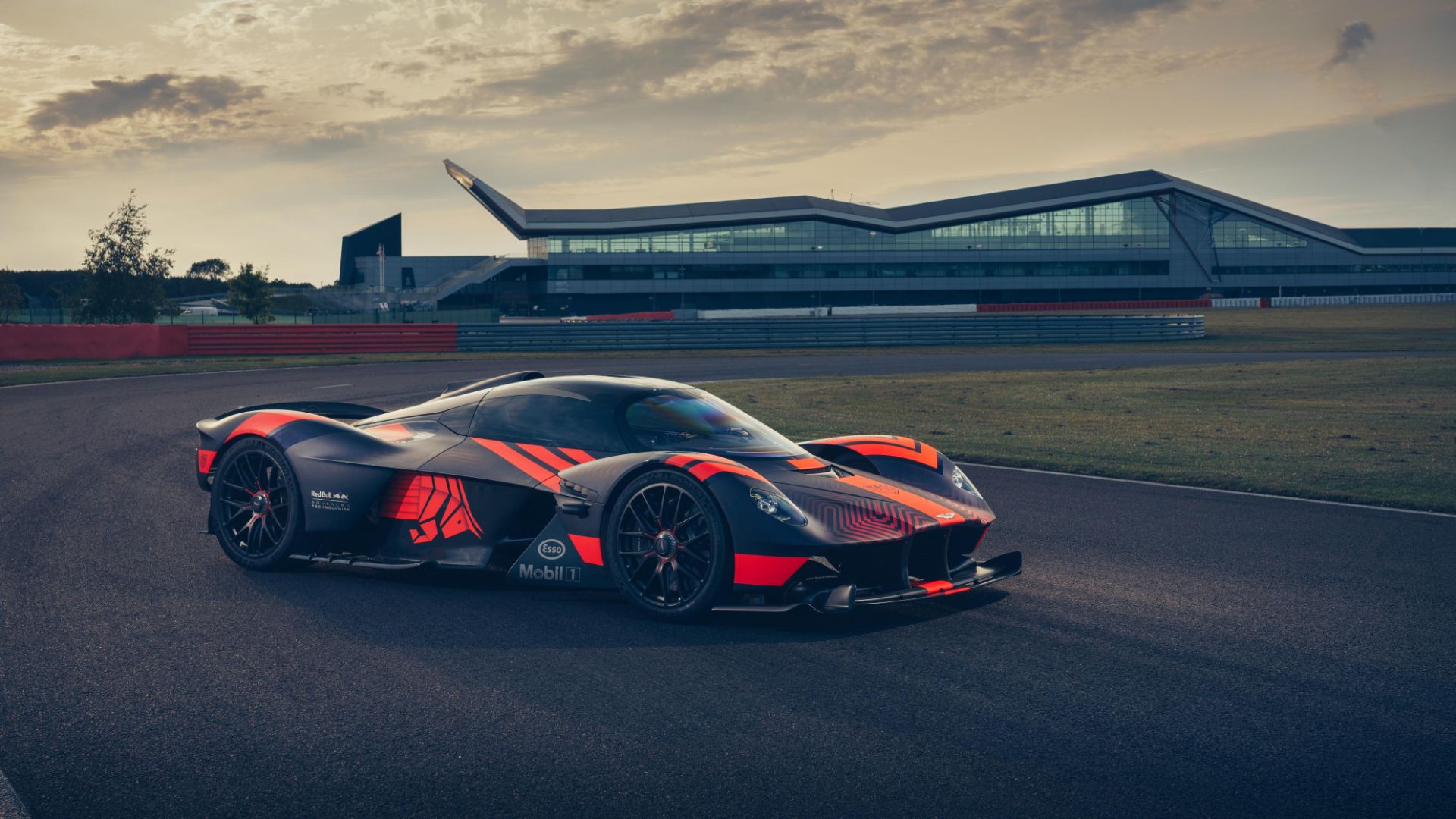 The car they say is capable of lap times comparable to top level racing cars should also do 250mph. We don’t doubt F1 design ace Adrian Newey’s ability to deliver. It’s not quite ready yet, but this V12-powered 10,000rpm monster could be the most exciting car since the McLaren F1. 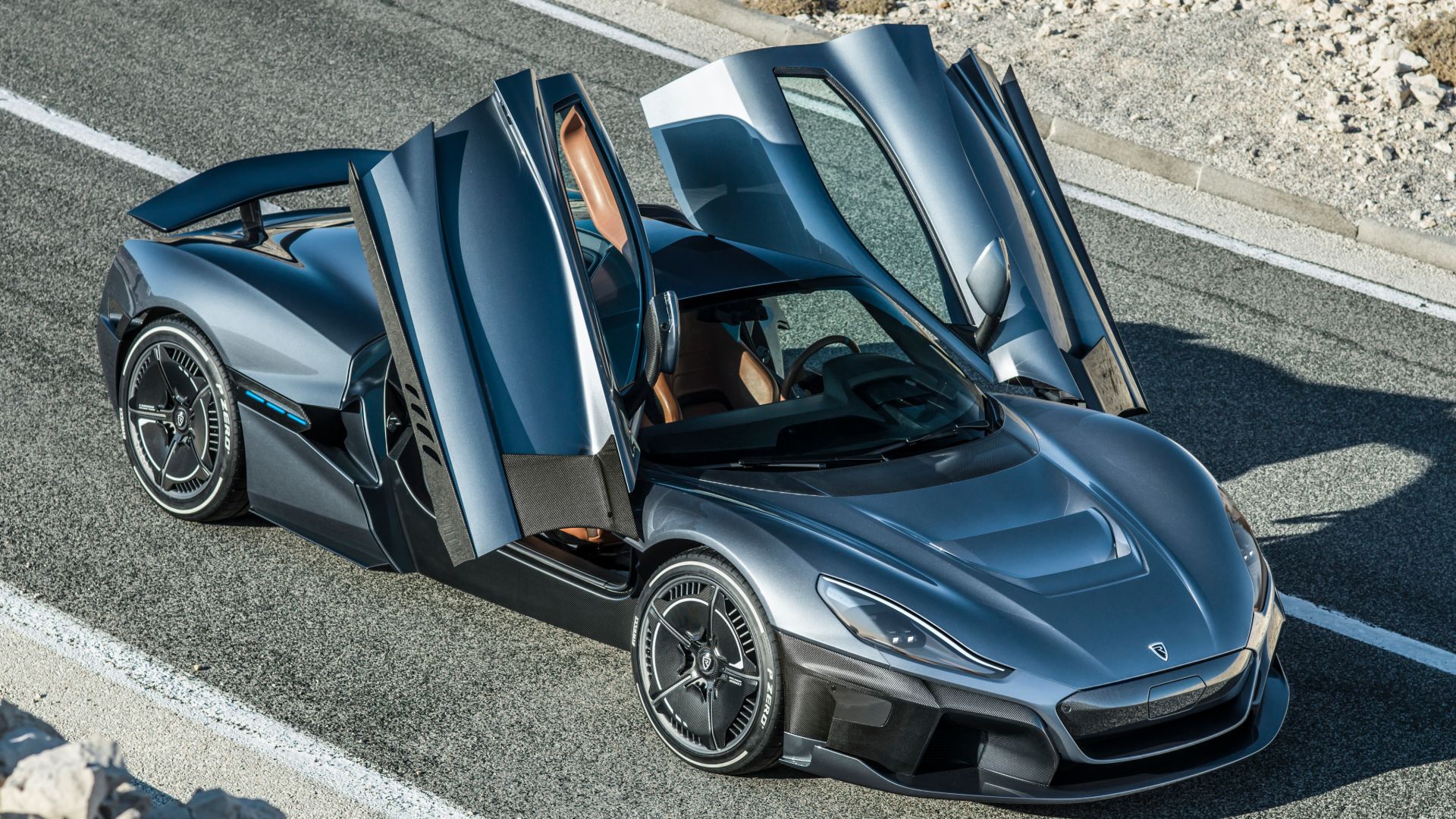 The production version of the all-electric C_Two hypercar from Rimac is expected shortly at this year’s Geneva Motor Show. At its reveal two years ago, a 256mph top speed was claimed. That’s a tall order for a normal hypercar, let alone one powered by electricity. Then again, people have doubted Mate Rimac and been wrong before. 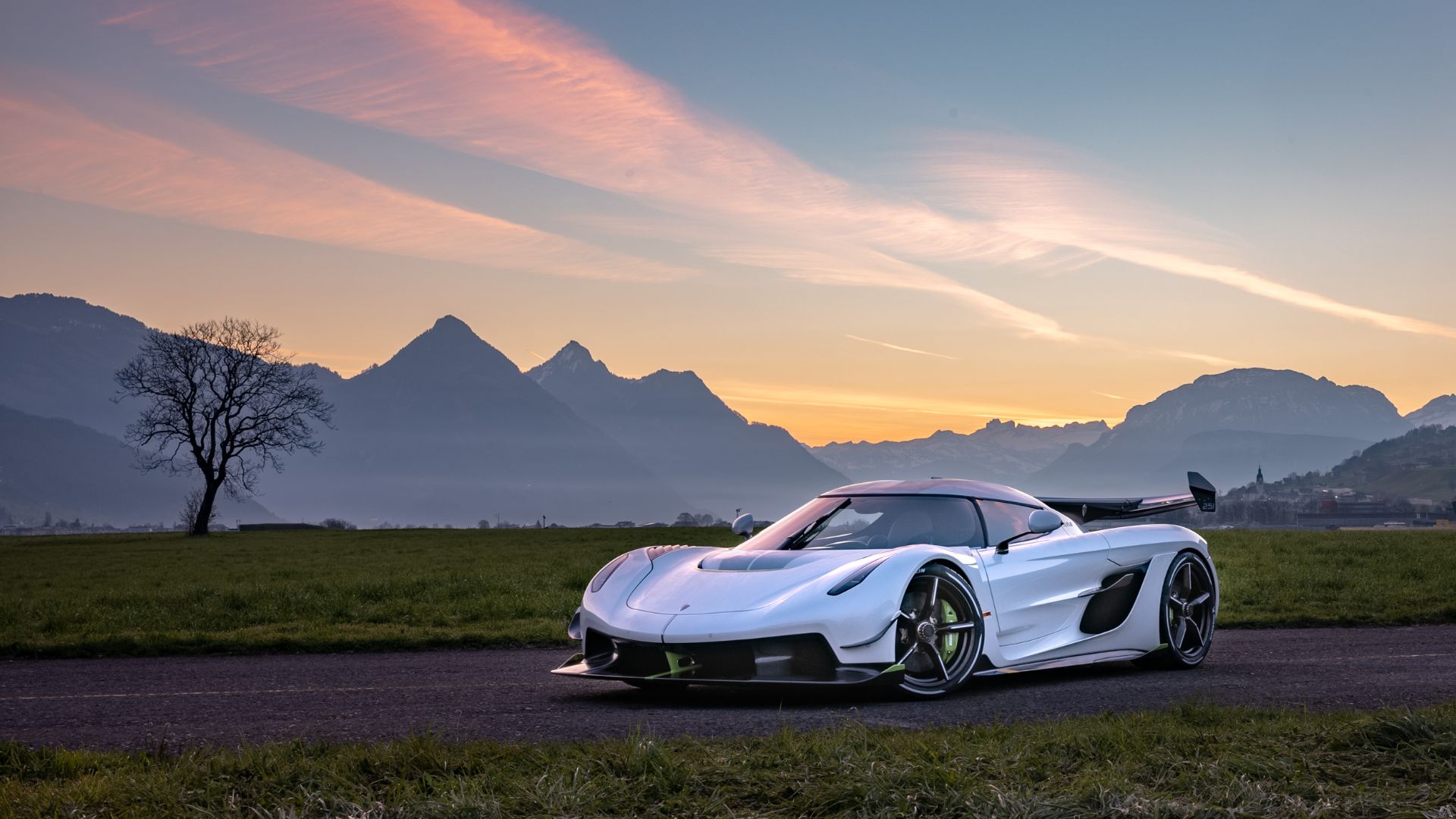 You can bet this is the real deal, though. The Jesko is Koenigsegg’s Agera replacement and is the car most likely to take on Bugatti and win. Revealed in a suitably bewinged and track-ready specification at Geneva this year, questions of a speed record were fielded with claims that a low-drag variant dubbed the Jesko 300 was coming. We wonder what the ‘300’ stands for… 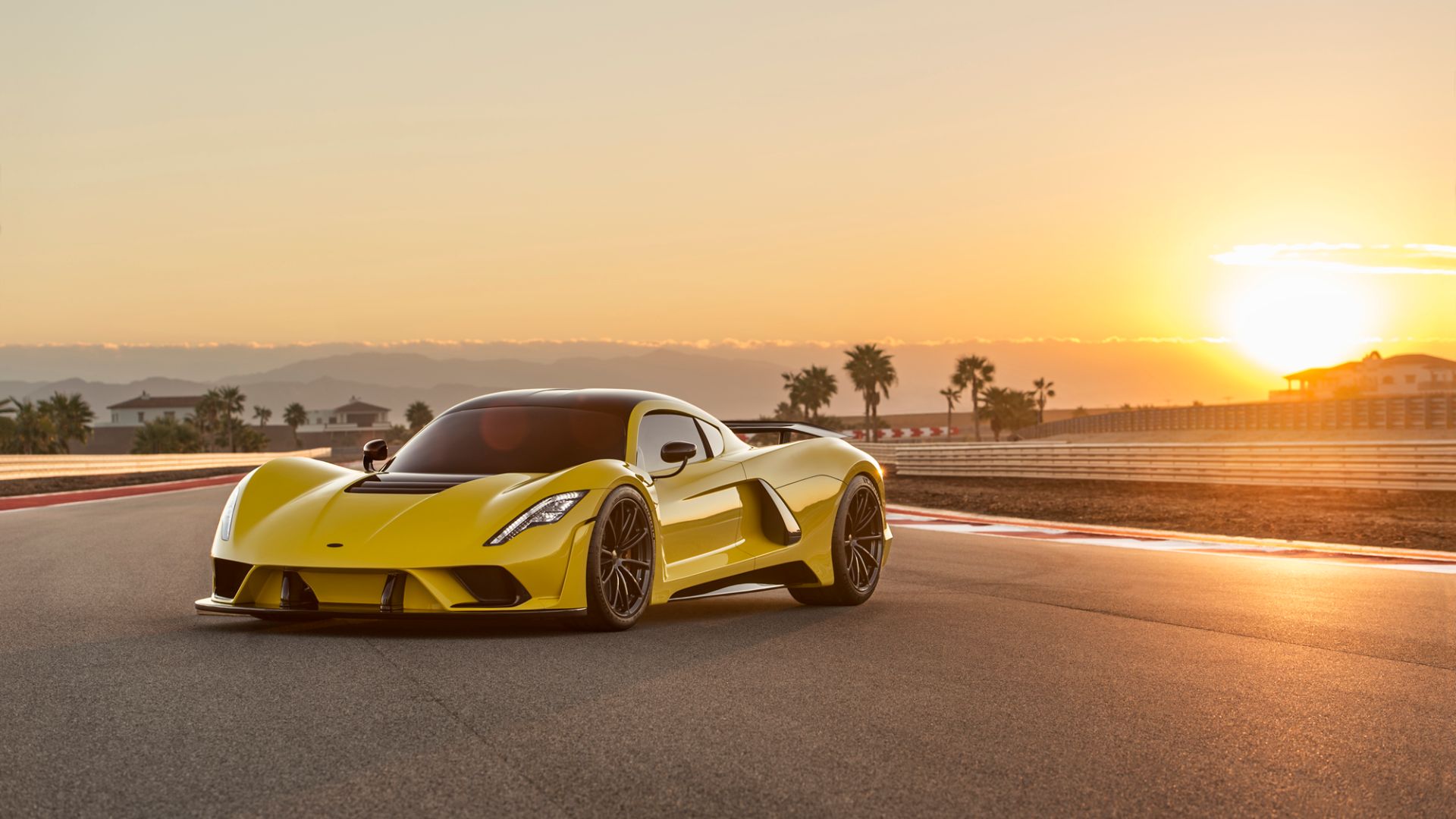 Hennessey is also back with a new Venom. The F5 will supposedly be good for 300mph, when it’s eventually ready. Once again, power will come courtesy of a twin-turbo V8 engine with upwards of 1600hp. We await eagerly, albeit without holding our breath. 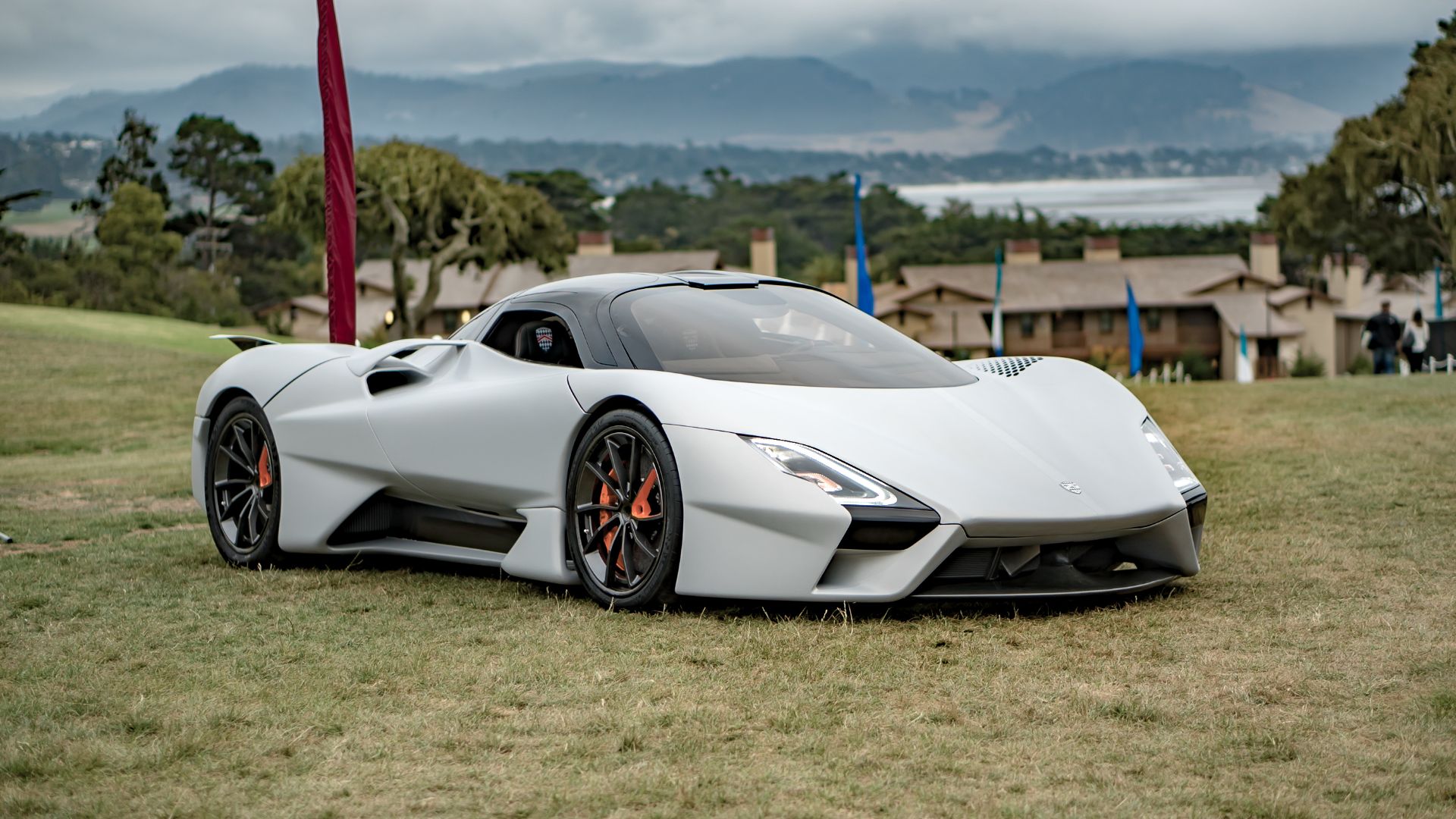 The Tuatara has actually been around for eight years, albeit in an unfinished state. Our scepticism is understandable, although the first customer has reportedly taken delivery. Maybe it is serious, then? On E85 fuel its 5.9-litre twin-turbo V8 can produce 1,750hp and rev to 8,800rpm. SSC claims it will top 300mph. Let’s see it happen! 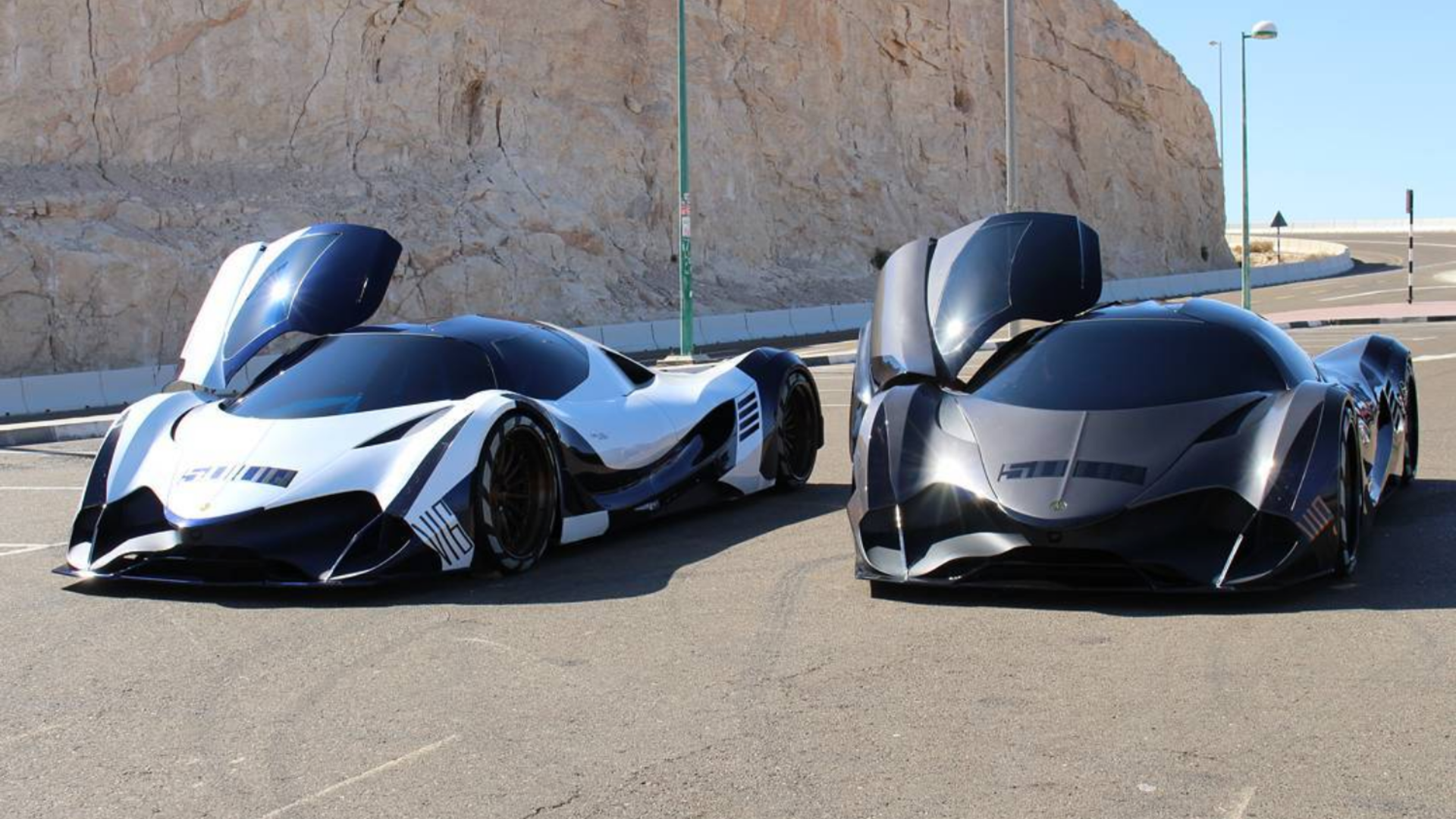 This thing makes the SSCs and Hennesseys look vastly more credible, somehow. Perhaps even HS2 will be up and running before it arrives. The Devel Sixteen project is ongoing since its reveal in 2013. In its most powerful state, it’ll produce more than 5,000hp via a quad-turbo 12.3-litre V16 engine. It’s effectively two General Motors LS V8 engines welded together. And that’s not even that one that’s supposed to do 320mph. For that, all you need is the middling 3,000hp variant.

Sceptical though we are, this project seems to have unlimited money behind it, and money tends to get things done. Perhaps Devel could spare a billion or two for the HS2 pot?