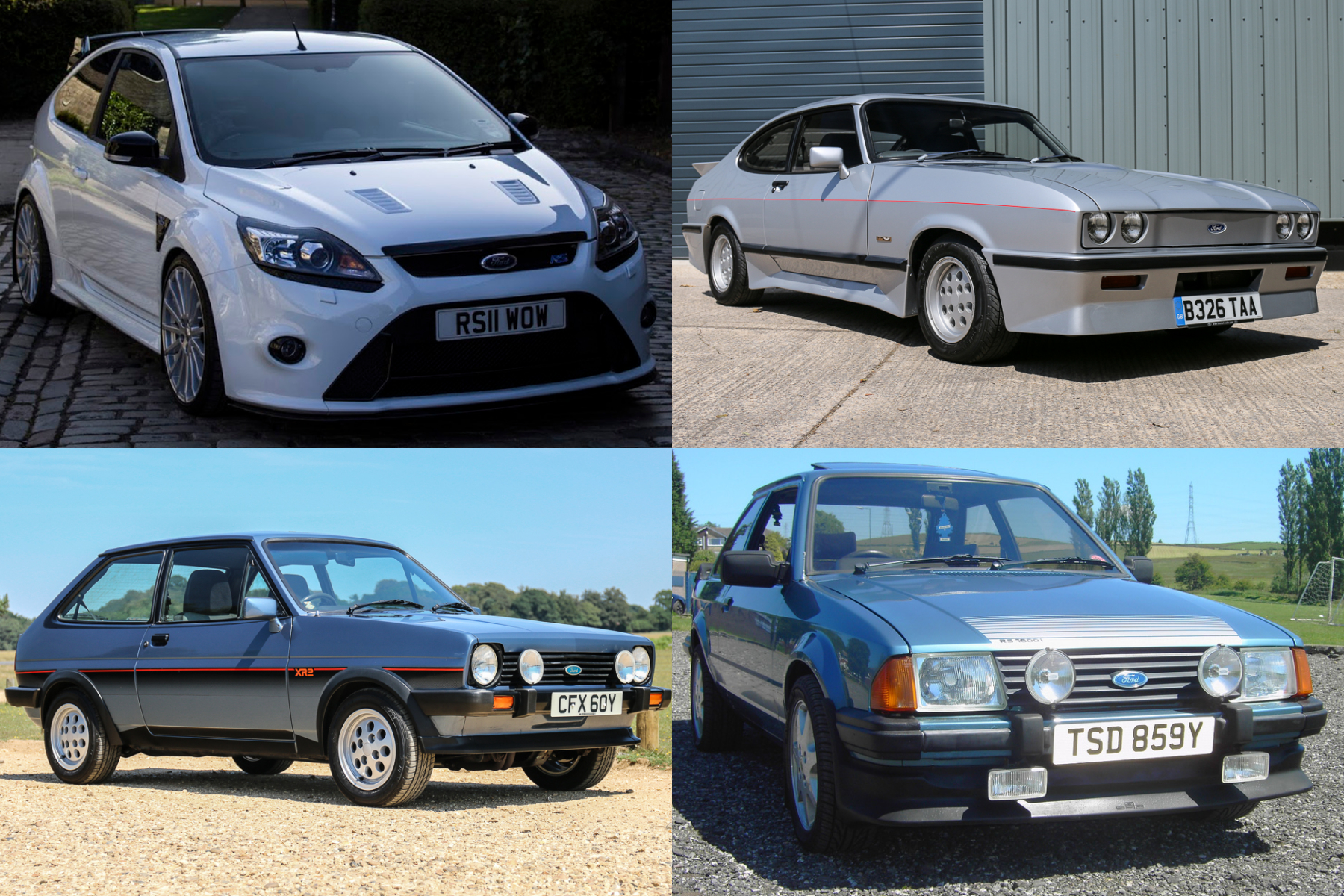 A low mileage Mk2 Focus RS and a Tickford Capri are just a couple of the fun fast cars from the Blue Oval’s past hitting the auction blocks in the September 15th Classic Car Auctions sale.

When the line-up also includes an Escort RS Cosworth, a Brooklands Capri and a bargain Escort XR3i Cabriolet that’s perfect for the 2018 late summer sun, there’s every chance a few new fast Ford record prices could be achieved. 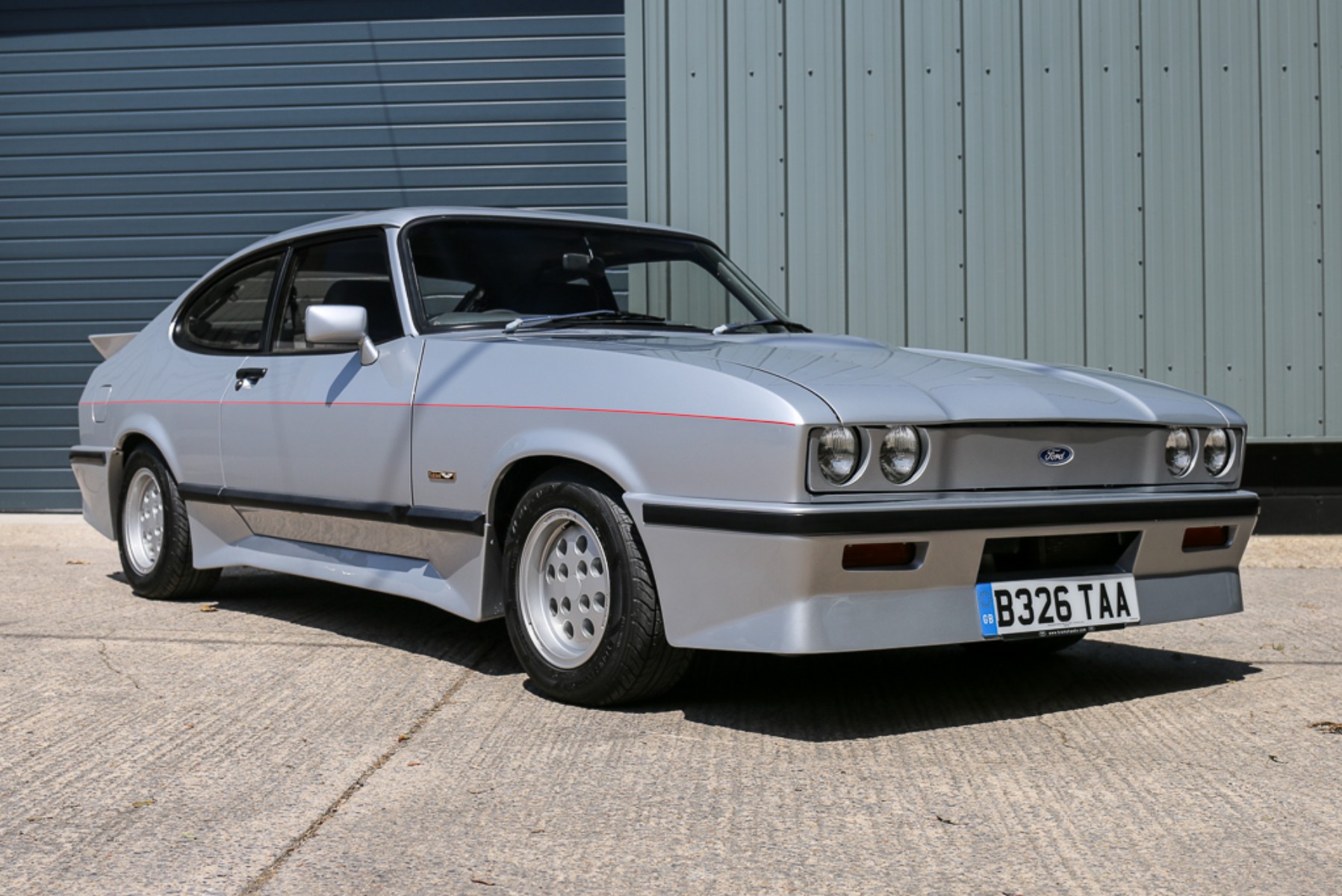 The Tickford Capri was a German Ford factory-built model that was sent to Tickford in the UK for an extensive tart-up. The transformation included a turbo, brake upgrades, a substantial suspension upgrade, a limited-slip diff and a proper bad boy body kit to let you know it’s something special. Think AMG to Mercedes in the ‘80s.

Number 50 of the 88 built is finished in Stratos Silver (recently comprehensively resprayed) with 63,000 miles reading on the odometer. In spite of its rarity, it’s estimated to fetch no more than £30,000 come the sale. Which, by modern Fast Ford standards, almost seems a bargain for something this special. 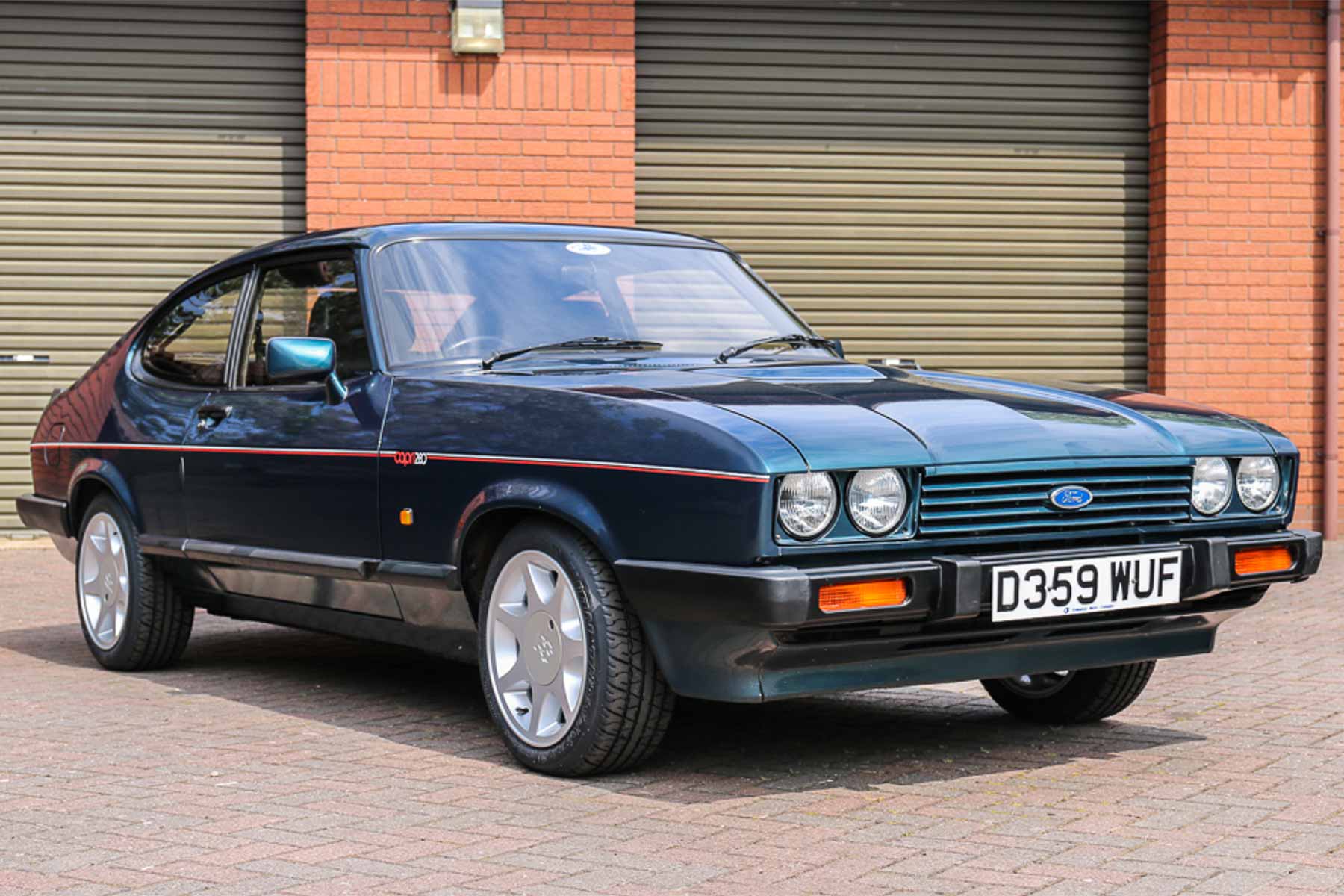 Ah, decisions, decisions. Do you go for the cult appeal of the Tickford Capri, or the sheer collectability and recognition factor of the 280 ‘Brooklands’? Tough call, particularly when the run-out special is this divine. With just 15,000 miles on the odo, Classic Car Auctions say it’s one of the best 280s they’ve ever seen. 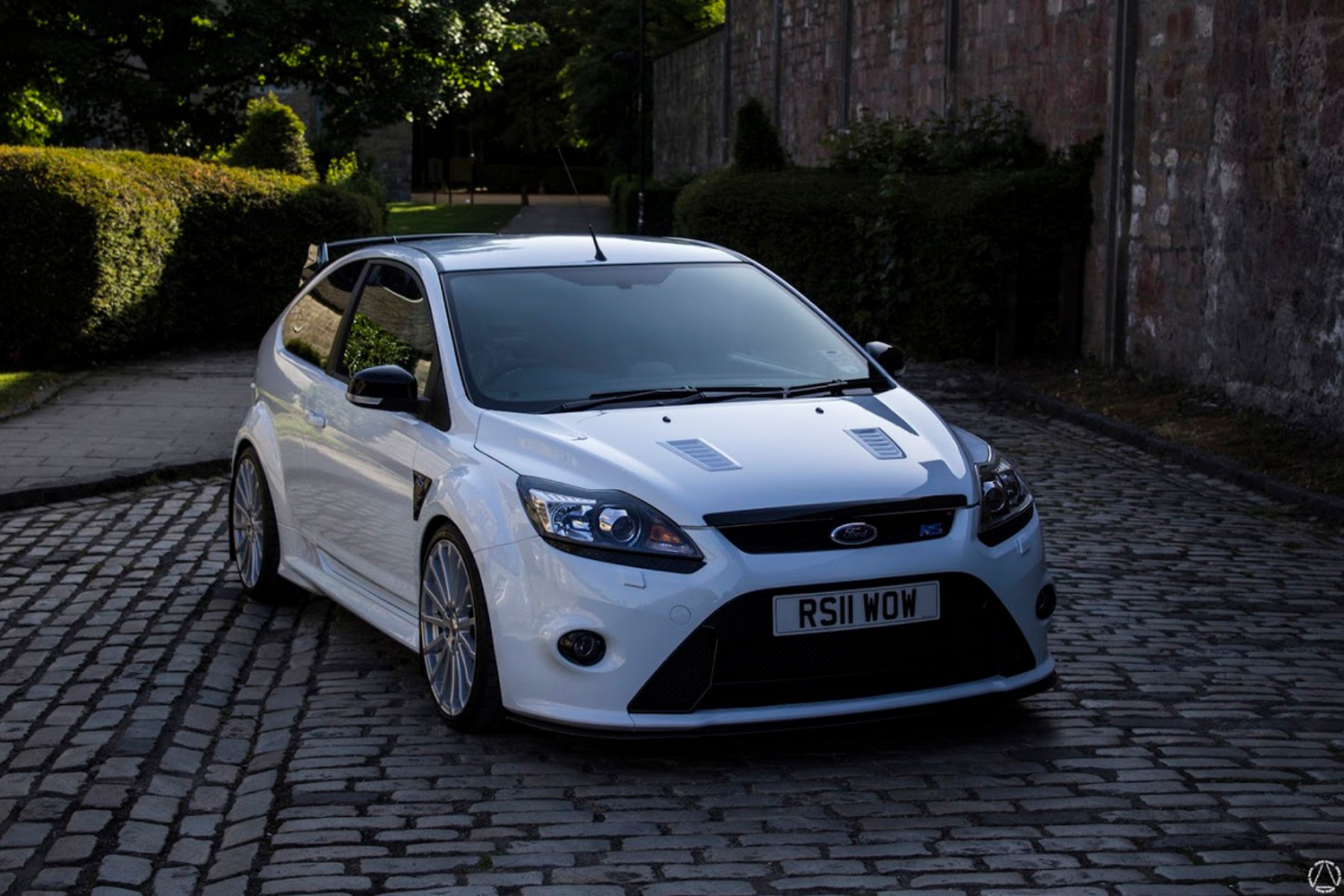 The Focus comes with a mere 1,200 miles on the odo’ which certainly stacks in favour of a heady valuation. It is, however, not fully original, with H&R lowering springs, a Mountune engine upgrade taking it to 420hp and a Milltek exhaust making this a far-from-pure example. Big power, big impact, but big money… 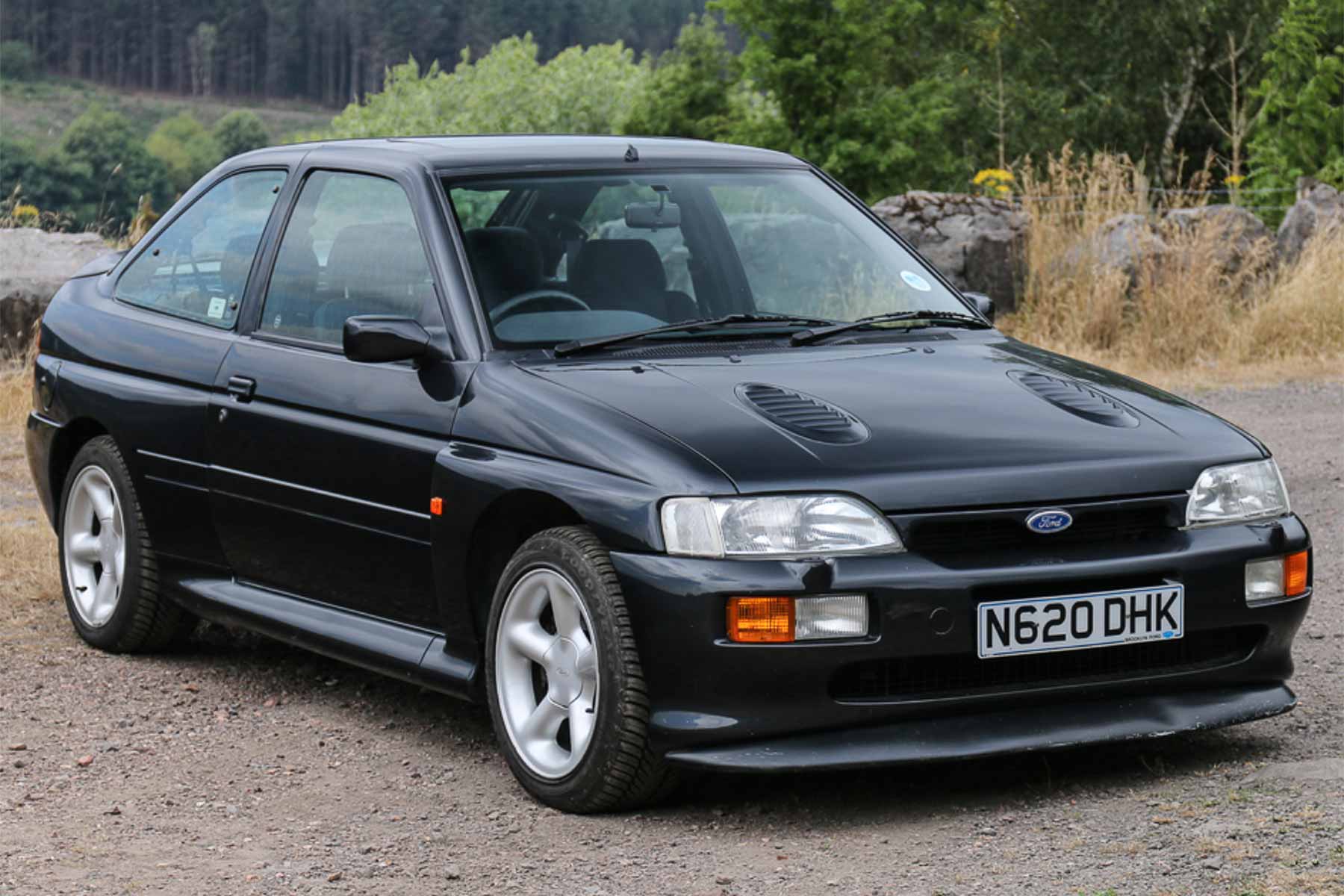 And if you thought the Focus was big money… but this is a fully original Ash Black UK-delivered car that has a mere 22,500 miles on the odo. It’s in peachy overall condition, scoring strongly in Classic Car Auctions’ condition report. The only obvious flaw we can see is that bash on the front splitter. A bargaining point on the auction floor? Dream on… 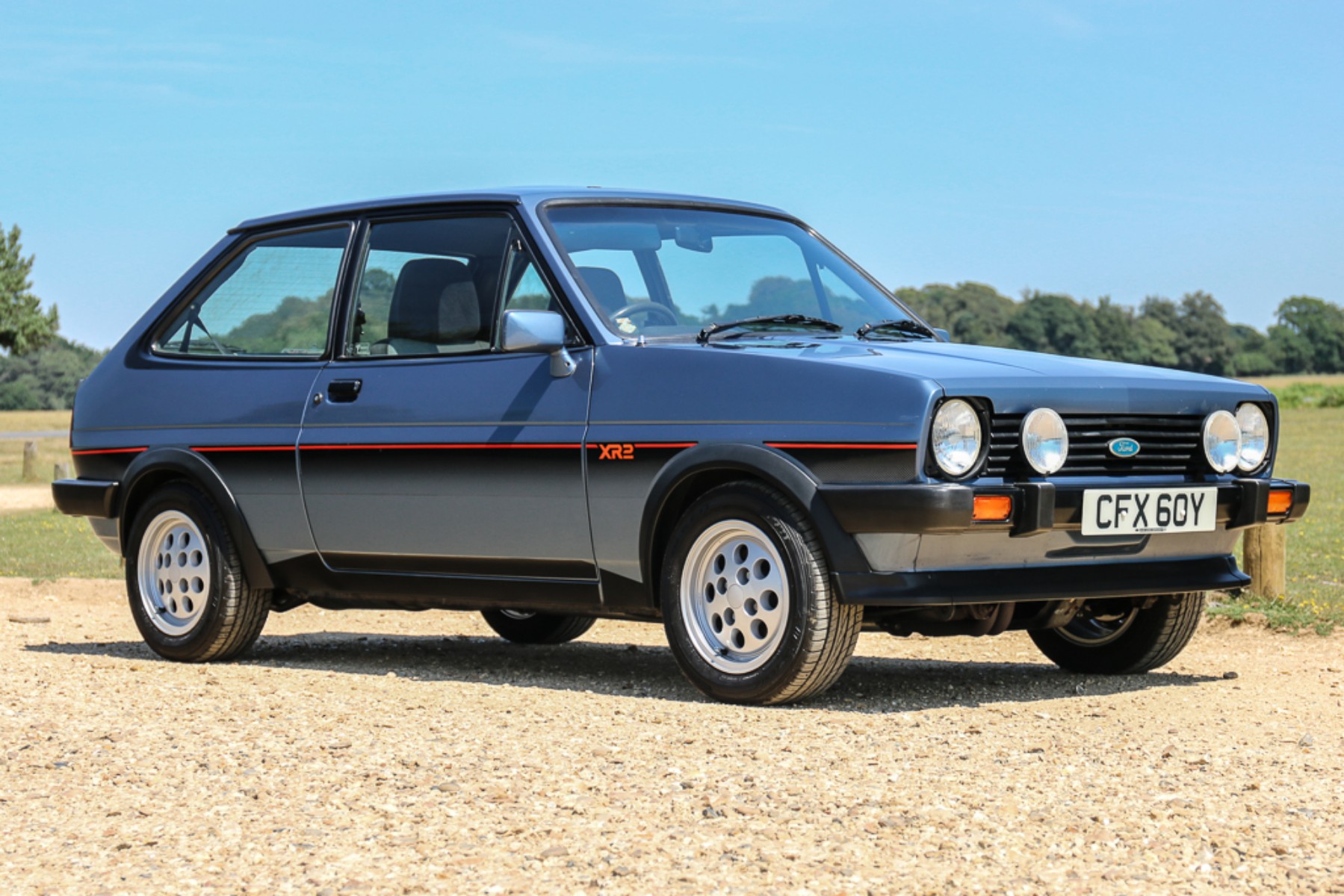 What about if you don’t quite have enough money to buy that Focus? Try downsizing. The 83hp 52,000-mile 1983 Fiesta XR2 is expected to pull up to £16,000 when it hits the block. Biggish money? It’s the sort of prices 1980s fast Ford buyers could only dream of, but not so out of the ordinary today, particularly for an example this immaculate. 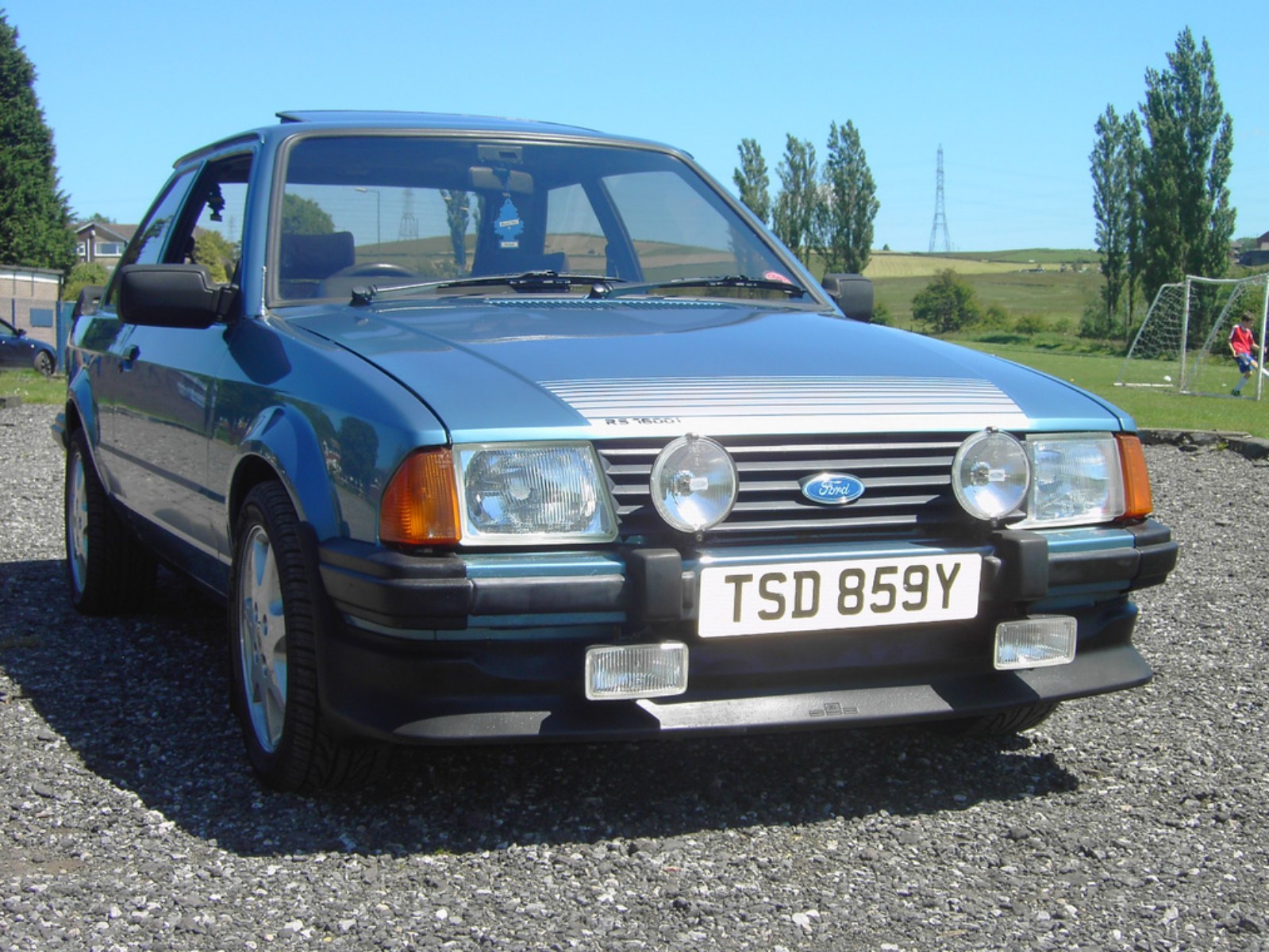 The Escort RS1600i is a proper homologation special, a German-developed alternative to the British-honed XR3i. The example up for sale has enjoyed a recent refresh following a long stint in storage, complete with quintessential ‘80s flourishes. Upper estimates of around £25,000 still leave you at least £5,000 change versus if you plumped for the 2011 Focus. 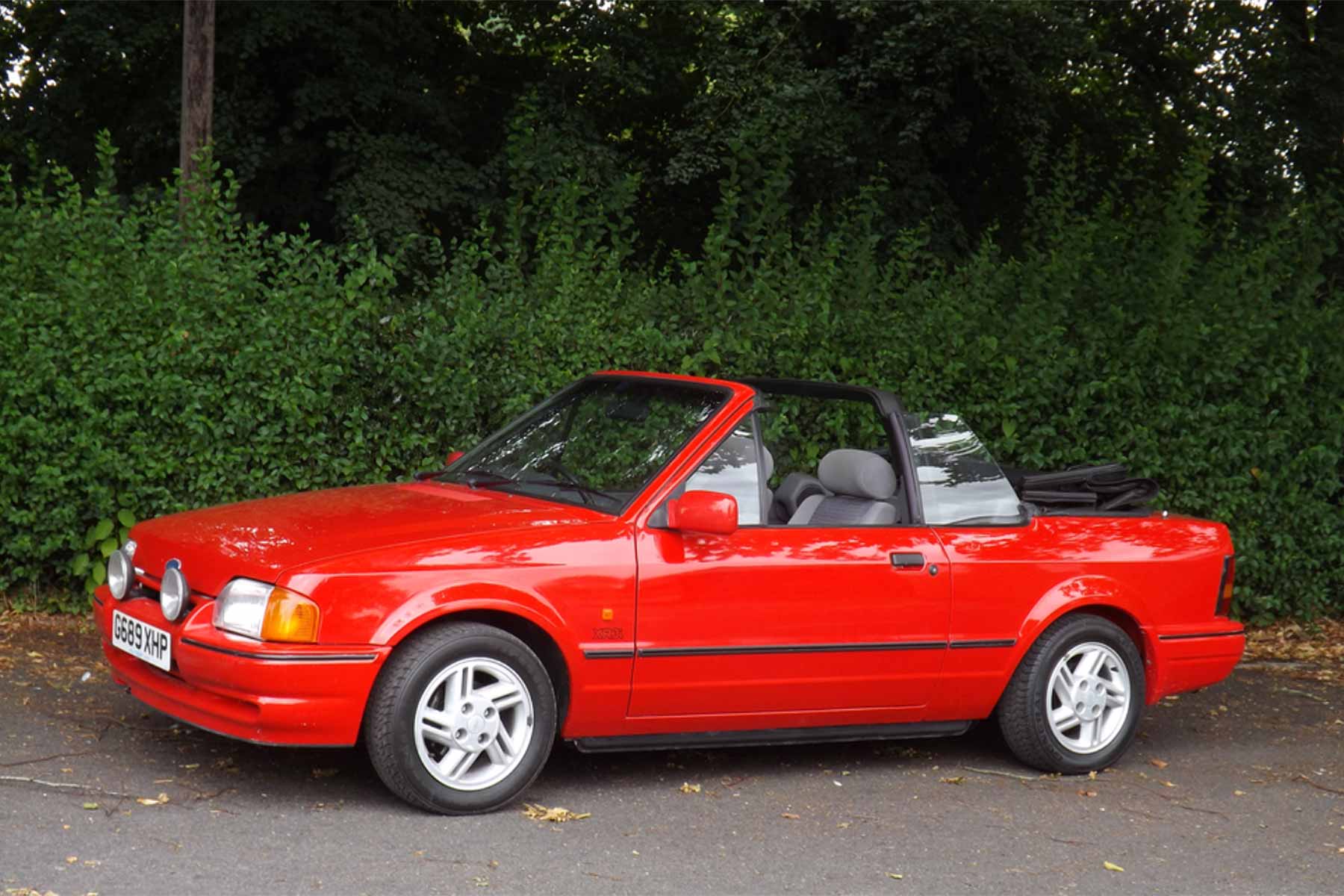 OK, bargain-hunters… you only have four figures in your fast Ford fund, and the sun is shining, and maybe it’s gone to your head… will it result in your bidding for this sweet-looking XR3i Cab? It’s not perfect, but the price reflects that, says CCA, and with just 58,000 miles on the clock, there should be plenty of life left in it yet. Four-seat fast Ford fun that, judging by some of the other prices here, can only go up in value?