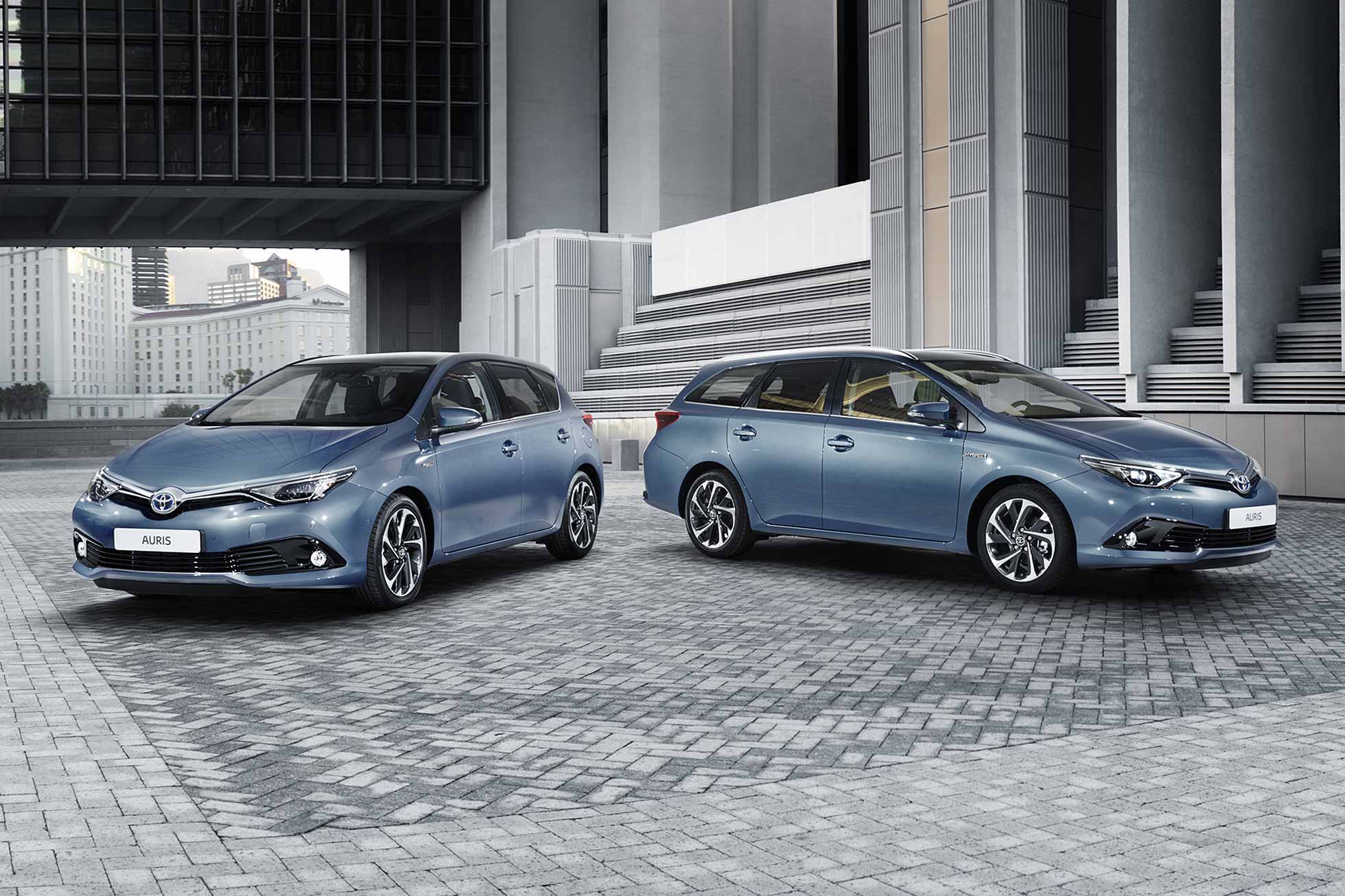 Toyota will show a facelifted version of its Auris family hatchback at the 2015 Geneva Motor Show next month.

The refreshed car will line up alongside the facelifted Toyota Avensis, also debuting at the show.

Although changes to the Auris are not as wide ranging as for the Avensis, they still give a welcome sharpening to Toyota’s Ford Focus rival, first introduced in early 2013.

Revisions include a crisper front end, new headlights and, inside, a much-needed refresh for the cabin: the current Auris has been criticised for its stark, downmarket interior and the facelifted model brings a welcome uplift.

The firm isn’t releasing any details of engines yet, but says the hybrid will remain the core of the range: around half of Auris sales are the petrol-electric green version, and the split is even higher in the UK.

Even so, petrol and diesel haven’t been forgotten and there will be punchier, more economical options offered for both.

Both the new Auris and its British-built Avensis sibling will make their public debut at the 2015 Geneva Motor Show on 3 March.