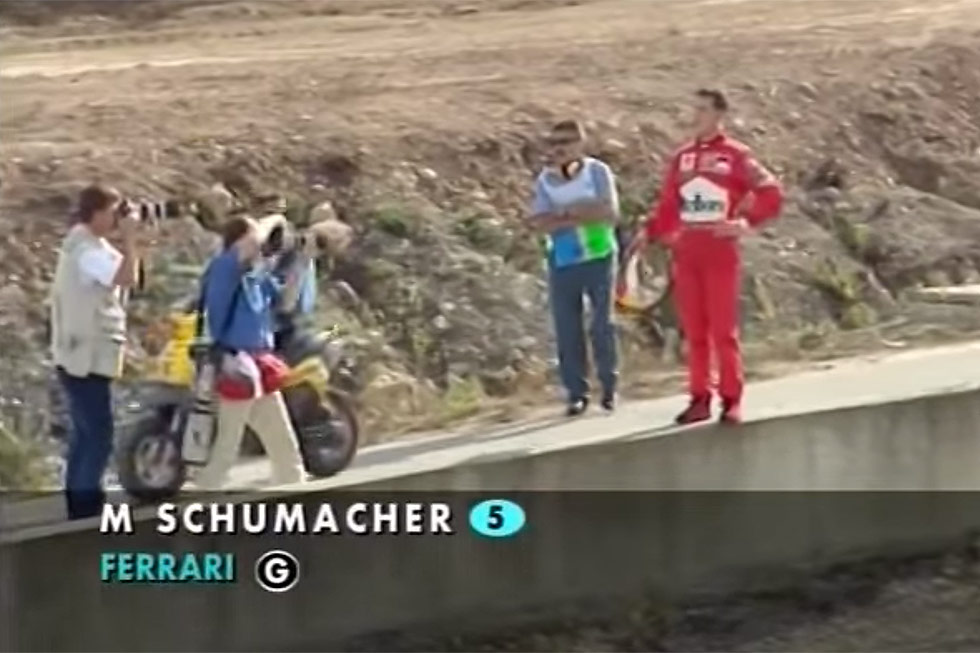 F1 2015 has kicked off this week at Jerez, one of Spain’s long-lost racing circuits.

Teams love going there because it’s warm and sunny even in the winter – but, even though the circuit itself isn’t amazing, it has staged some mind-boggling races over the years.

It first ran in 1986, where Ayton Senna and Nigel Mansell got into a tasty old ding-dong. Close-run thing, it was – so close, they were just 0.014 seconds apart at the finish.

This made it the closest race finish in F1 history.

In 1989, Senna won again but Alain Prost was up with him on the podium: it was the last time he’d ever finish a race for McLaren – we all know what happened later in 1989…

There was only one Ferrari at Jerez too – Nigel Mansell had been banned for reversing in the pit lane and then ignoring black flags during the previous race.

1990 was a horrific Jerez race: Martin Donnelly had his terrible accident in the Lotus-Lamborghini. After this, the Spanish F1 race was replaced by the new Barcelona circuit.

It did return, though, in 1997, as the European Grand Prix – and this really was one to remember. Even qualifying earned a place in the record books – because three drivers all clocked exactly the same time!

Then in the race, there was that incident between Michael Schumacher and Jacques Villeneuve.

(And that classic line from Martin Brundle: “You’ve hit the wrong part, my friend…”)

As if that wasn’t enough, there was even some argy-bargy between officials on the podium: the Mayor of Jerez apparently presented a trophy when it was meant to be a suit from Mercedes-Benz. Result? Jerez was banned from hosting an F1 race.

Maybe they were just tired of having to rewrite the record books.