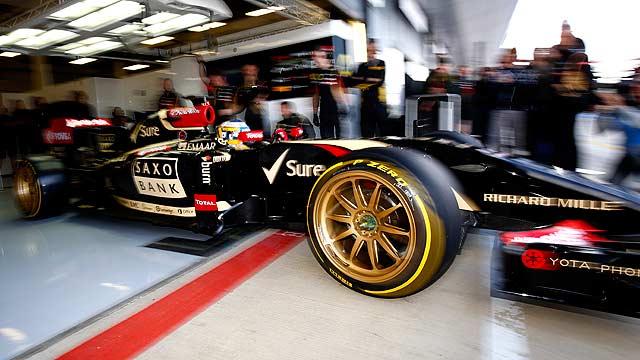 A modern-era Formula 1 car fitted with 18-inch wheels has run for the first time at Silverstone this week – and first reactions to the test appear positive.

“In our view, the new tyres looked stunning,” said Pirelli motorsport director after the Lotus E22 ran for 14 laps in the hands of reserve driver Charles Pic. “The reaction has already been felt all over the world.” Which is fortunate, given how Pirelli admitted the tyre was created principally to showcase aesthetics rather than performance.

The showcase worked: the design “received the thumbs up form most observers” and, fortunately, Hembrey reported the new tyres behaved exactly how they thought they would too. “We’re clearly potentially at the beginning of a huge development curve”. 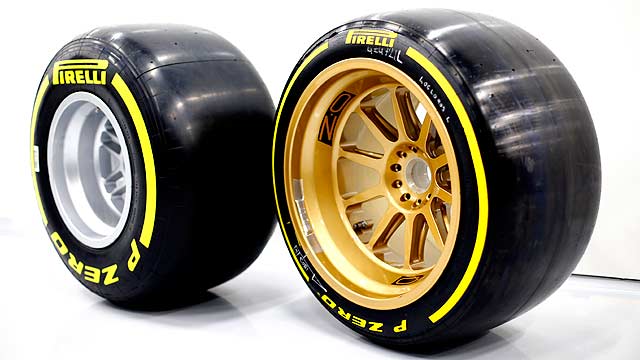 The benefits of the 18-inch wheels are primarily around the stiffer sidewall: it’s easier to maintain the structural rigidity of the tyre. Tyre pressures are easier to control as there’s less air within the tyre.

The 18-inch wheels use a Pirelli tyre that’s physically bigger: they are the same width as the 13-inch wheels (245mm front, 325mm rear) but the overall diameter is bigger by 30mm. The tyres themselves are similar in weight to the 13-inch rubber – they’re bigger, but have less sidewall – although overall weight is up by a hefty 4kg per corner due to the bigger rim.

So what next for the 18-inch tyres? Well, there’s a long way to go, said Hembrey – and the next step is down to the teams to decide. “They are just a prototype concept, but if the teams decided that they wanted us to proceed in this direction, we have the capability to carry on development in this area and come up with a production-ready version in a comparatively short space of time.