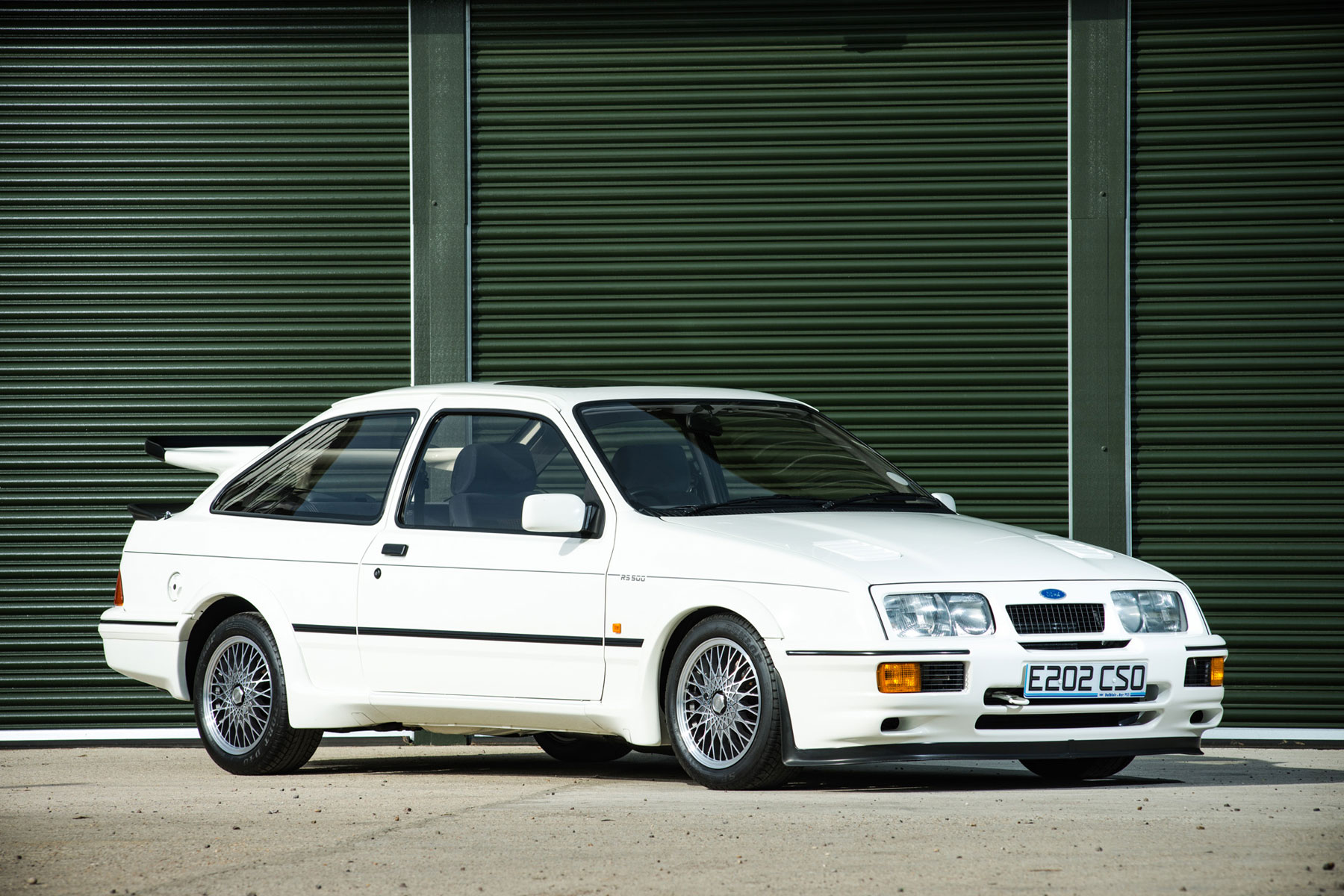 A precedent was set in July when an 11,000-mile example sold for £114,750. But this “nearly perfect” RS500 is arguably even more special. Ladies and gentlemen, you’re looking at the world’s most expensive Sierra Cosworth. Probably.

To fast Ford fans, the Sierra Cosworth RS500 needs no introduction. It’s a fully paid-up member of RS royalty: the whale-tailed ruler of all it surveys. Little wonder, then, that nostalgic folk are prepared to spend six-figure sums on the homologation special.

A larger turbocharger and intercooler, along with modifications to the fuel injection and cooling systems, combined to deliver 224hp – 20hp more than the already-well-endowed RS Cosworth.

Visually, the RS500 was set apart from the standard ‘Cossie’ courtesy of a revised front end and an additional tailgate spoiler, designed to generate even more downforce and cornering power.

Faced with time and logistical issues, Ford sent 500 cars to Aston Martin subsidiary Tickford to carry out the homologation work. The company – which had previously worked on the Tickford Capri – completed the job in just seven months, in time for the Sierra’s entry in the World Touring Car series.

Car number 56 – which is going under the hammer at Silverstone Auctions’ NEC Classic Motor Show Sale in November – was discovered in 2007 by Joe Macari, who later sold it to a Ford collector.

The ‘most original and best available’ RS500

Having sat in climate-controlled storage, the RS500 is presented with just 6,000 miles on the clock and is described by RS500 registrar, Paul Linfoot, as one of “the most original and best available RS500s in the world today.”

Nick Whale, managing director of Silverstone Auctions, adds: “Very few of us have ever come across one of these in such a well-preserved state with such low mileage.

“The Sierra Cosworth RS500 is truly the car of the moment among collectors, and this is the best example I’ve ever seen.”

‘Car of the moment’ it might be but is the pre-auction estimate of £100,000 to £115,000 a sign that the classic car world has gone mad or does it reflect the iconic status of this fast Ford?

Answers on a postcard to the usual address. In the meantime, you can place a bid on the RS500 at the NEC Classic Motor Show, 11-12 November 2017.