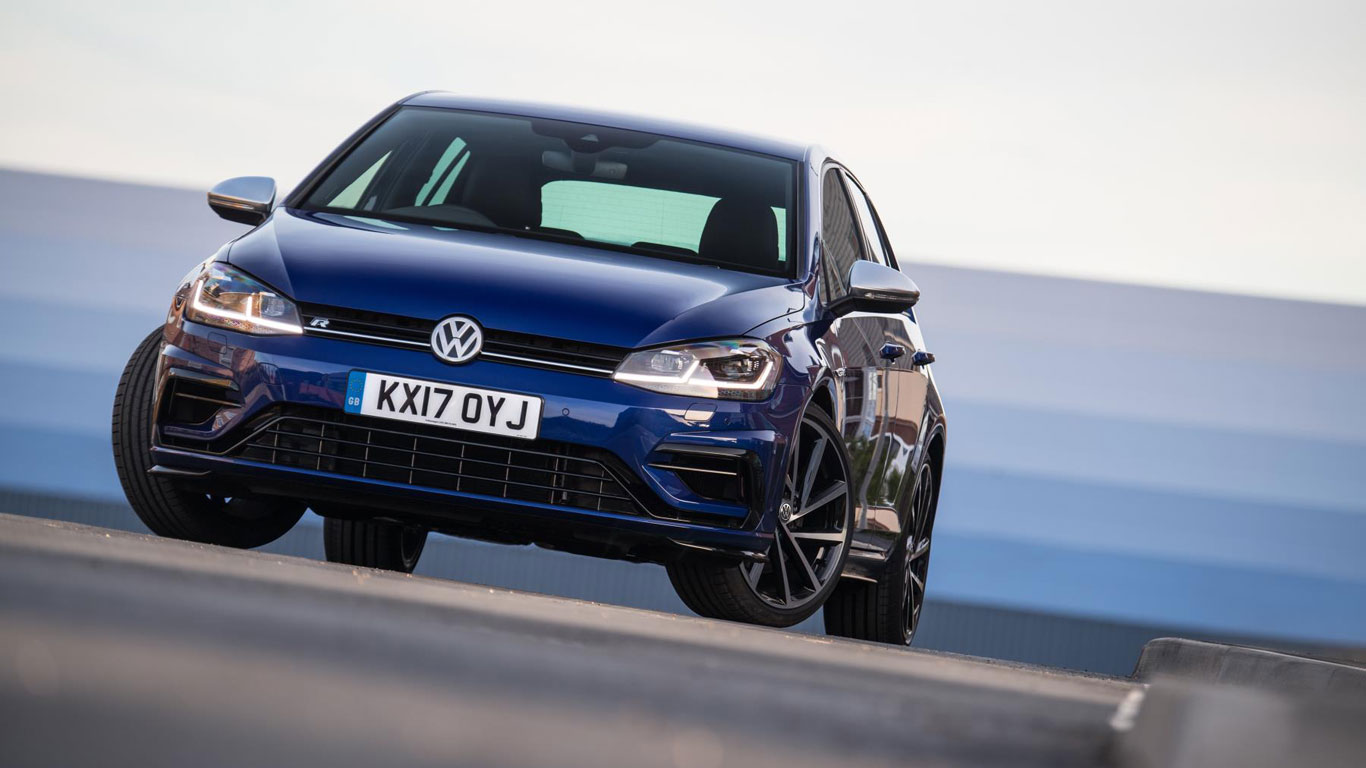 The European new car market is booming, with the first six months of 2018 representing the best half-year performance of the century. Figures released by JATO reveals there were 8.66 million cars registered between January and June, a year on year increase of 2.7 percent, with SUV sales up a very healthy 24 percent.

Here, we run down through the top 25 in reverse order. 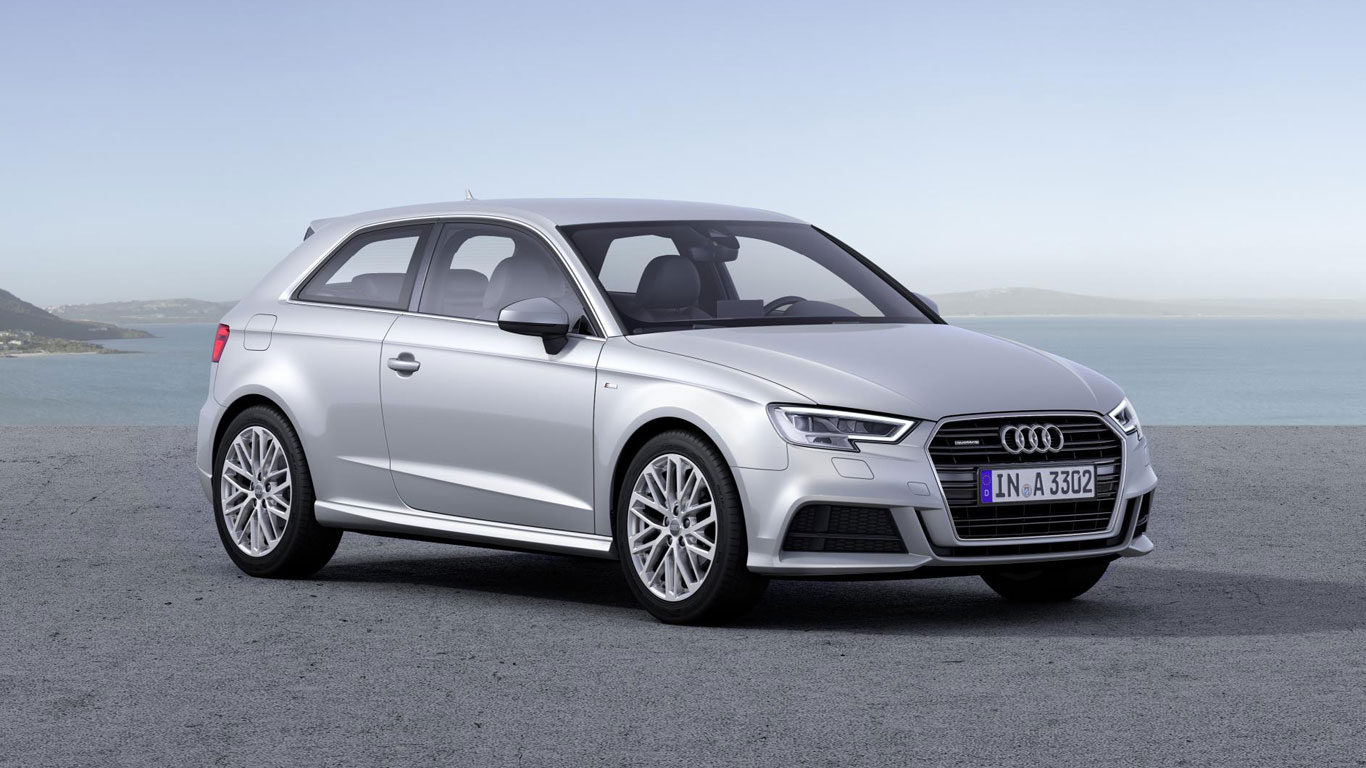 The Audi A3 creeps into the top 25, although year on year sales are down 7 percent. “It was certainly a good first half for the European market and this is due to the choice that consumers now have,” said Felipe Munoz, JATO’s global analyst.

“Car makers continue to update and modernise their traditional models, while the range of SUVs on offer continues to grow and appeal to all kinds of budgets and needs.” 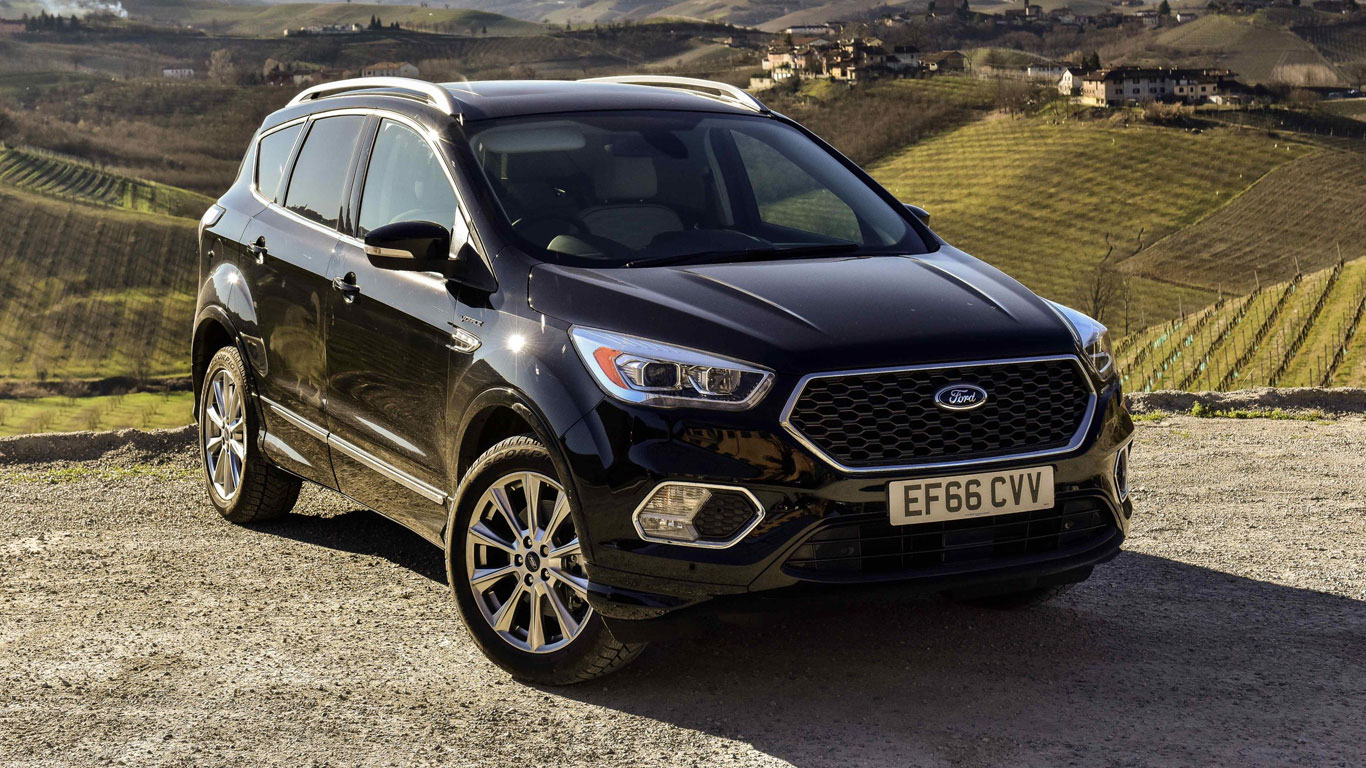 Contrast the A3’s decline with the 11 percent increase recorded by the Ford Kuga compact SUV. Not bad for a vehicle even Ford describes as “ageing”.

There were 2.92 million SUVs registered in the first half of the year, making it the best-ever performance for the segment in Europe. Not only did SUV sales grow 24 percent in the first six months, they also rose a healthy 30 percent in June. 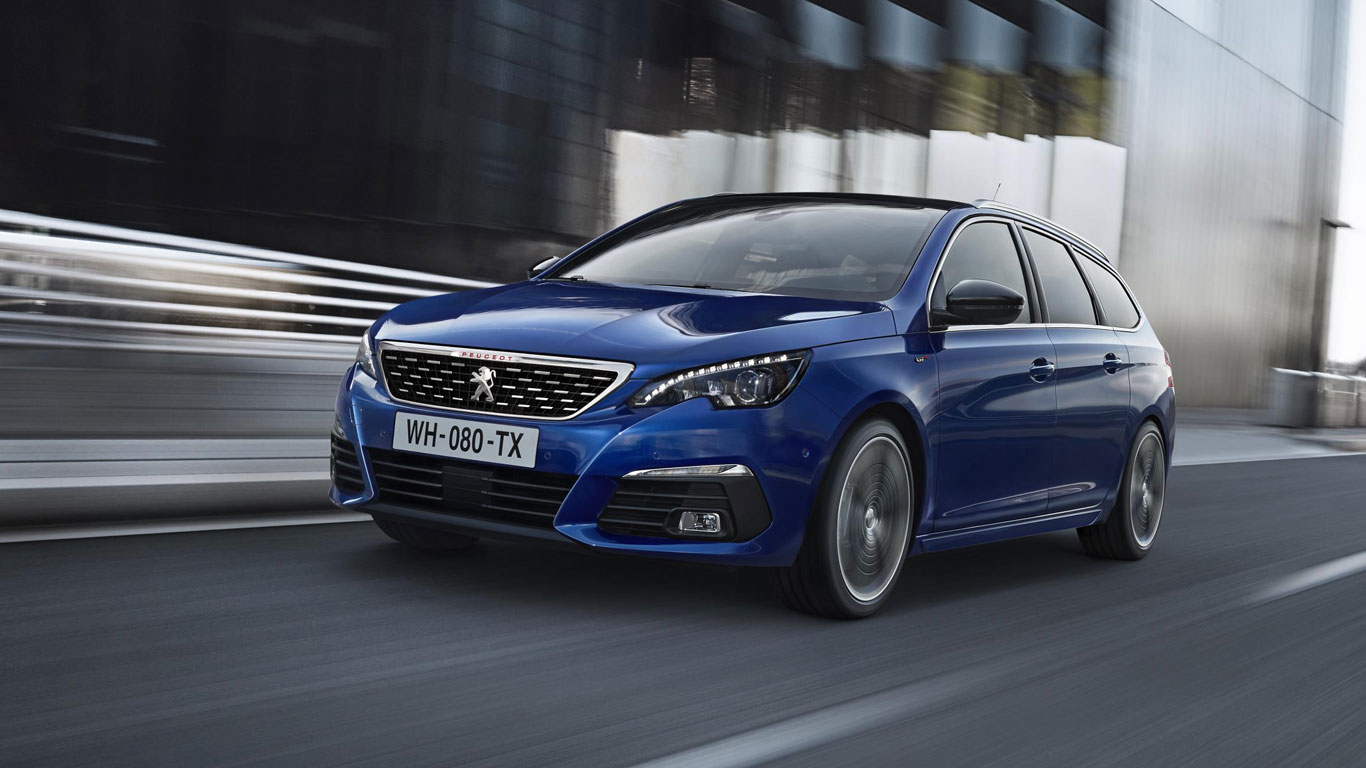 The Peugeot 308 is down 4 percent, another conventional family car buyer are shunning in favour of SUVs: contrast with the performance of its 3008 sister car, which you’ll find many more places into this top 25.

On the subject of diesel, Felipe Munoz said: “The diesel crisis certainly affected the speed of growth in the market, but consumers are overcoming this by turning to more attractive petrol and AFV (alternative fuel vehicle) solutions.” 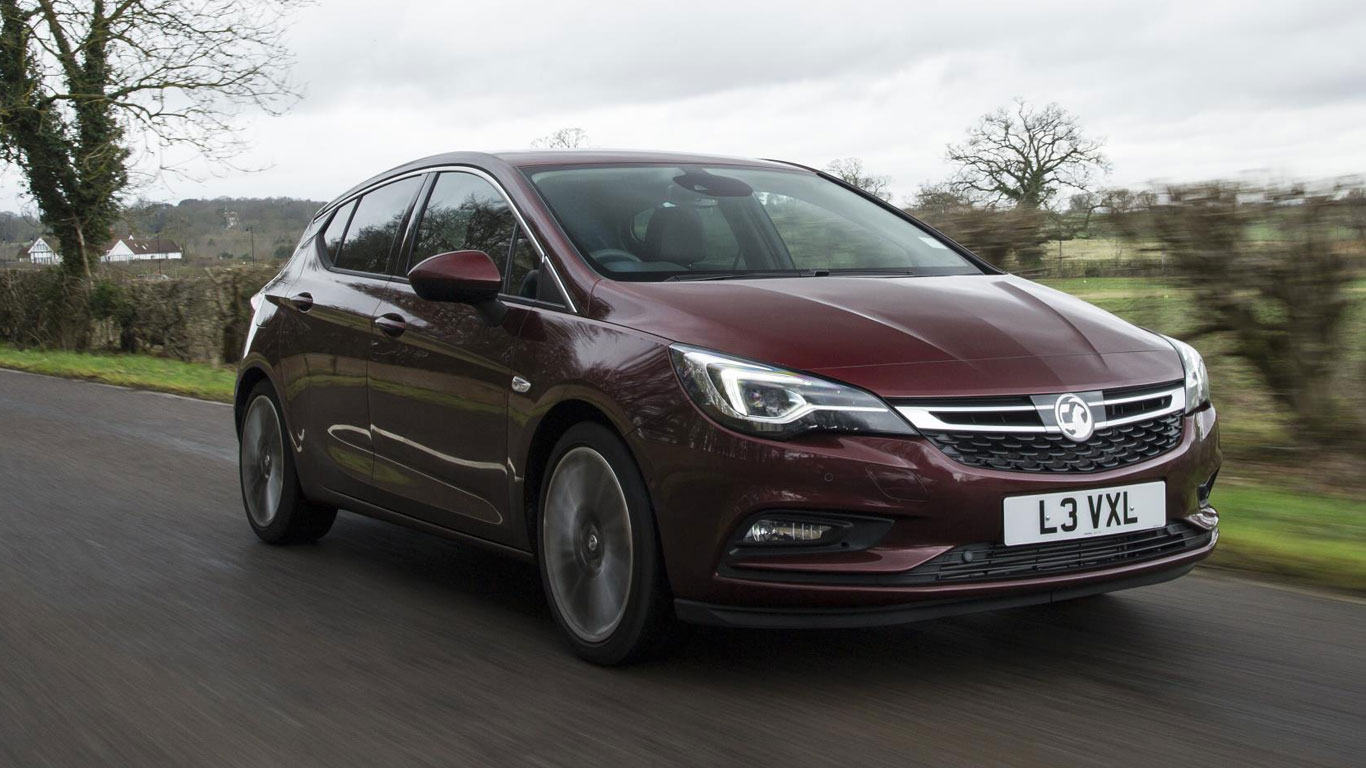 Vauxhall and the PSA Group might want to look away now, because Astra sales are down a massive 33 percent – the largest slump in the top 25.

To rub salt into the wound, JATO has listed the market share ‘winners and losers’, with four of the five cars wearing a Vauxhall/Opel badge. The Astra, Corsa, Meriva and Mokka join the Yeti, which is excused by virtue of the fact that it’s now extinct. 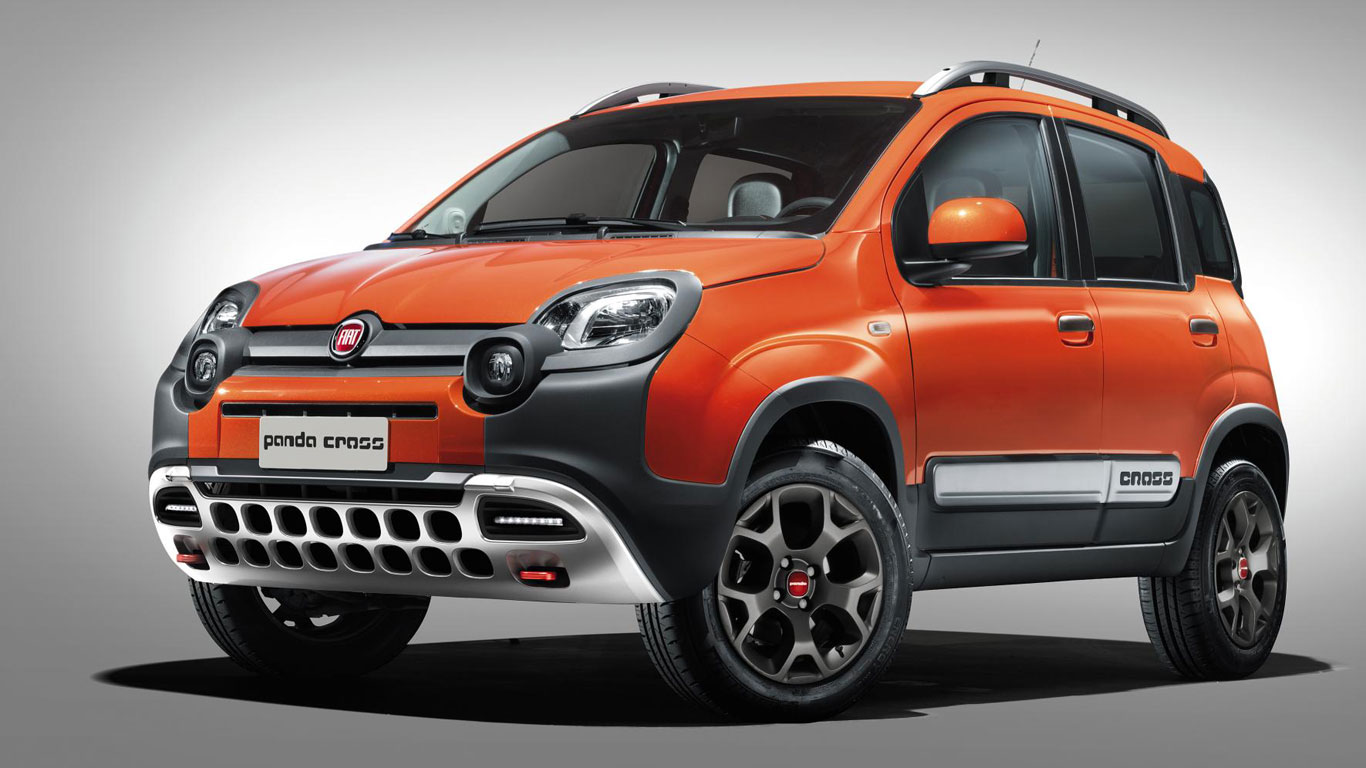 Despite launching seven years ago, the Fiat Panda remains incredibly popular in its native Italy, but this isn’t enough to halt a 17 percent slump in the first half of the year. Overall, the FCA Group is listed by JATO as one of the market share ‘losers’ in 2018. 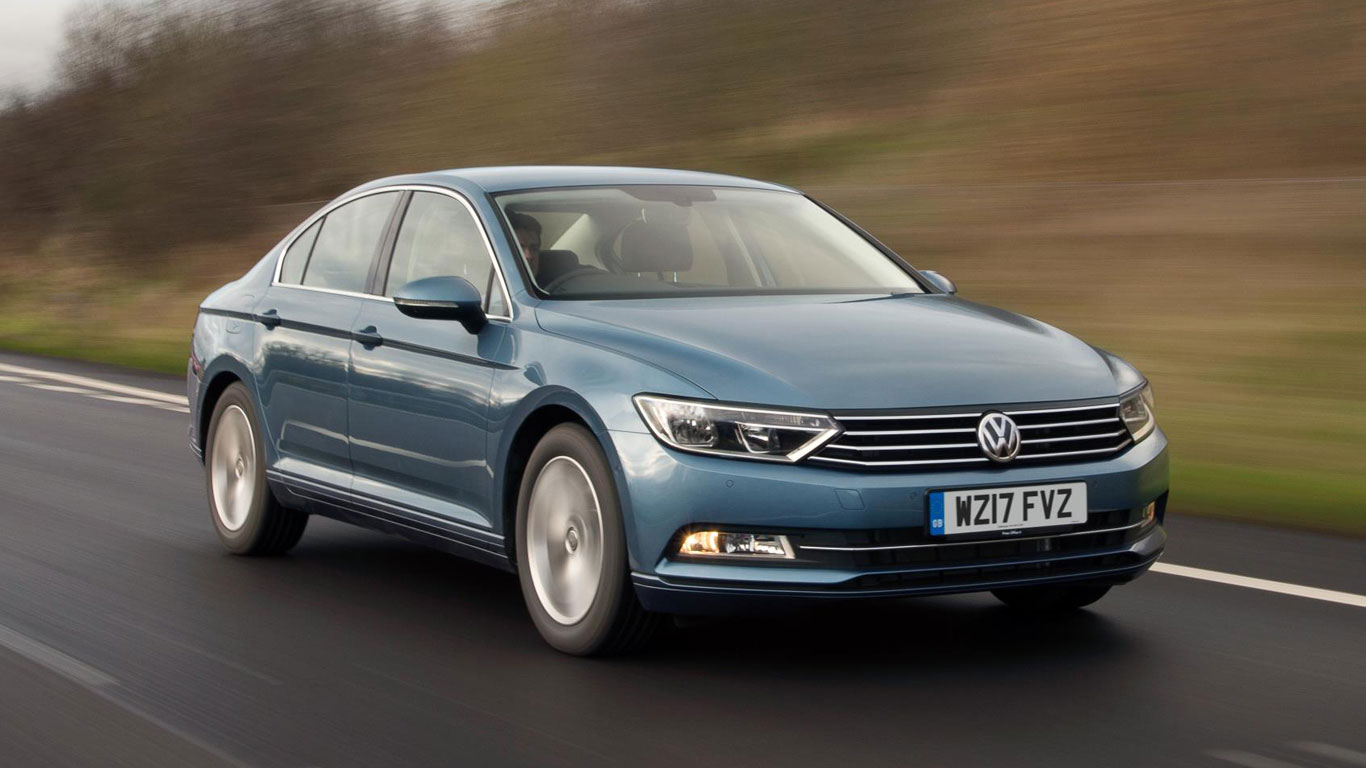 The Volkswagen Passat flies the flag for the saloon car, although registrations are down 2 percent. Not that Volkswagen will be too concerned, as SUV sales make it a first-half winner.

Felipe Munoz said: “The VW Group is making the most of the positive landscape created by SUVs. Although the VW brand arrived late to the segment, the impressive and large array of SUVs they are offering the market is paying off.” 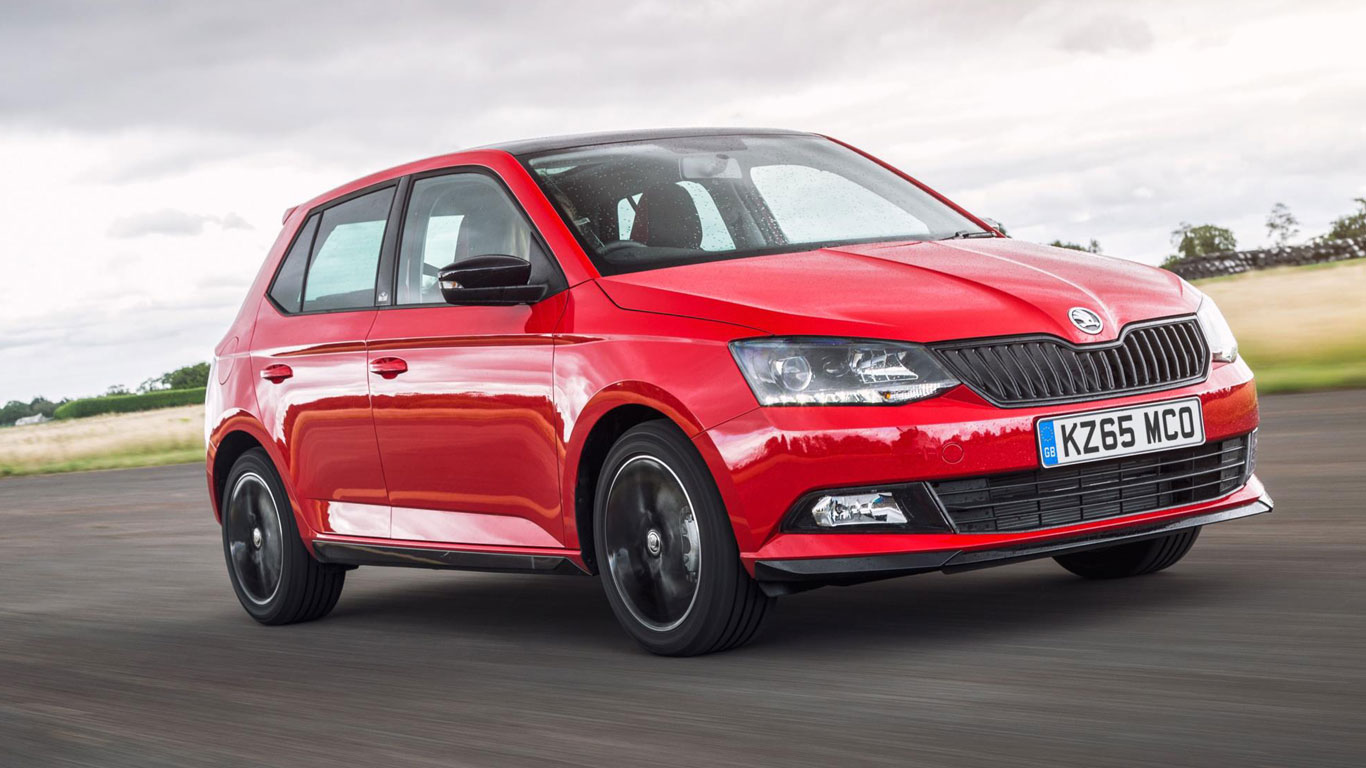 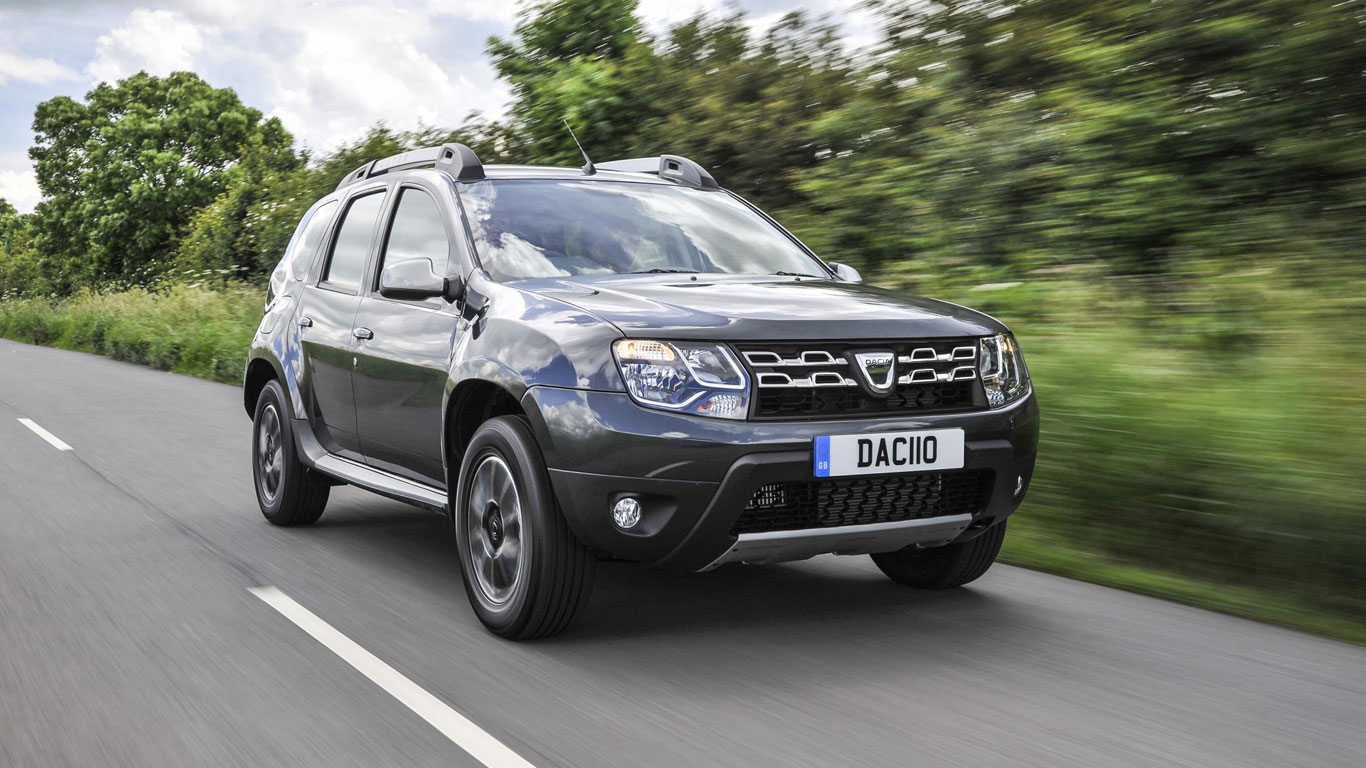 Duster registrations are up 31 percent to 97,286, as Dacia records an increase of 16 percent to 280,410 overall. Given the launch of the new Duster, we wouldn’t be surprised to see the budget-led SUV performing even better in the second half of the year. 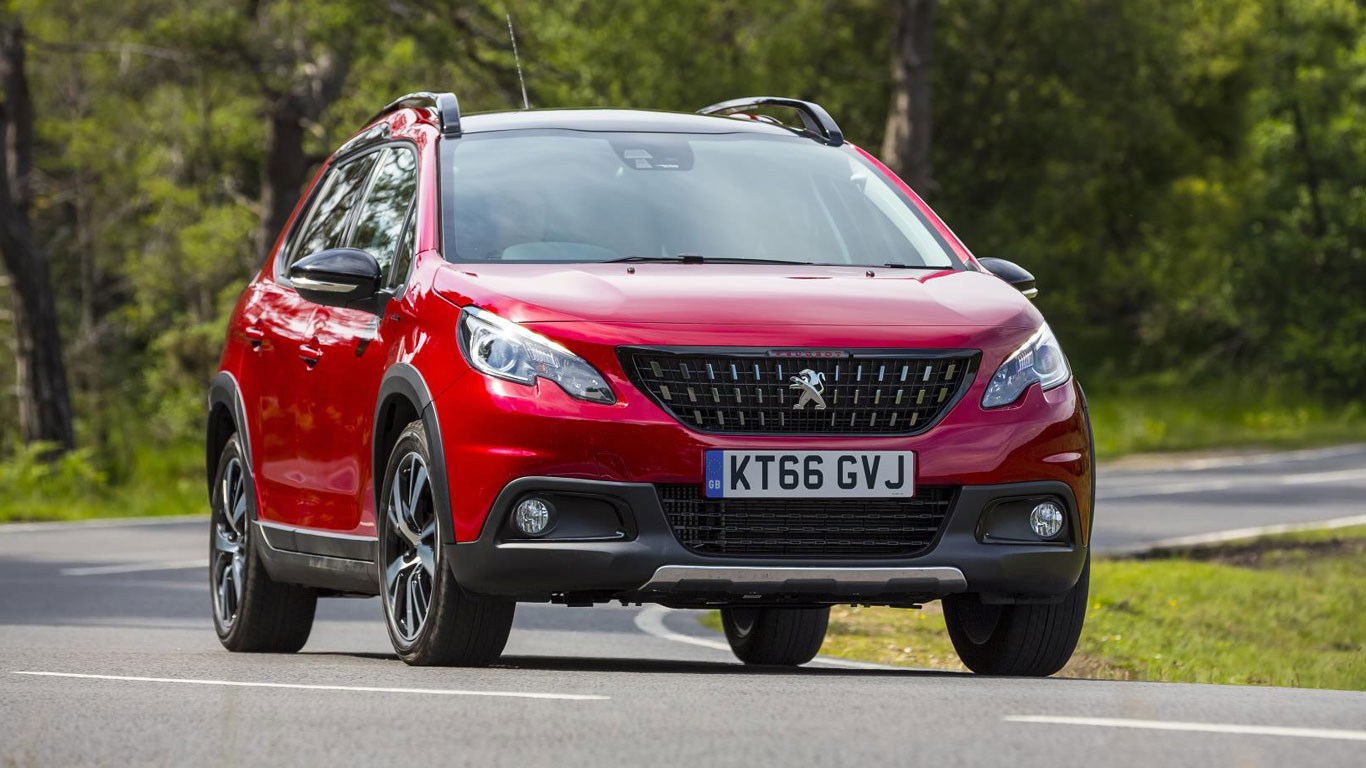 There are four Peugeots in the top 25, contributing to total registrations of 542,433, up 9 percent year on year. The 2008 compact crossover manages to break the 100,000 barrier, but registrations are down 4 percent. 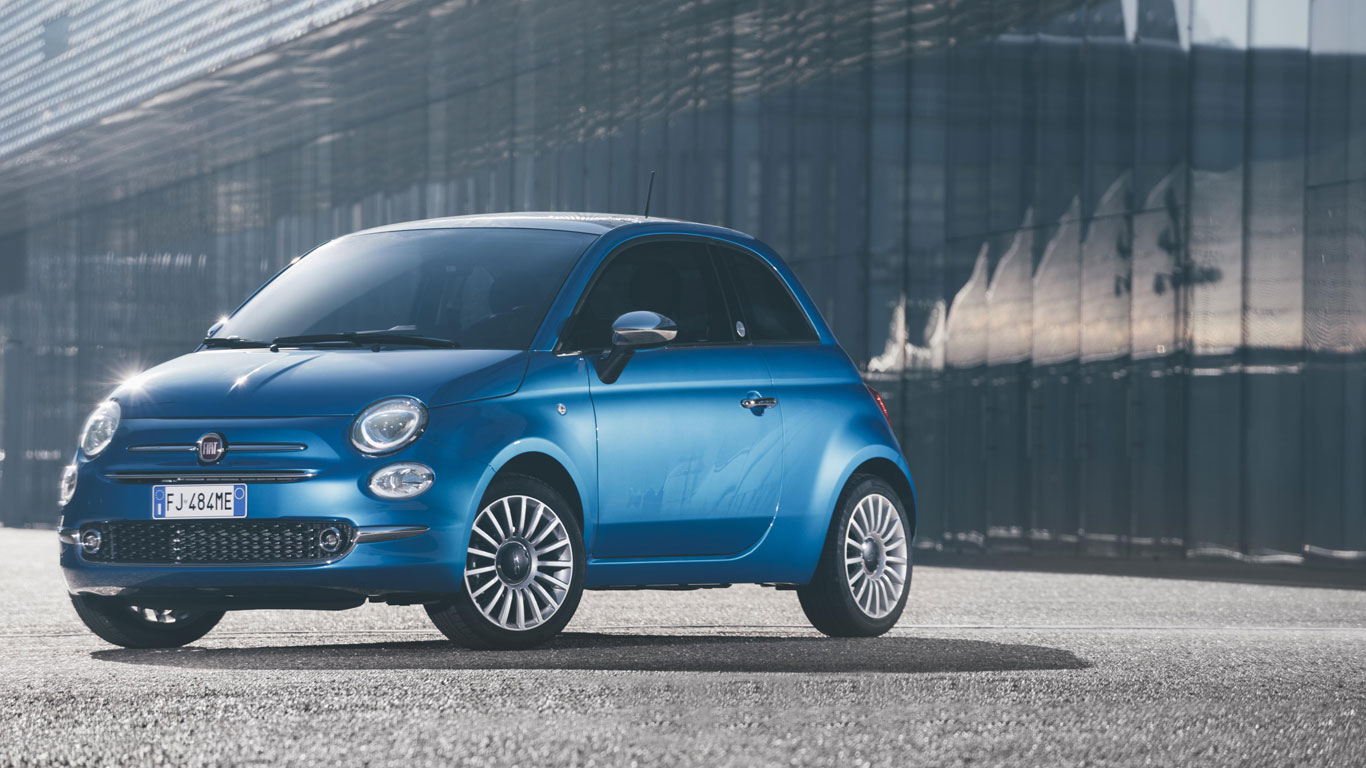 The evergreen 500 remains one of Europe’s most fashionable small cars, making it a shining light in an otherwise miserable period for Fiat. Registrations are up 2 percent, in contrast to overall Fiat registrations which are down 10 percent. 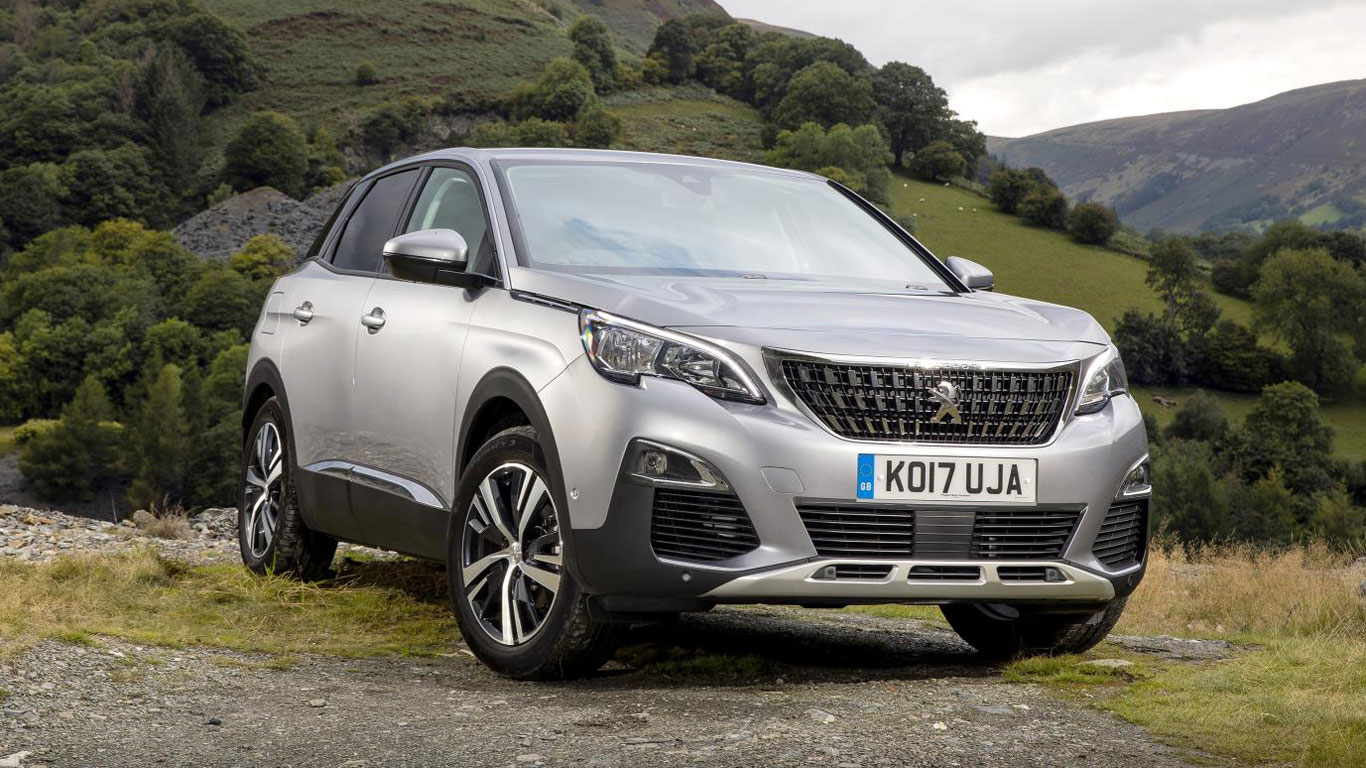 Ditching the frumpy MPV styling of the old 3008 in favour of funky SUV looks has been a hugely successful move. Registrations are up 43 percent, making this the biggest increase in the top 25. It far outsells the Peugeot 308 way back in 23rd place. 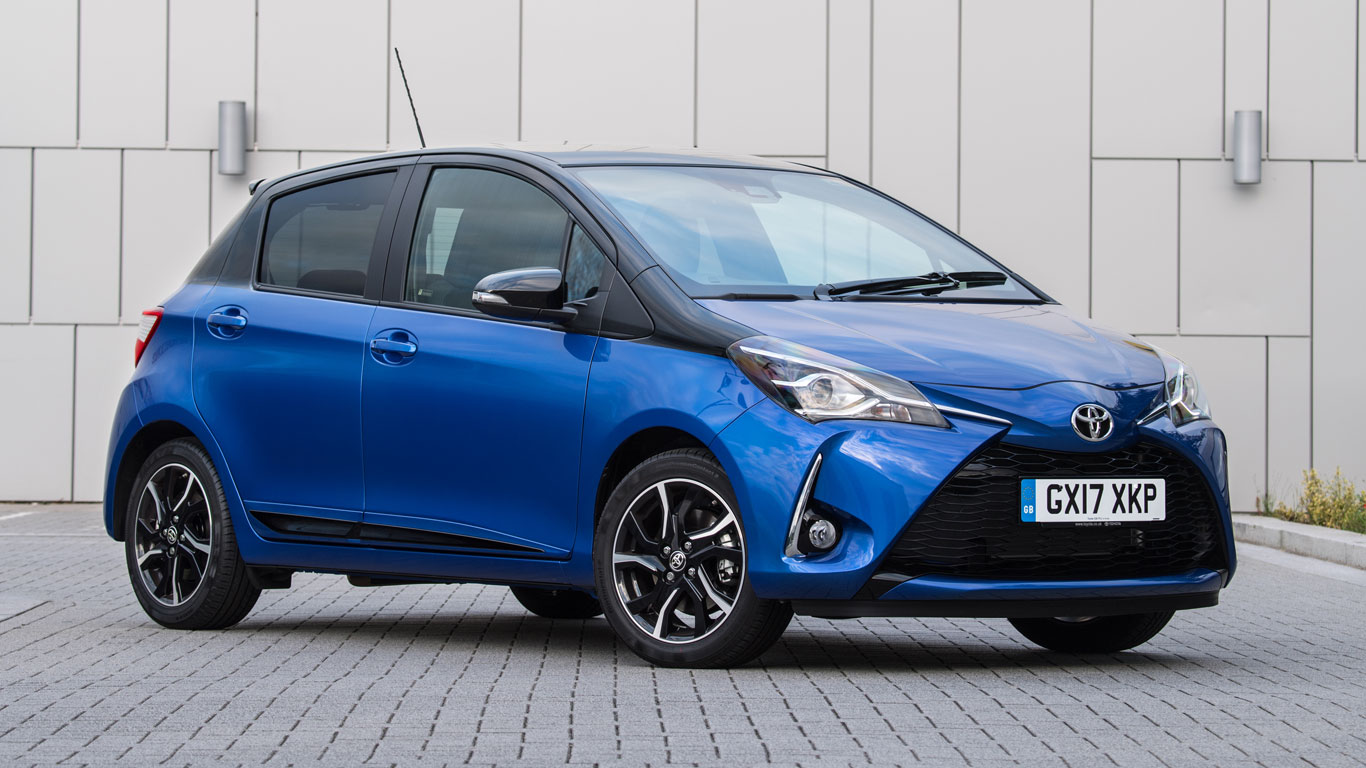 The Toyota Yaris is a popular supermini, helped in no small part by the availability of a hybrid version. Yaris registrations are up 13 percent, while Toyota itself sees a rise of 5 percent, with 383,827 sales putting it just outside the top 10. 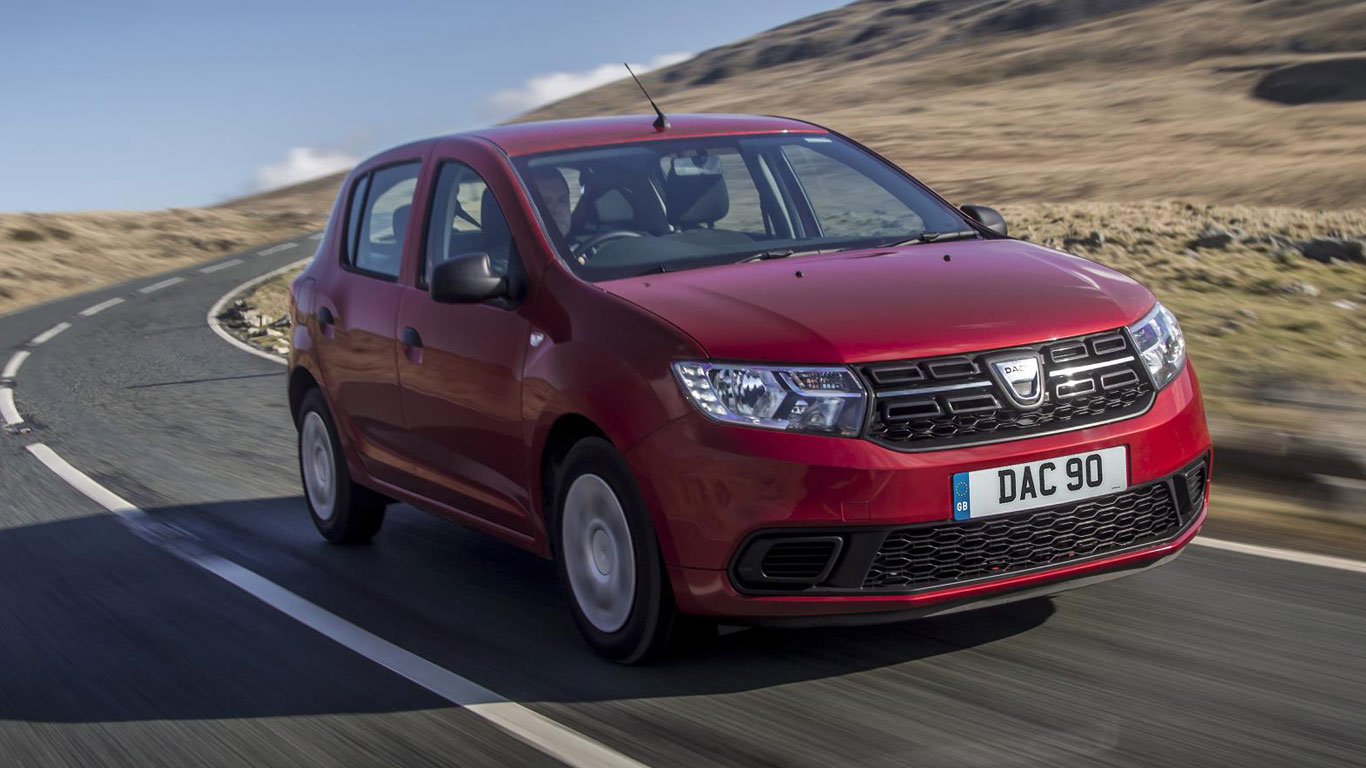 Europeans must love a bargain, because the Dacia Sandero is the 13th best-selling car of 2018. In the UK, the entry-level Sandero Access is available for £6,995, an increase of £1,000 from its launch price, but still striking value.

The C3 is the only Citroen to appear in the top 25, with registrations remaining static at 116,513. Citroen will be hoping the C3 Aircross and revised C4 Cactus provide a shot in the arm in the second half of the year. 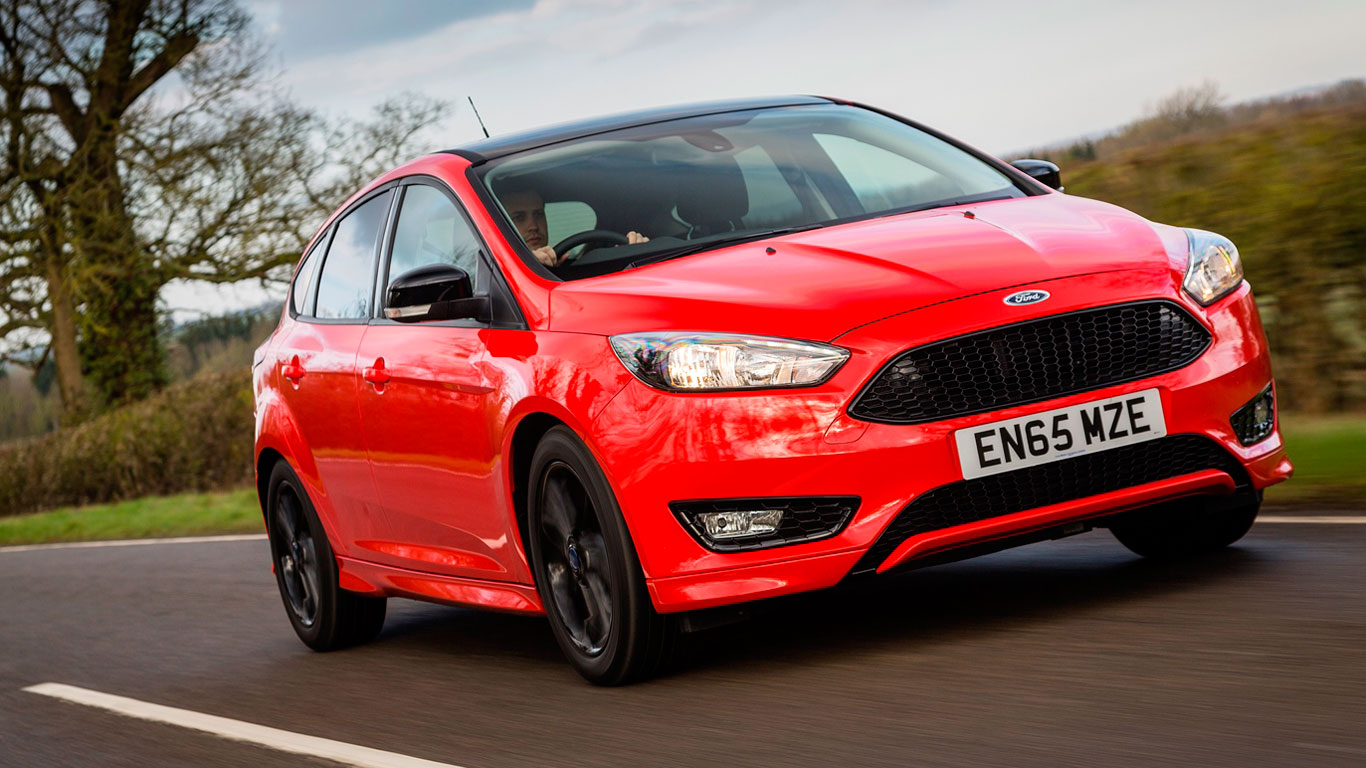 Focus registrations are down 1 percent, but Ford won’t be losing too much sleep. A new and improved Focus is on the way and Ford will have its sights set on a top 10 finish, if not this year, then most certainly in 2019. 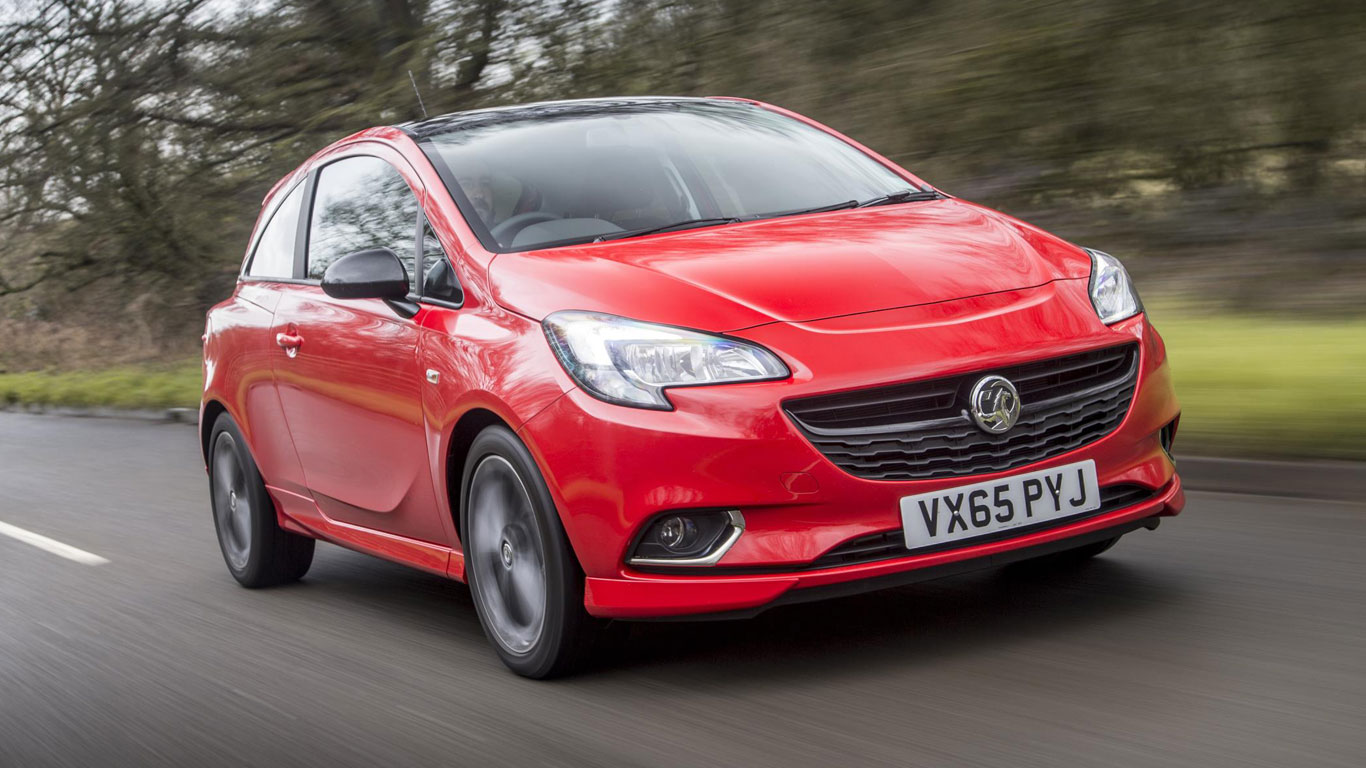 The Vauxhall Corsa manages to cling on to a top 10 position by the skin of its teeth, with registrations down 15 percent. It’s not all bad news for Vauxhall/Opel, with the Insignia and Crossland X performing well, but finishing outside of the top 25. 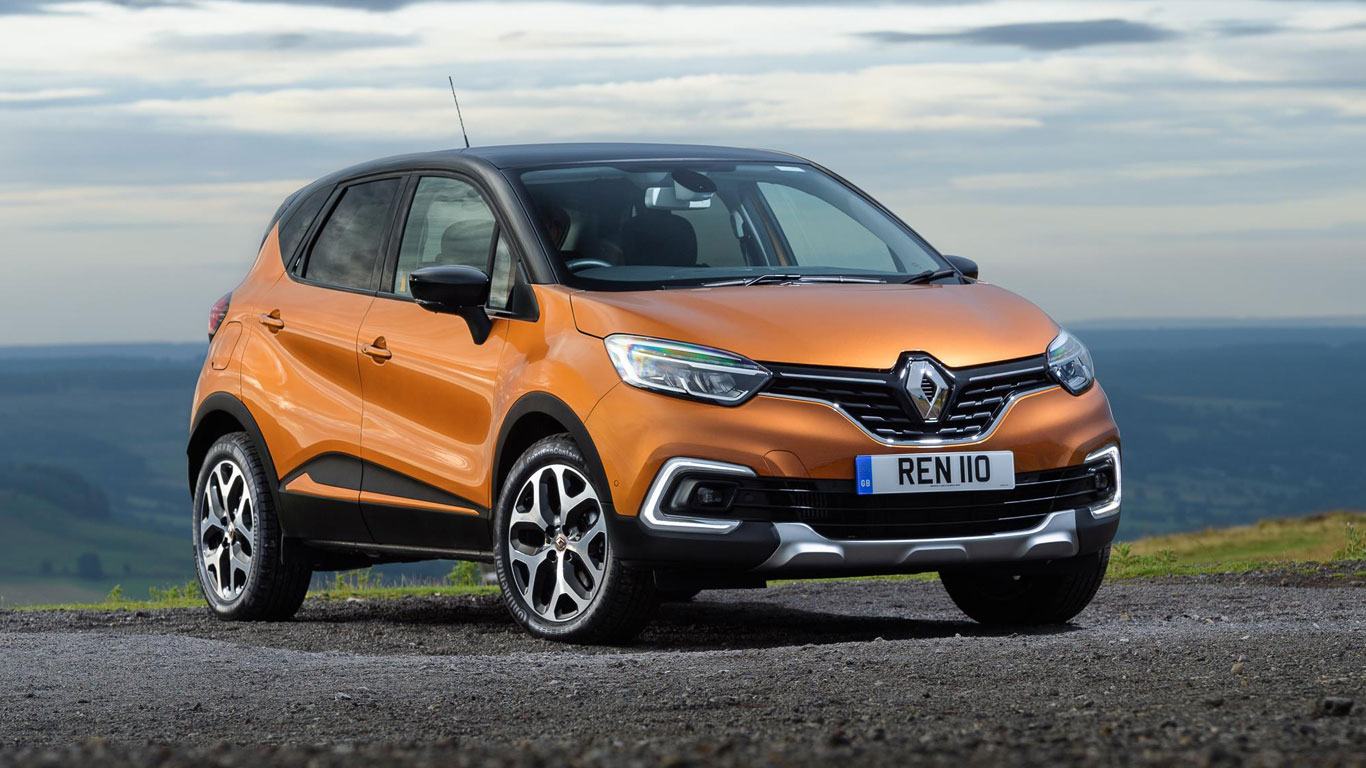 Spend a couple of days in France and you’ll see just how incredibly popular the Renault Captur is on the continent. Registrations are up 8 percent, helping Renault to cement its position as the second biggest carmaker in Europe. 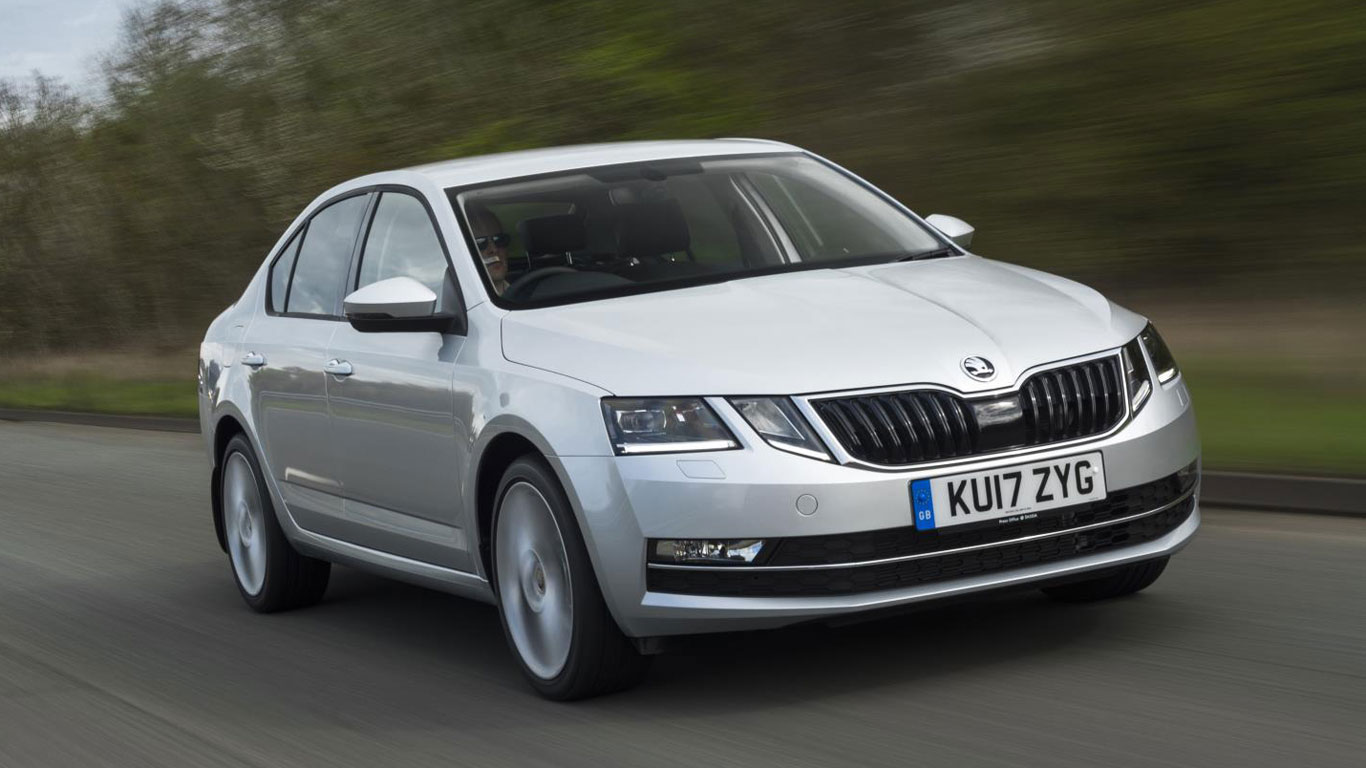 Skoda might be investing heavily in SUVs, but the Octavia is leading the Kodiaq and Karoq in terms of registrations, which are up 3 percent. That said, JATO lists the Karoq as one of the market share ‘winners’. 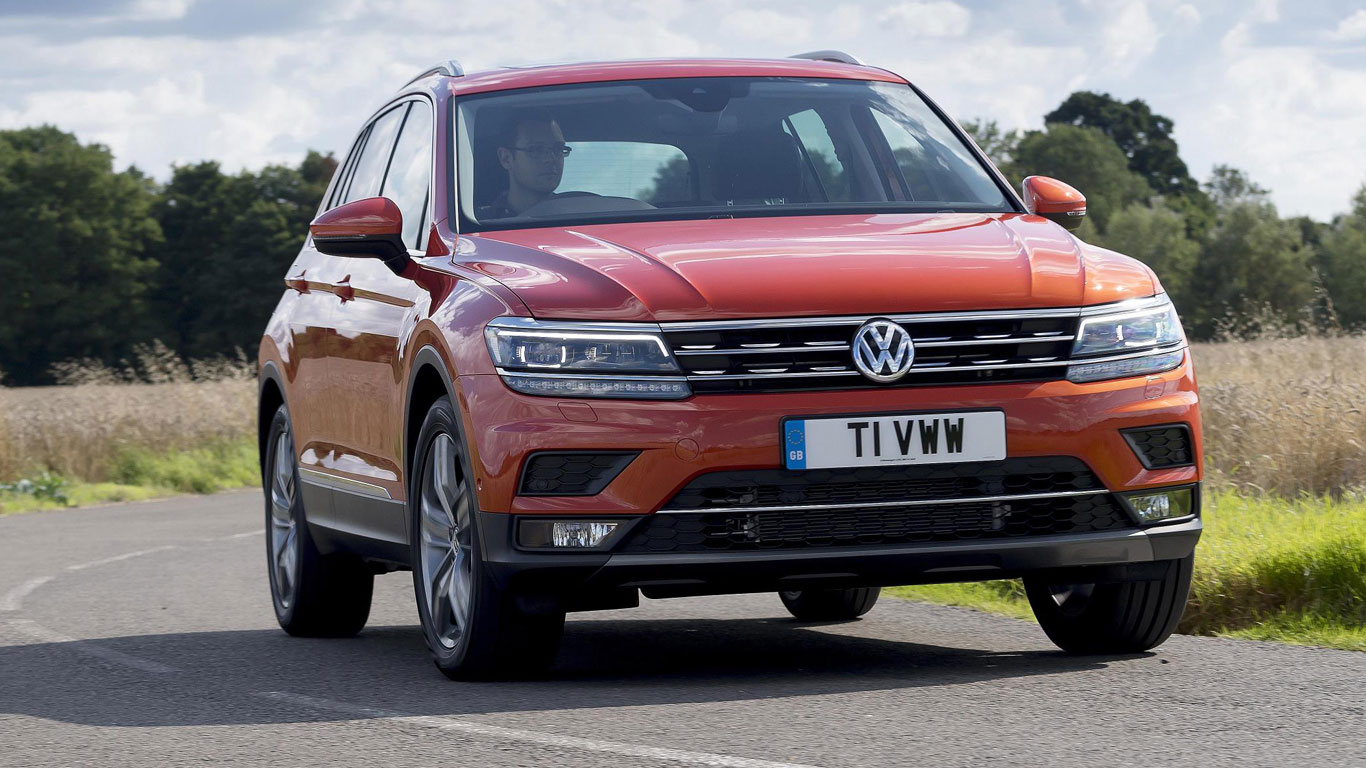 The Volkswagen Tiguan cements a top 10 position, but the T-Roc has caught the eye of the JATO analysts. “As expected, the T-Roc is hugely successful and is fast becoming one of the top selling cars in Europe. VW’s other brands are also performing well due to their SUV ranges, meaning that SUVs rescued VW Group from the diesel crisis,” states Munoz. 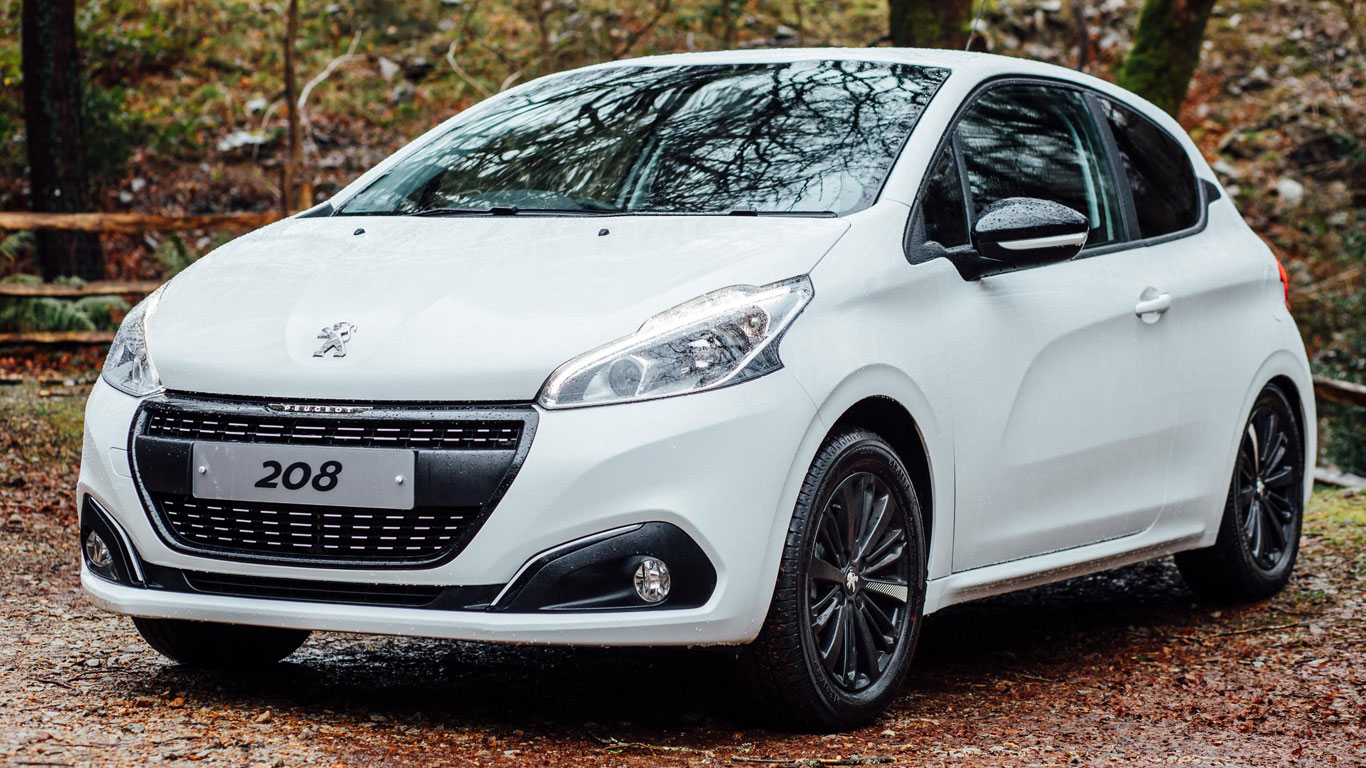 The 208 is Peugeot’s star performer, but the supermini languishes far behind its arch-rival the Renault Clio. On the plus side, registrations are up 1 percent. 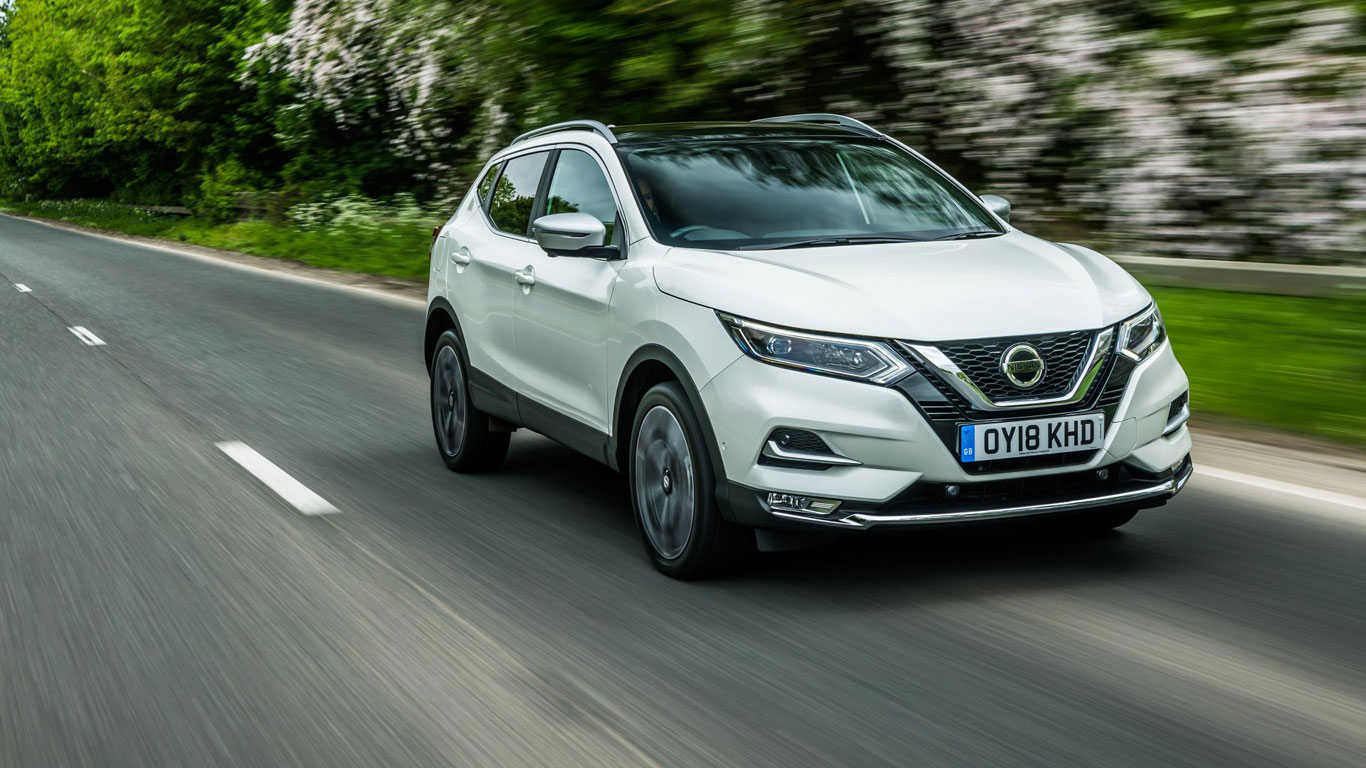 The Nissan Qashqai remains Europe’s most popular crossover, but registrations are down 1 percent as manufacturers launch an ever increasing array of competitors. The Tiguan is just 5,000 registrations behind – could the VW topple the Nissan by the end of the year? 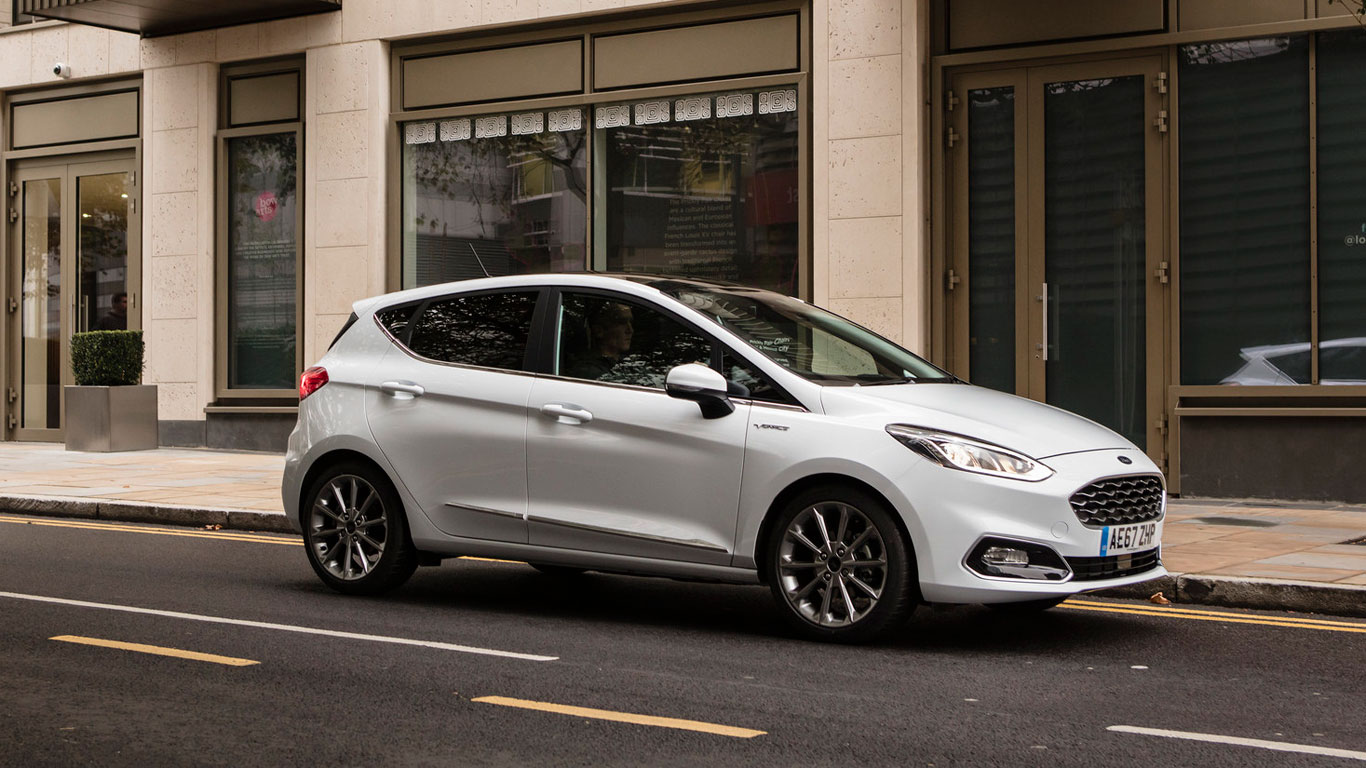 It might be the best-selling car in the UK, but it must be content with fourth place in Europe as a whole. Registrations are up a single percent, but the Fiesta is 6,500 units short of a top three position. 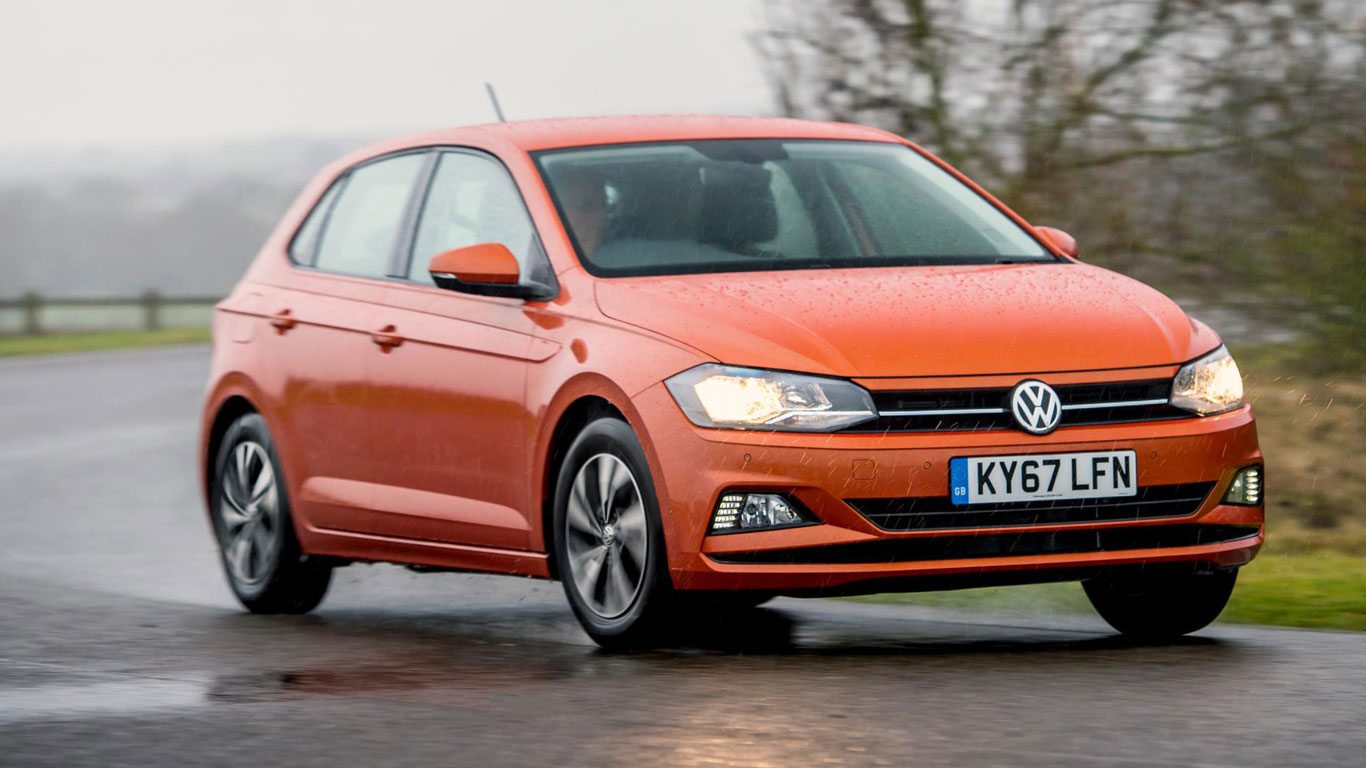 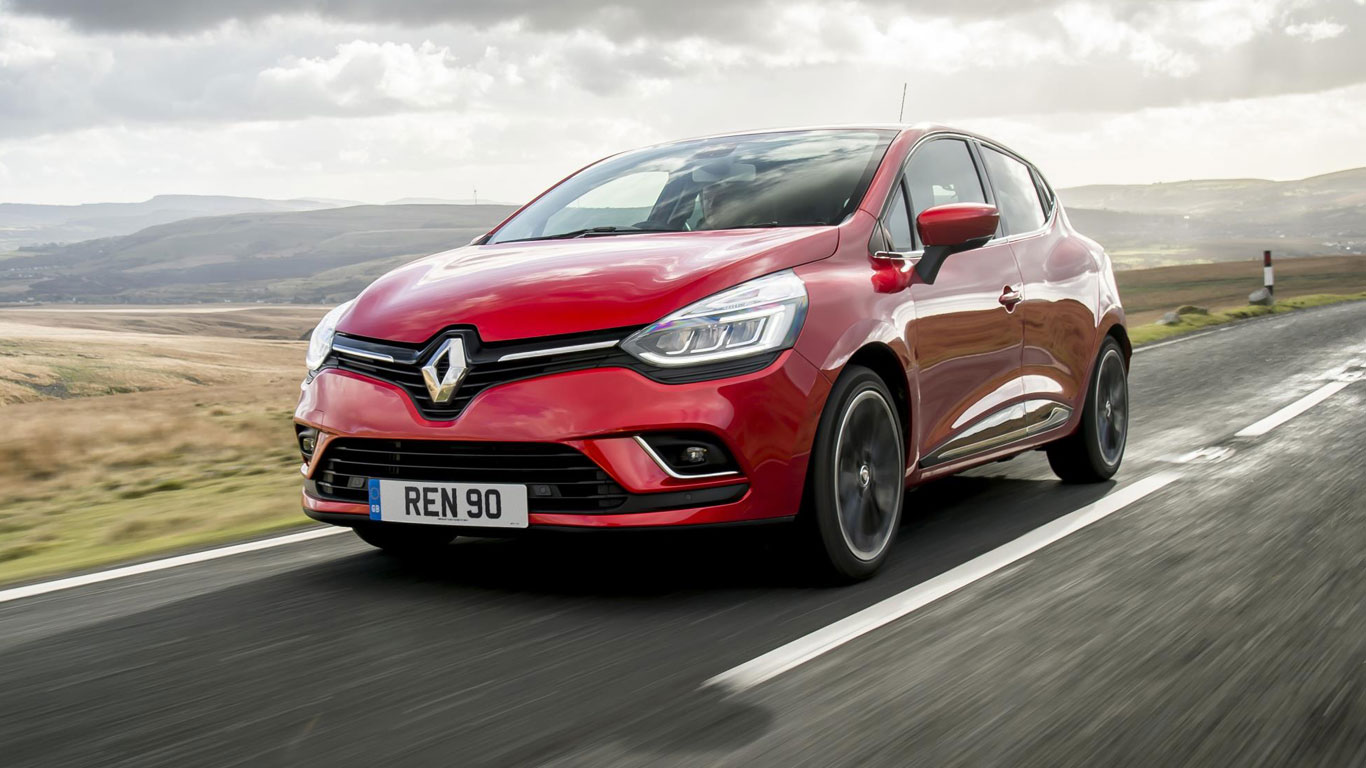 Cementing a second place position by a comfortable margin, the Renault Clio is Europe’s most popular supermini. No prizes for guessing what’s sitting at the top of the tree… 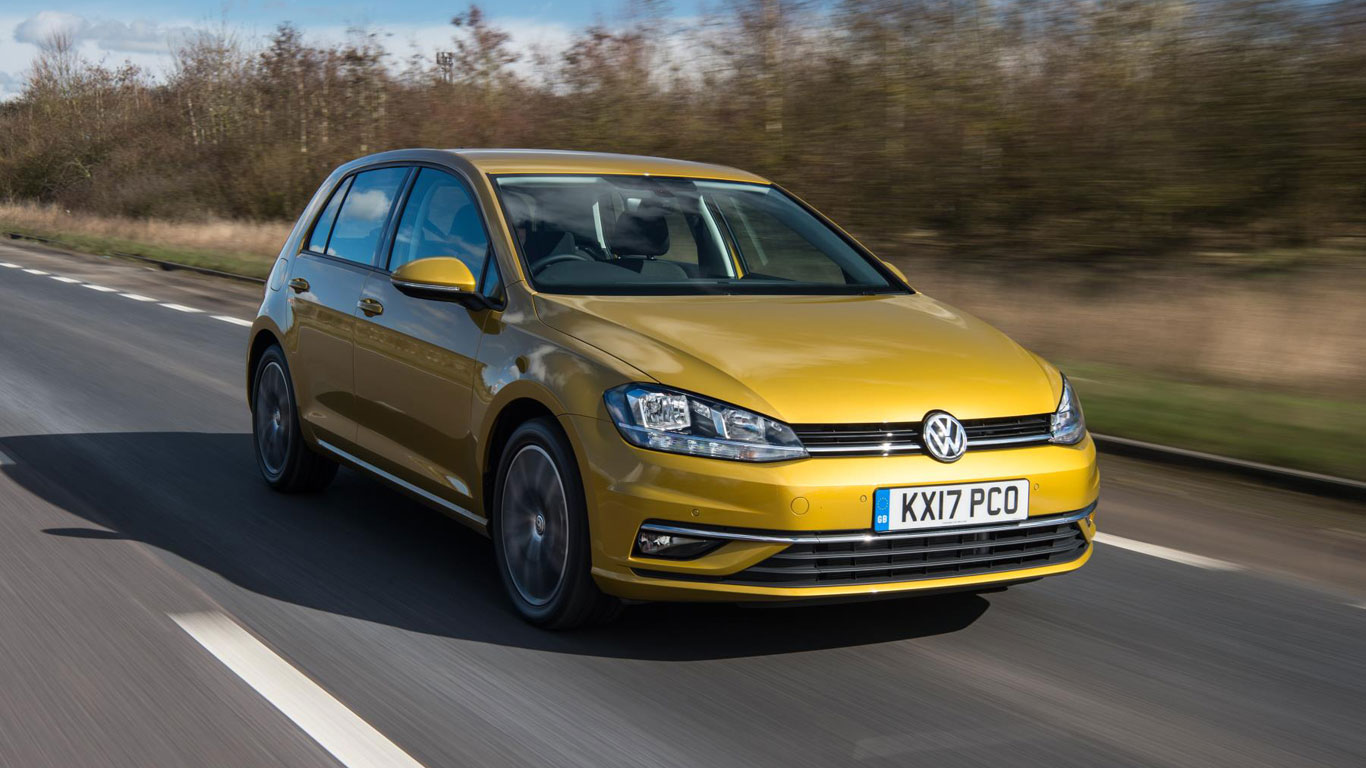 Although there was a 26 percent drop in the Golf’s diesel registrations, this was offset by a 29 percent increase in its petrol registrations. It also recorded more registrations of its alternative fuel types, which counted for 6 percent of its total volume.

The Golf was the best-selling car in Germany, Austria, Luxembourg, Latvia and Belgium. Not bad for a model that’s now into its seventh year.