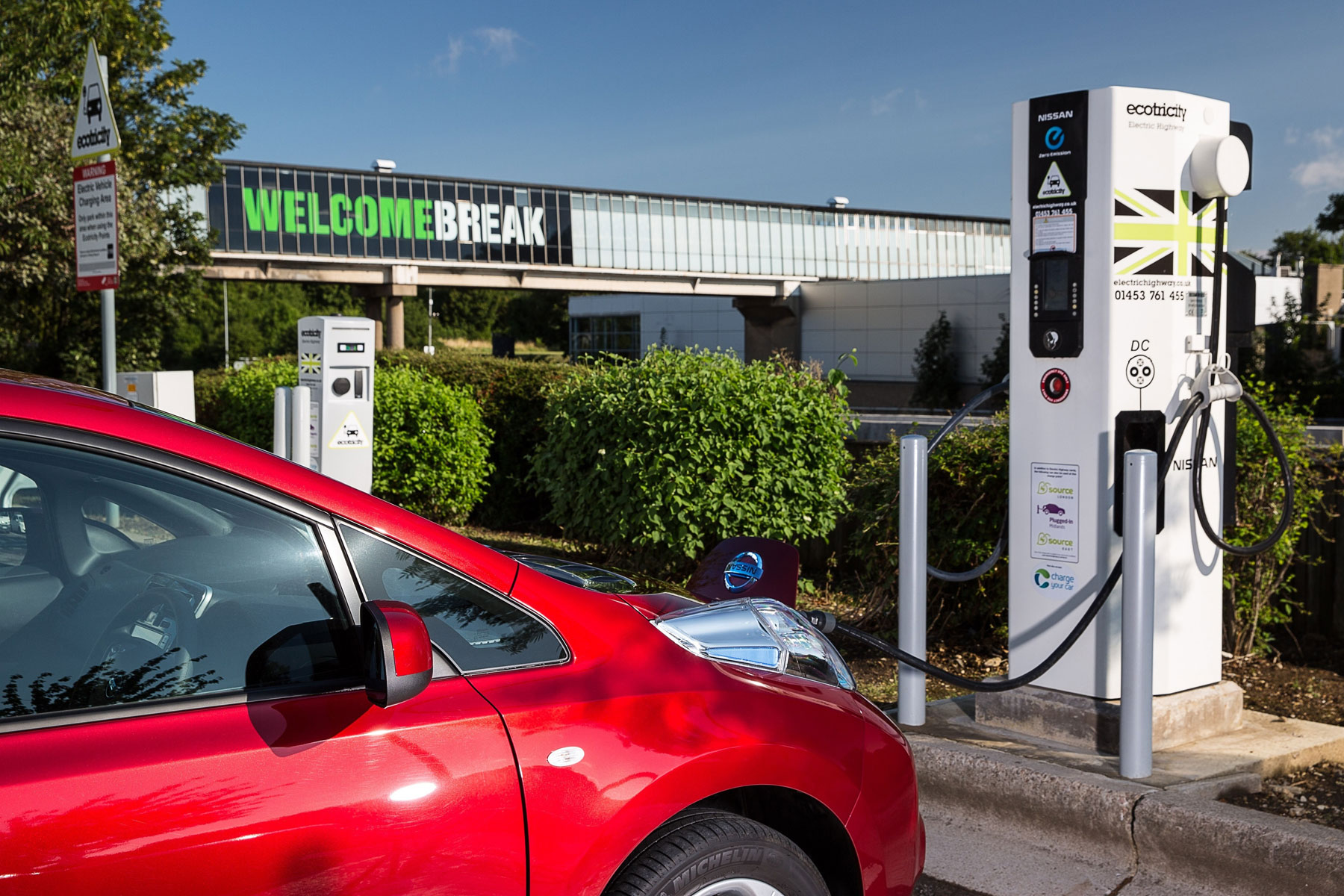 A company that owns around 300 electric car chargers at motorway service stations across the UK has axed plans introduced last year to hit EV drivers with a flat £6 rate for charging their car. In an email sent to customers, Ecotricity says it has monitored the use of its ‘electric highway’ over the last year since introducing fees, and decided a more flexible system is needed.

From next month, drivers of plug-in vehicles will be able to charge at motorway services for a £3 connection fee, followed by 17p per unit of electricity used. This means, the company says, the cost of charging for most makes and models will typically be lower than before.

“The energy will be charged at 17p per unit, which is pretty much the rate that people pay at home and the cost of providing the service will be via a £3 connection fee for all sessions,” said Ecotricity, in an email.

“In our modelling, this will typically lower the cost of charging for all makes and models as well as charge more proportionally for energy taken.”

The firm has also increased the maximum length of charging sessions to 45 minutes, meaning drivers will be able to get increased range if their car’s battery capacity allows it.

Last year, an Ecotricity spokesman told Motoring Research he hoped the charges would prevent plug-in hybrids ‘clogging up’ its network. Max Boon said: “The vast majority of complaints we receive are about PHEVs clogging up chargers. We want to encourage electric car use and if we can do that by discouraging plug-in hybrids from using our network, that’s a good thing.”

The company attracted criticism after announcing it would charge £5 for 20-minute charges (previously they’d been free), before increasing it to £6 for 30 minutes within 24 hours after an online backlash from EV drivers.

Drivers who use Ecotricity as their home energy provider won’t be charged the £3 connection fee.

Almost a year ago we introduced ‘charging for charging’ on the Electric Highway, after being free to use for five years.

At the time we had limited options for the basis of that charging and opted for the £6 for 30 minutes, as the best ‘one size fits all’ that we could offer.

We said at the time that we would monitor use of the Highway, use that data and customer feedback – and produce a more sophisticated approach to charging, as soon as we could.

The new model that we’ve developed will give more flexibility and typically lower charging costs across all makes and models.

The main issue we’ve been wrestling with is the fixed time period charging and the different amounts of energy that various models can use in that time – coupled with the need to reflect in the pricing model the costs of installing and running the infrastructure, not just the cost of energy.

To better balance these issues we are separating the cost of energy from the cost of providing the service.

The energy will be charged at 17p per unit, which is pretty much the rate that people pay at home and the cost of providing the service will be via a £3 connection fee for all sessions.

In our modelling this will typically lower the cost of charging for all makes and models as well as charge more proportionally for energy taken.

We’ve also increased the maximum length of charging sessions to 45 mins to offer greater flexibility to those customers who need a bit longer to charge up.

For Ecotricity customers there will be no connection fee, to reflect that our customers’ energy bills help us build this network.

Our new approach will operate from the 26th June.