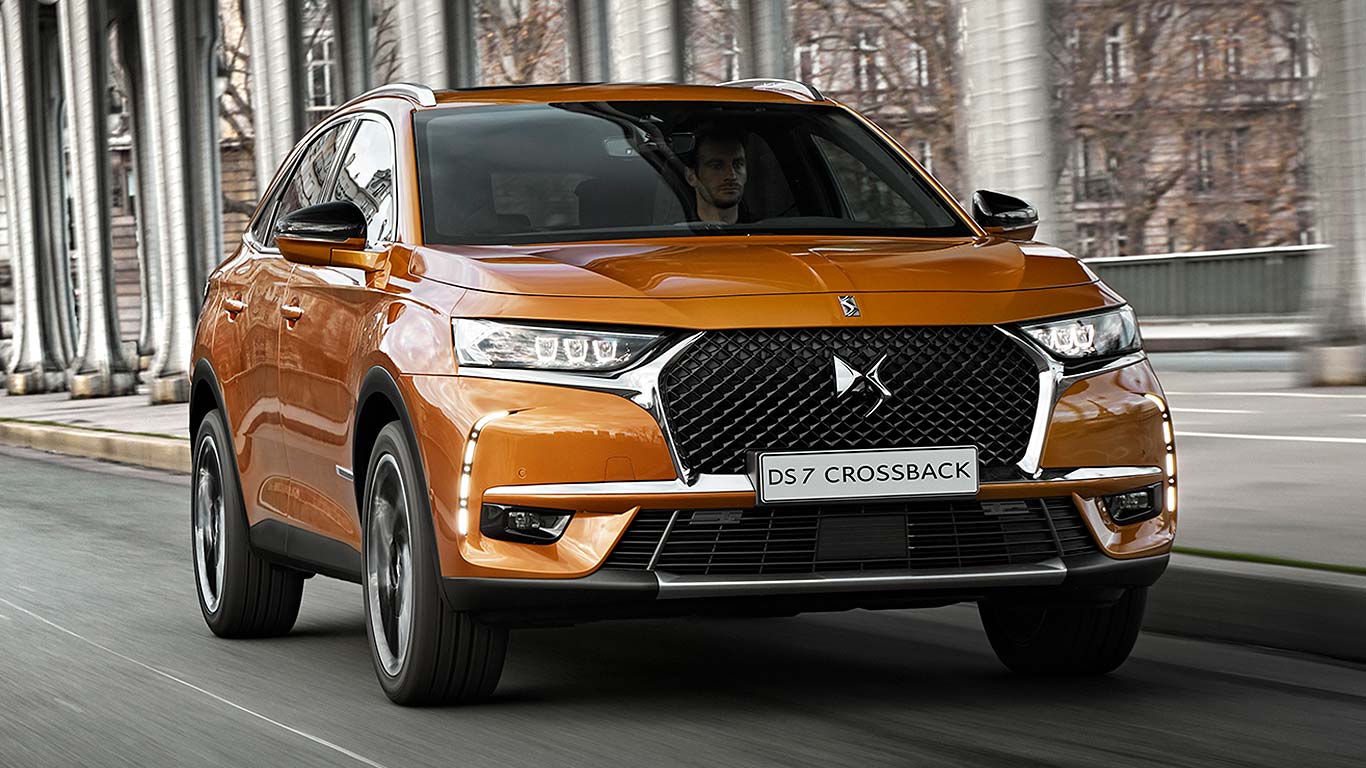 The new DS 7 Crossback SUV shows the French premium brand wannabe is about to get serious with a high-end crossover SUV that’s gunning for the Range Rover Evoque. Set to launch at the 2017 Geneva Motor Show, the firm has revealed it in full ahead of the Swiss spectacle.

Styled under the leadership of DS design director Thierry Metroz, the new DS 7 Crossback is less wilfully odd than previous DS models, and more in tune with the sort of cars buyers are seeking. The firm’s also gone big on high-end detailing, in an attempt to further its promise of offering French luxury in the premium car class. 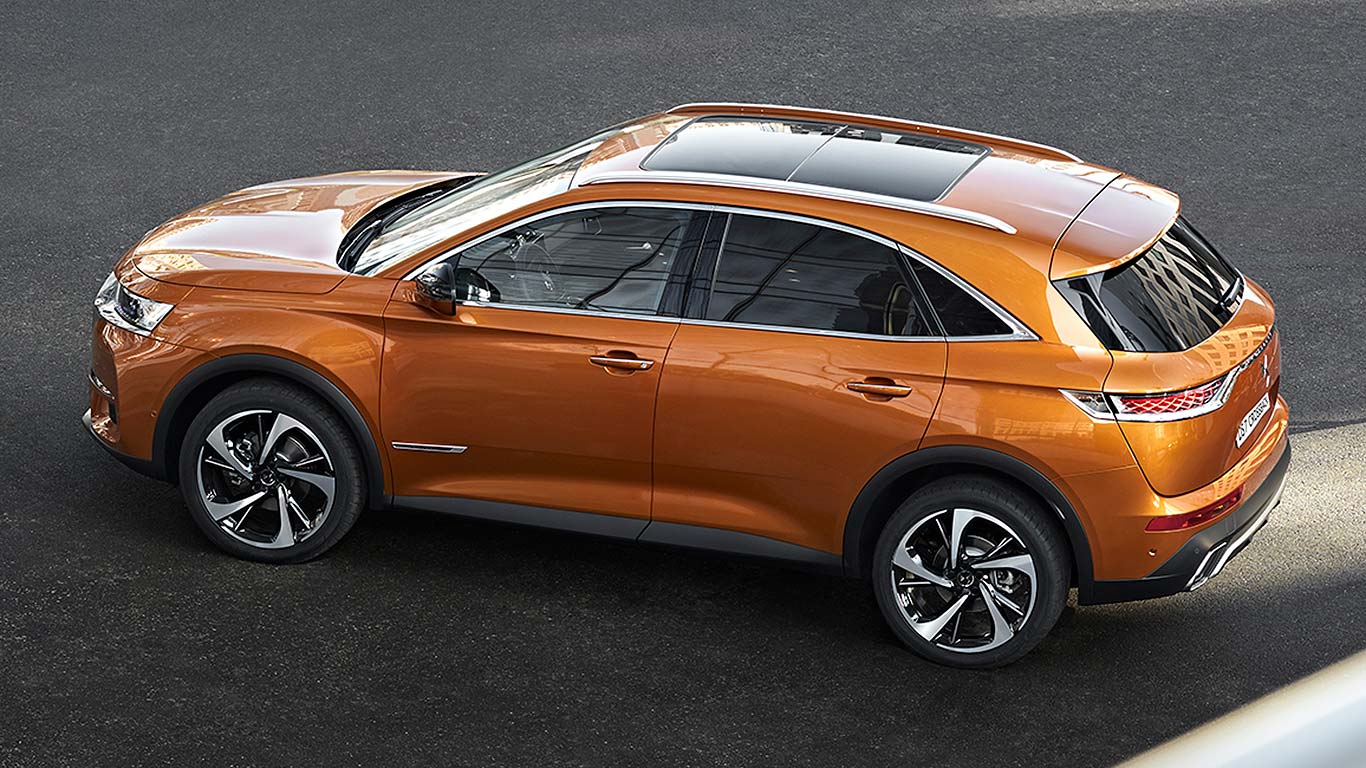 Lights are a particular focus here. The original DS 3 made great play of its signature LED lighting and the DS 7 Crossback continues that. Full LED headlights perform fancy start-up tricks and the LED running lights now form vertical beads. At the rear, laser-engraving tech has been used to create striking illuminated units. 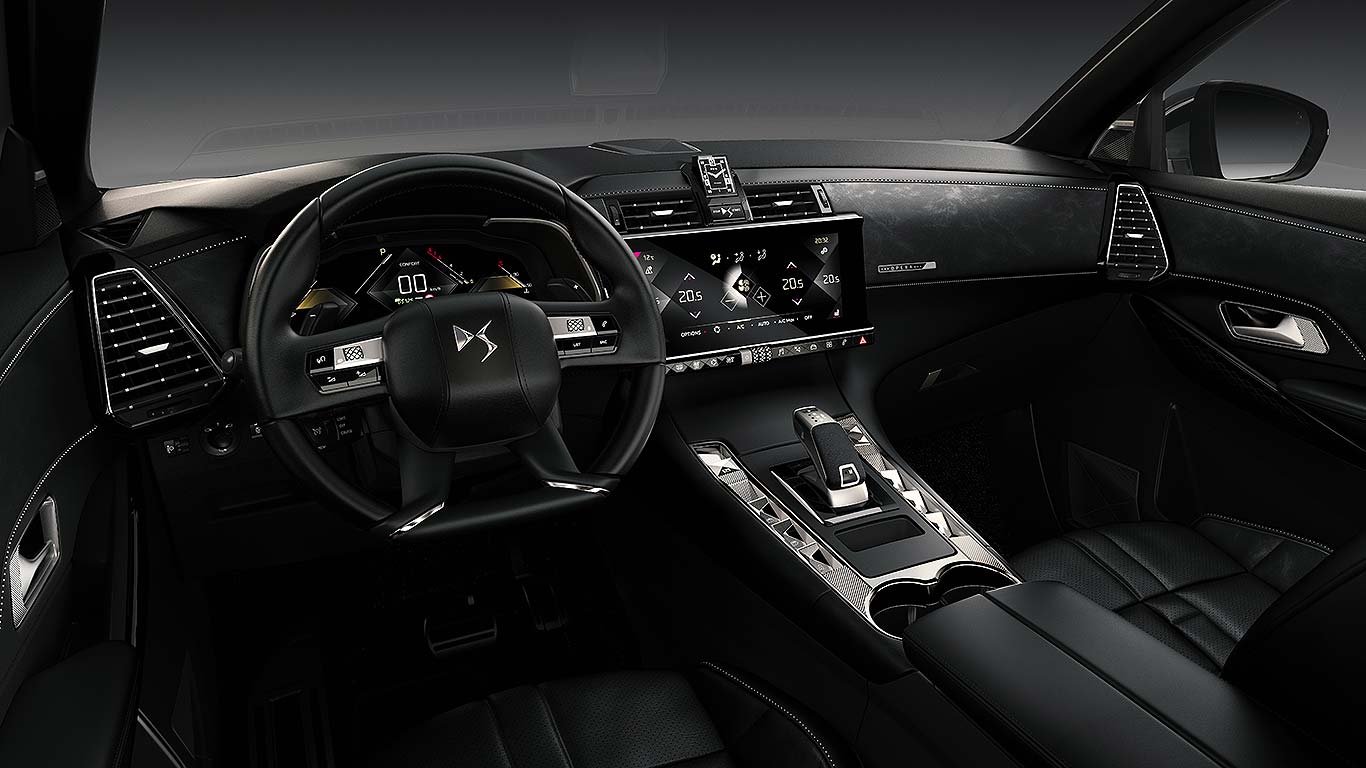 Inside, the quality lift evidenced by the Peugeot 3008, whose platform the DS 7 Crossback shares, is very much in evidence. Again, it’s a unique interior, with twin 12-inch screens: one in the centre of the dash and one in the instrument binnacle. DS claims the centre one is a sector-first, controlling navigation, DS Connect, MirrorScreen and multimedia.

There are endless interior trim options, or ‘ambiences’, too. Reflecting (it says here) owners’ lifestyles, buyers can choose from Bastille, Rivoli, Opera or Performance Line. All boast their own Haute Couture trimmings and the ‘obsession with detail’ DS is keen to become characterised by. 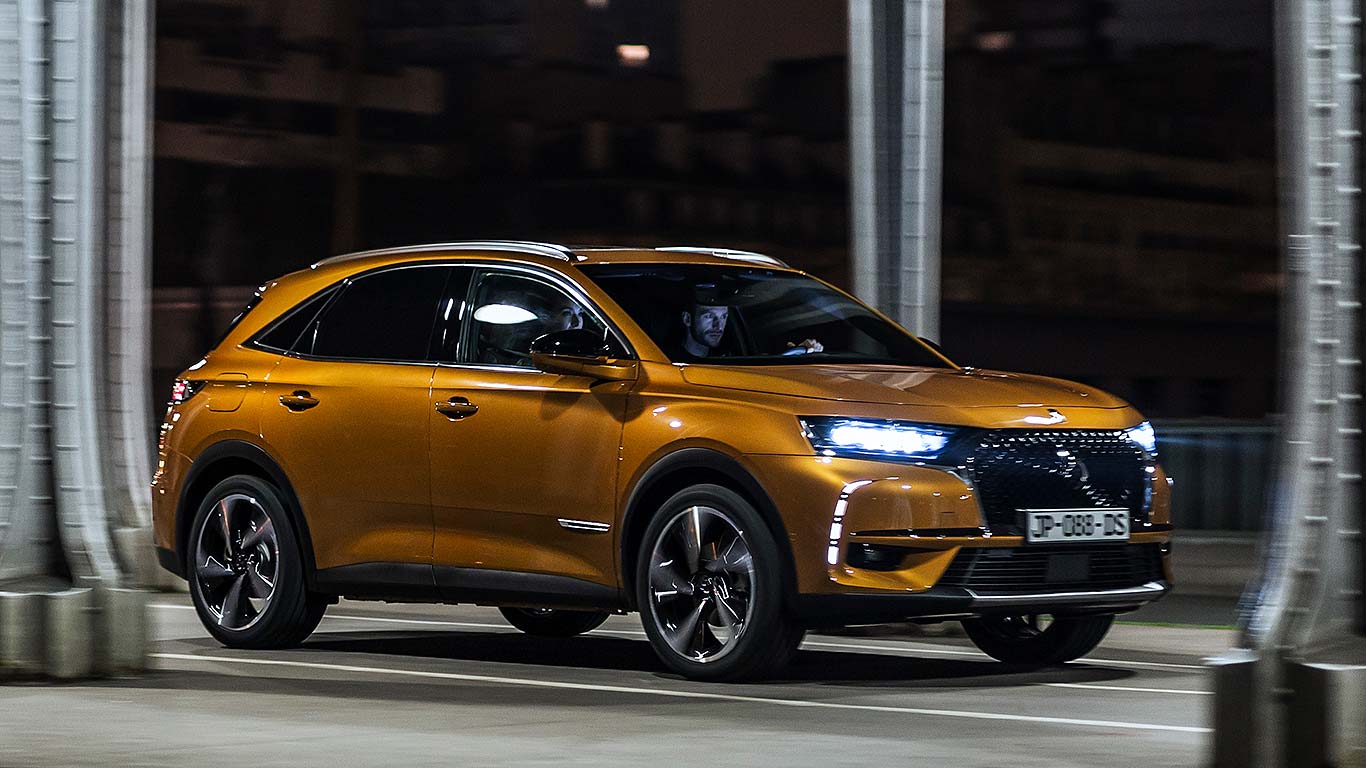 A headline powertrain for the DS 7 Crossback is a plug-in hybrid petrol set-up, boasting 300 hp, four-wheel drive and an eight-speed automatic gearbox. It has a 1.6-litre THP 200 engine, two electric motors and can do 37 miles on electric power alone.

Other engines are more familiar. There are 1.2-litre PureTech 130 and 1.6-litre THP 180 turbo petrols, plus 1.6-litre BlueHDi 130 and 2.0-litre BlueHDi 180 diesels. Pick from a range of gearboxes – the eight-speed EAT8 sounds preferable to the older EAT6. 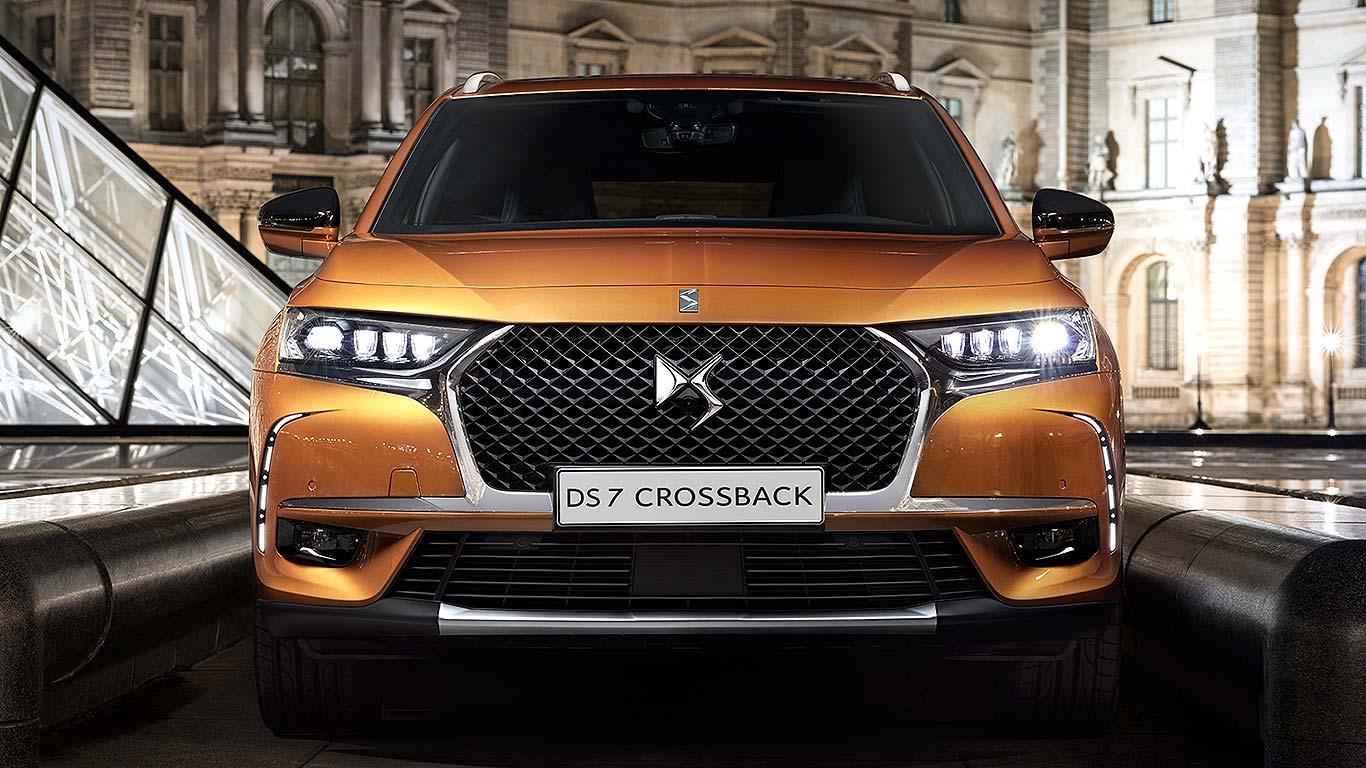 DS is promising clever driving tech to smooth out the DS 7 Crossback’s ride. Active Scan Suspension comprises adaptive damping that uses a camera in the windscreen to monitor the road ahead. It’s linked up with chassis sensors to fine-tune the suspension in real time. Bringing the traditional Citroen ride quality into the 21st century? Here’s hoping.