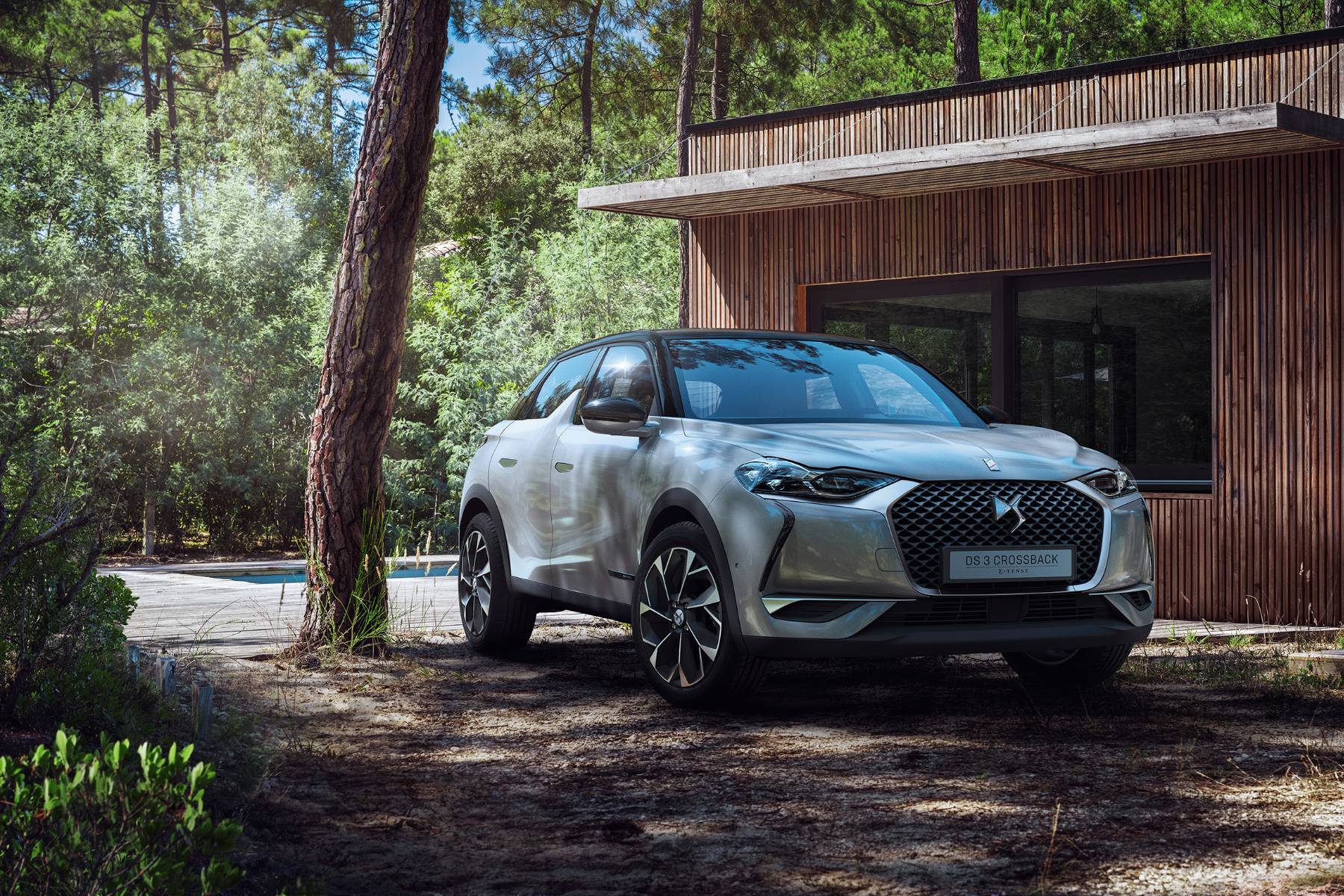 DS has quietly launched an all-electric version of its DS 3 Crossback. This small crossover, in general, is big news, but the EV version revealed alongside it hasn’t grabbed headlines. The times, it seems, really are a changin’…

Still, it looks expensive with that distinctive grille and bejewelled headlights. The rear borrows much from the DS 7 Crossback large SUV, albeit without the full-width (dare we say Porsche-style?) light bar. Again, a premium and attractive look. Everywhere else it’s recognisably a DS 3, just somewhat jacked-up and with the addition of two extra doors. 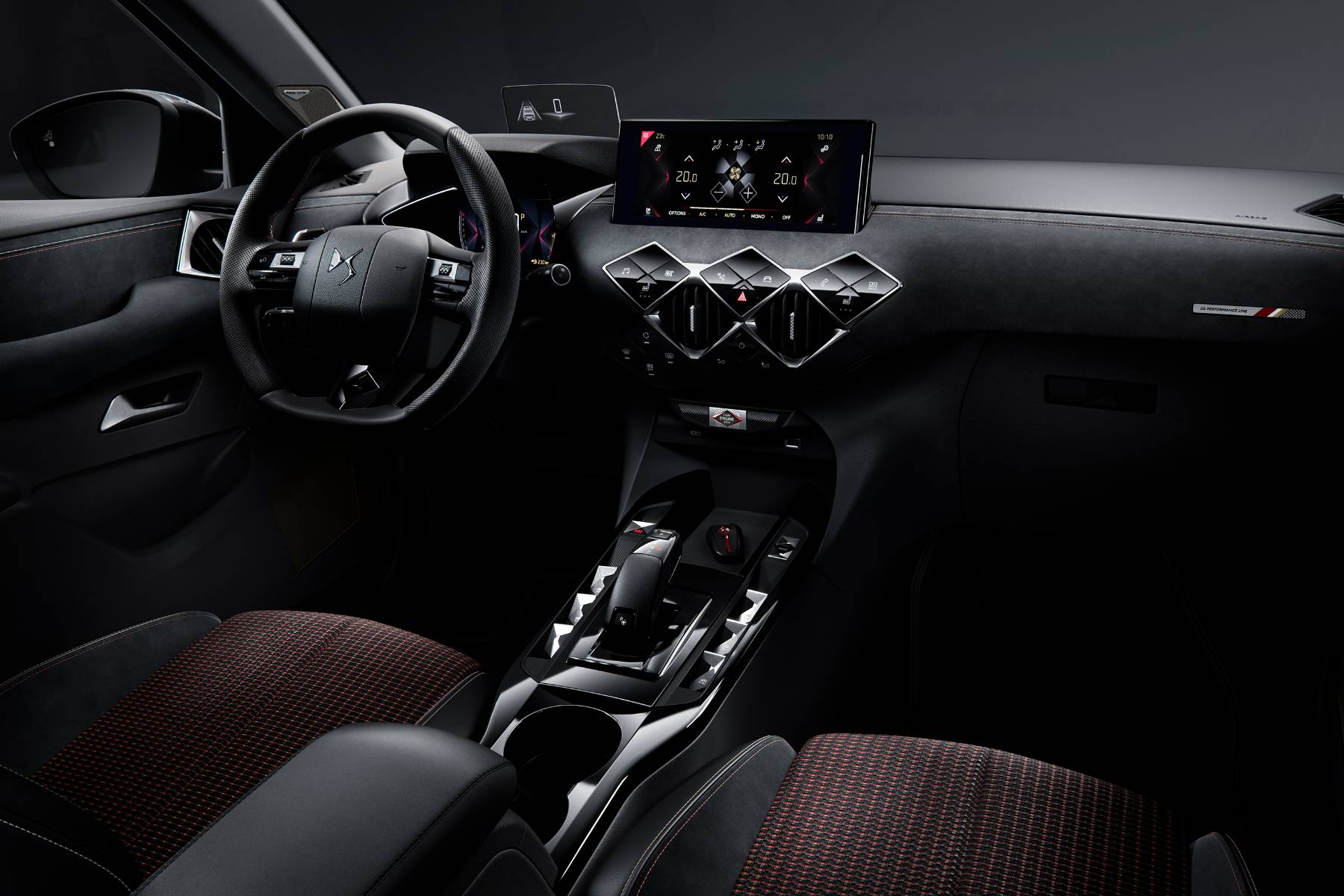 The DS 3 hatch has been in need of a cabin tech upgrade for some time, but the Crossback is more contemporary. Its cabin is similarly angular and art-deco, with plenty of French design flourish – again reminiscent of the DS 7.

Naturally, the scope for personalisation is nearly limitless. Such is the lifestyle appeal of DS offerings, they’d be mad not to offer it. Ten wheel themes and a further 10 body colours play three alternate roof colours. There is a range of five DS ‘Inspirations’ set specifications: Montmartre, Bastille, Performance Line, Rivoli and Opera. 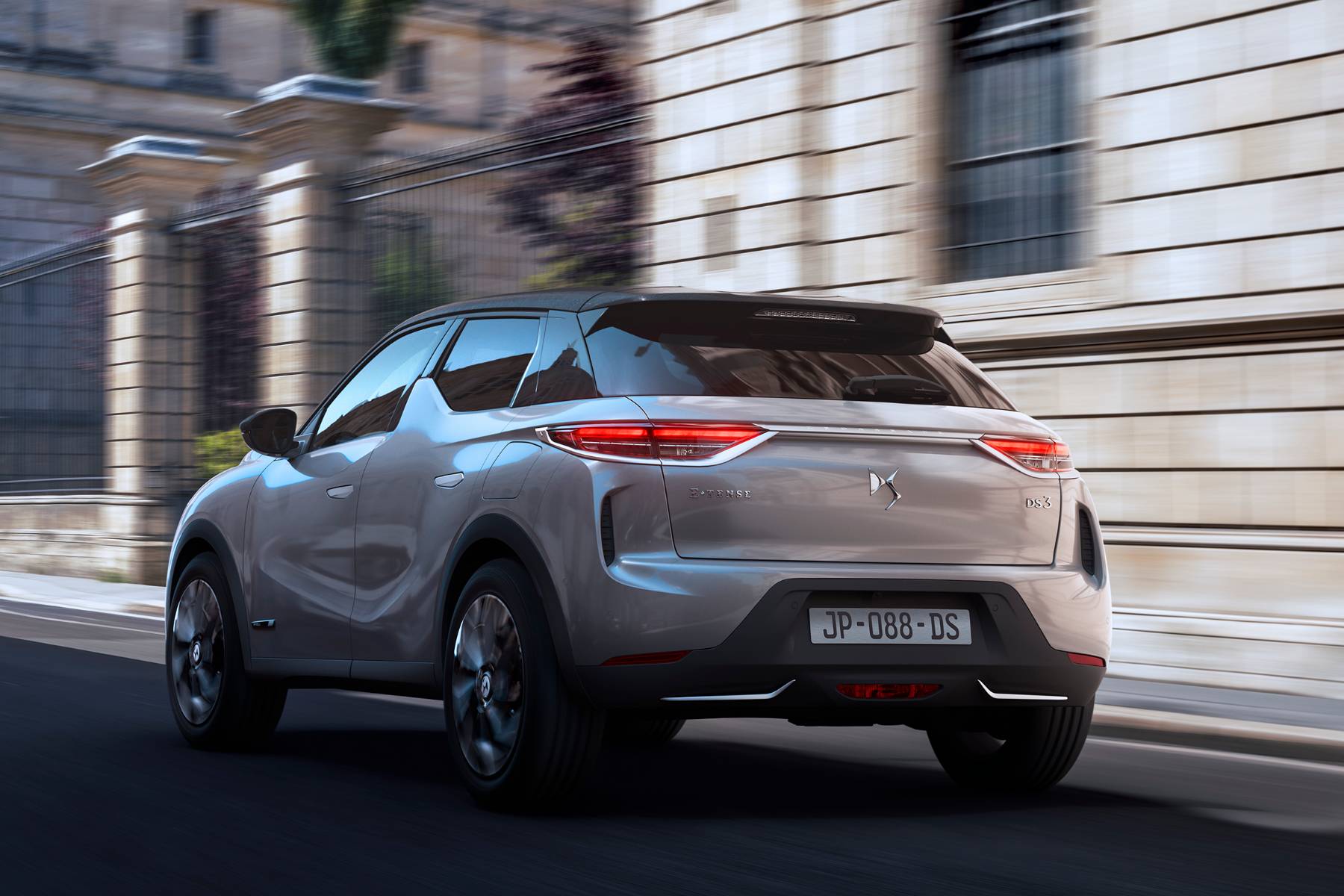 This is the kicker, for us – the nonchalant “oh, there’s an EV, too”. DS is proud of the fact that there’s very little to separate the petrol and electric versions visually. Both use Tesla-style flush door handles.

Numbers wise, it’s not just a gimmick either. It comes with a 136hp electric motor, with a 50kWh lithium-ion battery under the floor. Regenerative braking and fast charging feature as well, all culminating in 186-mile WLTP range, or 280-mile NEDC range. Respectable numbers alongside similar rivals like the Hyundai Kona EV.

The usual range of PureTech and BlueHDI petrol and diesel engines accompanies the new E-Tense EV. A new 155hp PureTech petrol with the eight-speed Eat8 transmission joins 130hp and 100hp units, while the 1.5 Blue HDI 100 soldiers on, now cleaned up to the latest Euro 6.2 standards. 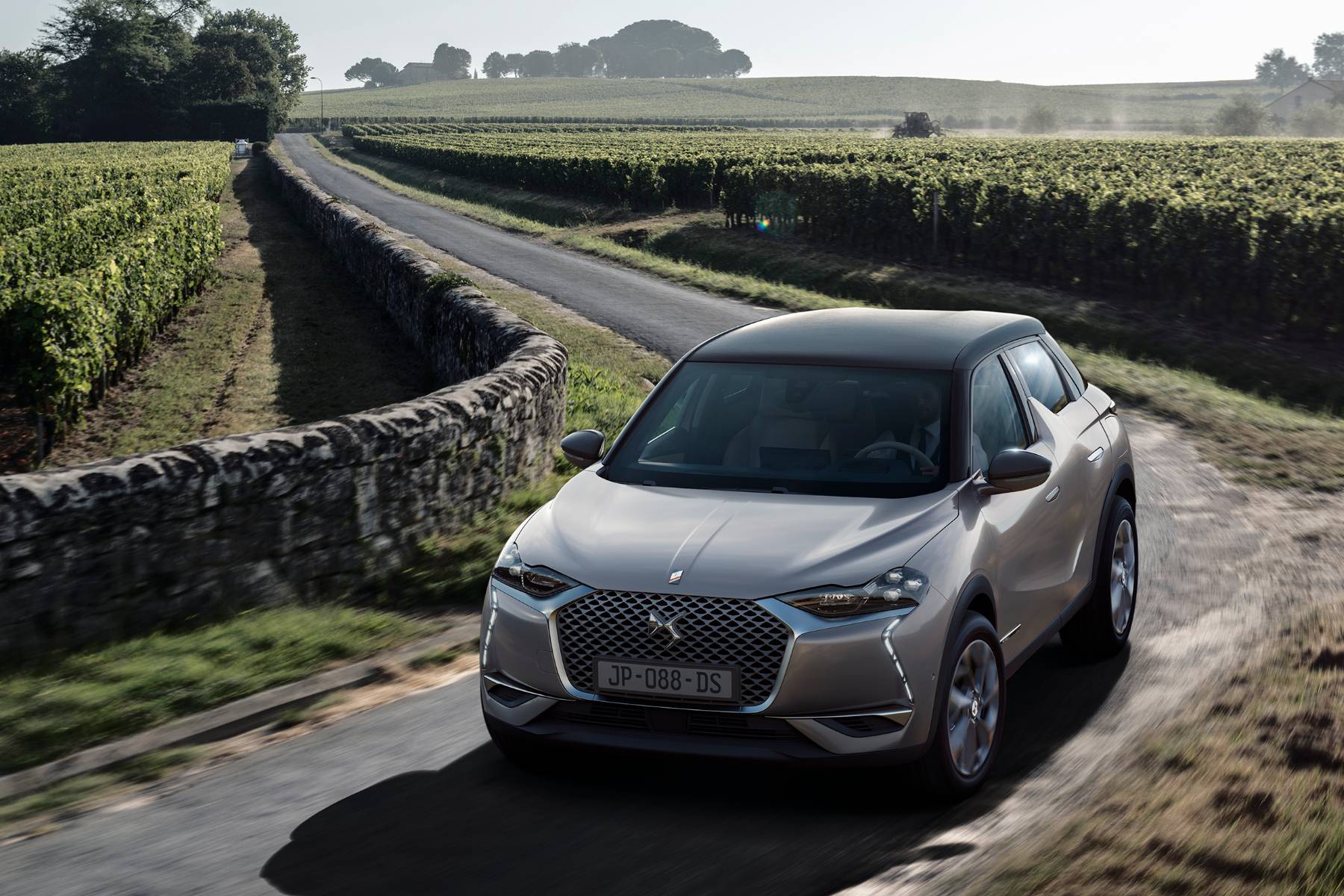 New for the DS 3 Crossback are Matrix LED Vision lights, which adapt to the environment and road users around the car. Three LED modules contain 15 individually controllable elements that allow precise control over where the beam goes.

DS Drive Assist reads a lot like Tesla’s Autopilot in that it offers partial autonomous control over the car’s speed and where it’s going. Conventional radar-guidance regulates speed while the car makes minor directional adjustments. Like Autopilot, the system is definitely not fully autonomous and is best used on motorways and A-roads. No falling asleep behind the wheel, then…

No prices have been announced as yet, but you can expect the E-Tense EV version – and indeed the diesel – to cost more.