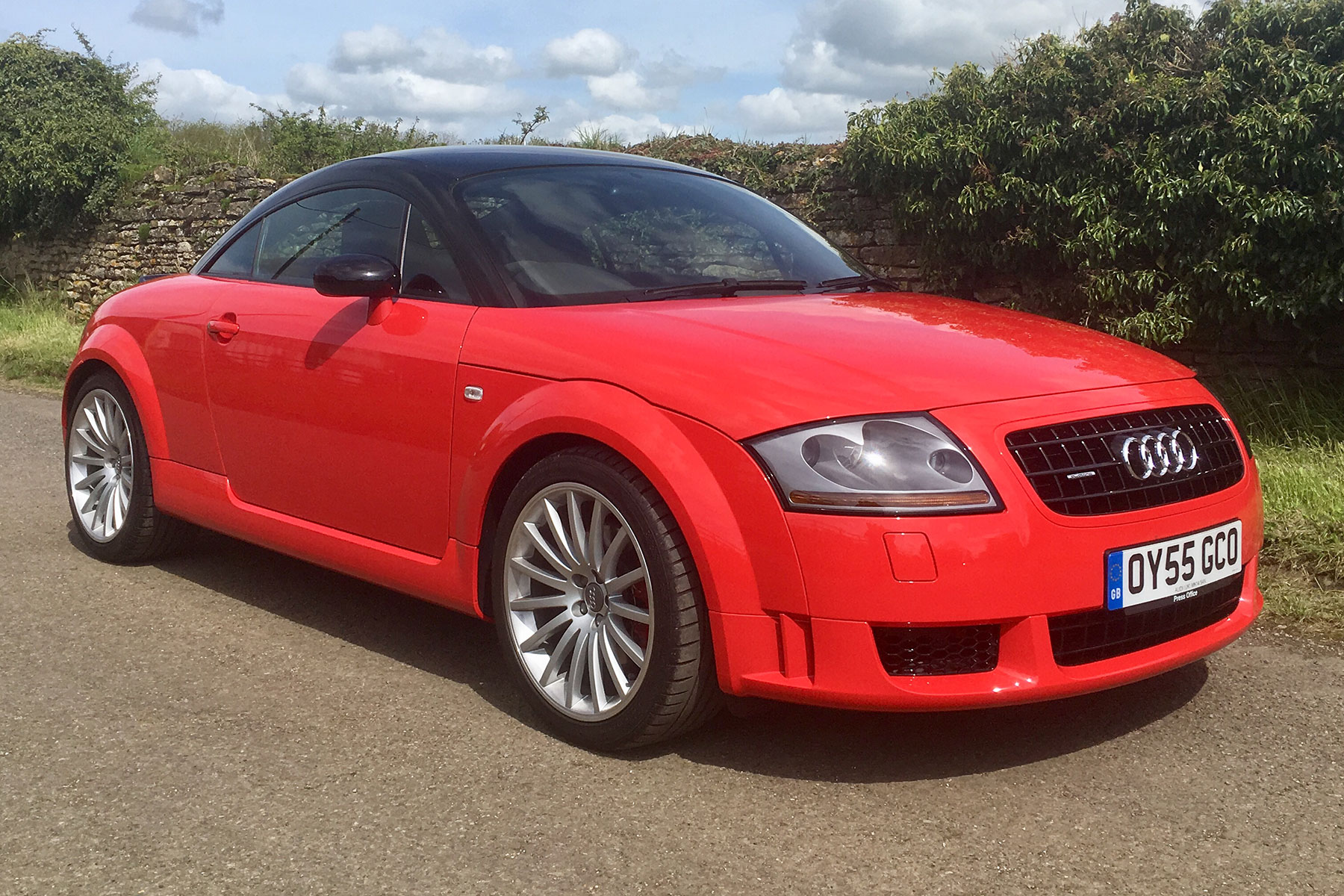 Audi made some of Europe’s most glamorous cars in the 1930s, but faltered in the post-war years and merged with Volkswagen in 1964. The models that followed were, in some cases, little more than rebadged VWs, and Audi had a middle-of-the road image, lacking the sporting pedigree of BMW or upmarket kudos of Mercedes-Benz.

What a difference a few decades makes. Today, Audi is one of motoring’s most-wanted brands, its cars both exceedingly popular and emphatically premium. So, what’s changed? There’s been some clever brand-building, for sure, but the roots of Audi’s renaissance lie in its products.

We cherry-picked four modern classic Audis from the company’s fantastic heritage fleet: the TT Quattro Sport, R8 LMX, Cabriolet and A1 Quattro. Each one is a significant part of the recent Audi story, yet all are decidedly different. Here’s why they matter. 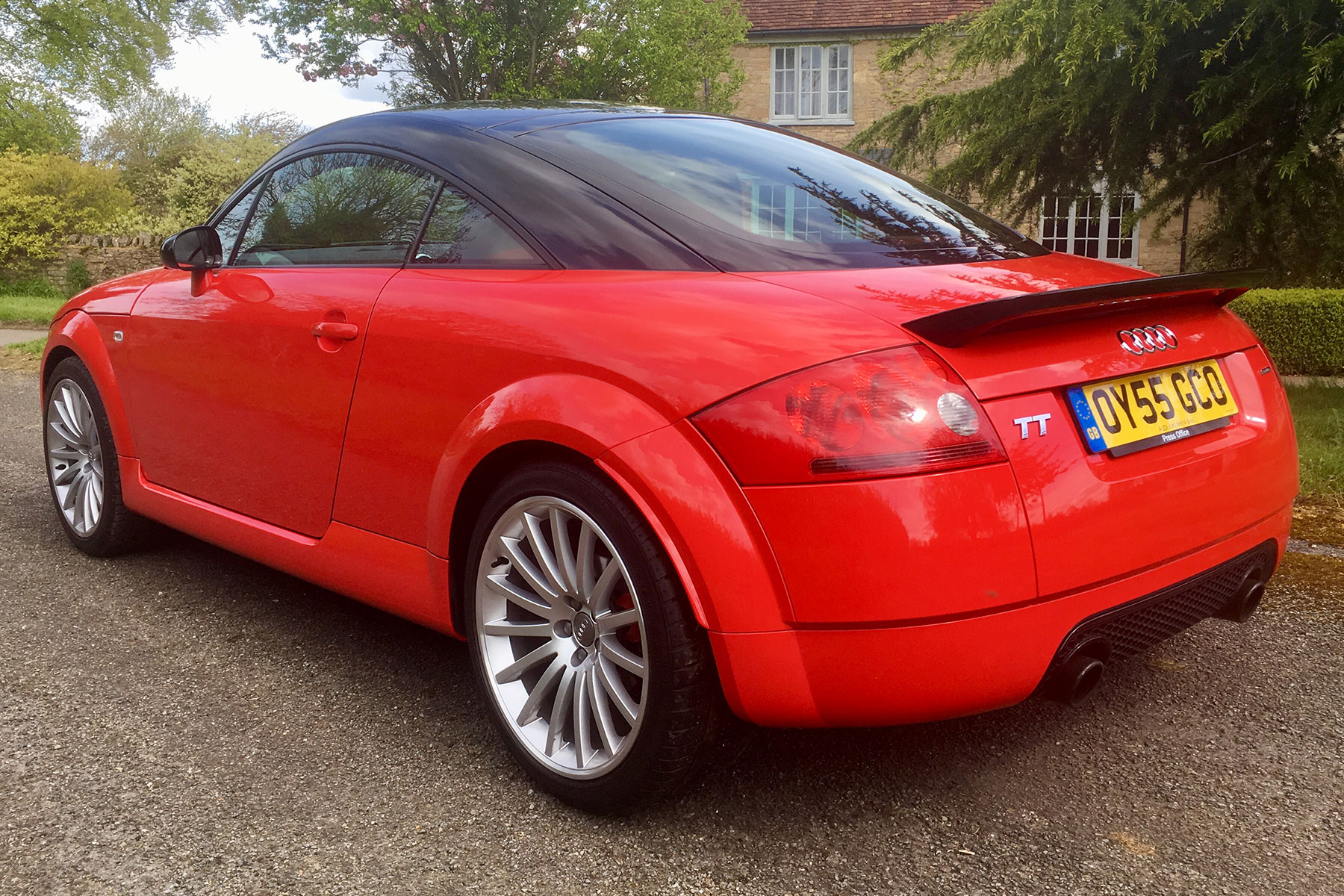 “Fire up the… oh, hang on.” This isn’t that red Quattro, but it’s very nearly as cool. The limited-edition Quattro Sport was the last hurrah for the Mk1 TT. Now a sought-after cult classic, just 800 were sold in the UK.

This first TT is still a fabulous piece of design: a rare example of a production car looking better than the concept. Launched in 2005, the Quattro Sport has an S Line bodykit, contrasting black roof, black tailpipes, bespoke 18-inch alloys and red brake calipers. Inside, Alcantara swathes the steering wheel, gear lever and handbrake, hard-shell Recaros were optional and the – virtually useless – rear seats were binned, replaced by a strut brace and luggage net. Total weight saving is 49kg.

There’s more power, too: the familiar 1.8-litre turbocharged engine gains 15hp for a 240hp total. Driving all four wheels via a six-speed manual ’box, it hits 62mph in a swift 5.9 seconds – 0.3sec quicker than the flagship TT 3.2 V6. Stiffer S line supension and a relocated battery (now in the boot) sharpen up the chassis.

Original Audi TT is well on its way to icon status now.

On the road, the Quattro Sport is agile and engaging, with lively steering, a snappy gearshift and confidence-inspiring brakes. It feels more akin to one of today’s 4WD hot hatches than a traditional rear-drive sports car, offering formidable point-and-squirt pace.

Ultimately, a Porsche Cayman delivers a purer driving experience, but the Audi is rarer and feels more exotic. Be quick, though: the Quattro Sport is the most desirable Mk1 TT and values are on the up. Expect to pay £5,500 for a high-miler, rising to around £13,000 for the best of the breed. 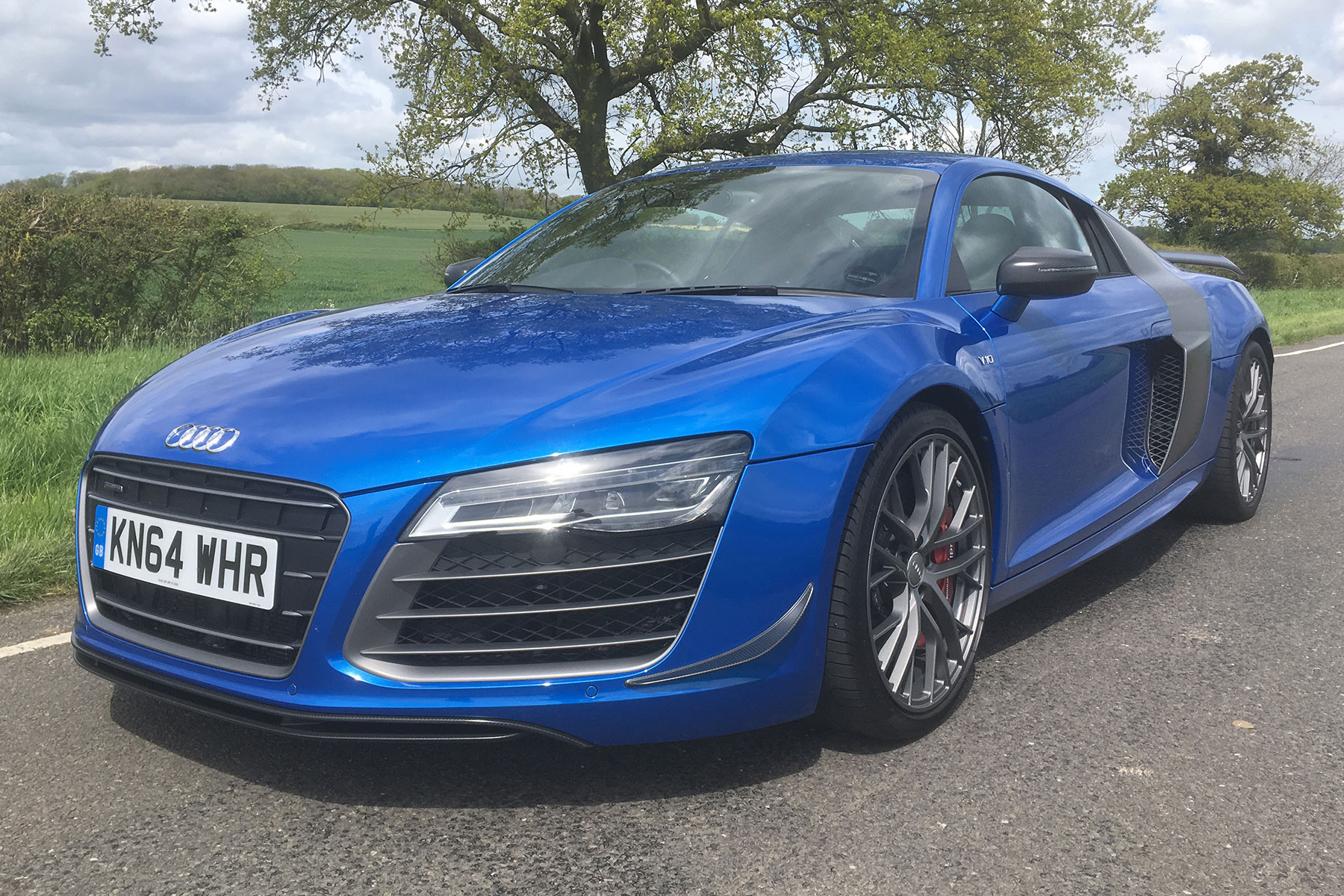 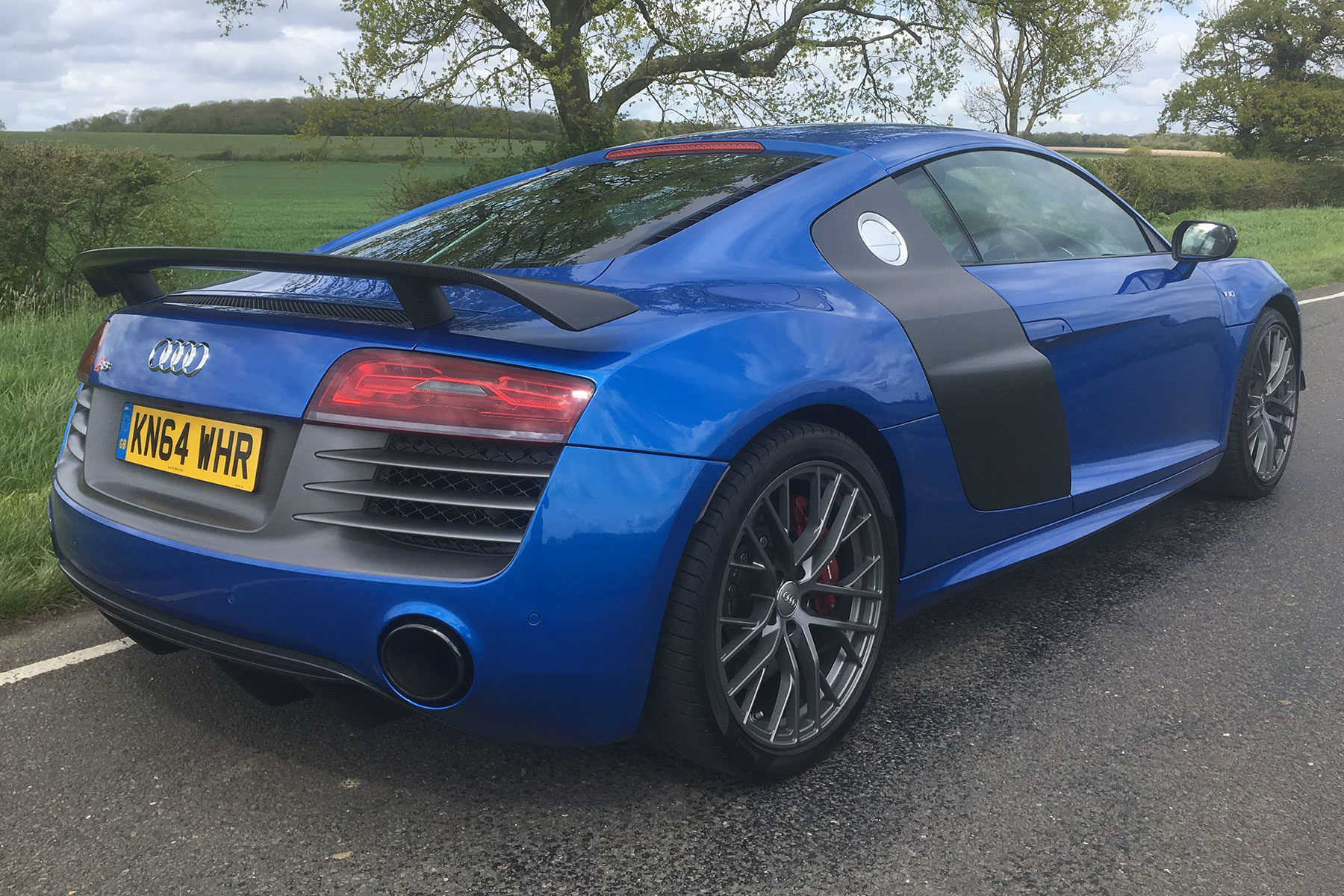 Like the TT Quattro Sport, the 2015 LMX is a run-out special edition. Costing a hefty £160,025 when new, it came with every virtually option available, including carbon-ceramic brakes, Bang and Olufsen audio and quilted Alcantara headlining. Most were painted Ara Blue, with a front splitter and fixed rear wing in bare carbon fibre.

The LMX also boasted ground-breaking new laser headlights – the first production car to offer this technology as standard. They deliver searing white light and a 600-metre range on high beam: around twice that of LED lamps. A camera system dips the lights automatically when it detects oncoming cars.

Our test-drive was conducted in glorious sunshine, so the LMX’s lasers were somewhat redundant. Fortunately, I made full use of its snarling, naturally-aspirated V10. Revving to 8,500rpm, this remains one of the great modern engines: fantastically responsive and brutally rapid (0-62mph in 3.4sec and 198mph). My only wish was for an open-gate manual gearbox, instead of the paddleshift auto fitted here.

The R8 has already joined the super-sports establishment, and the achingly desirable LMX is the original car at its zenith. Finding one will be a challenge, but the good news is that V8-engined R8s now start from £35,000. That’s a seriously special car for the price of an optioned-up Golf R. Tempted? 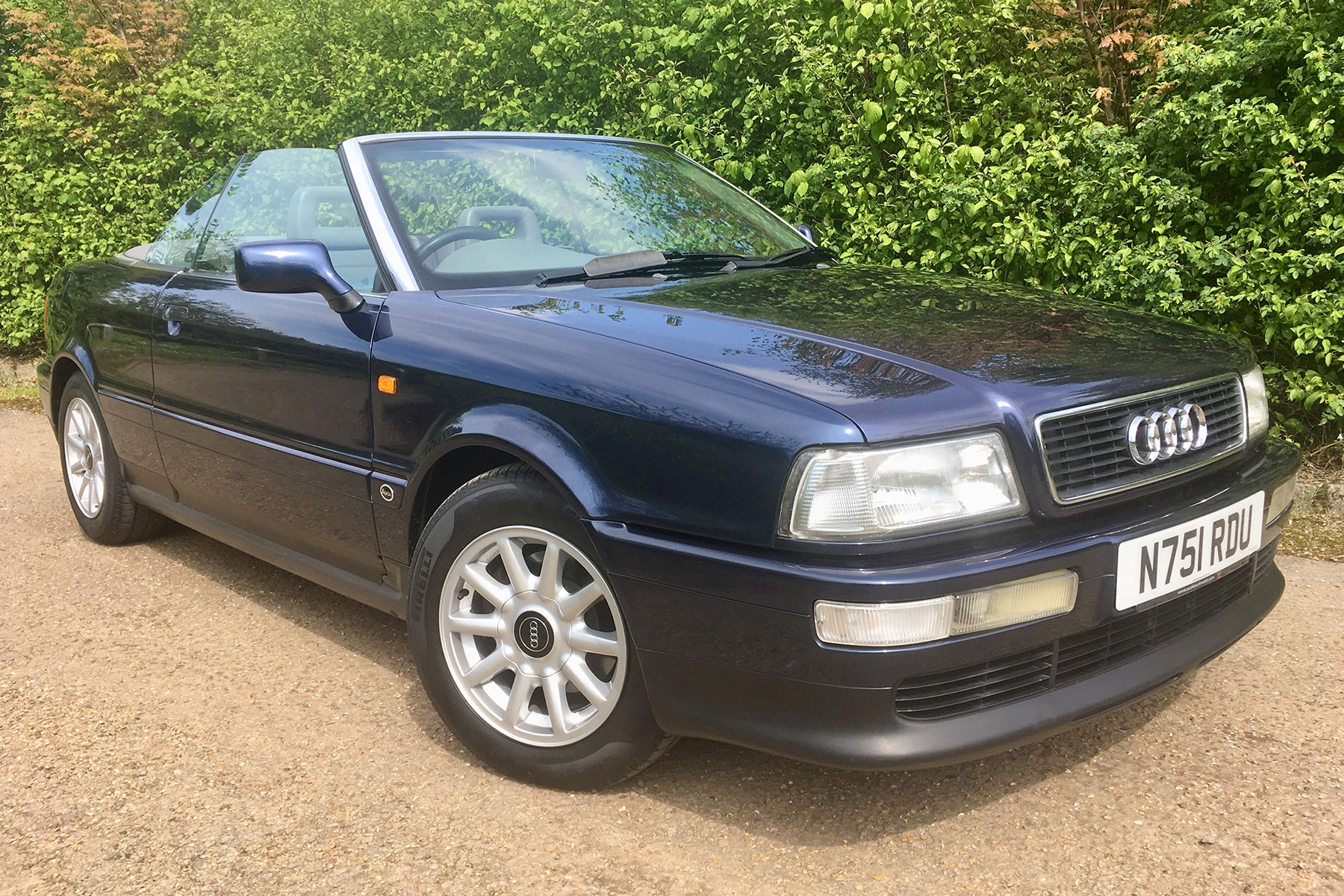 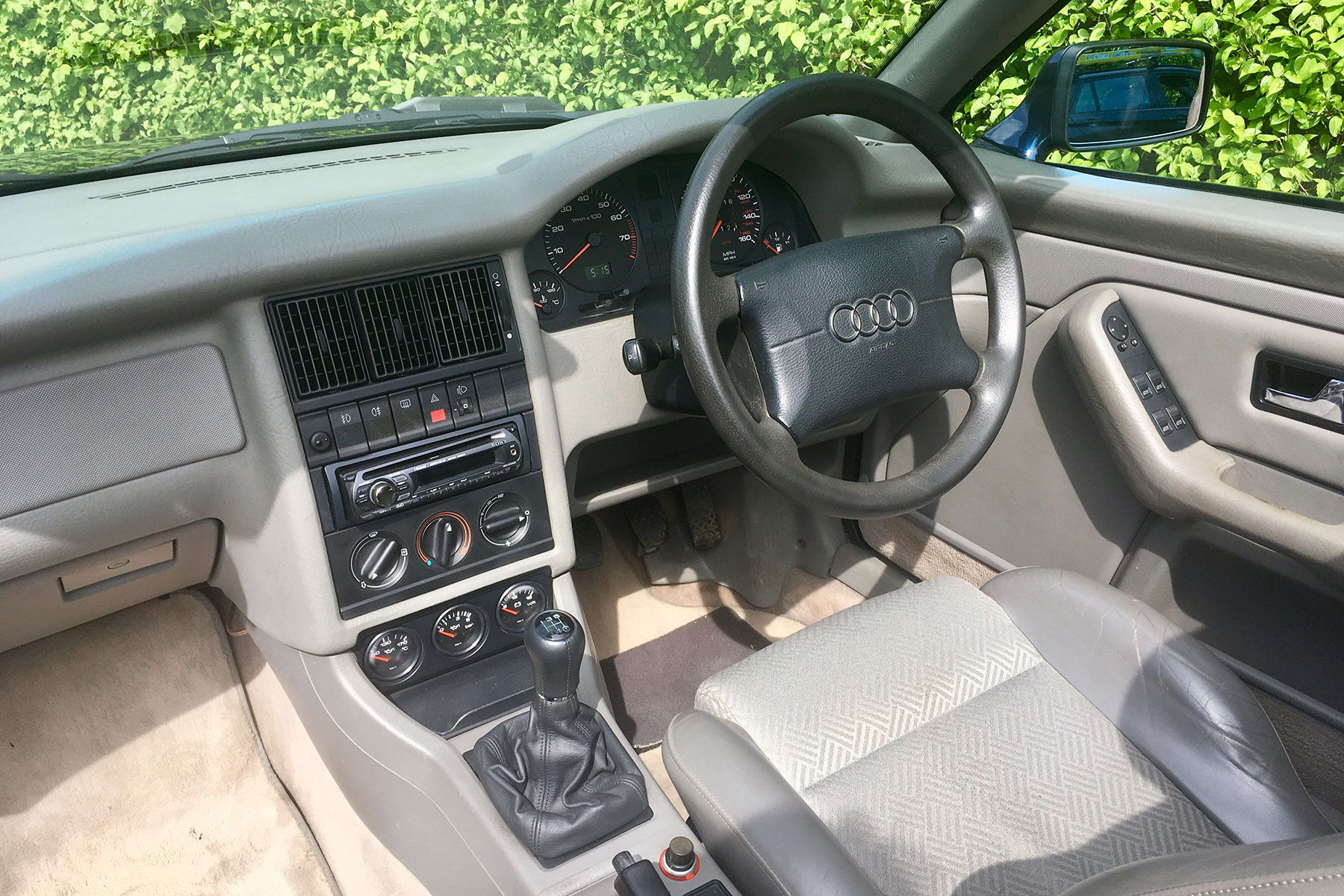 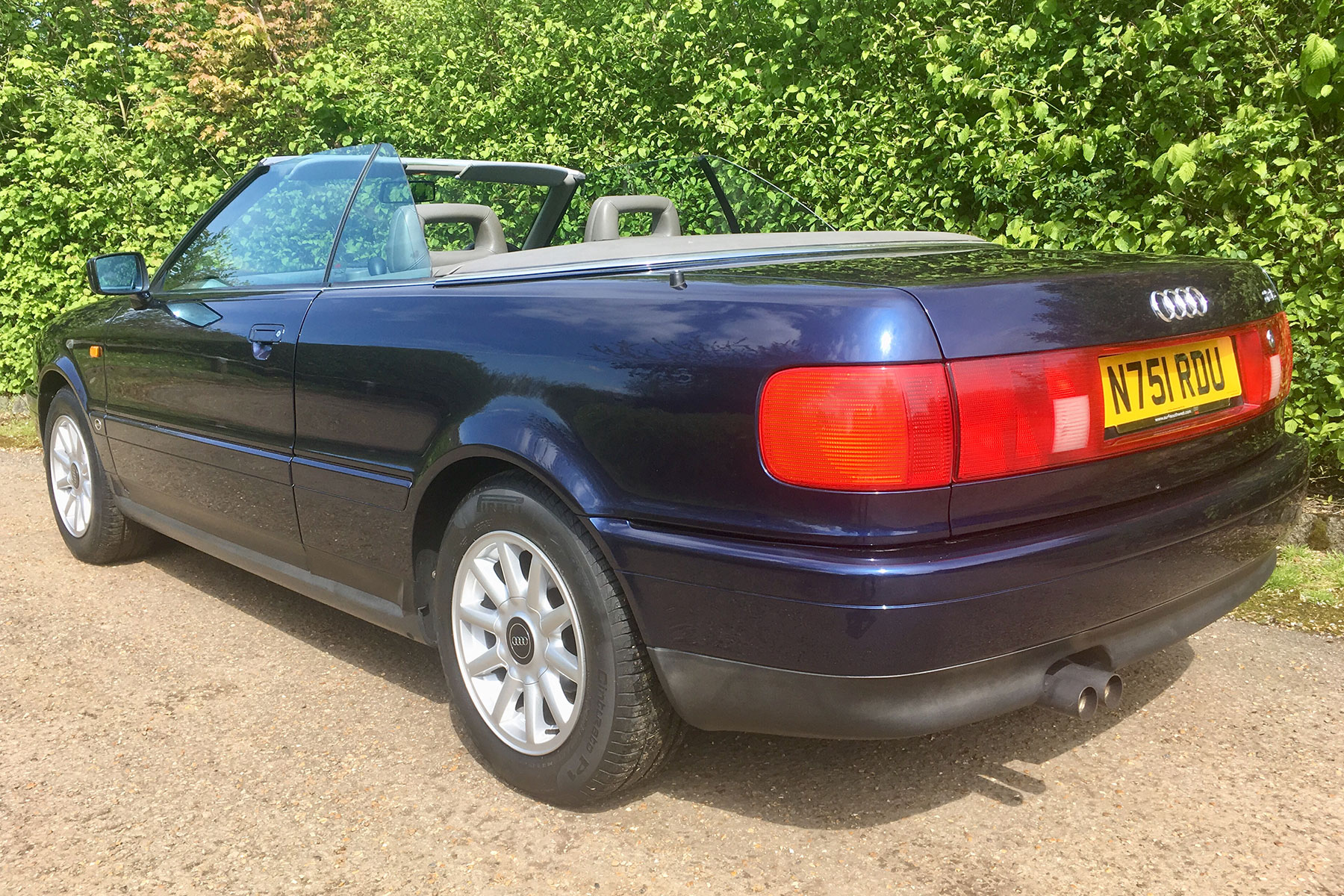 Diana’s decision to drive a German car was controversial at the time (what was wrong with a Rover 800?), but it gave the Cabriolet a huge boost. In 1994, sales nearly doubled after Diana was repeatedly photographed by the paparazzi, sometimes with the roof down and the young princes in the back. Inadvertently, she thrust Audi into public consciousness, and helped build the aspirational, upmarket brand we know today.

Many of the cars on Audi’s 50-strong heritage fleet are scarcely run-in, but this 1995 Cabriolet has 152,000 miles under its wheels. Thankfully, it still feels utterly rock-solid: clichéd ‘Teutonic build quality’ present and correct – even if Milton Keynes’ many roundabouts reveal some chassis-flex when cornering.

The B3 Audi Cabriolet was the first post-war Audi convertible. More than 71,500 were produced over a 9-year period #ThrowbackThursday #TBT pic.twitter.com/76sN4RIFeC

Indeed, despite its 150hp 2.6-litre V6, the Audi doesn’t like to be rushed. Throttle response is wooly, the steering feels vague and 0-62mph takes a leisurely 10.2 seconds. Better to retract the electric hood, recline the supportive seat and bask in the admiration of onlookers. Two decades on, this is still a great-looking car.

More than simply a footnote in Audi history, the Cabriolet hasn’t yet graduated to classic status – and that means they’re still very affordable. A good one will cost £2,500, while even the best examples are less than £5,000. 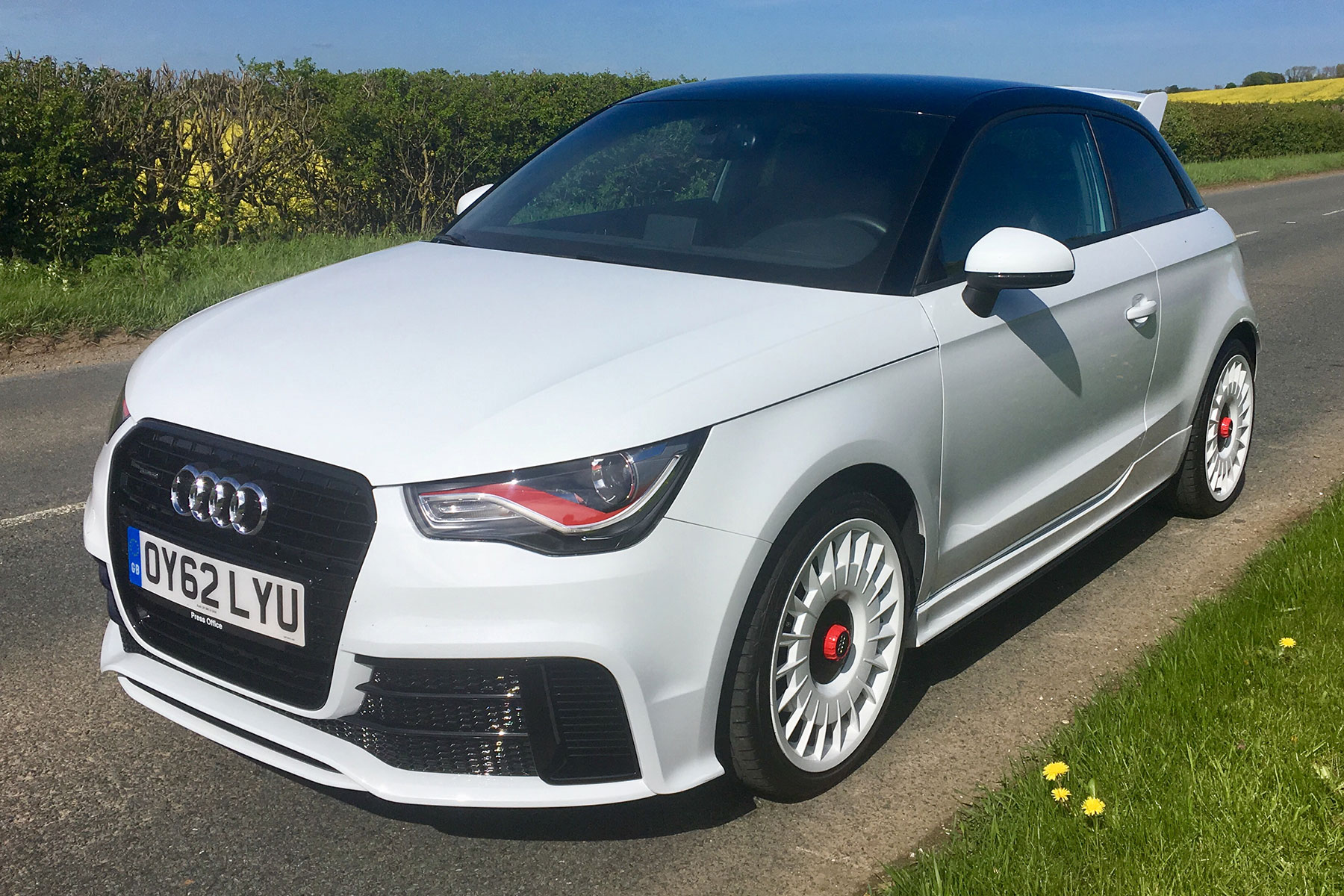 Coolest alloy wheels ever? The rally-style turbines on the 2012 A1 Quattro are certainly in with a shout. This one-of-333 supermini also packs a 256hp punch, with a manual gearbox and, naturally, Quattro four-wheel drive. Even the 231hp S1, launched in 2015, can’t top that.

The A1 Quattro has its steering wheel on the wrong side and cost a wallet-wilting £41,020 when new. No wonder Audi only sold 19 in the UK. Today, however, such rarity is key to the car’s appeal; only the cognoscenti realise what it is. It’s also the reason that A1 Quattros simply haven’t depreciated. Assuming you can find one, expect to pay near-as-dammit list price.

In terms of oily bits, the uber-A1 is essentially an S3, with a 2.0-litre TFSI engine that delivers 0-62mph in 5.7 seconds and 152mph flat-out. Audi ditched the A1’s torsion beam rear suspension for the S3’s four-link axle, making substantial modifications to the floorpan and fitting a new, saddle-style fuel tank. Standard equipment was comprehensive, including leather trim, sat nav and a Bose audio system.

Unsurprisingly, the A1 is fiercely quick across-country. A neutral and forgiving chassis, combined with limpet-like grip and Quattro traction, means you can take huge liberties with cornering speeds. The engine is obviously turbocharged (it doesn’t fully wake up until nigh-on 4,000rpm), but there’s much fun to be had in riding that wave of boost. Shame the suspension is too stiff for broken British B-roads.

For most, the S1 is a far better option: cheaper, more comfortable and almost as quick. But the A1 Quattro showed Audi could do limited-run, hardcore hot hatches just as well as parent-company Volkswagen. It’s not a rational purchase, but the most interesting cars rarely are.