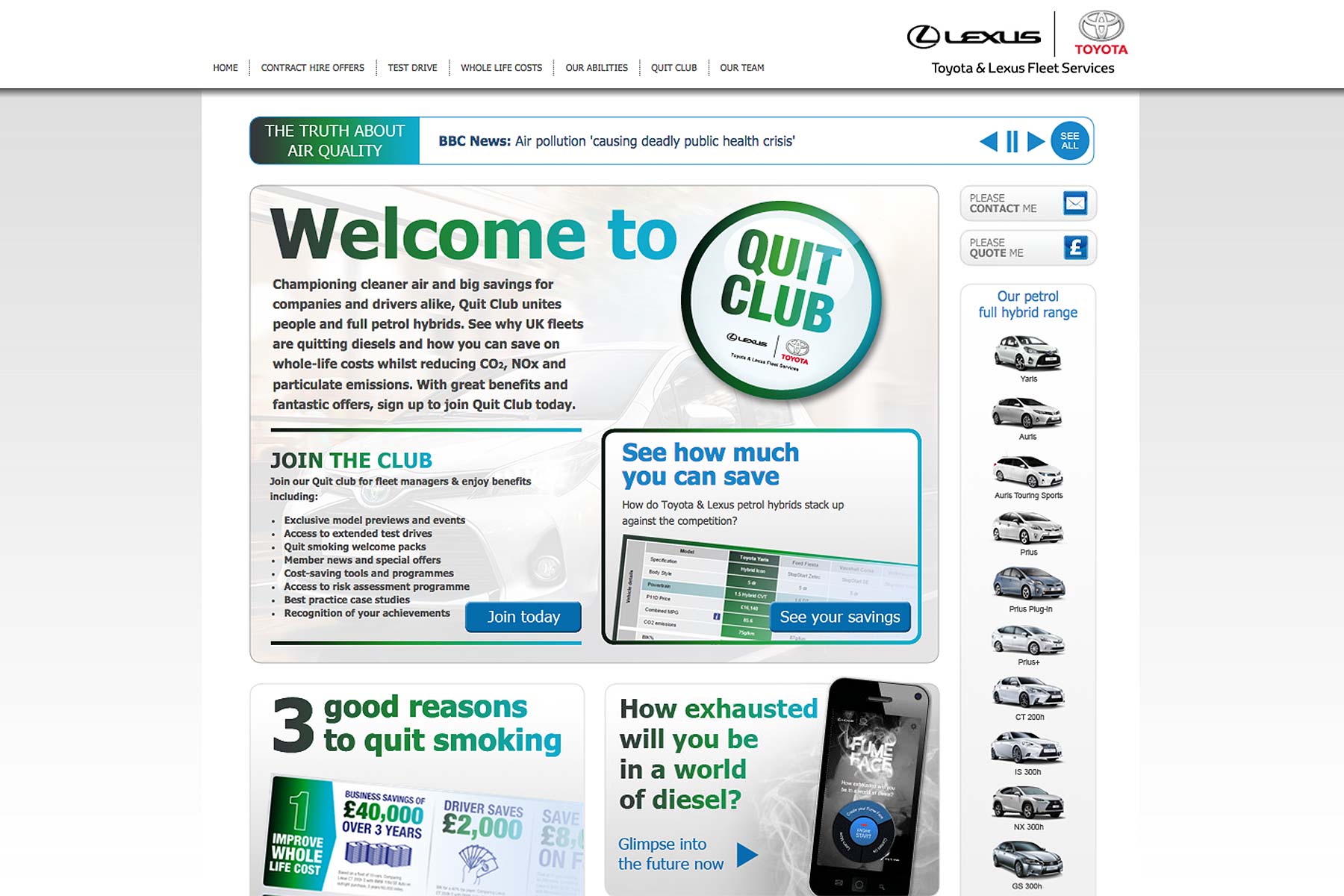 Driving a diesel car is more anti-social than smoking cigarettes, claim Toyota and Lexus in the UK – and they’ve launched a new Quit Club initiative to help businesses ‘kick the habit’.

“These days, it’s quite easy to steer clear of cigarette smoke,” said Neil Broad, general manager of Toyota & Lexus Fleet Services, “but it is much more difficult to escape from diesel emissions.

“Combustion exhaust is in the air all around us and is linked to an estimated 5,000 premature deaths in the UK each year.”

That’s why businesses should stop driving ‘dangerous’ diesels and switch to the cleaner petrol hybrids sold by Toyota and Lexus – they contain “only a tiny fraction of the harmful nitrogen oxides (NOx) emitted by current diesels”.

The Toyota Lexus Quit Club is flagging a further ‘motivational’ message to businesses – they can save thousands by moving from diesel to petrol hybrids.

The business division claims a company buying and running 20 Lexus IS 300h SE models could save £50,000 over three years compared to the diesel equivalent.

But Broad’s message was clear – it’s not just about saving cash, but not being anti-social. “If yours is a business that cares about its impact on people’s health as well as its bottom line, come to the Quit Club and find out how you can become a successful quitter too.”