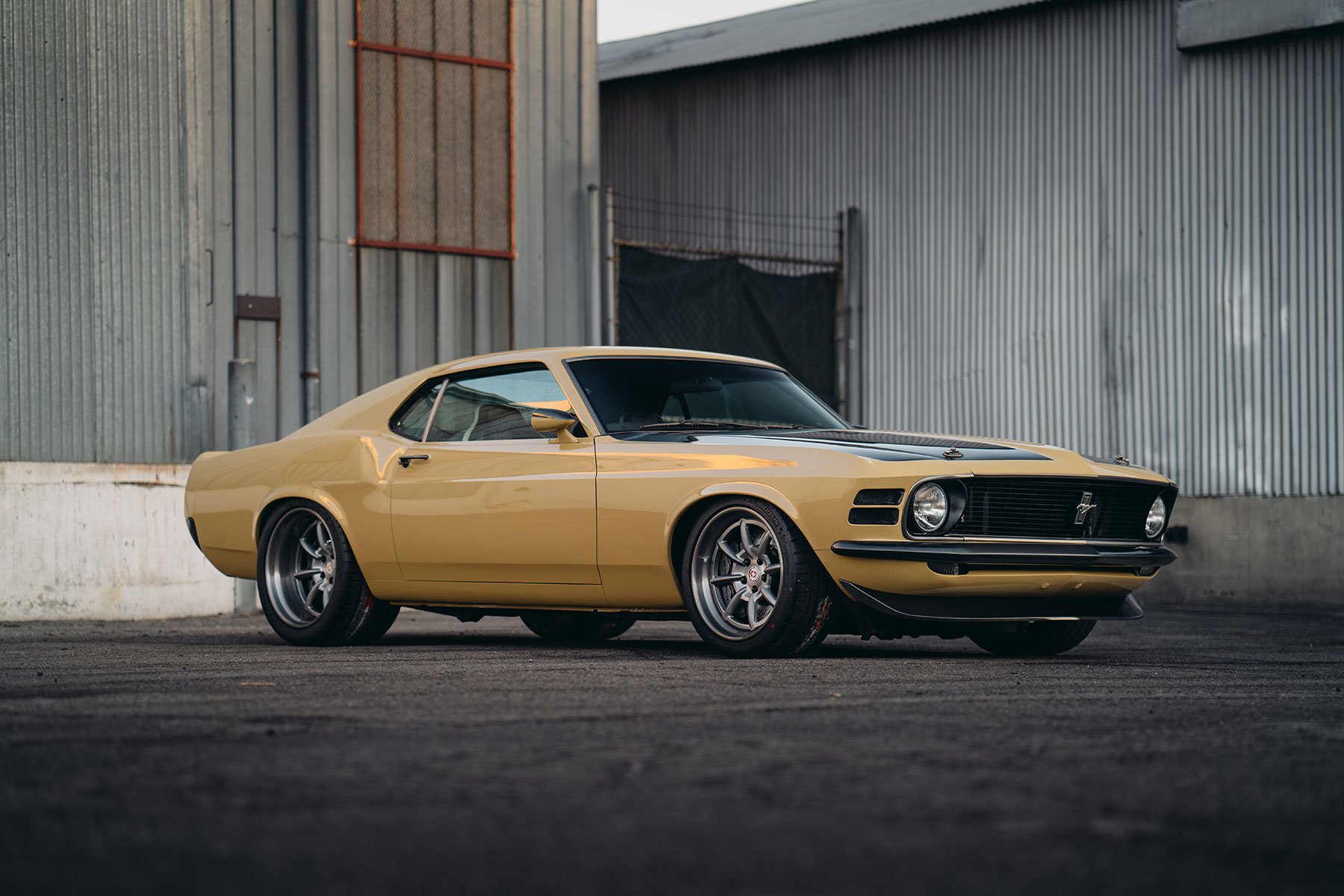 The character Robert Downey Jr. plays in the Iron Man movie franchise may be a fan of performance cars, but the actor himself is also a serious petrolhead. Just check out his most recent award-winning acquisition, unveiled at the SEMA show in Las Vegas.

Downey Jr. commissioned Wisconsin-based SpeedKore to create a custom 1970 Ford Mustang Boss 302, with a comprehensive overhaul that left none of the classic muscle car untouched. SpeedKore specialises in fabricating carbon fibre, meaning the lightweight material is used extensively for the bodywork.

Carbon fibre is used to form both the front and rear bumpers, the bonnet, wheel arches and boot lid – even the rear spoiler and deep front splitter. SpeedKore has also left sections unpainted, showing off the carbon weave alongside the special Khaki Yellow paintwork. With Downey Jr. involved in the entire design process, these are all choices made by the man himself.

The benefit of being the fifth highest-grossing box-office star ever in the USA, Mr. Downey Jr. clearly had no fear of keeping this project on a limited budget. Complementing the custom bodywork is a set of bespoke HRE alloy wheels, with upgraded Baer brakes hidden behind them.

Enhanced stopping power is important, as the standard 290hp 302-cubic inch (5.0-litre) V8 engine has been ditched. In comes a new Ford Performance 5.0-litre ‘Aluminator’ V8, mated to a Roush supercharger that is capable of pushing peak horsepower to over 725hp. Carbon fibre is used to shroud this supercar-baiting engine, with an upgraded six-speed manual gearbox proving that Iron Man is happy to shift his own gears.

The interior blends a mixture of classic and modern, with racing bucket seats finished in a mixture of brown leather and cloth, plus matching trim throughout the cabin. A special custom steering wheel was also added, along with a vintage-style air conditioning system.

Featured on the Ford Performance stand at SEMA, the Boss 302 picked up a ‘Best of Show’ design award for SpeedKore. The company is no stranger to success at the Las Vegas tuning event, having previously won awards for an all-carbon fibre Mustang in 2016, and its 1,650hp 1970 Dodge Charger at the 2014 event. The latter car also has a film connection, having appeared in the Fate of the Furious movie with Vin Diesel.