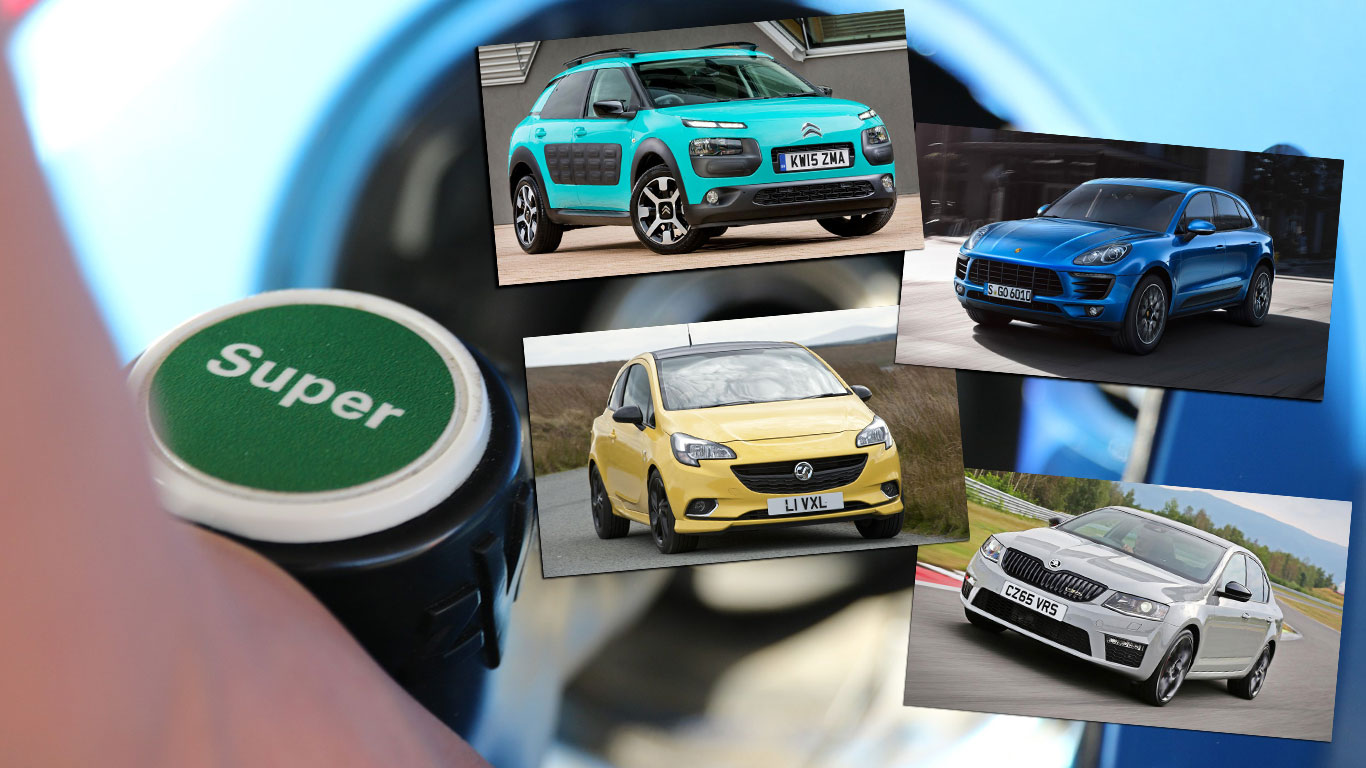 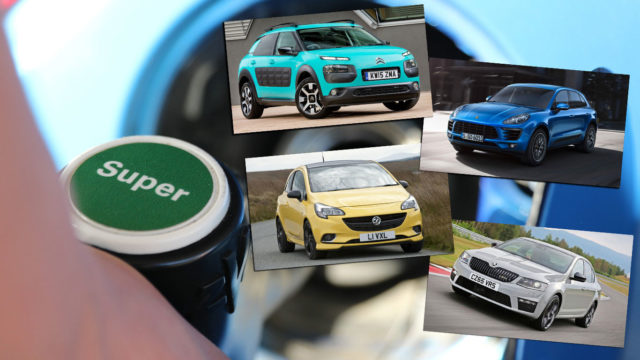 The dieselgate scandal rocked the world of diesel engines, shattering consumer confidence and renewing interest in petrol and hybrid models. With this in mind, we’ve selected 20 cars, all of which we prefer when powered by a petrol engine. 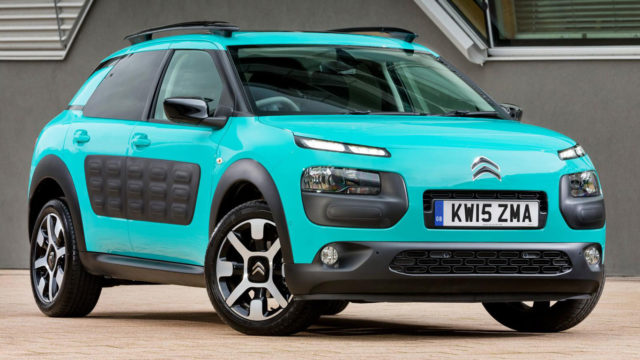 Until the arrival of the new C3 supermini, the C4 Cactus is the most ‘Citroen’ Citroen you can buy. It’s packed with interesting features – most notably the Airbumps – while the 1.2-litre PureTech petrol engine feels more in-keeping with the car’s lightness and joie de vivre. 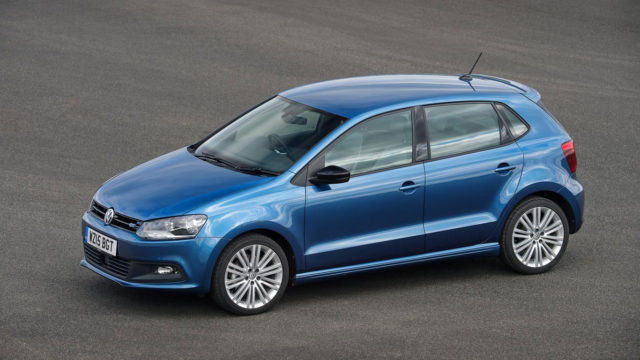 Shhh, nobody mention dieselgate. Fortunately, there’s no cloud of smog hanging over the excellent Volkswagen Polo BlueGT, which uses a 1.4-litre turbocharged petrol engine, yet can still deliver a claimed 60.1mpg on a combined cycle. With prices starting from £18,135, it’s not cheap, but when you think of it as a junior hot hatch, it begins to make more sense. 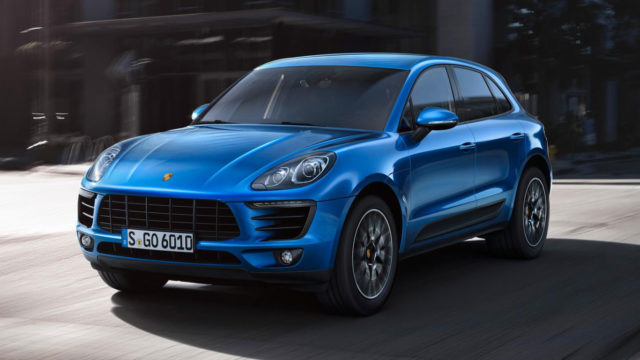 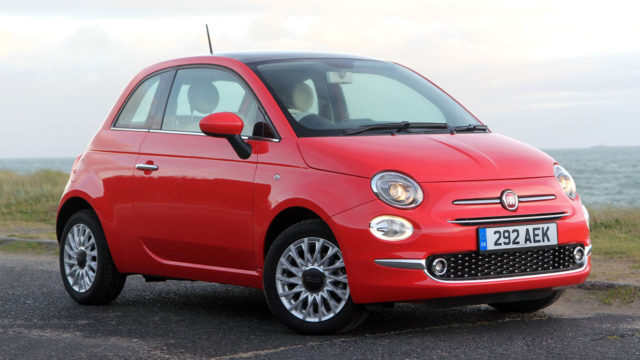 Unlike many city cars, you can order a Fiat 500 with a diesel engine, but although it offers greater flexibility, we’d still recommend the petrol versions. The 1.2-litre is great in the city, but our money would be on the 0.9-litre TwinAir engine – a characterful unit that seems to suit the 500. Just don’t bank on getting anywhere near the claimed 74.3mpg. 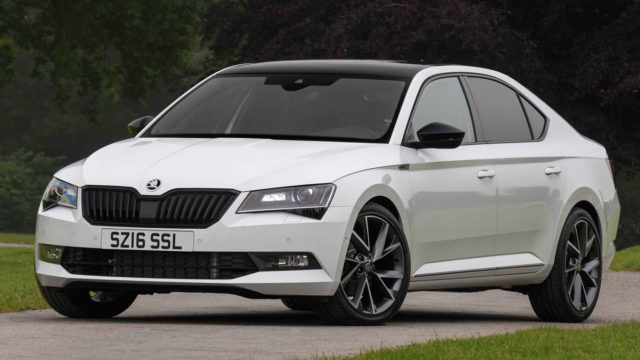 Conventional wisdom would suggest the Superb is best served with an economical diesel engine, but we beg to differ. Having driven a 220hp Superb 2.0 TSI the entire length of the country, we were left impressed by its surprisingly sporty nature. Better still, opt for the blistering Superb Sportline, which offers a 280hp engine, 19-inch wheels and Alcantara sports seats. 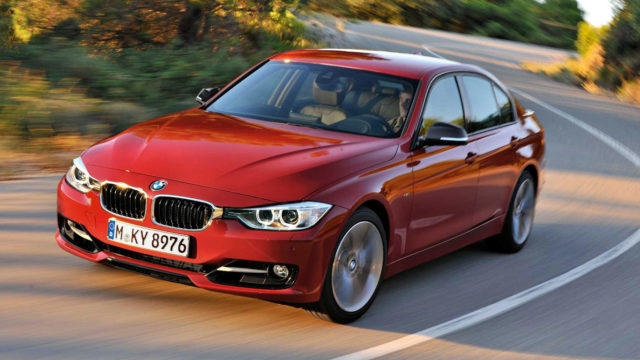 Take a BMW 320i, add an electric motor and, hey presto, a 330e is born. If any car can render the 330d obsolete, this is it. Its CO2 figure of 44g/km puts it in the 7% company car BIK band, making it a real winner for fleet users. At £33,935 (before the government grant), it isn’t cheap, but the fact that it can cover 25 miles using electric power is a good enough reason to give the 330e some serious thought. 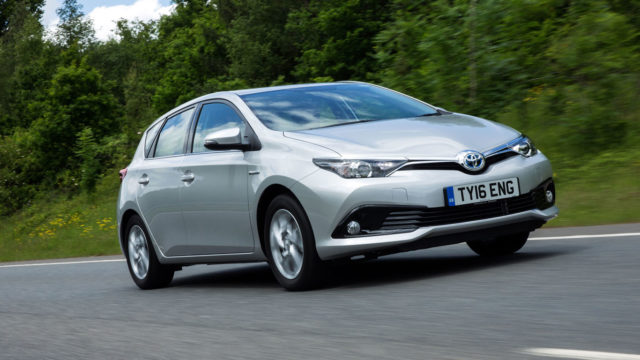 On the face of it, the Toyota Auris offers little to recommend one over say a Volkswagen Golf or Ford Focus. But the Auris Hybrid is worthy of consideration, not least because of the claimed 72mpg on a combined cycle. With CO2 emissions of just 79g/km, it’s also a good option for company car drivers. 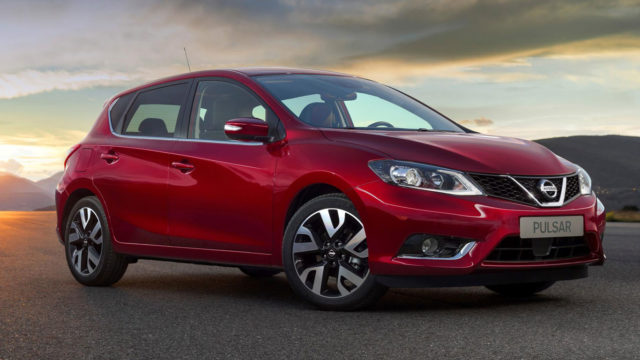 On the plus side, the Nissan Pulsar is spacious, loaded with a decent amount of kit and is smooth-riding. But it is, how can we put this, a little lacklustre when it comes to style and performance. However, in the 1.6 DIG-T 190 version, the Pulsar has a hidden gem (of sorts). The 190 stands for 190hp, and it’s as bonkers as it sounds. 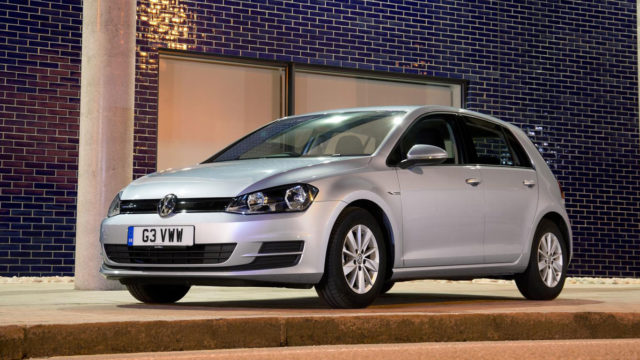 A 1.0-litre engine in a Volkswagen Golf – shouldn’t work, but it does. Its three-cylinder turbocharged petrol engine emits just 99g/km CO2 and could return 65.7mpg on a combined cycle. OK, so you don’t get that huge dollop of torque offered by the 1.6-litre TDI BlueMotion, but if you travel fewer than 10,000 miles in a year, it could be worth a look. What’s more, the 1.0 TSI is £1,500 cheaper than the diesel. 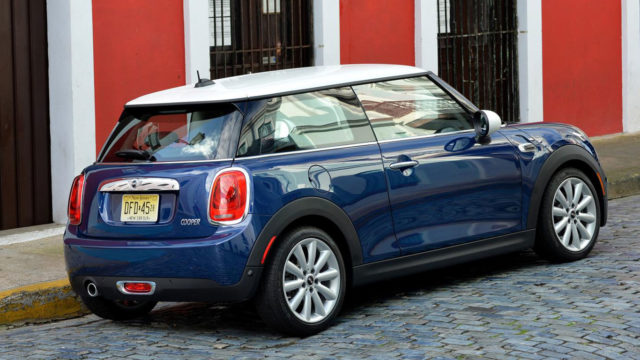 We adore the 1.5-litre three-cylinder engine in the MINI Cooper, more so than the 2.0-litre four-cylinder unit in the Cooper S. There’s plenty of low-end torque, while the engine comes alive as you approach the rev limiter. It’s the same engine you’ll find in the BMW i8, so its credentials should be in no doubt. 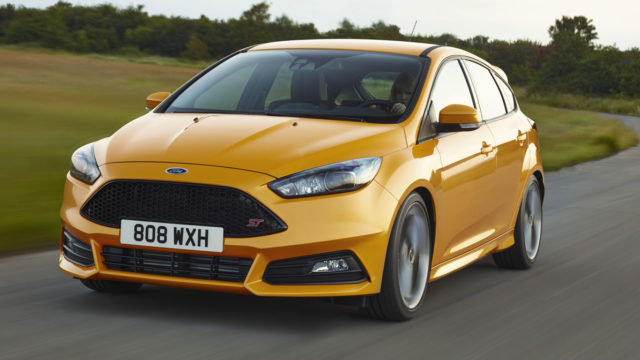 In 2015, Ford launched the first diesel-powered Focus ST, using the familiar 2.0-litre TDCi engine. As you’d expect, it trumps the petrol version when it comes to mid-range pull, with overall torque of 295lb ft – an increase of 30lb ft. We see no reason to dismiss the ST diesel, but the ST petrol remains just that little bit more fun. 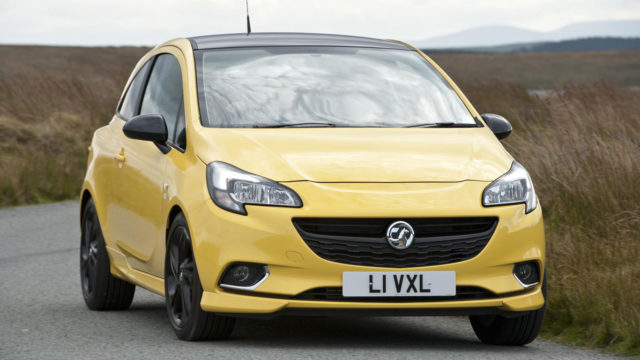 While you were sleeping, the Vauxhall Corsa turned into a rather good supermini. The 1.0-litre turbocharged engine is an undoubted highlight, feeling both refined and remarkably quiet for a three-cylinder unit. It can also deliver up to 64.2mpg on a combined cycle, with CO2 emissions as low as 102g/km. 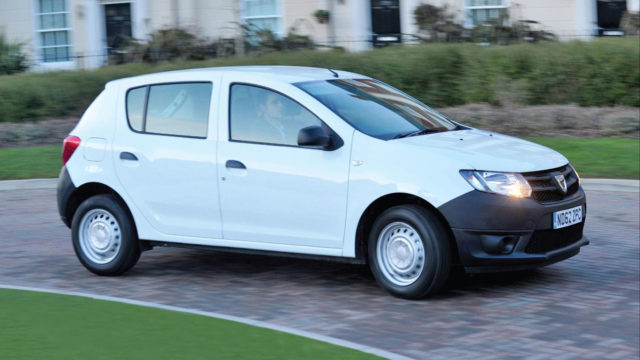 Hear us out, because there’s some method in our madness. The ageing 1.2-litre engine found in the Dacia Sandero Access might not be the last word in refinement and efficiency, but if you want Britain’s cheapest new car, you’re kind of stuck with it. At £5,995 in basic UN-spec trim, the Sandero is at its most appealing. 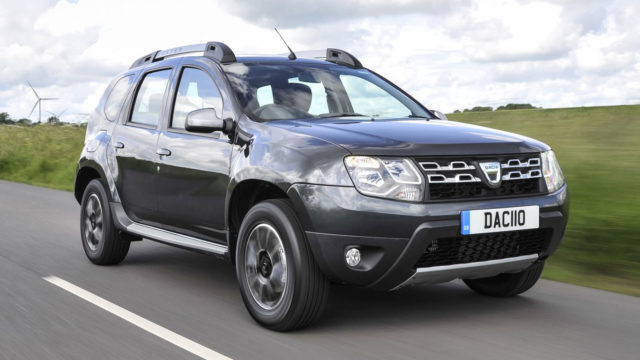 It’s a similar story with the Dacia Duster. If you want to spend as little as possible, you’ll need the two-wheel drive Access with a 1.6-litre petrol engine, which is priced at £9,495. Spend an additional £2,000 and you can enjoy the benefits of 4×4. However, if you fancy a Duster that doesn’t look like you’ve got a job as a UN envoy, you’ll need something like the car pictured. But that will cost you more… 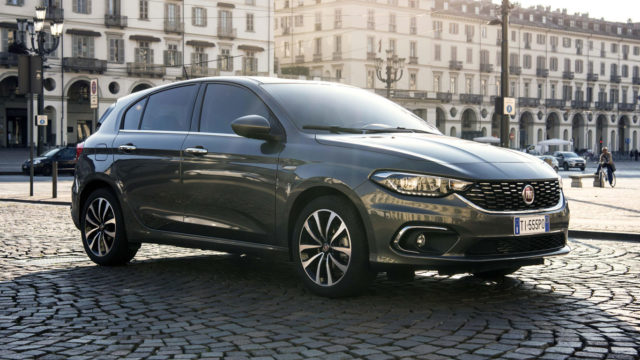 With prices starting from £12,995, the Fiat Tipo offers excellent value for money. By our reckoning, the more you spend, the less appealing it gets, so we’d opt for the cheaper 1.4-litre 16v engine. It offers just under 49.6mpg on a combined cycle, plus CO2 emissions of 132g/km. Not exactly groundbreaking stuff, but the Tipo isn’t without appeal. 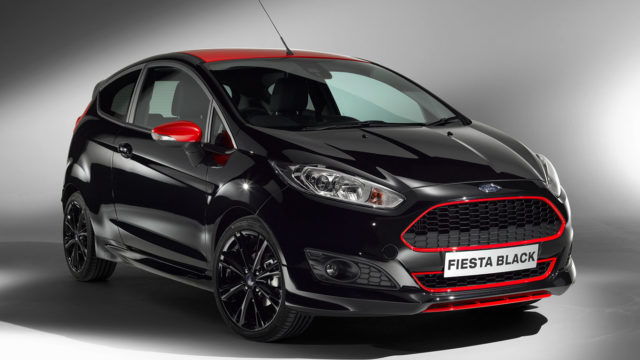 While the Ford Fiesta ST gets all the plaudits, it’s worth remembering the rather excellent 1.0-litre EcoBoost is also available. Opt for the Zetec or ST-Line Red and Black editions and you’ve got a Fiesta that’s almost as fun as the ST, but will be far more economical to run. Drive with a degree of restraint – which will be hard – and you could almost rival the diesel in terms of economy. 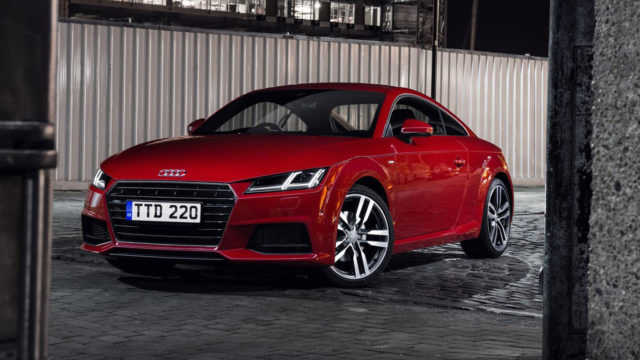 Admittedly, the 2.0-litre TDI Ultra engine and its 62.8mpg and 117g/km CO2 emissions is rather tempting, but when there’s a 230hp 2.0-litre TFSI engine on offer, why would you opt for the diesel? For us, the petrol engines are more in the spirit of the Audi TT. 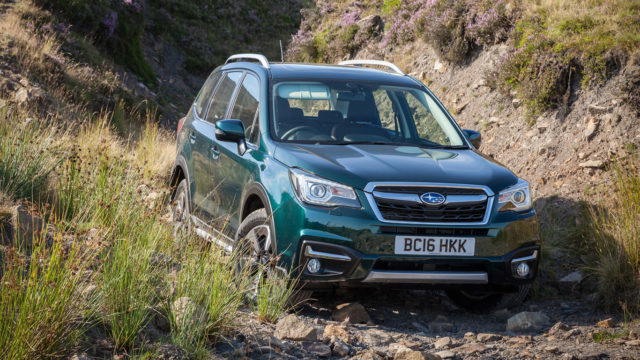 What car offers 240hp, 258lb ft of torque and is as good on the road as it is off it? The answer is the Subaru Forester 2.0 XT, which is a little like a WRX STI with 220mm of ground clearance. You just have to put up with 33.2mpg on a combined cycle. 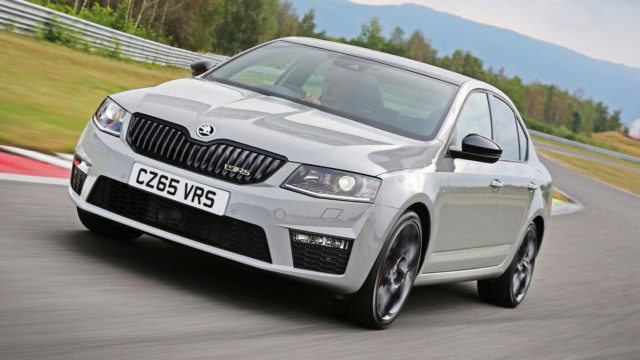 Skoda was one of the first carmakers to offer a diesel-engined hot hatch in the shape of the original Fabia vRS. Back then, the Octavia vRS was strictly petrol only, but all that changed with the launch of the Octavia II. You can order a Octavia vRS 2.0 TDI today, but you shouldn’t, not when there’s a 230hp petrol version available. Who needs a Golf GTI? 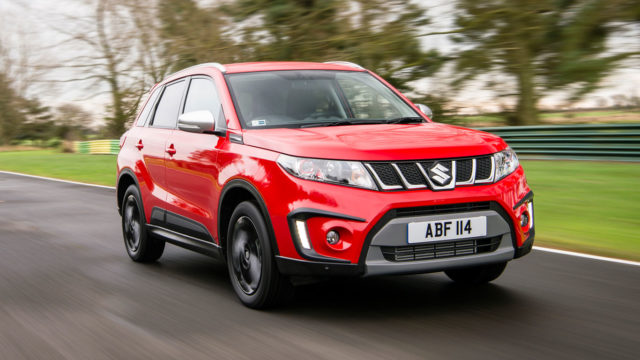 This thing is excellent, boasting a brilliantly named 1.4-litre Boosterjet engine, four-wheel drive and prices starting from £21,499. In manual guise it’ll ‘sprint’ to 62mph in 10.2 seconds, delivering economy of 52.3mpg. The 1.4-litre turbocharged engine is more flexible than the 1.6-litre diesel and petrol units, but it’s not available on the standard Vitara. But the Vitara S is so good, the others in the range could be rendered obsolete.