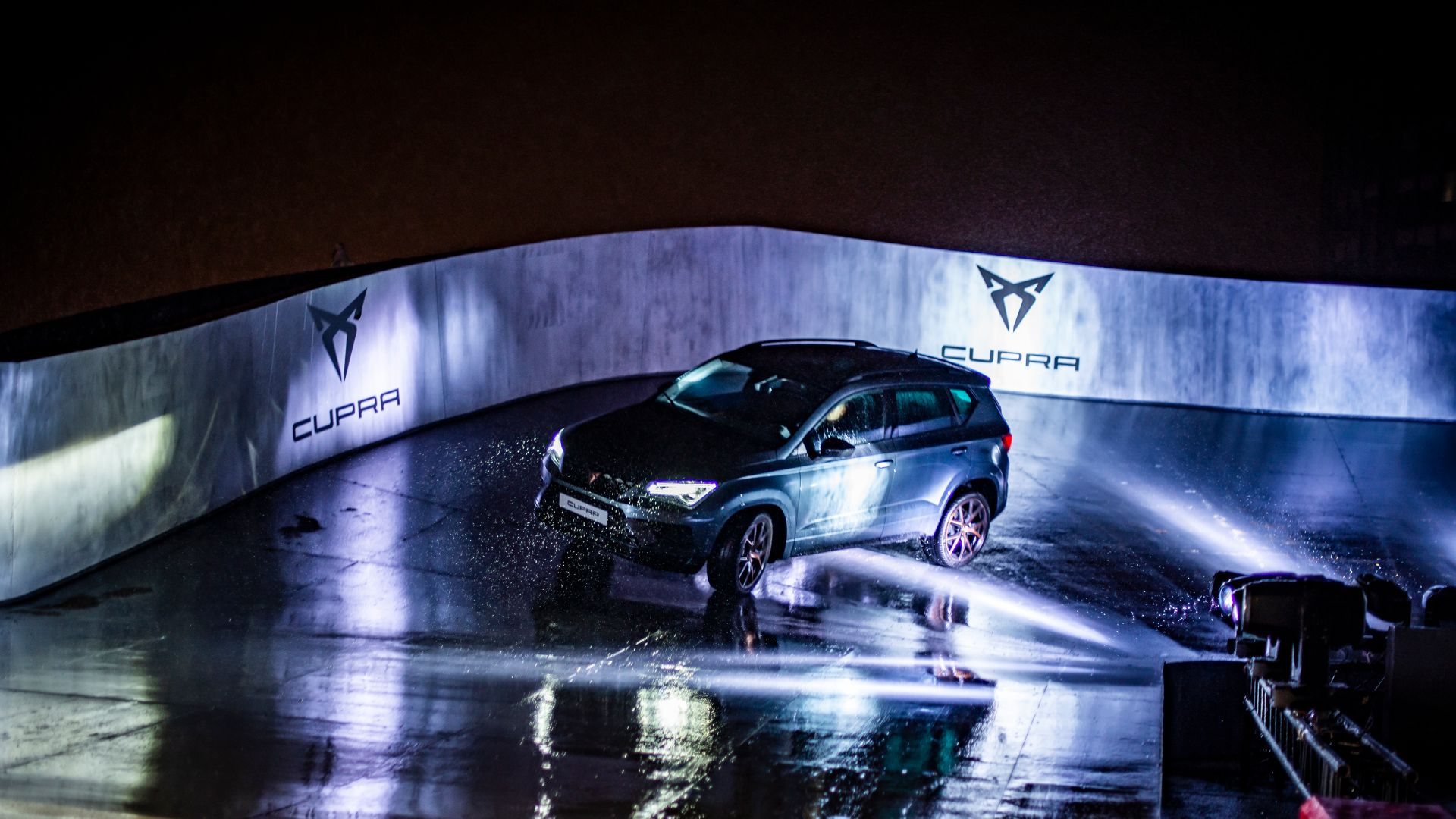 Cupra, the new performance offshoot of Seat, has built a racetrack on top of a building in Paris. Because what else do you do with leftover budget at the end of the year?

The track stands 27 metres above the Parisian streets, and is within sight of the famous Eiffel Tower.

It’s difficult not to draw comparisons to Fiat’s iconic old Lingotto test track, built on top of the factory, even down to the 21-degree banked incline on the final turn. 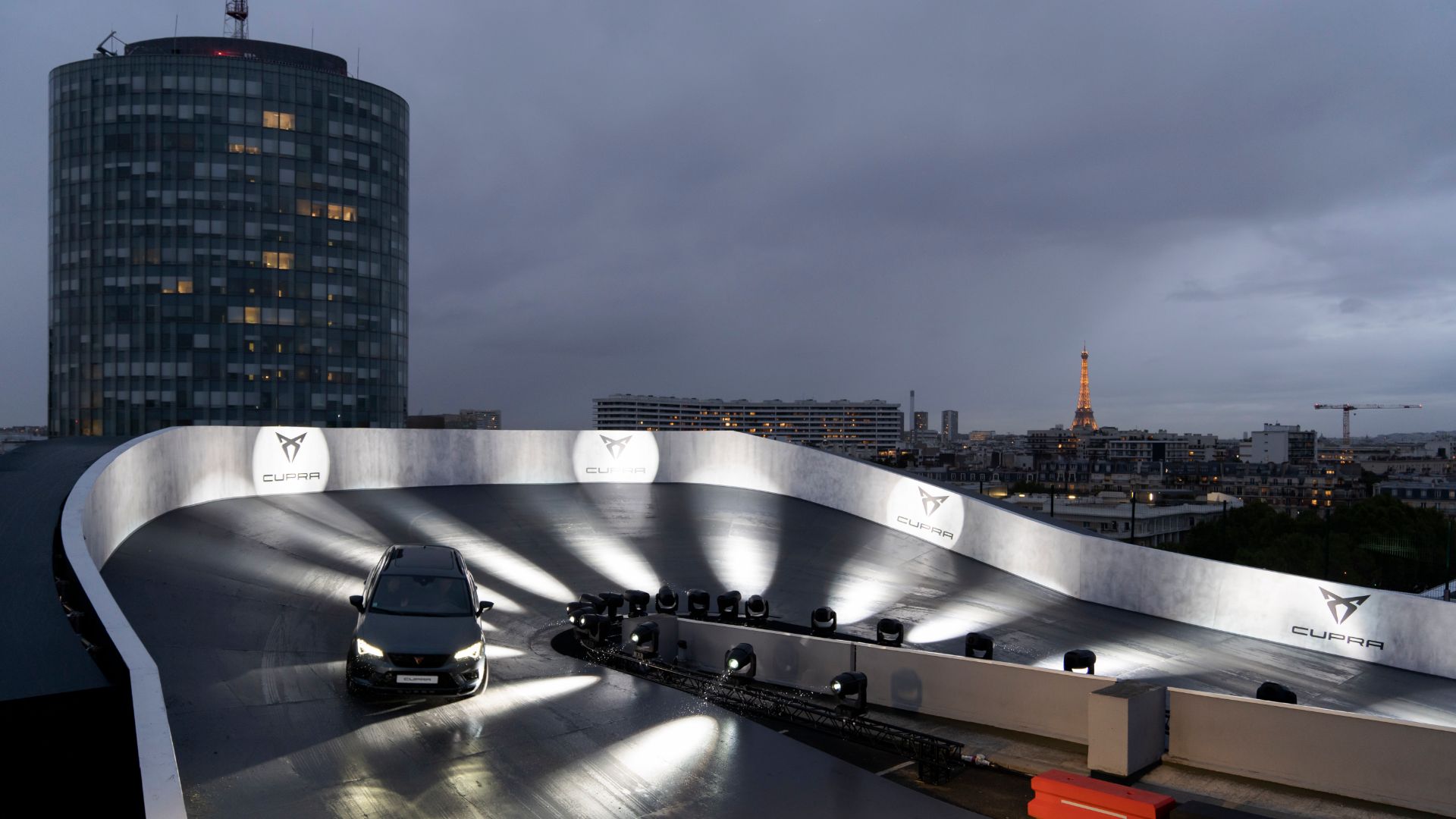 To put its Ateca SUV to the test on this circuit, Cupra called upon World Touring Car Cup racer Mikel Azcona. Switching from the Cupra TCR car to the Ateca, the 23-year-old claimed to be impressed with the car’s performance at the newly-built circuit.

“What impressed me the most is the aggressiveness it displays and its power output, in addition to how agile it is in the curves,” the racer said.

The incline allowed Azcona to reach 74mph. Brave, at such a height, on a track built in just six days. 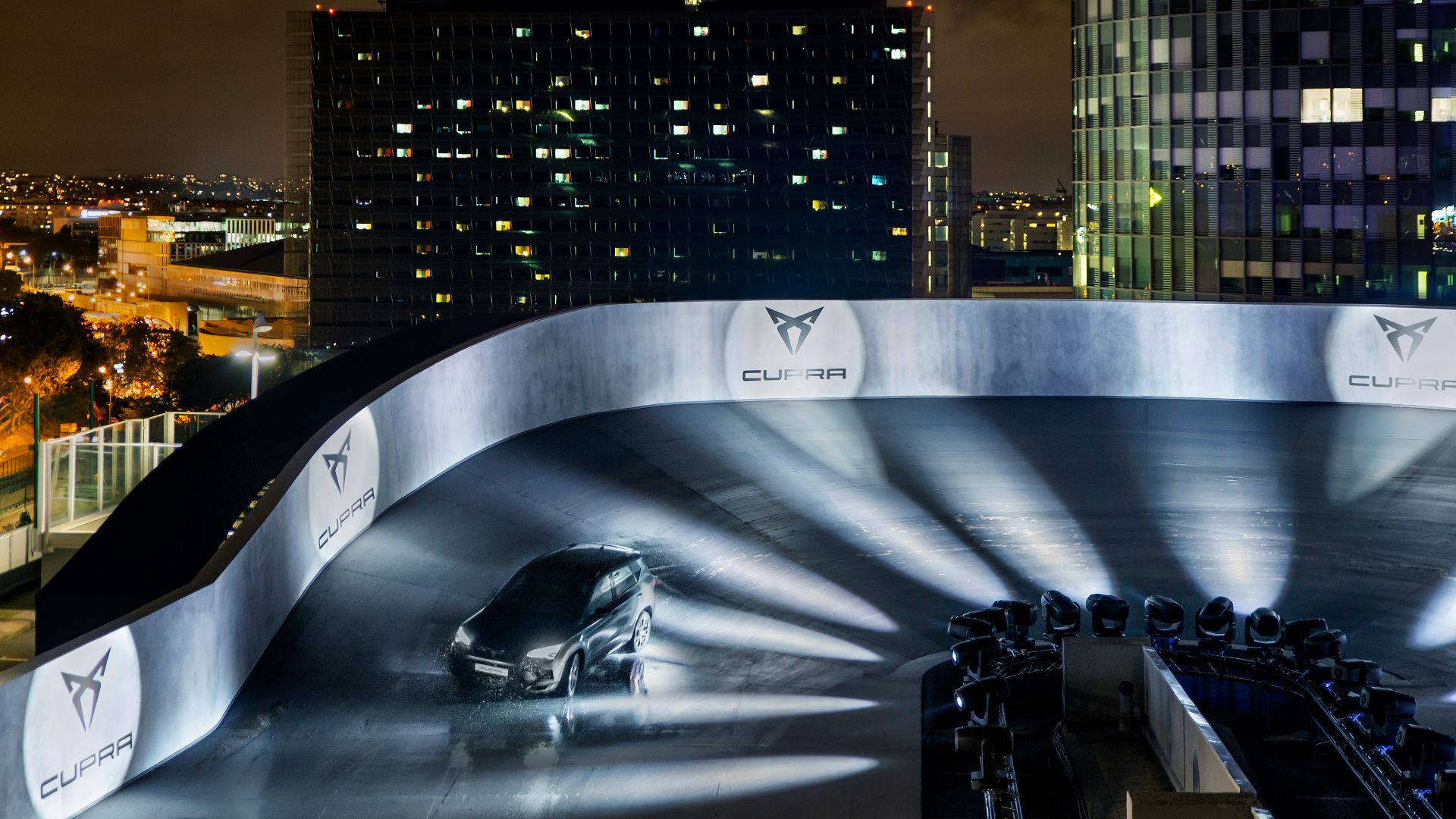 The Cupra Ateca has a 300hp four-cylinder turbocharged engine and can reach 62mph in 4.9 seconds.

To keep the SUV’s higher centre of gravity in check, Aczona had six driving modes to choose from.

“I’ve been to racetracks all over the world, but never on one like this with such spectacular views,” he remarked afterwards.